First things first: no, we didn't stay for the bat show. (But we did see the bat shows in Austin, Texas and Battambang, Cambodia. If you've never done this, put it on your bucket list! It's super cool.) 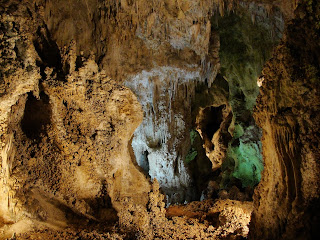 one of over 100 underground caverns


(Disclaimer: As with our Mammoth Cave visit, we had a hard time with photography. 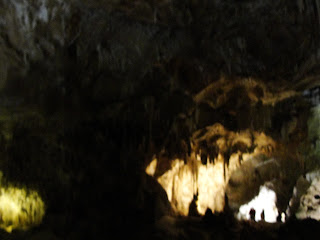 We did get a handful of nice shots, but none will do it the slightest bit of justice. You'll just have to go to Carlsbad Caverns and see it for yourself.)

Here's a recap of our visit...

The hikes. Substitute "tour" for "hike" here, it's all underground. There are two self-guided tours and one ranger-led tour (for which a fee applies). We opted for the self-guided Natural Entrance Route which hooked up with the other self-guided tour, the Big Room Route, at the bottom of the cave.

The Natural Entrance Route takes you along a mile-long path that descends 750 feet into the cave; this is the path that traditional cave explorers would have used. 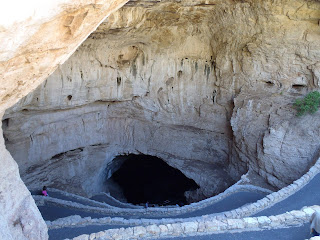 The path was steep, quiet for the most part, and just went on and on and on... This cavern is ginormous. We took our time descending, stopping often to look up and around at the utter vastness. It was really cool. 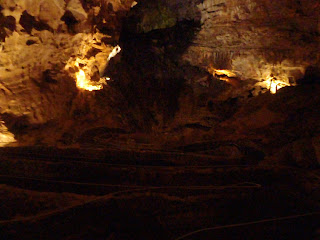 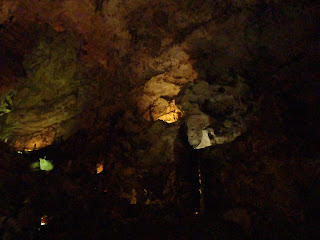 At the bottom we met up with the 1.5 mile Big Room loop route (and hundreds of other tourists), where we spent another two hours marveling at the beautiful limestone formations. There's a guided audio tour if you're into that sort of thing - we just meandered and said "WOW" a lot. 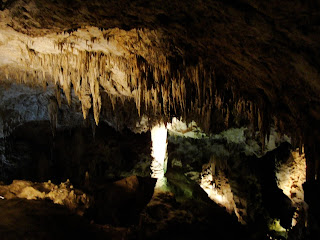 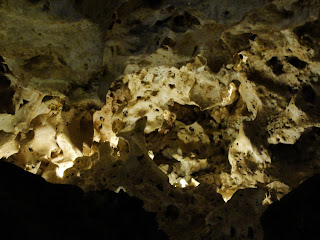 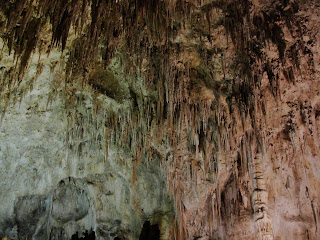 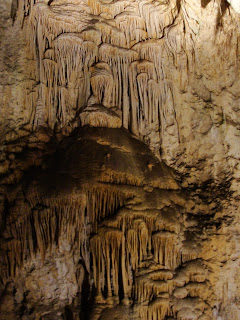 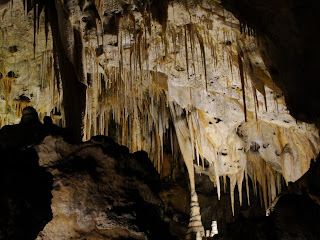 do you see the face too, or is it just me?

Three hours! We spent three hours in this cave! It got to the point where we seriously wondered if the loop would ever end. It's just enormous. Gorgeously enormous.

As an aside, I was a little leery about this park offering self-guided cave tours. Cave walls are so fragile and people are not always considerate. But the paths were placed far from the cave walls to prevent damage, and the park has implemented a "cave watch" program complete with hotline phones and rule reminders every .25 mile or so. 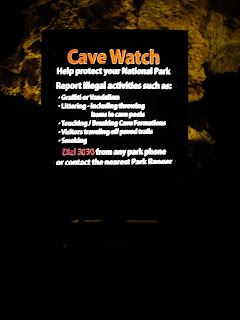 still think they should've called it the "Bat Phone" though

The campsites. There are none in the park - plan accordingly.

The food. There actually is an underground cafe at the bottom of the cavern. 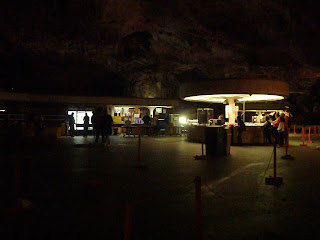 it was a little weird

We didn't eat there, but we did make a picnic lunch at the visitor center (where there is a regular bright and sunny cafe).

The summary. We did not expect to spend three hours here.  We should have known better.  If you haven't been - go! 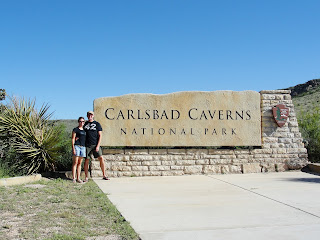 this place rocks
(no pun intended)

Next up: a little truth-seeking in Roswell, New Mexico - it's out there!
Posted by Jen
Email ThisBlogThis!Share to TwitterShare to FacebookShare to Pinterest
Labels: camping, united states, us national parks, us road trip