On not messing with Texas, part three.

By now you're probably getting tired of all these Texas posts. If so, just try to imagine LIVING THIS DRIVE IN REAL TIME. Austin to Balmorhea State Park in western Texas was probably the longest day of our lives... 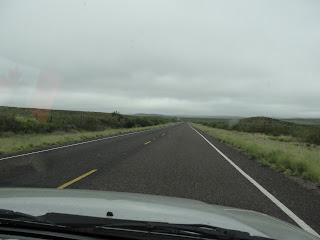 It was definitely the longest day of our road trip to that point, and in hindsight it was the second longest drive day of the whole two months. (And we were in Texas THE WHOLE TIME. It's just big, people.)

We did stop to visit the Lyndon B Johnson National Historic Park. The museum was really extensive and we learned a lot about his life and presidency, but we also learned a lot about Lady Bird. For example, in addition to her admirable humanitarianism efforts, she also worked tirelessly to preserve natural landscapes and resources across the US. The next time you see wildflowers on the interstate median, you know who to thank. 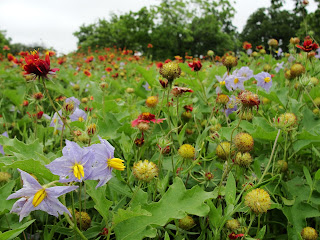 a Historic Park garden tribute to the Lady

We thought we'd spend a few minutes in the museum. An hour later we finally dragged ourselves away, not because we'd seen everything but because we still had many hours left on the road. It was definitely a worthwhile stop and it would have been interesting to visit the ranch had time permitted.

So yes, hours and hours later we finally arrived at Balmorhea State Park and lucked out with one of the last two available campsites. Patrick had chosen this park for two reasons. The first reason was that he really liked saying "Balmorhea" with a Braveheart accent ("Balmohhhhhrrraaaaayyyaaaaa!"). The second reason was more important - it was only an hour or so from Guadalupe Mountains National Park where campsites were first-come, first-served, and we were about to hit Memorial Day weekend. We wanted to get there as early as possible Friday morning to secure a spot and not have to move for three full days.

The campsite at Balmorhea was really, really nice (as were the other Texas state park campsites). Usually the summers there are really hot so each campsite has a shelter. In our case, it was unusually cold and raining so the shelter was definitely appreciated. 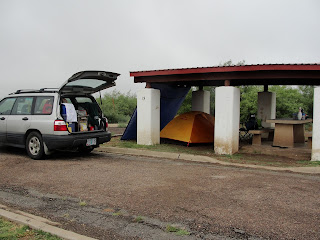 The campsite also had wildlife.  Rain and verrrry tired cameras prevented us from getting good shots, but here are a few fuzzy ones: 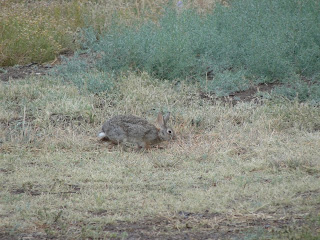 bunnies it must be bunnies! 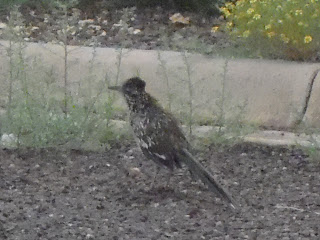 if he catches you, you're through 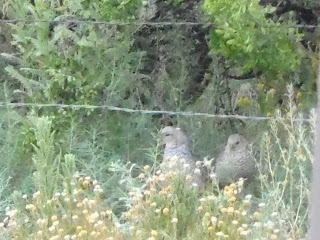 bet *these* guys can spell "potato" 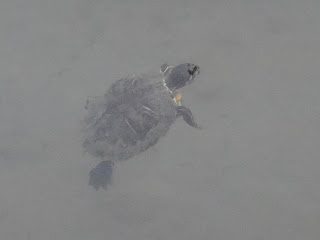 Balmorhea State Park is also where we finally ate that Trader Joe's chili we bought in Silver Spring, MD. (My main food goal for this two-month road trip: to land in Portland without anything we'd purchased on the east coast!) 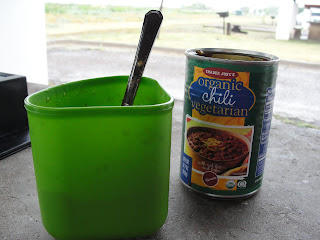 But wait - there's more! Balmorhea State Park is the world’s largest spring-fed swimming pool. It was built by the Civilian Conservation Corps back in the 1930's. The park is home to two endangered fish species (the Pecos gambusia and the Comanche Springs pupfish); the nature walk offers glimpses of these fish through an outdoor aquarium of sorts. 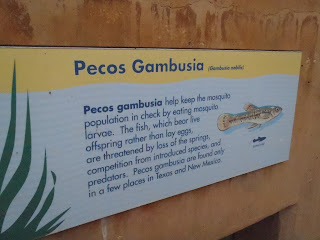 above each sign was a window into the creek... 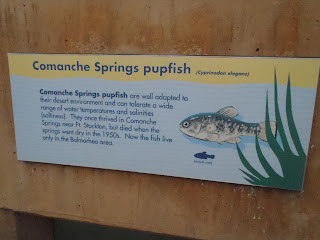 ... it was too dark to see anything when we took the walk though

And the spring-fed pool is HUGE! (Shocking in Texas, I know...) It was way too cold to swim but we did stick our feet in. 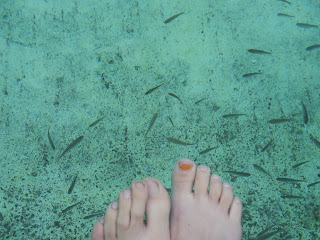 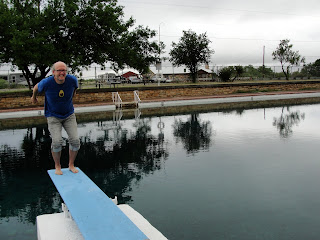 All in all, another National Geographic Road Atlas find for the win.

And then it was back to the highway again. 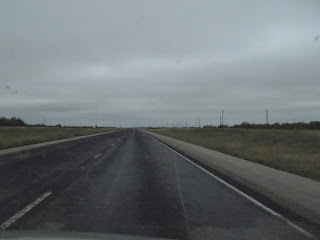 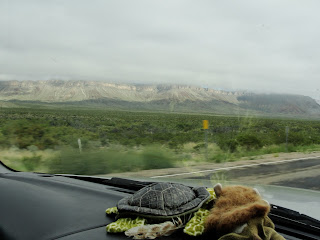