One day in Zion National Park.

Like Bryce Canyon National Park, everyone has heard of Zion. It's not flashy and exciting like Bryce or Arches, though - there is something much more subtle in the way Zion expresses its beauty. Its massive canyon walls and gentle rivers evoked a serenity like no other park we visited.

Judging by the lines of cars waiting to enter the park when we arrived, I'm pretty sure the entire country was visiting while we were there. Luckily, the park has mandatory shuttles (that run more regularly than the optional shuttles at Bryce) and we were able to spend most of our time on the trails rather than sitting in traffic.

Most of our short time, that is - our days were starting to run out and we could only spent one night in Zion if we wanted to hit our other destinations. Project management on the road: both a blessing and a curse sometimes...

The hikes. There are many options - too many for us to narrow down on our own, so once again we let the park ranger decide for us.

Day One: We didn't do The Narrows (where you walk in the river through the canyon) but we did walk along the Riverside for a bit. 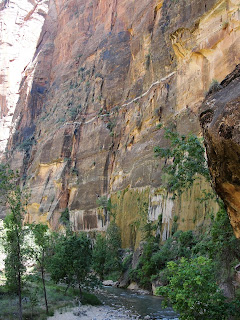 ... the panoramic setting helped
Then we headed over to the East Rim Trail and Observation Point. The ranger had said this was her favorite hike and we could definitely see why. 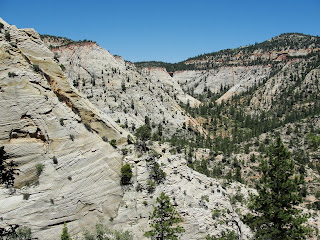 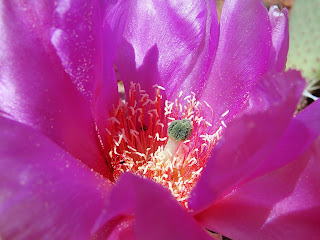 a few pauses for wildflowers 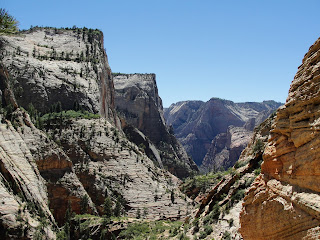 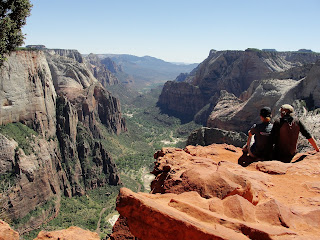 there
One of the more popular hikes in the park is Angel's Landing, so named because at one point only angels were thought to be able to walk along it. We saw the trail from the top of Observation Point... The very, very narrow trail. Really glad we didn't do that one. 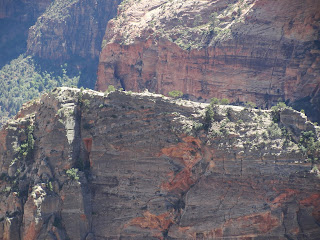 those little specks along the ridge are people
In the morning we headed out before dawn to catch the sunrise from Watchman Trail. 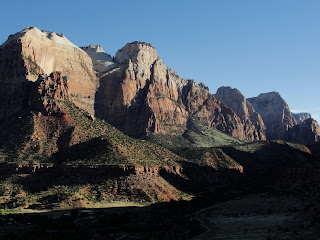 The campsite. There are two campgrounds, South and Watchman. We arrived at South campground around 9:30am to find cars already circling the camp looking for spaces. After about seven frustrating circles ourselves, someone called over to us saying that they were leaving and we could have their site. It was either our Subaru (they also had a Forester), or the Canadian flag in our window (they were from Calgary), or just general good travel juju (they were also carrying all of their earthly possessions and road tripping across the US). Maybe it was a combination of all three - whatever the cause, we were very grateful! 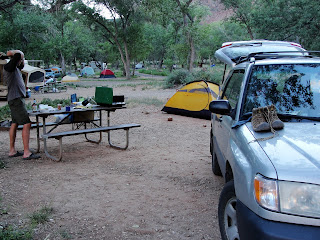 site #48 for the win
The next morning as we packed up, we kept an eye out for Canadian license plates circling the parking lot. No such luck, but although we couldn't pay it forward from the day before, we did end up giving our site to a really nice family from Portland, ME who are actually friends with the guys at Allagash. Good travel juju was definitely in the air at Zion...

The food. Boring stir fry with the best buttermilk biscuits we'd ever eaten. 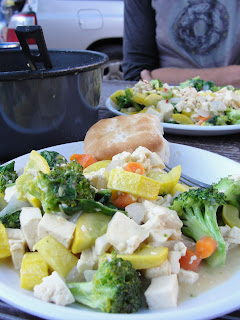 simple but tasty
The summary. Another stunning park. Way too much to see and do, one day was definitely not enough. When - not if - we go back, we're going to go in the off season... If there is such a thing at Zion! 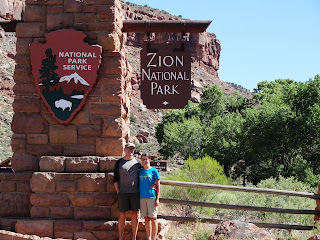