Overnighting in Nevada and Northern California.

After Zion and before Death Valley, there was Las Vegas. well, okay, first there was this... 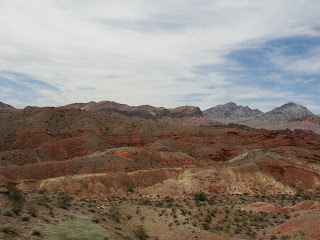 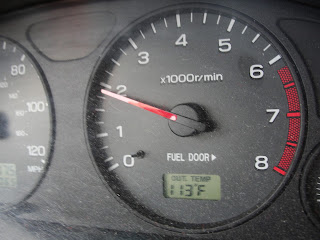 ... and this
We are not Vegas people, and we are usually not 113° people, but we are "catch up with traveling friends" people. We had hoped to just be able to meet up with Jen's kayak buddy from Antarctica and her partner to share a few hours of good conversation - we didn't expect to be treated to a homecooked meal, delicious wine (not from a box!)... and an invitation to stay in their beautiful home as long as we liked. 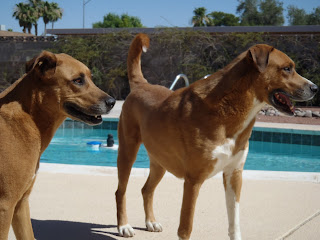 we were also treated to Dean and Frank's goofball presences
We seriously thought about it. (Did I mention our friends had air conditioning? And do you see that pool?)

After almost 800 days of travel, we'd been noticing that being temporarily comfortable made it very difficult to adjust back to life on the road. It wasn't just that, though. Utah really took a toll on us - it was absolutely stunning but the heat, the dust, the dry, the constant movement, the overloads of people and the overstimulation from all that beauty just exhausted us. Suddenly we were in a clean, comfortable, quiet space at our friends' house. If we stayed one more night we would seriously never leave.

So we left in the morning... begrudgingly.

On our way out of town we stopped by Red Rock Canyon National Conservation Area. It was still about 113° so we mostly toured the park from the comfort of our car. It was really beautiful and we bet it's amazing in the fall when temperatures aren't so ridiculous. 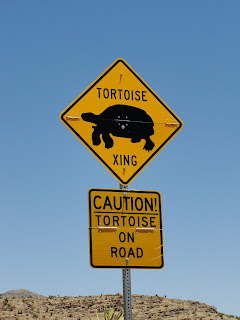 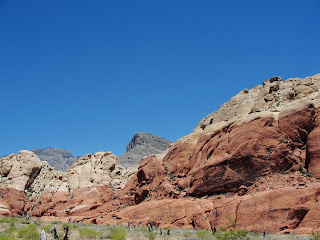 13 miles of scenic drives - the east side 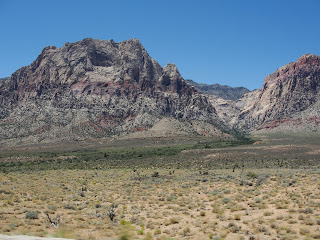 13 miles of scenic drives - the west side 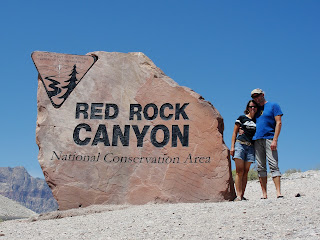 we were here
And then we went to Death Valley National Park, and that was good.

On our way north from Death Valley we stopped at Manzanar National Historic Site. At one point during World War II over 10,000 Japanese Americans and immigrants were held in this internment camp; many were held for over three years. The visitor center was very thorough and the ~3 mile tour of the grounds gave some perspective into what life would have been like. 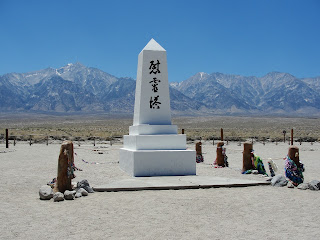 Manzanar cemetery
Like many things we saw internationally as well as domestically, it was pretty harrowing to be reminded of this side of our country's past. Without getting overly political I'll just say I know this type of thing is happening elsewhere in the world as I type, and I hope people recognize that and work to change it, and I also hope this is a history that doesn't repeat itself within our own borders.

Anyway, from Manzanar we continued north. Our goal was Mono Lake - but that was a pretty lofty goal as it was also Friday afternoon on a gorgeous weekend - so we decided not to press our luck. We stopped at Mammoth Lake instead, camping at the Devils Postpile National Monument campground and exploring that area for a bit over the next 16 hours. 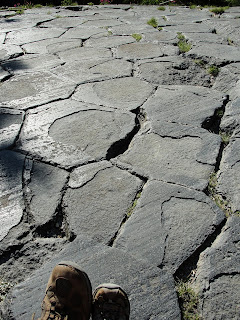 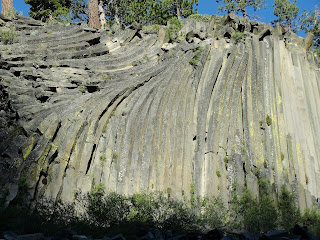 side view of the postpile (60 feet high!) 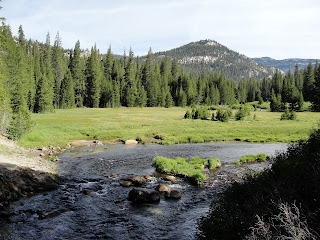 the most relaxing view we'd seen in weeks 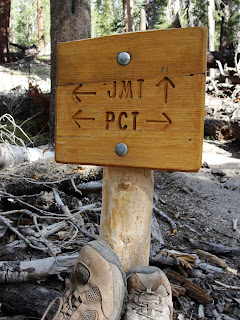 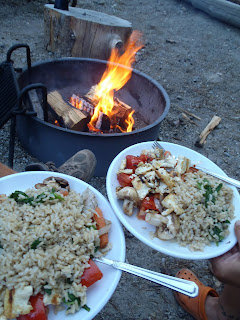 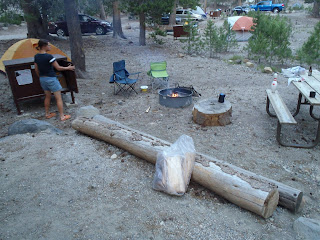 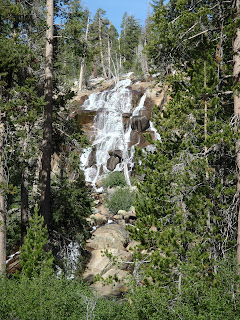 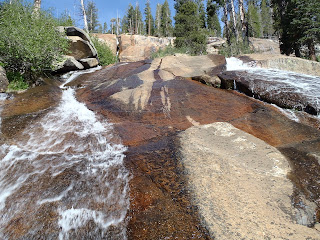 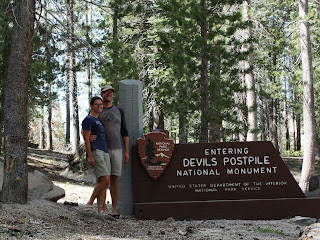 another amazing national monument
A few more pictures of all of this here. After our morning hike we continued north, passing Mono Lake... 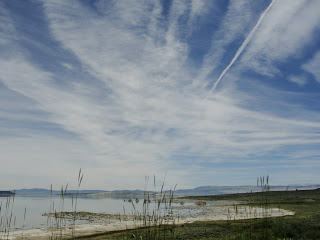 save Mono Lake!
(is that still a thing?) 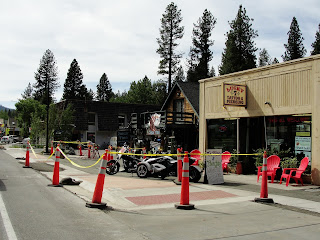 and Tahoe
(completely under construction, apparently)
... and we stopped briefly in Truckee to decide if we wanted to push on to Lassen National Park. It was 5pm, we'd been on the road since about 10am, and Lassen was another three hours of driving. Stopping around Truckee would mean weekend Tahoe(ish) campers; pushing on would mean more time in Lassen.
Shirking our whole "slowly" motto, we pushed on and endured the longest drive day of the past two months. Aventura! (Sigh...)
Posted by Jen
Email ThisBlogThis!Share to TwitterShare to FacebookShare to Pinterest
Labels: camping, united states, us road trip