"The Guadalupe Mountains are among the best examples of a marine fossil reef. Geologists come from around the world to marvel at this extraordinary phenomenon that formed 260-270 million years ago.

"During that time a tropical ocean covered portions of what is now Texas and New Mexico. Over millions of years calcareous sponges, algae, and other lime-secreting marine organisms precipitated from the seawater. Along with lime, they built up to form the 400-mile-long, horseshoe-shaped Captain Reef. 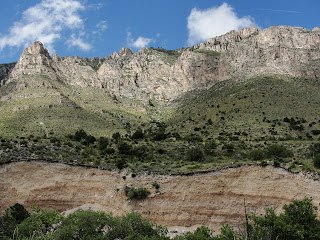 an ocean once ran through it

"Eventually the sea evaporated. As the reef subsided, it was buried in a thick blanket of sediments and mineral salts. The reef was entombed for millions of years until a mountain-building uplift exposed part of it. Today this ancient reef complex towers above the Texas desert in the Guadalupe Mountains..." ~ National Park Service brochure 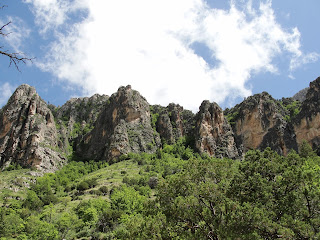 Frequent readers will know that I rarely paste a bunch of text from a brochure into a blog post. This time, though, I couldn't help myself - I can't even wrap my head around the concept of 270 million years, so any of my other words would never adequately summarize how these amazing mountains were formed.

Anyway. We knew nothing of this when we decided to camp at Guadalupe Mountains National Park over Memorial Day weekend. We just knew that we wanted to stay in a pretty, quiet place near Carlsbad Caverns National Park during that time. Mission (and so much more) accomplished...

The hikes. There are about 80 miles of trails, many of which intersect each other. We got recommendations from the rangers on the "must-see" hikes as well as where to avoid the holiday weekend crowds. (Helpful hint: always, always, always go to the ranger station for advice! They aim to please, and they usually succeed by tailoring their recommendations to your individual physical abilities and interests.)

Since we'd been going full-force for two weeks straight, we'd also decided to take shorter hikes and spend more time relaxing at this particular park over this particularly hot weekend. We ended up hiking almost 29 miles over three days... mission definitely not accomplished there.

Day One: first up was Devil's Hall, a 4.2 mile return hike to a narrow passageway in the cliffs. 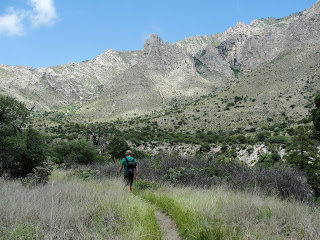 the early part of the trail -
hiking into the desert abyss 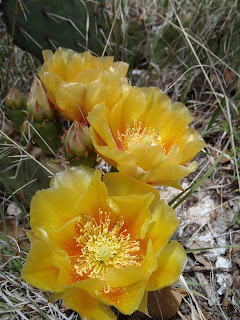 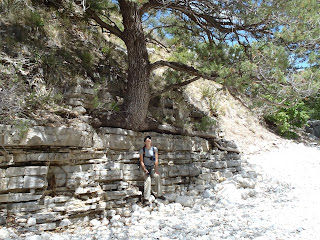 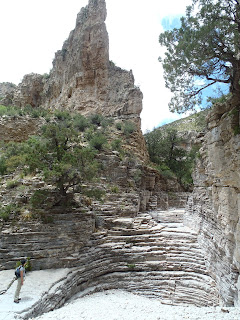 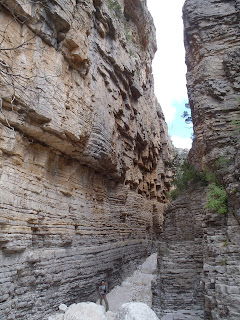 there - can't stop looking up 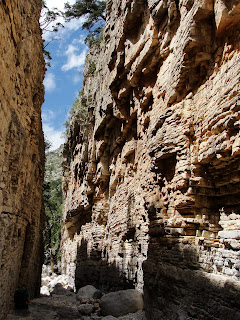 After marveling over that, we headed over to Smith Spring Loop for a 2.3 mile trek with great 180° views. 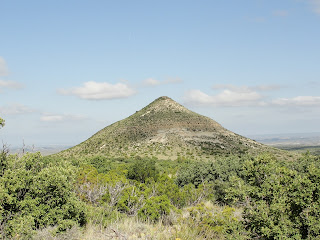 I was obsessed with this conical mountain the whole time 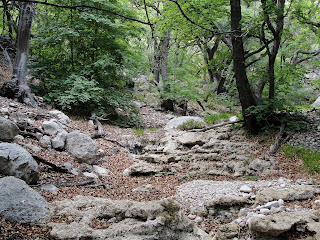 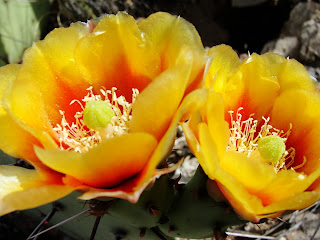 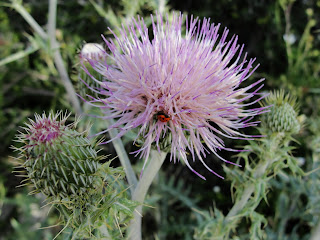 these were pretty too

Day Two: we conquered Guadalupe Peak, the highest point in Texas! It was an 8.4 mile return trek with 2500' elevation (so, approximately 75% as heinous as Kings Mountain, Oregon, for you local readers.) 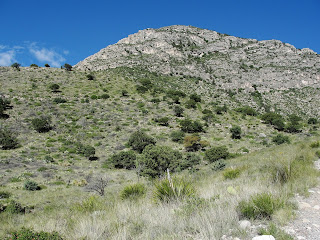 our eventual destination:
behind that giant rock, off in the distance 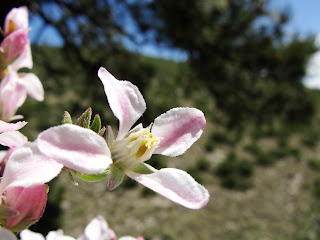 so many wildflowers along the way 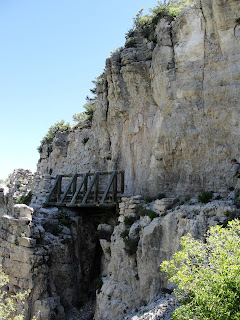 yep, we walked across that 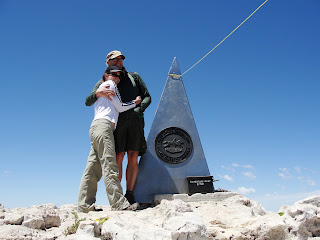 8751'
(ignore the ham radio line from a local tourist...
we also had to wait in a bit of a line to get this picture - yay for holiday weekends!) 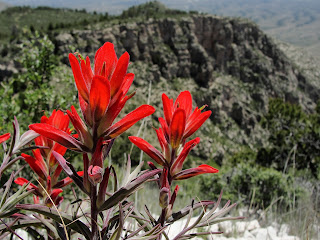 first paintbrush of the season

our view on the way down 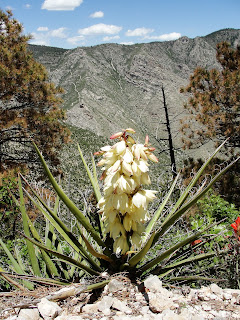 (I was also obsessed with yucca flowers) 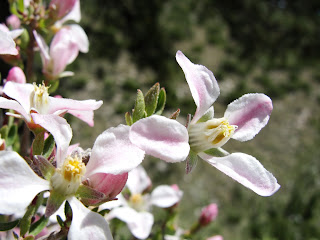 (OK, fine, I was kinda obsessed with ALL the flowers)

After the peak hike we decided it would be a good idea to walk another 0.7 miles around the nature trail near the visitor's center. Because, you know, we weren't exhausted or anything.

The trail had lots of informative signs about the local plant life. 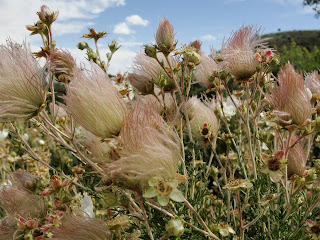 finally learned that this gorgeous plant is apache plume

The nature trail ended at a monument to the Old Pinery Station. This was a stop on the pre-pony-express mail delivery stagecoach that once delivered 12,000 letters from San Francisco to St Louis every 25 days. 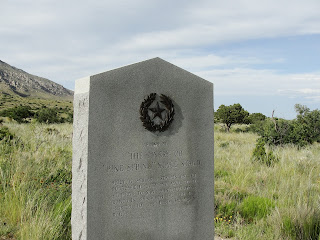 Day Three: one of the rangers had recommended McKittrick Canyon (part nature, part historic) so we headed there early to beat the heat. 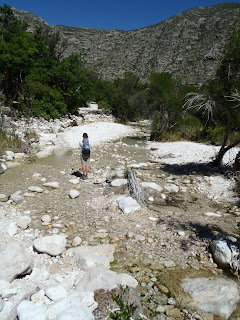 walking on the bottom of a very old ocean 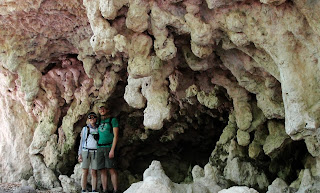 Along the trail we ran into a guy we'd met on the Guadalupe Peak hike who suggested an alternate trail that offered great views of the canyon. We followed his advice...

Afterward we decided it would be a good idea to do the Foothill/Frijoles 5.5 mile loop. (They're just knees, we don't really need them.) 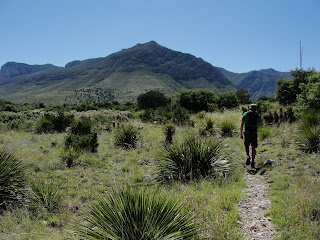 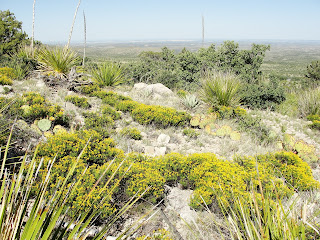 The campsite. There are two campgrounds in the park. That Friday morning we got to the southern campground just in time - there were about five sites available when we arrived; 30 minutes later they were all taken. 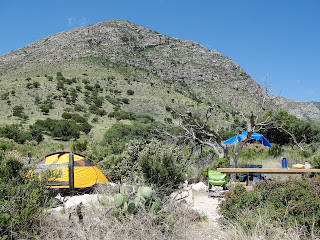 (I mean, would you care about no shower?) 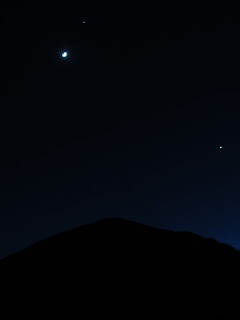 (what about if you were able to watch Gemeni rising over a crescent moon,
would you care about a shower then?)

Our route didn't go near the northern campground so we can't speak to that one.

The food. Normally when it's that hot, we keep things simple and opt for fresh salads. But our cooler is very small, ice at the park is expensive, and the closest market is probably an hour's drive away, so we had to plan our meals carefully. Canned tomatoes, pre-cooked brown rice from Trader Joe's and quick-cook rice noodles saved the day. 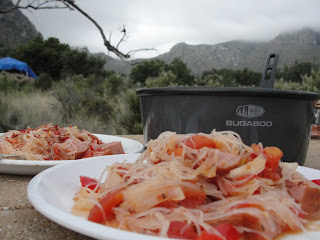 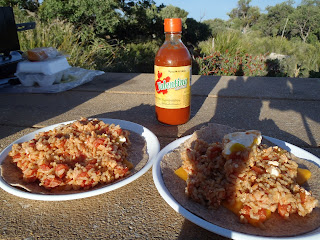 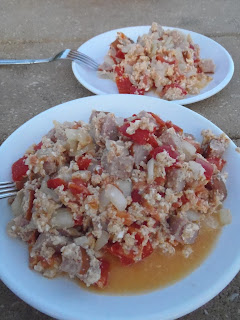 dinner #3: not really sure what this was, actually...
after 29 miles we would've eaten just about anything

The summary. If these pictures haven't convinced you to visit Guadalupe Mountains National Park, I'm afraid I can't really help you. It's a beautiful, less-traveled space and we highly recommend it.

Next up: yet another cave!
Posted by Jen
Email ThisBlogThis!Share to TwitterShare to FacebookShare to Pinterest
Labels: camping, united states, us national parks, us road trip