Hot Springs National Park in less than an hour.

Hot springs are rarely on our "must do" list - the only ones we visited over the past 26 months were next to ancient Roman ruins and you couldn't exactly bathe in those.

But we were passing directly by Hot Springs National Park on our way from Mammoth Cave to Texas, so we stopped for a photo op. 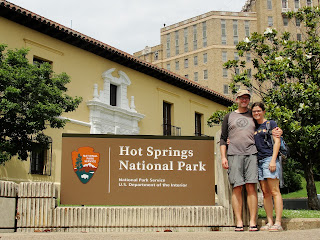 This must be the weirdest national park in the US.  It's definitely the smallest, and the oldest - Hot Springs is 40 years older than Yellowstone.  We toured around a bit while we were there... 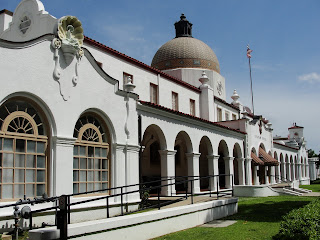 What is now Hot Springs National Park was once "the nation's health sanatorium" - a spa retreat prescribed by physicians to treat a range of ailments. 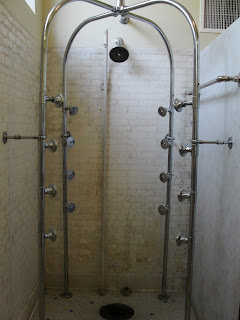 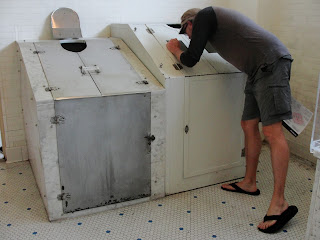 The early 1800s facilities were primitive but 100 years later, they had improved significantly. Efforts were taken to ensure availability to everyone, rich and poor. (Although African Americans employed in the main facilities couldn't use them, they did have their own facilities nearby.)  Over a million visitors a year visited the park back in its heyday. 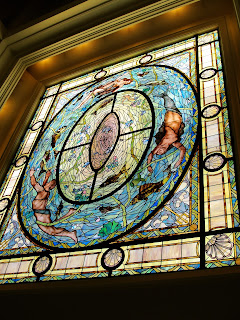 Tourism declined in the 1950s and the bathhouses fell into disrepair until the 1980s when the National Park Service started looking into restoration. 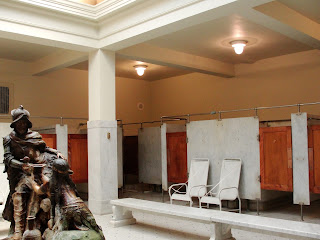 Today the "park" is free; yes, it's a weird park but the self-guided tour of the bathhouse museum is definitely worth an hour. 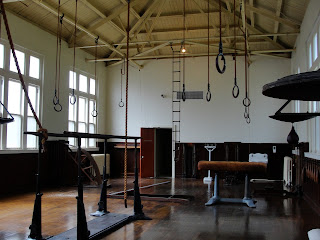 You can also still take baths in the springs for a fee (we didn't do this). The park is located in downtown Hot Springs so it's easy to explore the town too.  I'm not sure there's much going on, other than bars and cafes and a few random other things... 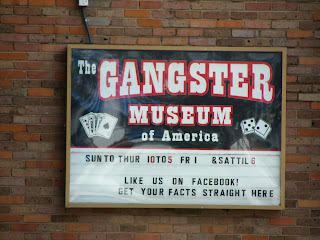 we didn't do this either
(but we did seriously consider it)

The hikes. We didn't do any, but there are a few paths in the woods nearby. Presumably these were created for the spa patrons. There's also an observation tower featuring "spectacular views of Hot Springs"... We didn't do this either.

The campsites. There is one but the lady at the visitor center really undersold it so we didn't even stop to check it out. Instead we headed to Lake Ouachita State Park (which was lovely!).

The food. We wouldn't know.

You can see the exact same pictures above here. We didn't take many pictures.

Sorry for half-assing our visit to you, Hot Springs National Park! We're sure your baths and your town are great. Not every national park is for everyone, though...

Next!
Posted by Jen
Email ThisBlogThis!Share to TwitterShare to FacebookShare to Pinterest
Labels: camping, united states, us national parks, us road trip