No, seriously - do not mess with Texas.

Before we get to the Guadalupe Mountains National Park recap, I'm going to drag these Texas posts out just a bit more. (Did I mention that we spent FOUR LONG DAYS driving across this state? You're getting off easy.)

But first, a story.

Patrick has a habit of greeting people with "howdy." He used this greeting whenever we encountered westerners in Morocco, in Cambodia, in Darwin, in North Carolina... Pretty much everywhere you wouldn't want to be mistaken for a Texan, he greeted people with "howdy." I'm not sure why, seeing as how he's from Eugene, but that's a story for another day.

We crossed the Lone Star state line and suddenly he was Mr. Hello. It wasn't conscious - it just happened, "howdy" magically disappeared from his vocabulary. And then several days later we crossed the state line into New Mexico and he was back to "howdy" again.

It was very odd.

This story has nothing to do with not messing with Texas... (Or does it?!)

These photos, on the other hand, illustrate the point rather well: 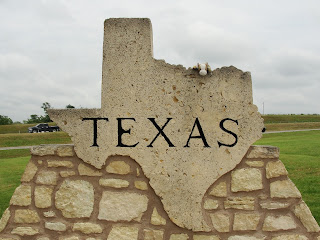 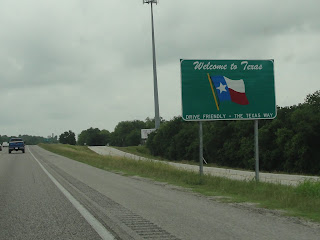 "friendly - but don't mess with us" 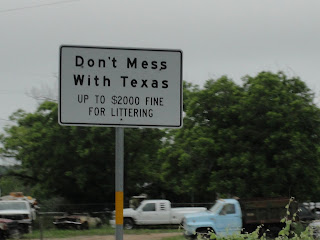 it's on THEIR GOVERNMENT SIGNS,
for pete's sake 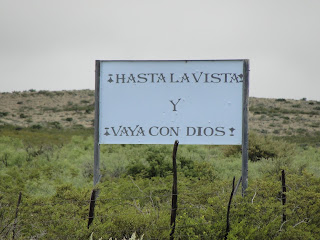 Texas: the only state that doesn't thank you for visiting
or hope that you'll come back soon

Texas was big. Texas was hot. Texas was rainy, oh so rainy (although we did miss the worst of it). Texas was kind of exhausting. Texas might have been the start of our my extended cranky phase, in fact.

We found some gems but in general, Texas was not for us. Maybe we misunderestimated it? (Come on, you knew that was coming.) 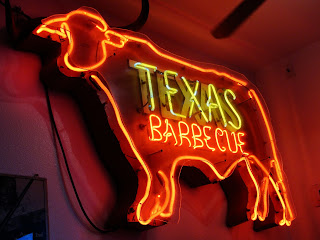 (in all fairness, this is possibly
the most beautiful sign in the world)

The Guadalupe Mountains National Park recap is next (I promise), and then it's happy trails to you, Texas!
Posted by Jen
Email ThisBlogThis!Share to TwitterShare to FacebookShare to Pinterest
Labels: camping, united states, us road trip