(Ed. note: This is going to be a lot of blah blah blah that will probably get kinda boring kinda fast unless you've been there and can relate, or you really want to go one day.  Suffice to say - we absolutely loved Göreme and the parts of Cappadocia that we saw.  We loved the mystique, the calmness, the strangeness, the pureness, the smallness and yet the vastness.  We loved the feeling it gave us - we are mere specks in this crazy, crazy Universe with its endless timeline!  We were noticeably sad the day we had to leave.  And we can't wait to go back someday.)

Göreme was fascinating.  Fascinating and awesome and amazing.  From the moment we stepped off the bus to the moment we left, we constantly looked around and wondered where we were - the moon?  Another planet? 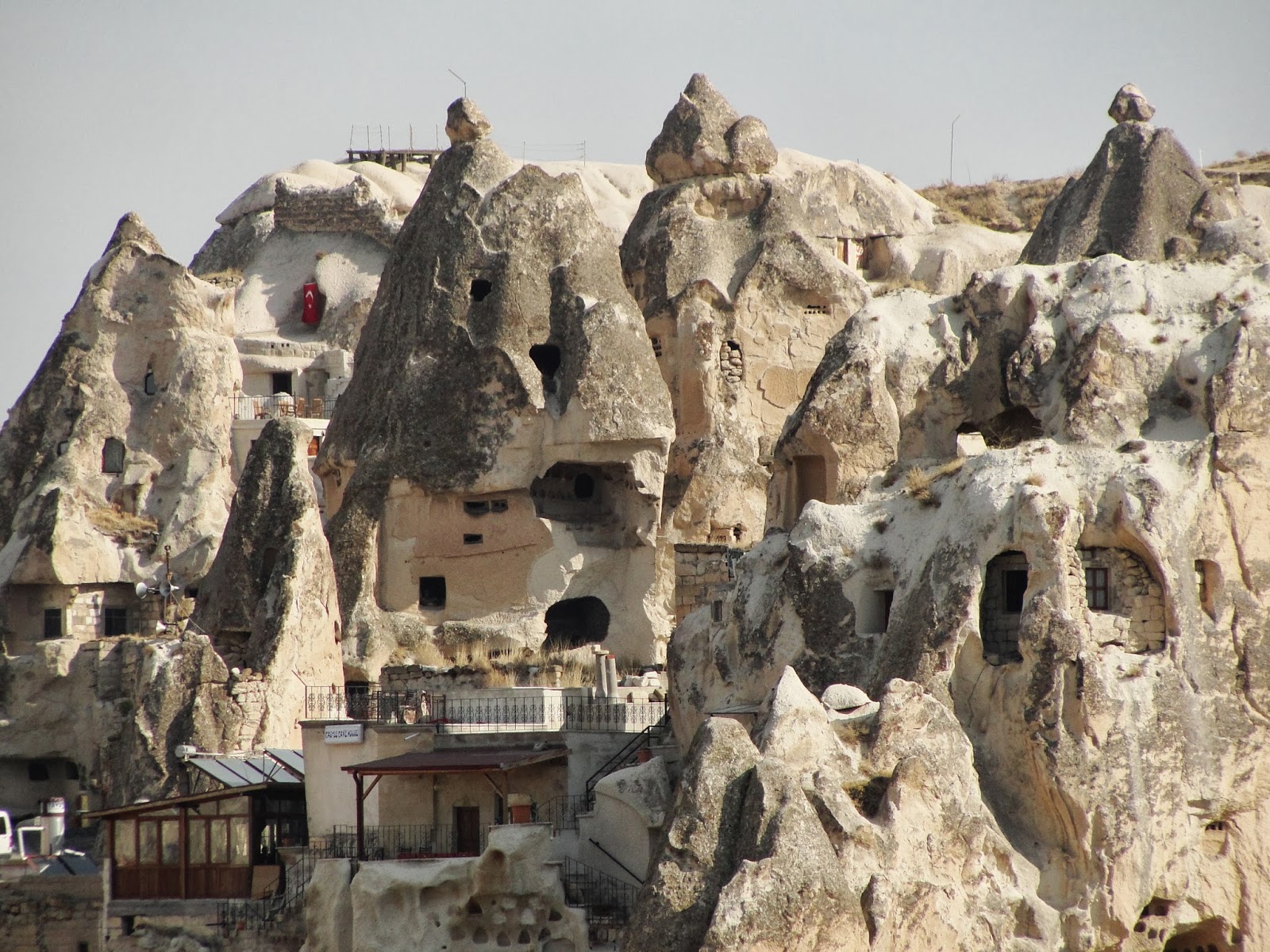 no, just the middle of Turkey

Sooooo many pictures, some are here, many others are here.  We spent three full days exploring the town and surrounding area.  Everywhere we looked, there were incredible caves carved into the hoodoos.  The rock was soft enough to easily shape, but sturdy enough once the wind hit the walls that people were able to build multi-level houses. 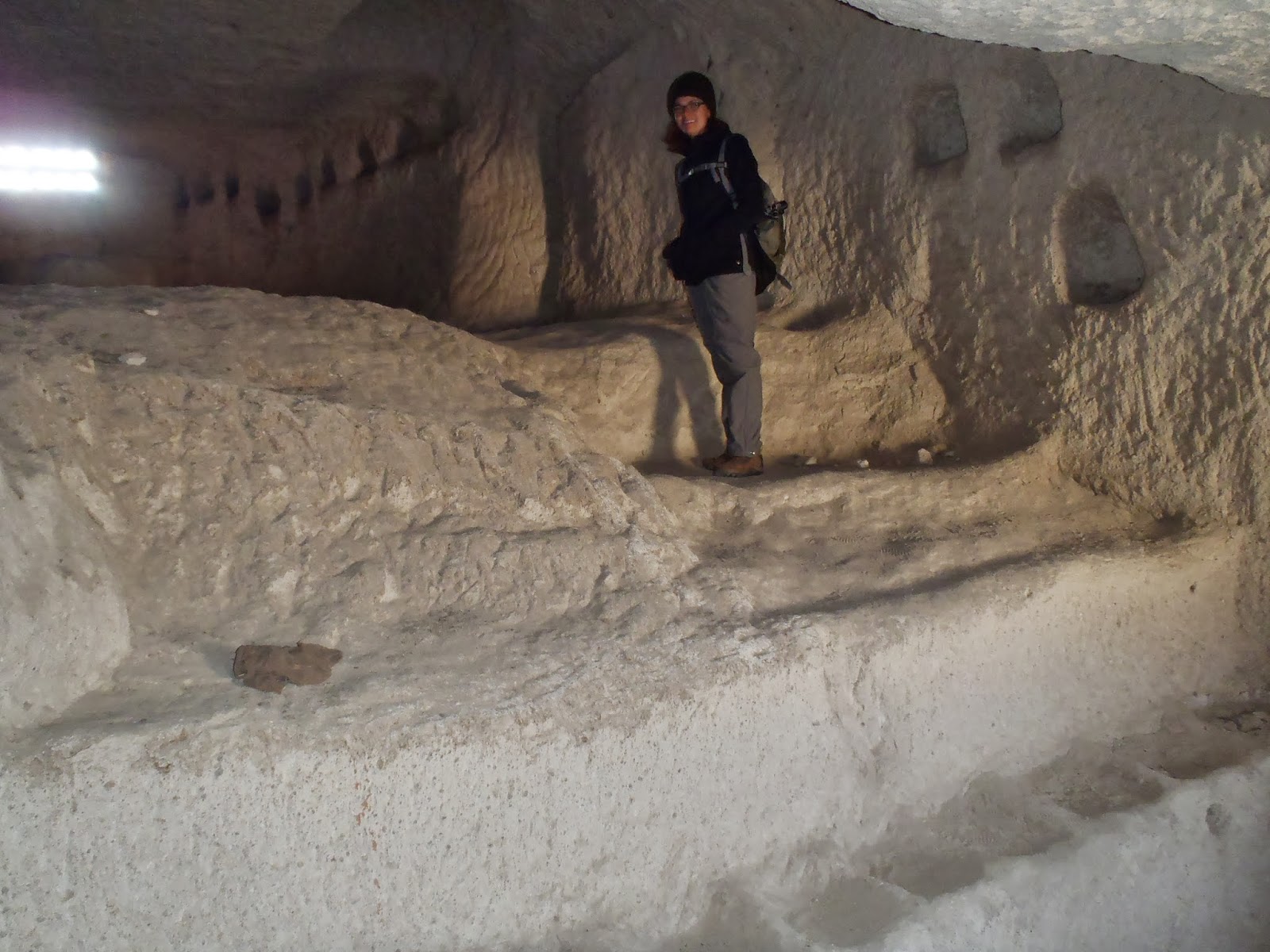 mcmansions of days past 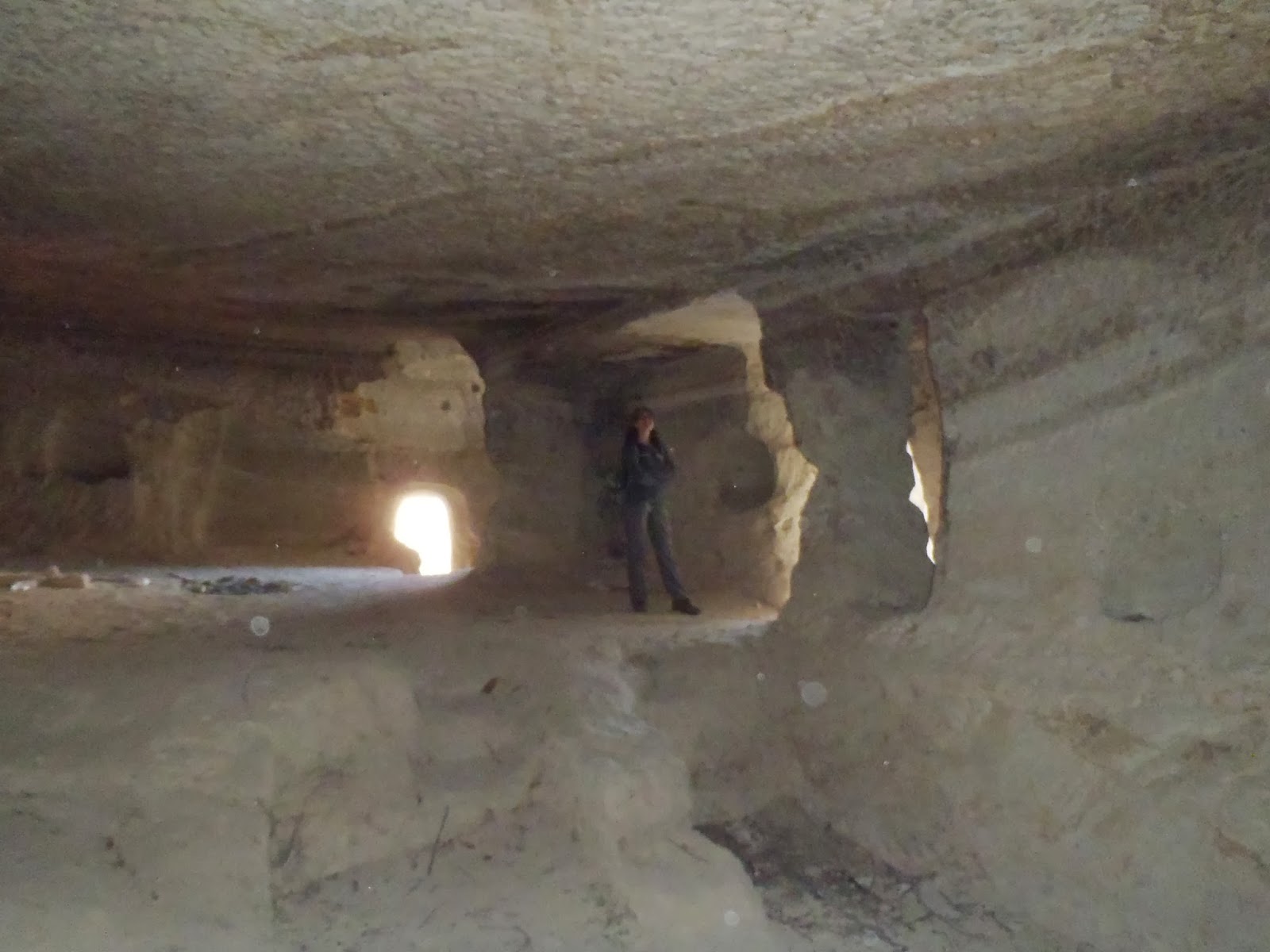 with lots of nitches for wall storage
(or TVs) 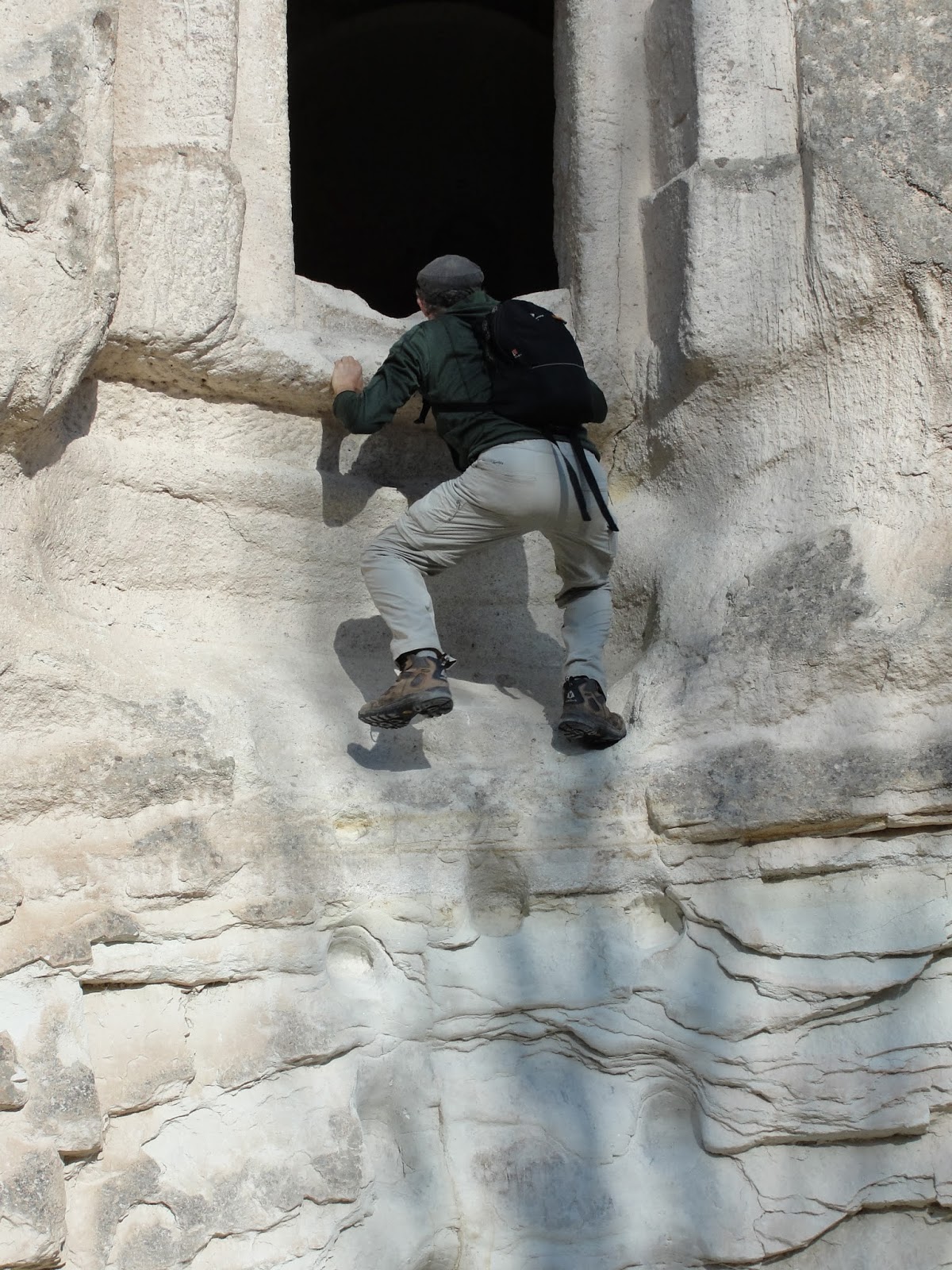 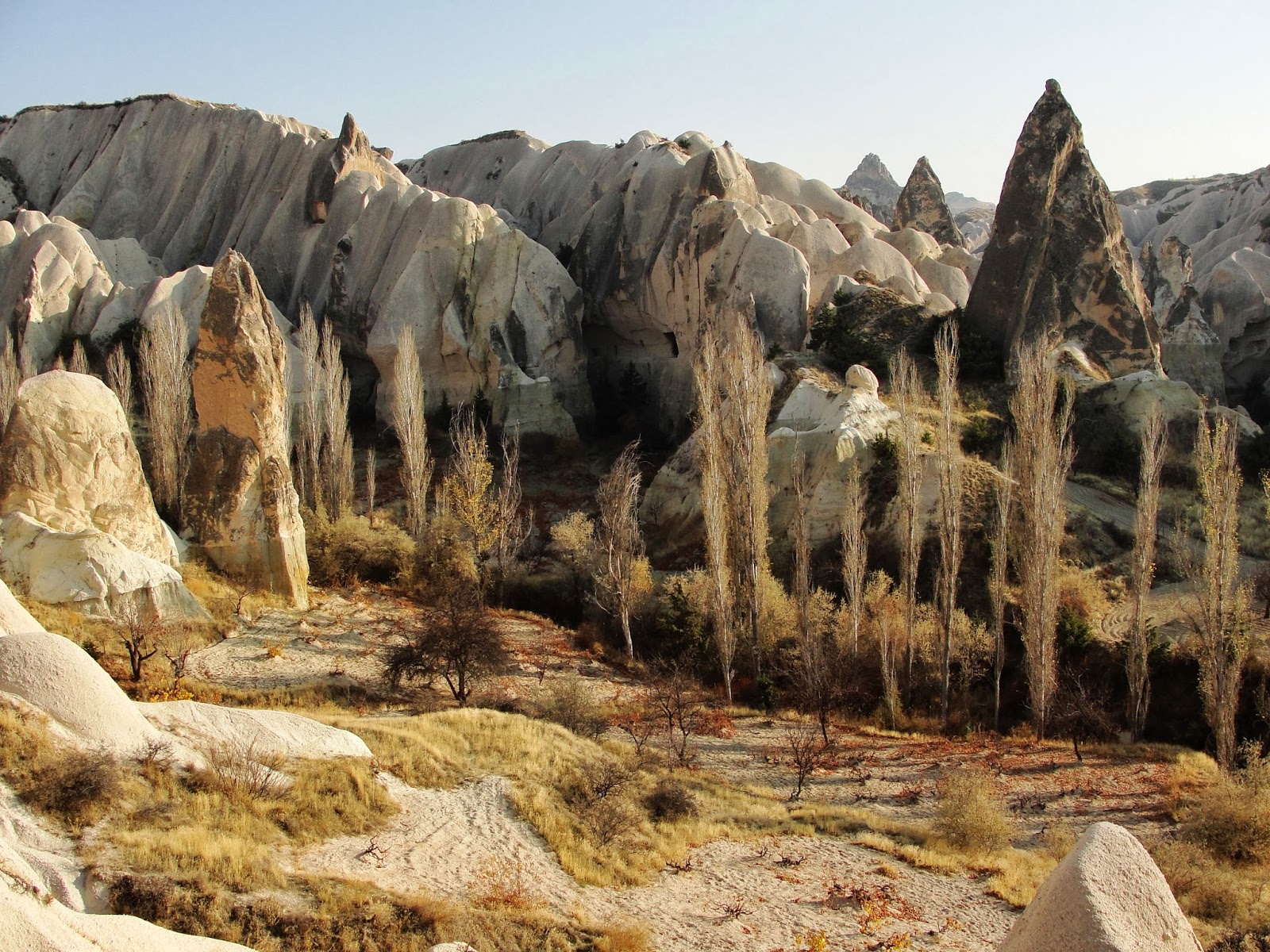 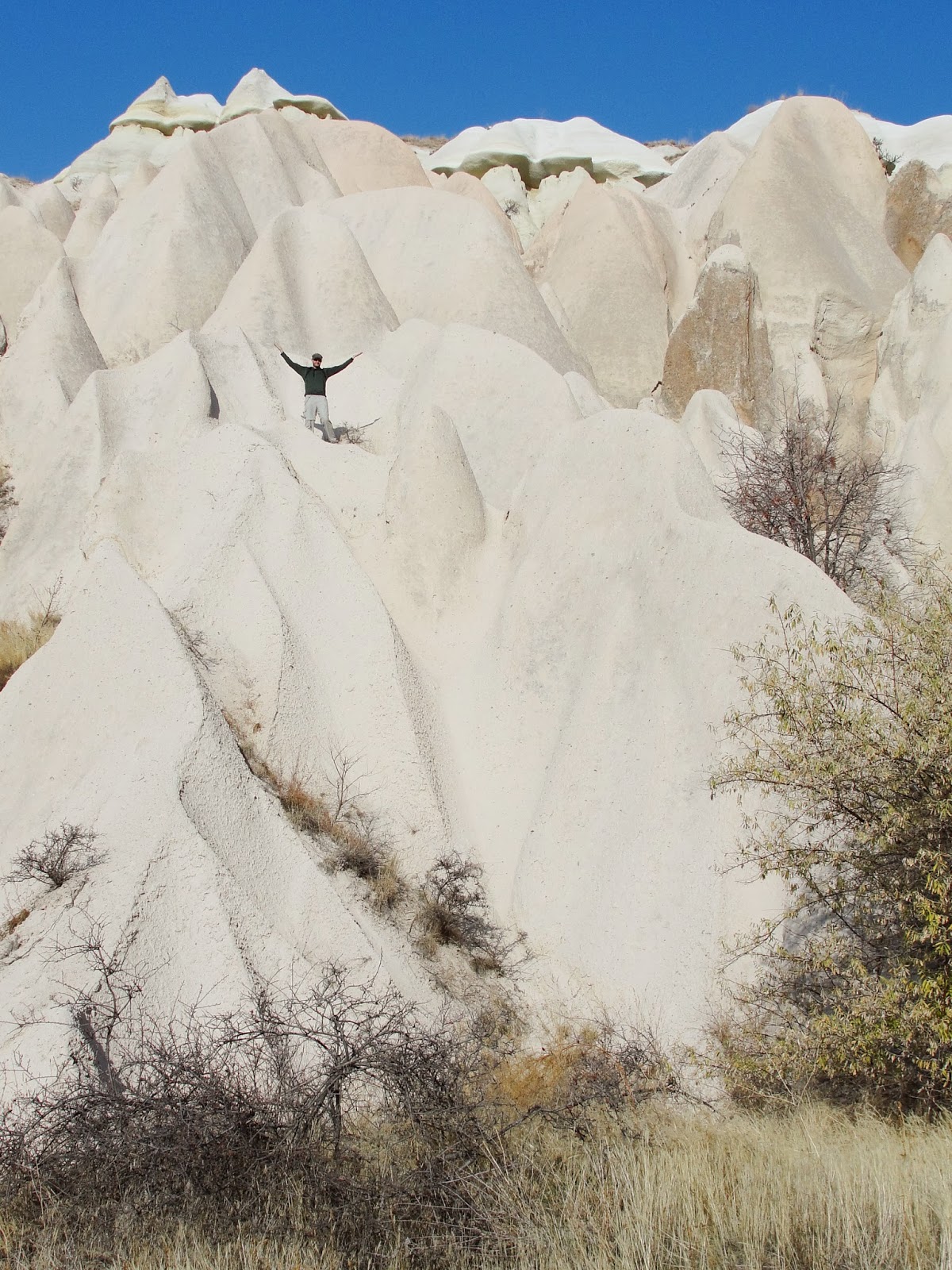 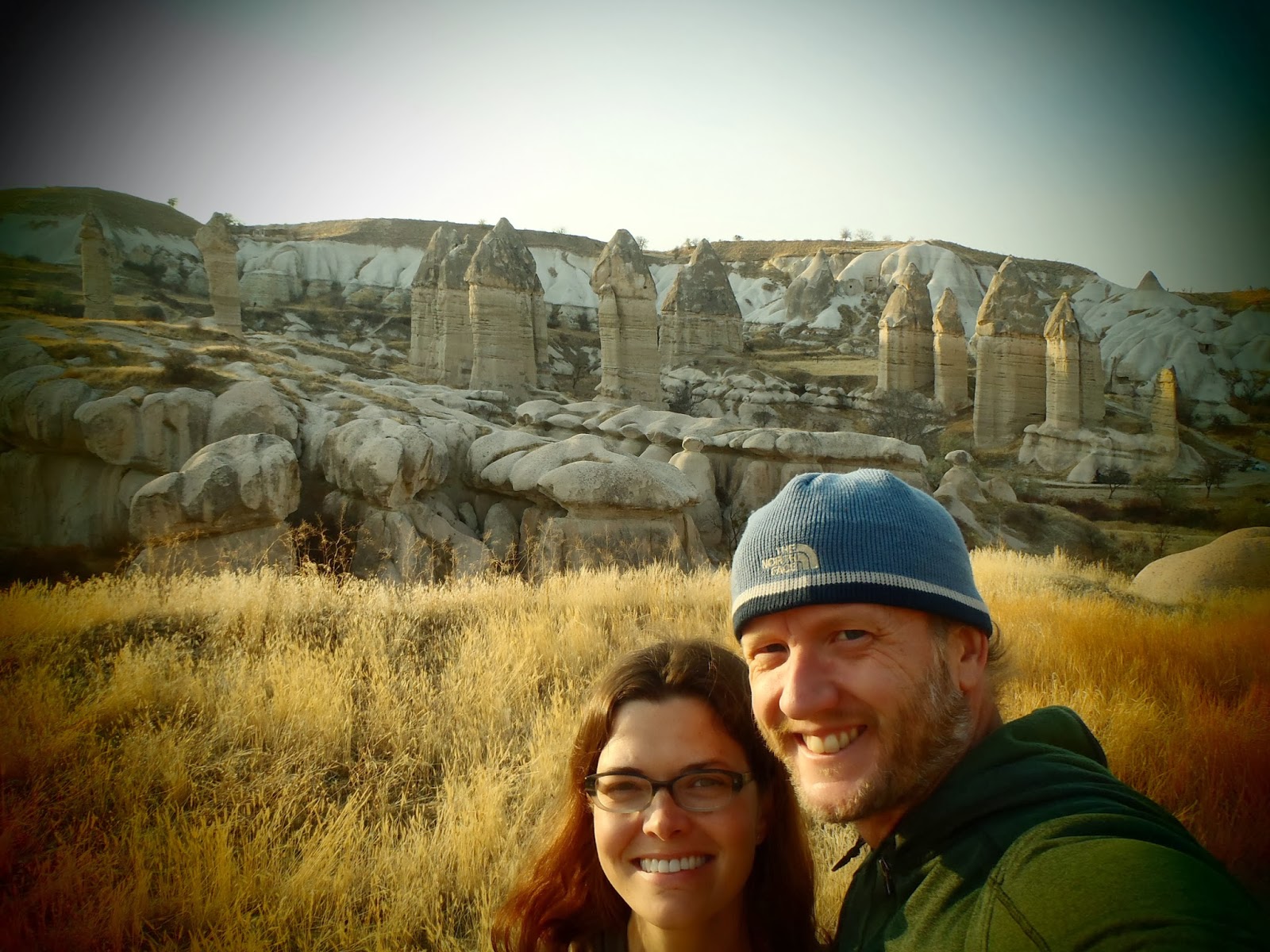 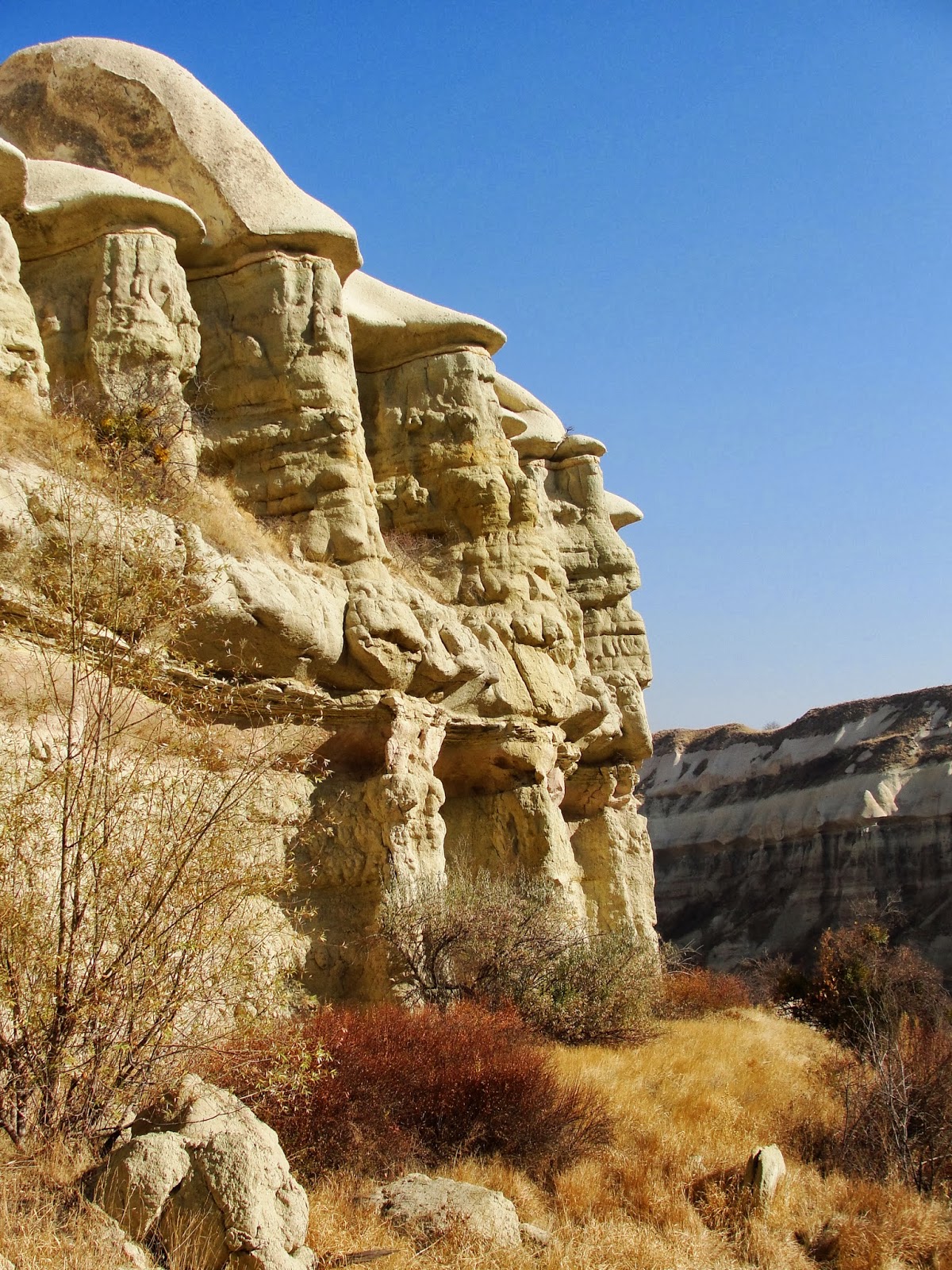 One day we took the "Green Tour" - an easy and affordable way to see a lot of spread-out sights in the area.  We started at Derinkuyu, the deepest underground city in the area (approximately 85 meters deep with 16 floors).  Built in 800 BC, this city provided a safe haven for Christians during enemy attacks in 500-1000AD.  It could accommodate about 20,000 people and included amenities like wine and oil presses, stables, cellars, storage rooms, refectories, and chapels.  (All that info was copied from the internet.  But it's all true, according to our guide Kasim.) 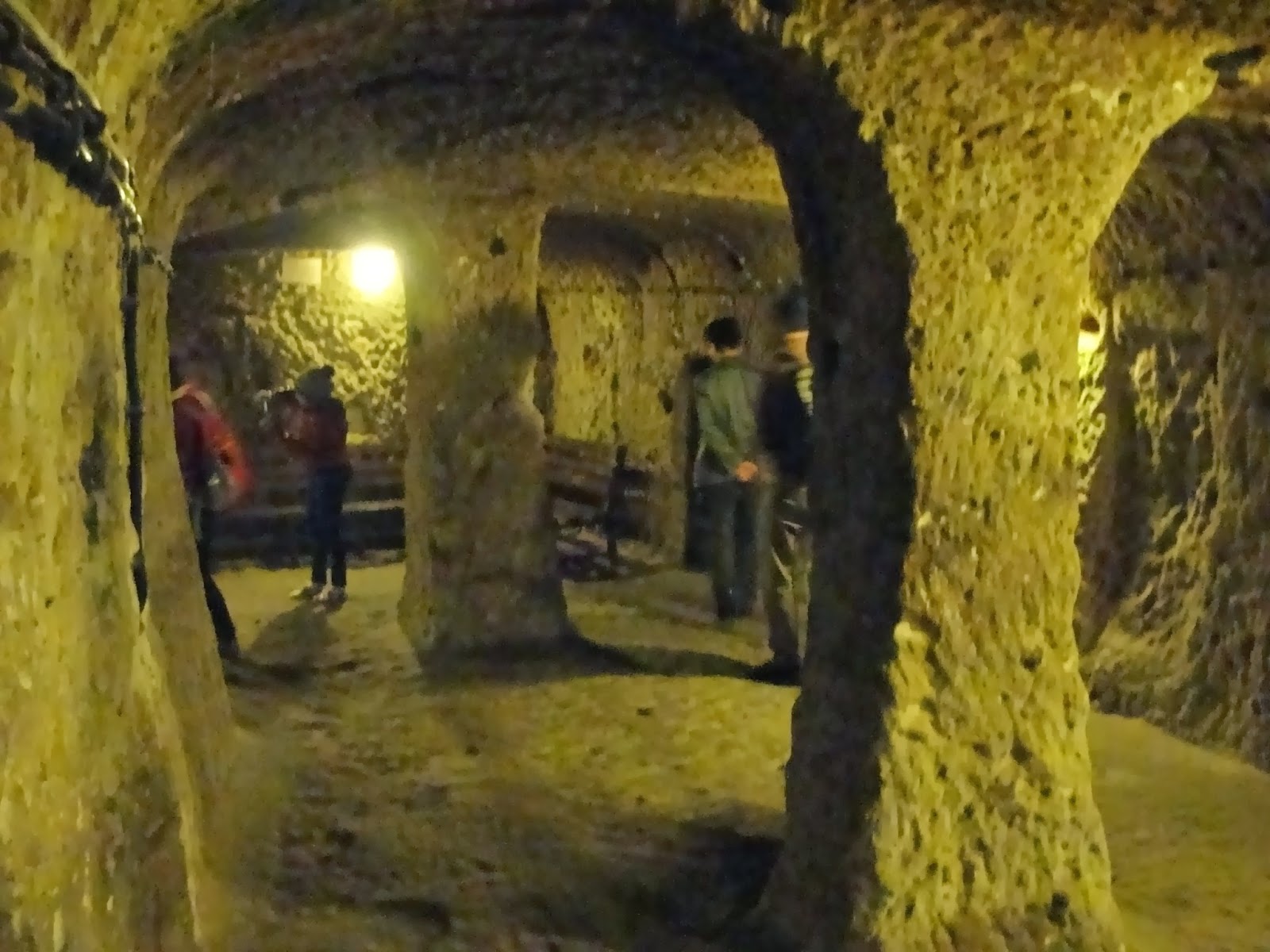 It was pretty amazing.  We were able to explore about 7 of the 16 floors, and we went down pretty deep.  Back in the day ventilation was poor but it worked well enough for short periods of time... And when it didn't, there was also a temporary morgue area. 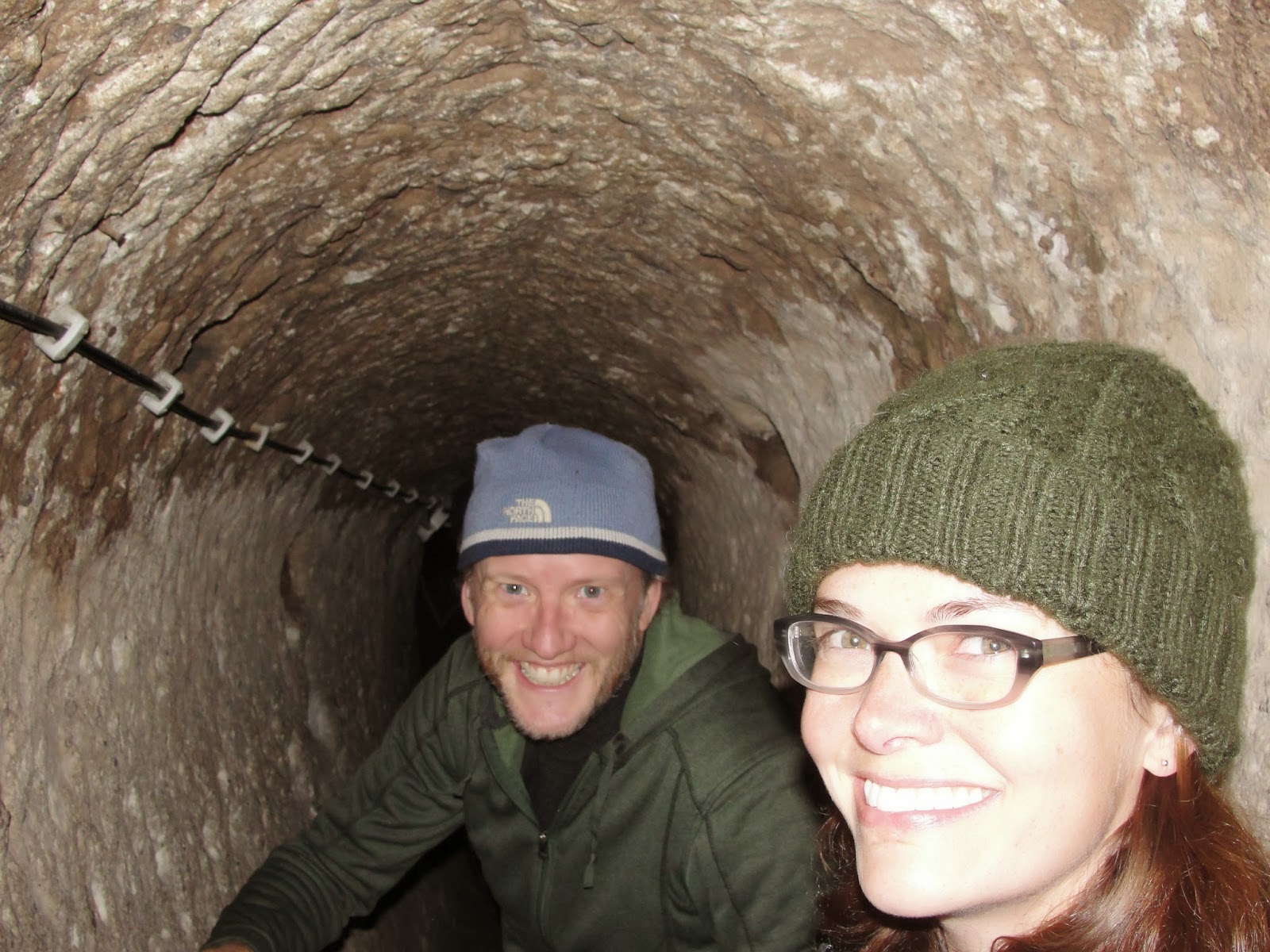 Next we walked several kilometers through the Ihlara Valley, only 17k as the crow flies but a full 40k in length (making it the second longest canyon after the Grand Canyon according to Kasim... we don't have time or interest in confirming or refuting this, so we'll leave that to you guys). 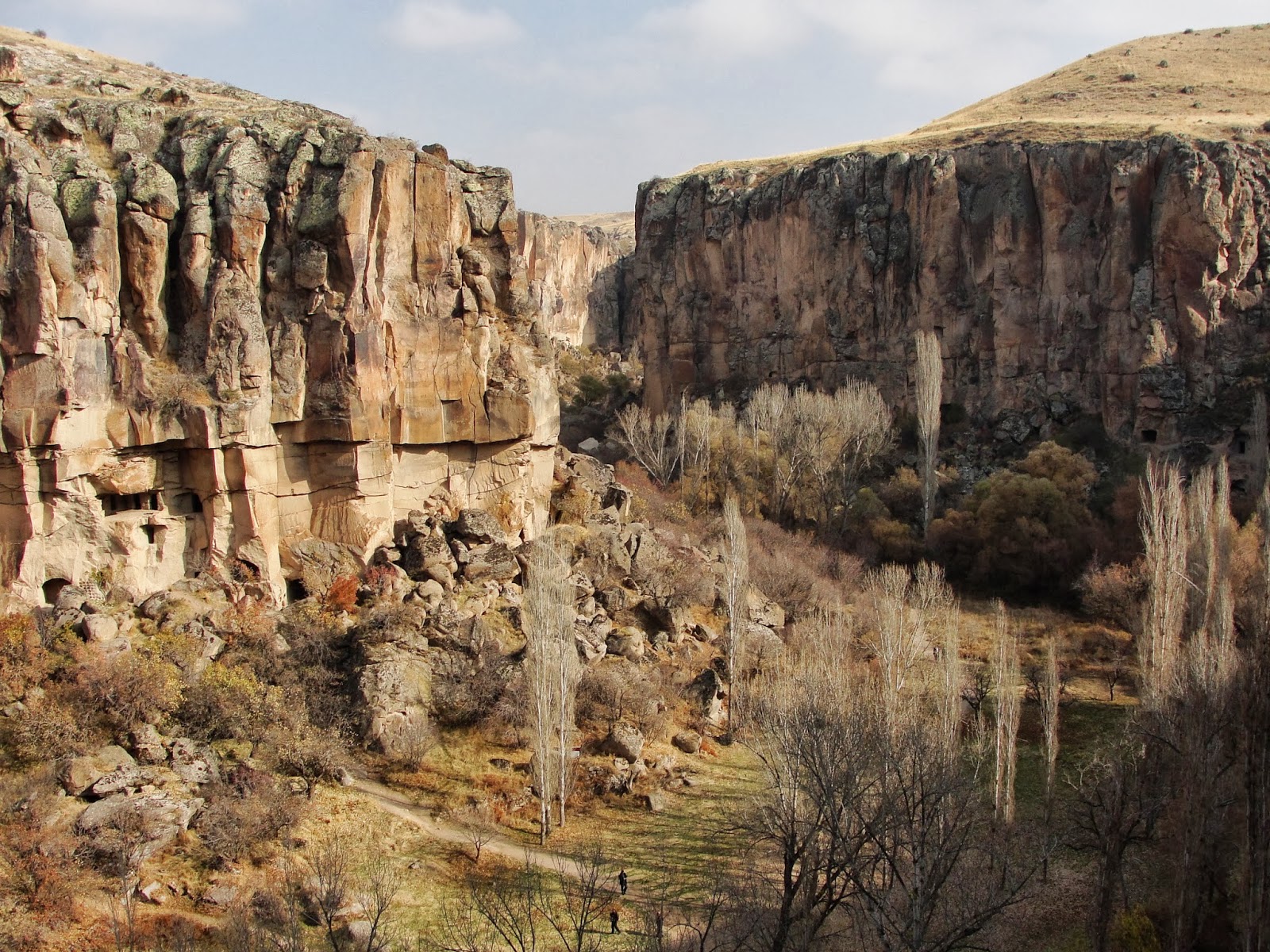 we can confirm
that it was gorge-ous

Ağaçaltı, an ancient church, was situated in the valley, and the frescoes were bright and clear.  Many other churches were also carved into rocks in the valley but we didn't have time to visit them. 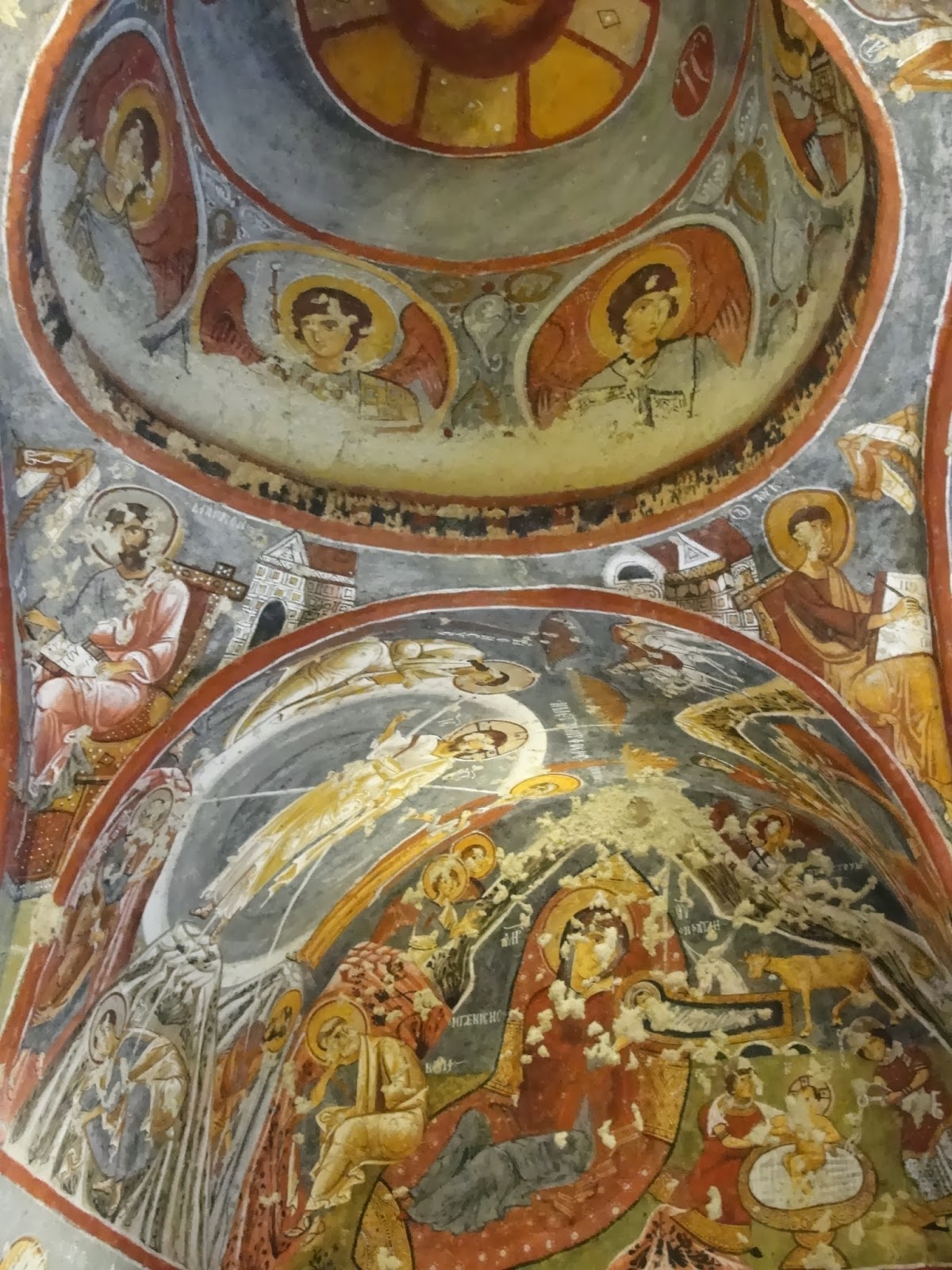 amazing how the color stays
after almost a millennium

After the walk we lunched at a local cafe and headed to Selime monastery.  "Amazing" has been overused already but there really is no other word... 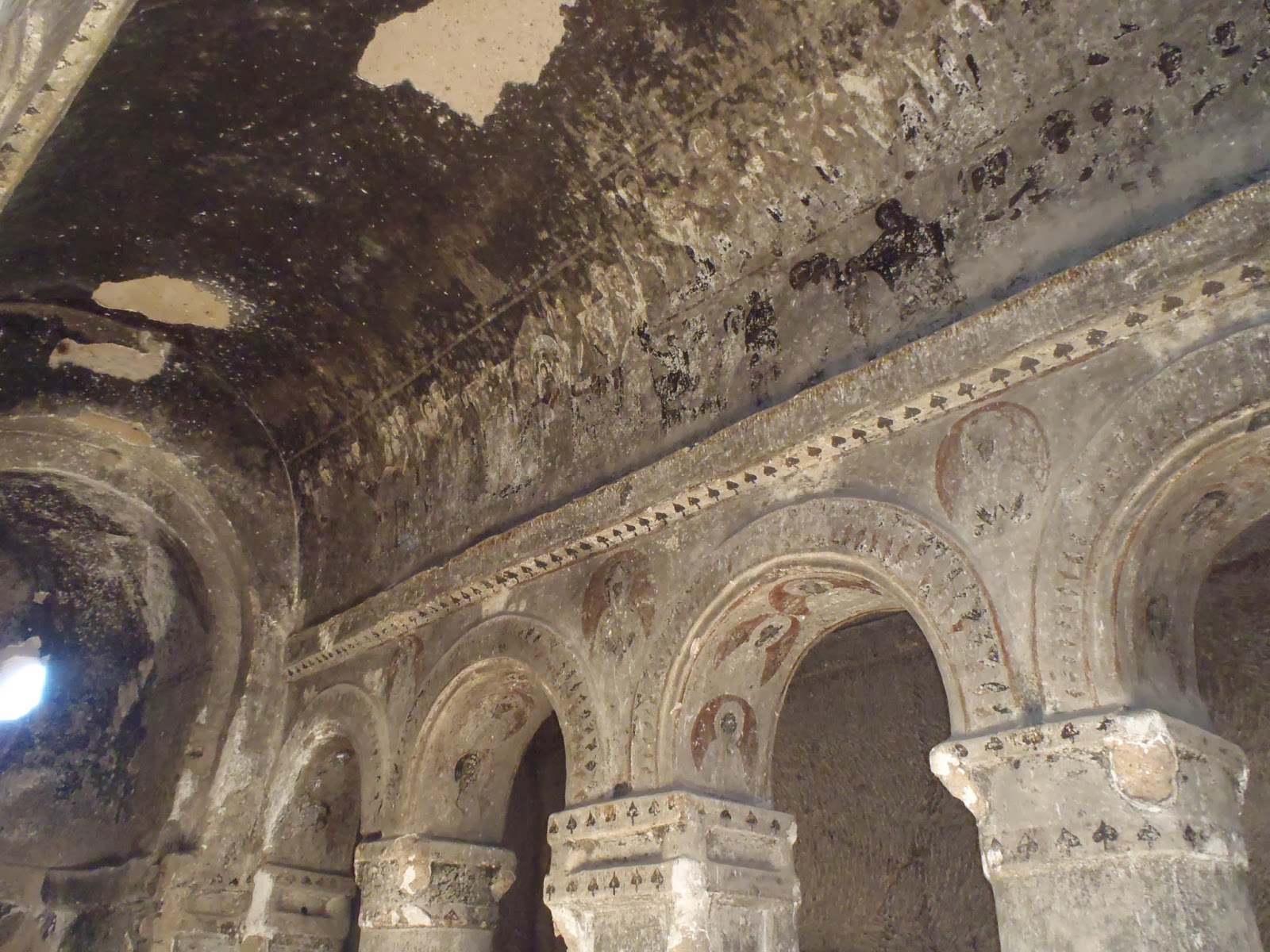 Selime monastery was carved by monks in the 13th century and includes three churches (one pictured above), monks’ quarters, a large kitchen and stables for animals. 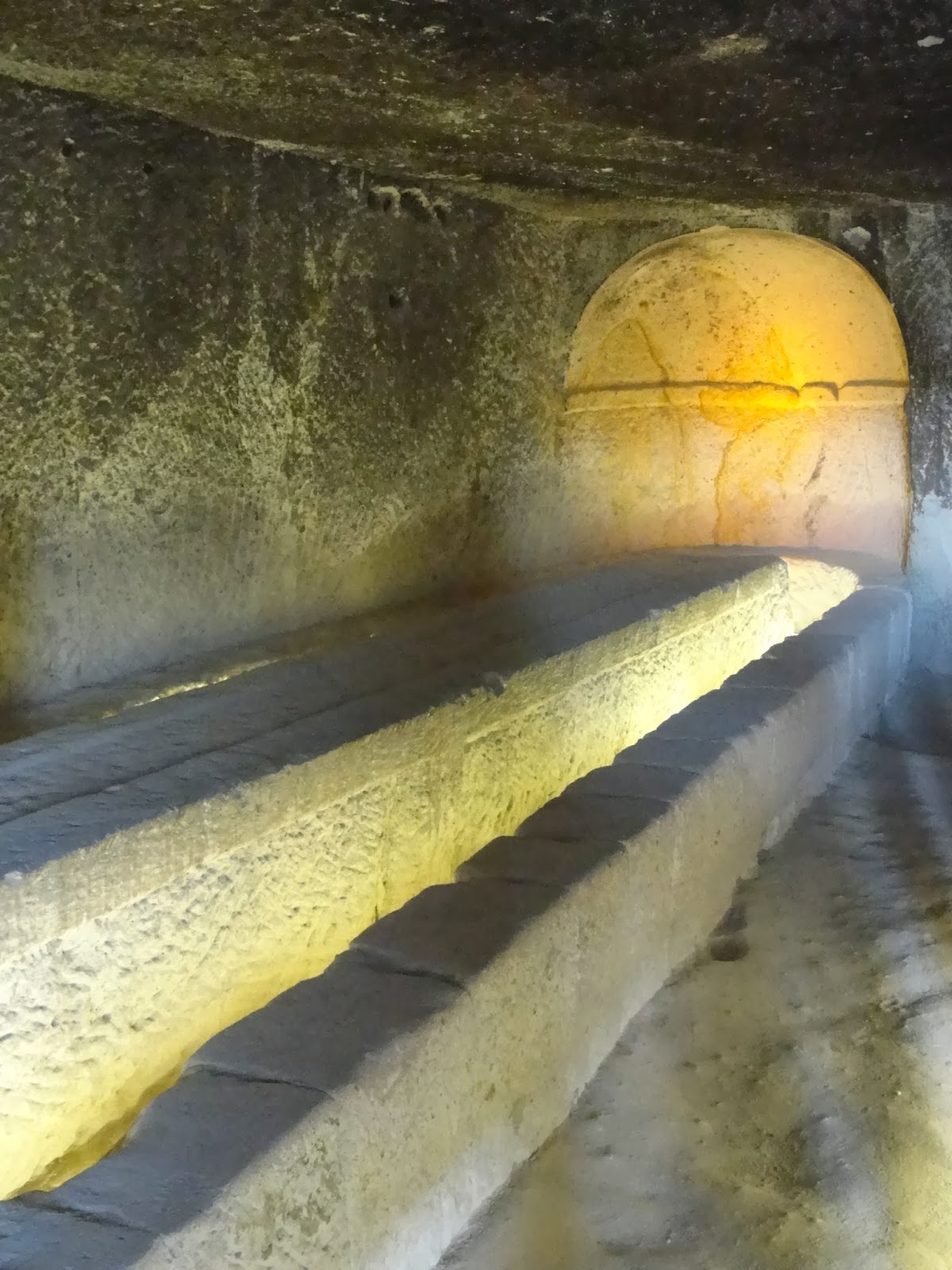 40-50 people once ate around this table

We had a lot of fun exploring all the nooks and crannies this place had to offer and as with everything on this tour, we wish we could've stayed a bit longer.  Such is the nature of paying others to lead you around...

Finally, we stopped at the rim of Pigeon Valley before visiting an onyx factory.  The jewelry was beautiful but alas, we were there to sightsee, not buy. 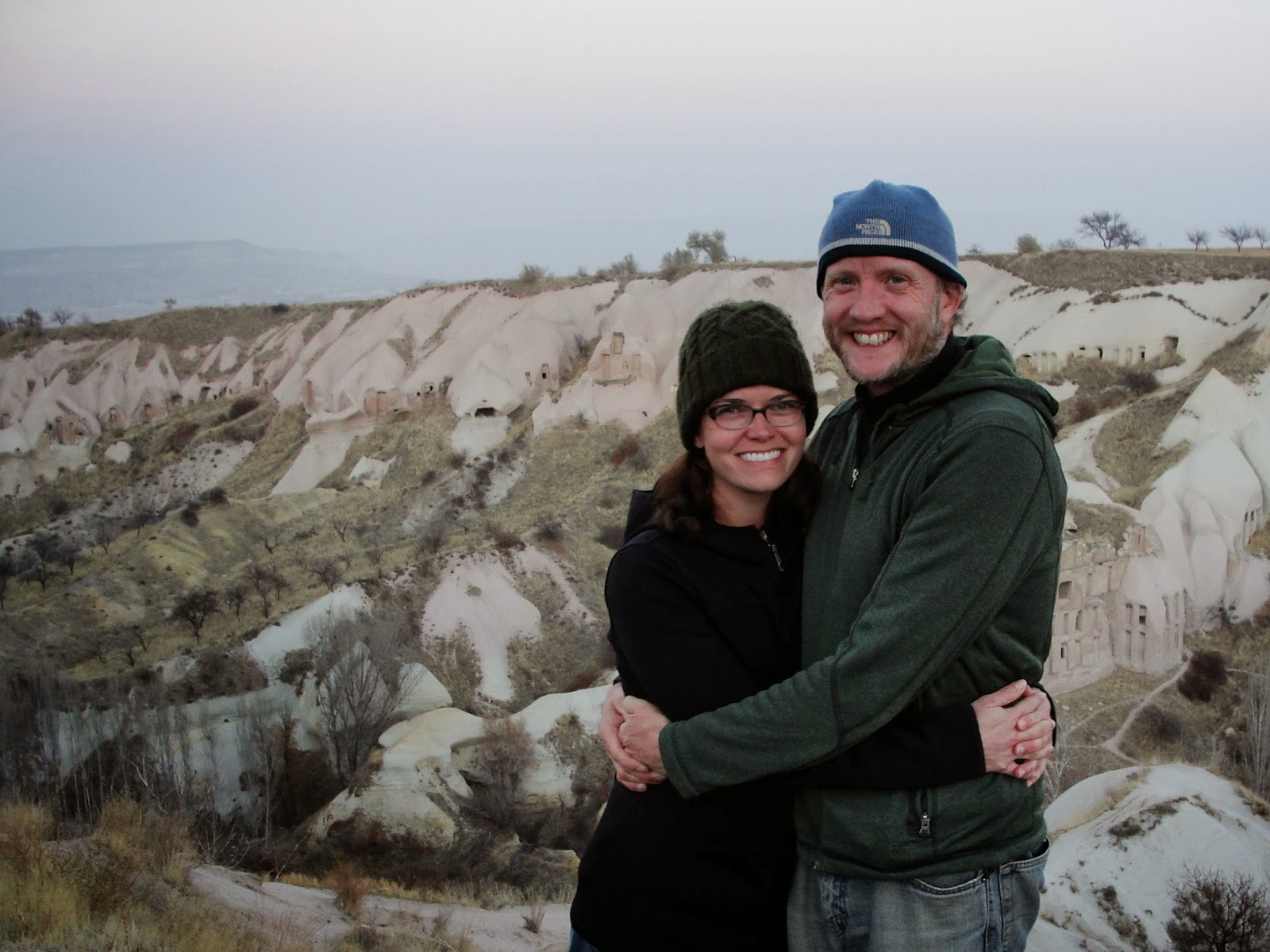 The next day after hiking around a bit, we toured the open air museum where almost a dozen churches were built to house Christians during the 14th and 15th centuries.  All had intricate frescoes, some more artistic and stylistic than others (photos were not always allowed, click the link above to see better examples).  How they did this back in the day amazed us. 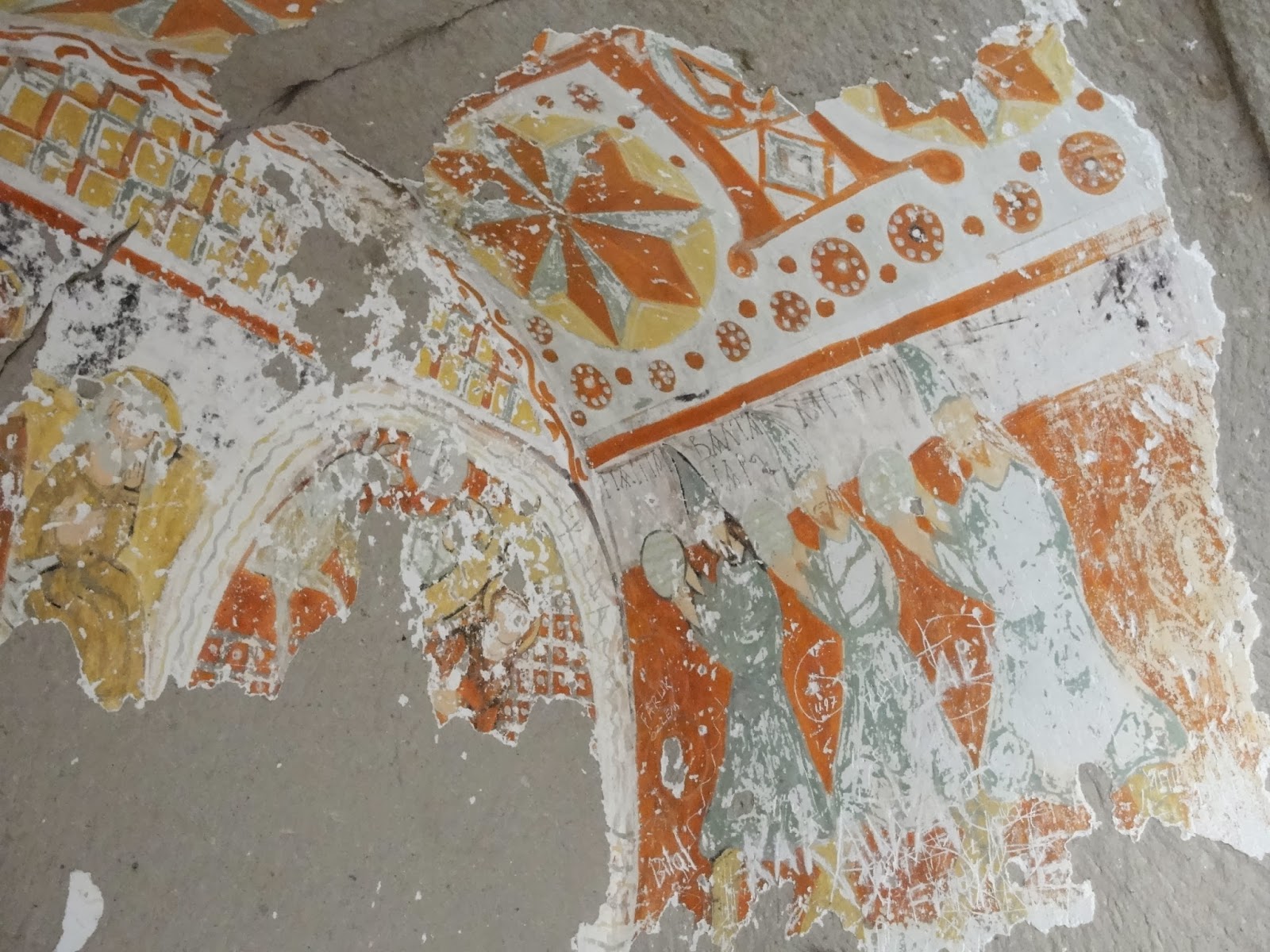 how they remain intact today astounds us

Cappadocia is THE place to do a hot air balloon ride but the day we signed up, the tour was cancelled due to bad weather.  Next time, perhaps...  Or maybe we will just leave that to the tourists so that we can enjoy more beautiful valley walks. 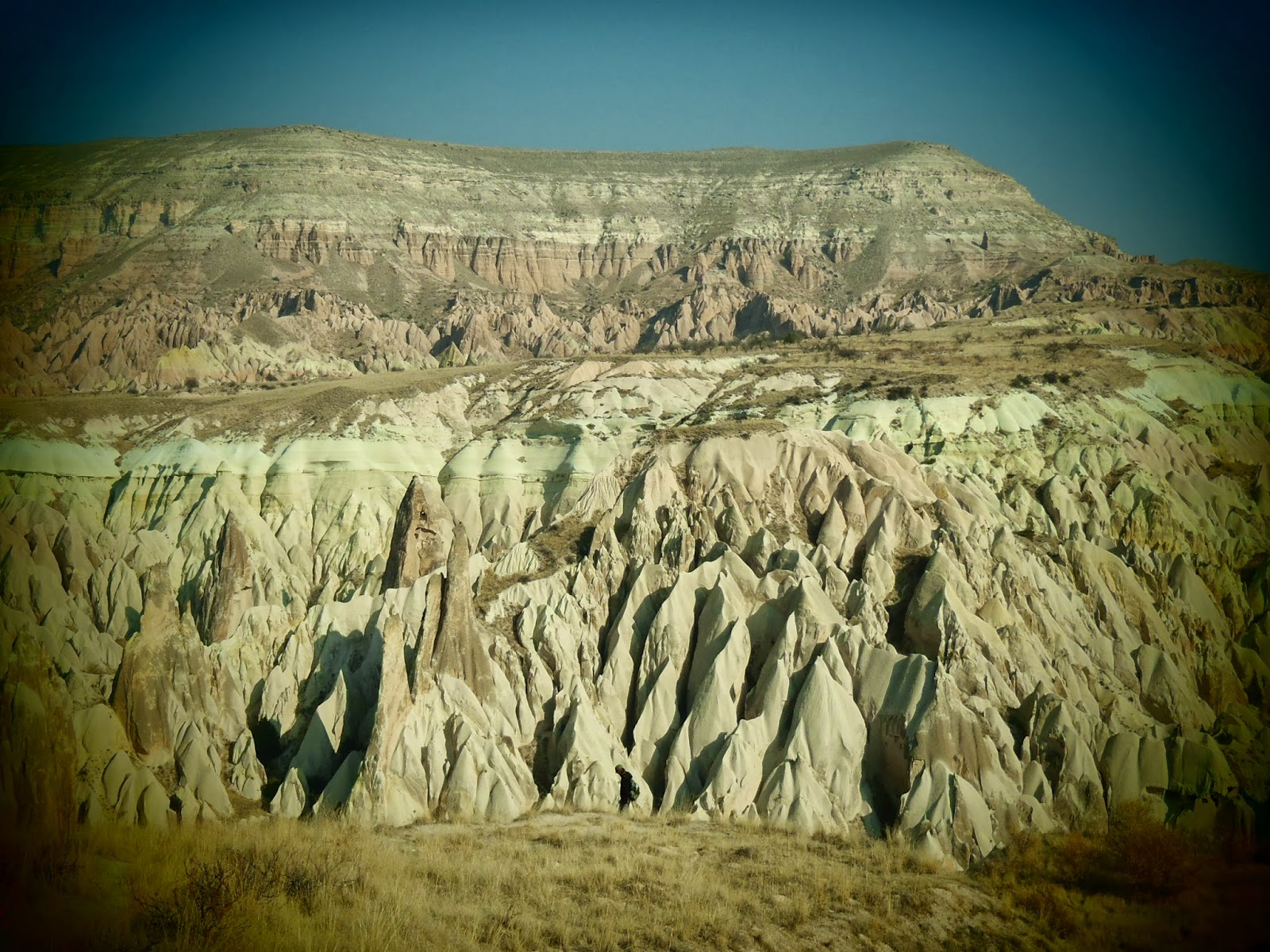 Otherwise the weather was good and the moon was out in full force the whole time we were there. 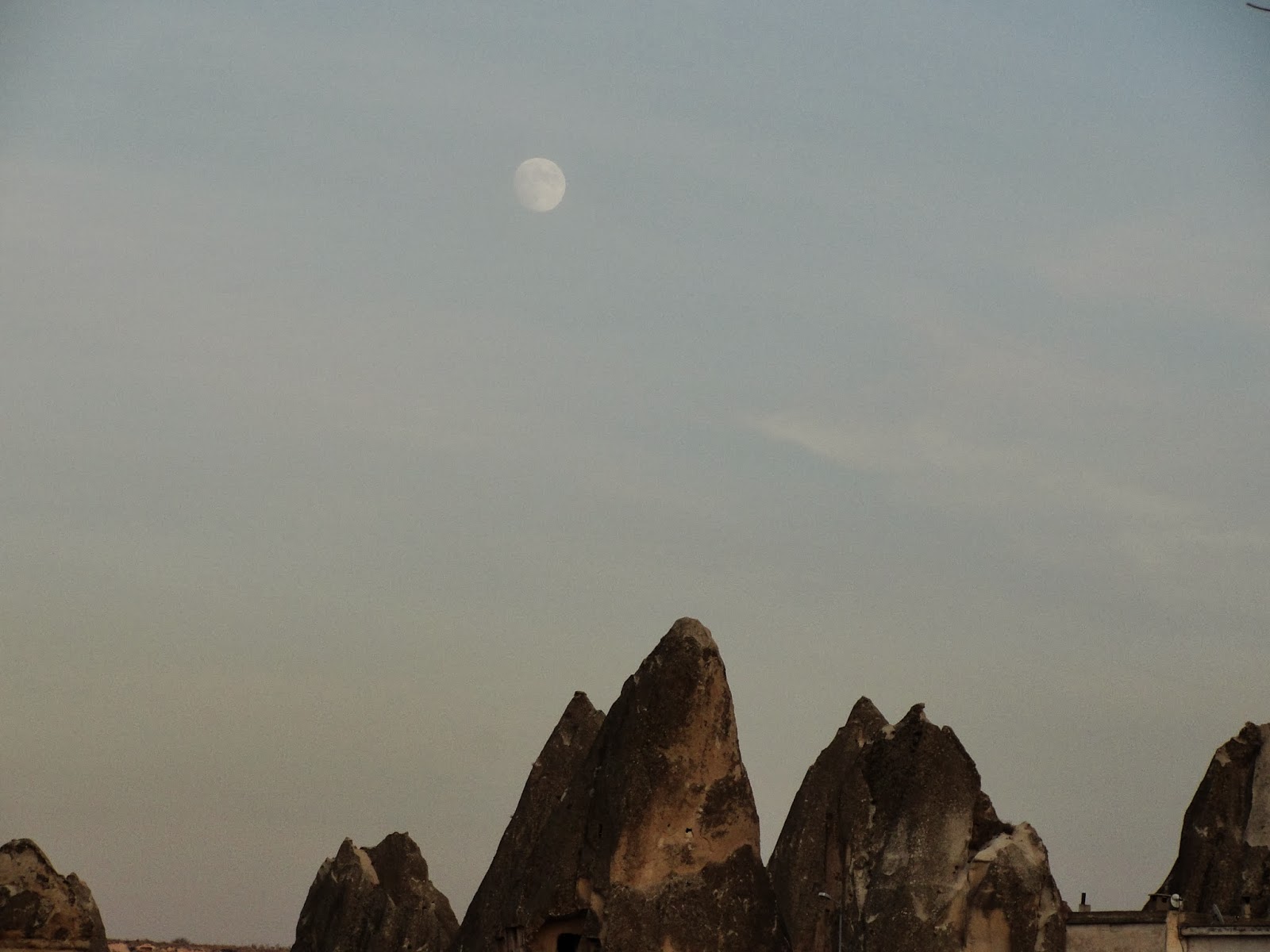 all we needed was... 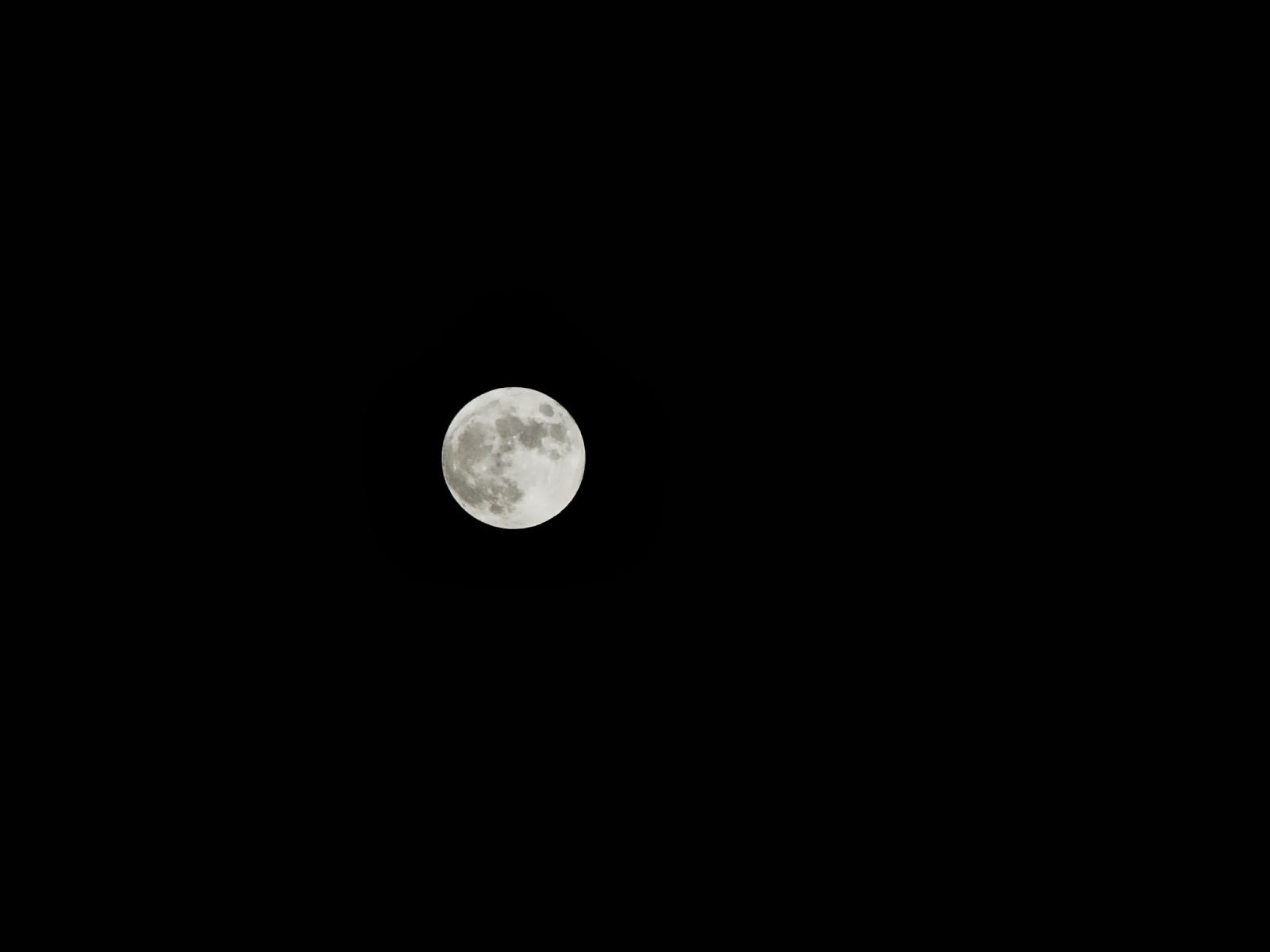 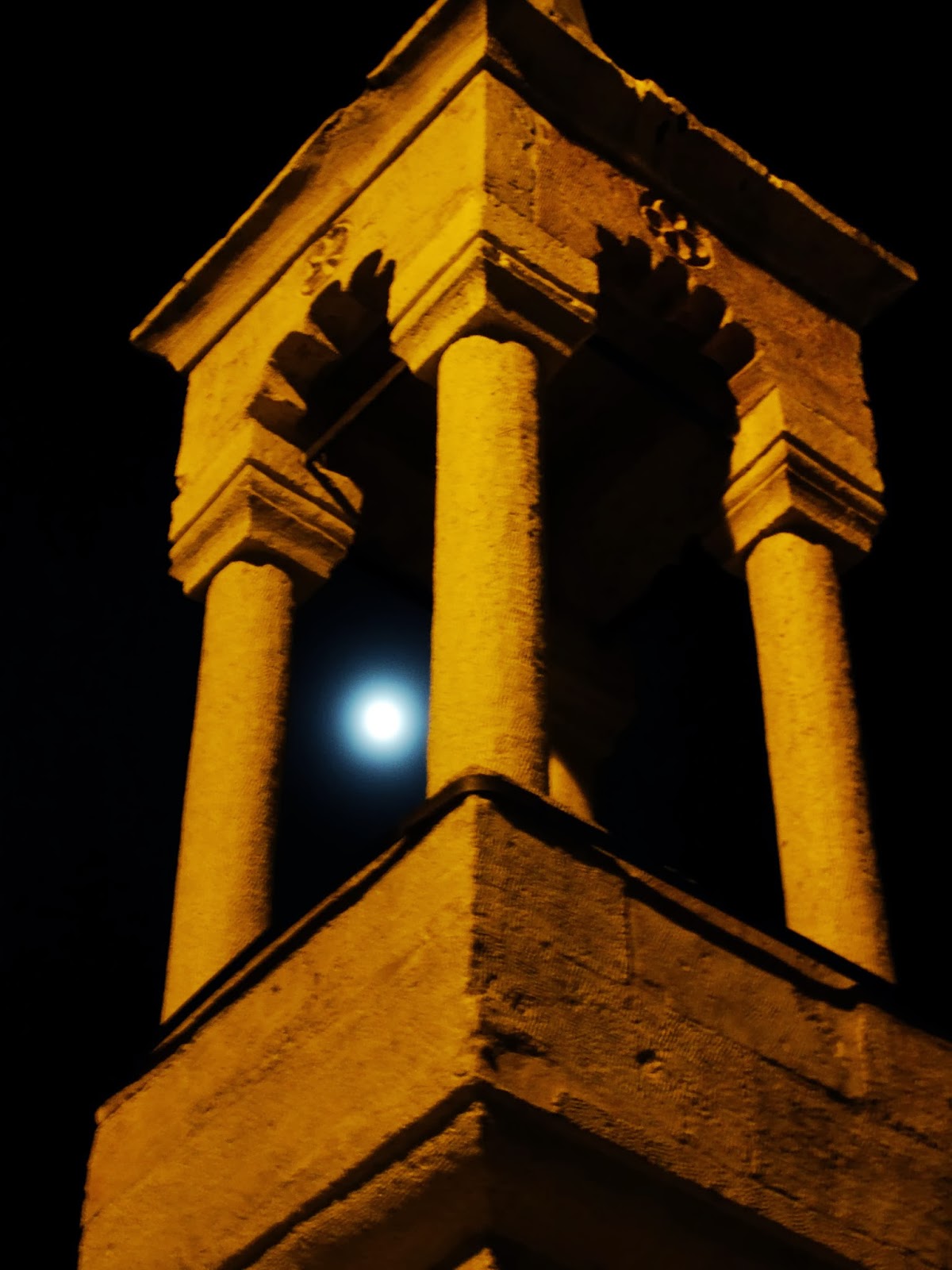 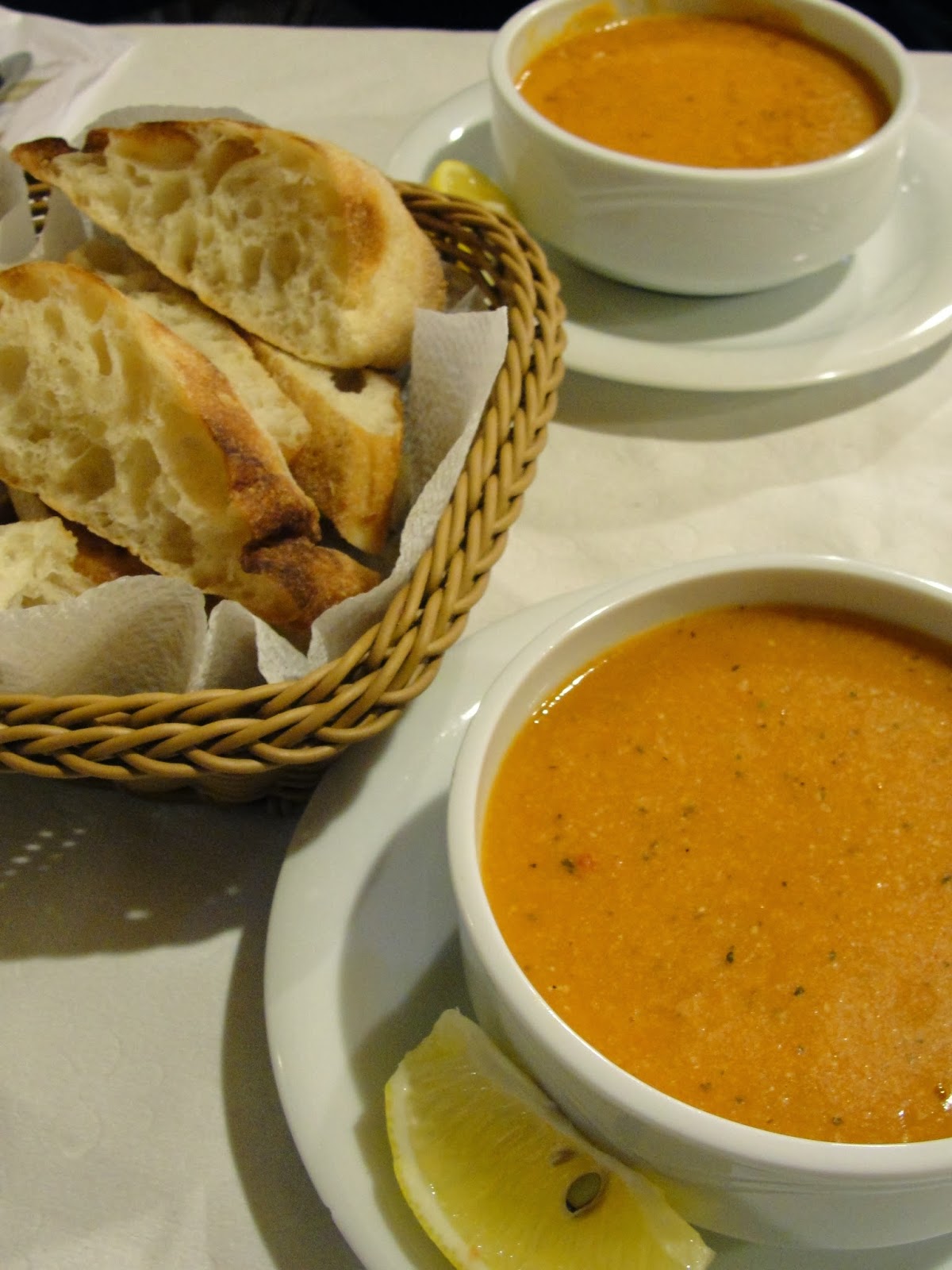 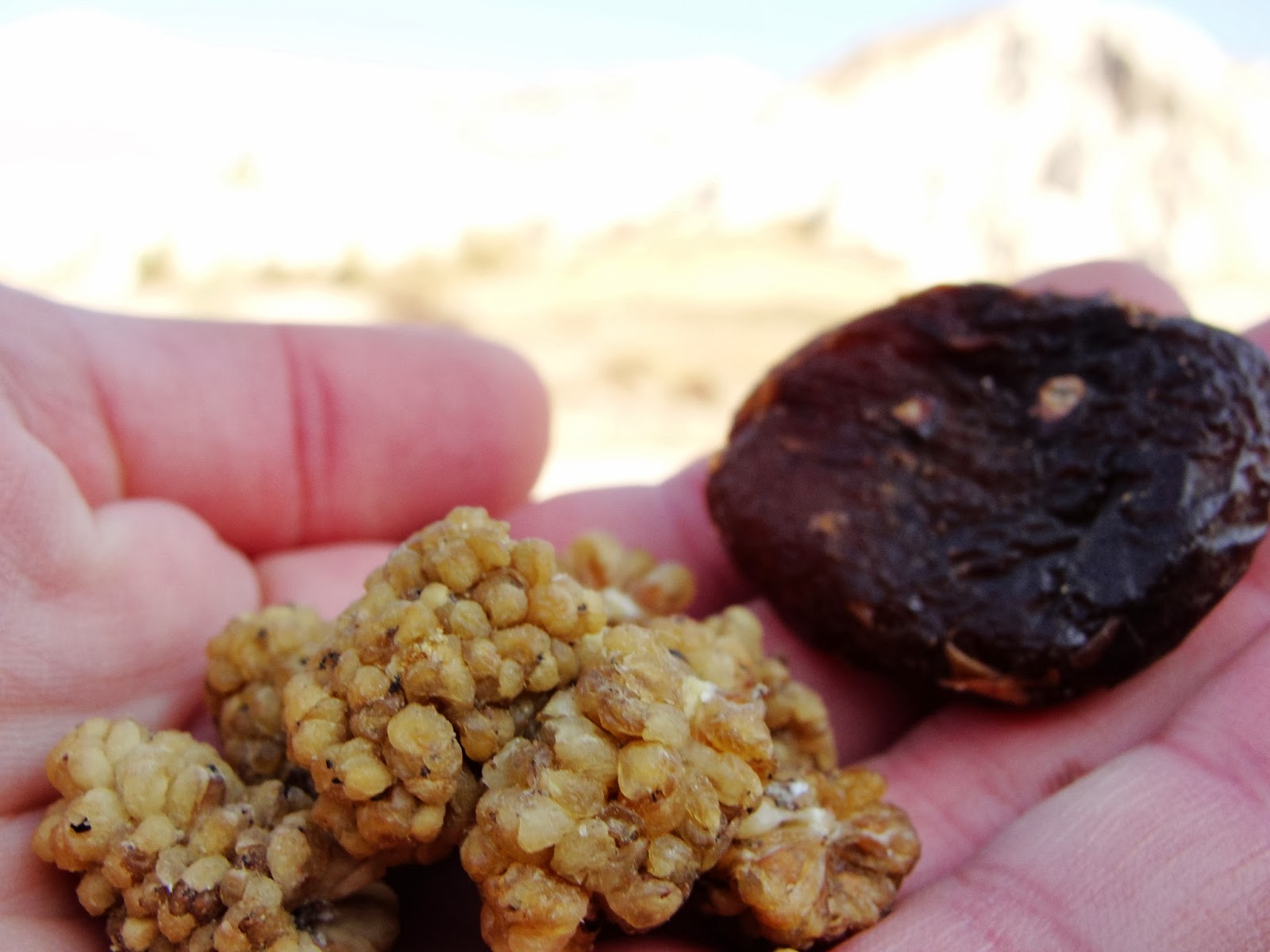 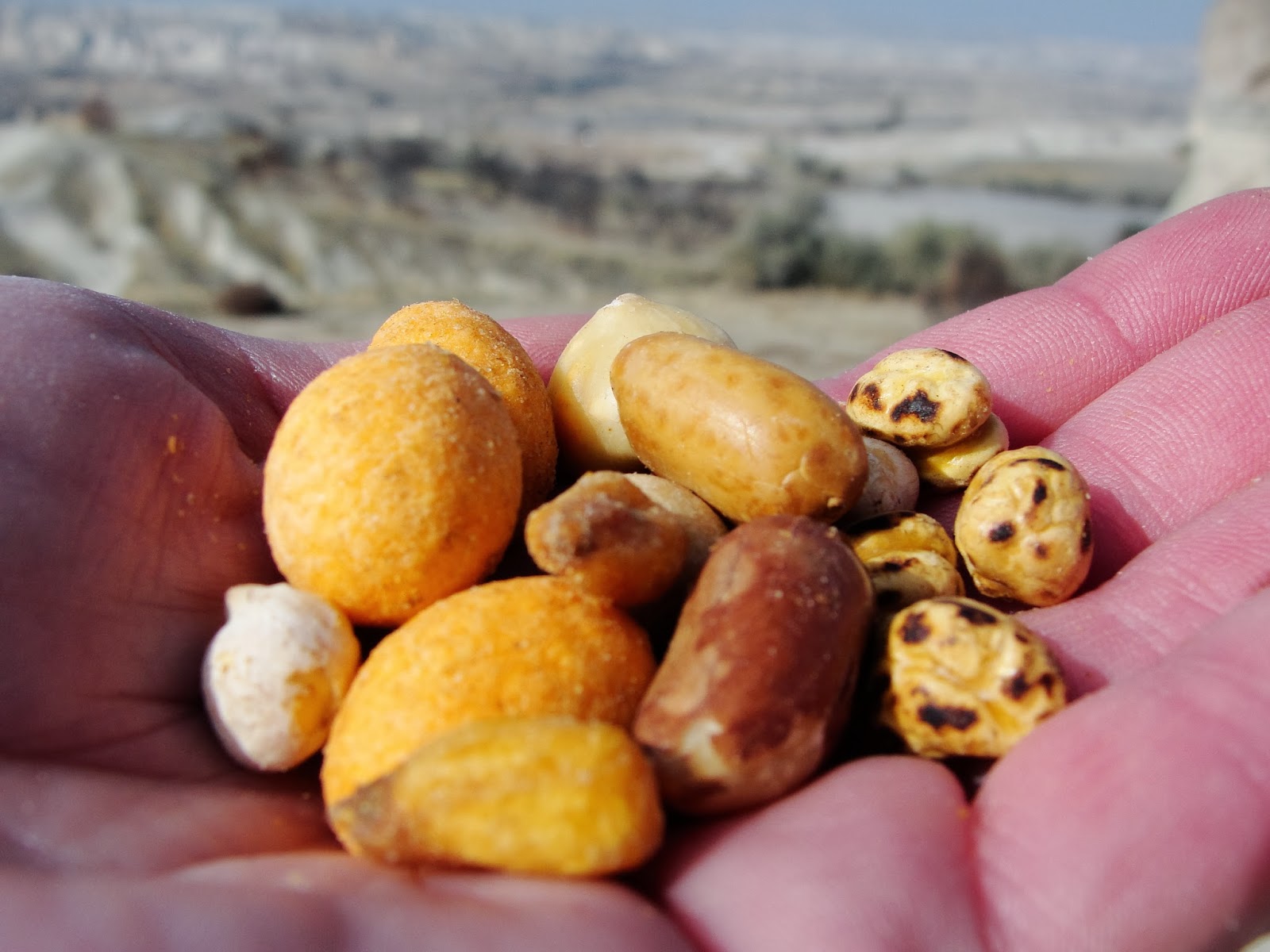 the orange things have peanuts inside 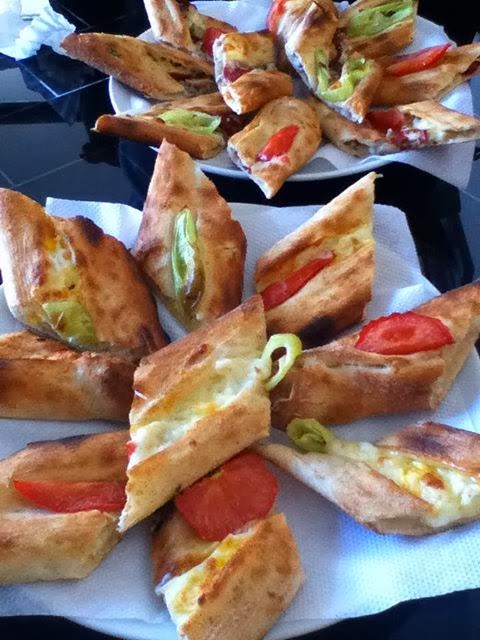 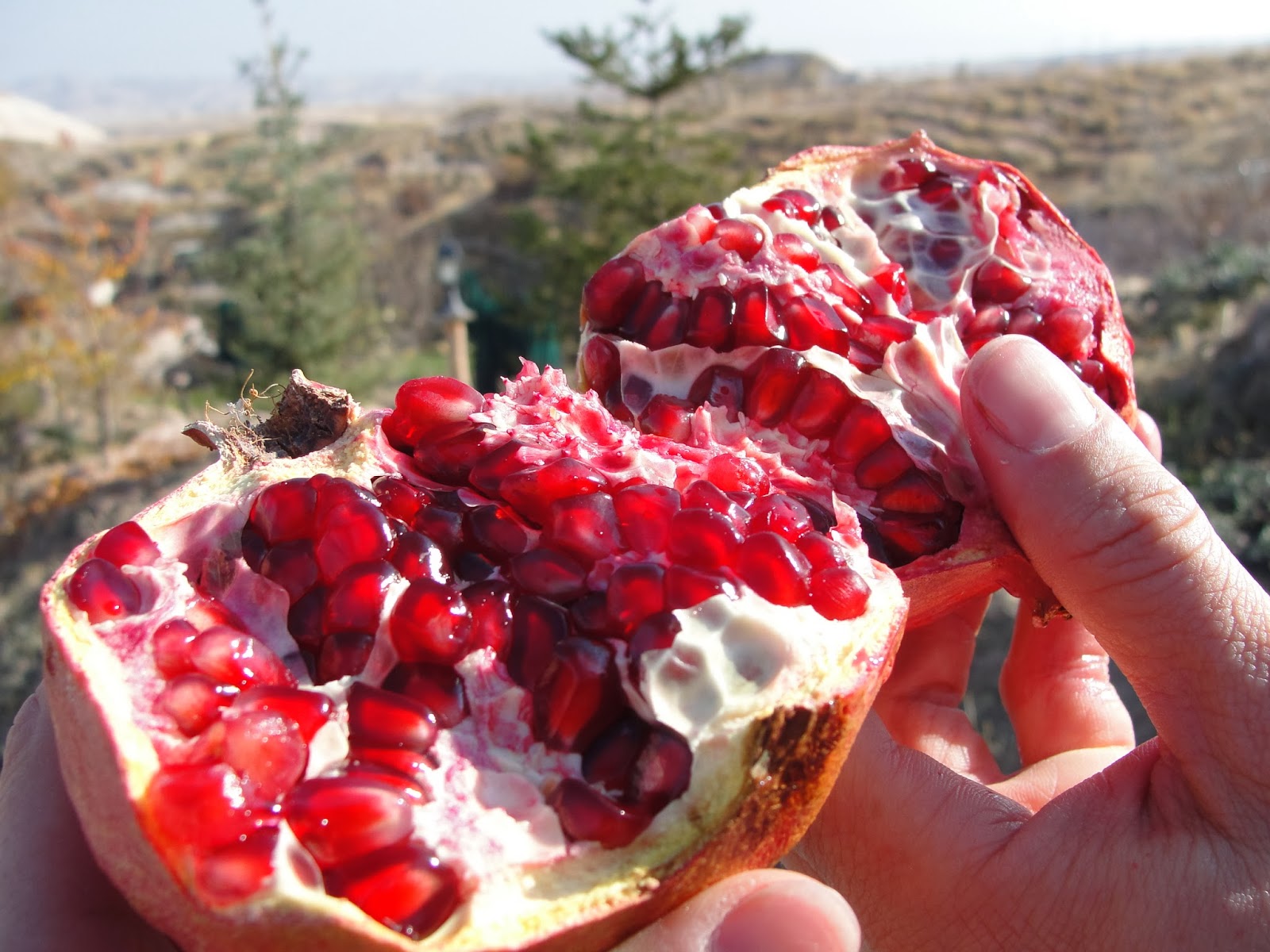 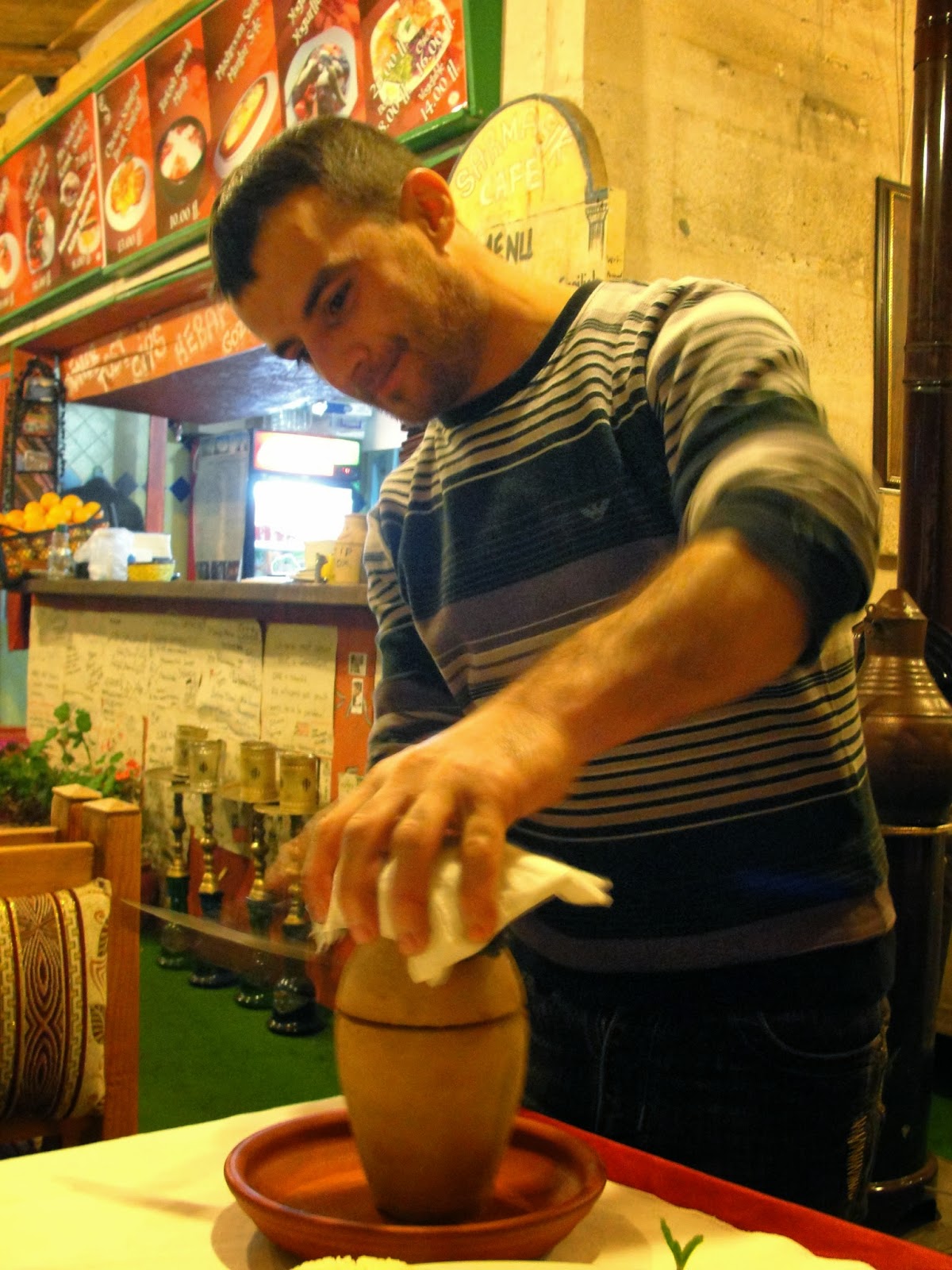 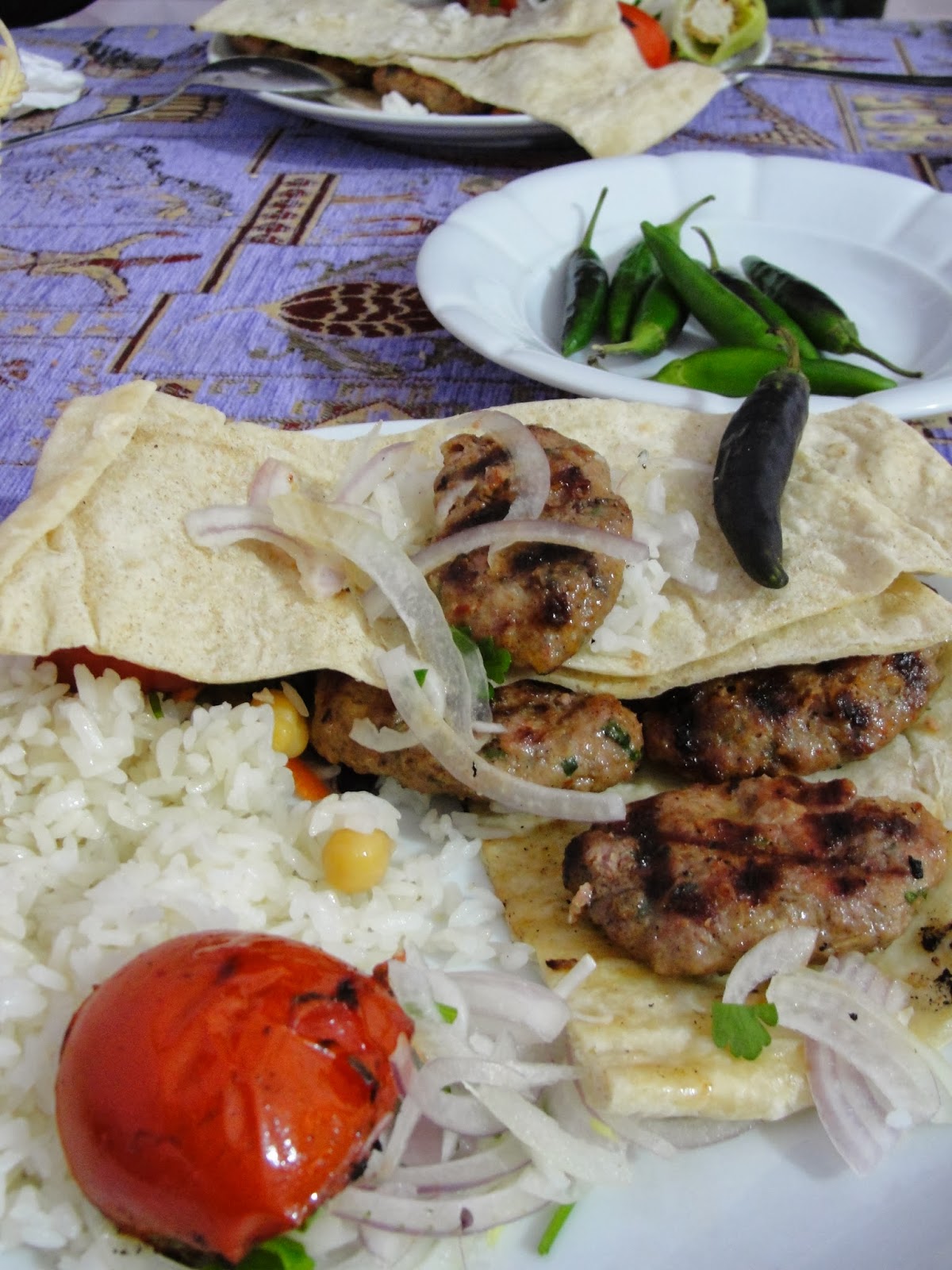 Saray, where they proudly give you
five pieces of delicious meat
instead of three like other places

Lodging notes: cave hotels are all the rage these days so we chose a private room at Nomad Cave Hotel.  It was off-season so the price was just right.  Only thing better would've been a double bed... but that's so anti-Flintstones! 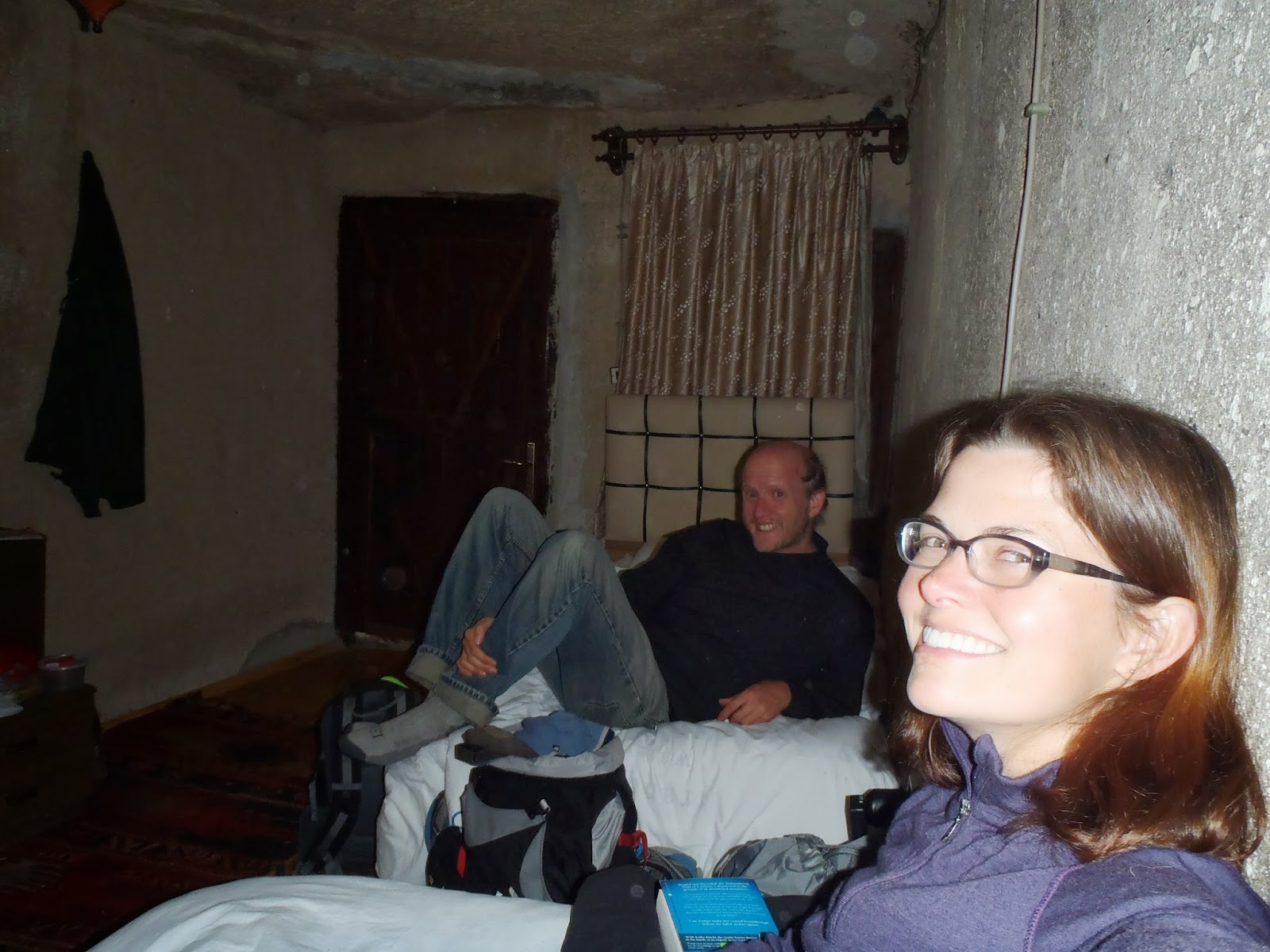 The Nomad staff were great, providing hiking, tour and dining recommendations which we enjoyed immensely.  They do push certain tours but it's a tourist town and that's the way it goes... all you have to say is "not interested" and they don't push anymore.  The breakfast was tasty, the showers were hot, and the tea flowed all day.  We would definitely stay there again.

Göreme was a slight sidestep but well worth it and we would love to spend more time here.  Spring is apparently the best time to visit because the weather is gorgeous and the wild flowers are blooming... 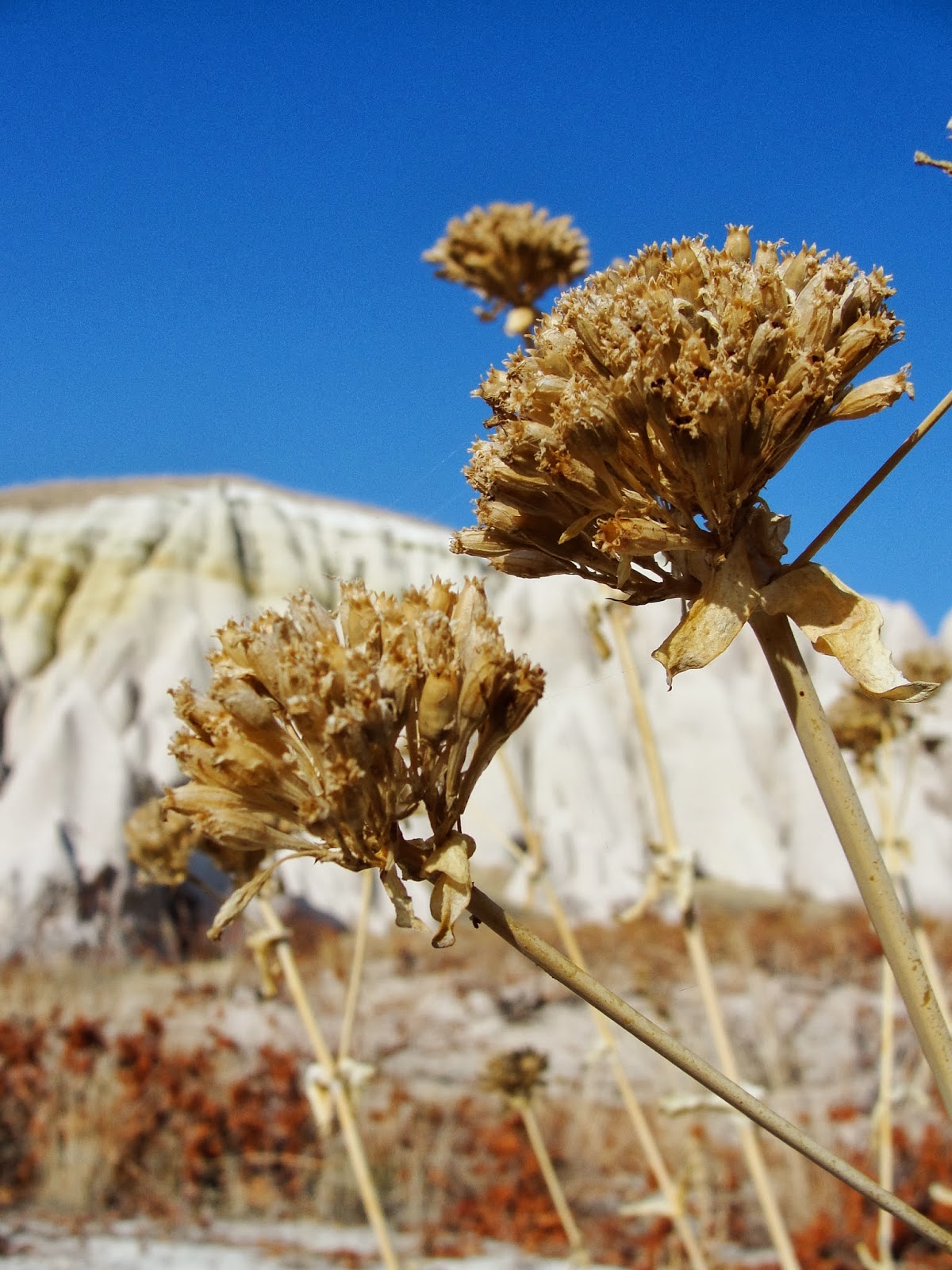