Kicking back in Kep.

We wanted some quiet nature time after our Phnom Penh Habitat build. We looked around a bit and as is the case with many of our destinations, we were drawn to Kep because of a photo.

This time it wasn't a photo of an amazing gorge, or a beautiful sandstone valley, or gorgeous ancient ruins.

It was a photo of a ginormous blue crab. 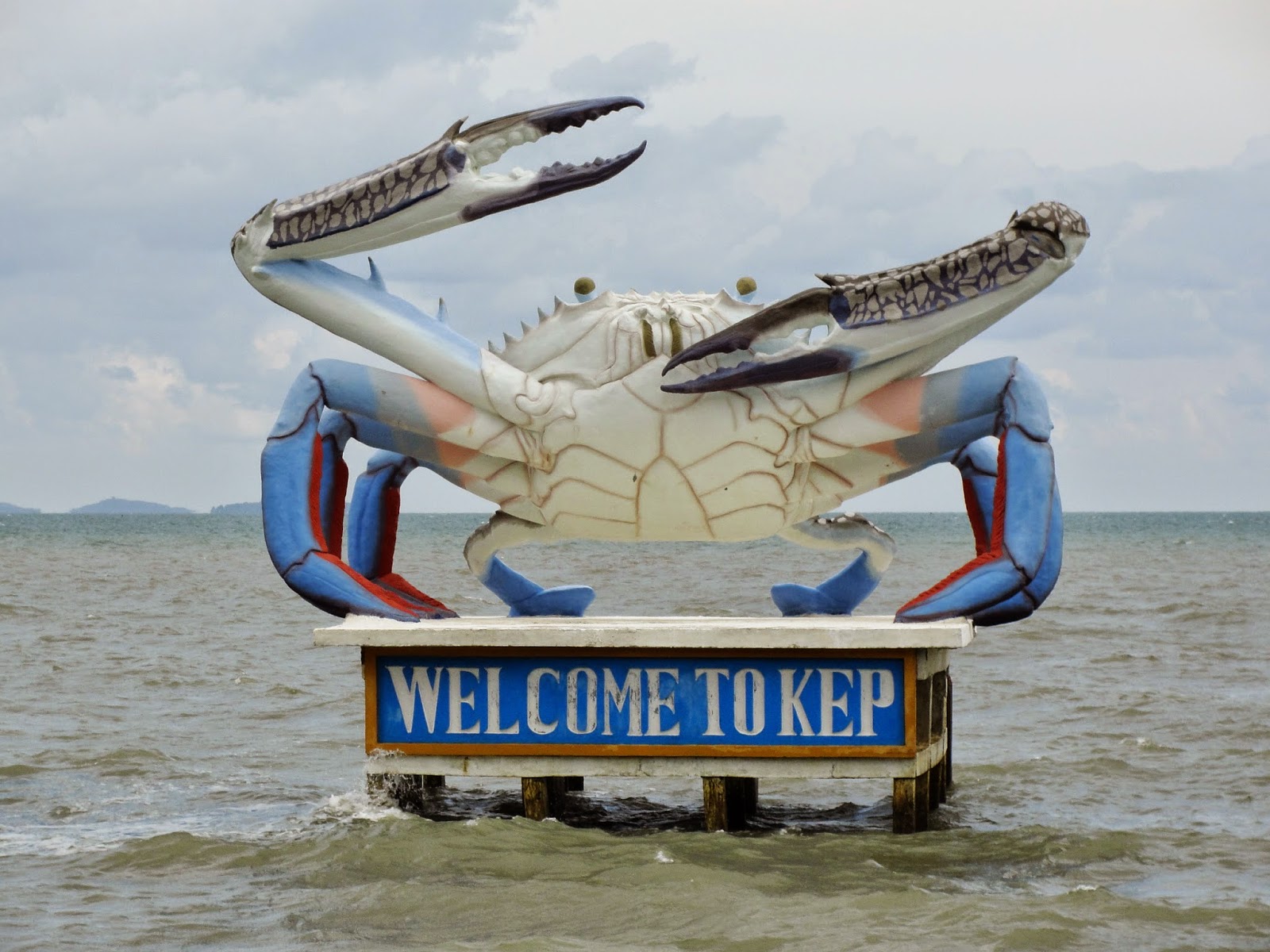 this crab, to be exact

Of course this Maryland girl had to go here, and after experiencing the great Maryland crab feast of October 2012, Patrick was down too. So off we went.

Back in the '60s Kep was a hopping seaside resort town. French colonialism is quite obvious in the architecture around the village and in Kep's heyday the French flocked here for the views and the wonderful seafood. Then a few decades of war hit and the town suffered along with the rest of the country.

Nowadays Kep is coming back as a tourist spot, heavy on western influence (in the form of French-run seafood restaurants and guesthouses). Ghostly shells of old vacation rentals intermix with new construction of even more vacation rentals. Everything is more expensive and a lot of the surrounding attractions require guided tours.

All that said, we liked Kep. Three nights was just right and it's one of those towns we will probably be glad we visited now instead of 10 years from now. Here are five reasons why, in no particular order... except the first one.


1. Obviously, the crabs! How odd to find blue crab on the other side of the world. (Okay, maybe not "odd" but definitely a welcome sight.) Our guesthouse was a short walk from the crab market so we ate there three times. 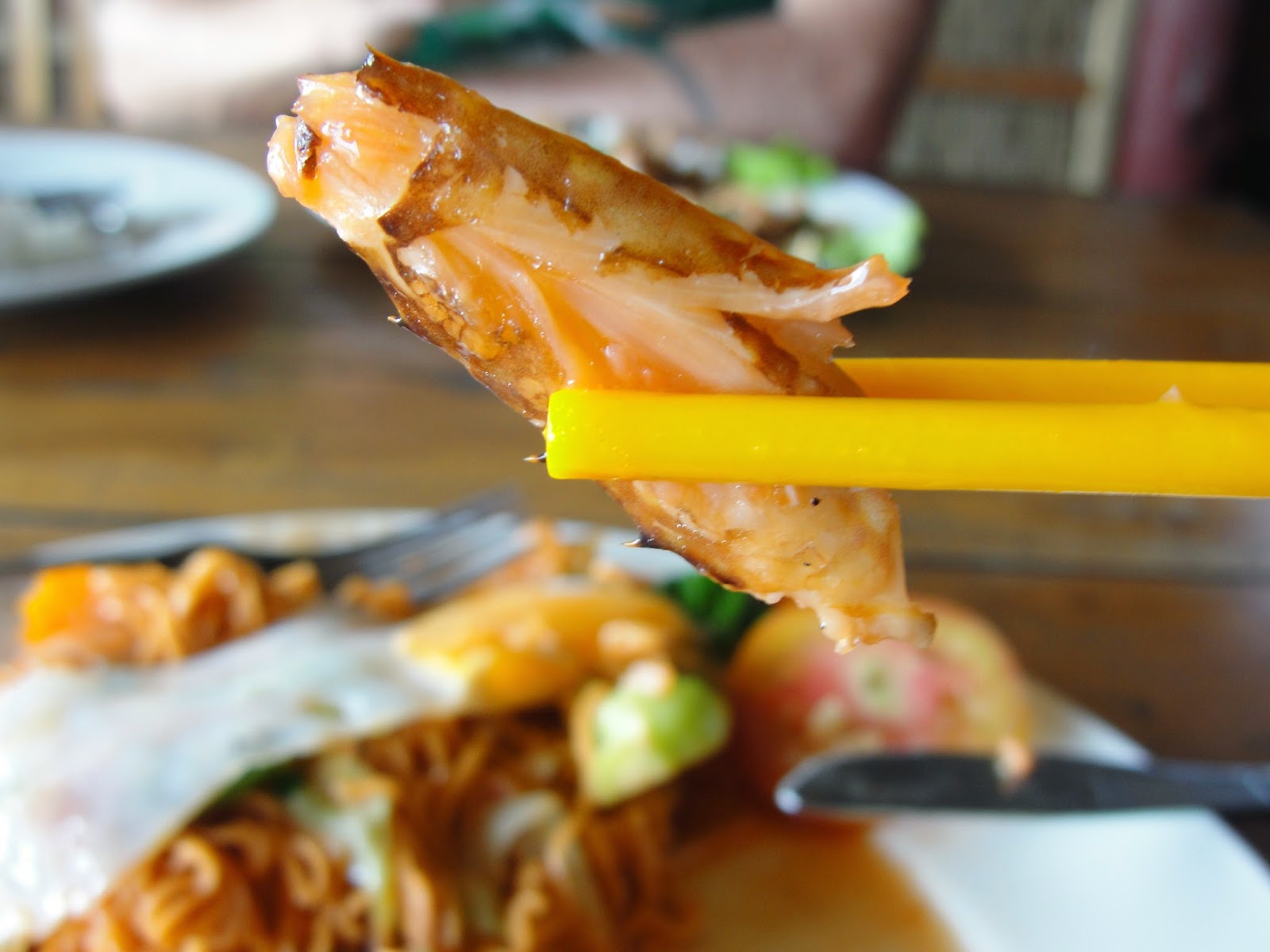 that's what I'm talking about 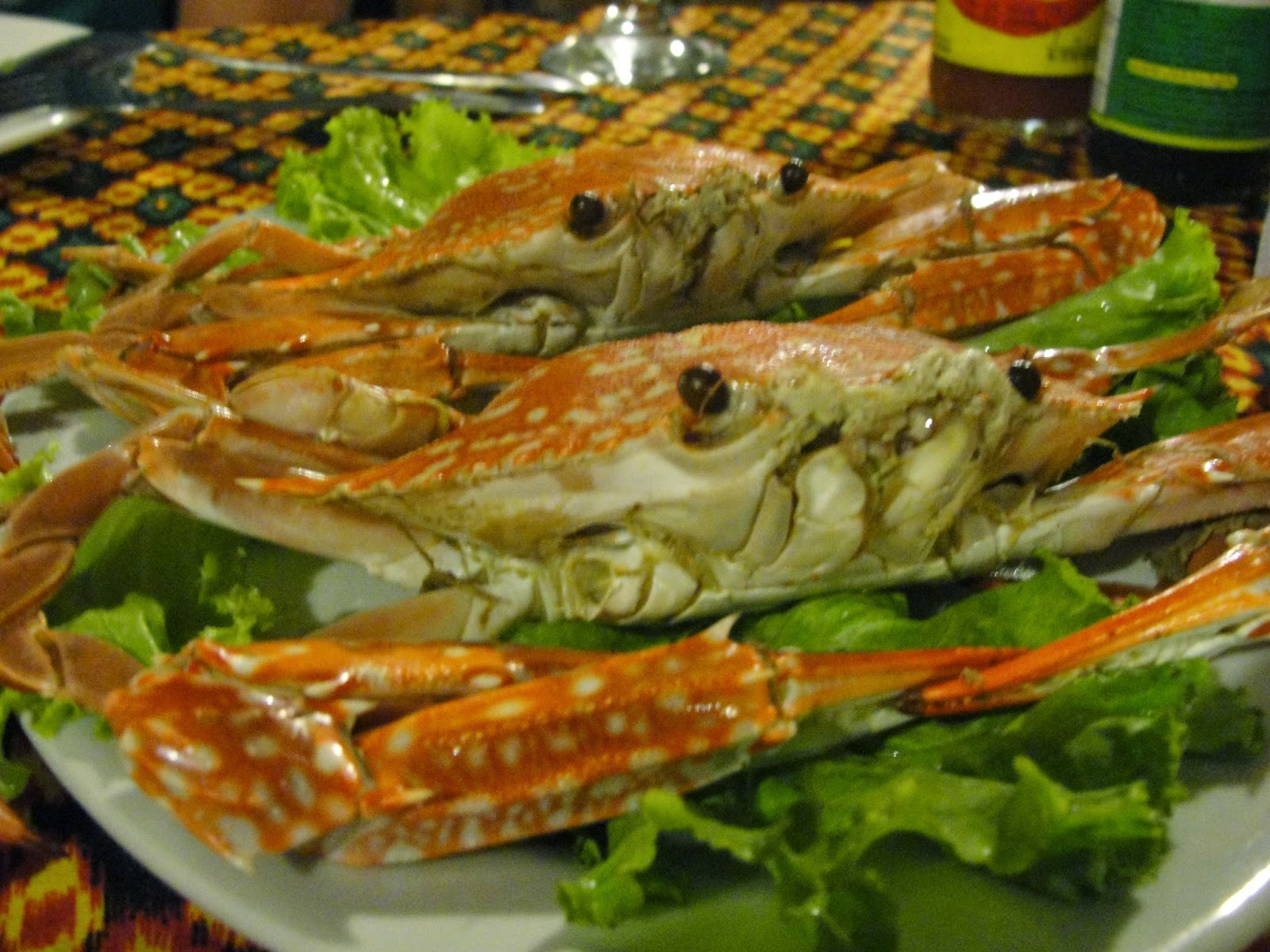 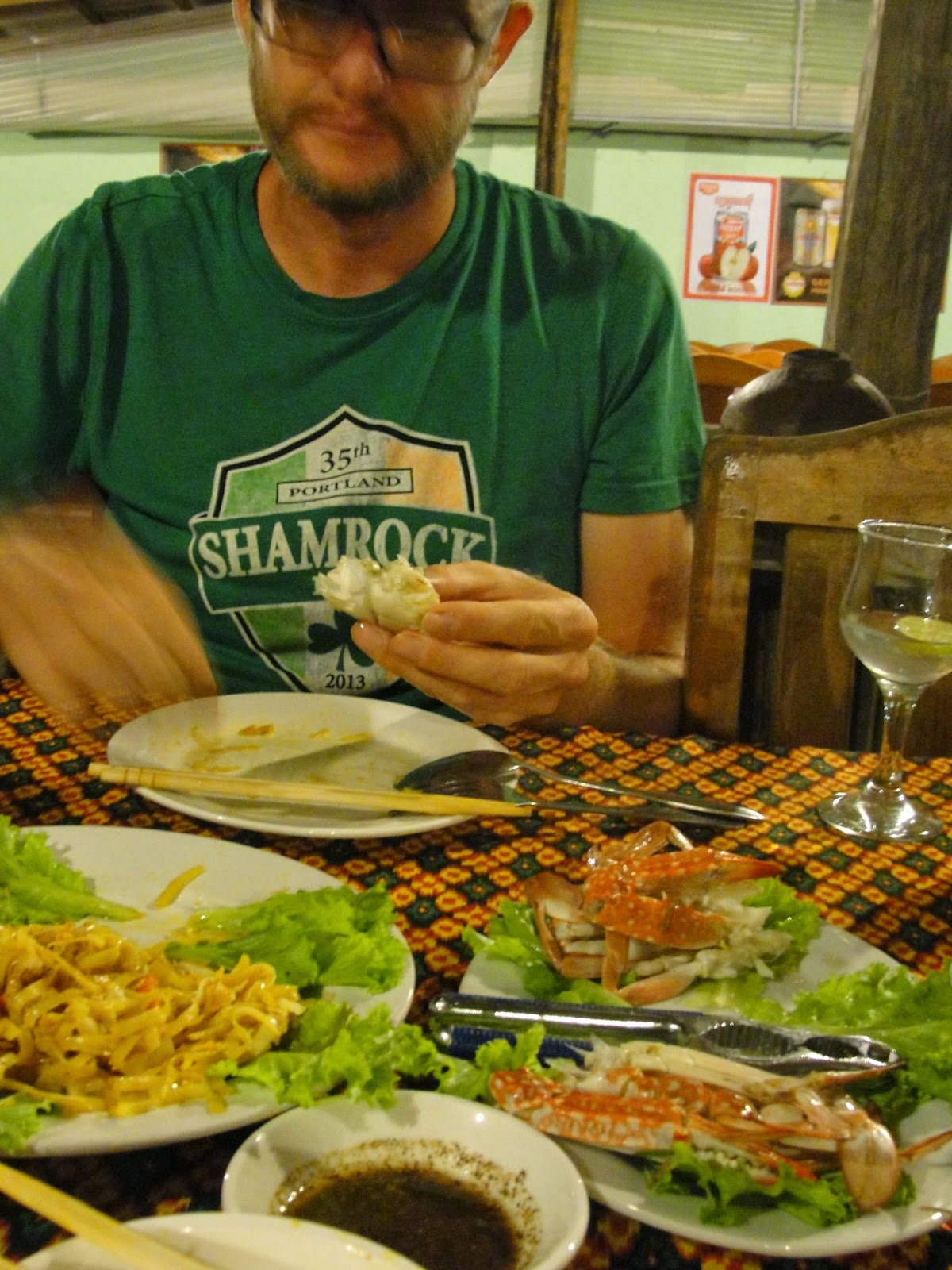 just as messy -
that's part of the fun

2. The statues. Cambodia does love its statutes and this is definitely true in Kep. 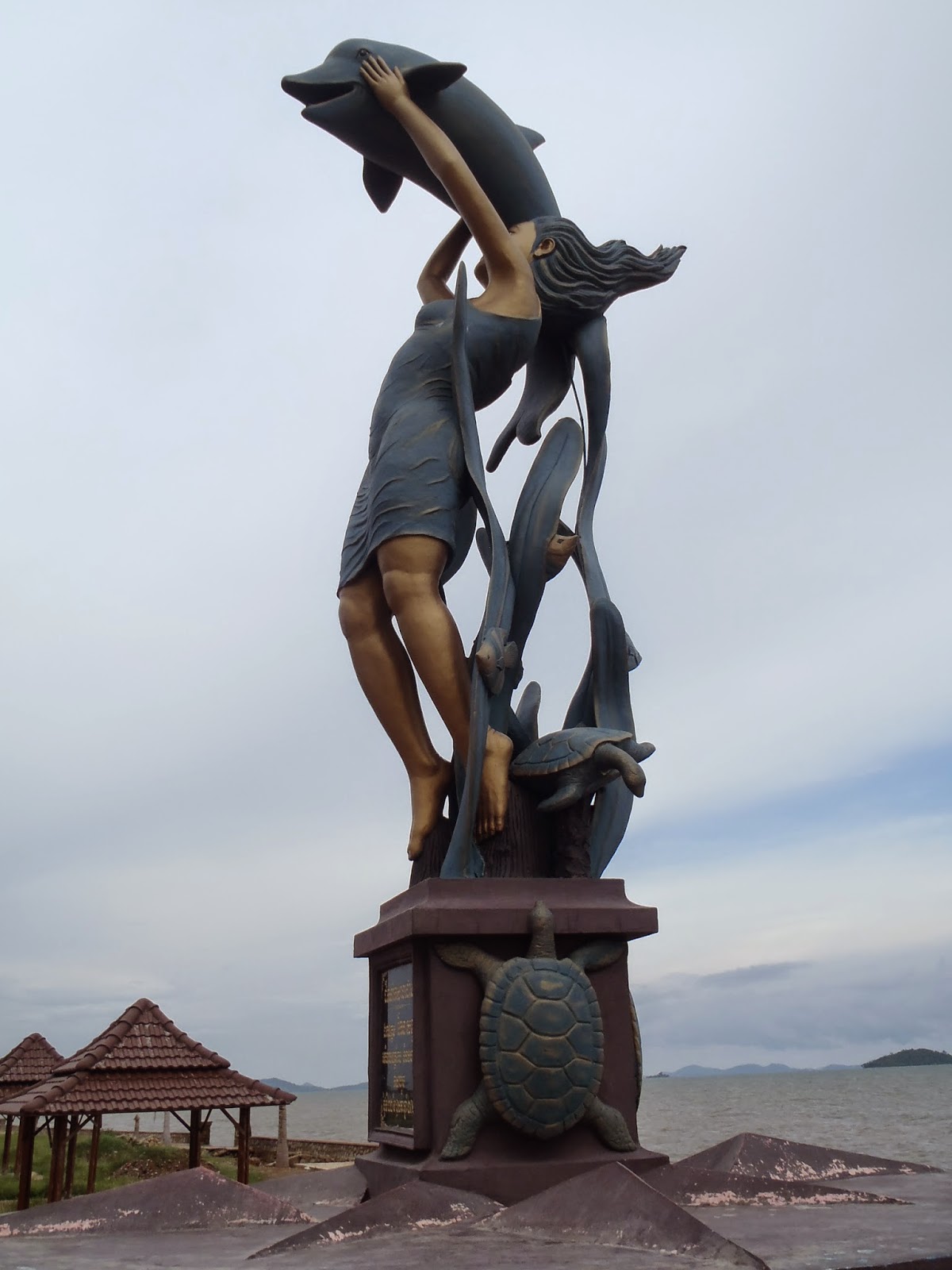 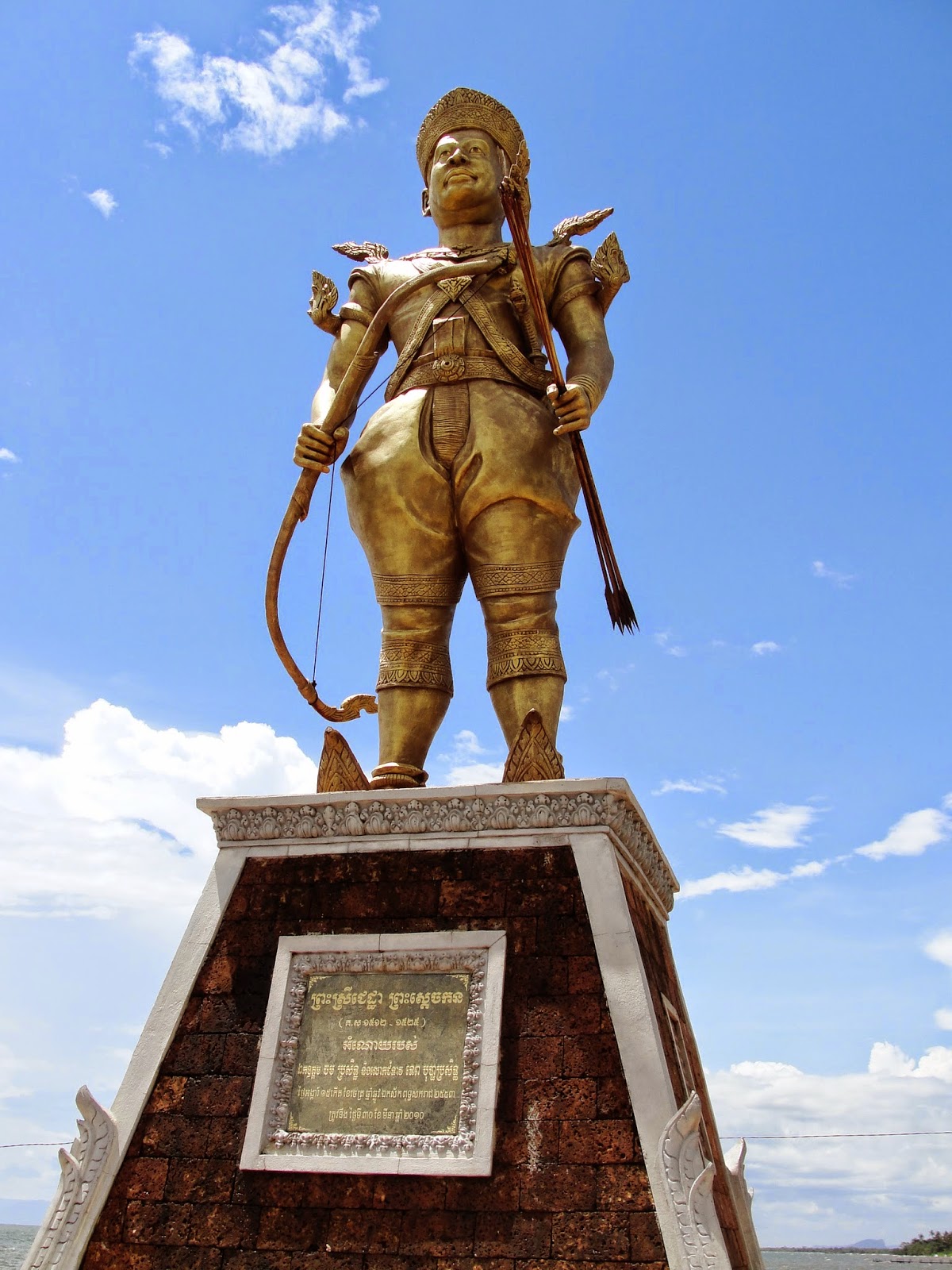 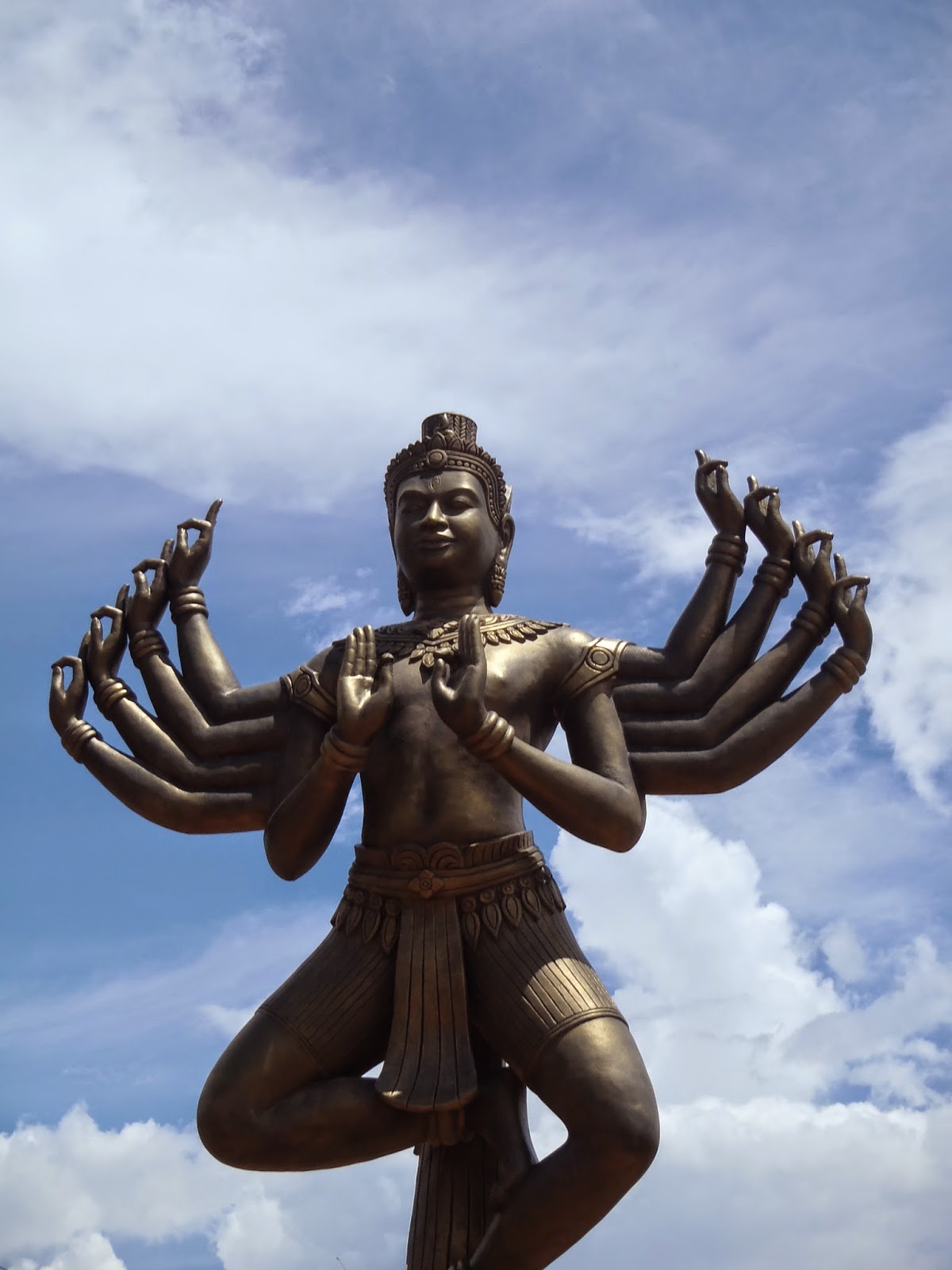 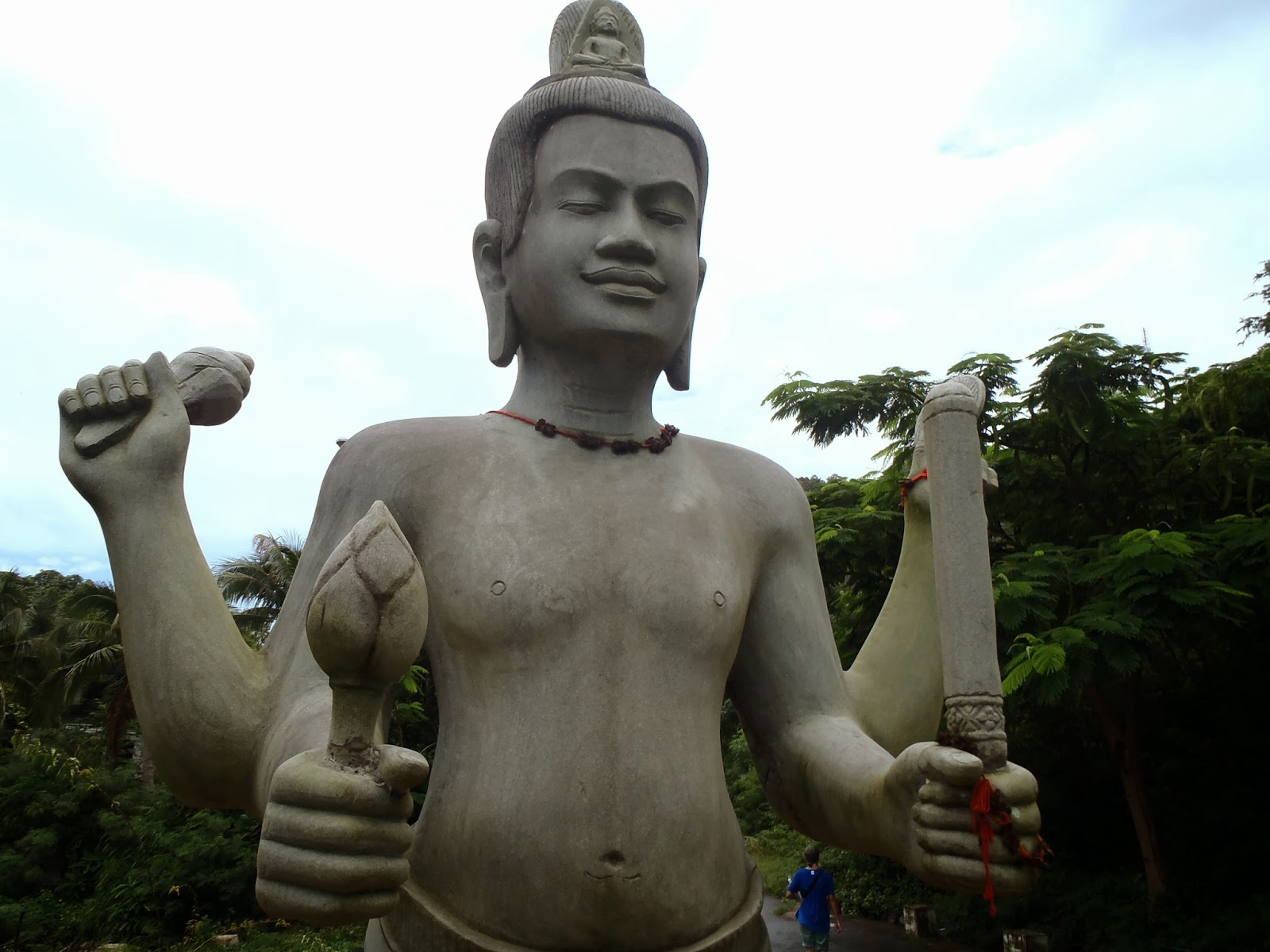 ... even near the national park
(which contains a few Buddha statues) 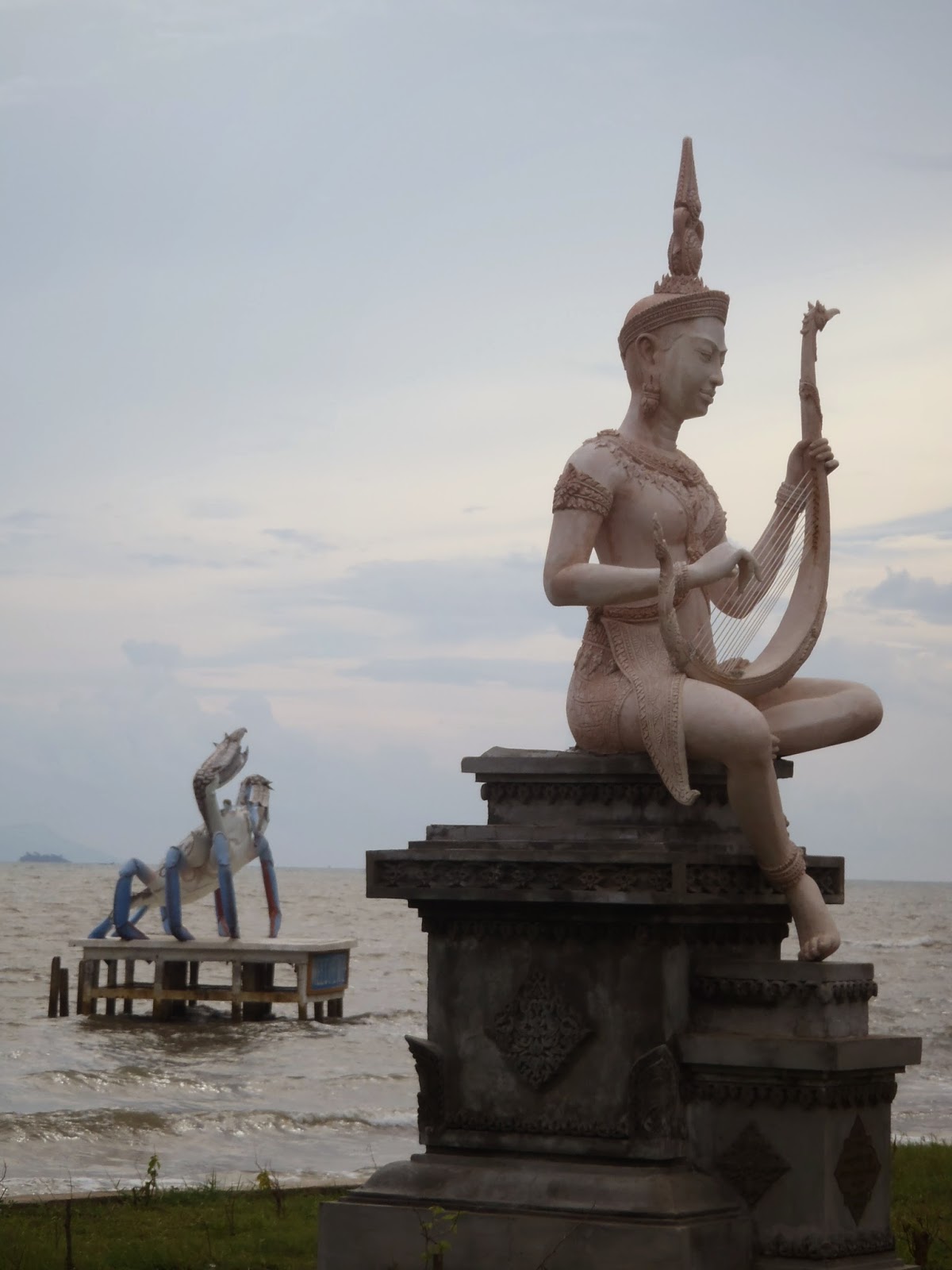 look out - he's right behind you! 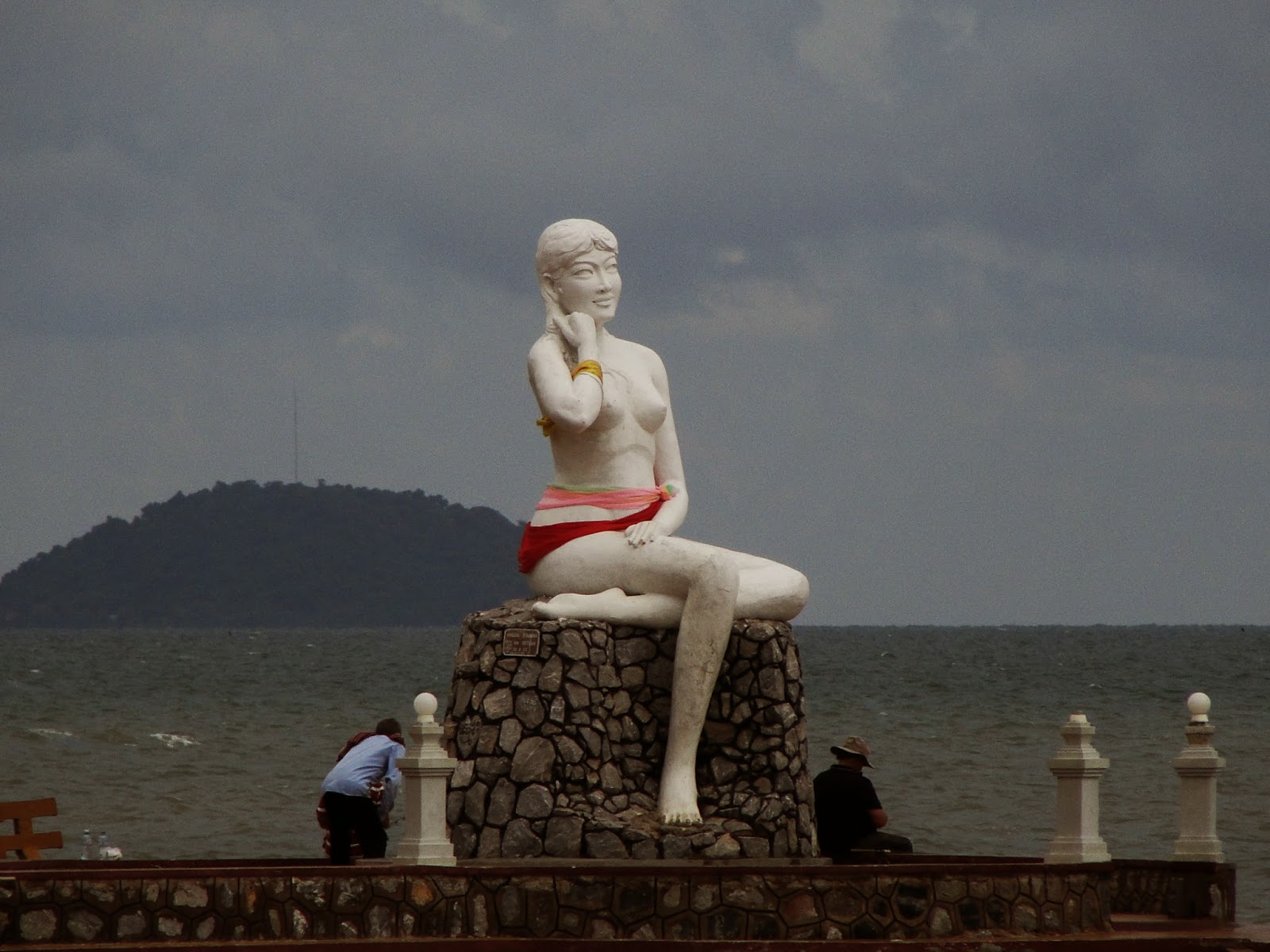 Western art in a modest country -
probably not the best idea 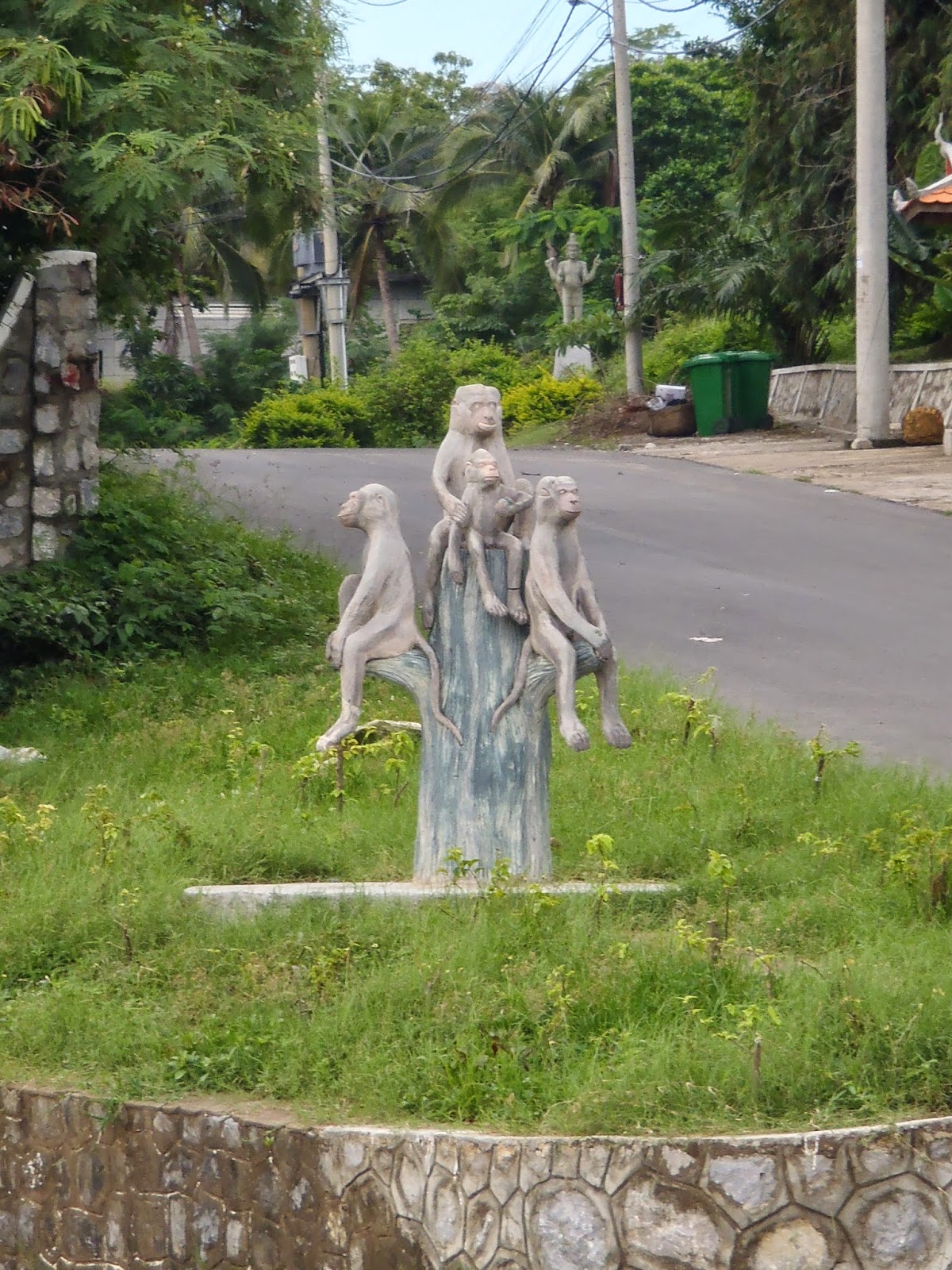 again with the monkeys

There are many more around town. For example, to get to our guesthouse we just turned right at the Vishnu statue...

3. Kep National Park. The smallest national park in Cambodia is well-maintained by Led Zep Cafe and the Squirrel Association (can't make this stuff up). 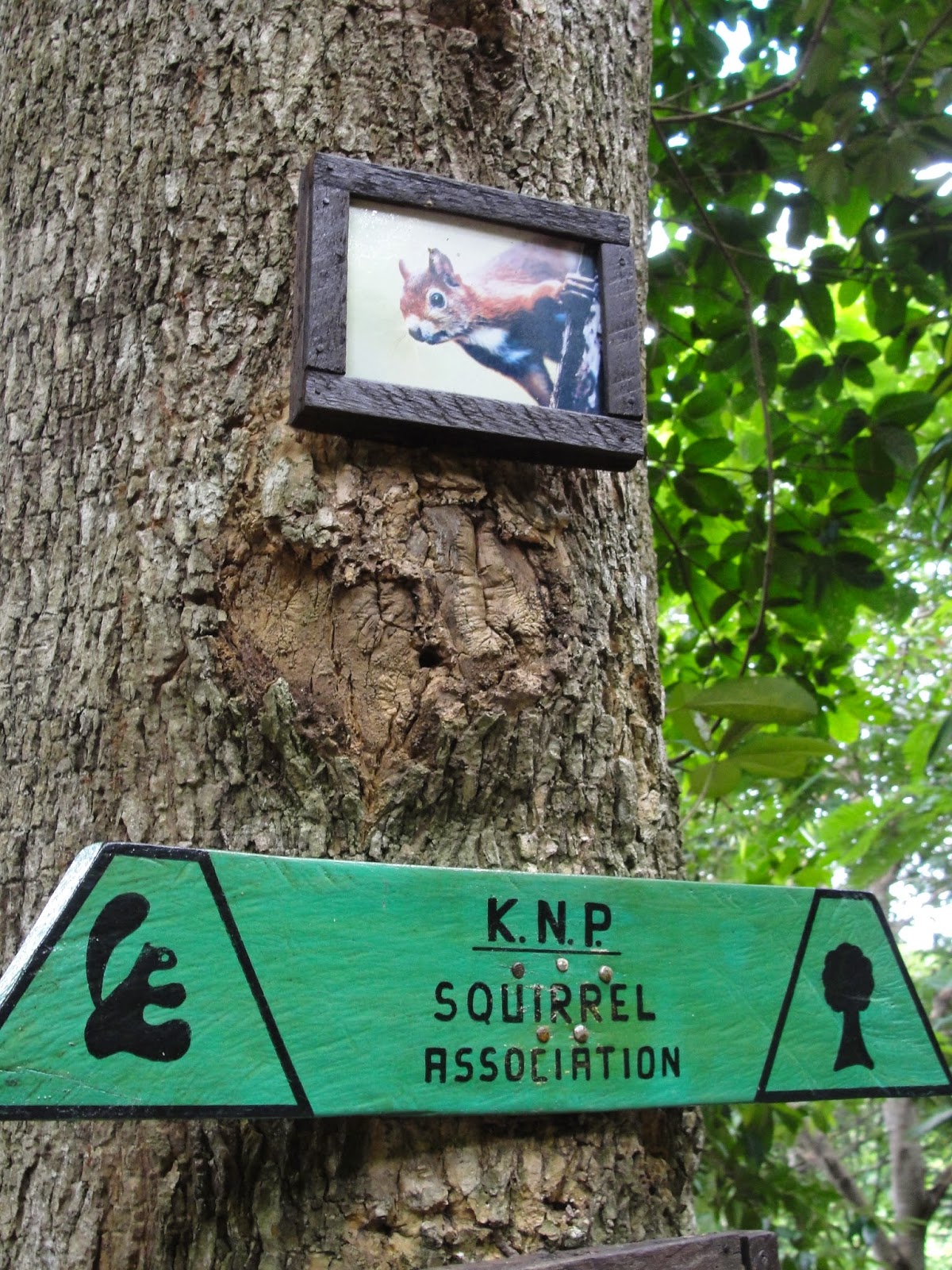 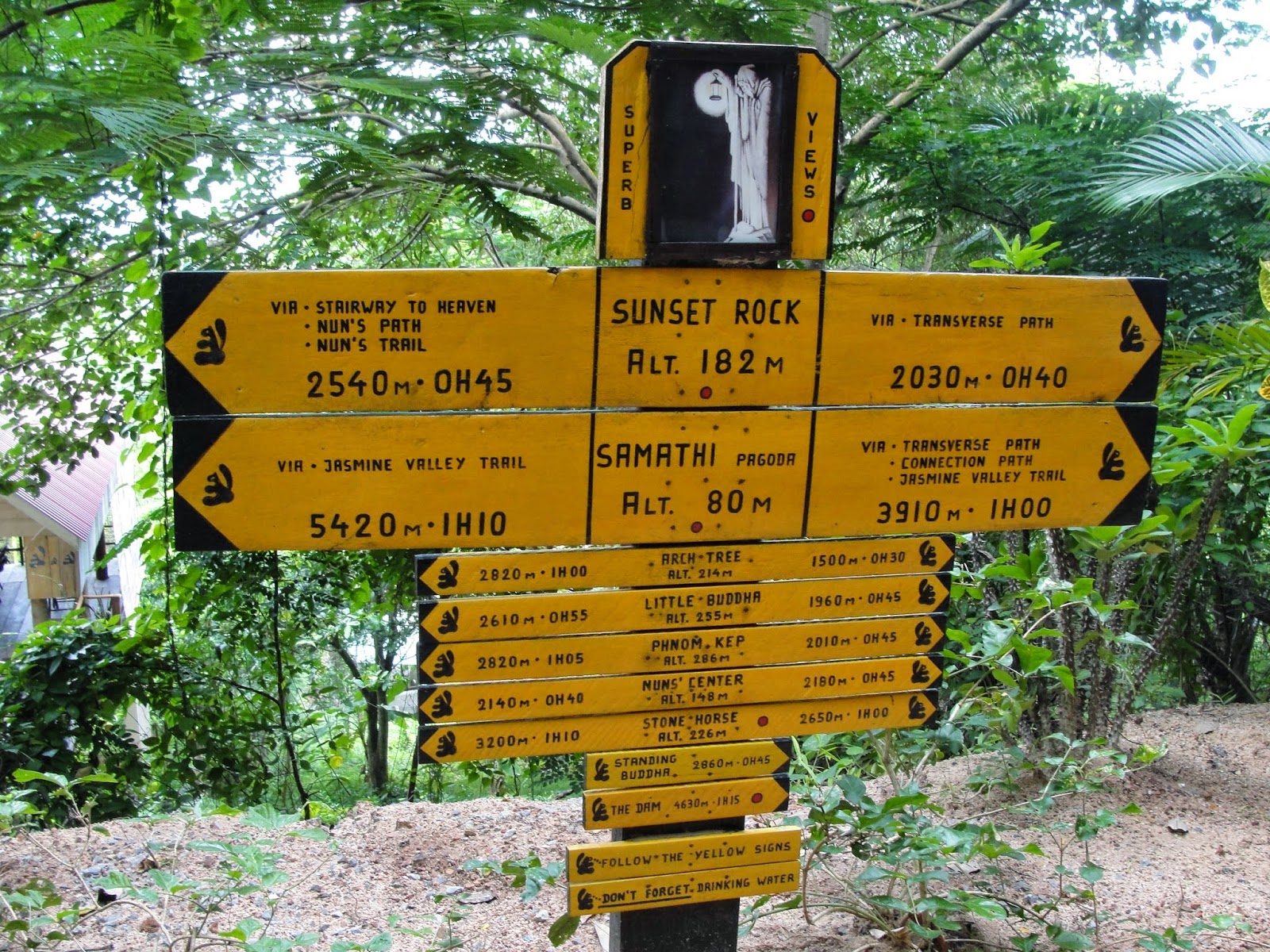 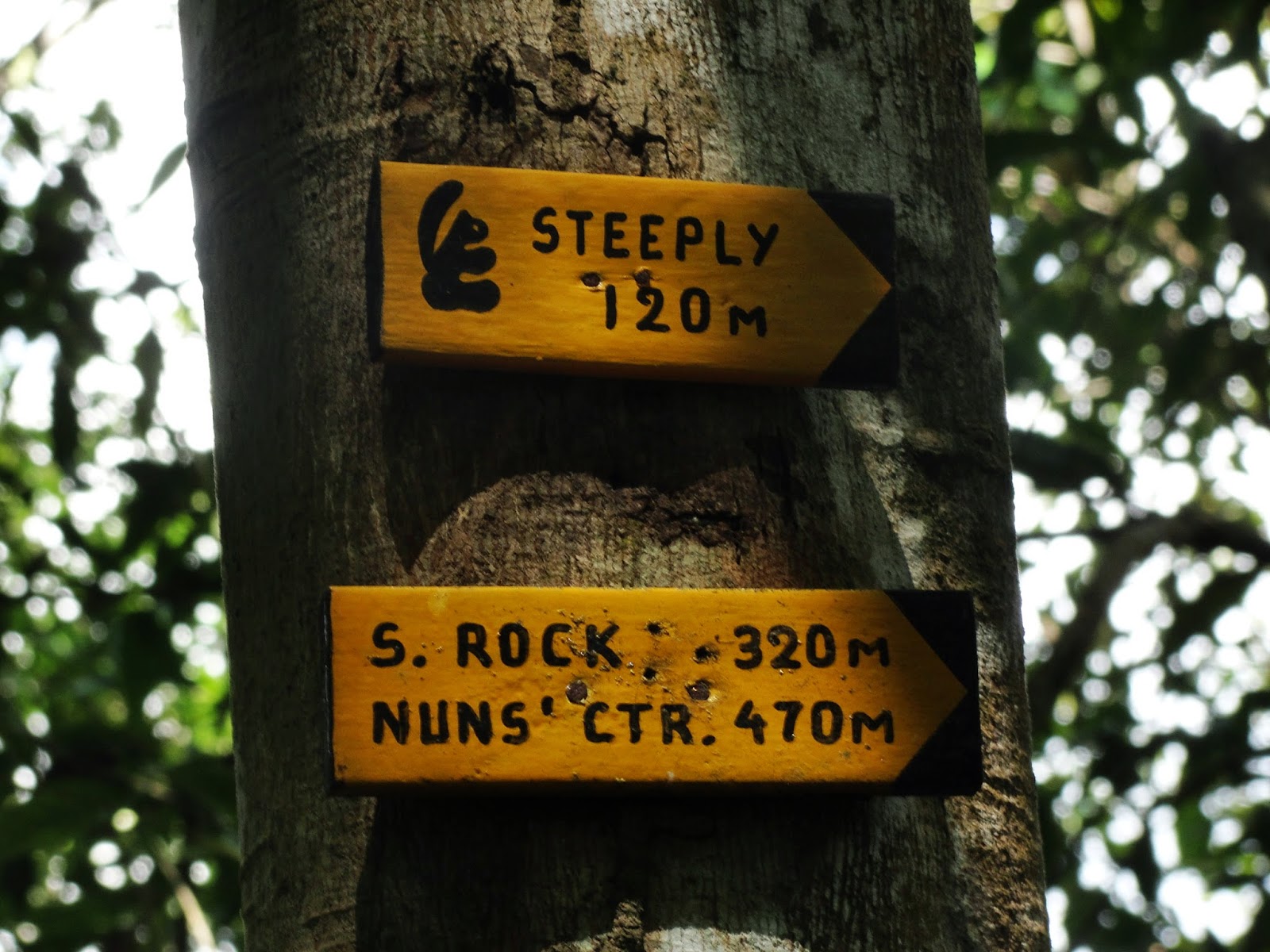 how to say "steep" in squirrel 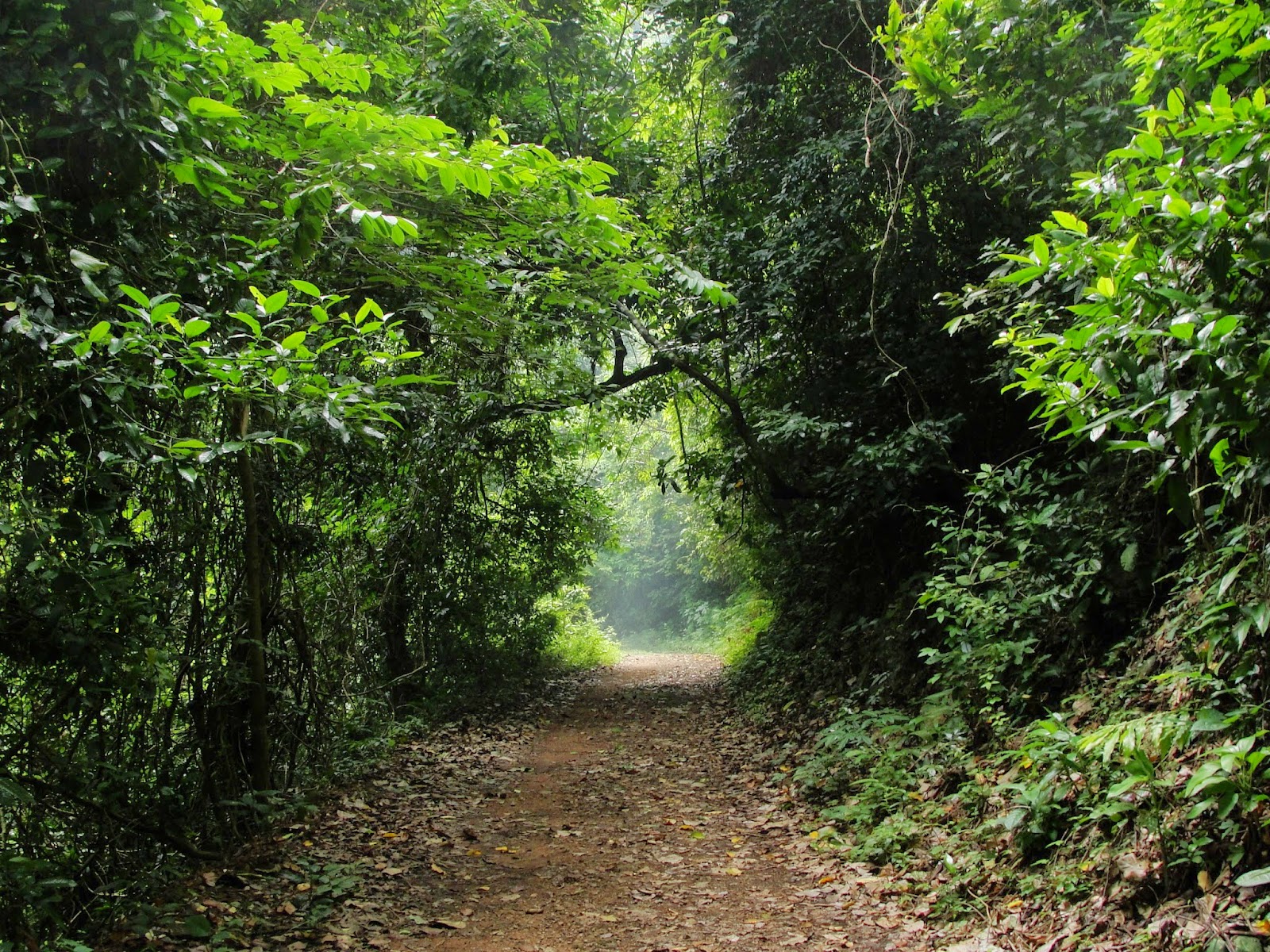 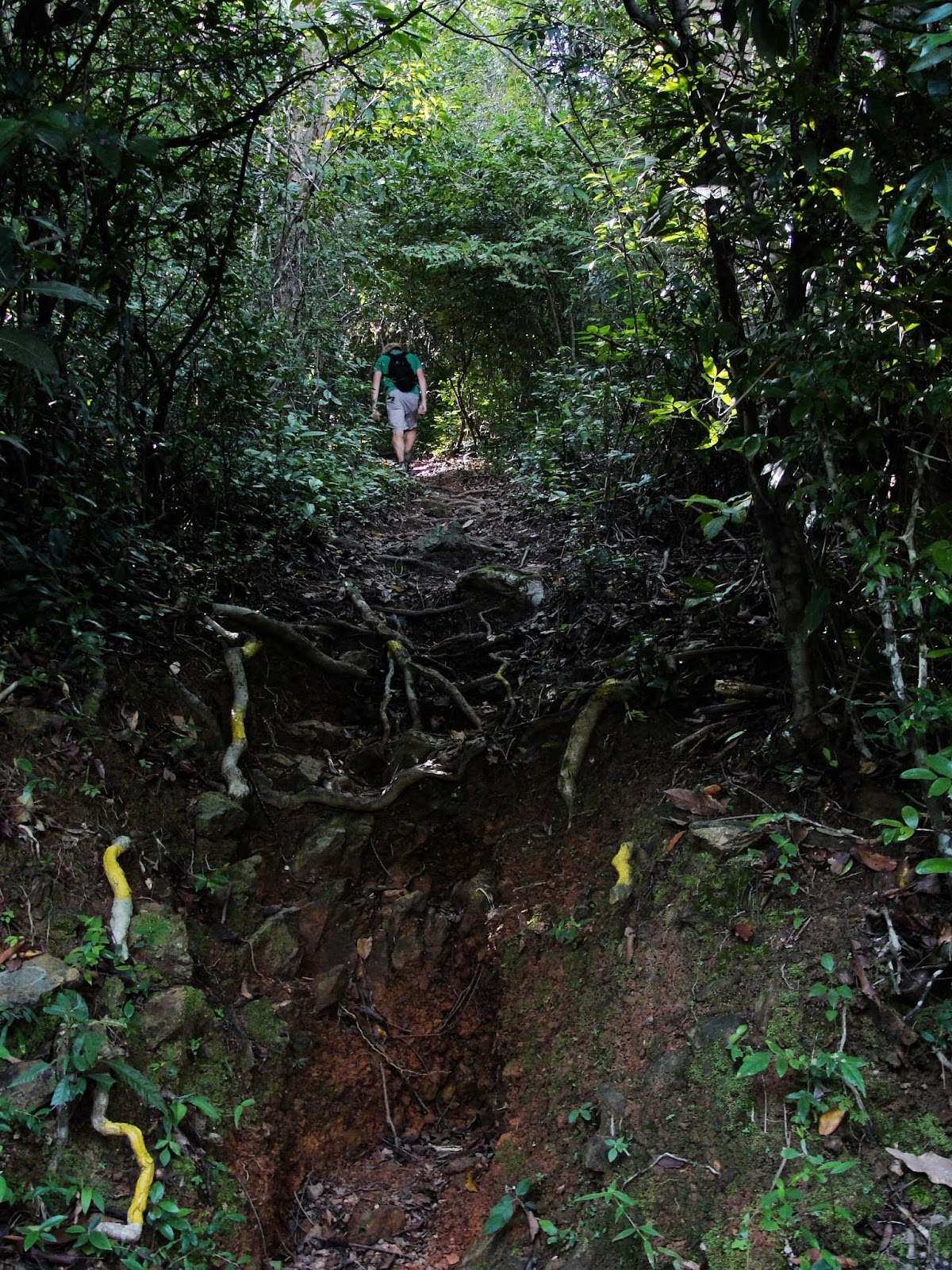 no kidding about the "steeply" 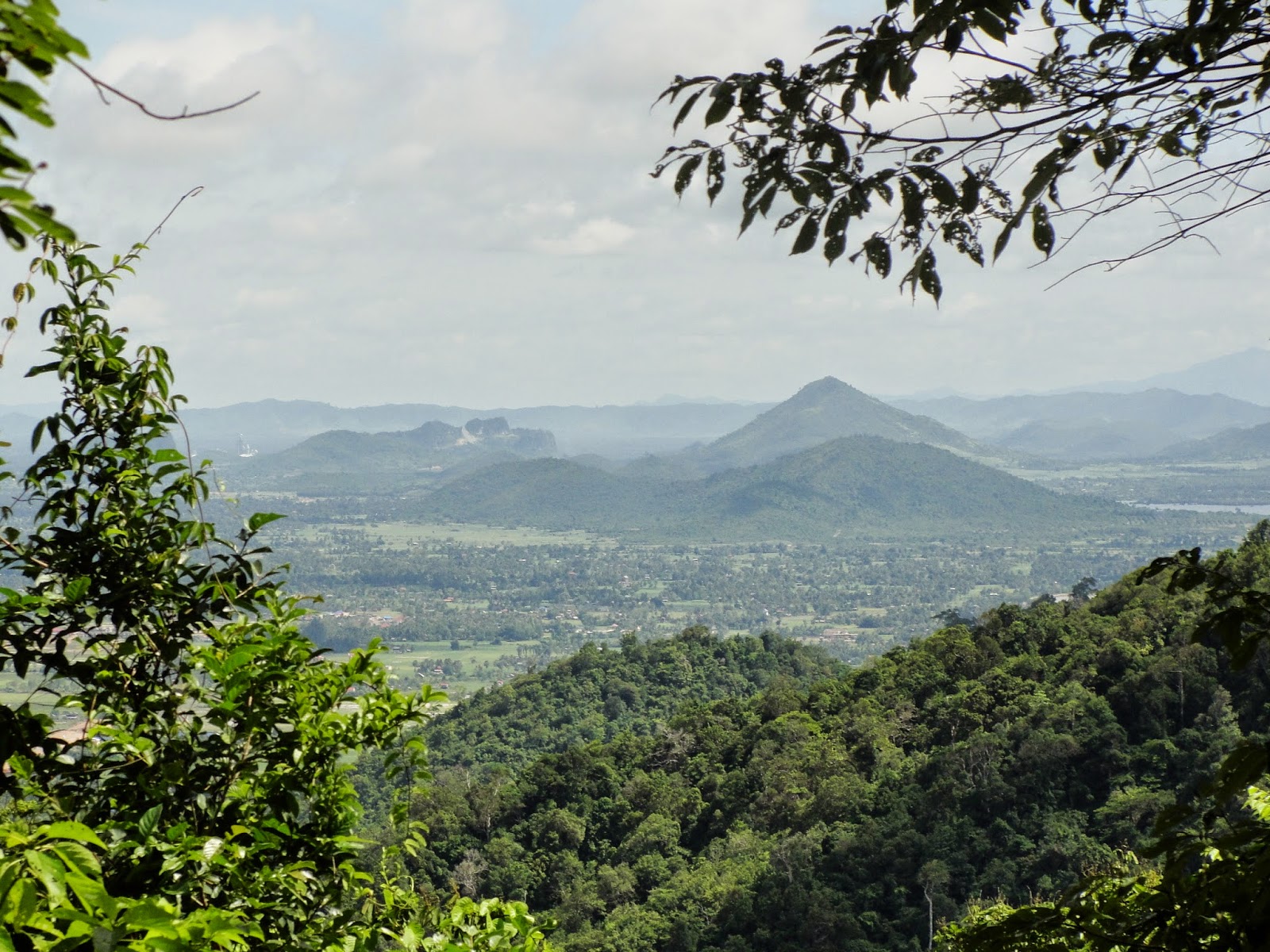 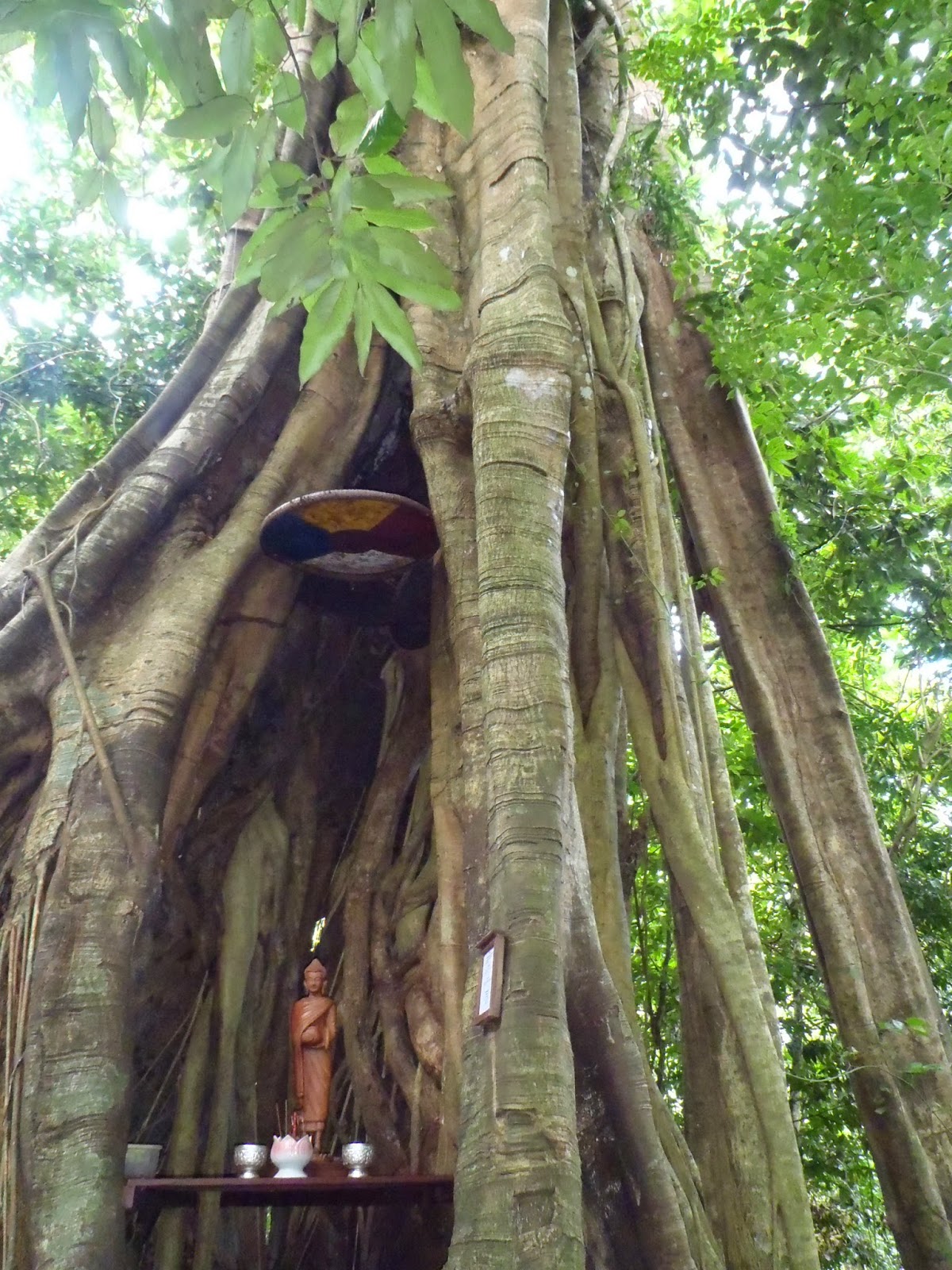 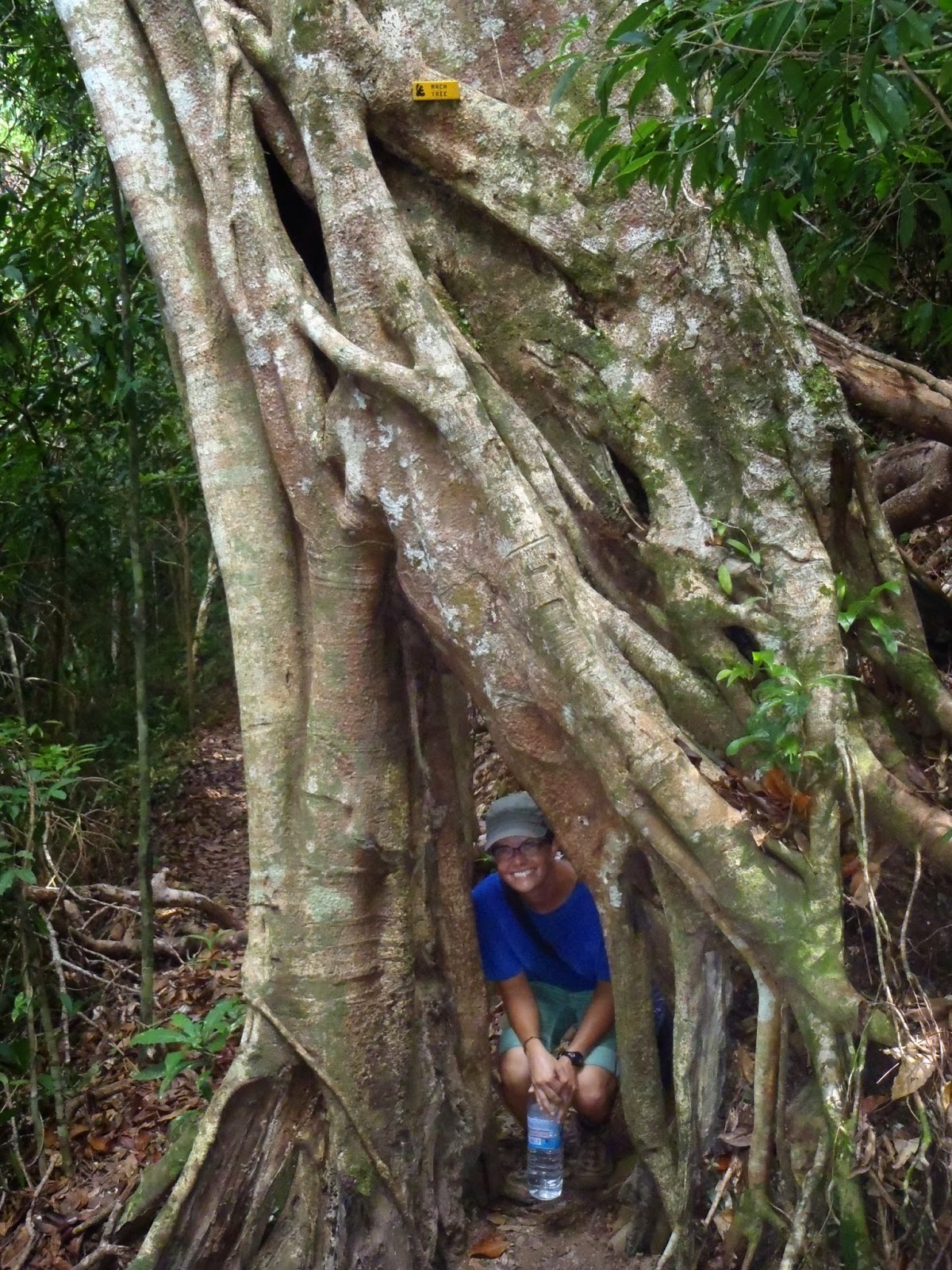 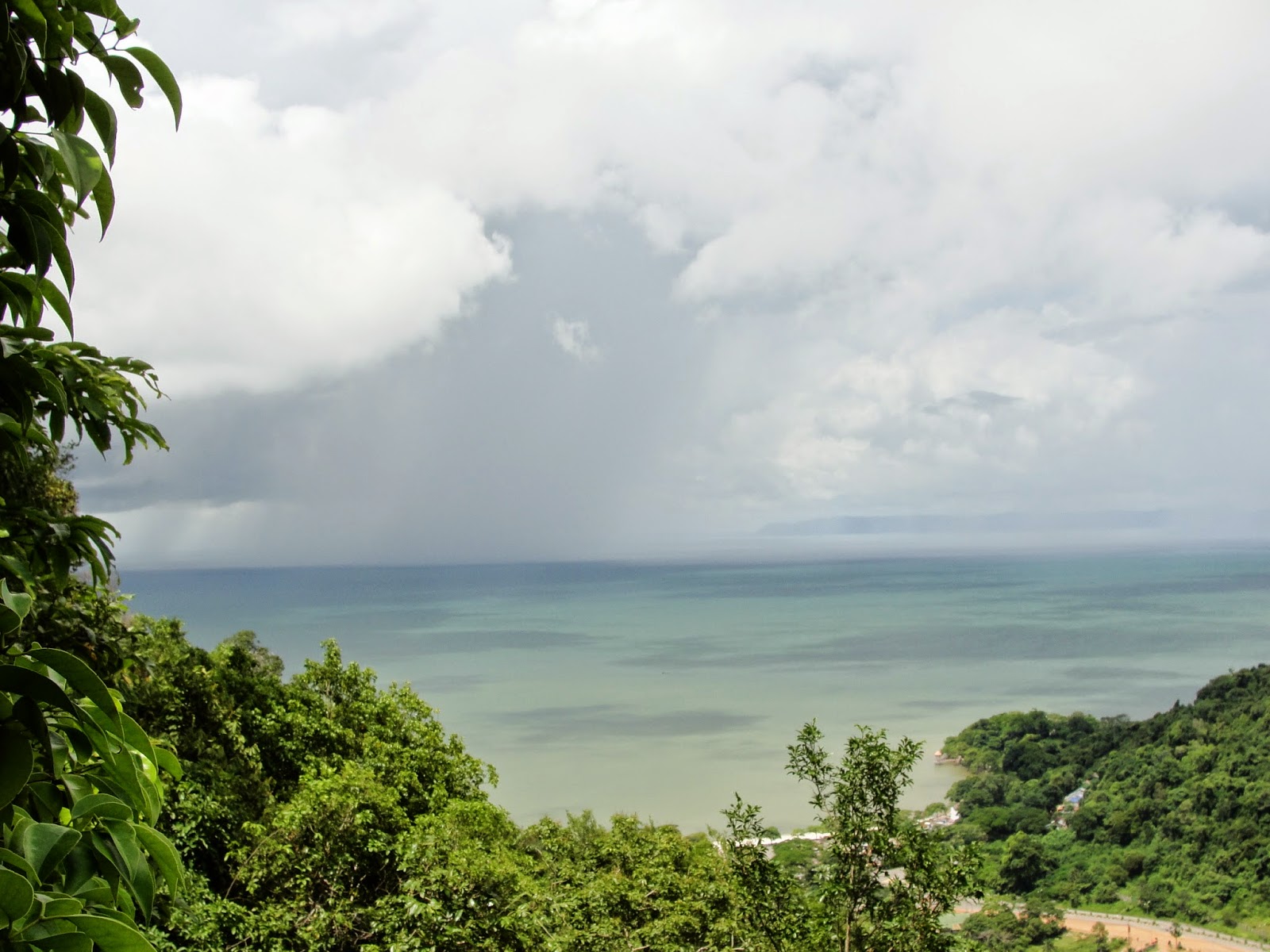 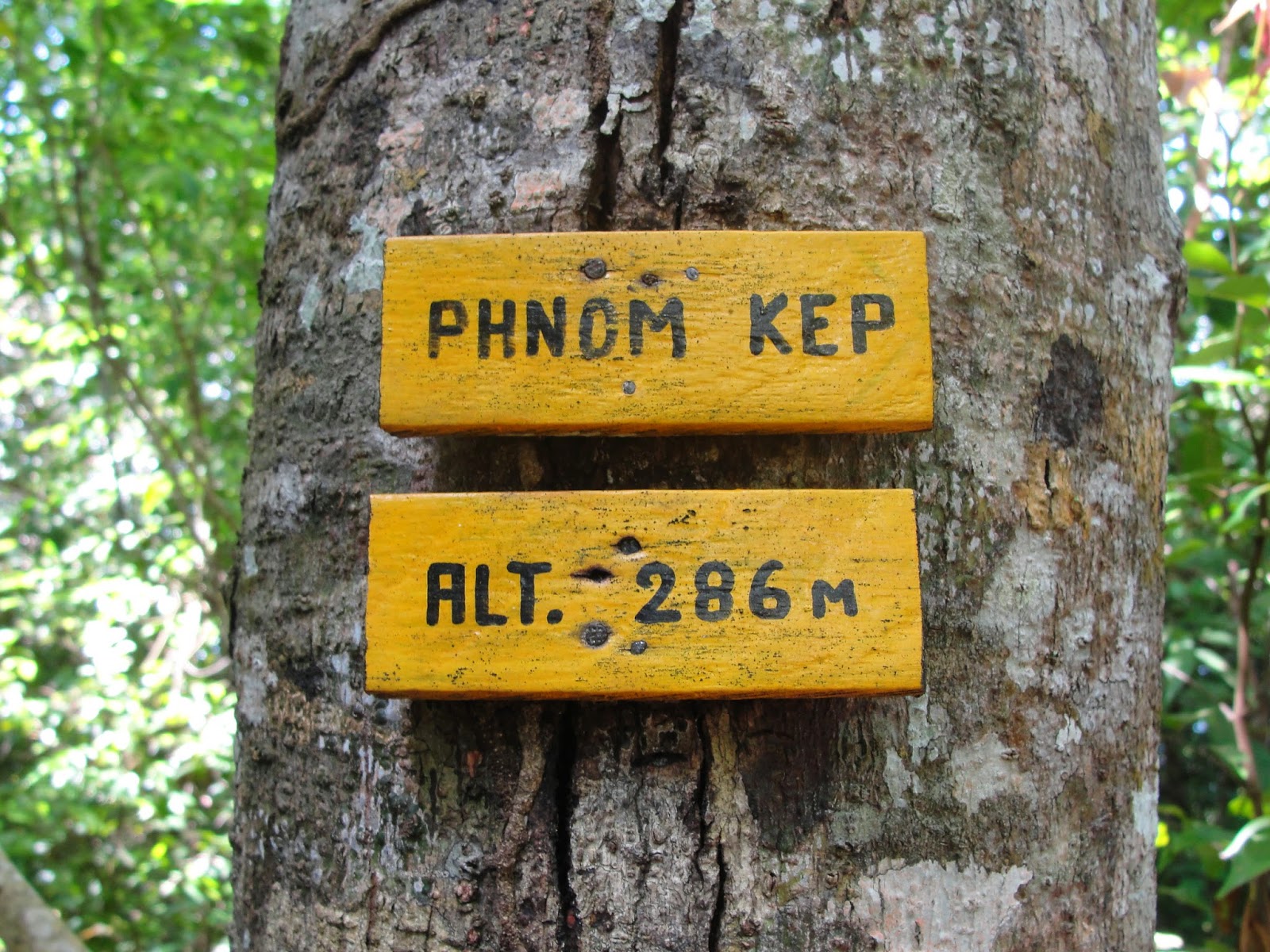 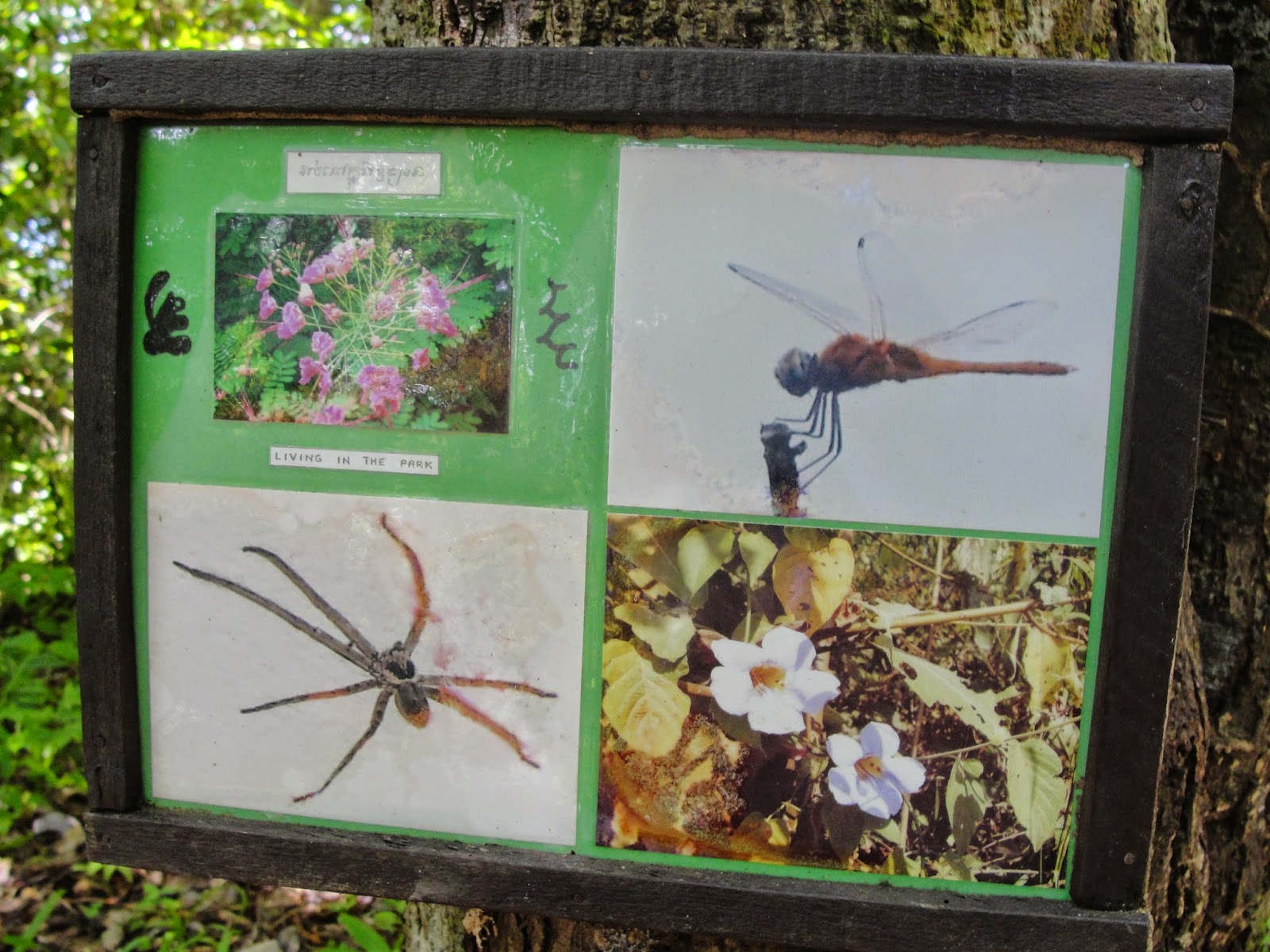 We spent two mornings meandering around the trails before the heat and/or rain got to be too much.

4. Well-placed benches. Sounds dumb, but for a part of the world that spends a lot of time sitting in the shade to avoid overheating, it's surprising how many villages, towns, parks, and riverfronts across SE Asia don't get the bench thing. Too often they don't exist, or they're directly in the sun, or they face walls or other unpleasant scenery.

Kep's waterfront is lined with benches, many of which are under trees, and the national park's benches are mostly shaded and feature lovely views. 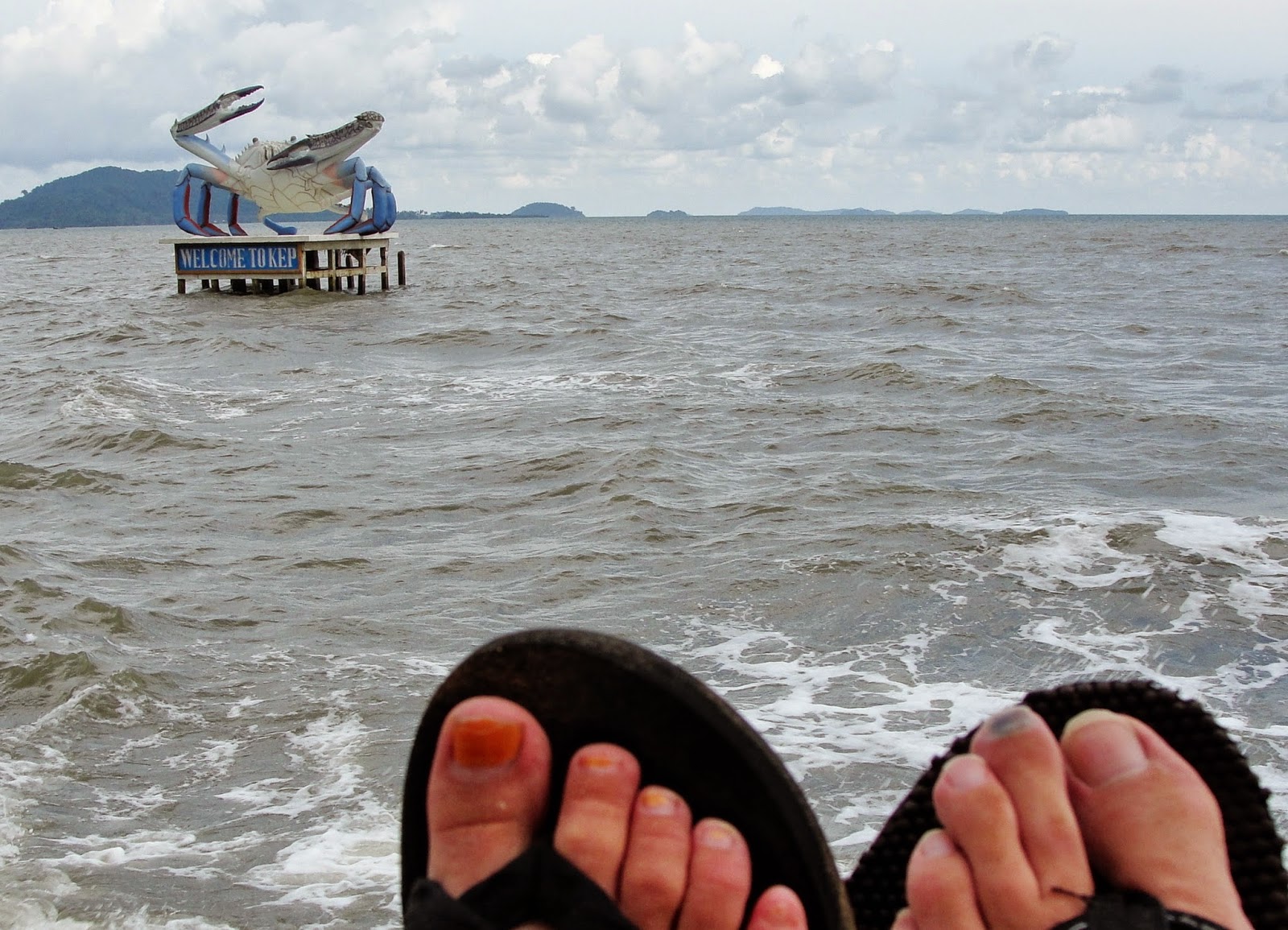 taken from one of the many benches

5. The indifferent (in a good way) tuk-tuk drivers. We got a ride to our guesthouse from the bus stop and the driver didn't try to sell us a tour. We rode past a tuk-tuk on our bikes one day and the driver, clearly not even trying, asked us if we needed a tuk-tuk. He went back to his nap when we smiled and pointed to our bikes. Later we parked the bikes by the waterfront and Patrick's bike somehow fell into the sea (I still blame that Italian guy who walked by). While he retrieved it a bunch of tuk-tuk drivers sat in the shade watching the whole scene and laughing at us. It was priceless.

Those are five reasons we liked it. There are a few other things to do in Kep if one so chooses. We skipped Rabbit Island but we did admire Phu Quoc, Vietnam from afar. 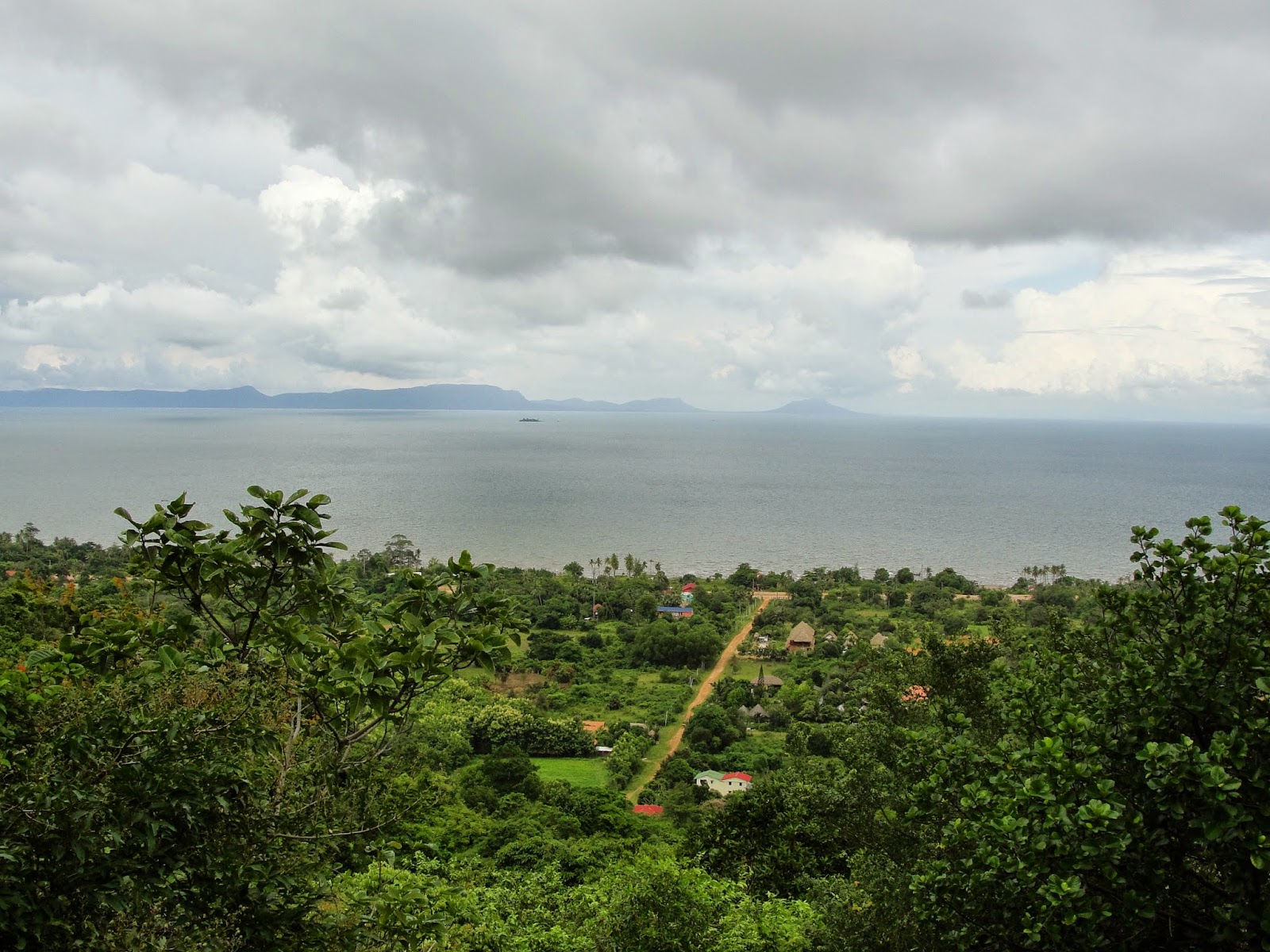 Also, the village of Kampot is nearby. They grow amazing peppercorn in Kampot and plantation tours are available. We were not up for another rushed guided tour ending with ample time at the gift shop, but we did enjoy Kampot peppercorn sauce with several dishes at the crab market (including a wonderful dipping sauce with our whole grilled crab). 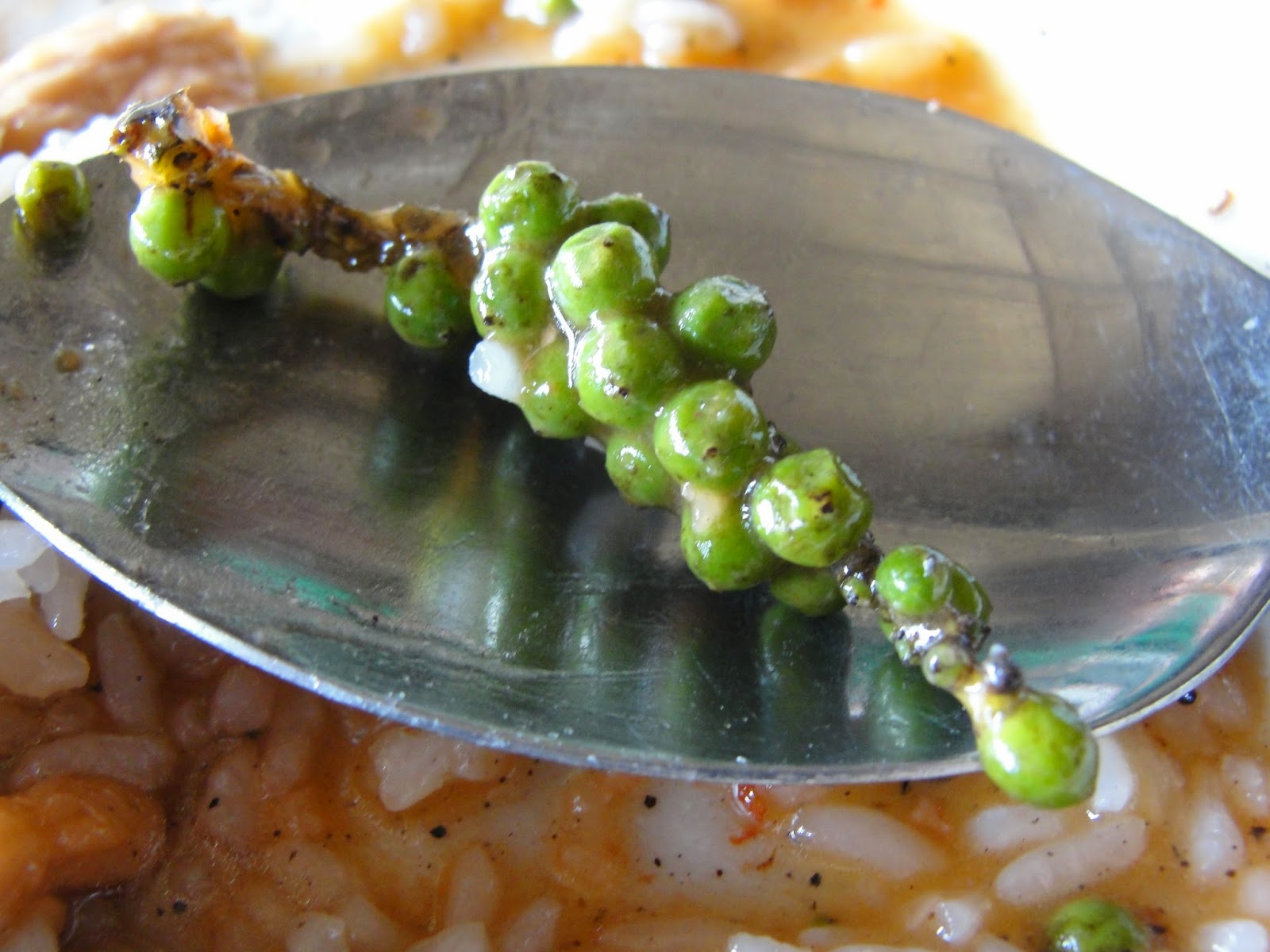 Lodging notes: we splurged a bit on our guesthouse (if you consider $15/night splurging). Le Coco de Mer was really nice - we had a huge bungalow and squeaky clean ensuite bathroom, lovely gardens, free bicycle rentals, and good breakfasts. An added bonus: it was a five minute walk to the beach, national park entrance, and crab market. 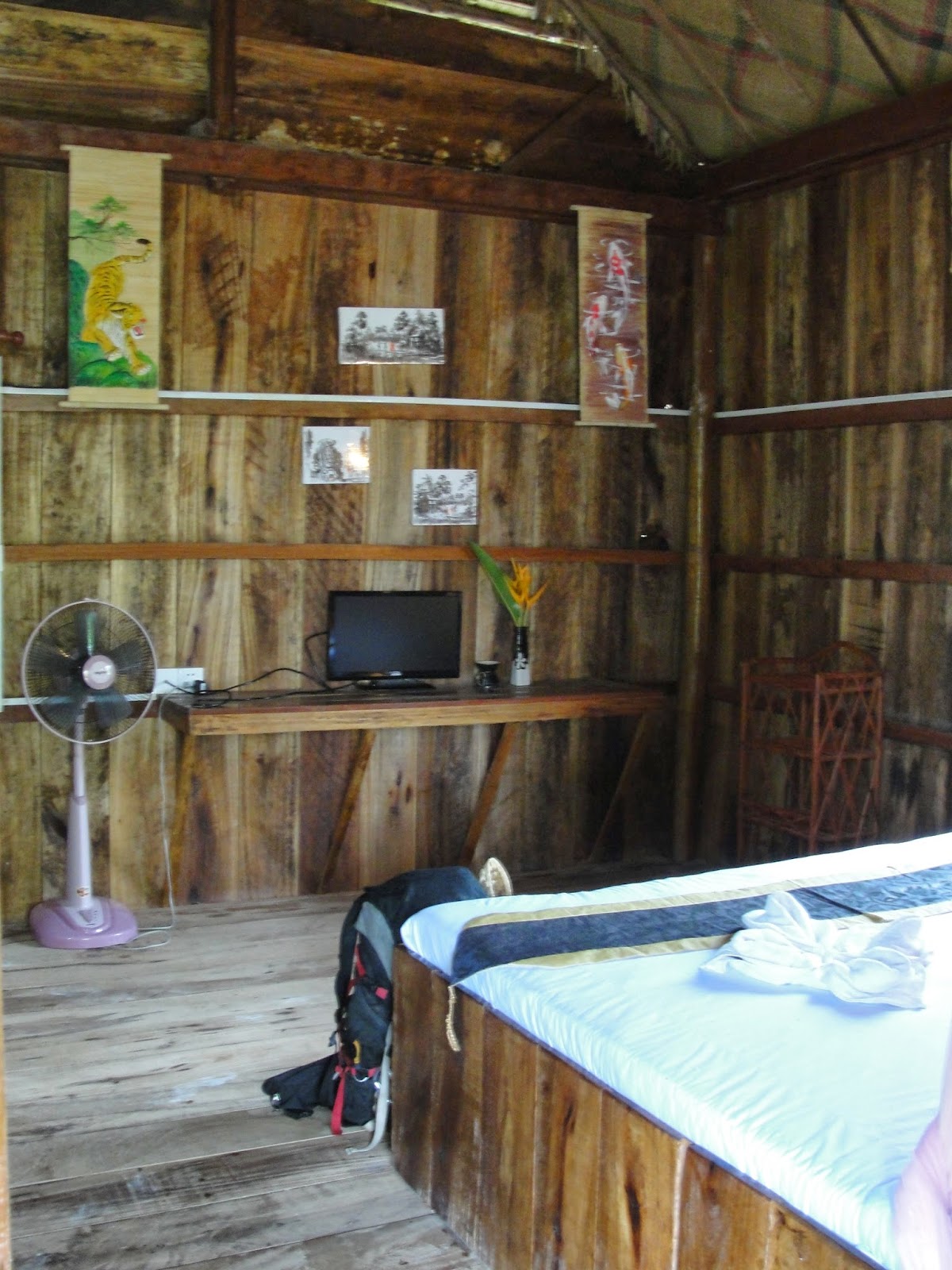 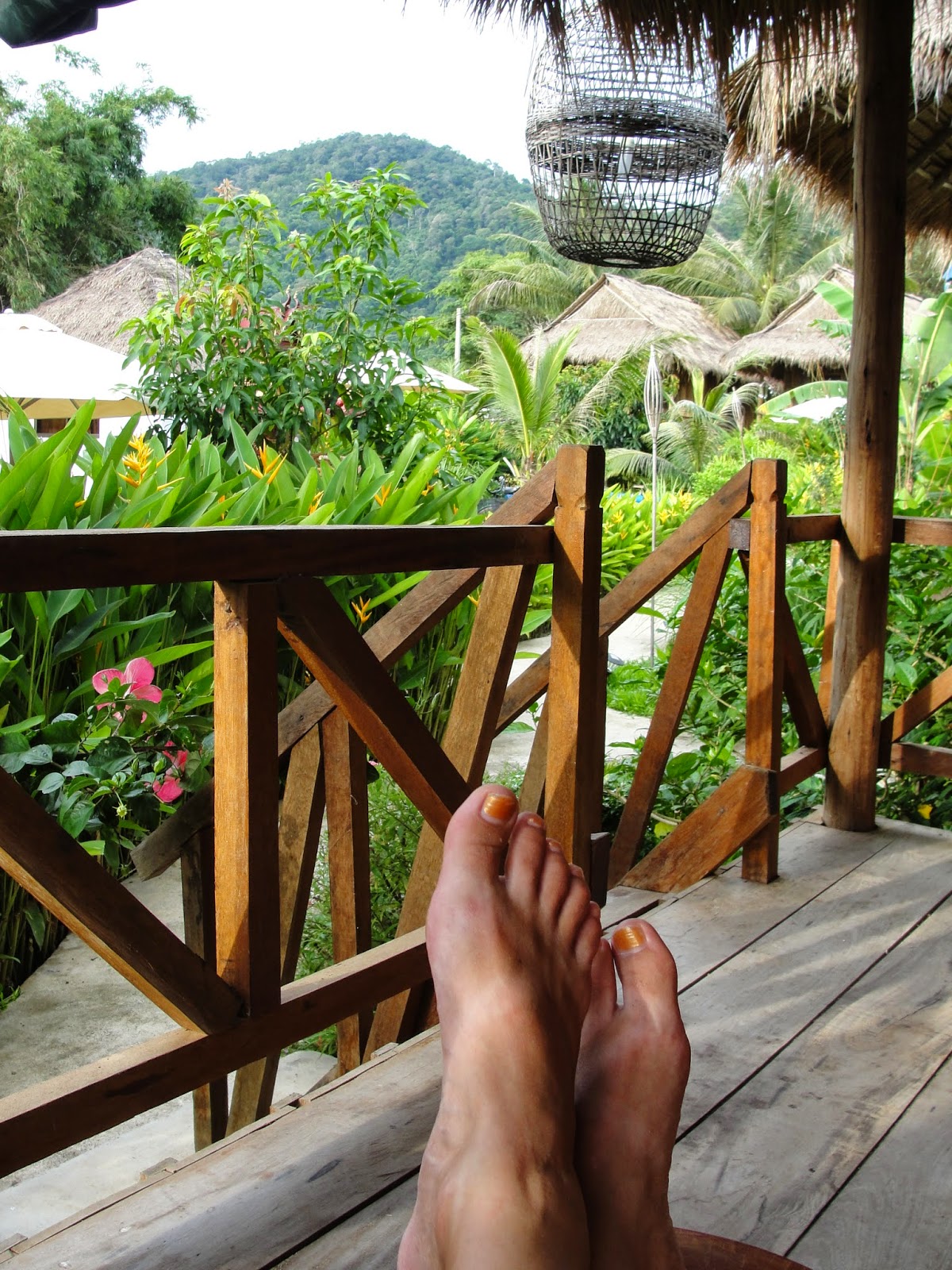 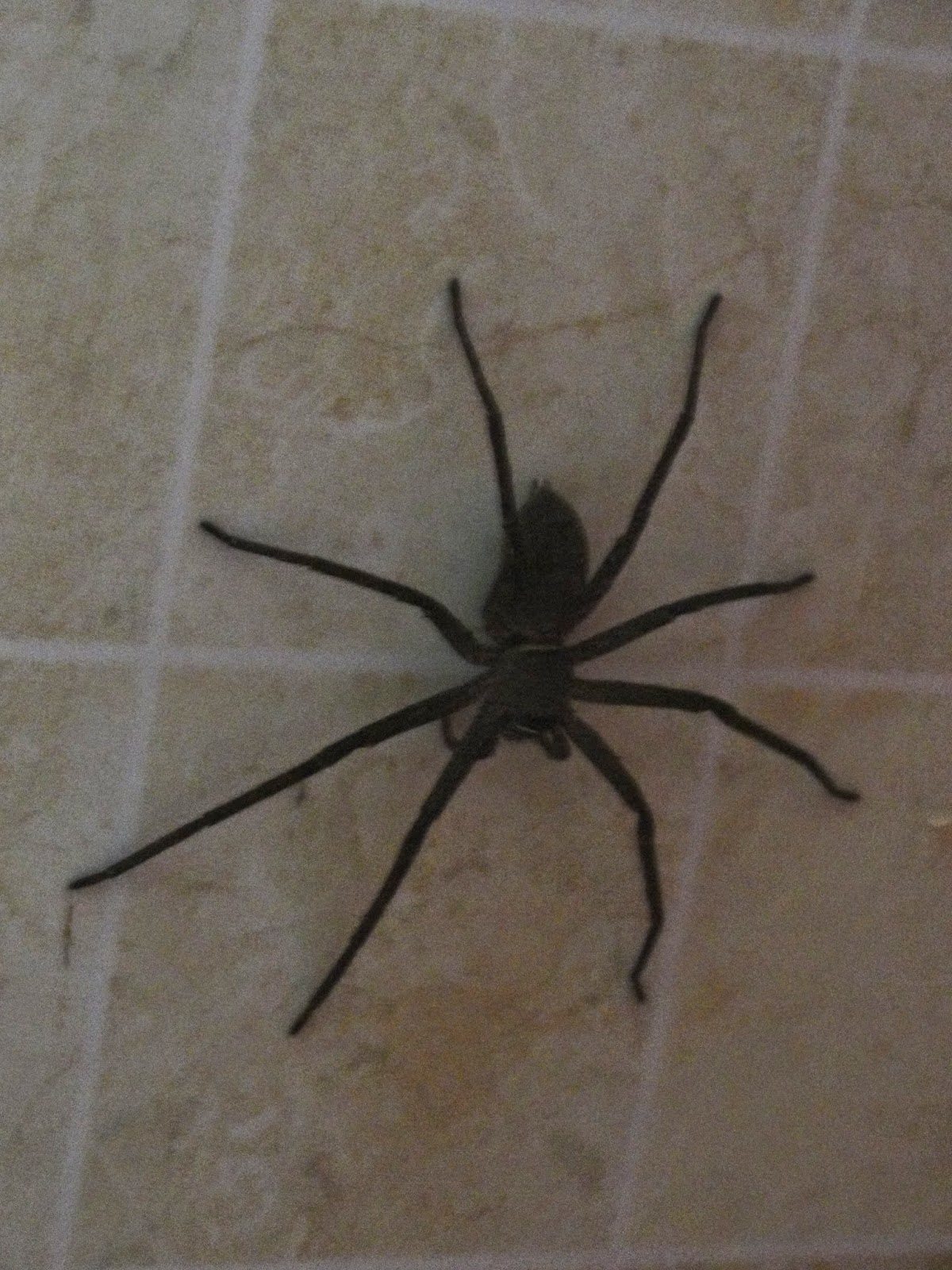 Our only complaint was the time the owner talked late into the night with some friends - our bungalow was right next to the common/dining area and we were kept up until midnight. (Midnight! The humanity.)

Our time in Cambodia is getting short. Time for a day-long bus ride to the second largest city before heading back to Bangkok... Battambang, here we come!
Posted by Jen
Email ThisBlogThis!Share to TwitterShare to FacebookShare to Pinterest
Labels: asia, cambodia