Before Phnom Penh, there was Kampong Cham. And it was good.

We had a few days before we needed to be in Phnom Penh and we really didn't want to stay in Siem Reap. Our guidebook, wikitravel, and several travel blog posts indicated that Kampong Cham was a comfortable Cambodian city with some interesting sights. That all sounded great.

Another big draw? It's located on the Mekong River. We didn't think we'd be seeing that again on this trip.

And we didn't expect to see so much of it in Kampong Cham. Not only is the river 1.5km wide in that area, it had also begun its annual flooding in the streets on the riverfront. We had to navigate around police blockades, crowds shoveling sand into grain bags, and ginormous puddles just to get to the front door of our hotel. That crazy mighty Mekong... 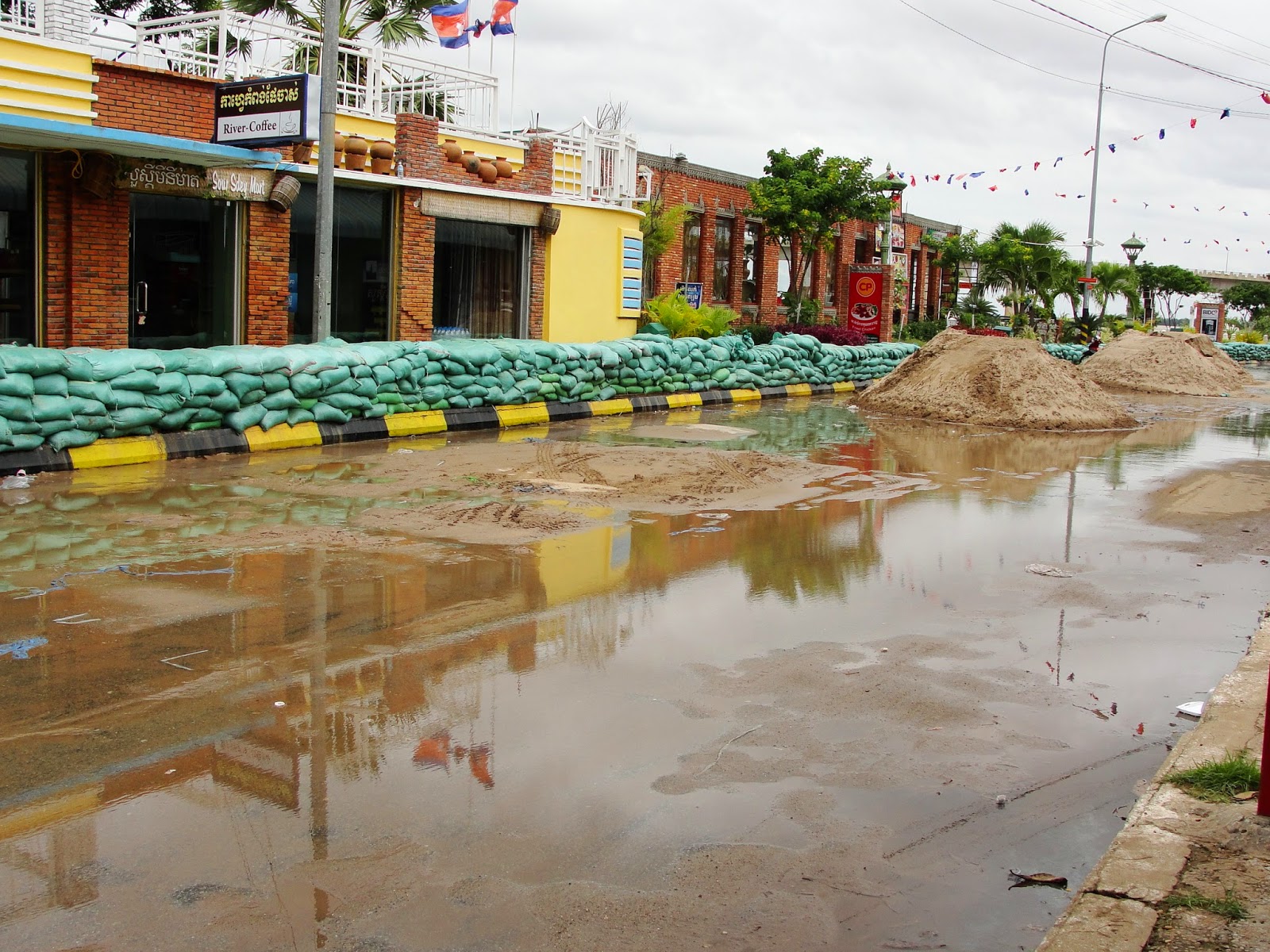 this happens every year
(though usually not until September) 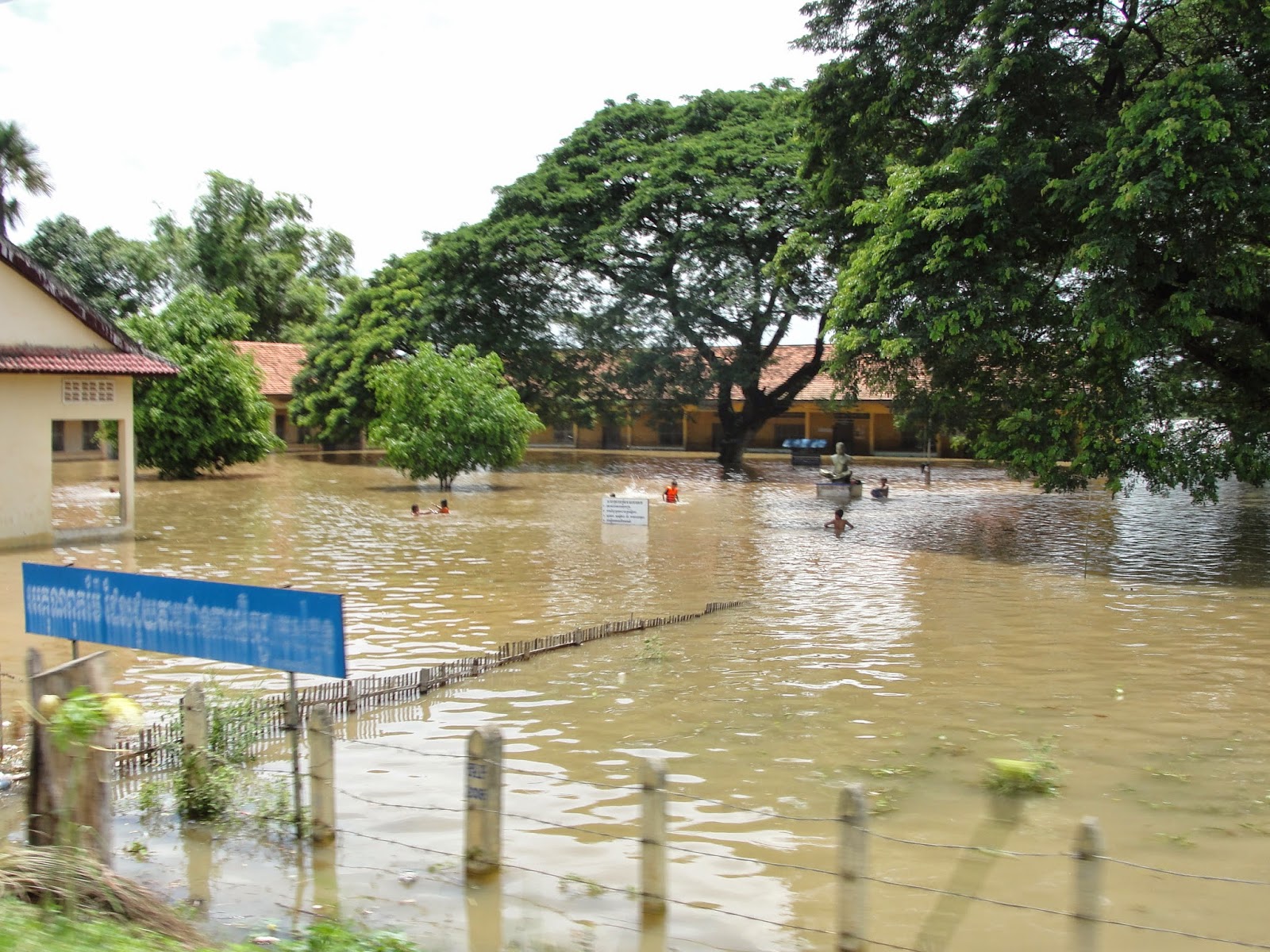 The river's height meant that the bamboo bridge to the local island, built every year and removed during rainy season, had already been removed. On the one hand this bridge (and the island it leads to) came highly recommended and we were bummed that we didn't get to ride a bike across it. On the other hand, it was really neat to be able to watch the communal sandbagging efforts and see the kids, decked out in life jackets, play in the river.

One day we hired a tuk-tuk guide to see some of the local sights. We rarely do this but the sights we were interested in were pretty far away and in opposite directions. And it was so very hot - way too hot to bike that distance. (And also? We were being lazy... Let's face it, that's the real reason.)

That day we saw a few wats and got in some good views... 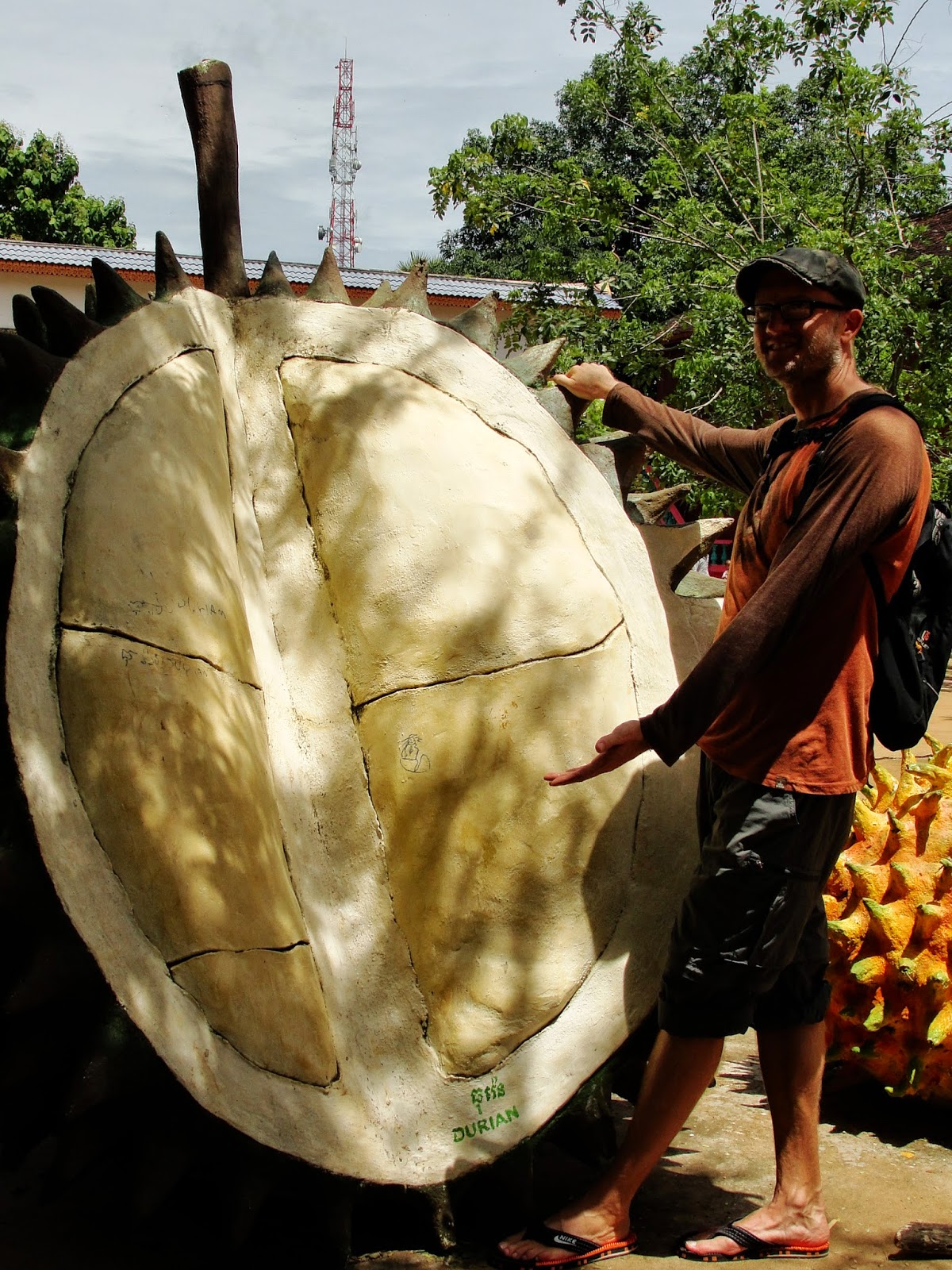 giant durian at Phnom Hanchey
(we don't know why) 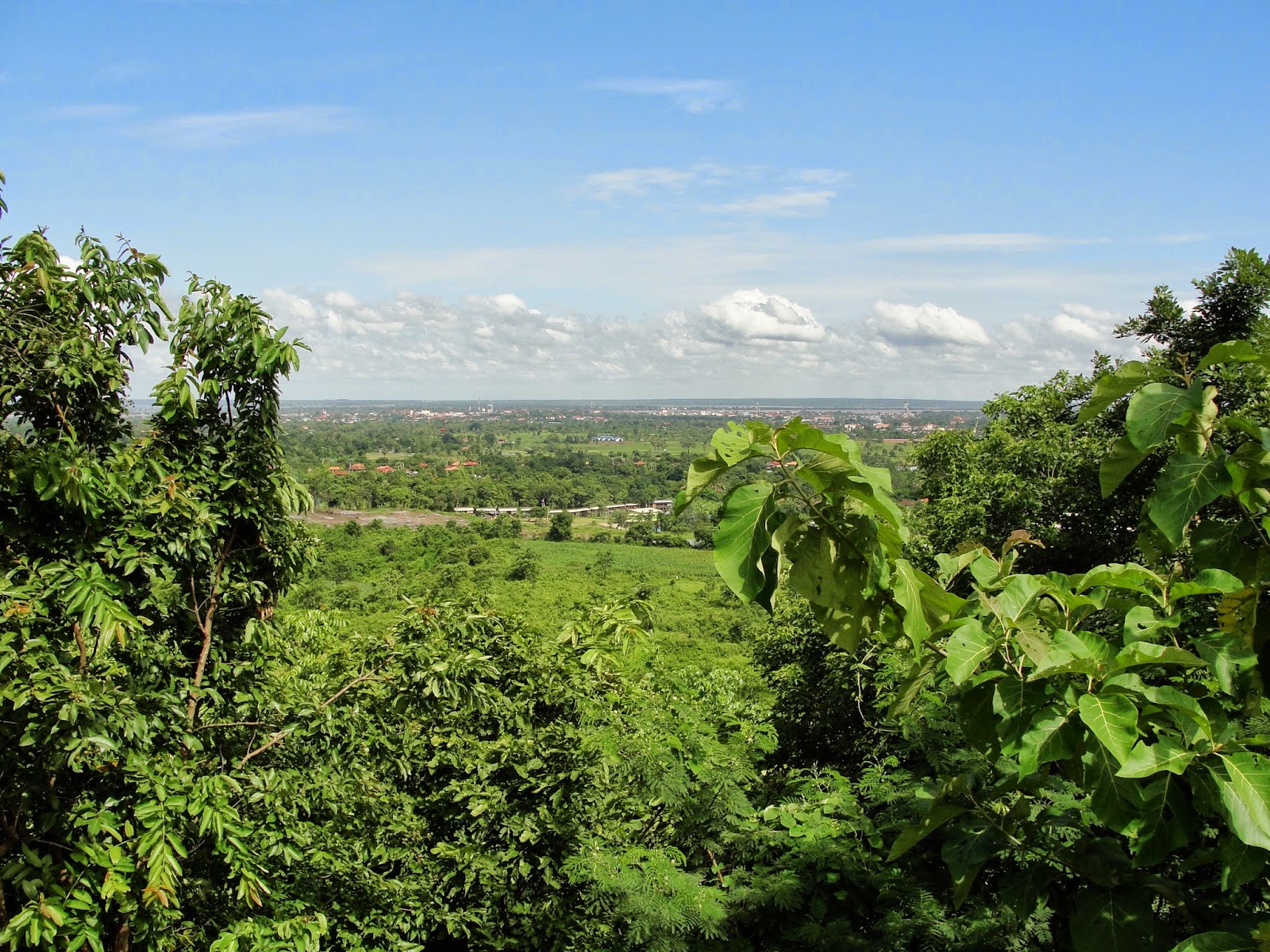 from the top of Phnom Hanchey

ruins at Wat Nokor
(older than the Temples of Angkor)

On the way to Phnom Hanchey we drove through dusty villages flooded by the river. Houses on stilts, cows lined along the streets, shucked corn drying in the sun, motorbikes zipping around us... And of course kids waving and screaming "HELLO!" as we drove by. That never gets old! 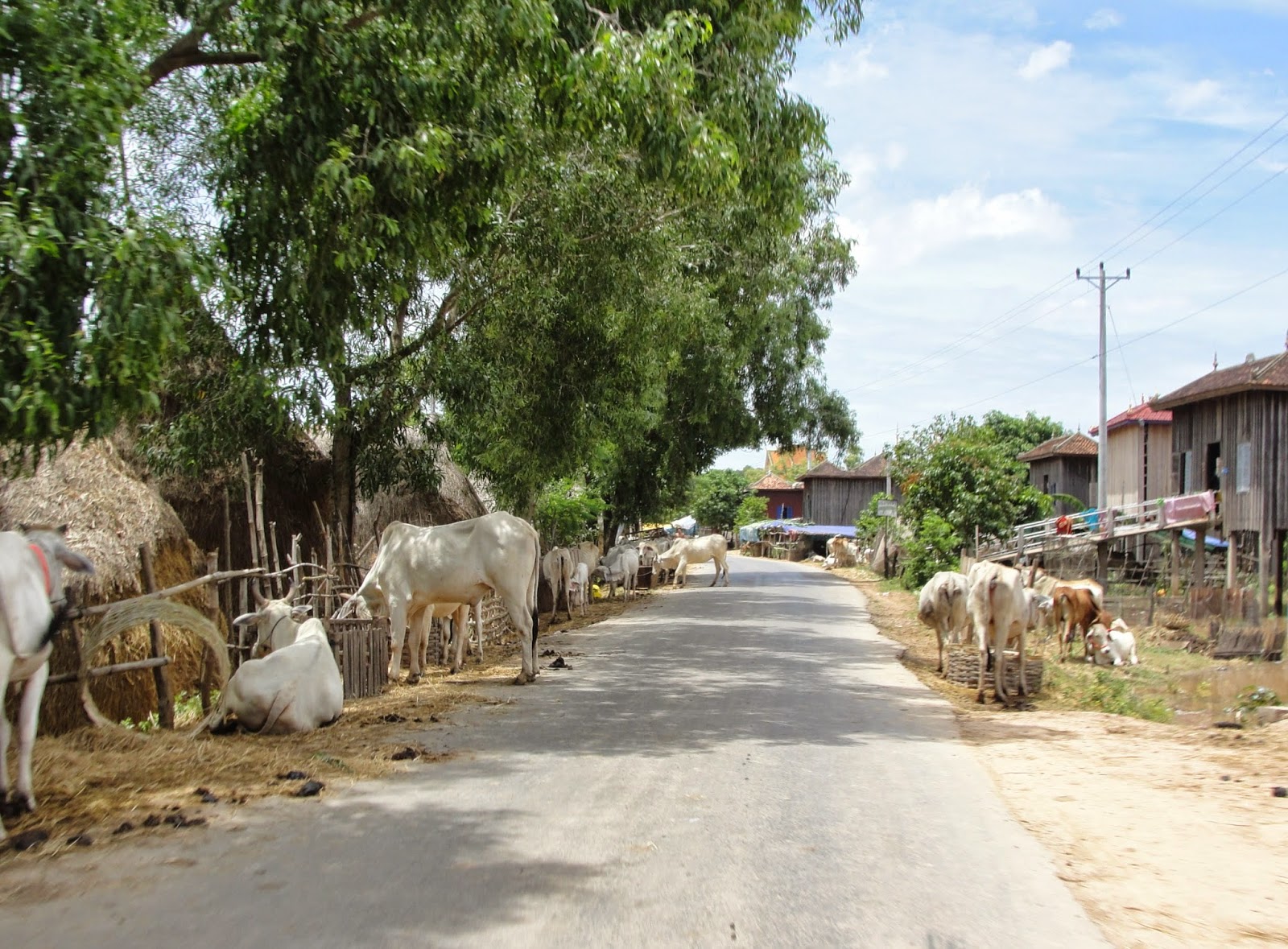 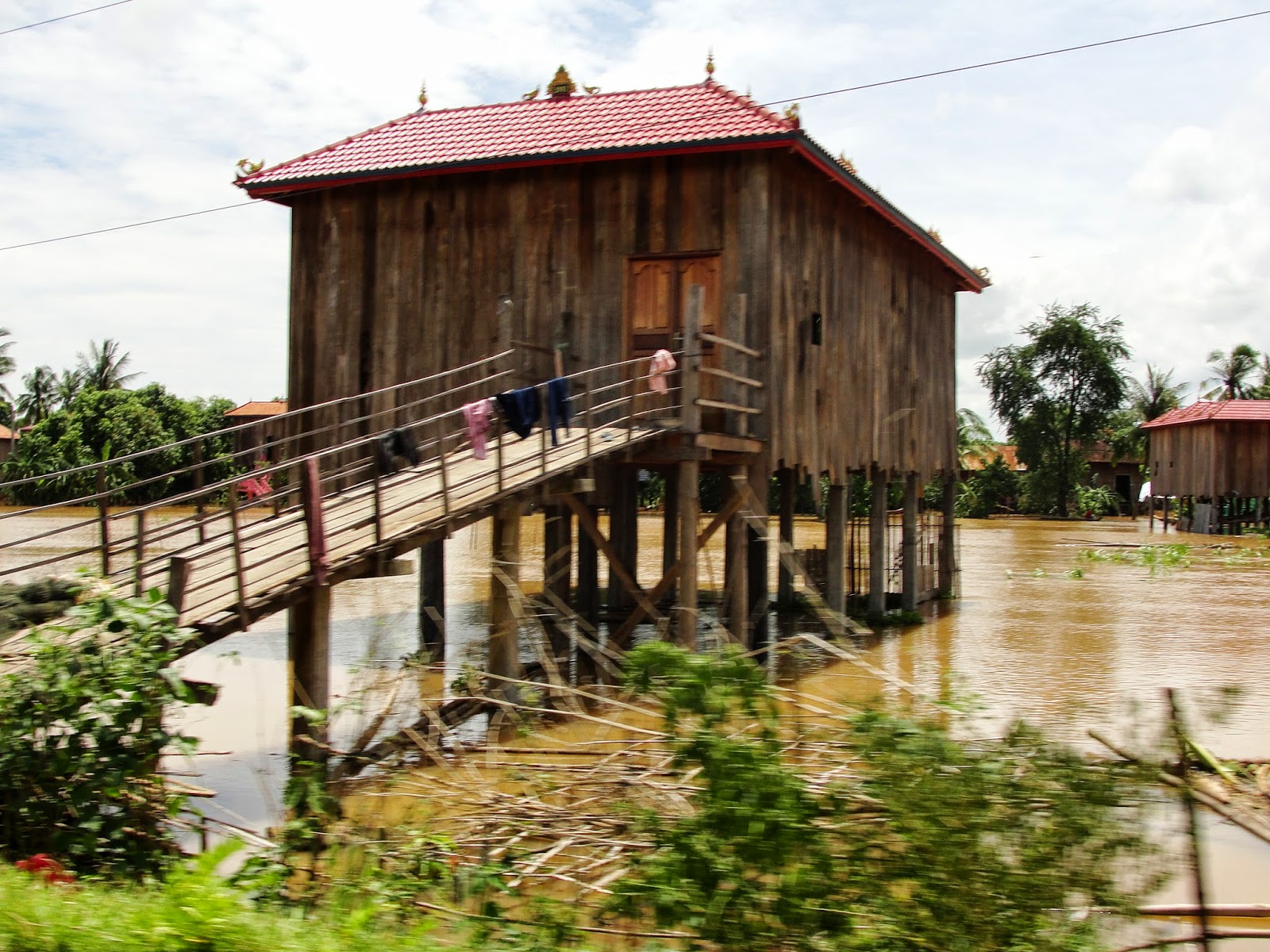 Our tuk-tuk driver and tour guide Mr. Buth was pretty chatty, answering all of our questions and sharing his perspectives on Cambodian life. He alluded to the Khmer Rouge era regularly during his tour guide spiel, but it wasn't until we stopped at one of the town's mass gravesites that he shared his personal story of enduring Pol Pot's regime. We had just seen a wat used as a prison and lion statues used for knife-sharpening prior to beheading prisoners. We were standing in a monument beside a pile of human skulls and Pol Pot's last two cronies were being sentenced at their tribunal as Mr. Buth told his story. Phnom Penh's Killing Fields and Genocide Museum were yet to come - but these few minutes in Kampong Cham were certainly one of the more sobering moments of our travels.

On a more future-related note, we've re-entered "hello, can I practice my English?" world. One evening we spent a few minutes chatting with these guys by the river. 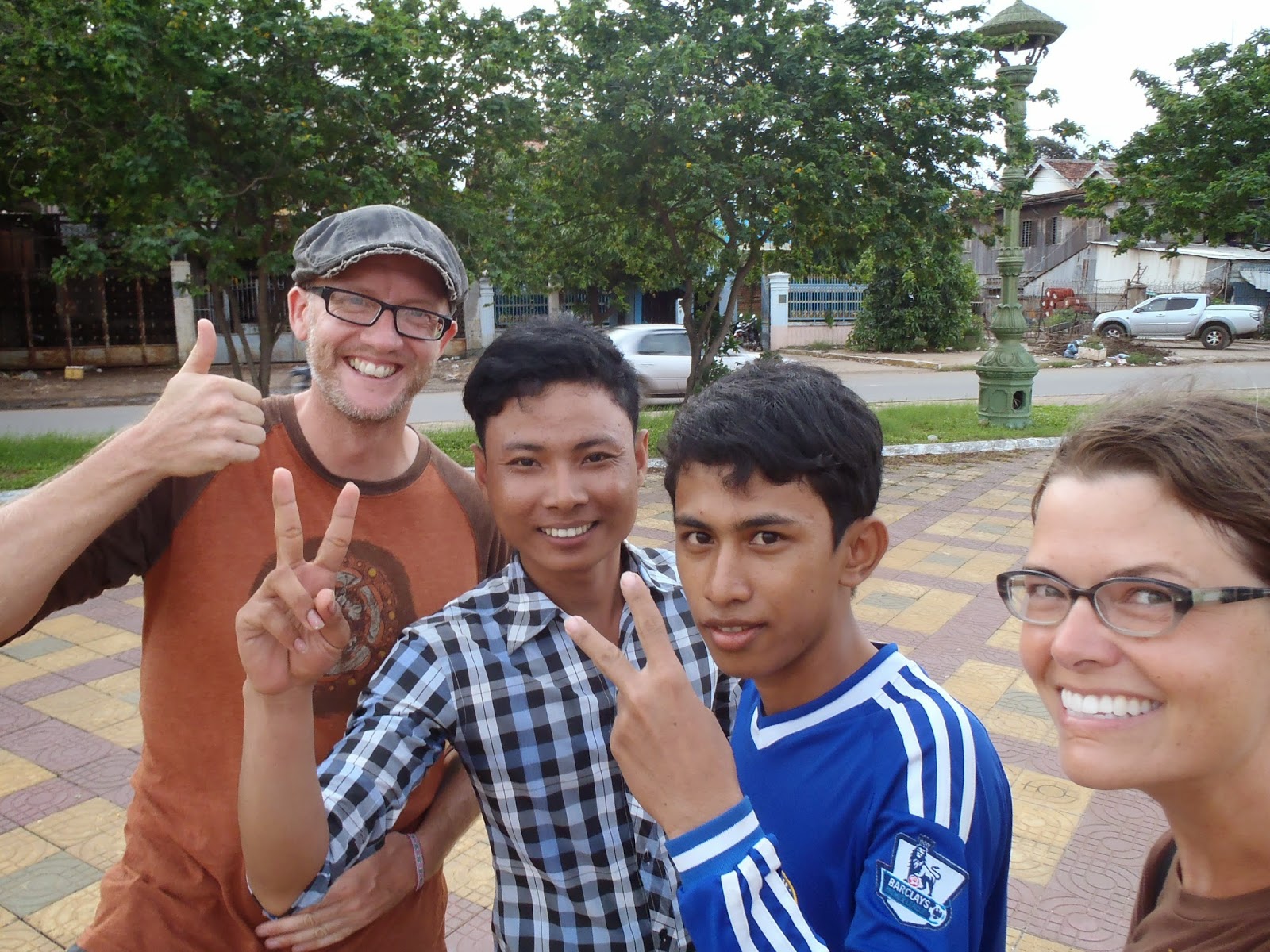 good energy - they will go far

Like Northern Vietnam, French is also commonly spoken here by the older folks. I spent a fairly tortuous but entertaining 5 minutes with an older gentleman at Phnom Hanchey who didn't seem to mind that I kept saying (in French) that I only spoke a little French. This man is now under the impression that "my husband" Patrick works in a "bank" and we were there "on holiday"... Because those are the only French words I could remember.

After a few days we realized there was a lot more going on in this town, such as... 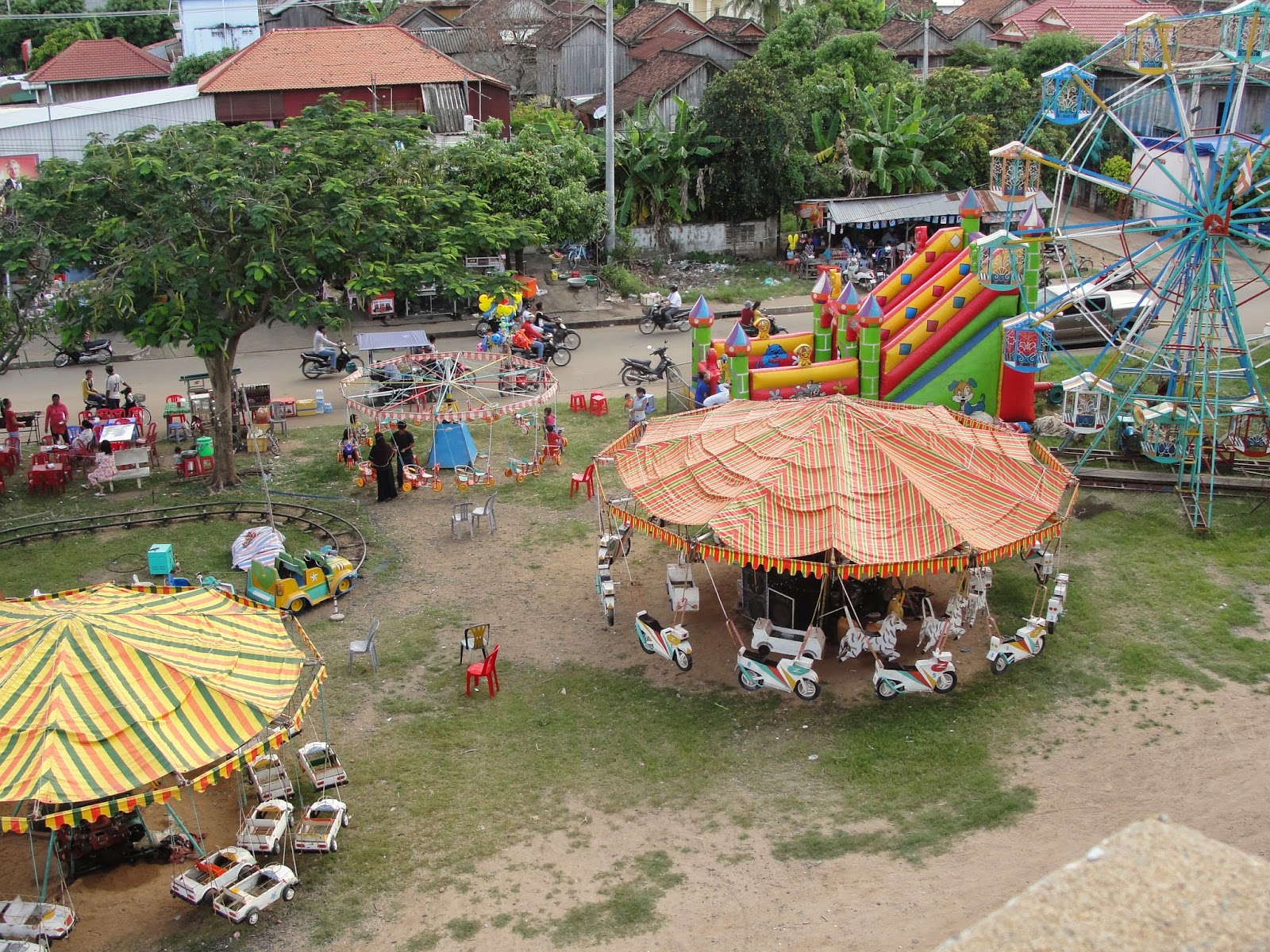 ... the small carnival by the riverfront
(we bought popcorn here) ... 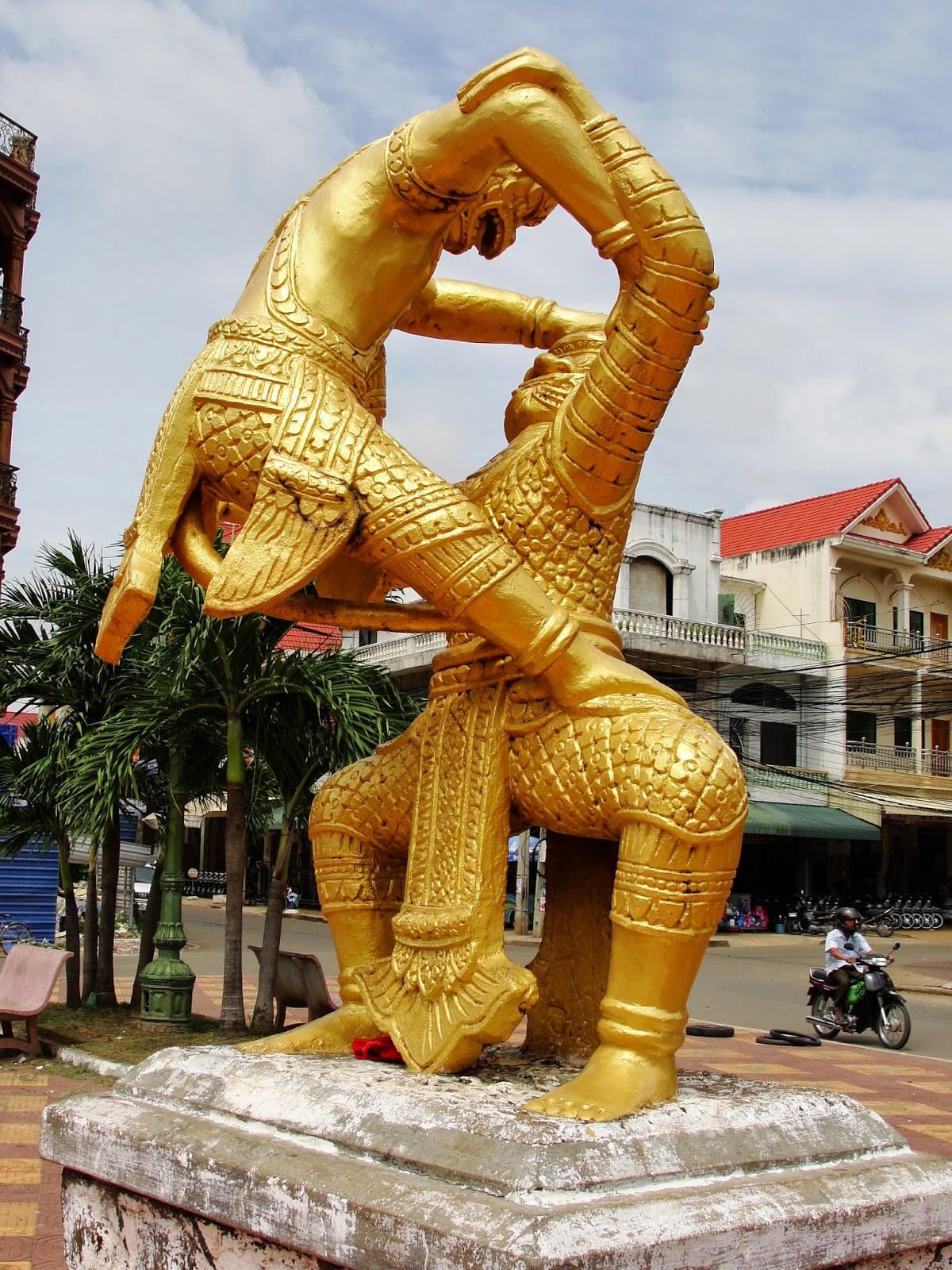 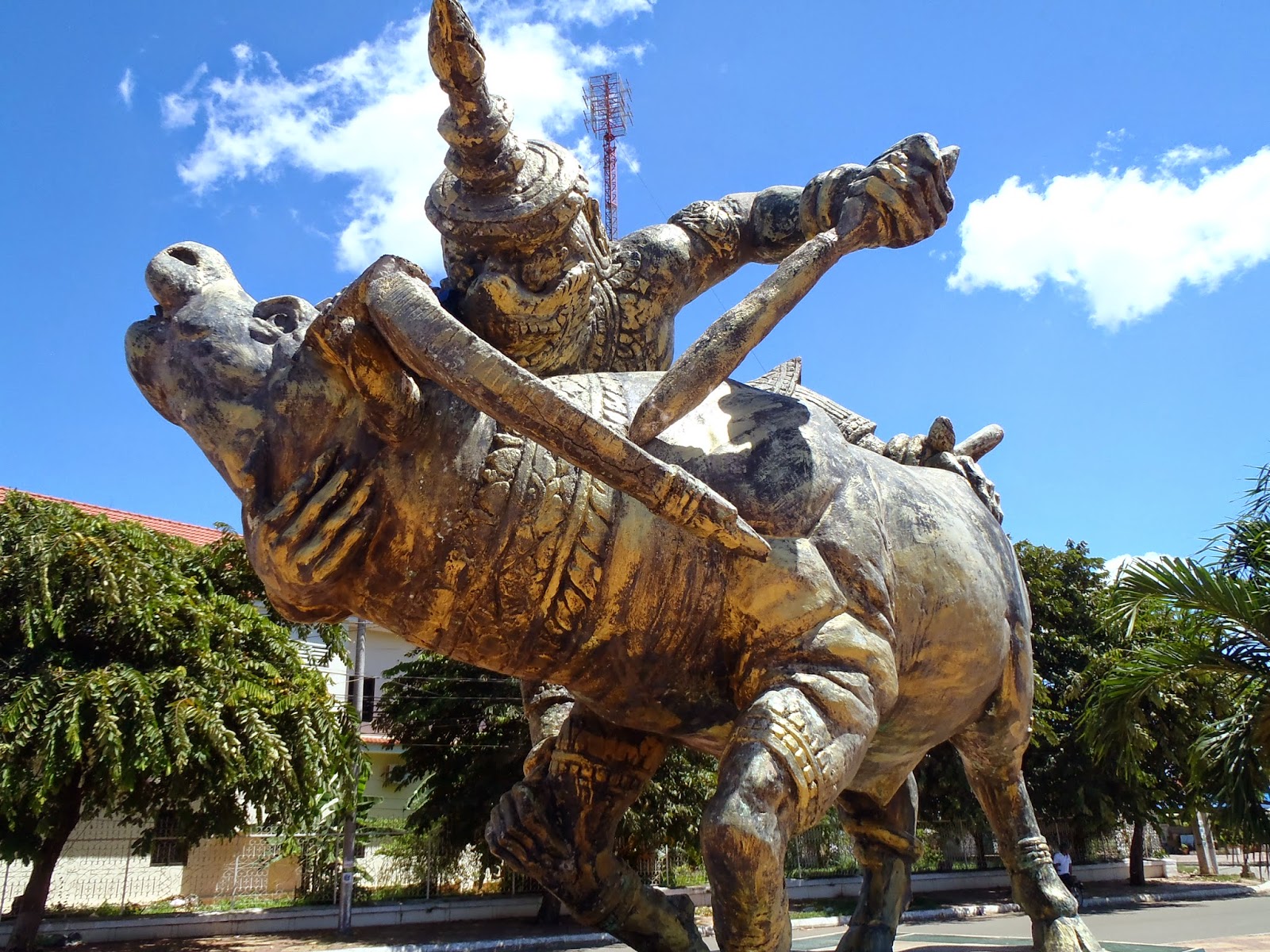 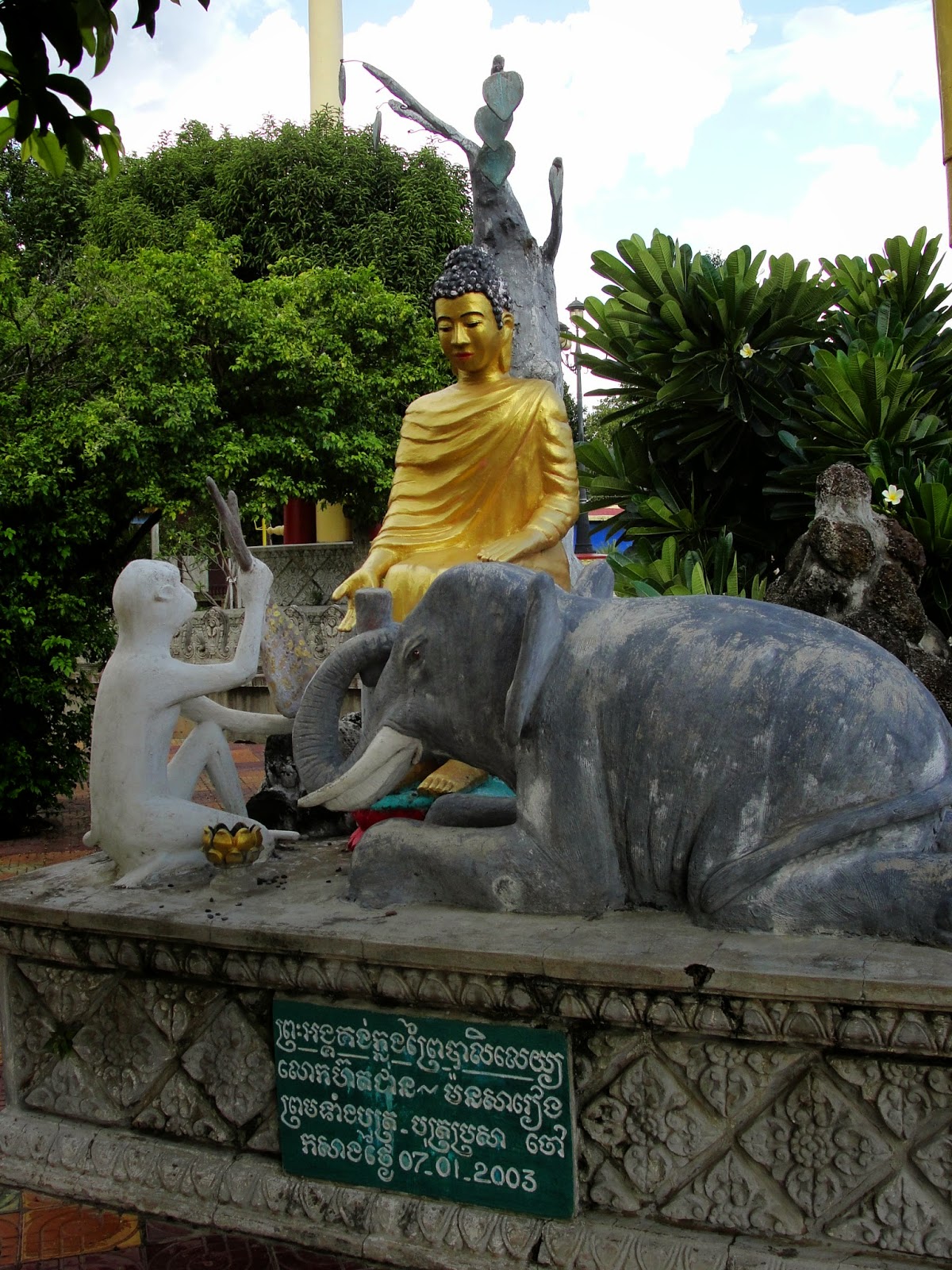 ... and the whimsical wats
(we will never use that word again -
but it just fits here) 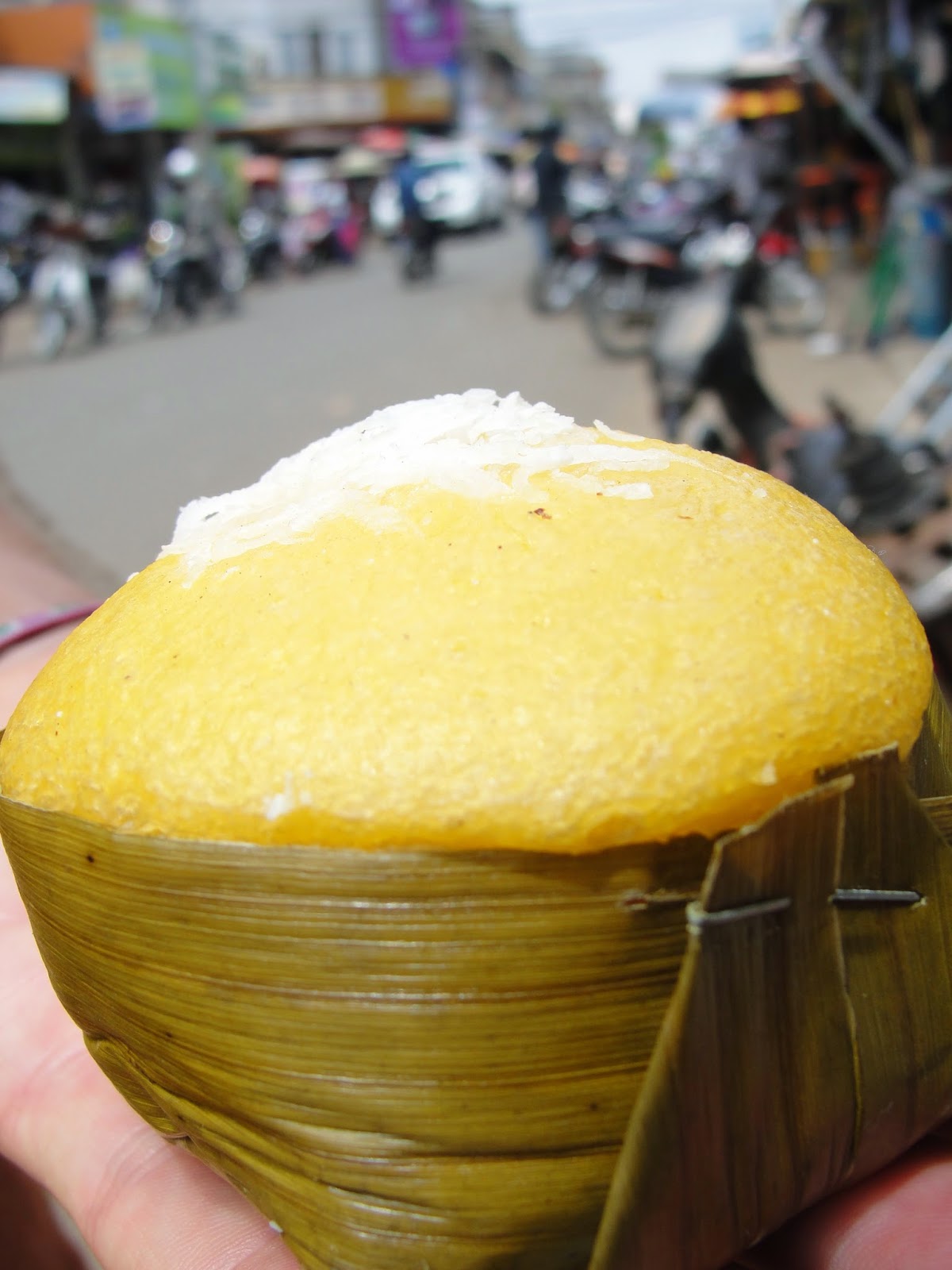 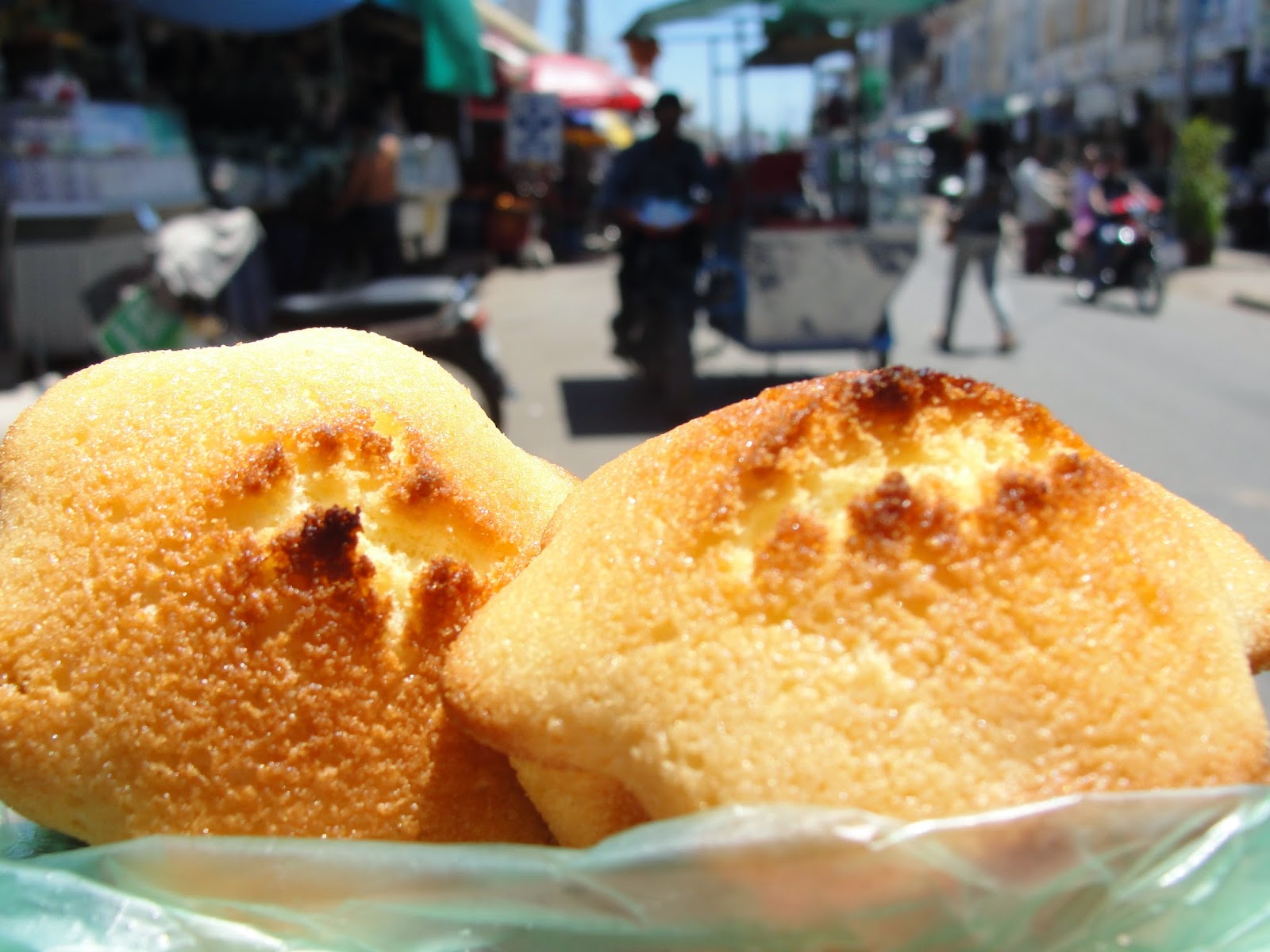 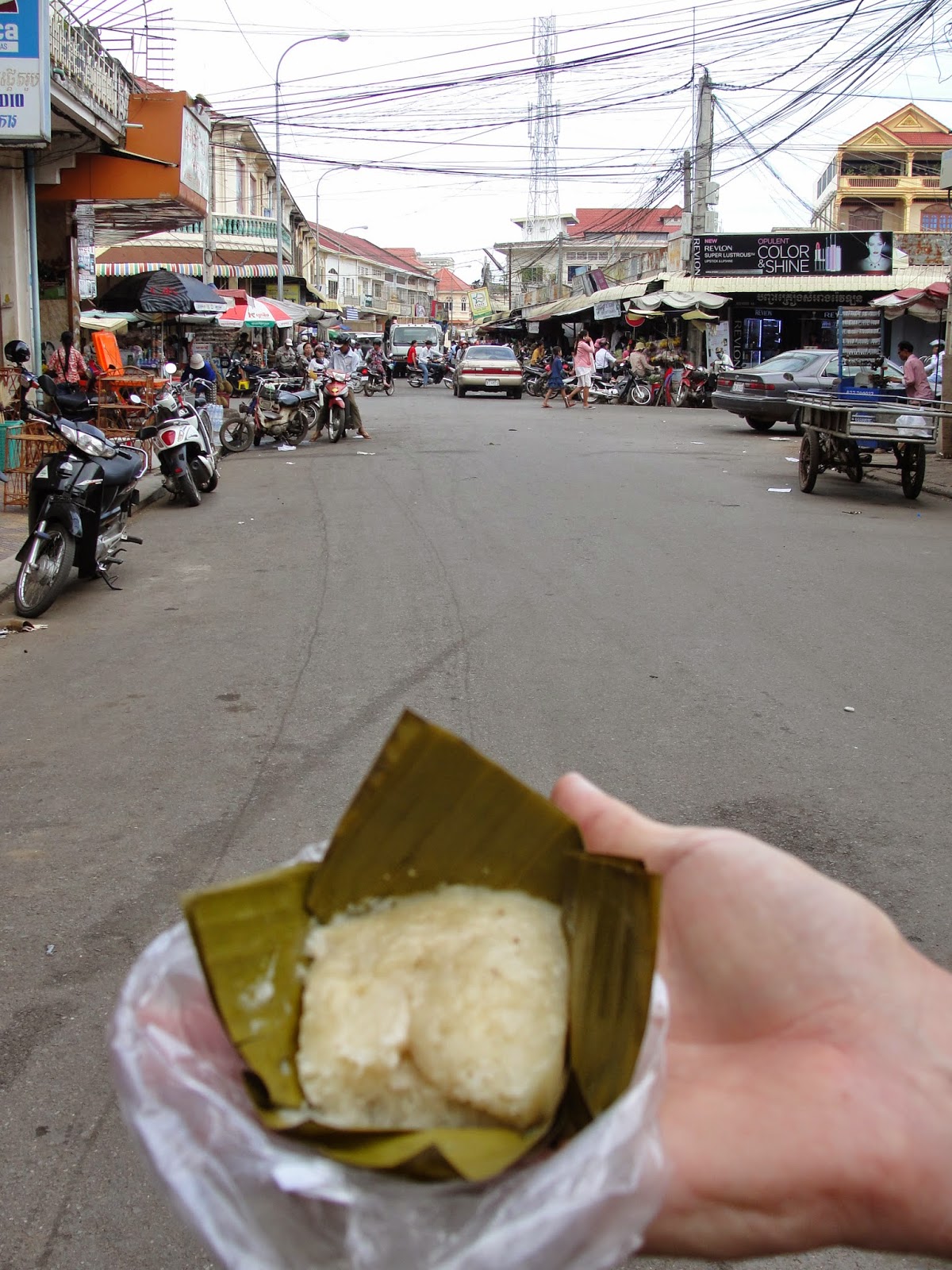 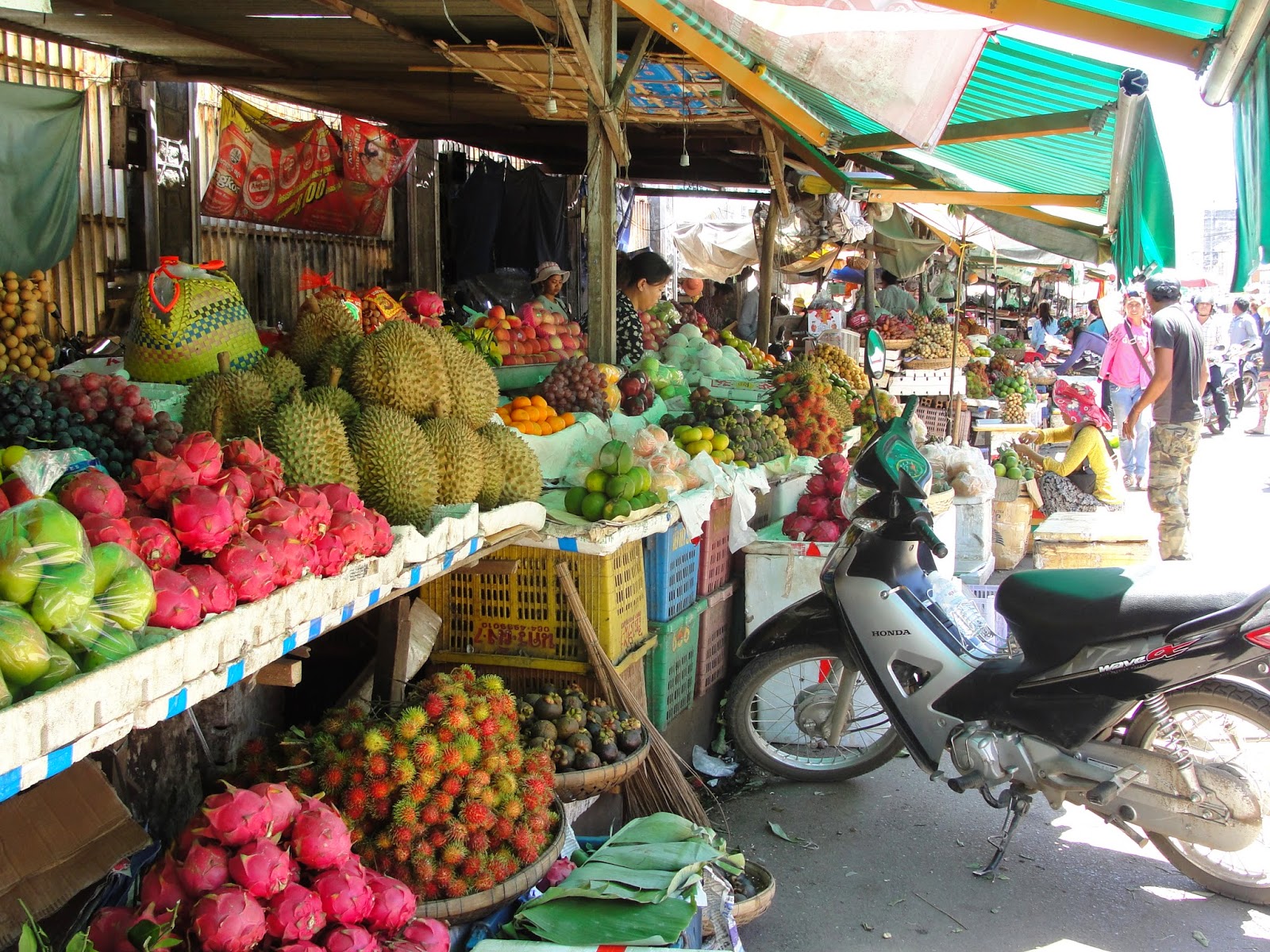 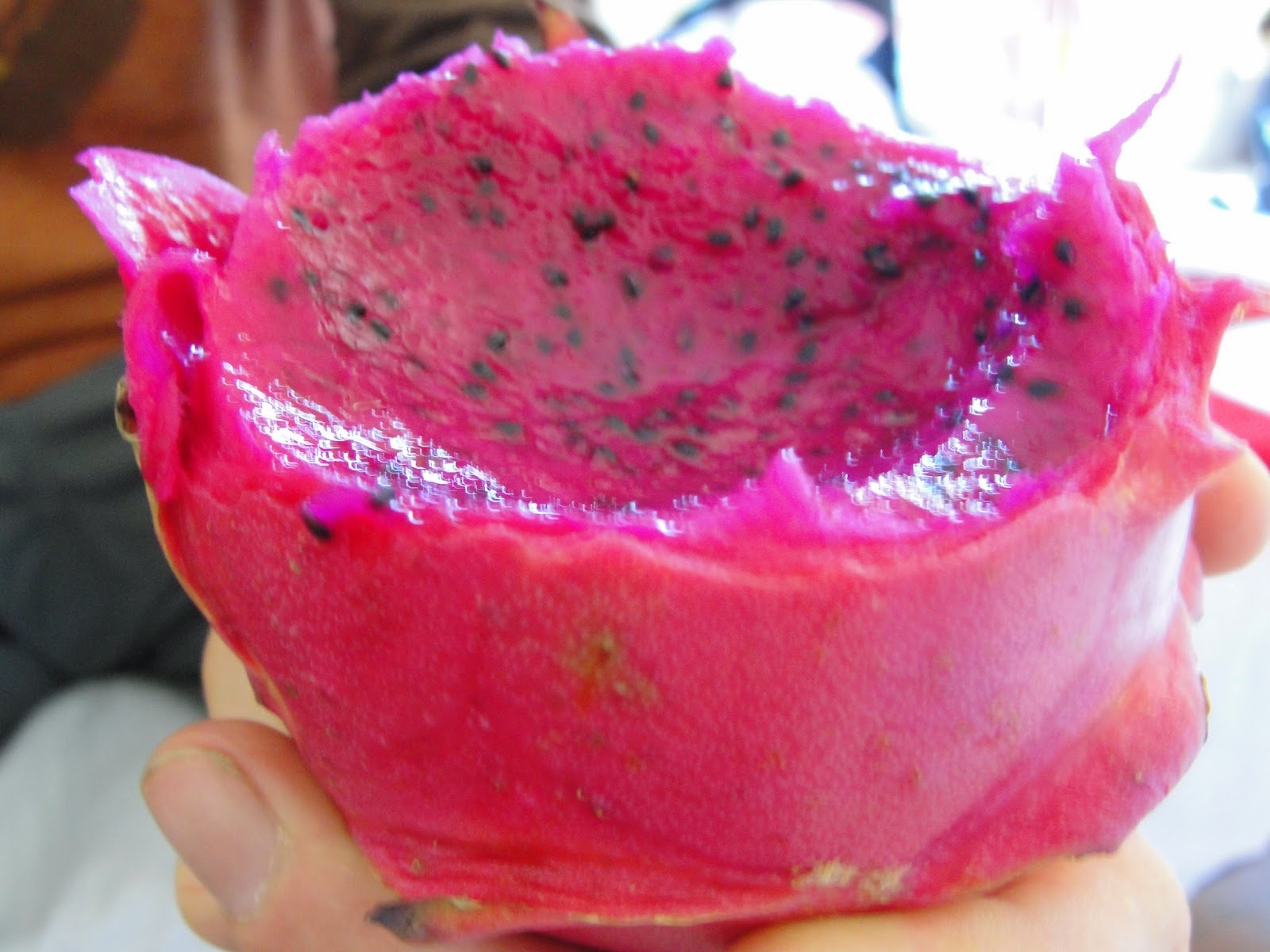 ... like this purple dragonfruit
(low on flavor, high in vitamin C) 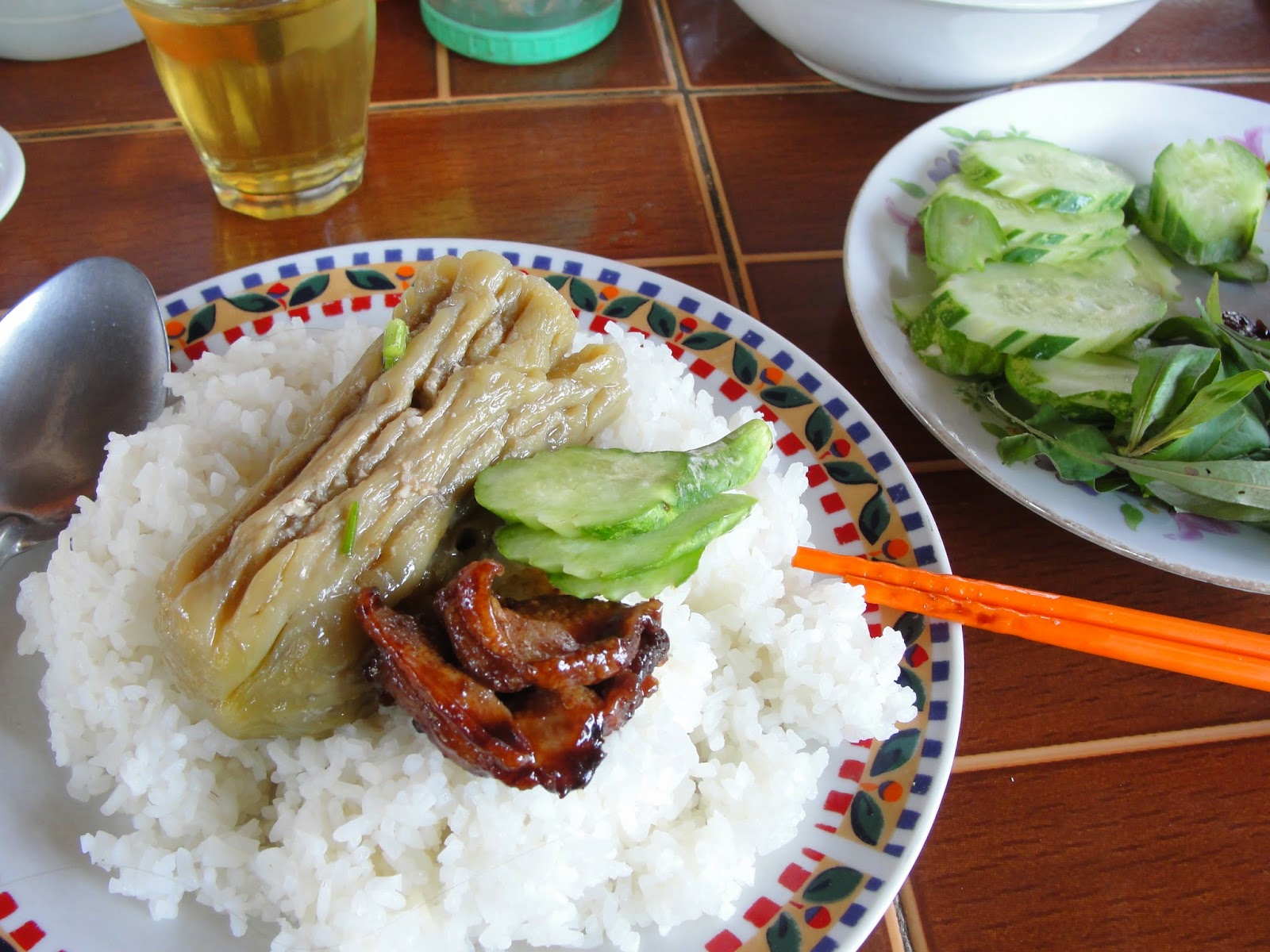 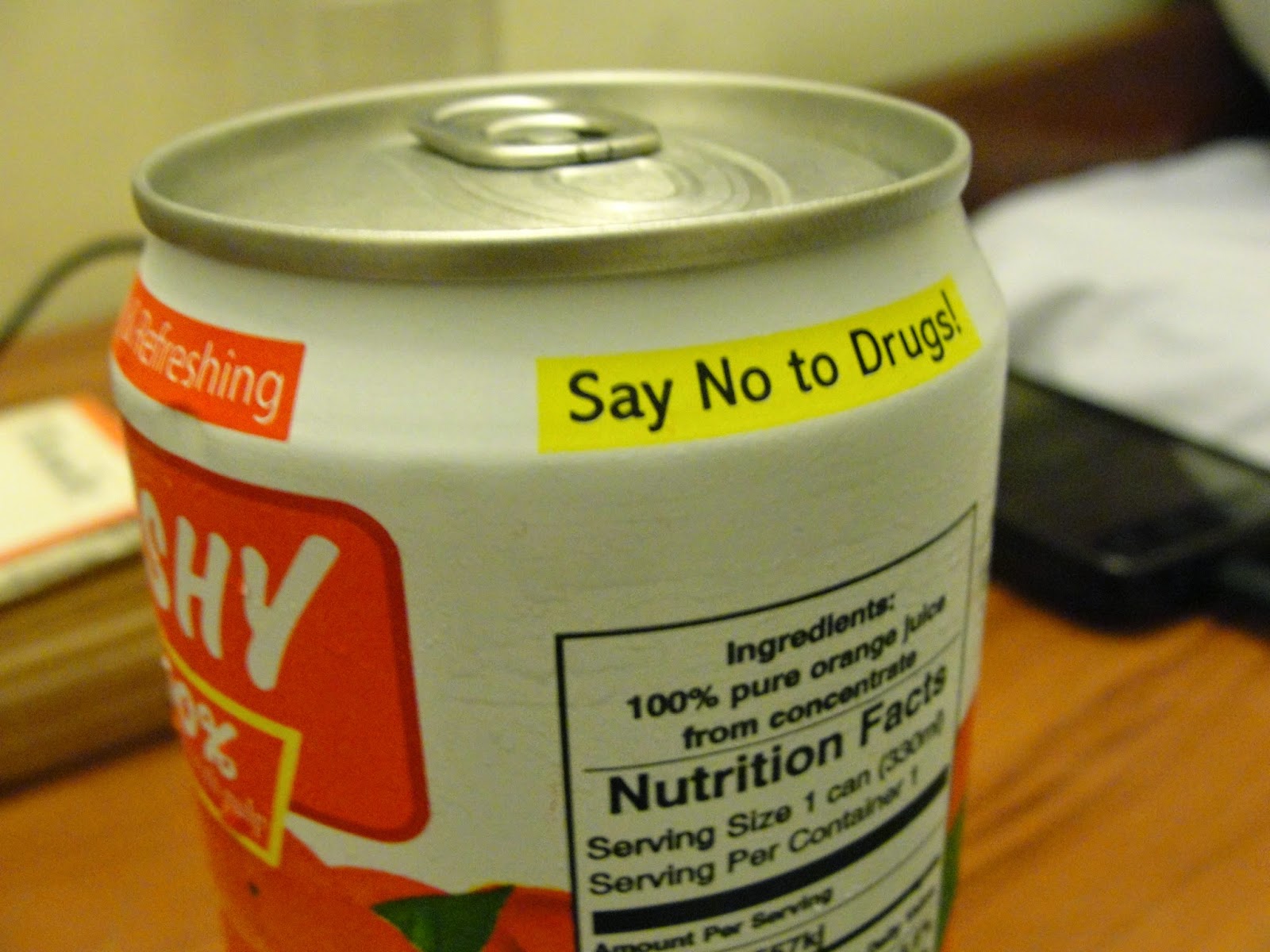 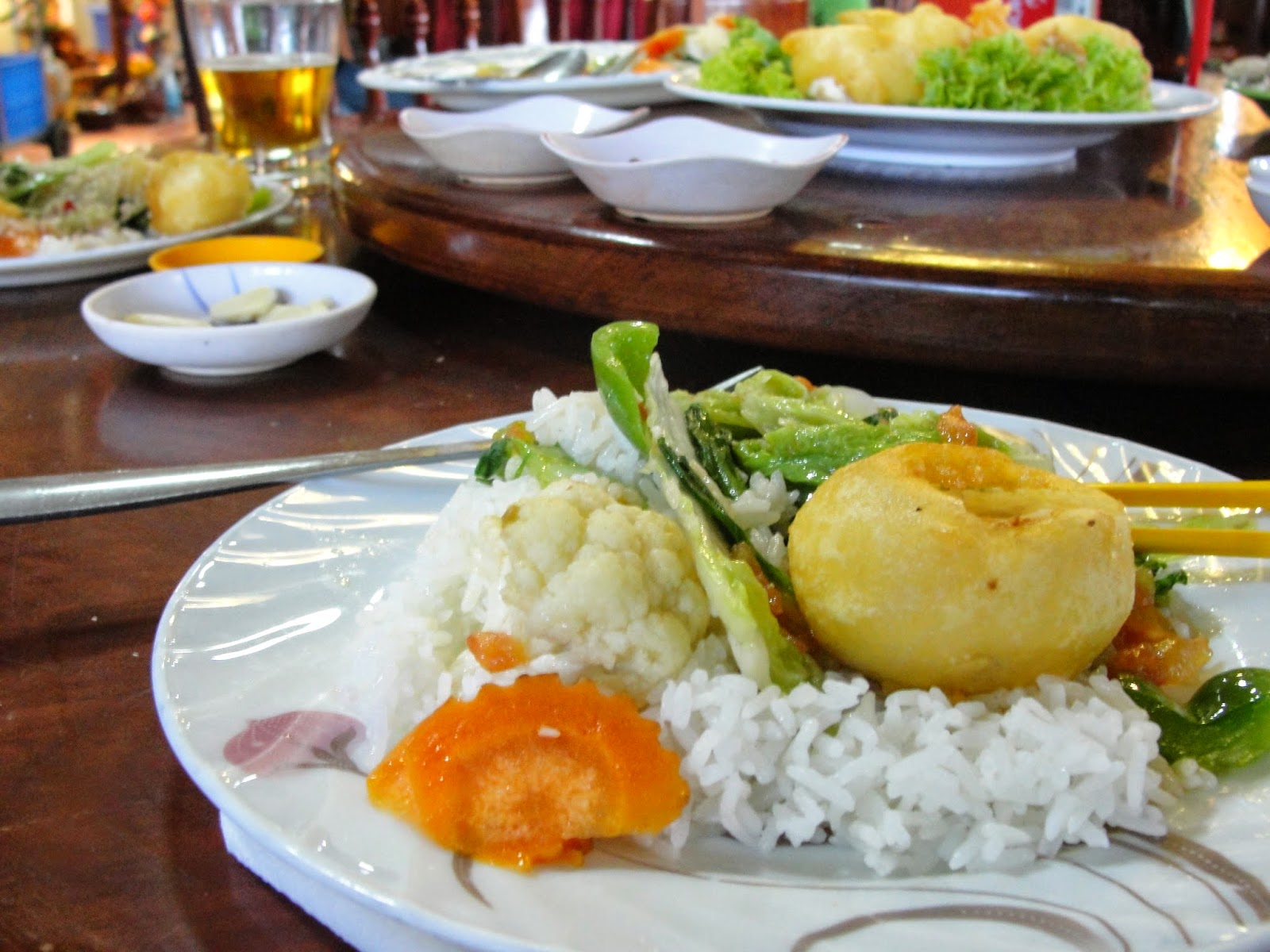 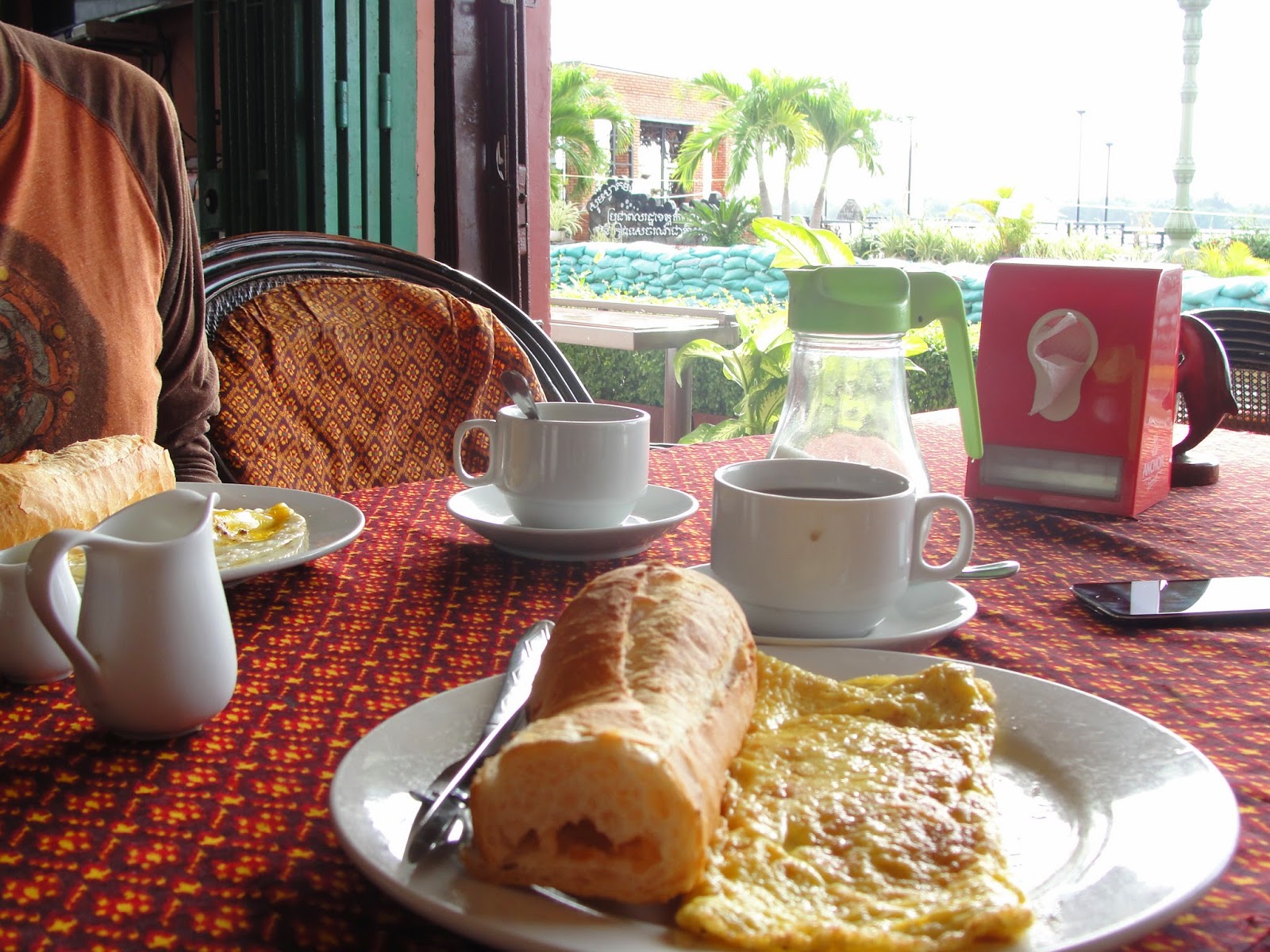 
Lodging notes: we booked one night at the Mekong Hotel just to have a landing place when we got to town, and we ended up staying for three more. It was right on the river, the room was enormous, the shower had hot water, and the front desk lady was really friendly. Sold. 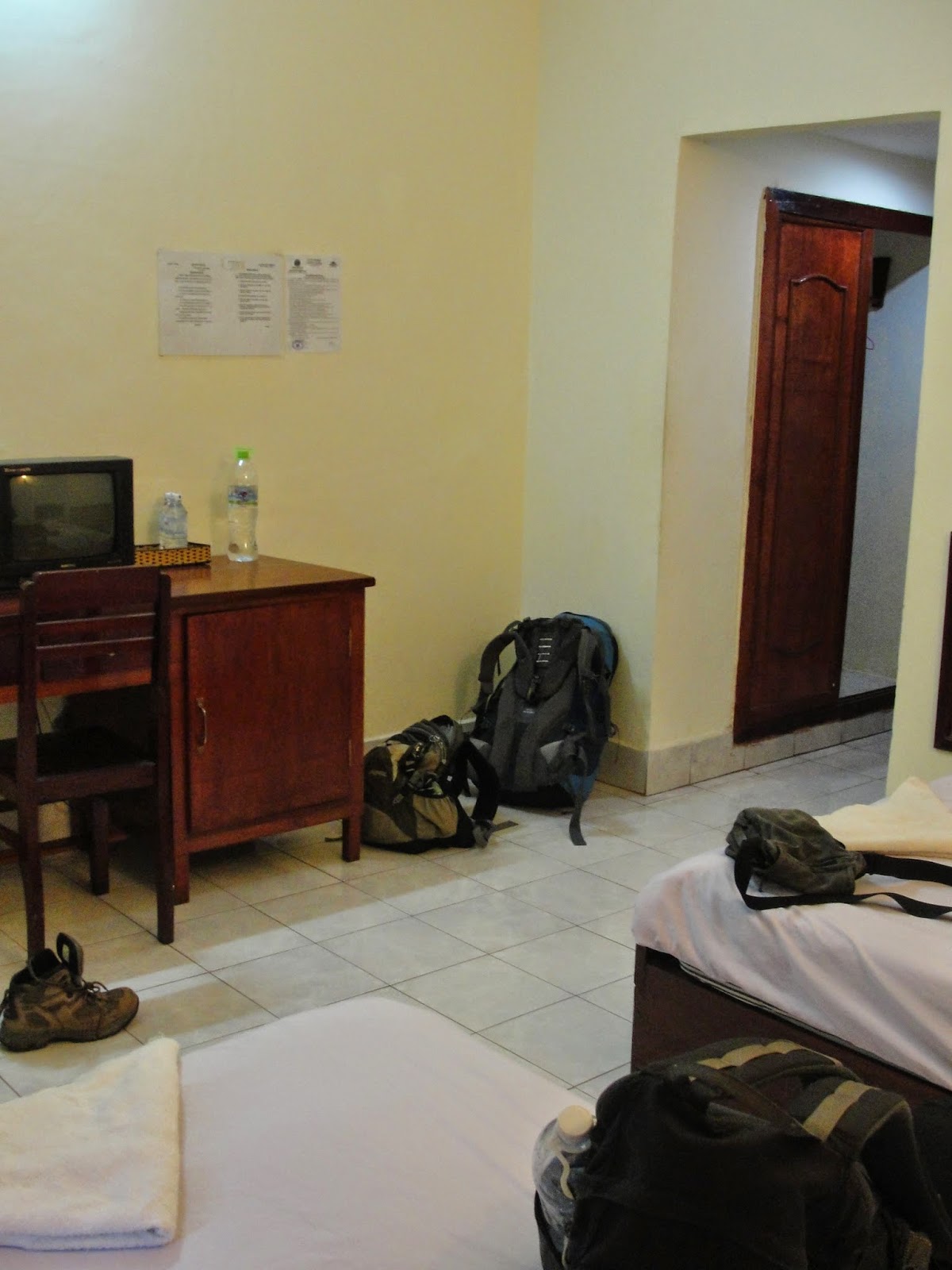 the TV was tiny but we had free HBO 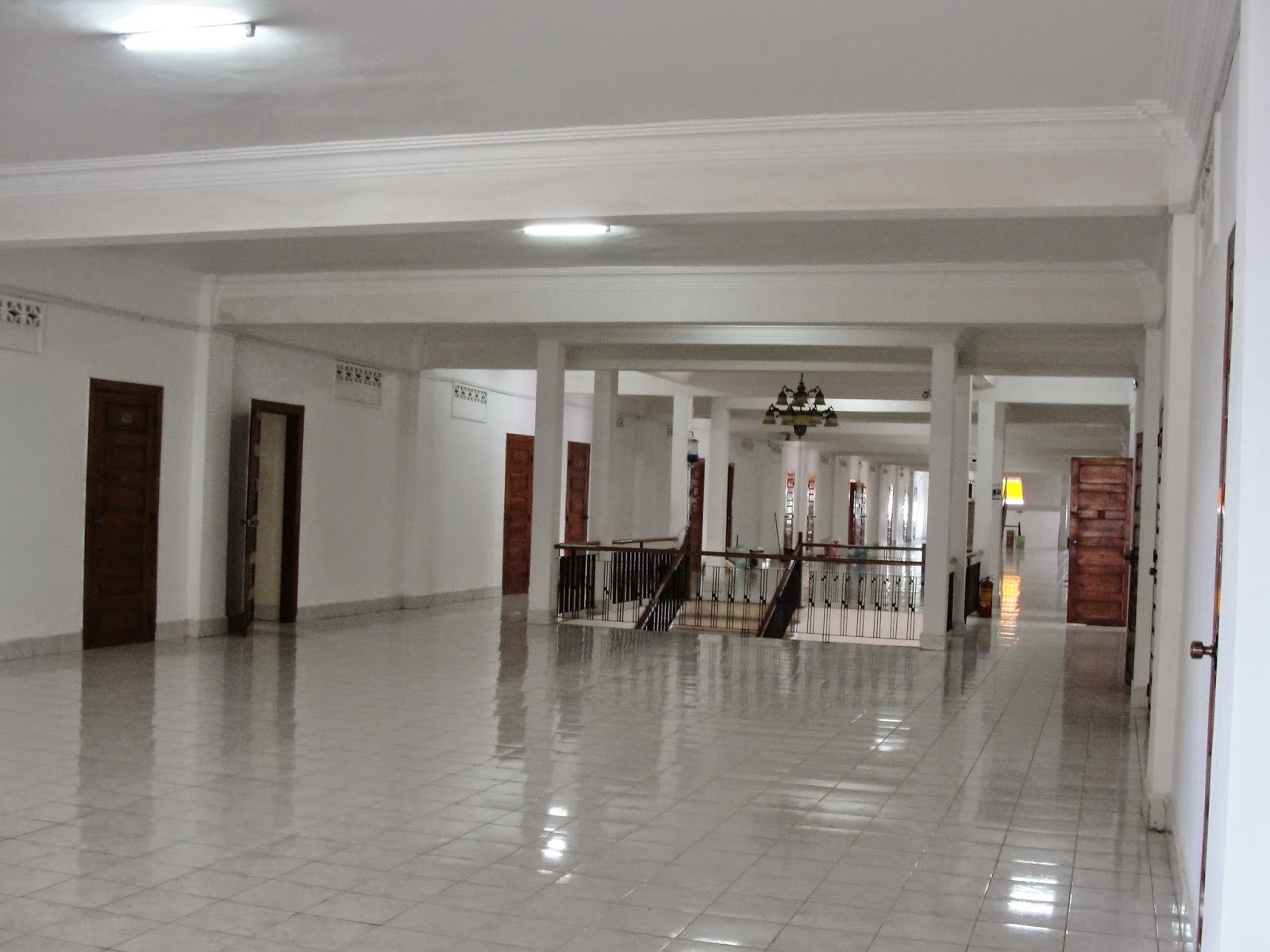 the Shining-esque hallways were ginormous

We were visited by a tiny gecko, a praying mantis, a few small ants and one apocalypse survivor (that we knew of). The wifi stopped working at some point during our four-night stay but we didn't care - we just watched crappy movies on HBO instead. (Hooray for "Sunday"!)

Kampong Cham was the perfect stop after Siem Reap. This off-the-beaten-path town gave us a real taste of life in a smallish Cambodian city and our tour enabled us to observe real life in the village as well.

Next up: a whole different ball game in Phnom Penh. Traffic, smog, tons of people, and a purpose for a week - here we come!
Posted by Slowly Global
Email ThisBlogThis!Share to TwitterShare to FacebookShare to Pinterest
Labels: asia, cambodia