We took a Phuong Trang sleeper bus from Ho Chi Minh city to Dalat. It was weird. The seats were definitely not designed for long-legged Westerners, which we expected.  They also weren't designed for anyone who didn't want to be in a reclined position for six straight hours (maybe okay for a night bus; this one left at 10:30am). 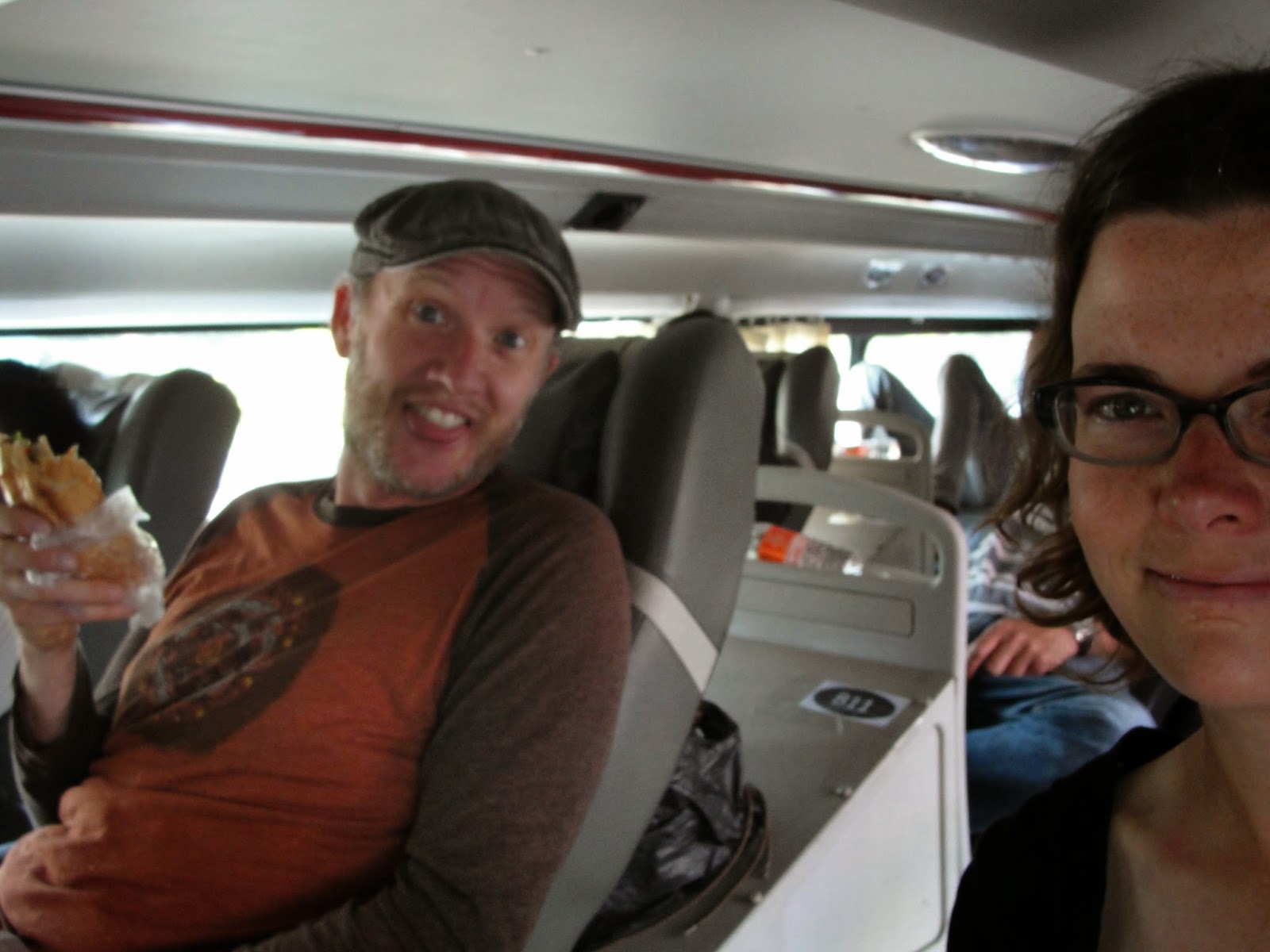 but other than those things,
it was fine for Mr Smarty Pants and me

Dalat was easy - fewer people, much smaller, lots of mountains, not as hot and humid. There's a big market where we bought some delicious dried fruits, and the main strip has a carnival-like atmosphere at night (lots of neon, food carts, retail stalls). 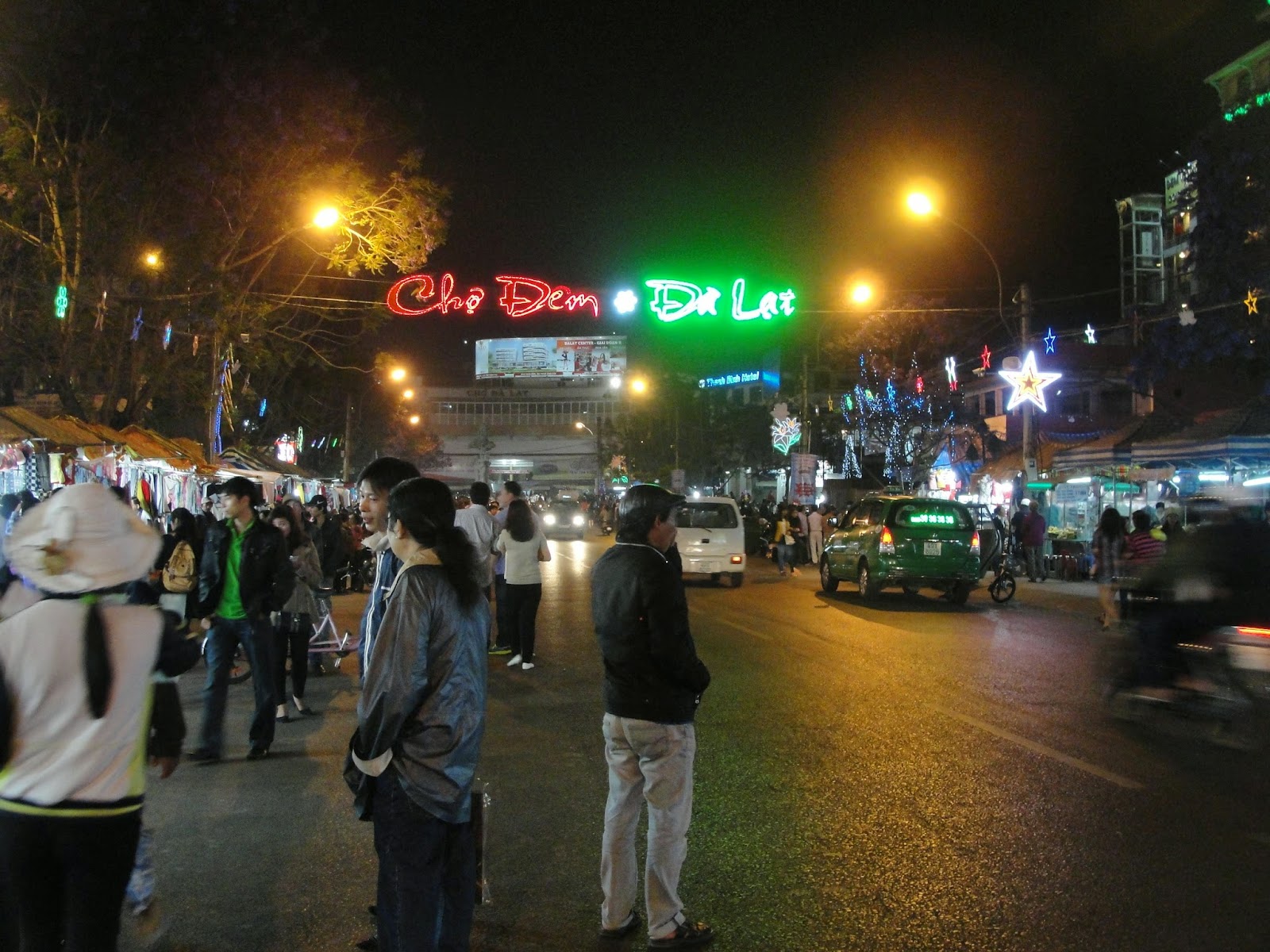 It's also heavily French-influenced with lots of greenery and pretty gardens, particularly the ones near the man-made lake near the center of town. 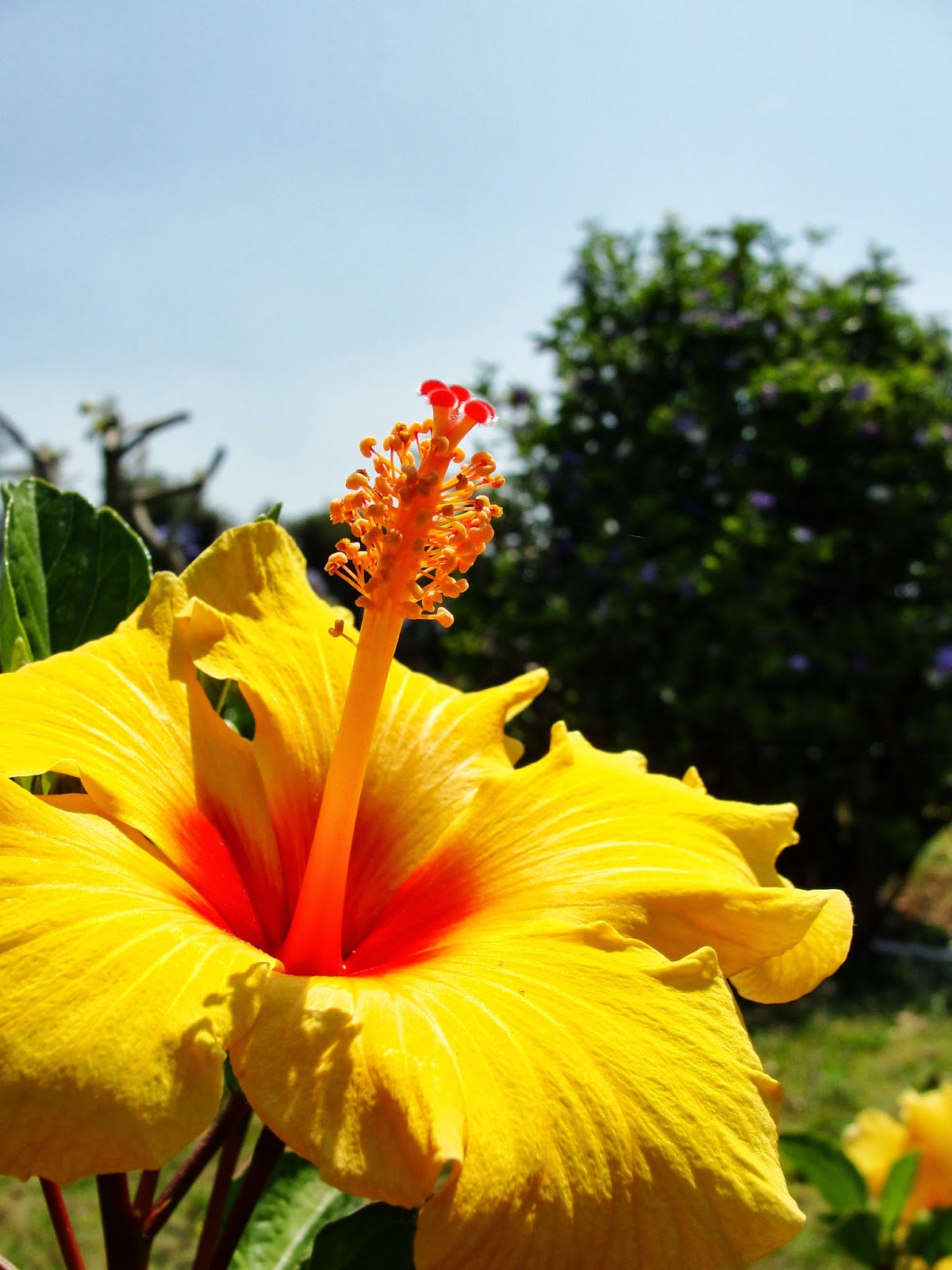 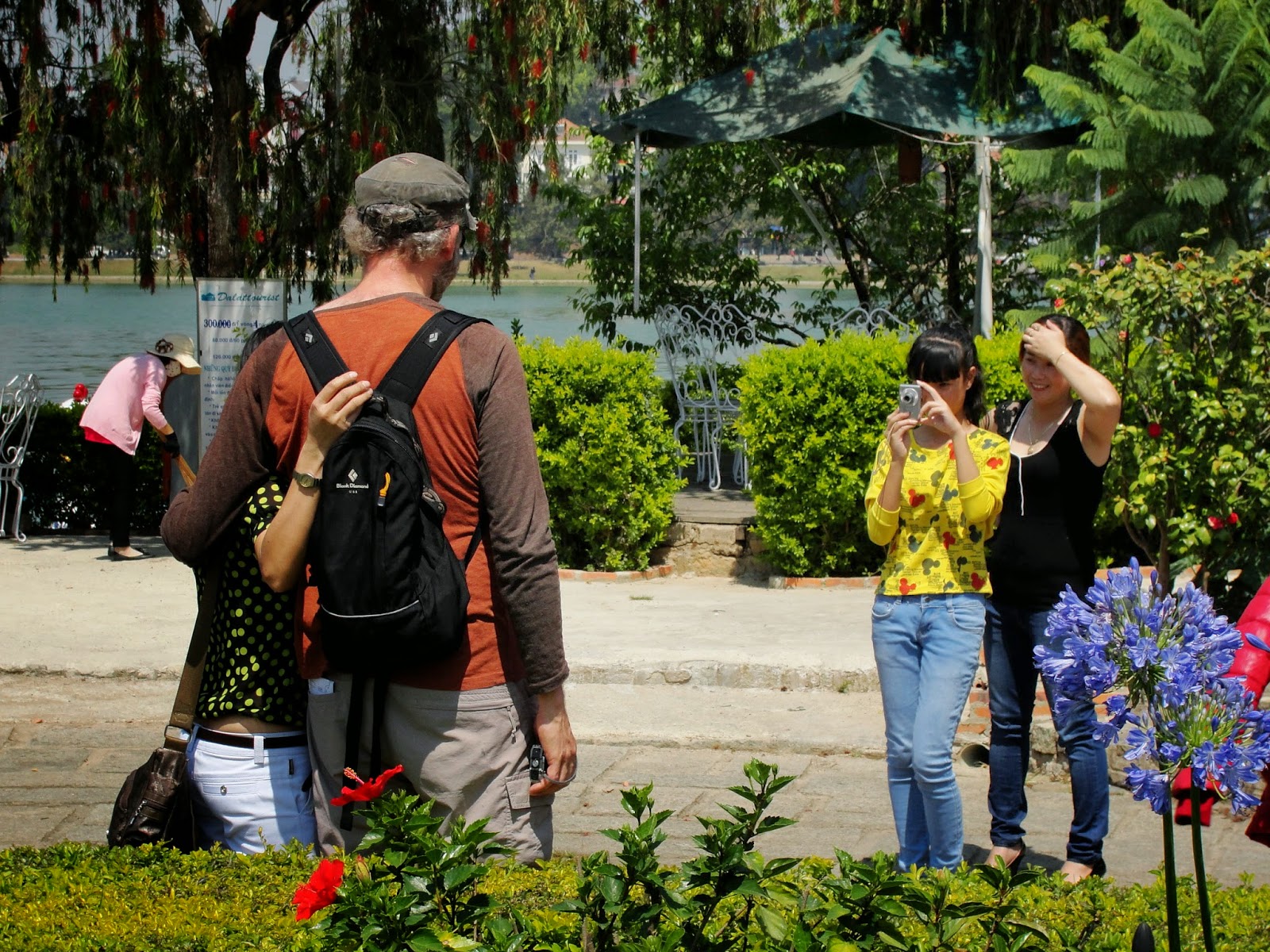 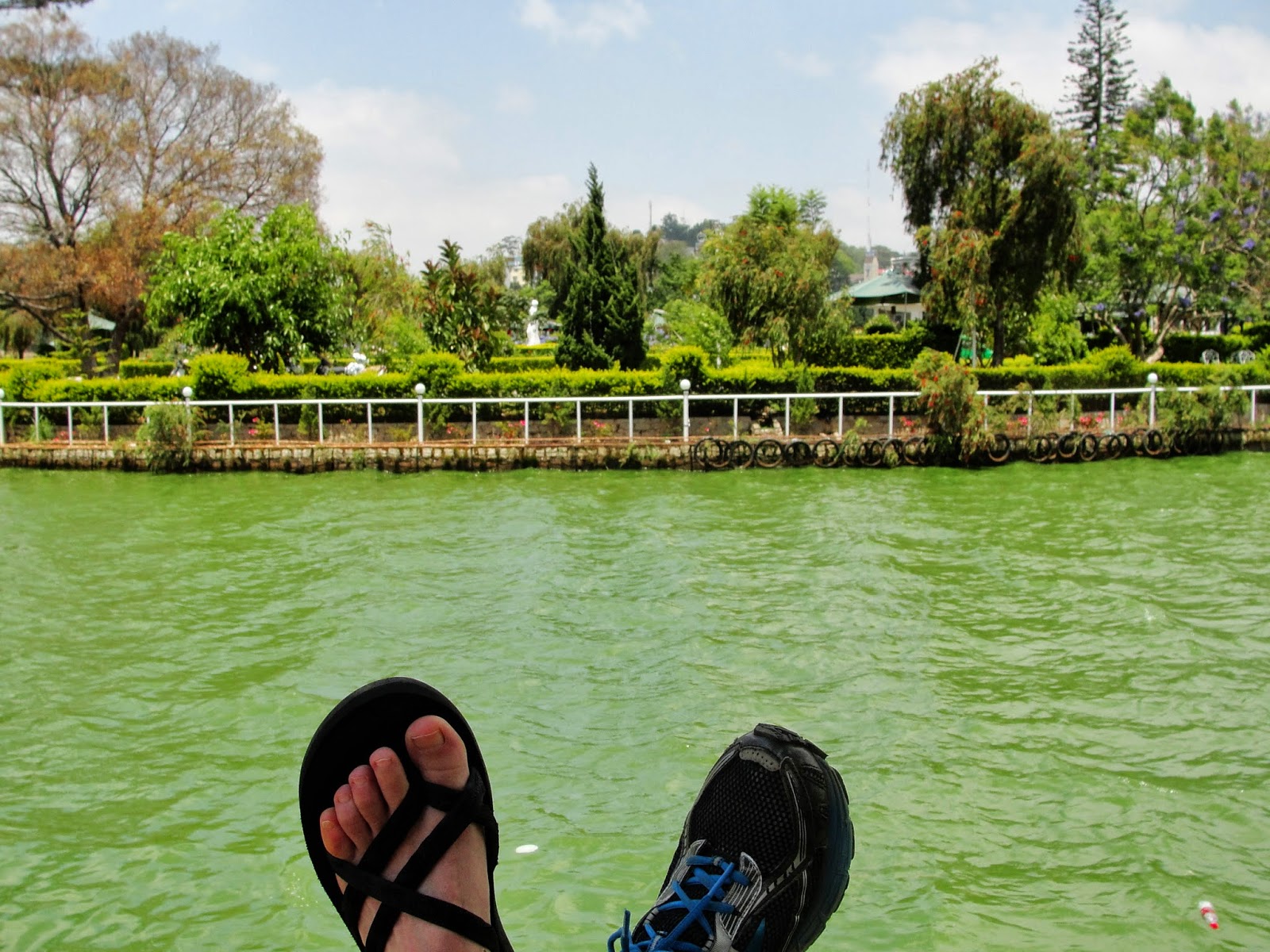 the lake actually wasn't very clean
but it was kinda pretty

Dalat is where many Vietnamese couples go on their honeymoon, so the accommodations and food are great and there are lots of scenic side trips you can take. We opted for three side trips by local bus instead of minibus tours or the popular-but-now-pricey Easy Riders (a local motorcycle club fluent in English who organize tours up and down Vietnam). Thanks to the magic of the internet and a few really helpful local folks, we had no issues doing these trips ourselves and we saved a ton of money.

First up was Datanla Falls. At first glance it's pretty ridiculous. There's a bobsled ride, a cable car, a huge restaurant, a bunch of souvenir shops, and a costumed guy (we couldn't really figure out what he was supposed to be) for all your photo op needs. 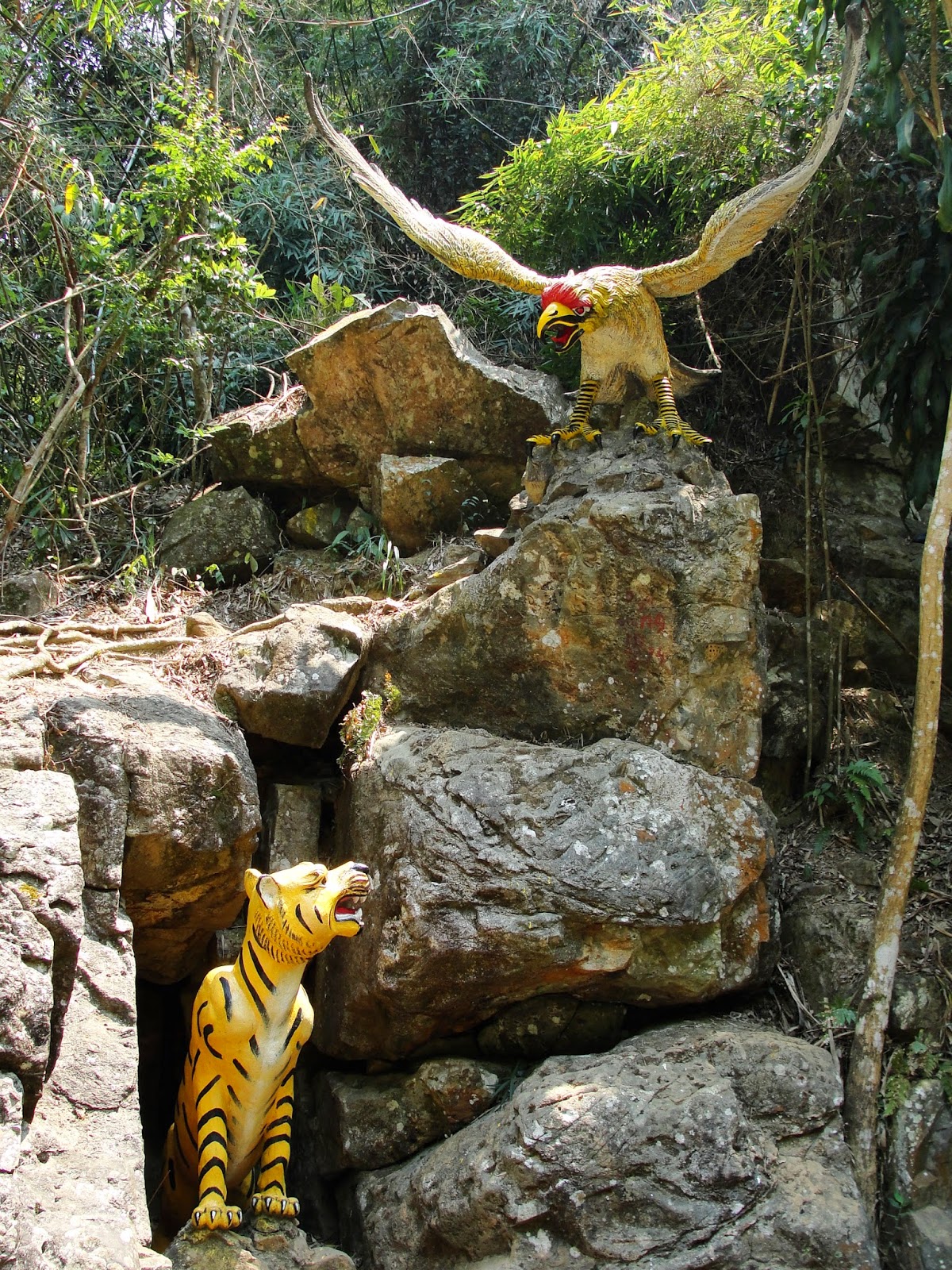 oh, and there's a giant plastic tiger
about to be eaten by an eagle

But it only cost 10,000 dong (~$0.50) each to get in, and it was just a 5km walk from town, so we checked it out. The canyon, creek and falls are quite pretty... well, what we saw of the falls, anyway. There are several ticket areas along the walk and we only paid to see the first three sets of falls. 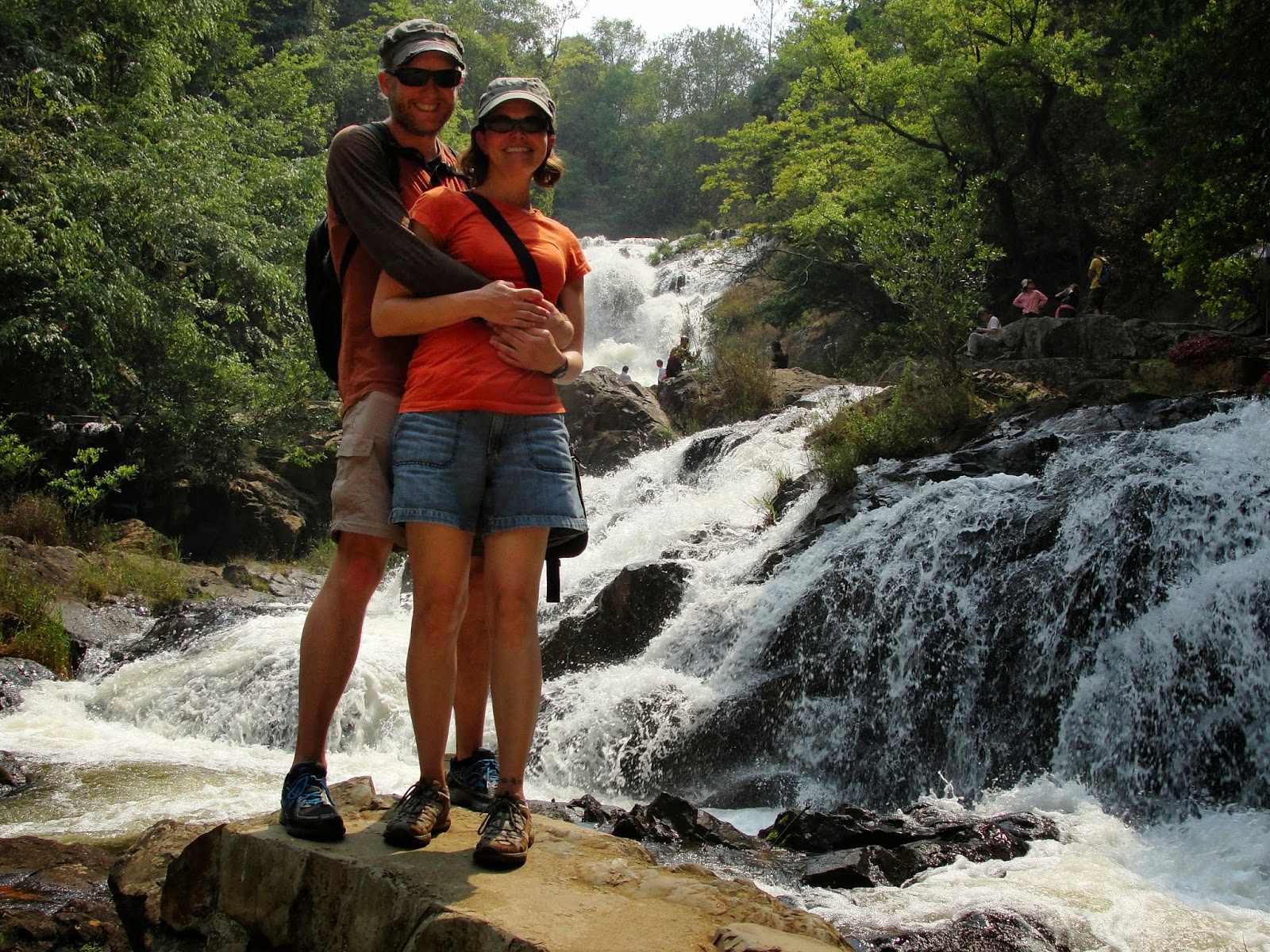 but they were all nice 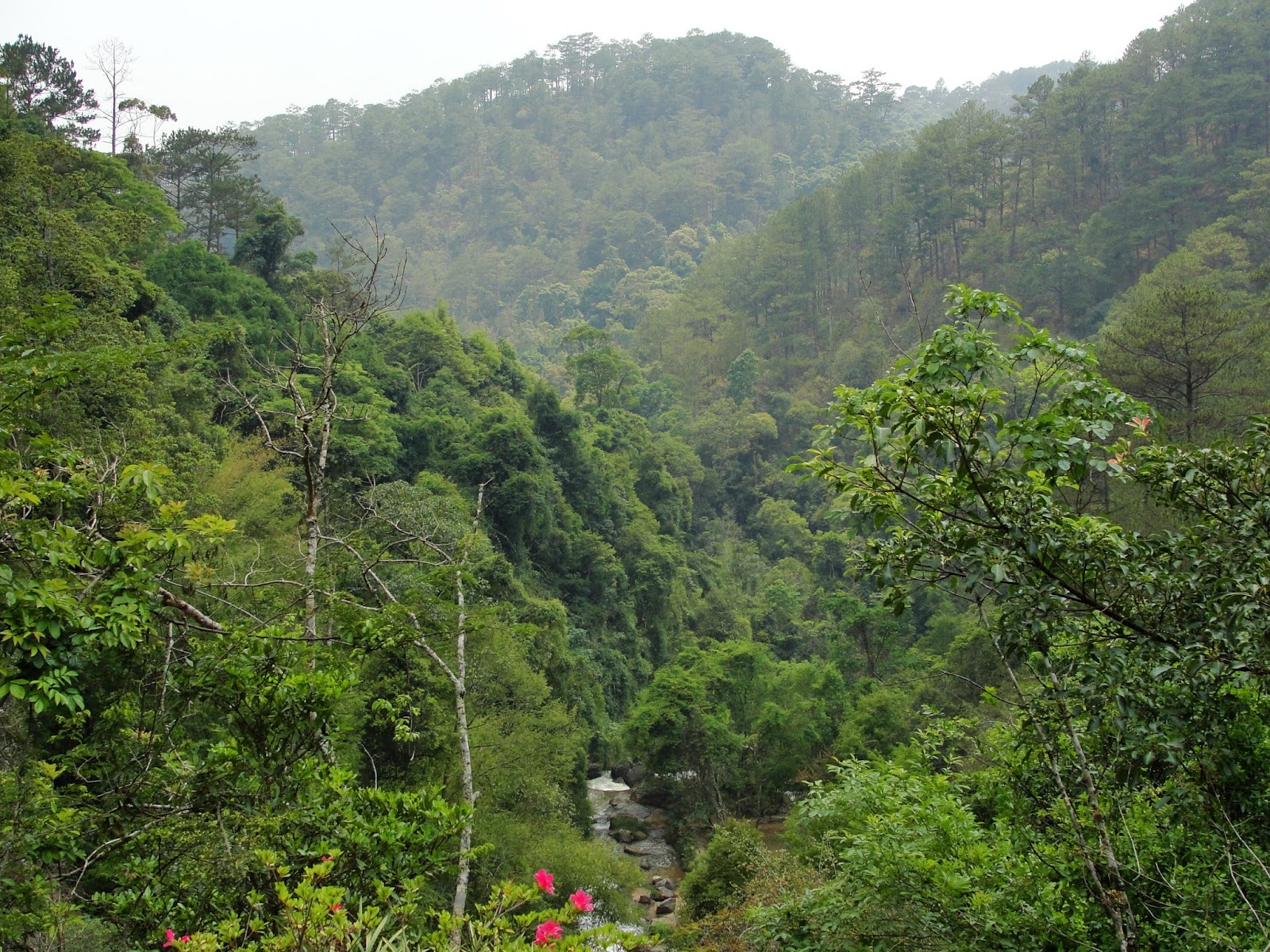 the Vietnam we expected to see

The walk to Datanla Falls was a bit hairy at times. Parts of the two-laned windy mountain road had no shoulder; trucks and motorbikes barreled past us, passing and honking at each other and there were moments when we were pretty sure walking had been a terrible decision. Just moments though - for the most part it was really fine. We made it there and back a little dusty and grimy, but otherwise scratch-free... and we slept really well that night.

With one success under our belts, the next day we headed for Elephant Falls (Thác Voi). According to internet posts this was an easy hour's bus ride from town. Local buses in Dalat are sometimes numbered and usually have the names of major towns on the bus, so we just had to find the #5/"Nam Bam" bus. The lady at the coffee shop confirmed the bus stop location and the bus guy confirmed our destination (thanks, hand scribbled note!) and also waved us off at the correct stop. Only 10,000 dong (~$0.50) combined to enter... 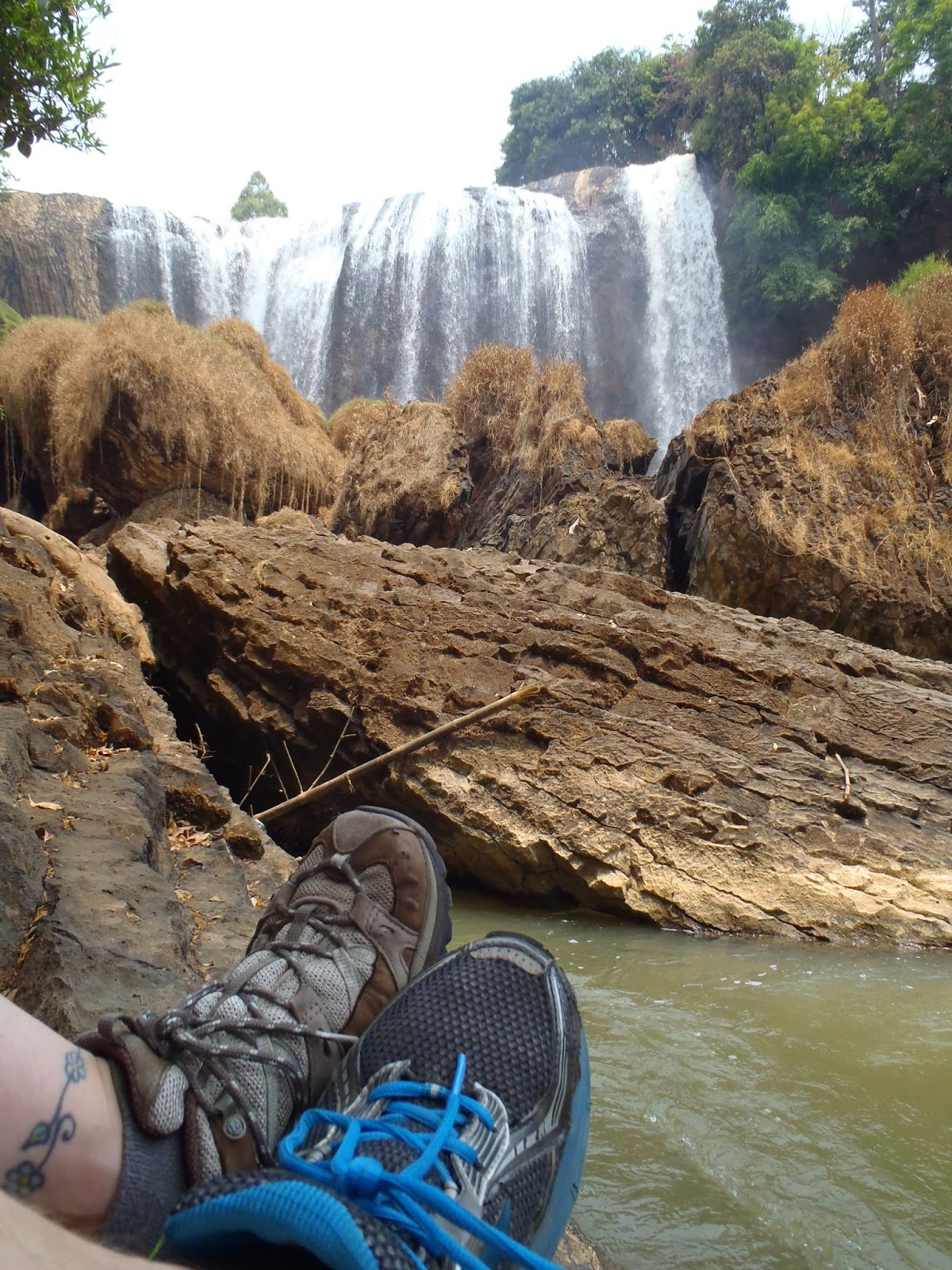 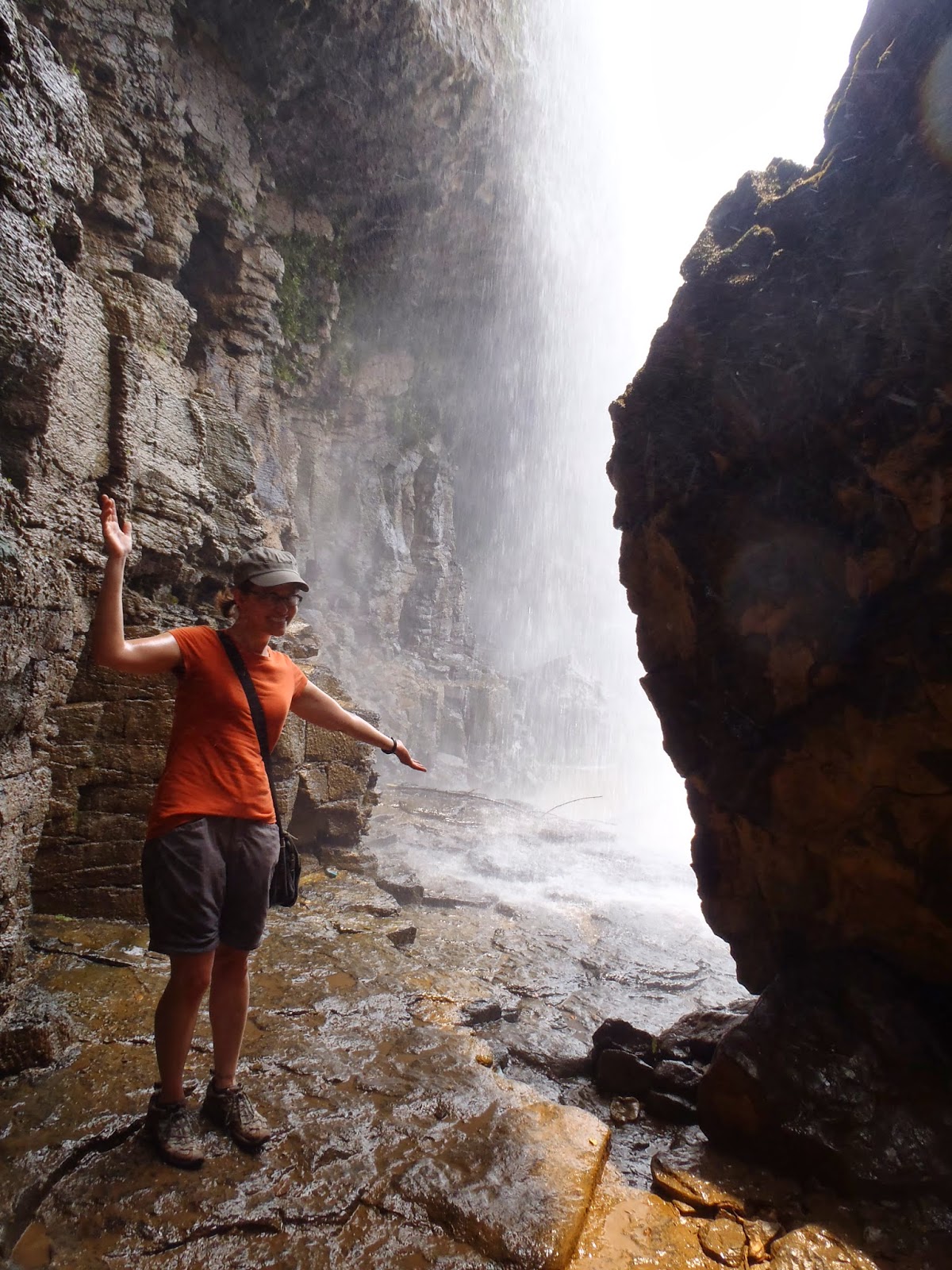 up close and personal with Elephant Falls

Though they can sometimes take lots of time to plan, and they can be mildly stressful too, one of the best things about DIY day trips is being able to stay as little or as long as you want. We watched a couple dozen tourists come and go while we lounged around, ate lunch, and took a billion dragonfly photos. 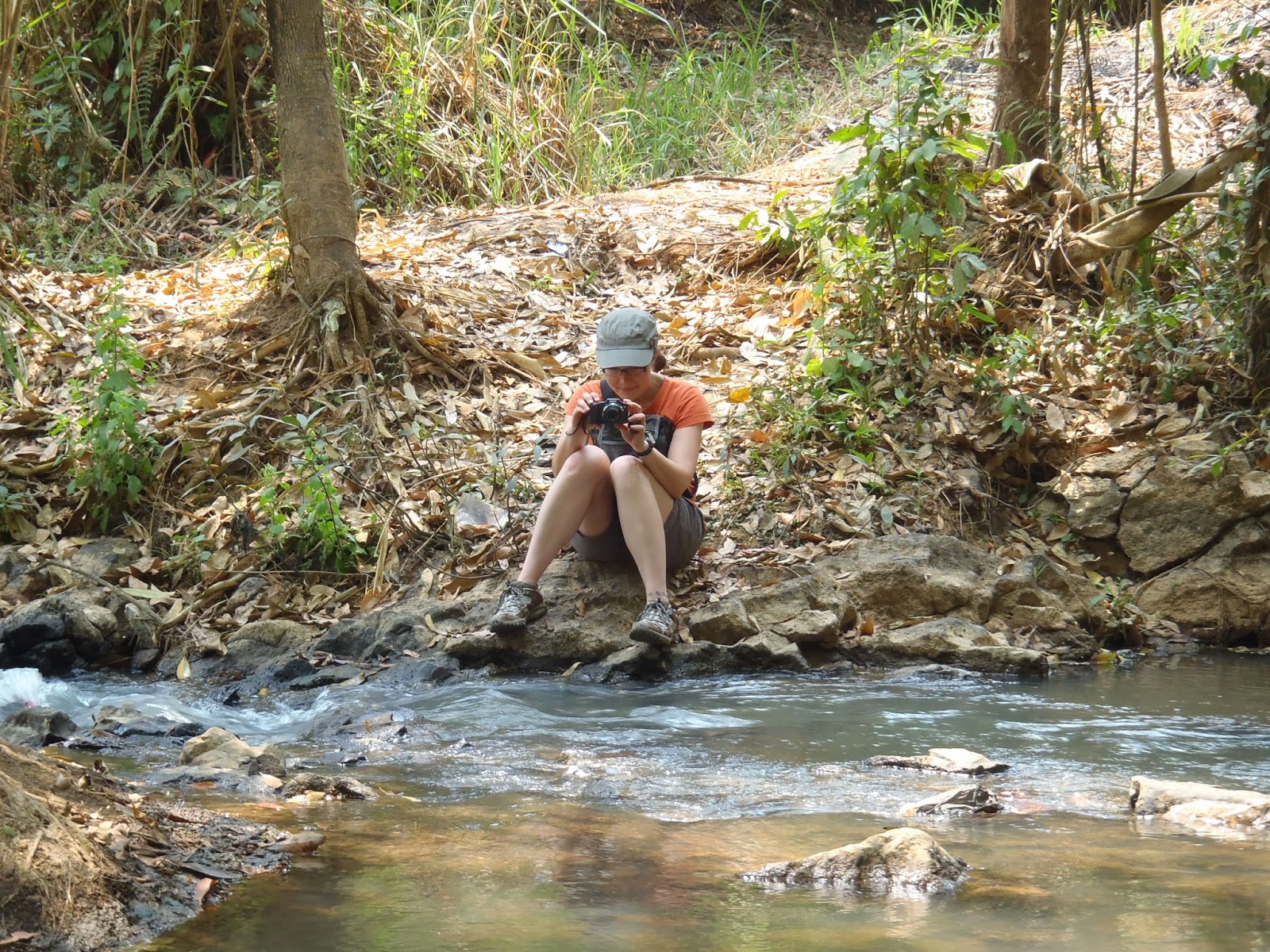 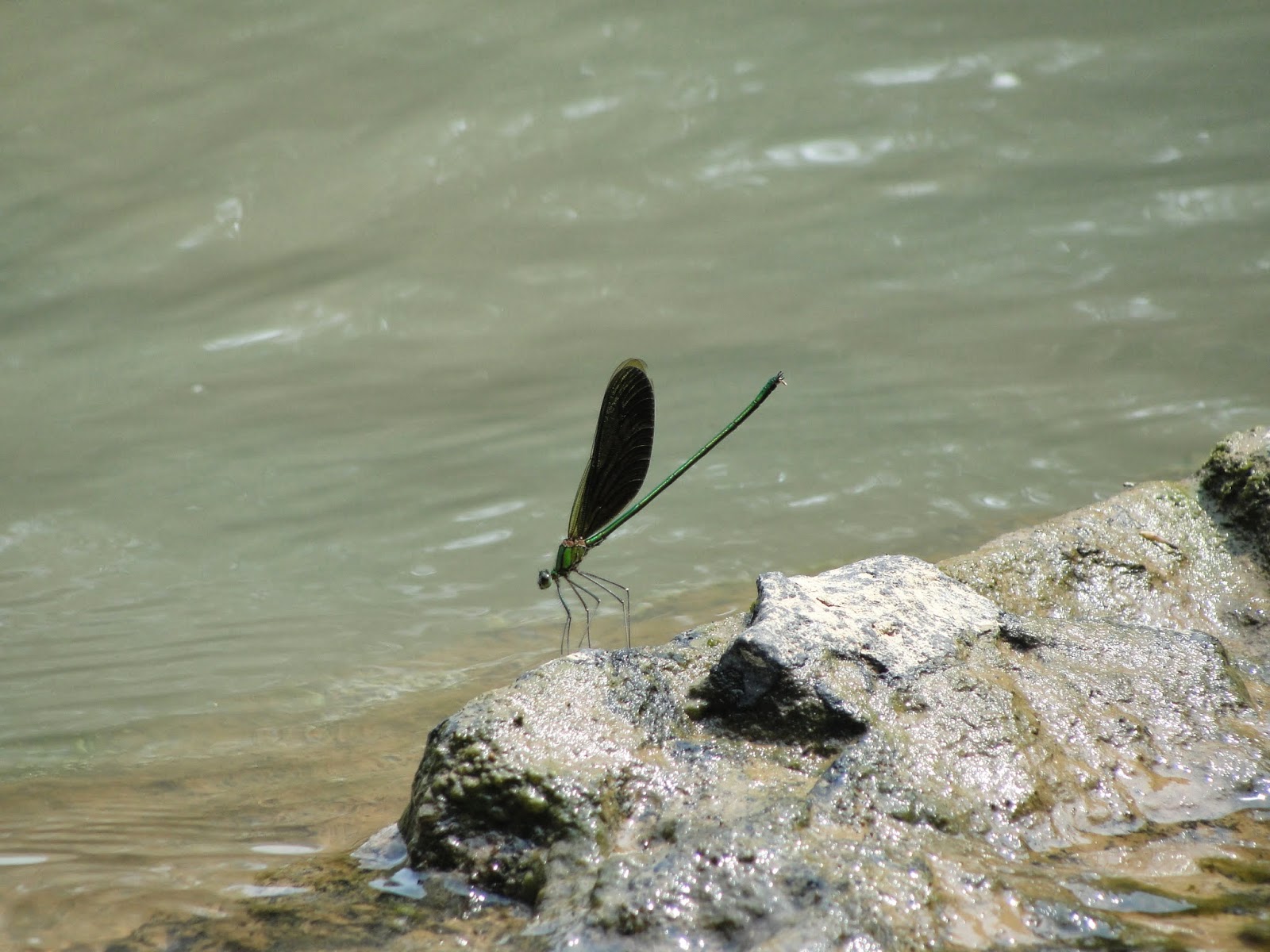 Elephant Falls in dry season was equivalent to Tunnel Falls (PDX) in the spring - it's much wider but about the same amount of water. The volume crashing over that edge in rainy season must be astounding.

Anyway, getting back from Elephant Falls was cake too. 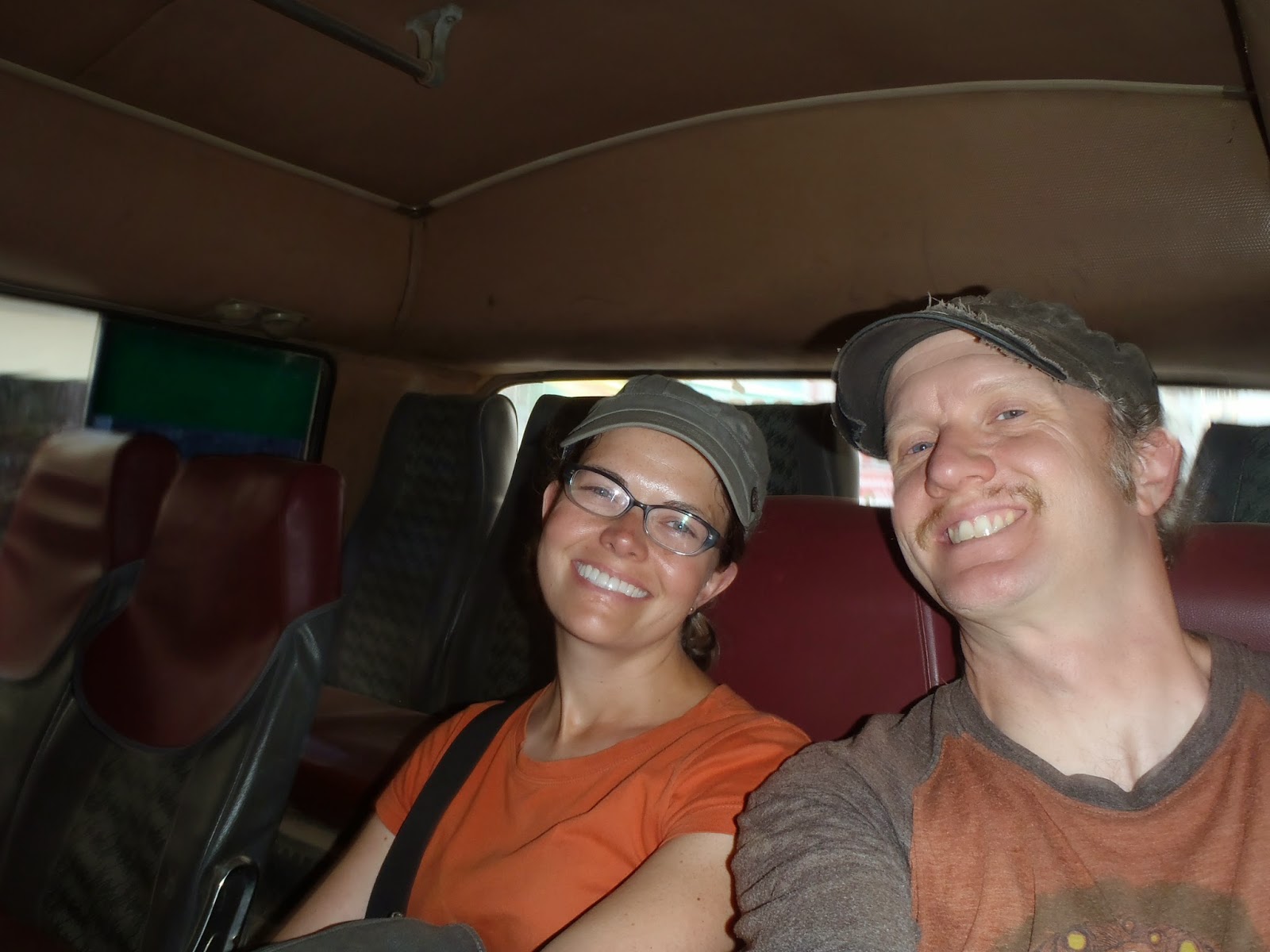 Our mission for DIY day #3 was to conquer Lang Biang mountain. 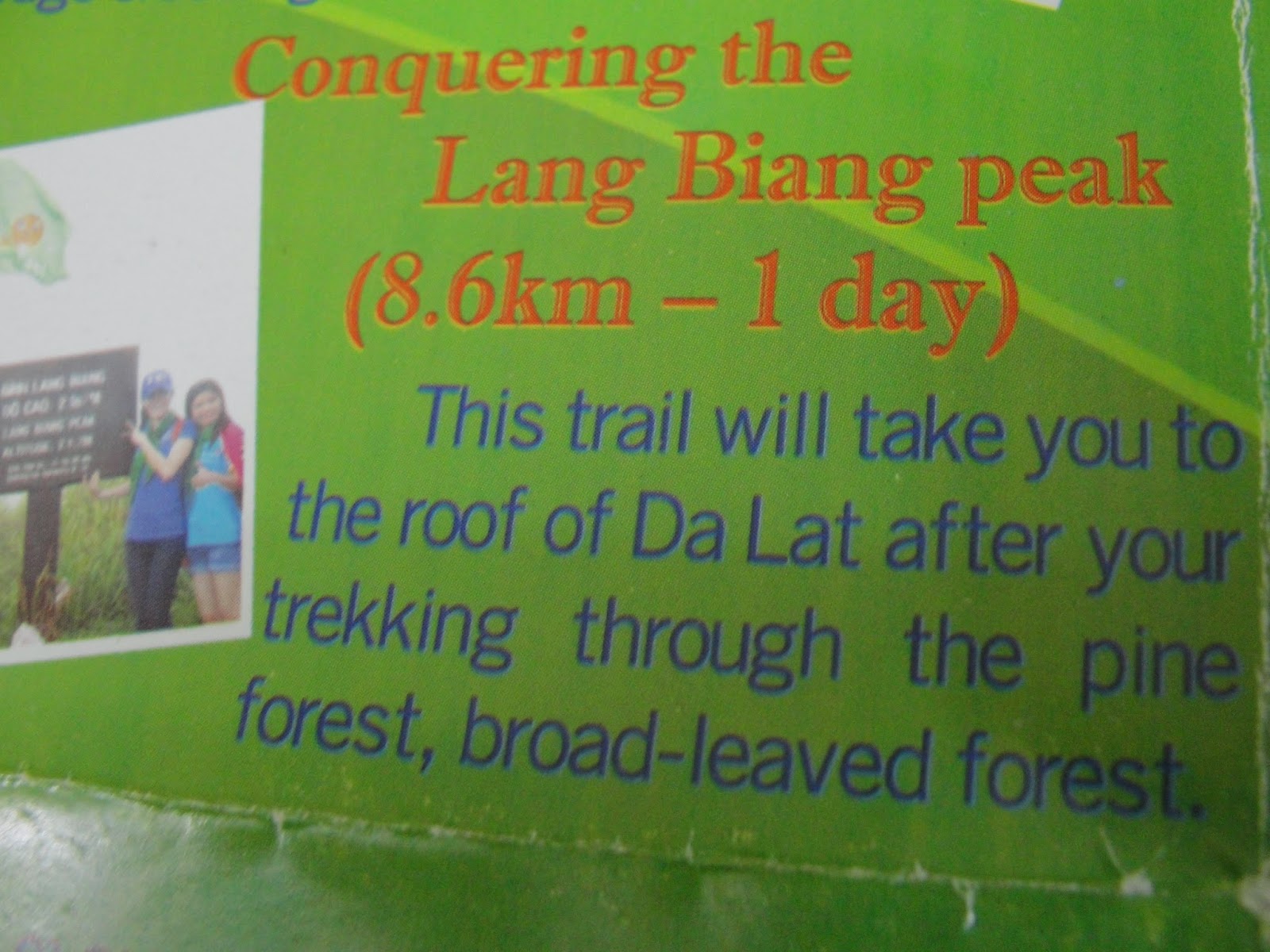 Another really helpful internet post said to catch the "Lac Duong" bus from the same central stop as the day before and go about 20 minutes to the end of the line. Our hotel owner confirmed this, and armed again with a handwritten note with our destination, we made it there and back just fine.

Like Datanla Falls, the main part of Lang Biang costs 10,000 dong (~$0.50) to enter and it's also a bit ridiculous (there are horses painted with zebra stripes for all your photo op needs). Most people just hire a park jeep to get to a lookout point, turn around, and come back down. We opted to walk 2km up the windy road to the trailhead, pay another 20,000 dong each (~$1), and hike 2km up to the mountain peak. 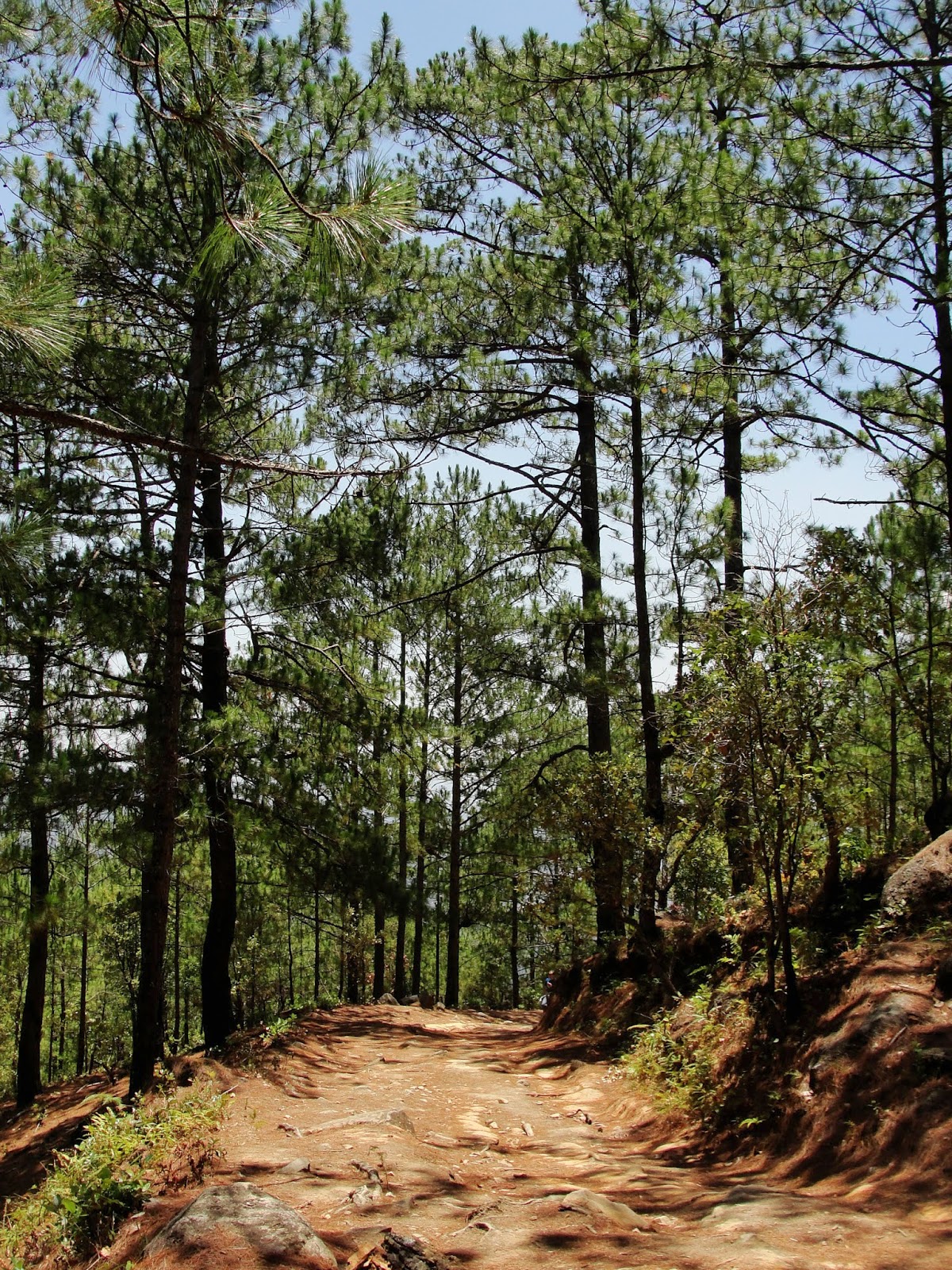 we think we made the right choice,
don't you?

The first part of the hike was all pine trees; suddenly it turned to jungle and we were surrounded by amazing bush and lush trees and ferns. It was awesome. 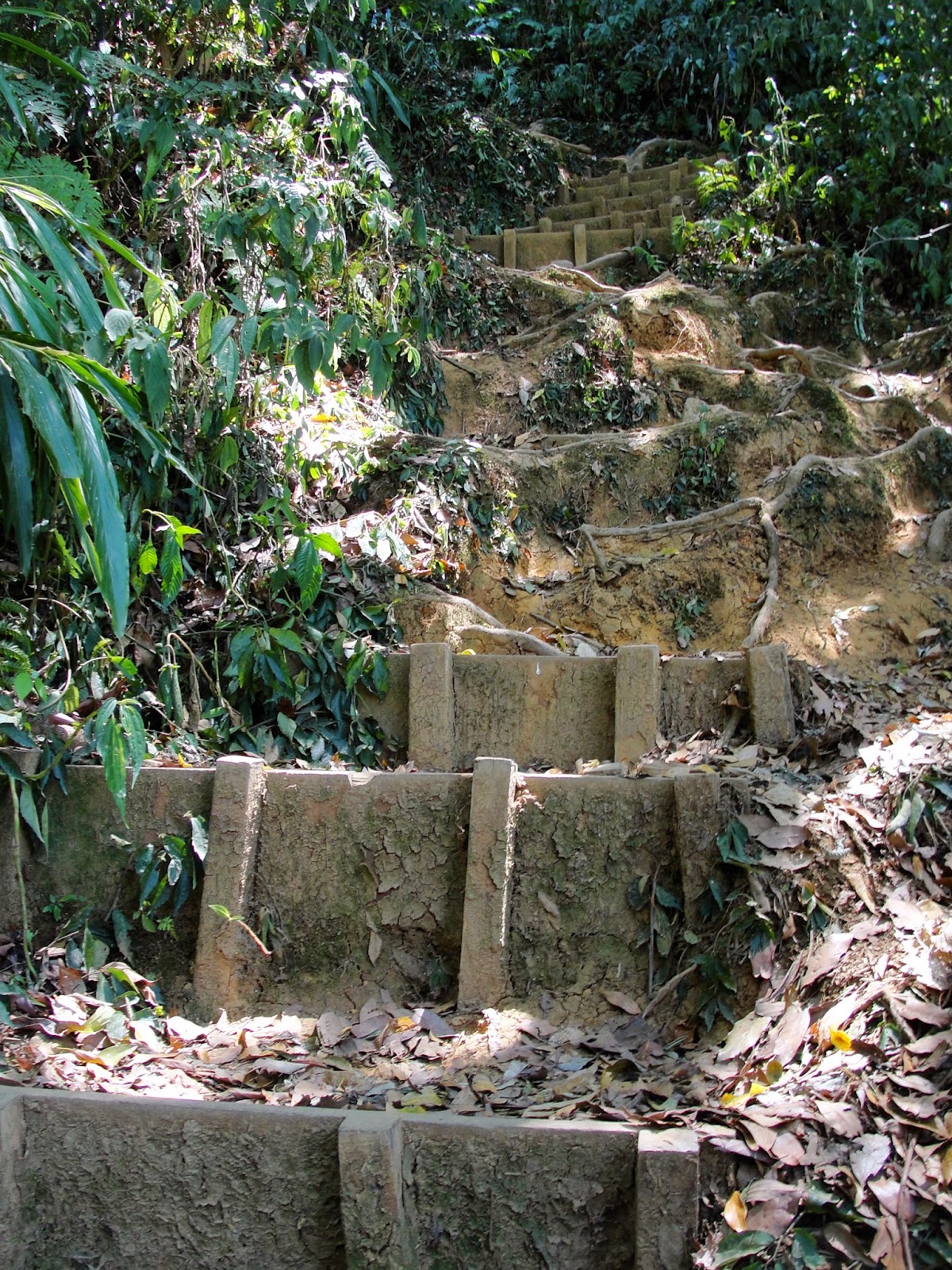 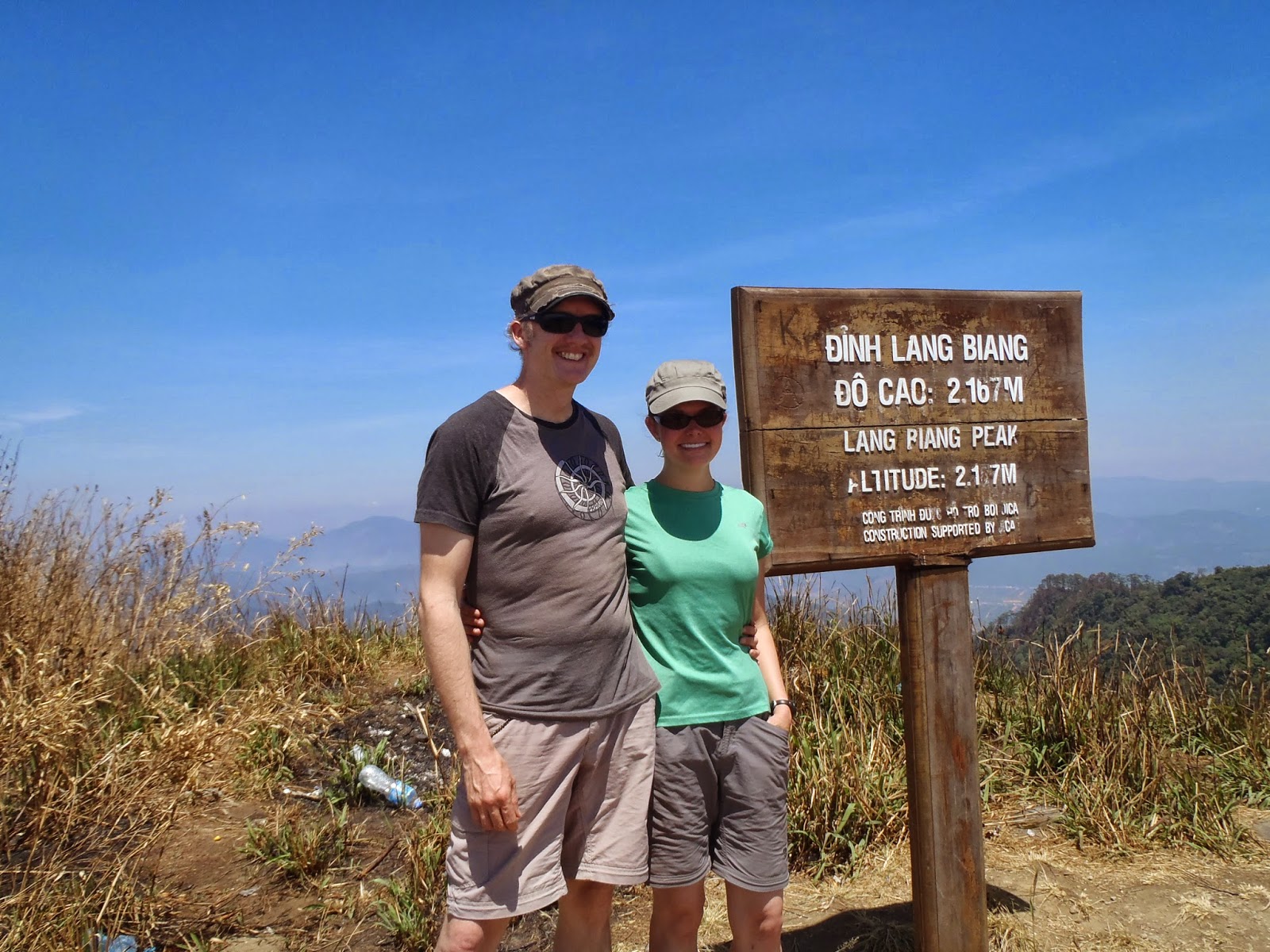 hazy, hot and humid at the top

This was by far one of the cleaner parks we'd visited over the last few months. Still, we did our part by collecting two bags of trash on the way out. (Why is it so hard to just put a candy wrapper in your pocket? Seriously?!) 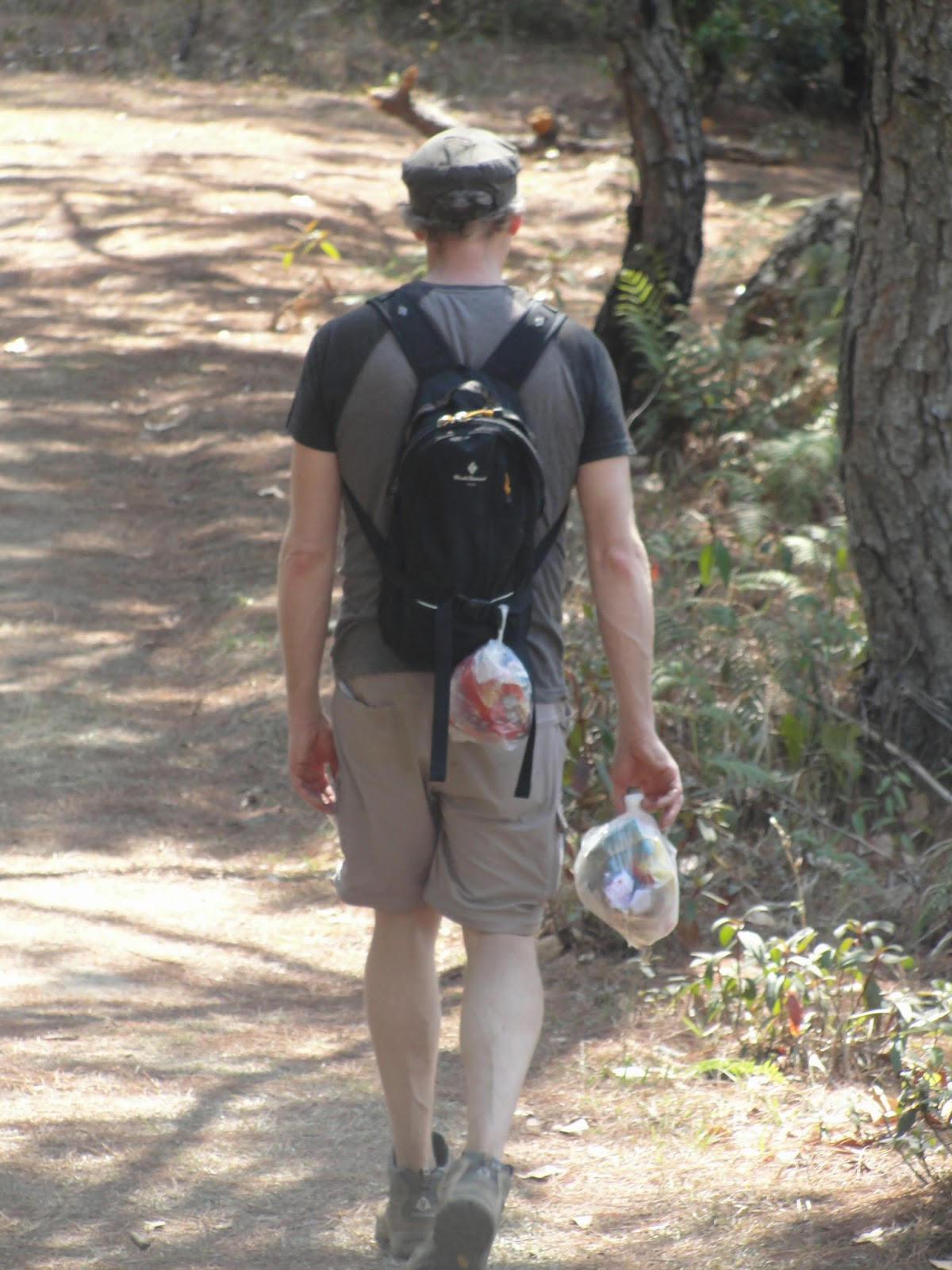 Back in Dalat we stopped by the Crazy House but didn't go inside, and we couldn't find the pagoda. Otherwise, we enjoyed our time in and around town and we'd definitely recommend Dalat as a side trip from HCMC if one has the time. 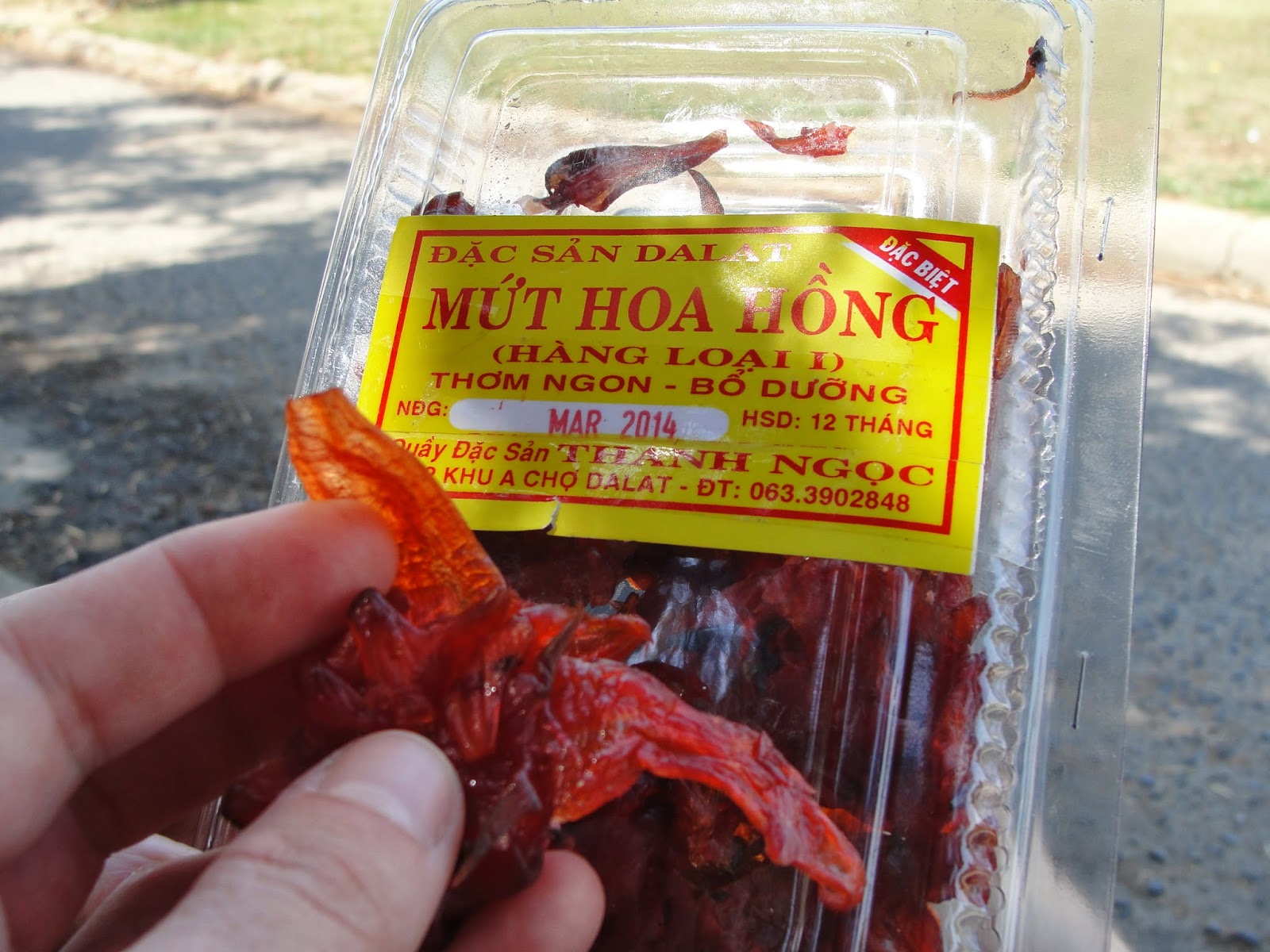 hope we can find them again 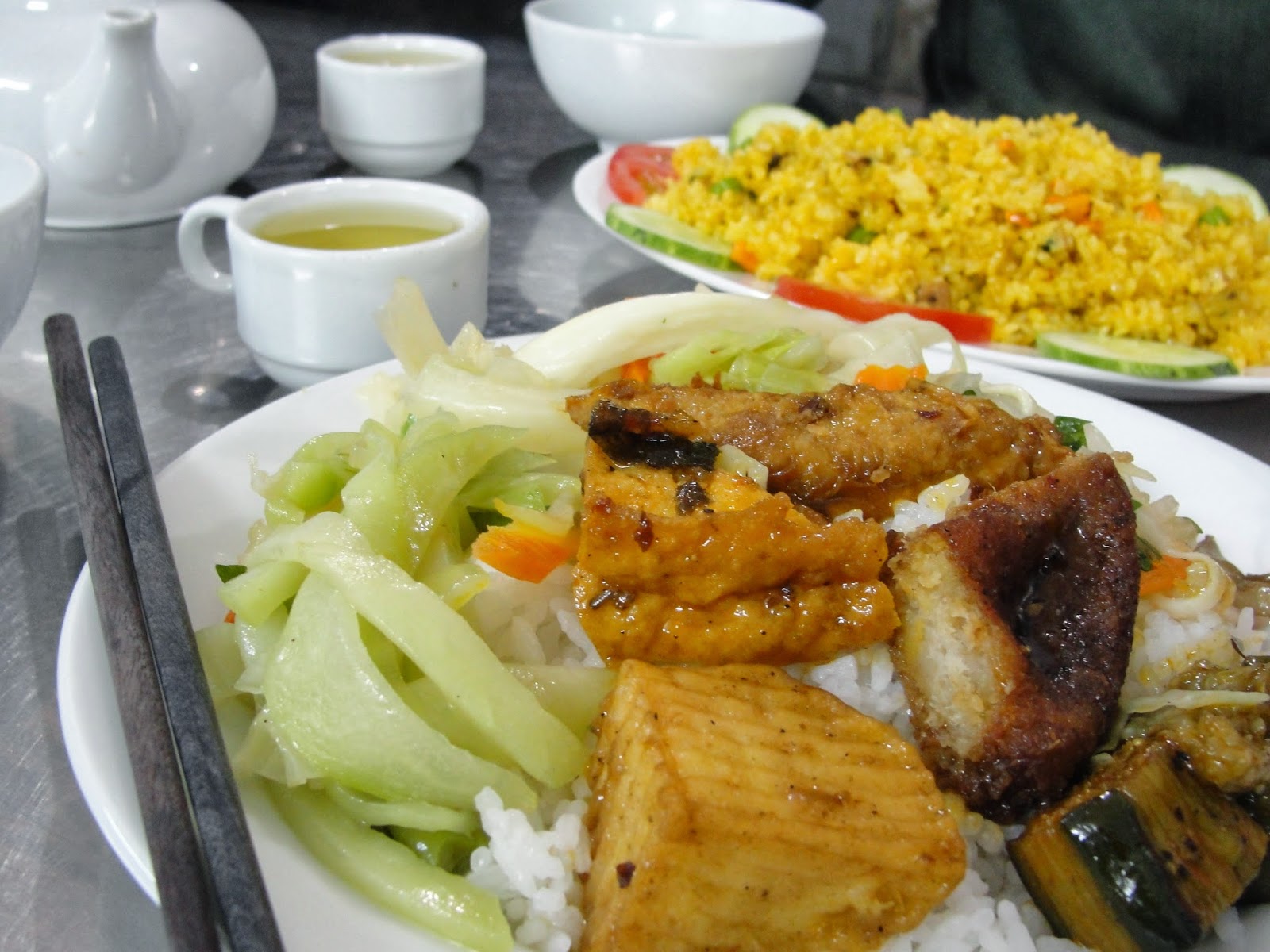 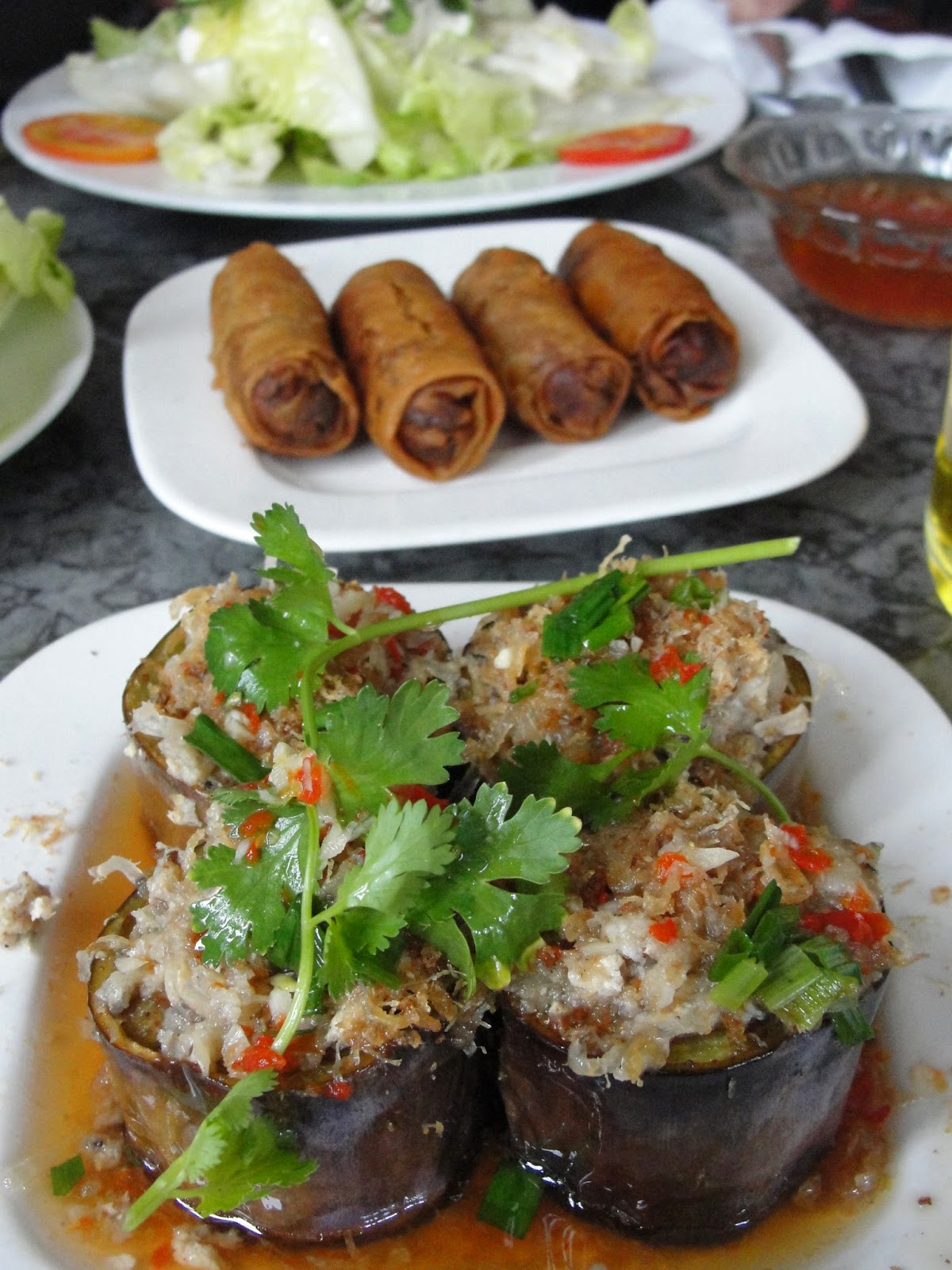 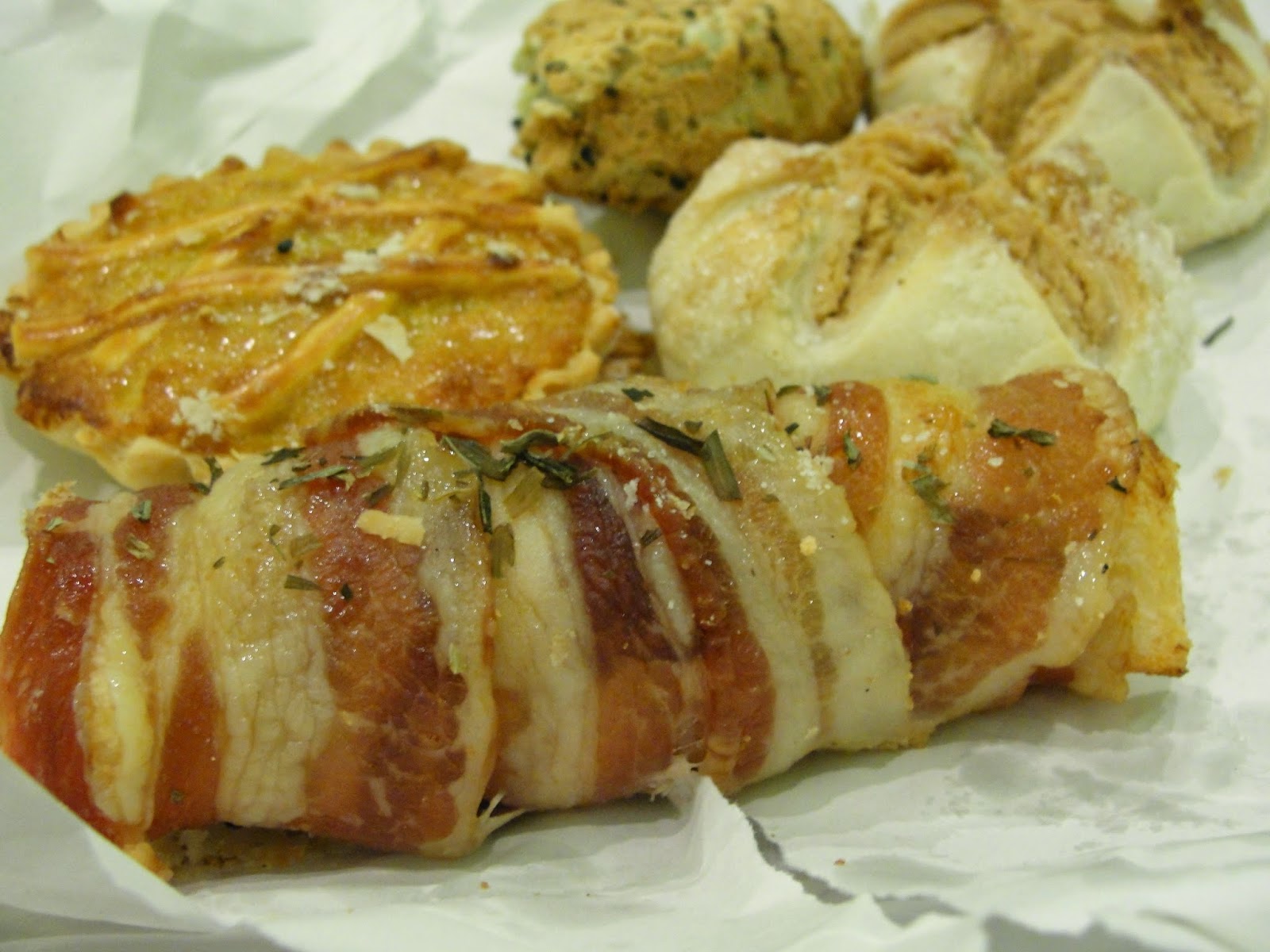 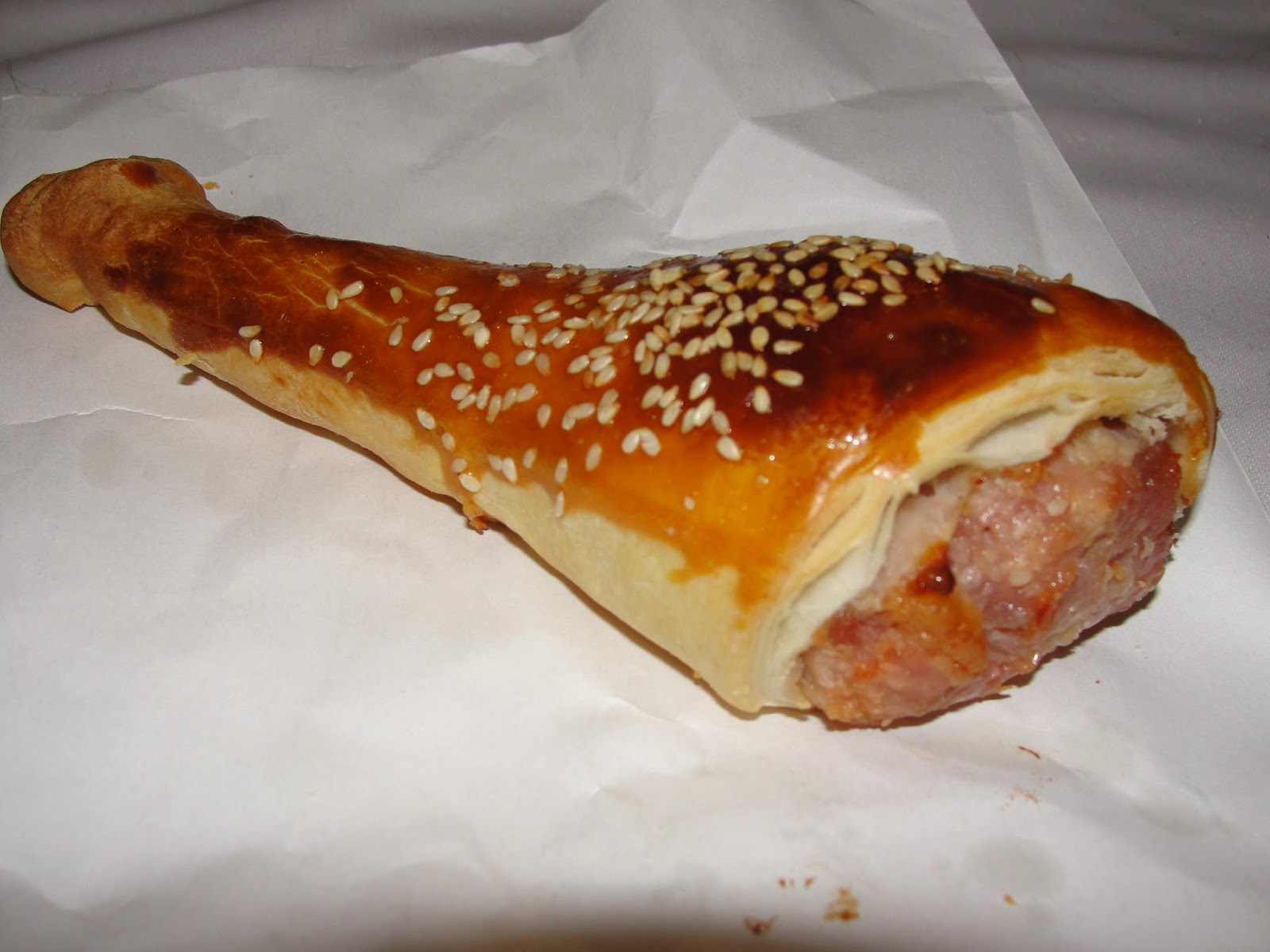 and this chicken leg pastry 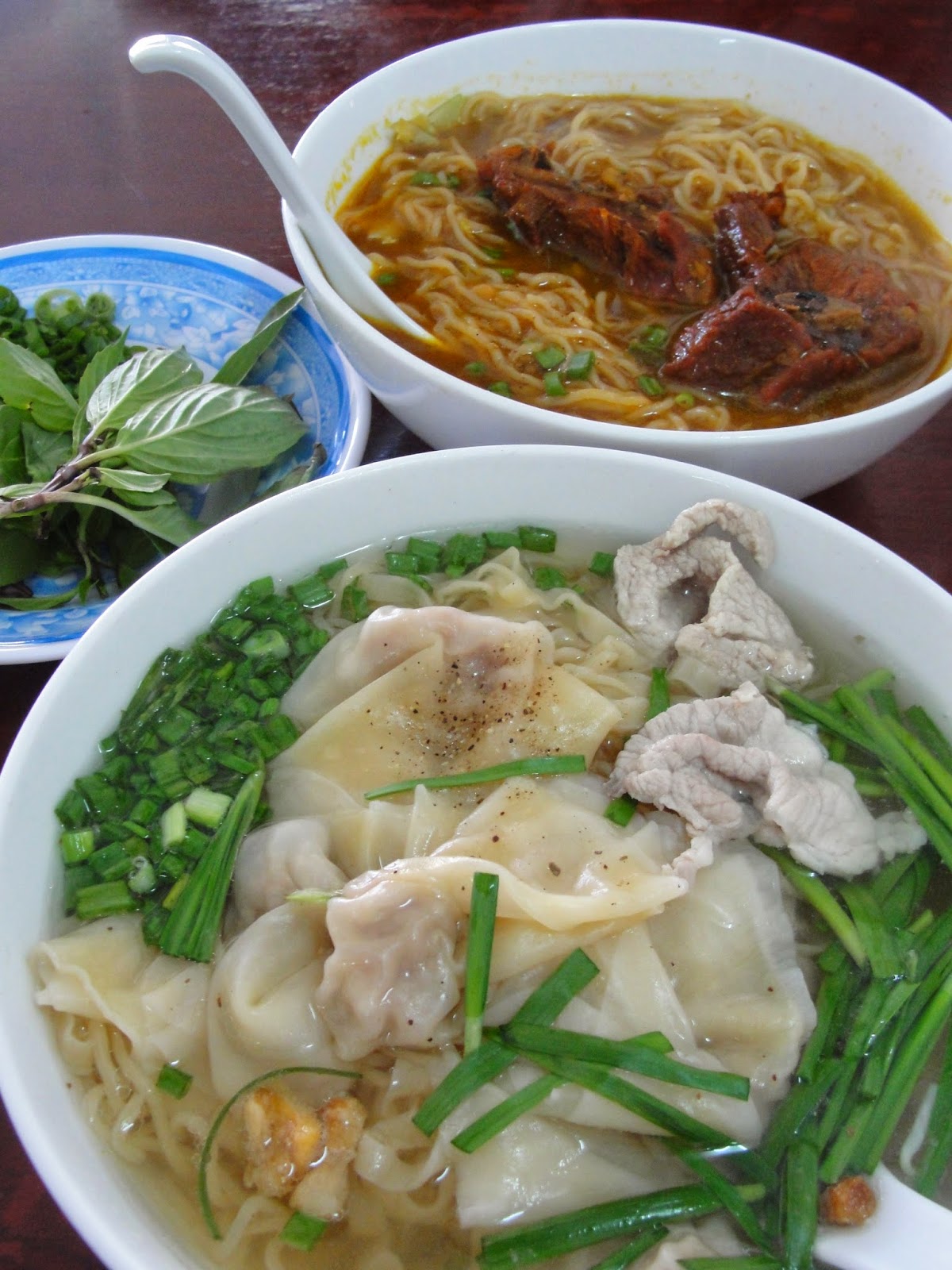 
Lodging notes: Hai Long Vuong was excellent! Funny, helpful owners; big spacious clean rooms; a good TV with National Geographic so that Patrick could watch the new Cosmos; and just $10 total per night... really, what more could you ask for? 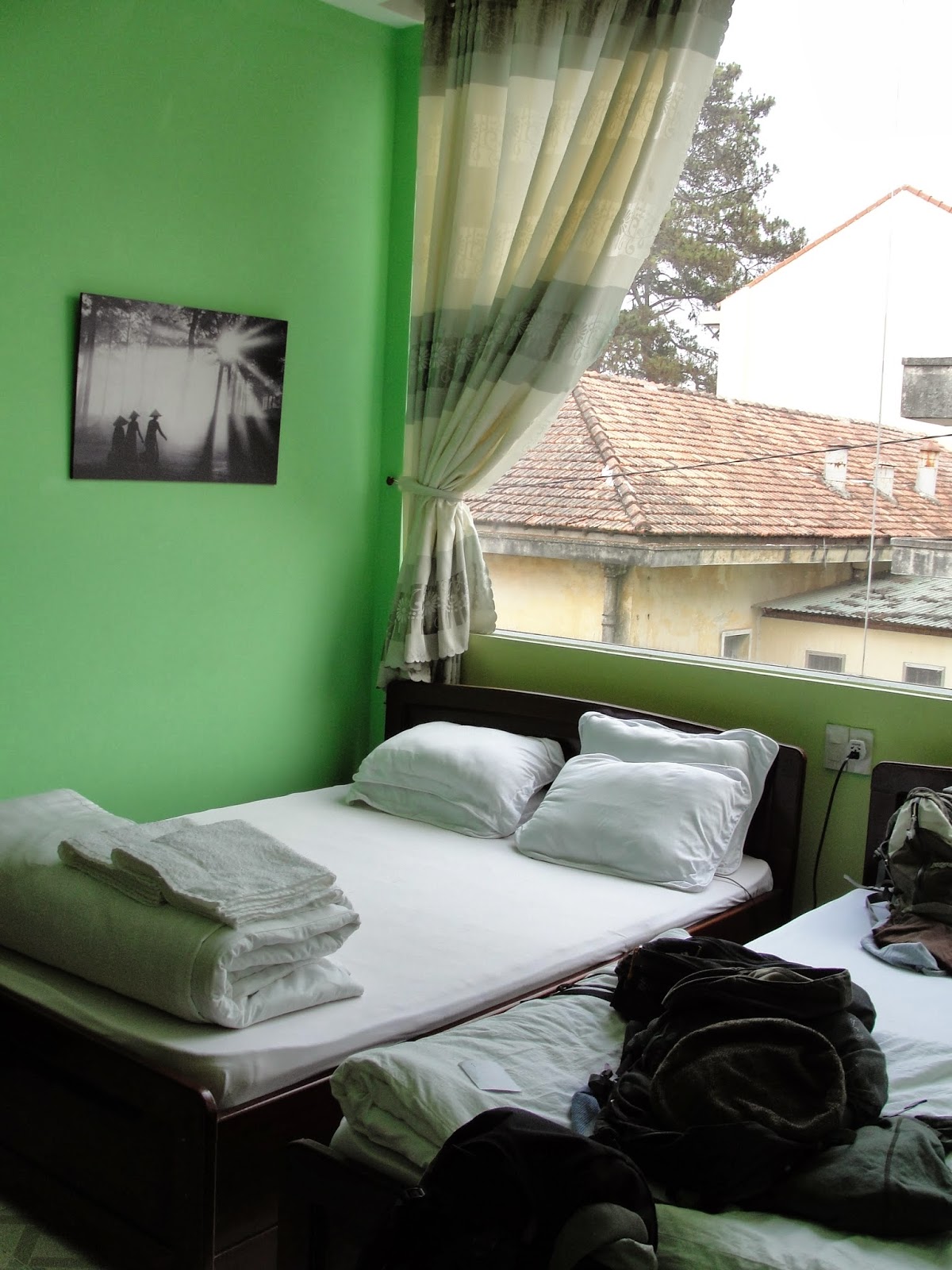 Next up: the coffee capital of Vietnam - Buon Ma Thuot! This leg of the trip just keeps getting better and better...
Posted by Slowly Global
Email ThisBlogThis!Share to TwitterShare to FacebookShare to Pinterest
Labels: asia, vietnam