Morocco: winding down in Fes, Meknes, and Moulay Idriss.

After two and a half weeks in Morocco, two nights in Fes was cake. Actually, the hardest part about Fes was finding somewhere to eat lunch and dinner because we stayed in "newville" (as Patrick kept calling Ville Nouvelle) and we really just wanted comfort food like pizza and shawarmas at that point.

Actually, we just wanted to cook for ourselves at that point - an impossibility in hostels and hotels in Morocco.  Alas.

The famous 5000+ street medina is now well marked and easy to navigate so we didn't get a guide. (And we only got a little turned around once.) We also skipped the vantage views of the tanneries - something about it felt voyeuristic, kind of like watching the workers in Tillamook's cheese factory - but we got close enough to smell them and we watched a little bit of action from the sidewalk. 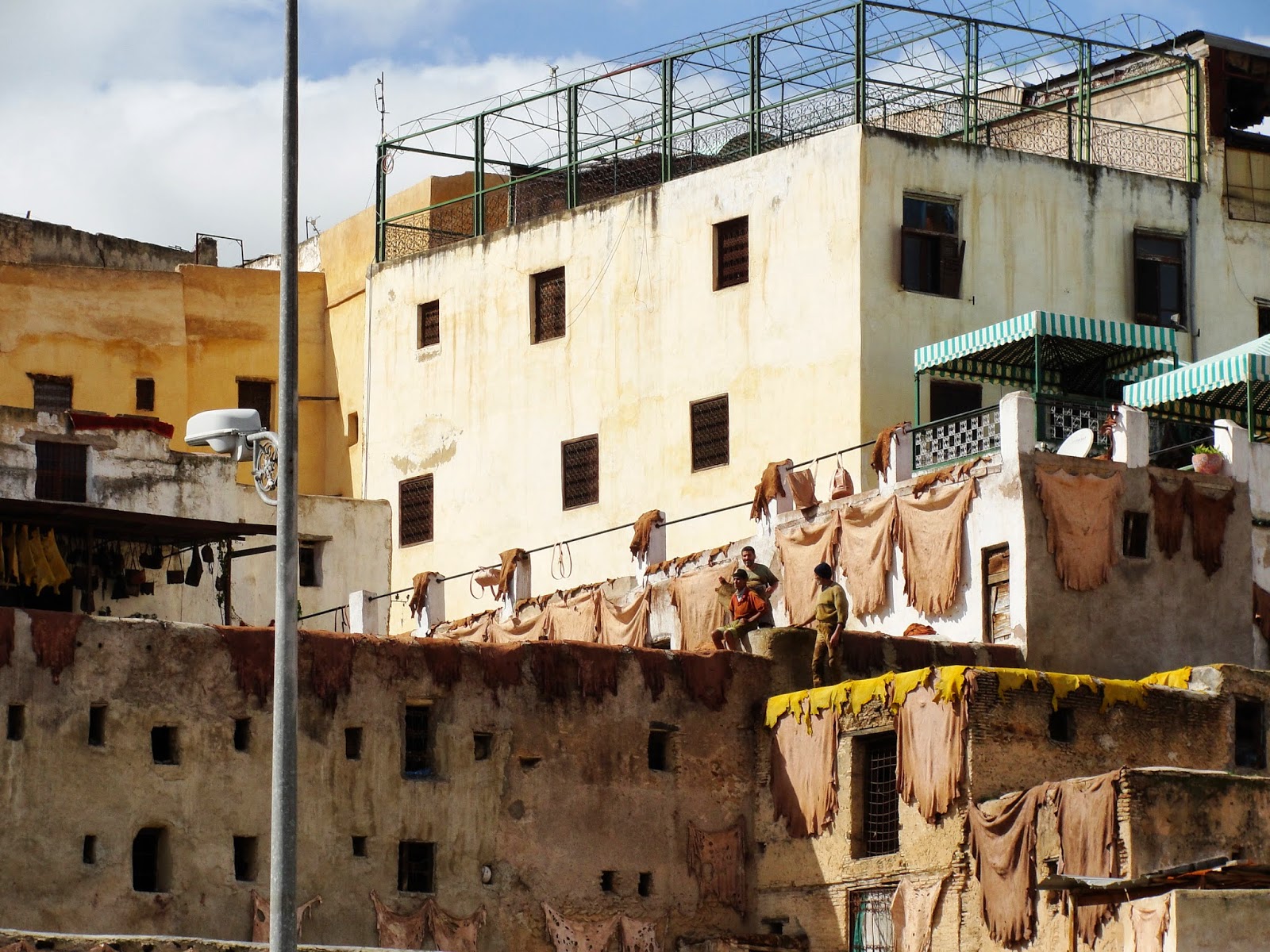 our view
(if you're curious,
here's a youtube video of
what we didn't see)
Otherwise we were kinda over medinas so we enjoyed the green spaces around the city and called Fes good. Lame but true.
Next up was Meknes, a big city with a small city feel. It was supposed to just be our base for a few day trips but we ended up liking the easiness of the city and skipped the day trip to Ifrane just to hang out in Meknes instead. 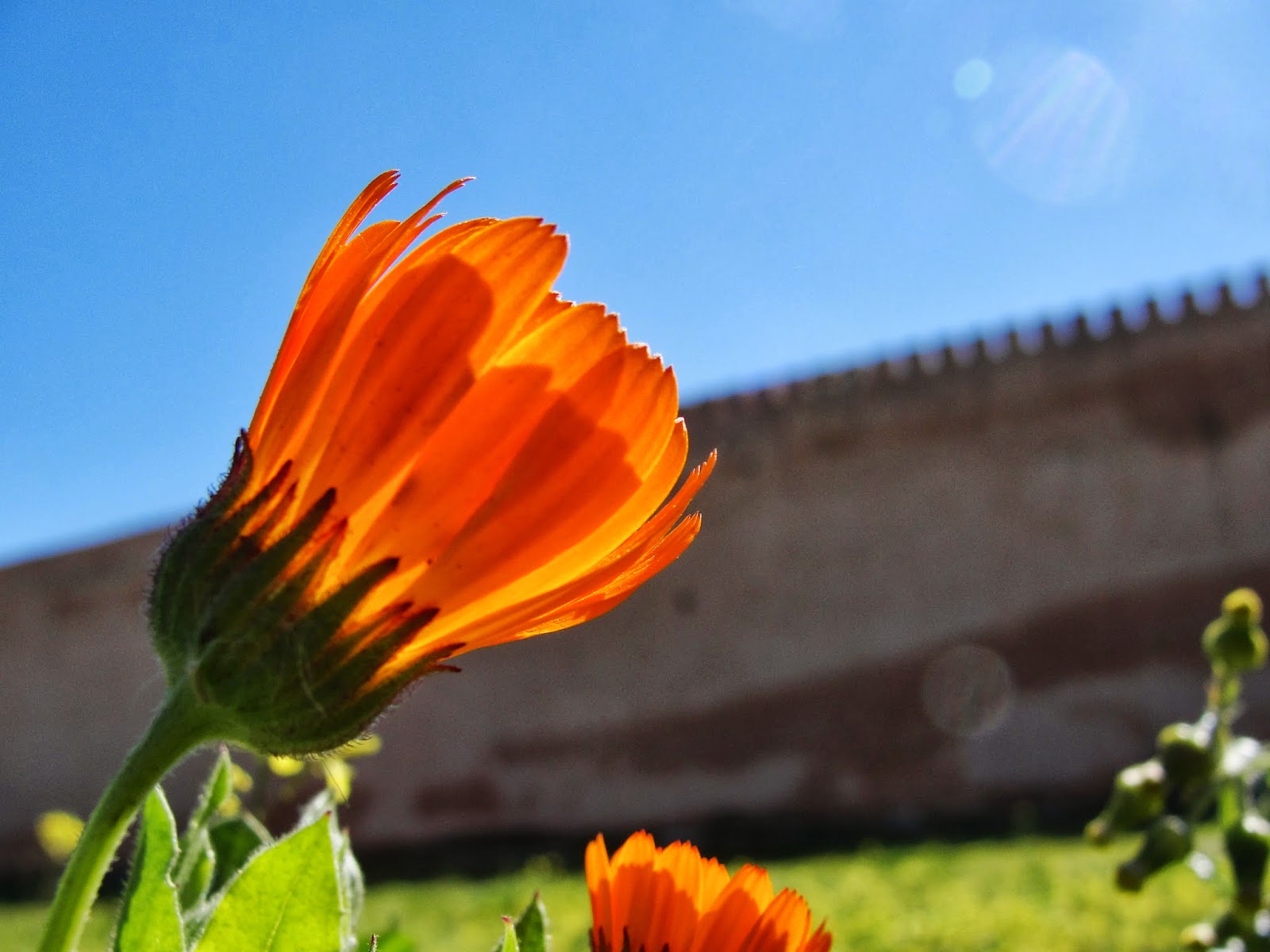 (we also skipped Ifrane
because we weren't sure
exactly what there was to do in Ifrane -
were there flowers like this in Ifrane?
probably not) 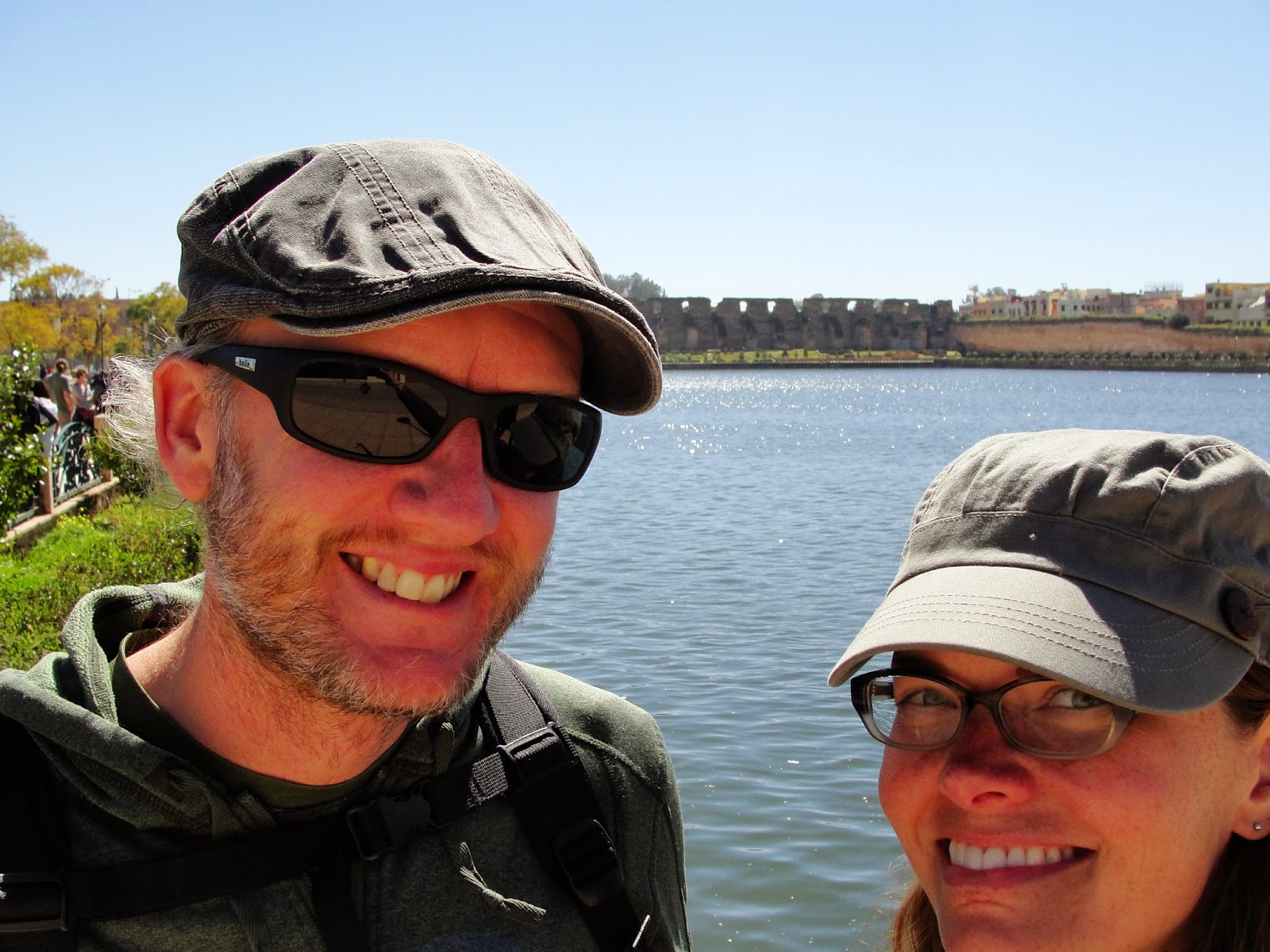 (and also because we were feeling lazy -
was there a giant manmade lake to sit and admire in Ifrane?
probably not)
Luckily we didn't skip Moulay Idriss and Volubilis - these ended up being some of our favorite stops in Morocco.

The former is Morocco's holiest city, and allegedly if you go there six times during the right time of year you've completed your trip to Mecca. (One down - alright!) Moulay Idriss was full of adorable donkeys serving as taxis, garbage trucks, produce transport and sometimes all of the above. 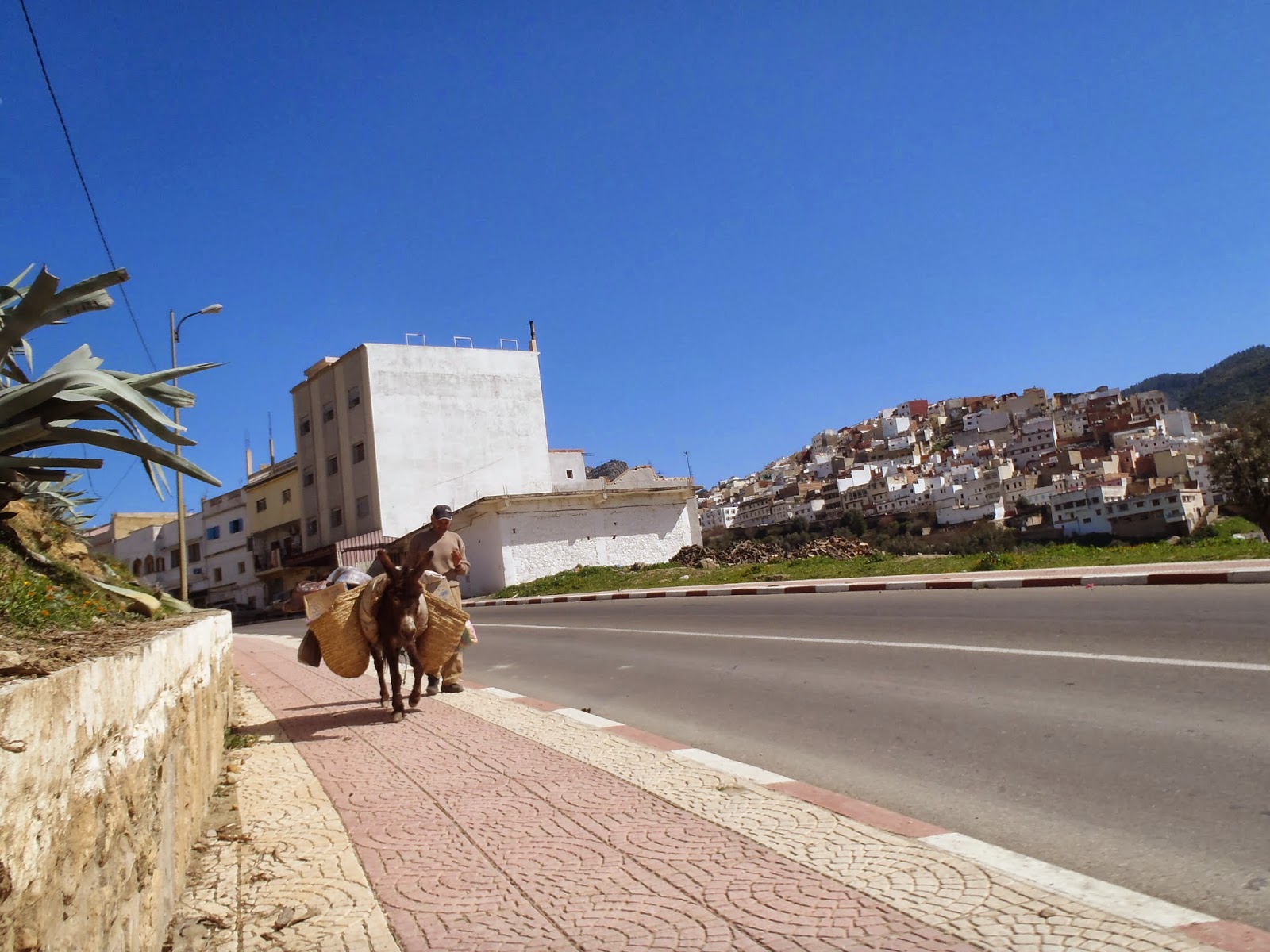 there are so many donkeys
that they have their own "parking" areas
Moulay Idriss is also where we saw the most random marching band in the world, where the market butcher hung a very clean severed cow's head at the front of his stand and awesomely decorated its mouth with parsley, and where we heard roosters again every morning. We liked it a lot.
Volubilis is just a 4km walk from Moulay Idriss. It was ancient, completely wild, and the only ruins where we also saw owls, lizards, a turtle, cows, sheep, donkeys, and a billion bees. The ruins were sort of in shambles because they were raided for stone and tiles a few hundred years ago, but we still loved exploring. 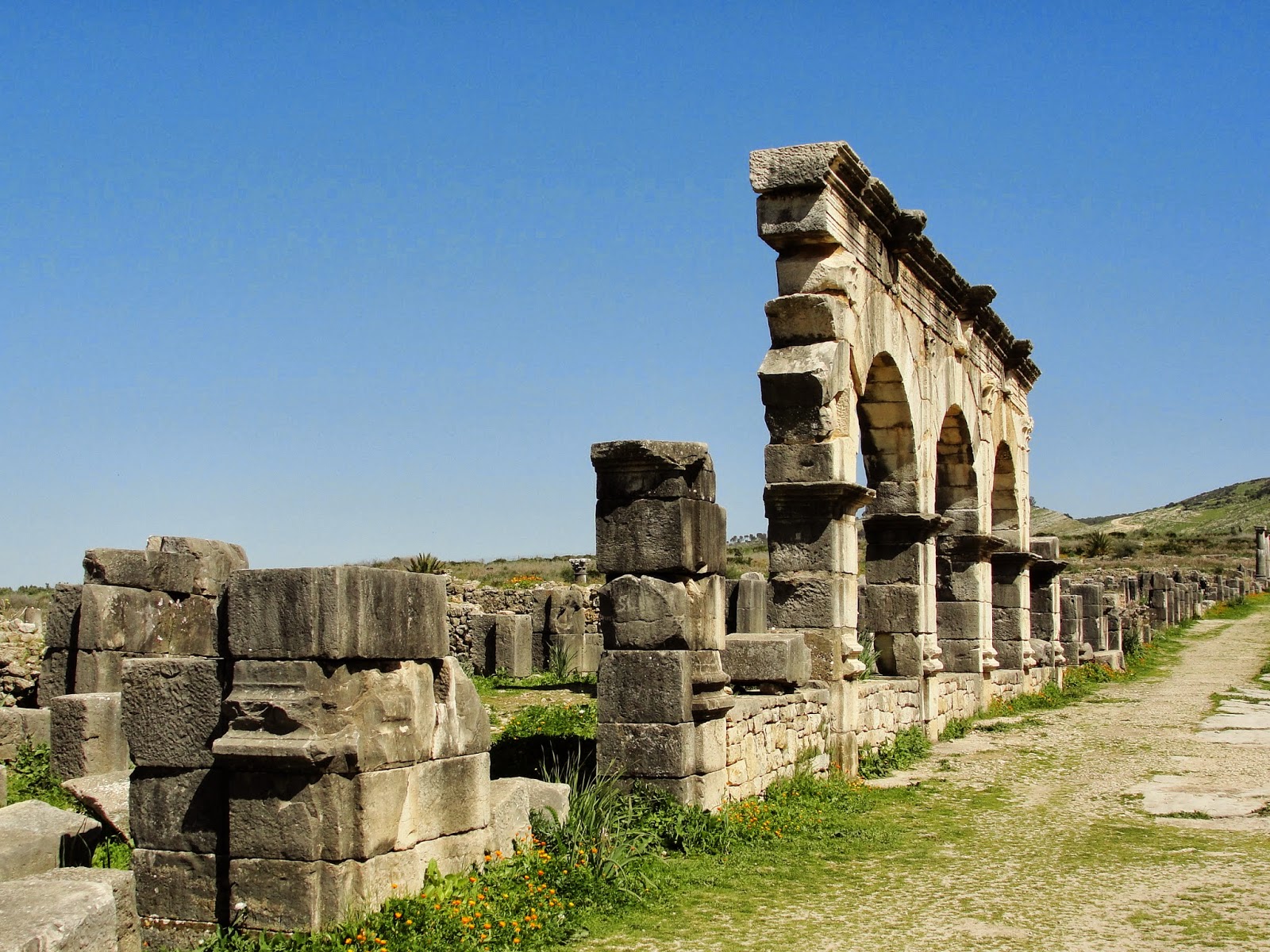 this gate was Jen's favorite 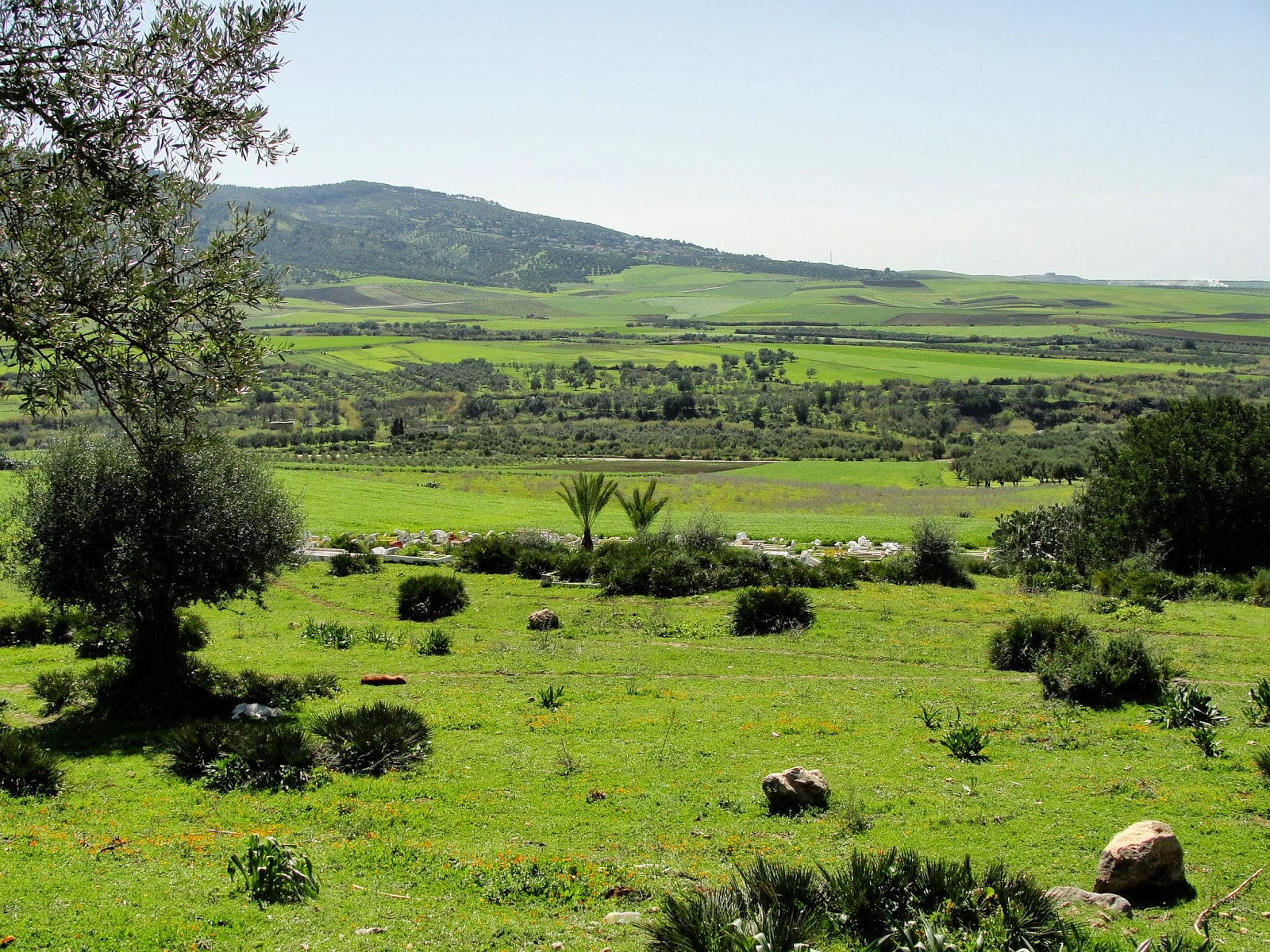 and the farmland views on the walk
to and from weren't so bad either
But otherwise we were pretty lazy in Moulay Idriss too... In hindsight maybe that's why we liked all the "M" towns after Marrakech - we finally got into the tourist vacation/slow travel groove and put our feet up more often than not? (NOTE TO SELVES... Ahem.)
One more night in Meknes, lunch with our kind host in Rabat, a ride to the airport, and that was Morocco. We had a bit of a hard time overall but we liked (most of) it a lot, we definitely learned a lot, and we wouldn't rule out going back - but there is a lot we would do differently next time.
Food notes will be shared in another post.

Lodging notes: what's a riad? Find out here, and the rest of this will make a lot more sense. 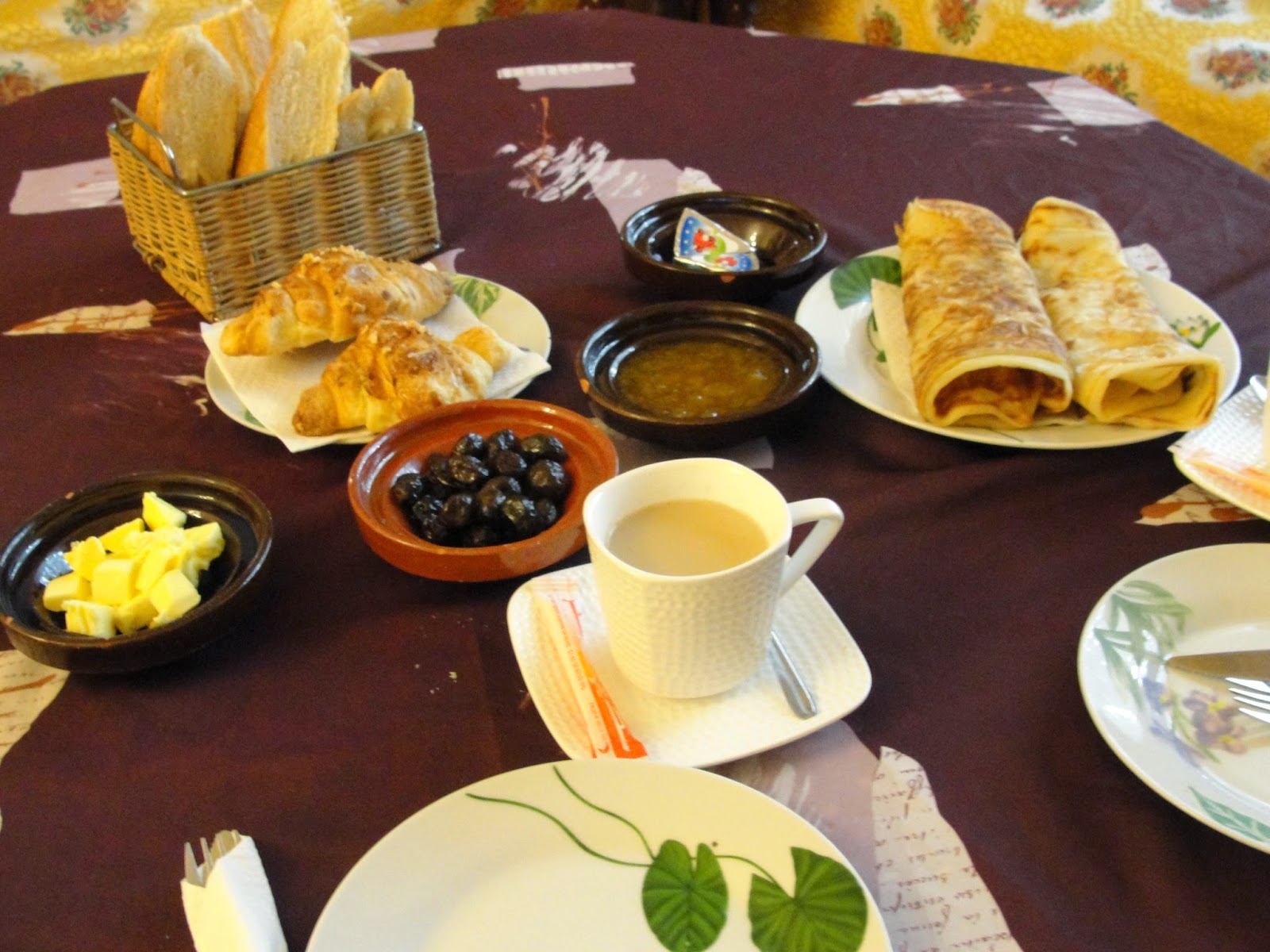 how every day should begin 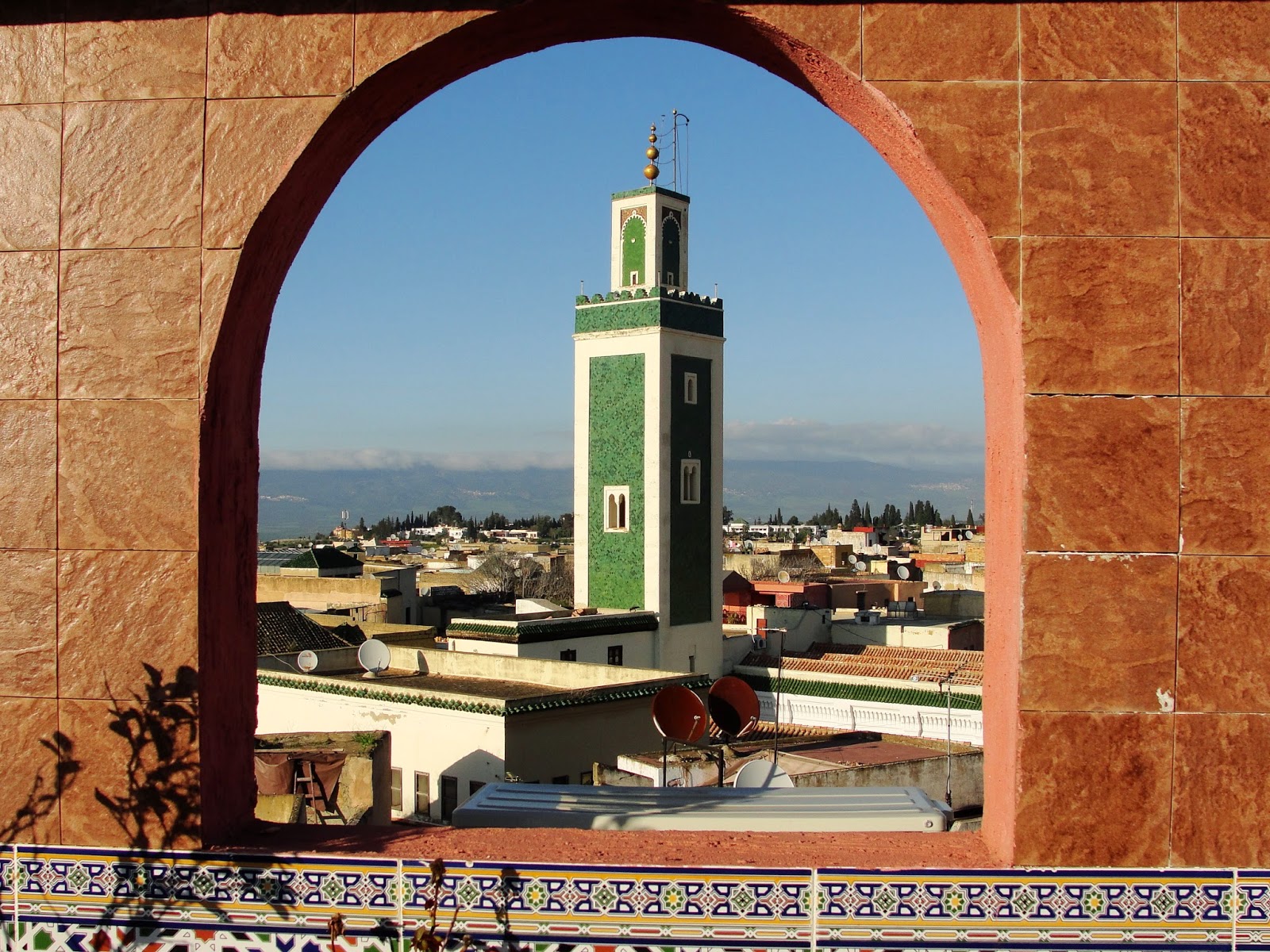 definitely not a riad 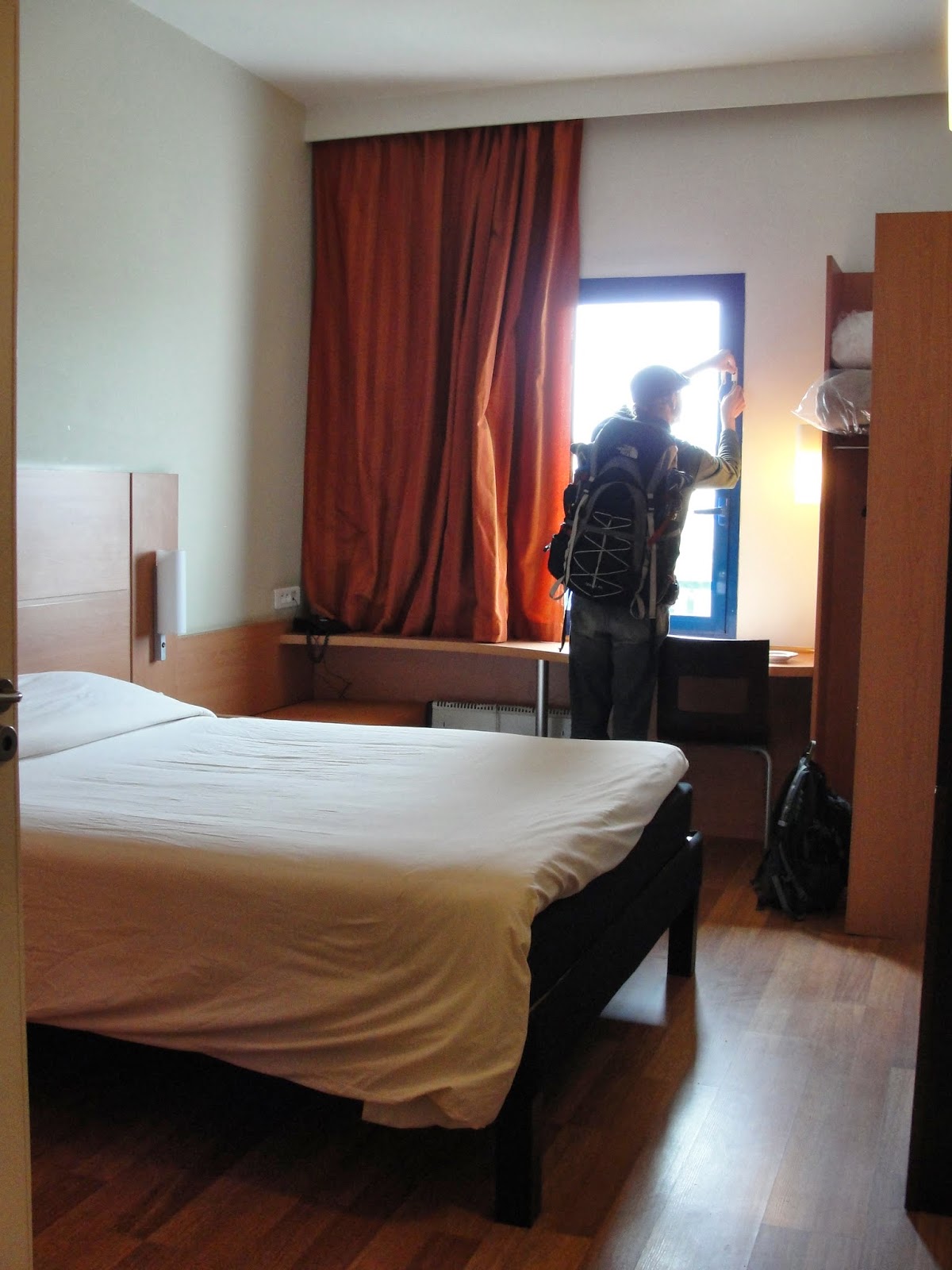 also not a riad
Next up: two quick nights in Madrid for laundry, ham sandwiches and cheap tasty wine, and then... Holy crap... VIETNAM! How did THAT happen??
Posted by Slowly Global
Email ThisBlogThis!Share to TwitterShare to FacebookShare to Pinterest
Labels: africa, morocco