Marrakech was probably amazing 15 years ago.

It might actually still be amazing to some people today.

But it most definitely wasn't amazing for us.

We didn't mind the shop owners hassling us in the markets or the kids trying to hire themselves as our tour guides. We enjoyed wandering through the areas of the medina where artisans were creating amazing things from wood, leather, metal - you name it. Given the price tags, many of their end products were probably intended for tourists (or expat residents) but there was a really neat authenticity to their craftsmanship. 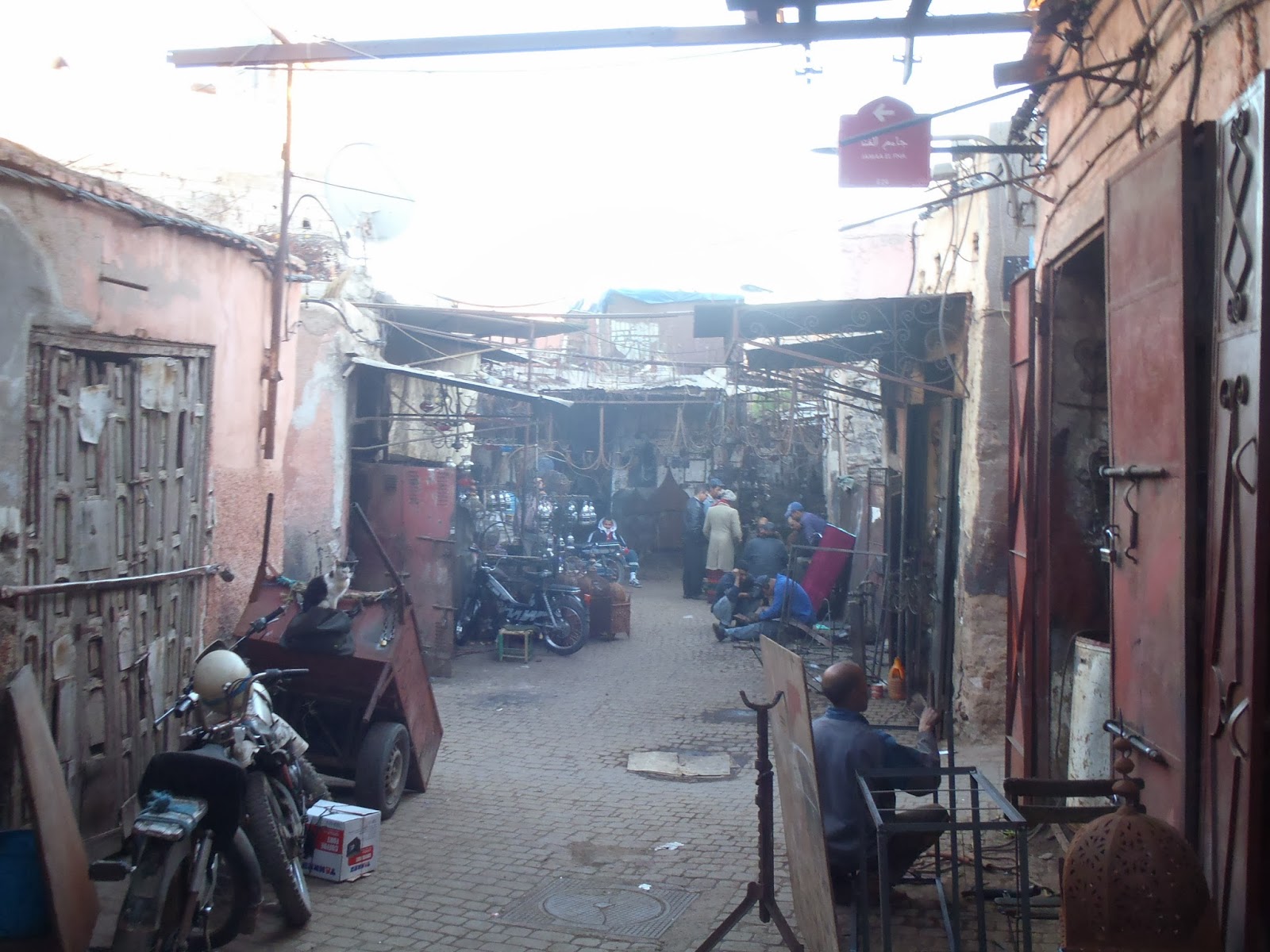 steampunk alive and well
in the medina

Jamaa el Fna square was also amusing for about an hour on our first night - storytellers and drum circles, fresh juice bars, snake charmers, whirling men dancing. The square and the medina both had an electricity about them that felt very similar to the east coast's ocean boardwalks at night. (If you've ever been, you will understand that feeling.) 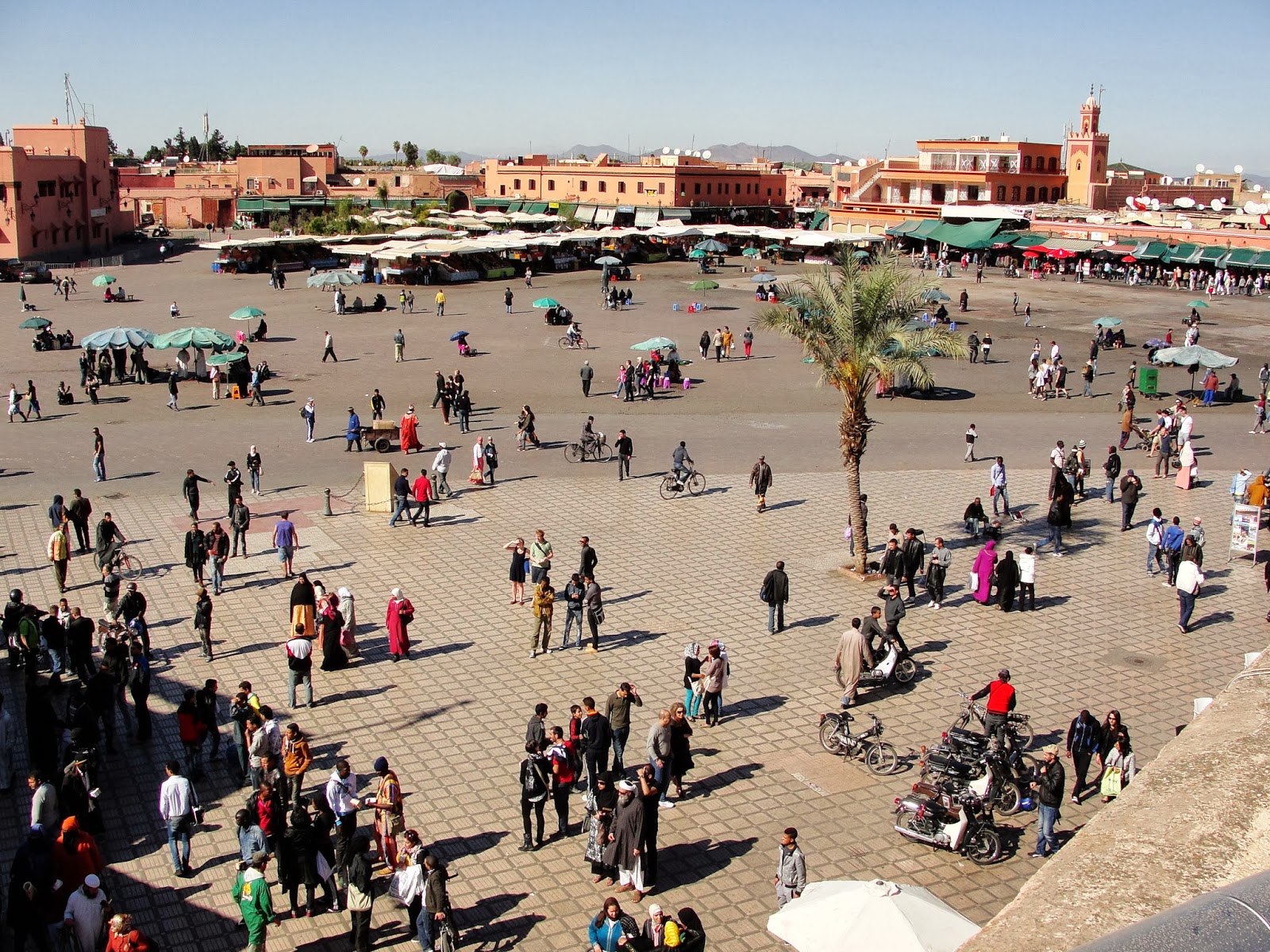 the square by day 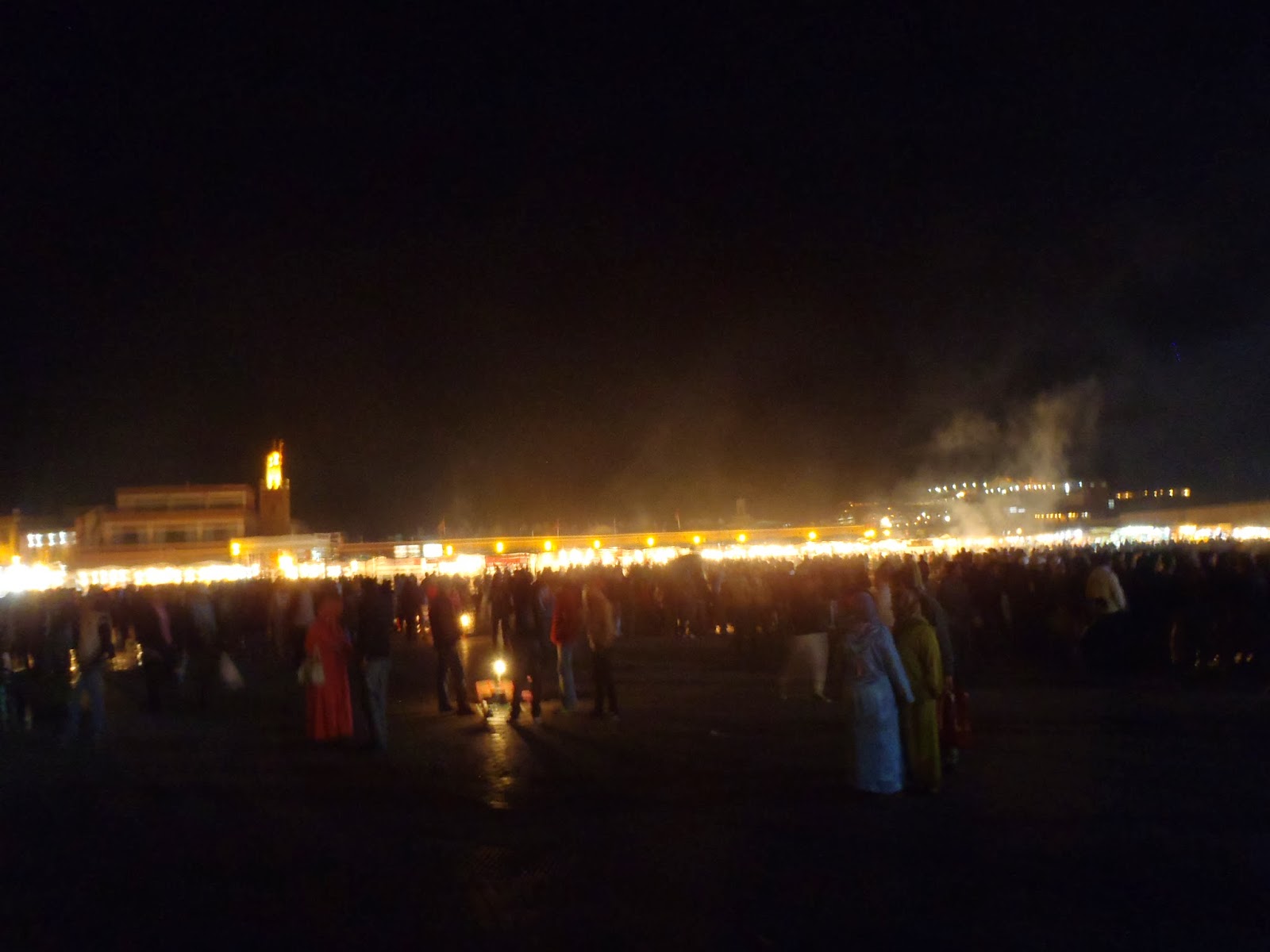 the square by night

After an hour, though, the charm of the square wore off and it all just felt fake. It didn't help that Patrick was offered hash just as often as Jen was offered henna - clearly these two things are why a lot of people visit these days. (We both repeatedly refused both; one woman even grabbed Jen's hand and started to paint it but a firm retraction and "LA SHUKRAN" prevented a probable heated argument about payment for services that weren't desired in the first place.)

It didn't help that the few people who struck up friendly conversation with us as we wandered around the square only wanted us to buy things, which resulted in us not wanting to talk to anyone who said hello to us.

And it certainly didn't help that the price you saw was not necessarily the price you would pay... We heard lots of stories about tourists who were charged double the written price for purchases. It seemed pretty unbelievable until we got shafted pretty hard on delicious chai tea our second night. And that was just tea! From that point on during our Moroccan travels we ate where the price of food was very clearly stated (and we paid in exact change whenever possible).

To be fair, we also heard stories of successful haggling, and if that's your idea of fun (or if you travel just to shop) then Marrakech is probably right up your alley.

We checked out a few city parks and the Saadian tombs the next day and got the hell out of Marrakech the day after that. Lots of people suggested the beach town of Essaouira as a low-key place to recover from Marrakech so we hopped on a Supr@tours bus and headed southwest. 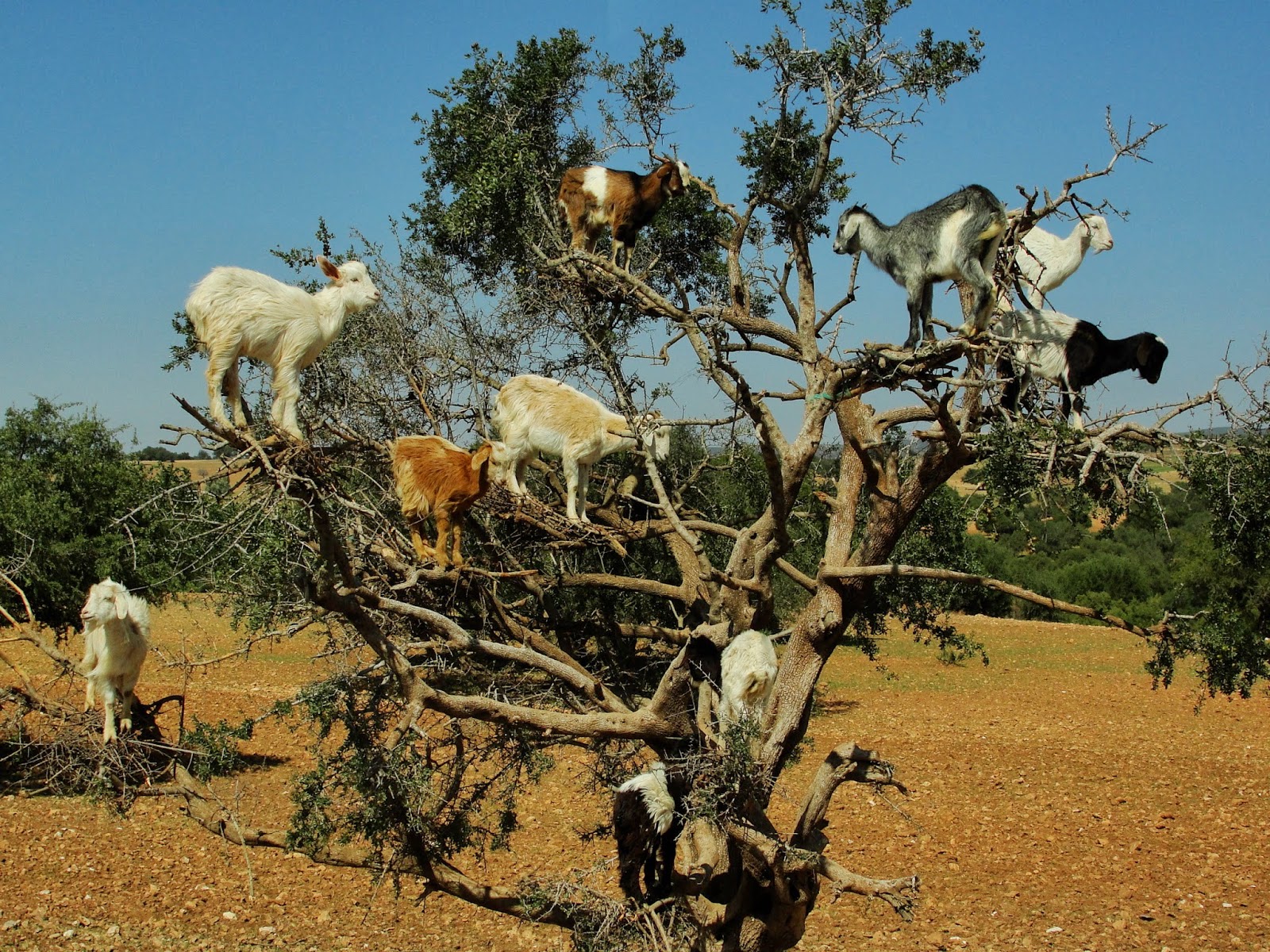 It's true that the vibe in Essaouira was pretty relaxed but there was still the boardwalk-like electricity in the air, and the constant feeling of mistrust in casual street conversation ("oh really, you have a brother in Washington/Vancouver, do you? ... oh, you just want us to buy something"), and the ongoing hash/henna offerings which just made me sad (this is why tourists come to this otherwise beautiful country that has so much more to offer? apparently many tourists also visit the next town known as "where Jimi Hendrix once stayed for a while"... "a while" being, like, 817 years ago... who cares? no wonder they just want to sell us hash and henna).

The beach itself was nice but windy, and not good for long periods of sitting. So we visited some neat Sultan ruins on the south side of the beach, watched a thousand soccer games, and took in some nice sunsets and good food. 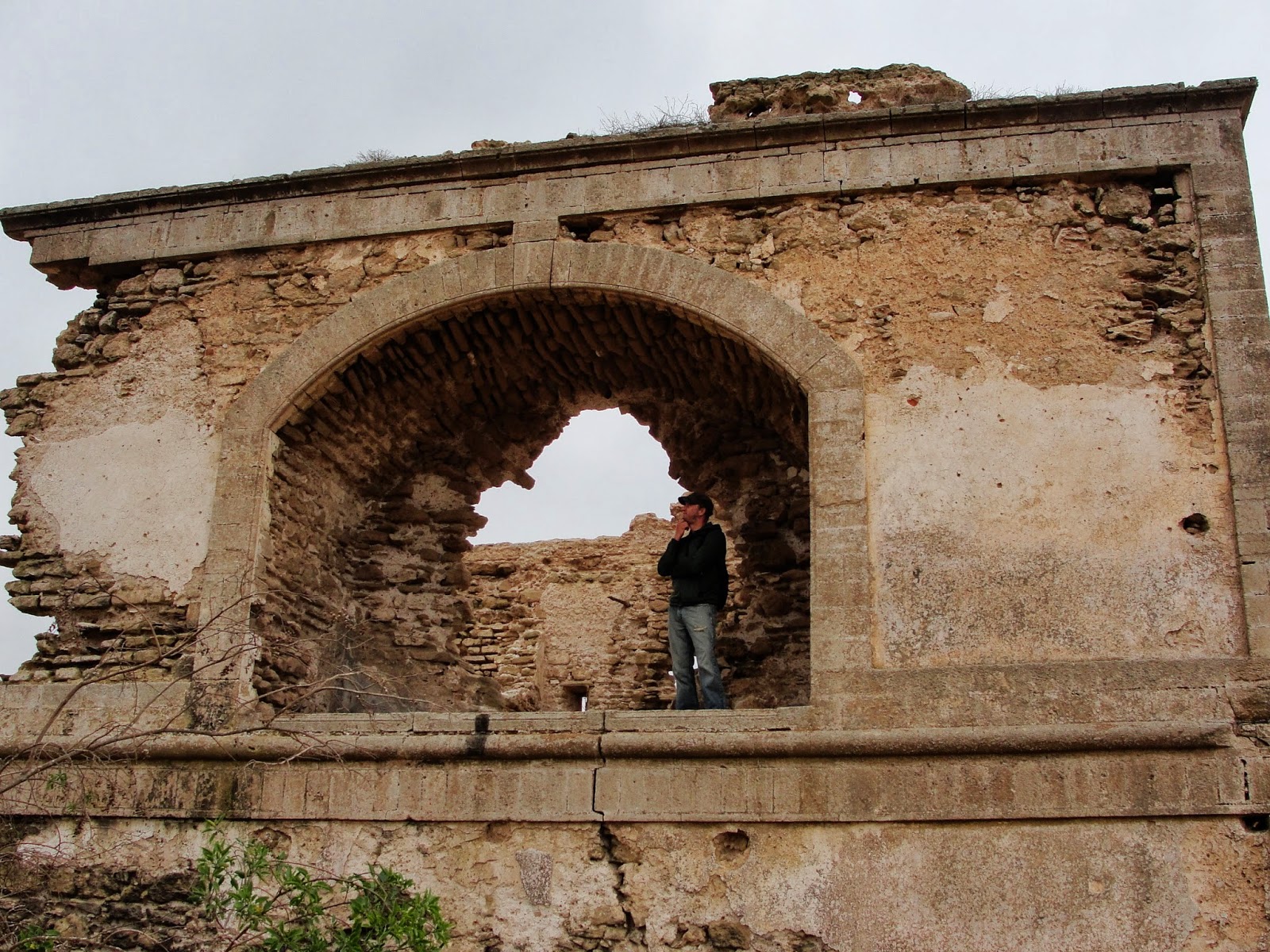 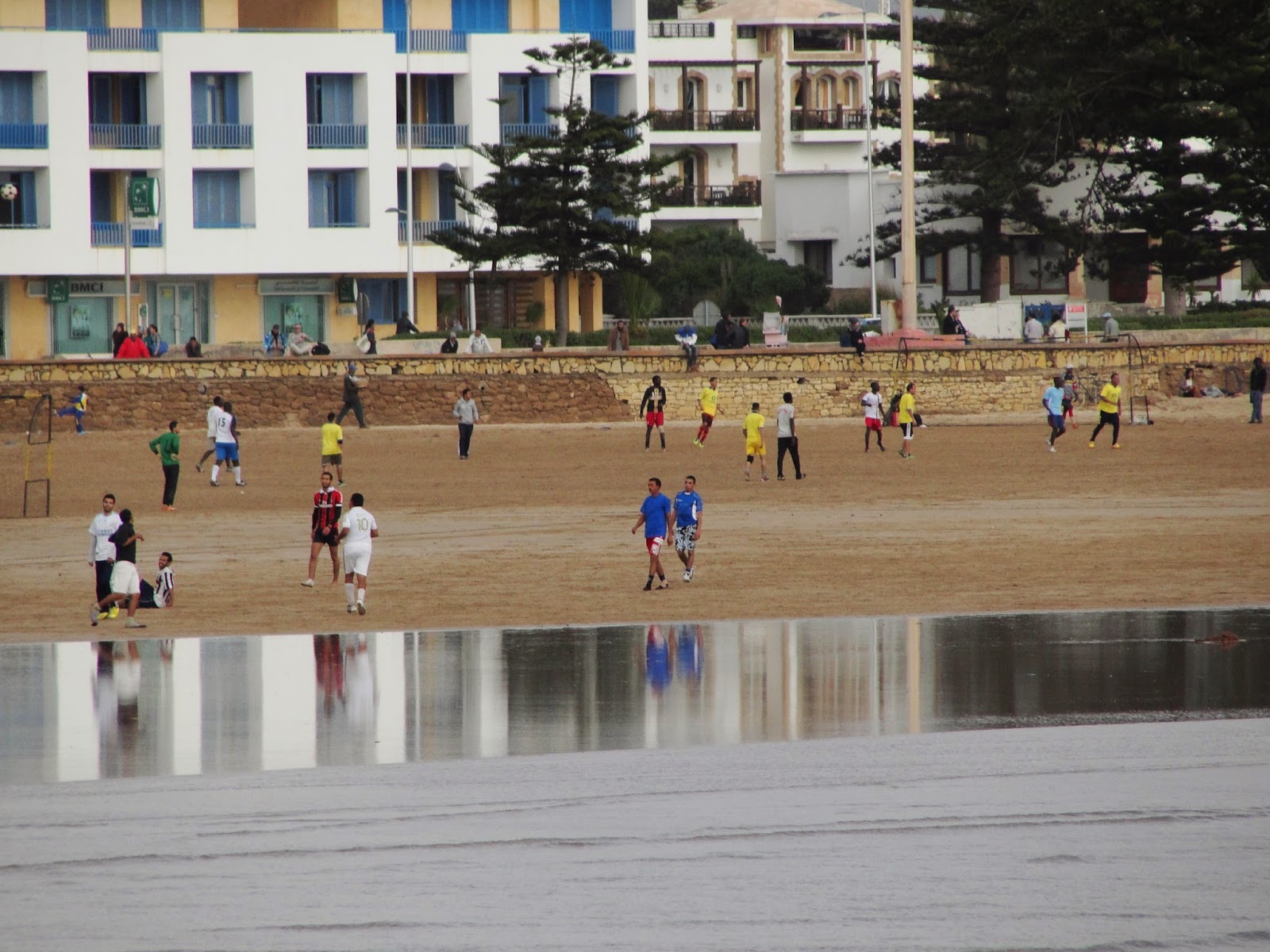 at least six games going at all times 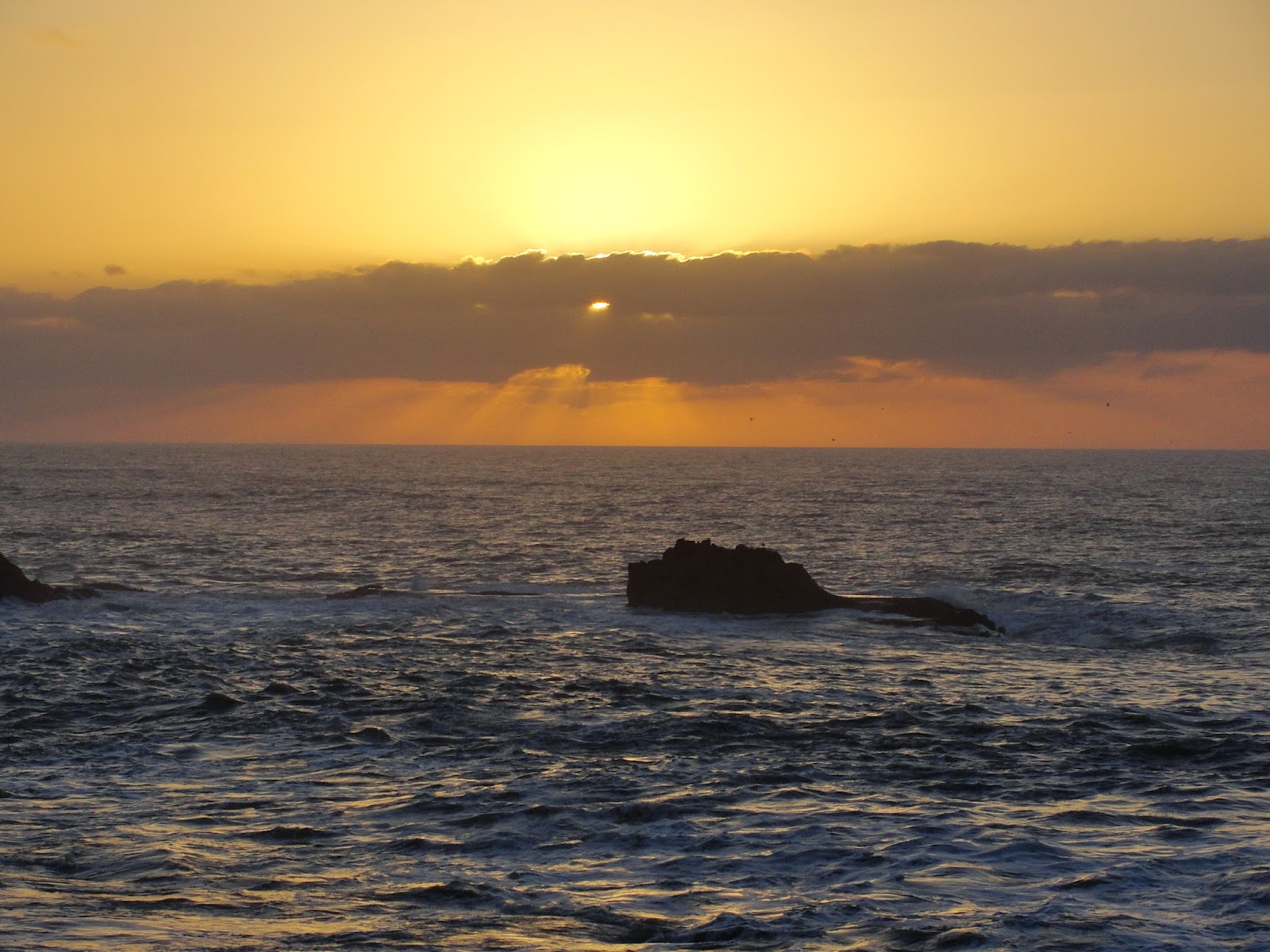 Marrakech lodging notes: Rainbow Marrakech was dark and loud and not exactly clean, but really colorful and centrally located with a great breakfast and the right price.

Essaouira lodging notes: the guys at Cloud Nine really make an effort to make sure you enjoy your stay at the hostel and in Essaouira. We skipped the communal meals because of the questionable state of the kitchen, but the room was just fine for the price.

And then Patrick got sick and then we headed for the desert... And that was pretty much our Moroccan coast adventure. Nature, please!
Posted by Jen
Email ThisBlogThis!Share to TwitterShare to FacebookShare to Pinterest
Labels: africa, morocco