Ždiar, also known as "all we saw of Slovakia."

Our Olomouc hostel bathroom had a poster for the "Ginger Monkey" hostel in Ždiar, Slovakia (right near the High Tatras which Patrick really wanted to visit). Whoever hung this strategically placed poster gets an A+ in marketing. We each saw the poster and discussed it for about 3 seconds before booking a couple of beds. A few seconds later we learned that two guys at our Olomouc hostel had worked at the Ginger Monkey for extended periods of time. They raved about Ždiar, saying if we went we wouldn't want to leave.

So after Krakow we went in search of Ždiar. And when we finally got there we extended our stay after just one night - it's just that kind of place.

Ždiar is a quiet, remote mountain town with a population of about 600 spread across 6km. It's a popular destination for Slovak and Polish mountain lovers, and most of the residents seem to have tourist businesses or work in tourist-related industries. Since our stay was between seasons, the town was especially quiet - exactly what we needed.

From town there are dozens of hiking trails within walking distance or via a short bus ride. We indulged in a few long, meandering walks along the town ridges and rivers, stopping for a few minutes or an hour to admire the views and just breathe. 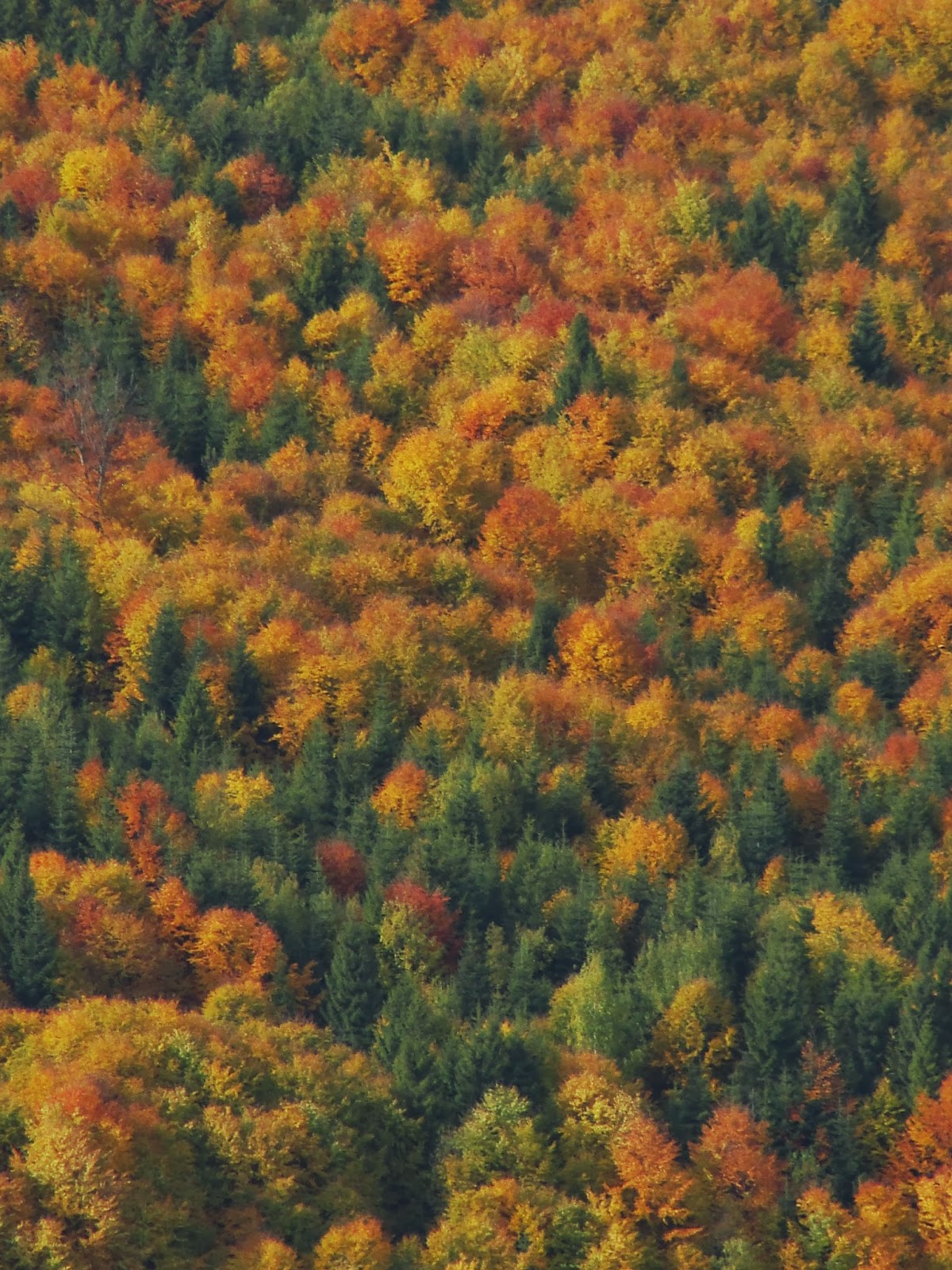 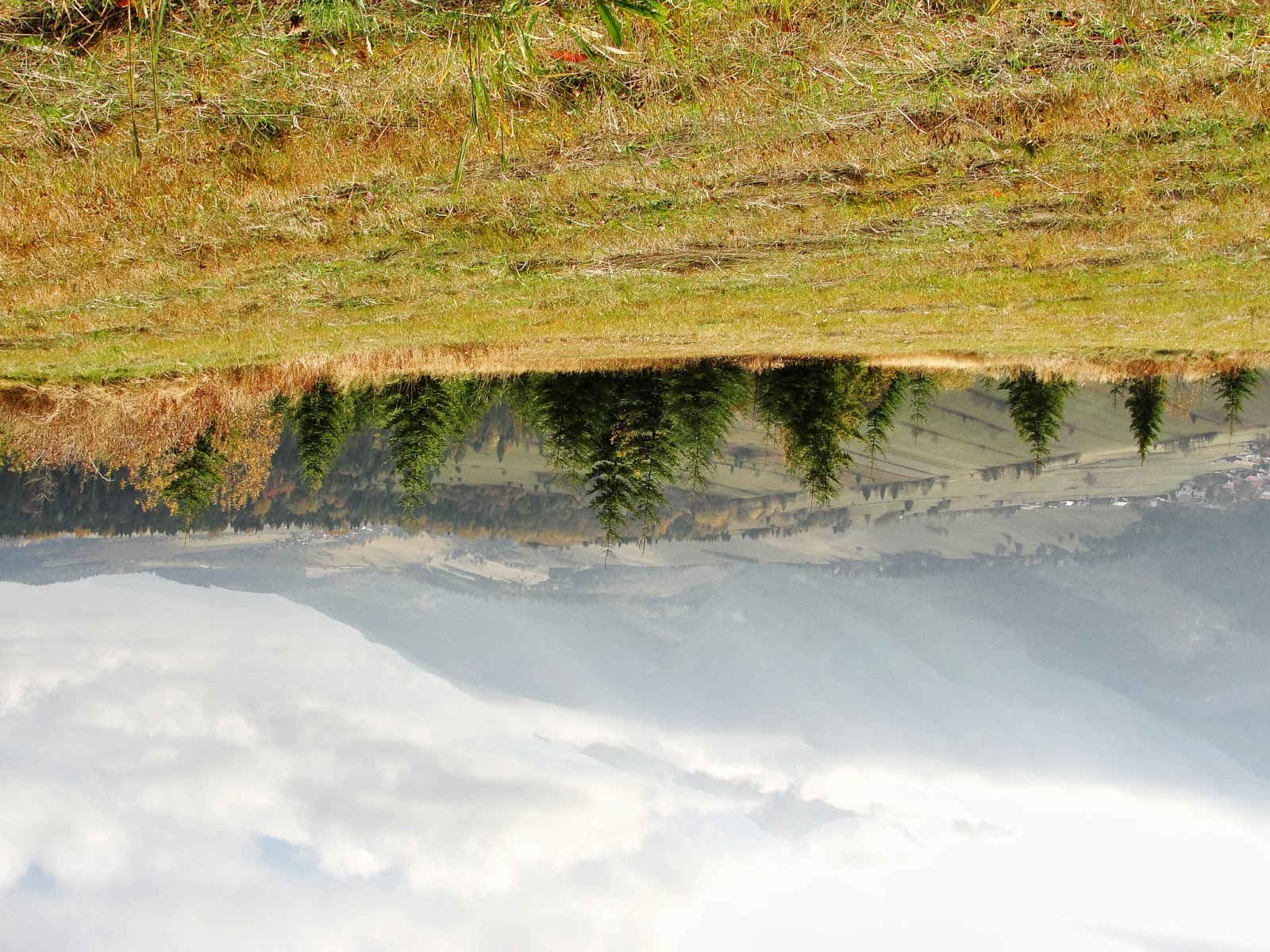 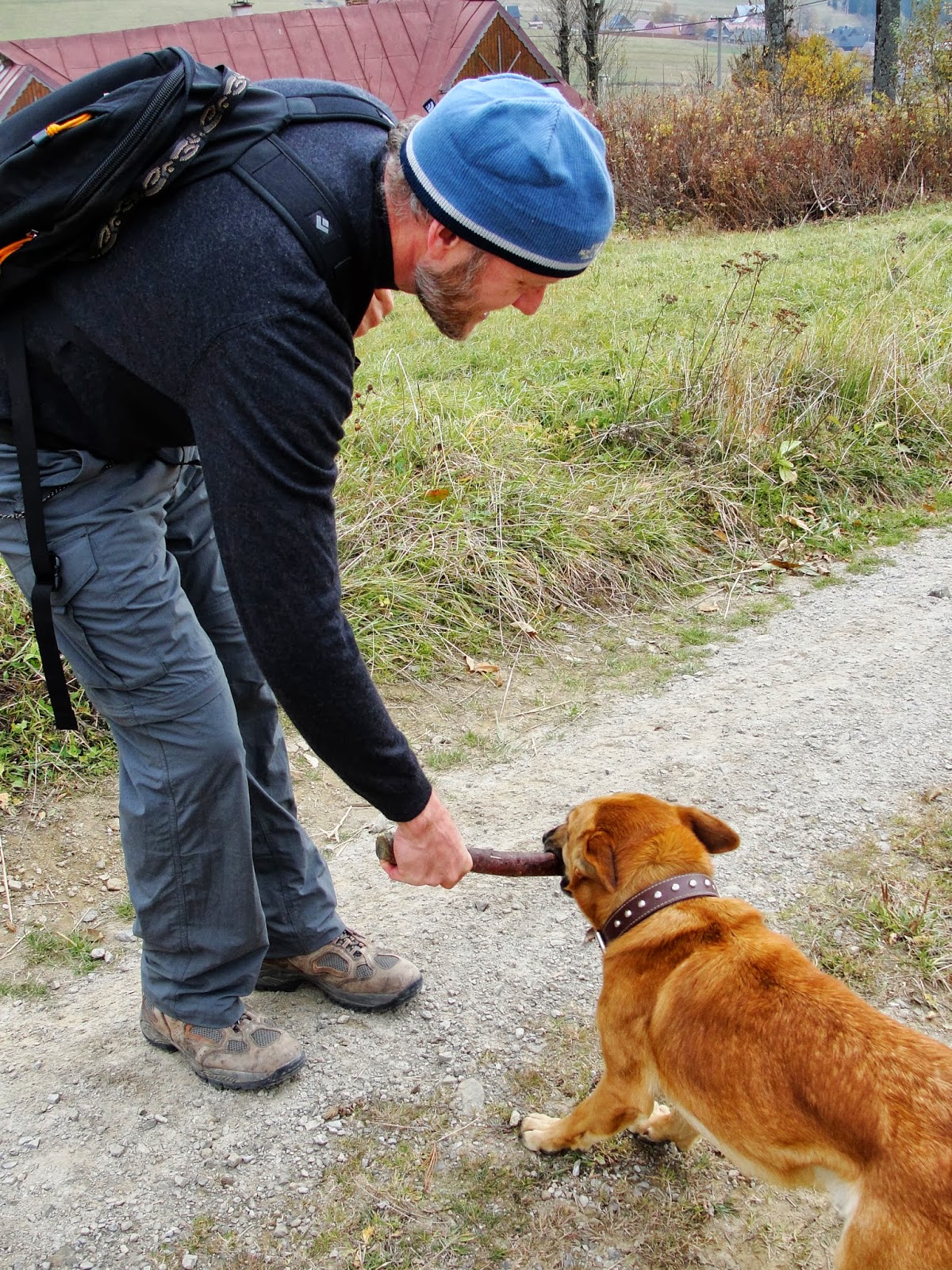 One day we undertook the "7 hour hike" up to a saddle in the peaks, then down to a few lakes and around to a mountain lodge. It turned out to be the clearest day of our visit and the views were truly stunning. 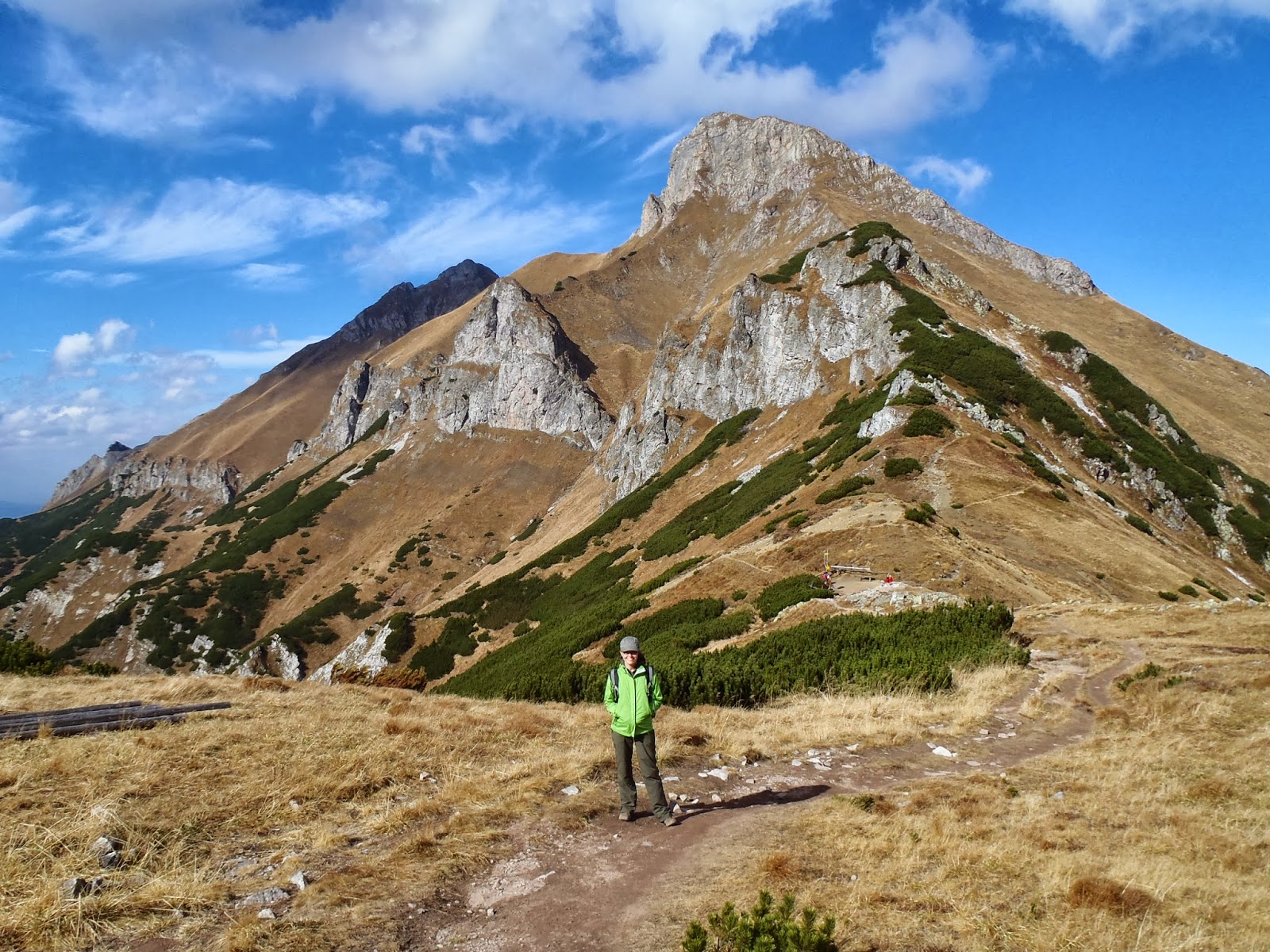 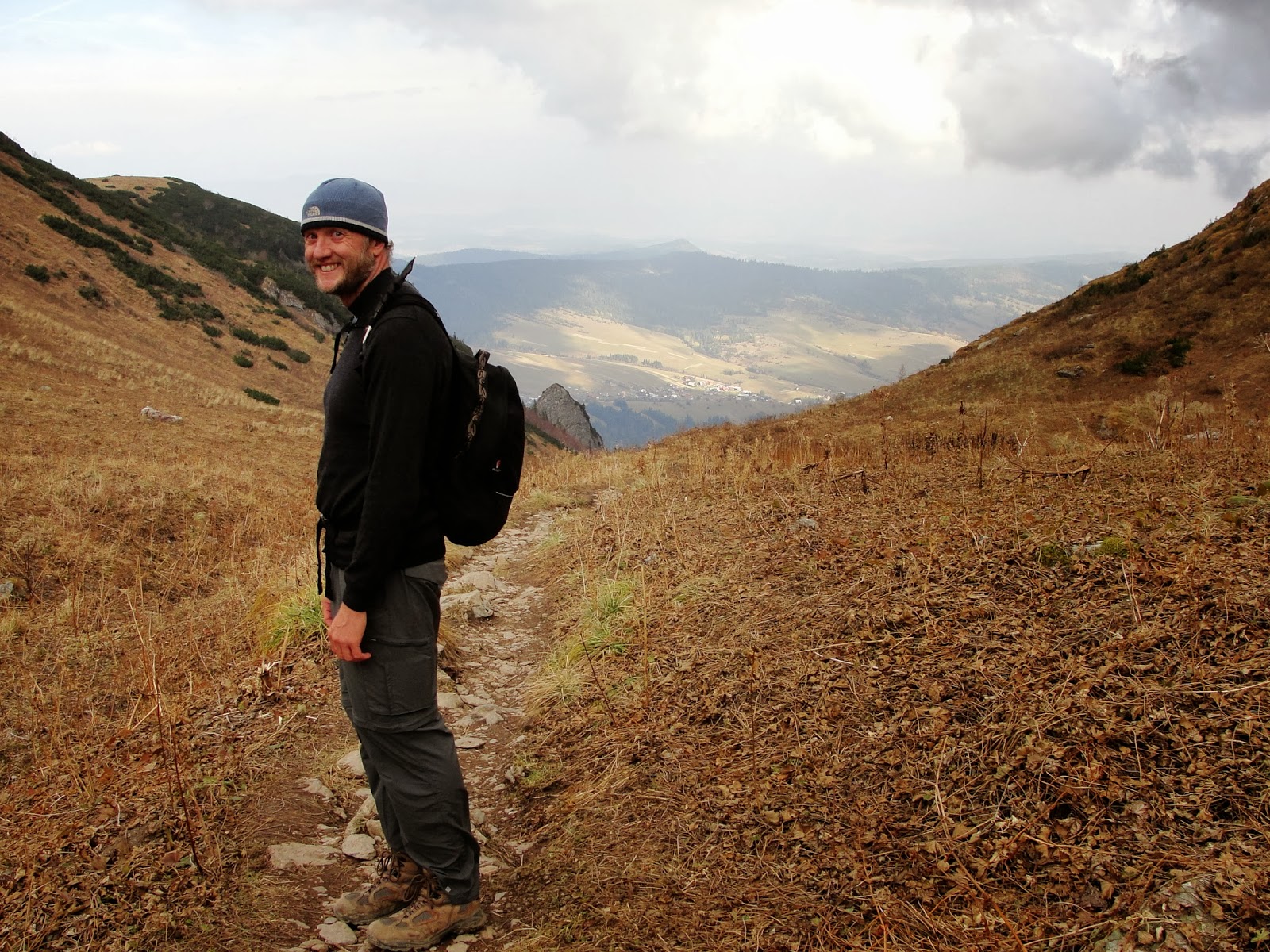 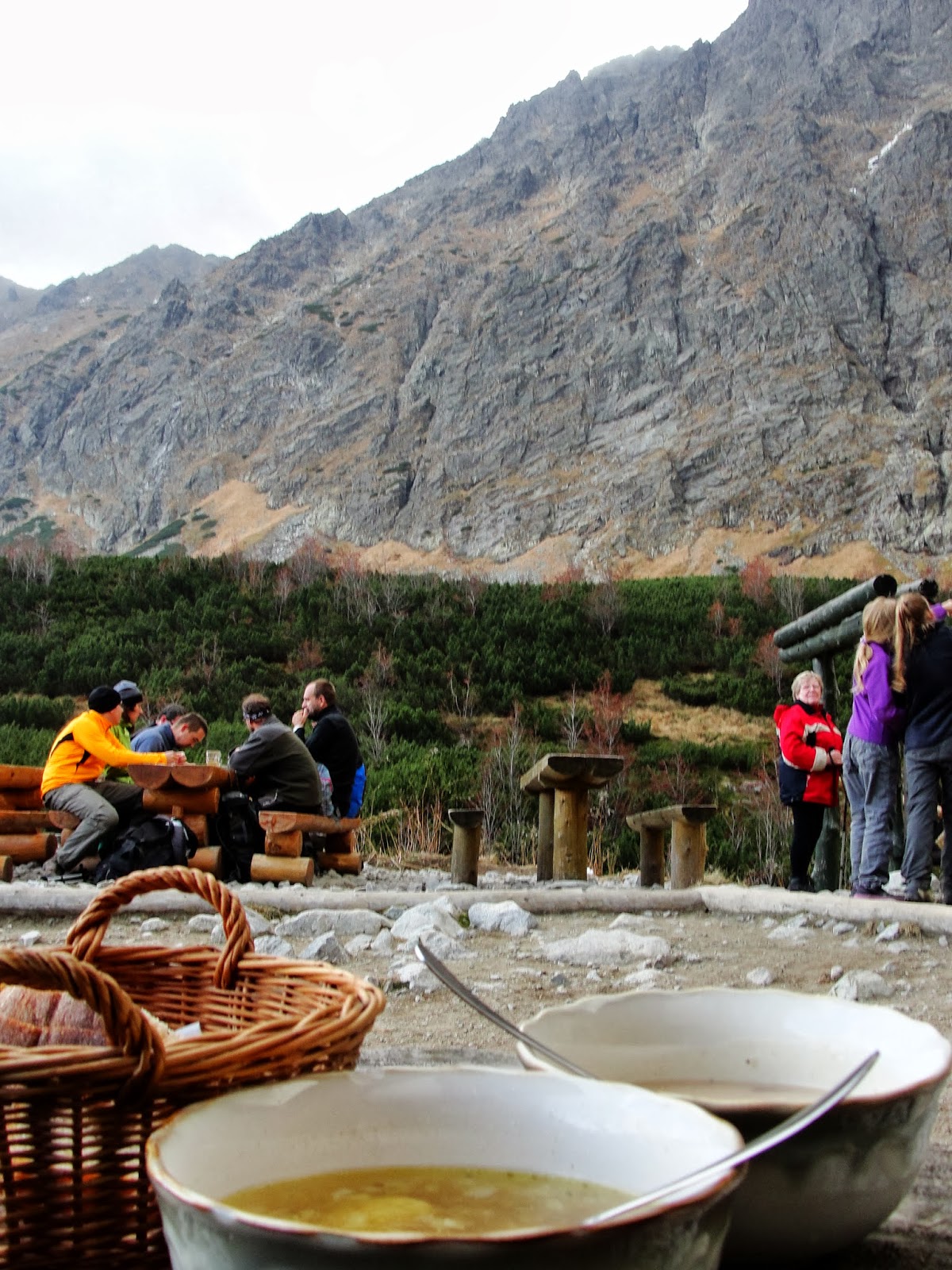 The lake at the chateau was just starting to freeze; later we would learn that it snowed a few days after we hiked the trail. Thank you, Universe, for wonderful timing.

Like it or not, logging is also a big industry in Ždiar. According to half of us, this is fine if it means more snow runs. The other half disagrees, but then again she also doesn't snowboard. 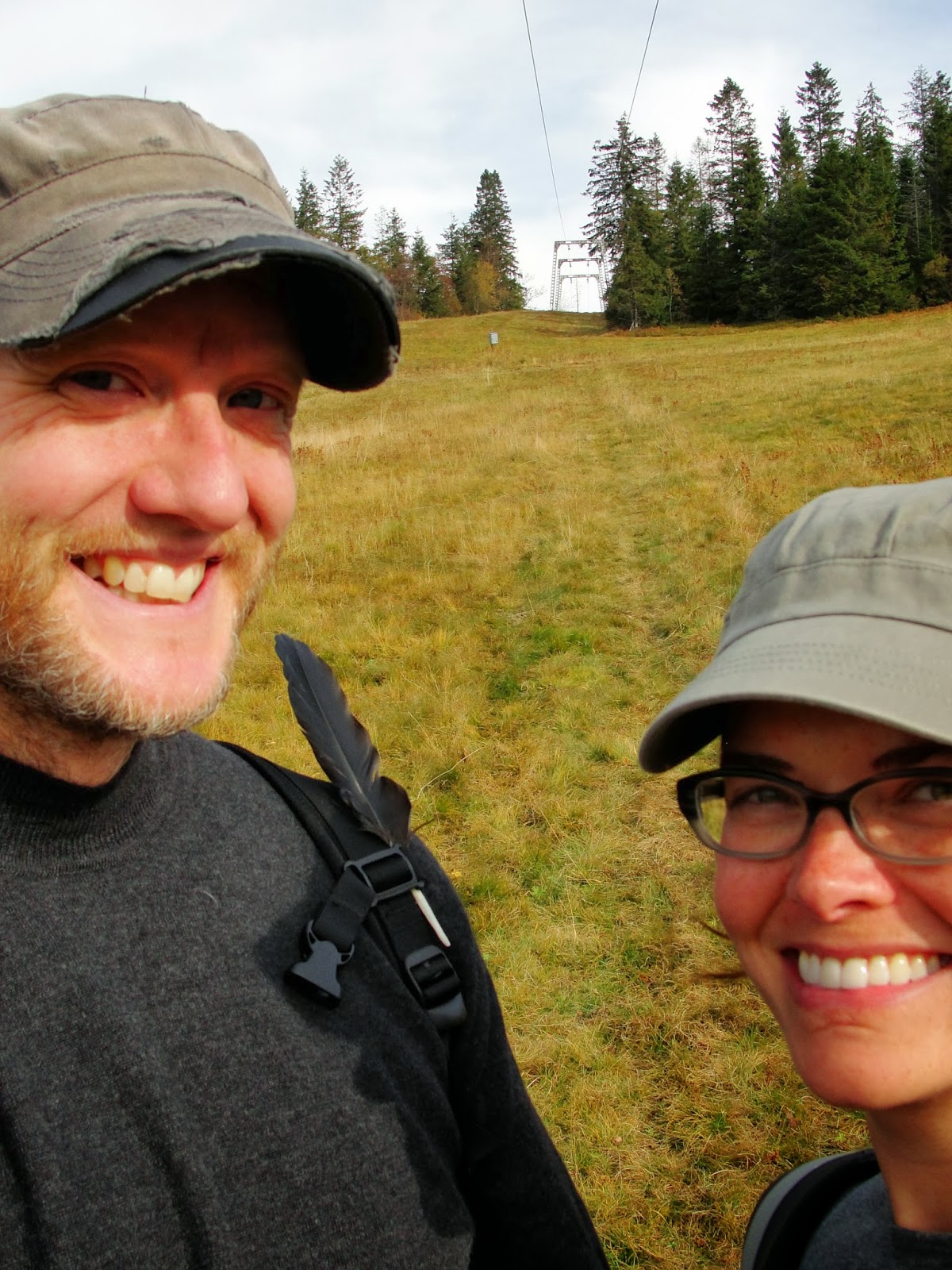 The couple manning the hostel was from Portland, OR and wanted to start their own farm, so we enjoyed Bridgetown reminiscing and sharing our WWOOF experiences. But otherwise we tried to keep to ourselves and just soak in the quiet of the mountains.

We did take one day trip to Levoča in search of the world's largest wood altar, only to find it closed for renovation. The church was otherwise beautiful and the town was calmly charming, but the detour was somewhat forced (we felt the need to explore outside of Ždiar at least one day, and this particular destination was the least difficult option). Between that and Jen's stress level overall (travel is hard!) it was a bit of a letdown trip. However! How many of you can say you've seen 650 year old murals in Levoča, Slovakia? So we've got that going for us. 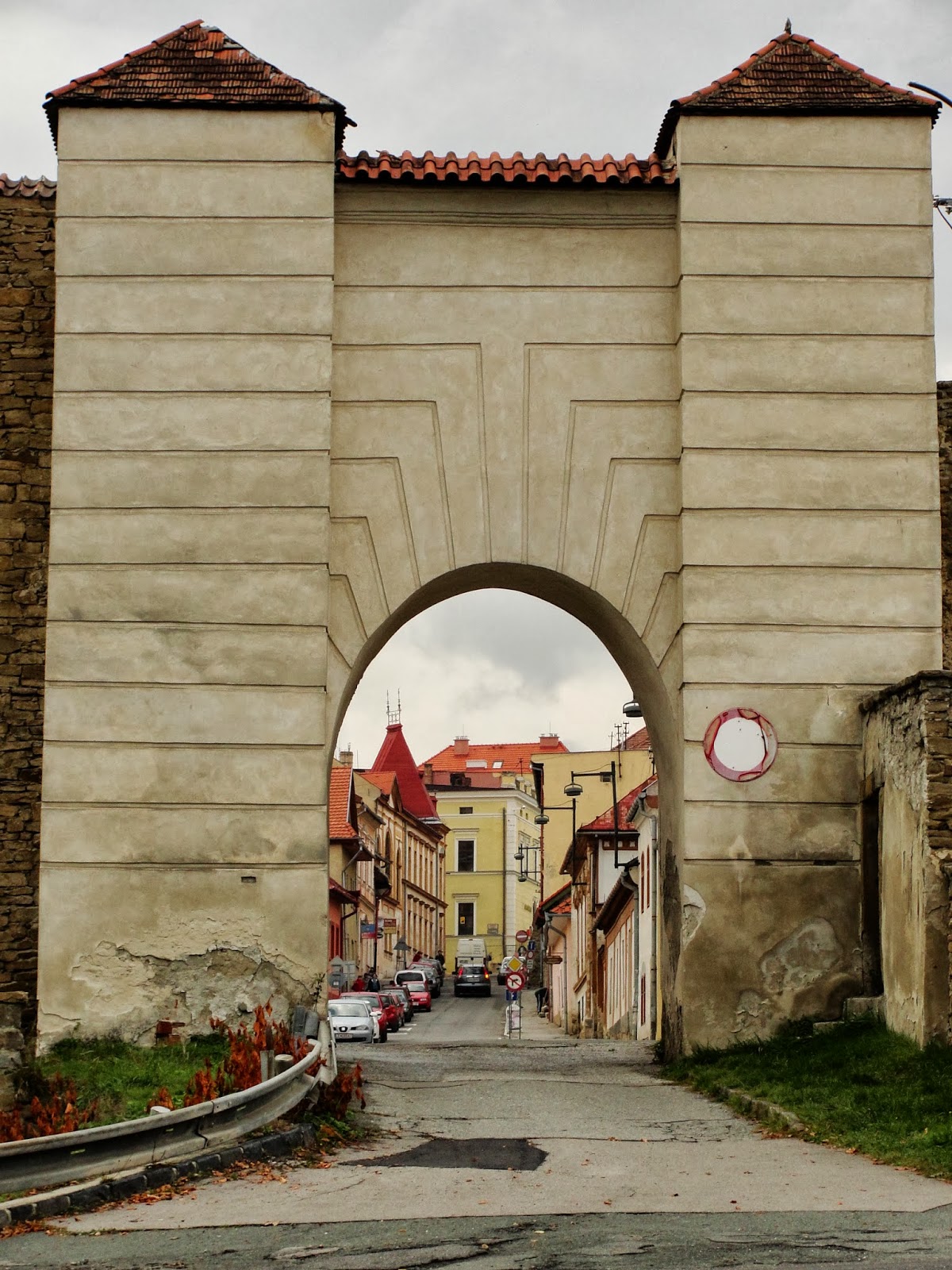 there, at least you've seen Levoča

Food notes - nothing special, other than wonderful sheep cheese pierogies and pork and dumplings from Pension Veronika.

Lodging notes - see above.  The Ginger Monkey was fine given that it was the only hostel option in town.  The rooms were roomy, the common area was cozy and the kitchen was well equipped.  (It would be lovely if they could fix the refrigerator and the shower heads though!)

We were given great Slovakia recommendations from friends, and even had the opportunity to meet up with them in Bratislava, but honestly we just didn't have the mental or physical energy for more days of crazy travel. So we kept to our original plan, holed up for a while and then headed east to Budapest after Ždiar. We're grateful for those five mountain days, and we hope to keep that low-key mentality going forward, no matter what city we're in at the time.

________________
As an aside... As with everywhere else we tried to learn basic phrases and managed to get a few smiles out of the Ždiar bus drivers and the ladies who worked at the markets. There were a lot of penzions but ours was the only hostel in town; some of the hostel guests mentioned that the locals weren't terribly friendly. We have heard this several times on this trip already. Welllll, let's think about it. In Ždiar there were 10 rambunctious Aussies the night we arrived; a handful of obnoxious-to-us young travelers arrived the last few nights of our stay; hoardes of English-speaking ski bums have flocked there in the winter. How many of them bothered to learn a few Slovakian words? How many buy anything other than loads of alcohol from the markets (while marveling at how cheap everything is)? Gosh, we can't imagine why the locals aren't keen on hostel guests. Our pricey taxi driver even smirked when we told him where we were staying. There is a Friday five on how to not piss off the locals coming one day very soon...

That said, we're sure we offend people left and right (we're still not entirely sure how to pronounce "Ždiar", for example! "ja-deahr" is as close as we can get) but at least we try and it seems to count for something.
Posted by Slowly Global
Email ThisBlogThis!Share to TwitterShare to FacebookShare to Pinterest
Labels: central europe, life on the road, slovakia