If you're going to Białowieża National Park...

In honor of the mountains we finally reached yesterday and the national park we couldn't figure out how to get to in Krakow, here are some tips if you ever plan to visit Białowieża National Park, the oldest forest in Europe and one for the UNESCO World Heritage list.

This probably won't be very interesting for anyone else.  Consider ye warned!

1. As of September 2013, there was one nonstop bus from Warszawa Zachodnia bus station running daily at 1420, arriving at 1930 or so. Other bus and train options ran more frequently but required at least two transfers. It was only our fourth day in Poland and we hadn't even mastered "please" and "thank you" yet, so we opted for the nonstop straightforward approach there. 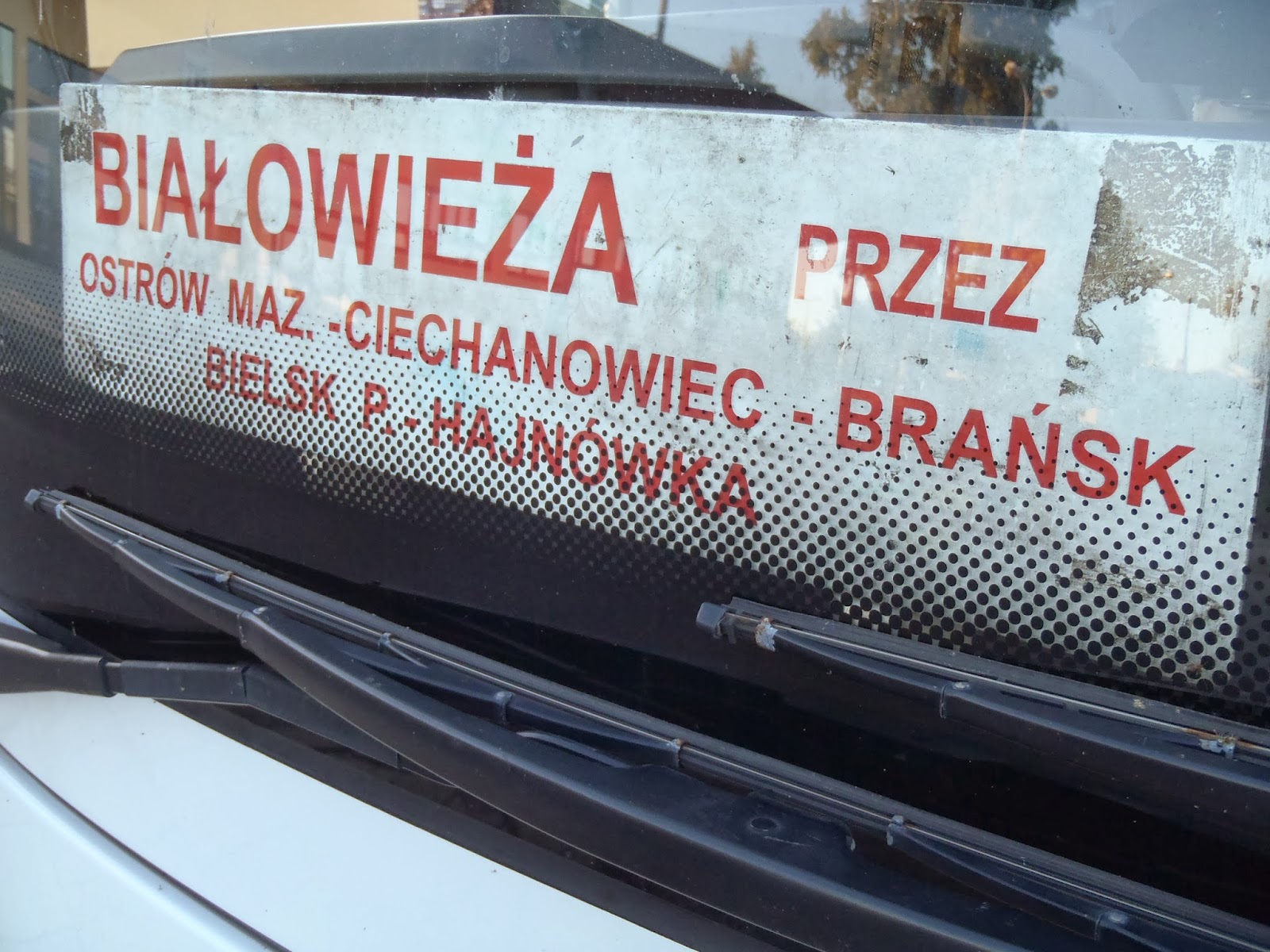 The nonstop bus ended up being about 45zl per person, just 5zl (~$1.60) more than the other options - a good investment.

However, as of September 2013 the nonstop bus from Białowieża back to Warsaw left at some ridiculous time like 0500 and we weren't clear where the starting point was, so we figured it would be easier to wing it on our way back to Warsaw.  We were mostly right - just grab a bus from Białowieża to the Hajnowka train station (see #2), catch a small train to Siedlce (if you just see one car at Hajnowka, that's probably your train), then another train to Warsaw.  Piece of cake.

Side tip #1: The info center on the main strip in Hajnowka can help you with timetables because there isn't a whole lot of wifi in Białowieża.  They may or may not speak English but they were very nice when we were there; they will print out the schedules and try their best to help you.  There is also a Biedronka and a small street market just a few blocks from the info center if you need groceries for the journey.


Side tip #2: Bring headphones for the ride. The bus to Białowieża goes through tiny villages and the countryside is really lovely, with farm houses lining the roads for kilometers, but the bus driver is likely to be playing horrible American pop music for five hours straight. Richard Marx, Lionel Richie, and Katy Perry until your ears bleed and you want to scream. Yes, headphones are a must!

2. If you stay near the park, do your research on where to get off the bus and how to get the train back to Warsaw. This is definitely not a major transit hub.

And if you don't know where you're going, ask for help - writing things down and pointing confusedly seems to work well, but it was easy for us to find people who spoke English too. Some nice women on the bus helped us find the right stop; we found our room thanks to youth hanging out in the village; on our return trip to Warsaw a man in the village helped us figure out the bus cost; and two older ladies helped us find the train station in Hajnowka (one of them actually walked us five blocks out of her way in the rain to point us in the right direction).

3. Find other English speakers to take the national park tour with you. Because of its preservation status, you can only enter the park with a guide. Polish speakers can get a guide for a handful of zloty, but English guides cost close to 200zl total (yay for "tourist tax"!) - we almost didn't sign up because of the cost but eventually acknowledged that it was probably one if those once-in-a-lifetime things... Four others signed up too, so our $66 tour ended up being $22. (Another pair on the tour was from Oregon - is there no escape from these crazy PNWers?!)

Regardless of the cost, though, the tour is totally worth it. You'll get to see a bazillion species of ancient trees untouched by man for hundreds of years (we saw one tree that fell 30 years ago and was barely decomposing); you'll hear a hundred different species of birds; you'll see a wild boar or two if you're lucky (we saw one!); and you'll pass an unexpected and sobering WWII memorial. 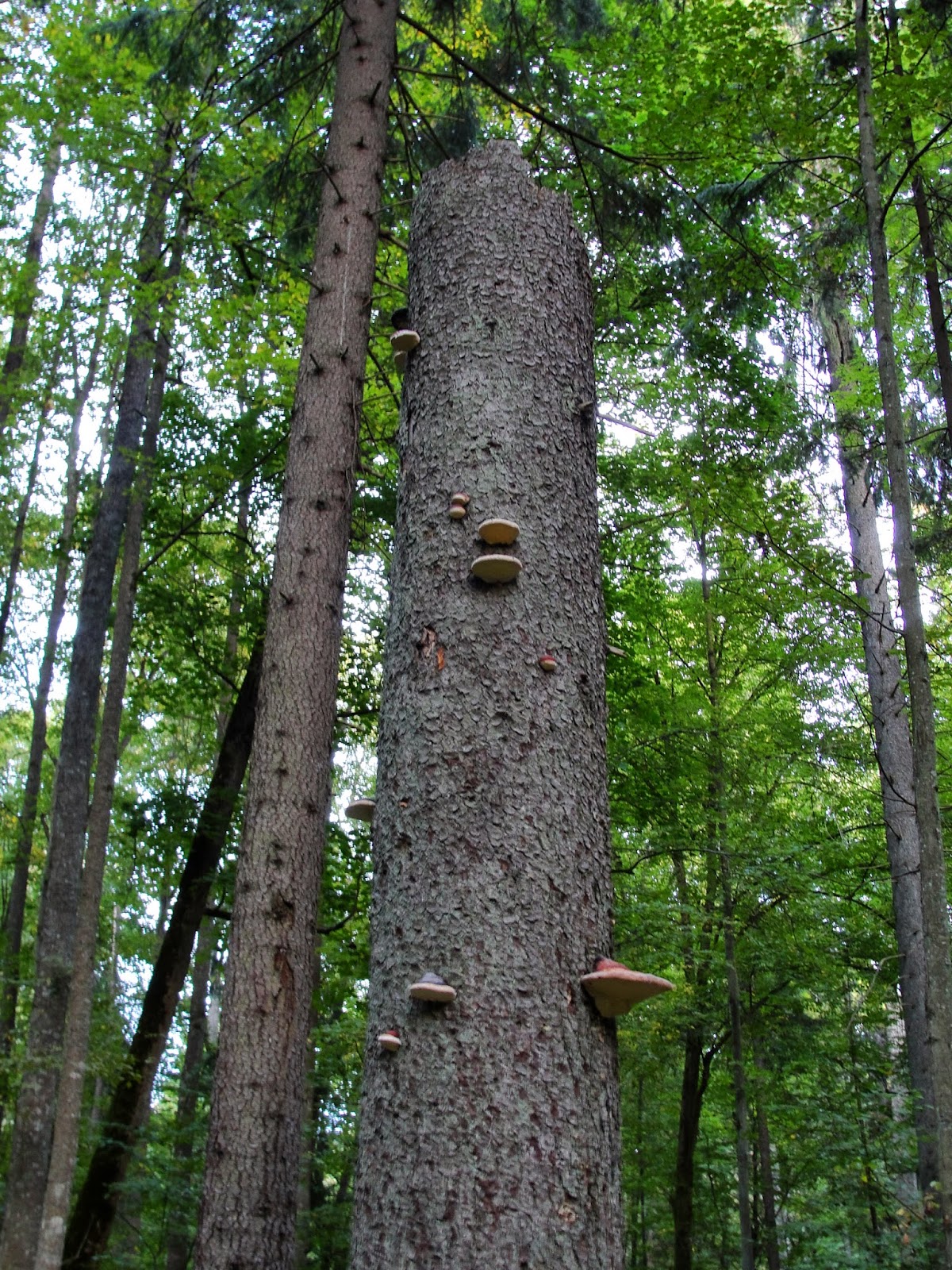 4. If you have planned on cooking your own meals but your room only has a kettle and two small mugs, never fear! There is a grocery store where the road forks just as you come into Białowieża village. It sells all the staples including rice noodles AND it even has dried soy products! This was our first spotting of dried soy and words cannot express how excited I was. Most grocery stores in Portland don't even sell it! Just add hot water and spices, stir, and enjoy. 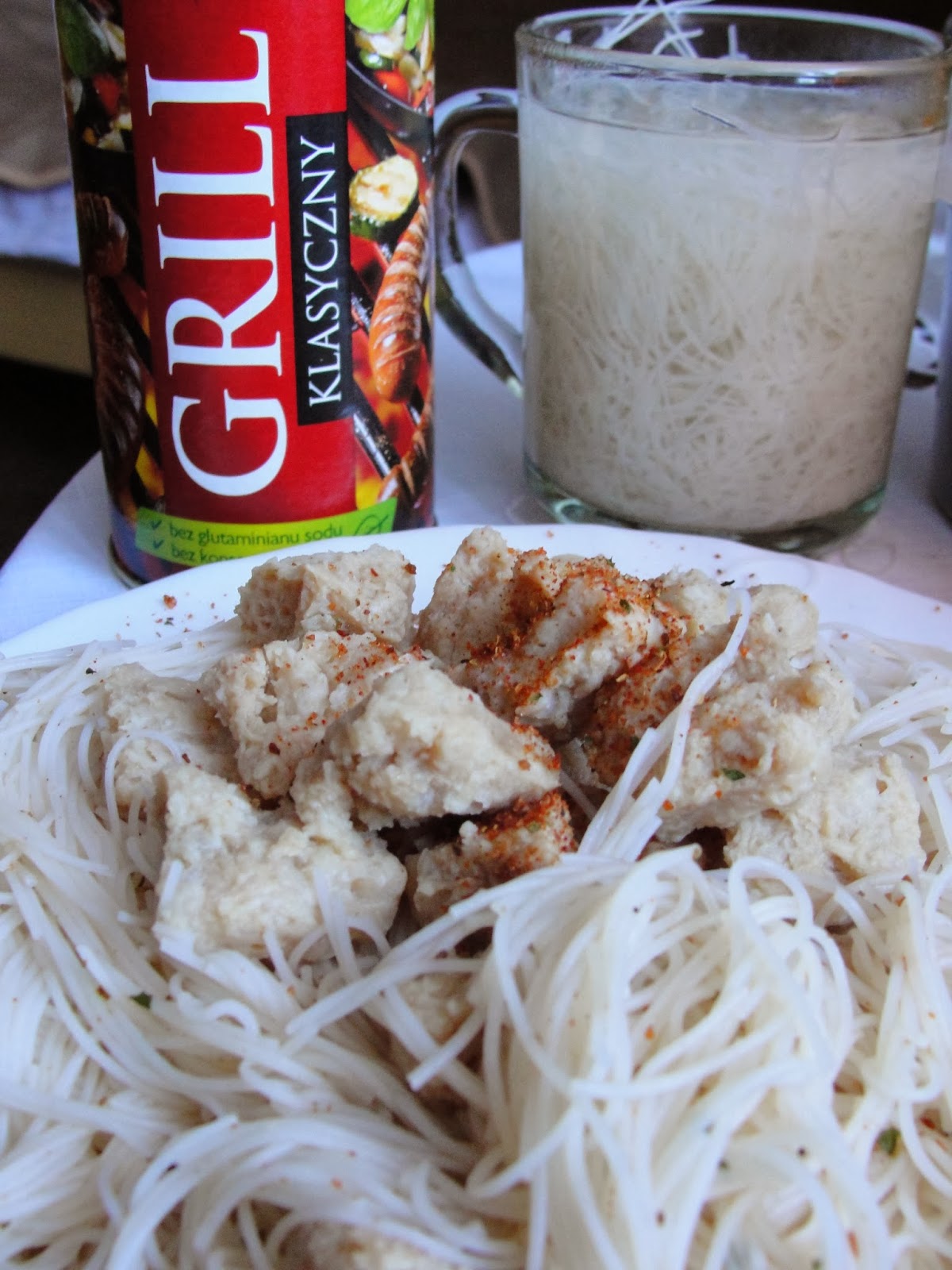 well...
perhaps "enjoy" is too strong of a word
how about "it'll do"

5. Wander a bit while you're in Białowieża.  Along with visiting the park, we hiked an entire day along the bike trails to see Miejsce Mocy (an old Slavic "power circle"), beautiful forests, and replicas of old school beekeeping. We spent half a day just wandering around the village and ran into a nice Polish couple at Walizka Cafe who recommended this amazing Lithuanian beer.  (The cafe was pretty awesome, and has free wifi too!)

We also checked out the bison breeding reserve and felt a little guilty doing so - it's goal is admirable and it was awesome to see our bison friends' European counterparts, but the place felt much more like a zoo than a reserve. 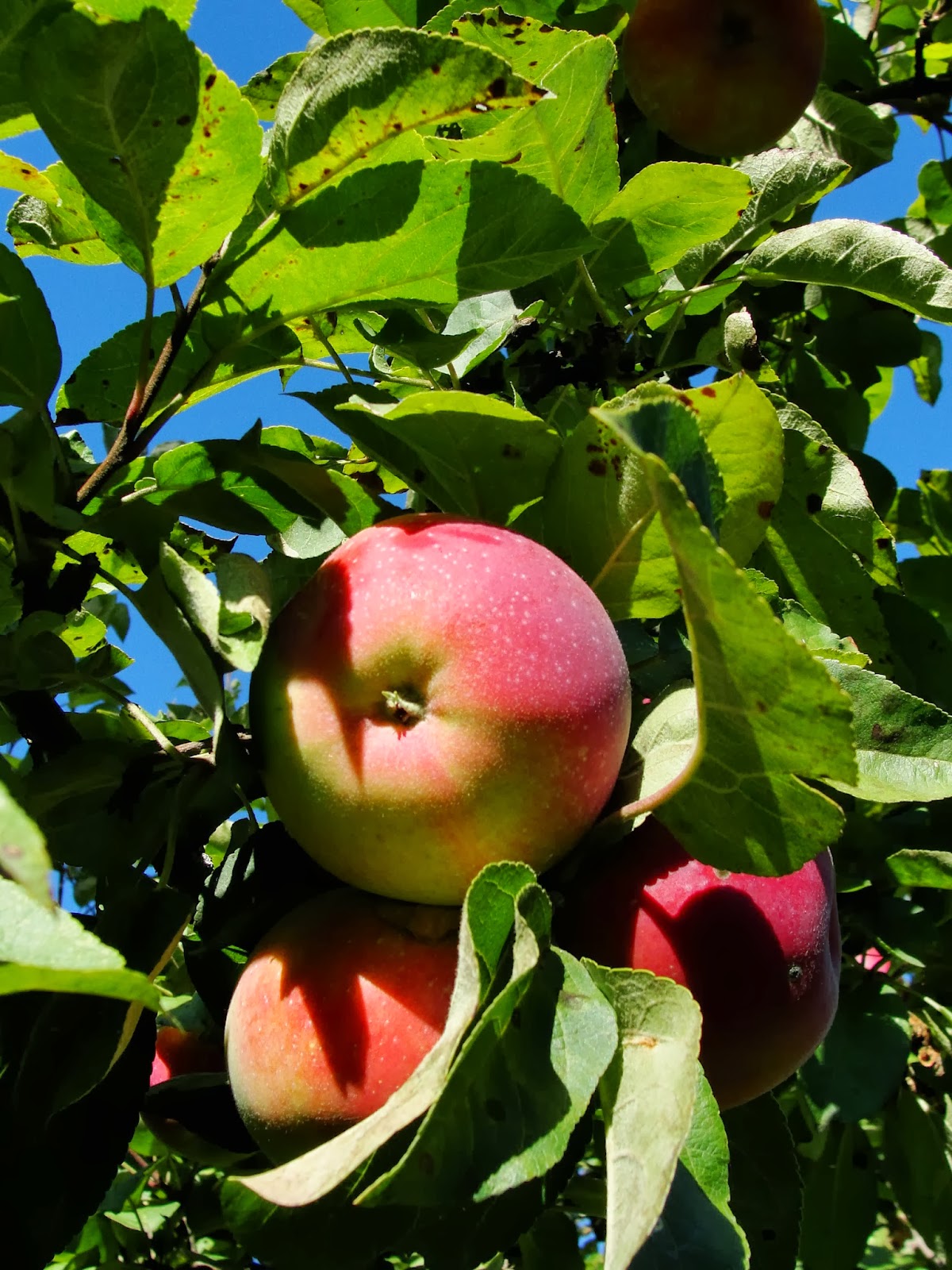 and Maria gave us apples from her tree

Białowieża was a lovely break from the city. Many more of those to come, we hope! For now back to Warsaw and then...?
Posted by Slowly Global
Email ThisBlogThis!Share to TwitterShare to FacebookShare to Pinterest
Labels: central europe, poland