A common question before we left was, "why Poland?"  There are several answers...  Jen had heard stories from friends who visited and fell in love with the country, so it's been on her list for years. Both of us knew some of the history and wanted to learn more from a non-US perspective. In all honesty, we knew we wanted to visit Central Europe and the NYC-Warsaw flight was fairly inexpensive. But it was mostly curiosity that drew us to Poland: how could a country that had been through so much, keep carrying on?

First stop: Warsaw. Warszawa ("var sava"), Poland's capital and largest city, has been taken over again and again throughout history (which we didn't really know), and was almost completely destroyed during WWII (we did know this). Today it's a beautiful maze of historic (reconstructed) buildings, communist-era housing intermixed with new "high scraper" office complexes, and lush, well maintained green spaces.

Over three full days in the city we absorbed as much as possible: the excellent Warsaw Uprising museum, the Jewish cemetery and Jewish ghetto areas, beautiful Park Lazienkowski and Park Ujazdowski near the Royal Route, Saxon Garden where Chopin used to hang out, Park Odkrywcow for fun with sound, the grittier Praga district, and of course the bridges. (We ARE from Portland, after all.)

The highlight was definitely the Warsaw Uprising museum. Weaving our way through hundreds of relics from, and stories about, almost 60 days in the fall of 1944 when thousands of Poles rose up against the Nazi regime in an attempt to reclaim their city... How did our US history classes gloss over this? Making weapons from scraps, eeking out food rations for the army, hiking through sewers - this was the resolve about which we had been so curious. Even Ronald Reagan acknowledged the importance of this movement on its 40th anniversary (possibly the first and only time we have ever agreed with him).

Walking around downtown, it's difficult to forget the city's recent history - monuments to the Warsaw Uprising and various other WWII mementos are everywhere. Yet it's almost impossible to believe that the war was just 65 years ago. Aside from what may be bullet holes on tombstones in the Jewish cemetery, there's not much evidence that 85 percent of the city was demolished. At least, not to our eyes.

It's easier to see that communism ended almost 25 years ago. Rows and rows of square housing units still stand but have been painted bright colors. Billboards and shiny "high -scrapers" have taken over the main streets but drab buildings still stand in their shadows. You definitely get a different vibe from the older and younger generations.

But the younger generations seem to have that same resolve. One afternoon we watched a growing group of protesters seeking fair pay for justice workers. Large, detailed political murals grace buildings all over town. Polish pride practically dripped off our young guide during the Old Town walking tour. And Poland's governmental actions over the past 20 years have generally been commendable.

As an aside, we'd read that Central Europeans were somewhat standoffish; for the most part, the Varsavians we encountered were very friendly. We tried to learn the basic essential phrases (hello, please, thank you, excuse me) which may have helped. One older gentleman working at the tram station went out of his way to help us purchase a ticket and we almost stopped by on the way home to thank him again (and show him that we made it to and from our destination successfully). We even had a lively but incomprehensible conversation with an older woman at her fruit stand one evening - after she learned that we spoke English, she continued to talk to us in Polish for several minutes. (Something about the UK... and pink... we think??) Nothing to do in that situation other than nod, smile, laugh, and buy some of her delicious fruit!

Everyone touts Krakow as Poland's gem,  and we have no doubt that we will love that city, but we're glad Warsaw was our intro to this beautiful country.  Out of curiosity a while back, we'd asked friends what came to mind when they heard "Warsaw" and all the answers evoked a somber mood.  Our walking tour guide asked a similar question before starting our tour; several people responded with answers including the words "gray," "worn," "cold".  There were definitely somber undertones everywhere we went, even if it was just us chastising ourselves for complaining about being tired or hungry (you think YOU'RE tired and hungry?) but the brightness of the city even on overcast days overwrote the undertones.  If that makes any sense. 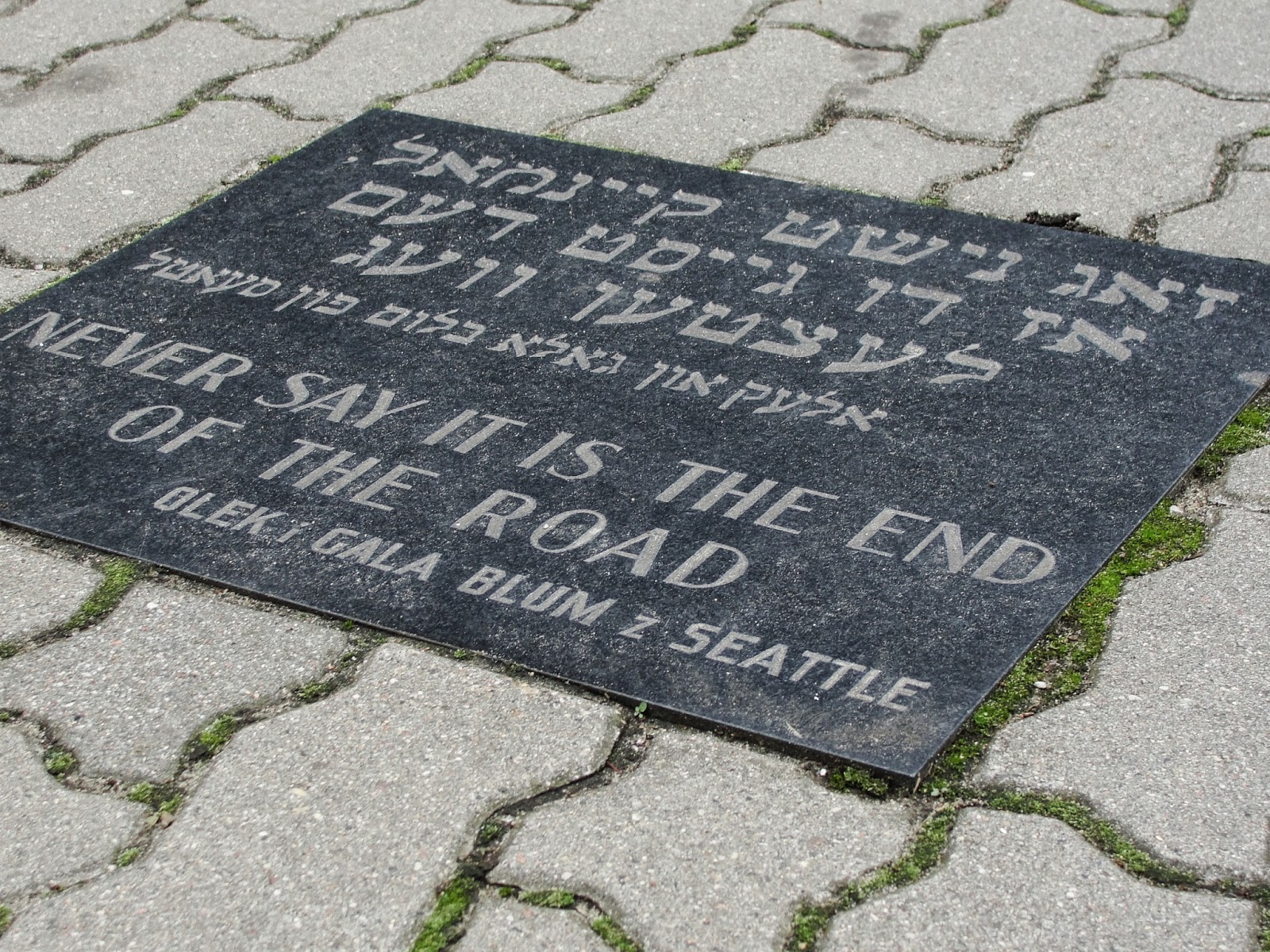 Next stop: Bialowieza National Forest for a little R&R... in a primeval forest with free roaming European bison. This adventure just keeps getting better.
Posted by Slowly Global
Email ThisBlogThis!Share to TwitterShare to FacebookShare to Pinterest
Labels: central europe, poland