Hey, remember when we were in Toronto?

Once in a while something in our current place jogs a memory of a prior location. Or a funny thought from three months ago pops into our heads, or we're having a particularly hard travel day, or we can't recall where we were 10 days ago, or we just want to remind ourselves how lucky we are... On these once-in-a-while occasions, one of us looks at the other and says, "Hey, remember when [fill in the blank]...?"

This "hey, remember when...?" flashback is brought to you by today's date.

Despite our intentions to keep Canada as inexpensive as possible, we could not resist splurging on two tickets to the Toronto Urban Roots Festival. Music is our only real splurge in Portland anyway, and this is something we're interested in exploring everywhere we go. (If we can ever stay up past 9pm, that is...)

The TURF July 4th festival timing could not have been more perfect - nothing says celebrate-America-from-Canada like a trip to Niagara Falls and four days of good folky music, right? A much better idea than Plan B which involved sitting in Quebec City eating baguettes with all the anti-Americans.

It's also fitting that we saw Frank Turner at some point on this adventure, and that he was the driver for the TURF splurge. See, we owe a lot to Frank. His Portland show two years ago was our first date. A week after that show, Patrick and I sat across from each other talking tall tales of wanderlust and the road beneath our feet, and the seed for this trip was planted.

Last October, on the one-year anniversary of that show, we got a little sentimental and wrote Frank a "thank you" email. He actually replied (!) within hours (!), wished us luck on our still-to-be-determined adventure, and told us to let him know if we'd be nearby during any of his tours so that we could have a beer.

So when we were in Toronto, we emailed him - and once again he actually replied (!) within hours (!). Various forces prevented us from actually meeting him, such as the fact that he's Frank Turner for gosh's sake, but we're holding out hope that he's touring on our path someday soon. 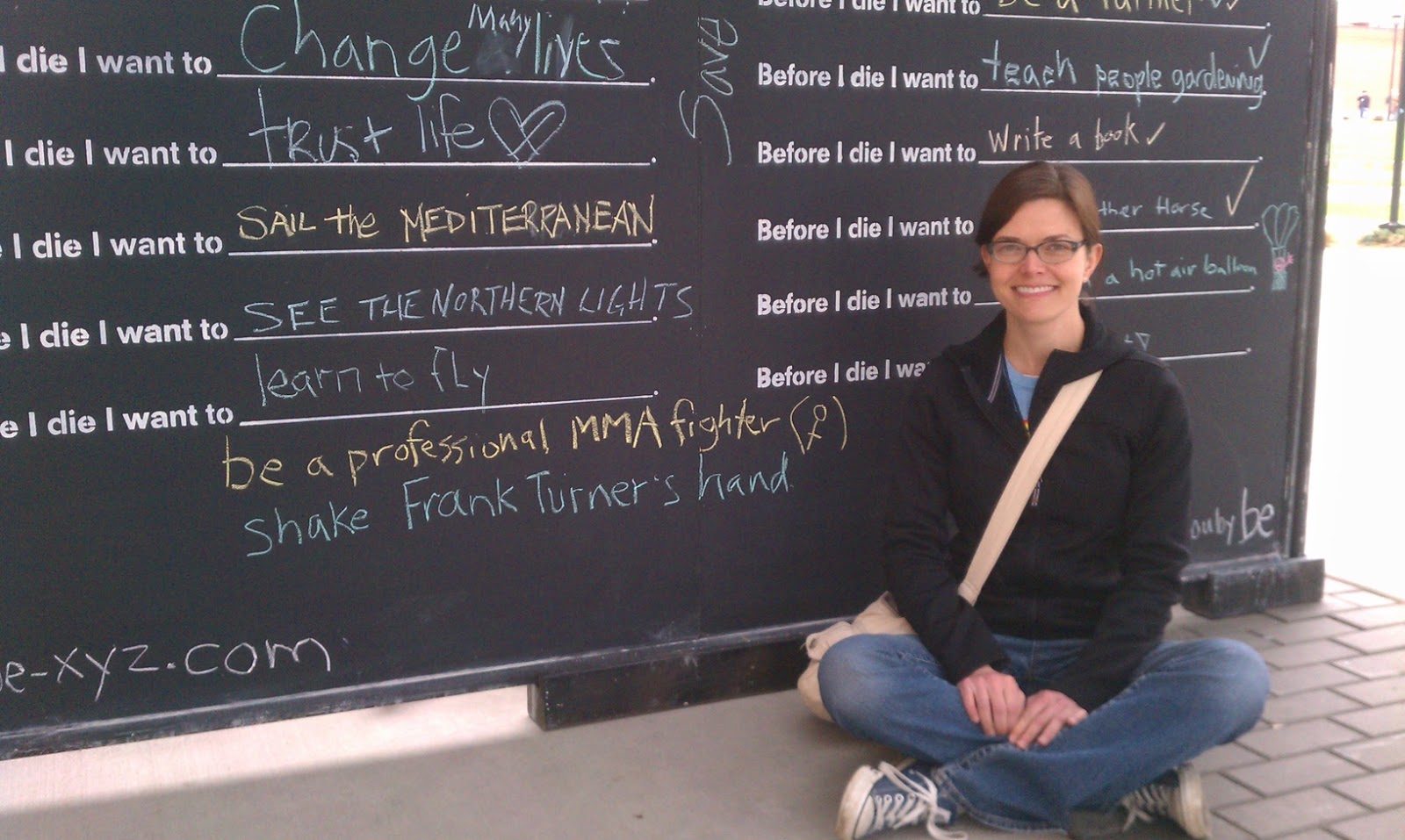 Portland TedX - March 2013
(handshake still pending,
and we still owe him a drink)

We had a great time at the festival, though. Familiar bands like Camera Obscura, Flogging Molly, Neko Case, Xavier Rudd and Canada's own The Wooden Sky were great. Newly discovered bands like Whitehorse, The Cat Empire, The Sadies, The Barr Brothers, and Portland locals Larry and His Flask were a lot of fun too. Plus it was a tiny venue to begin with, and the off-and-on rain (and outright downpour Sunday) kept the crowds down. 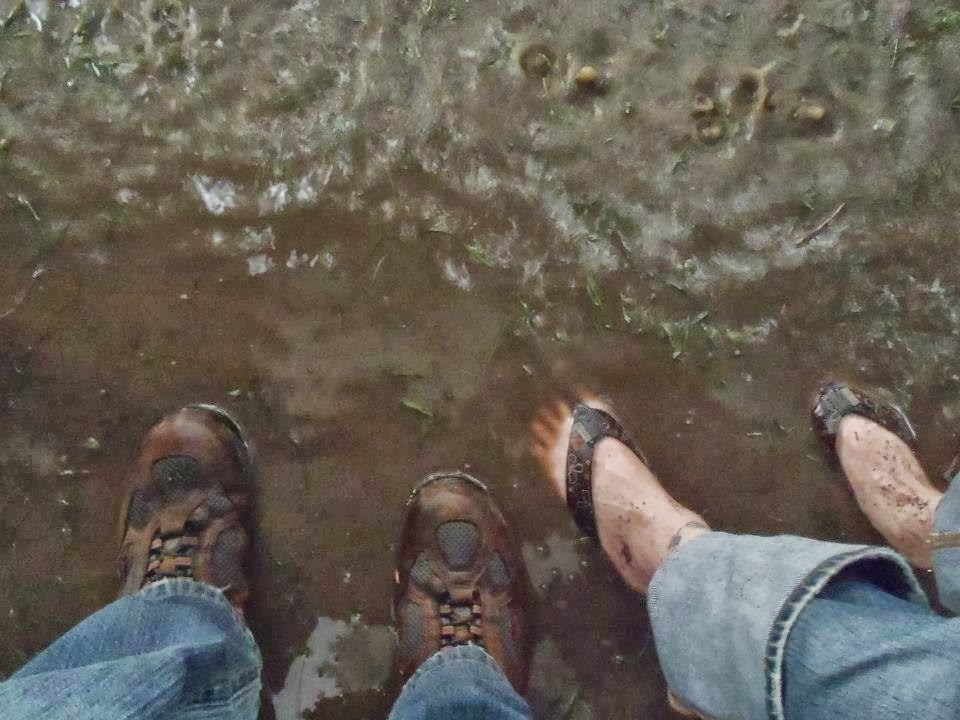 This "one splurge per country/continent" idea might be a running theme - or a really, really bad idea. Hopefully we won't be sitting in an empty apartment in Portland this December saying "Hey, remember when we spent all our money and had to cut our trip short a year?" 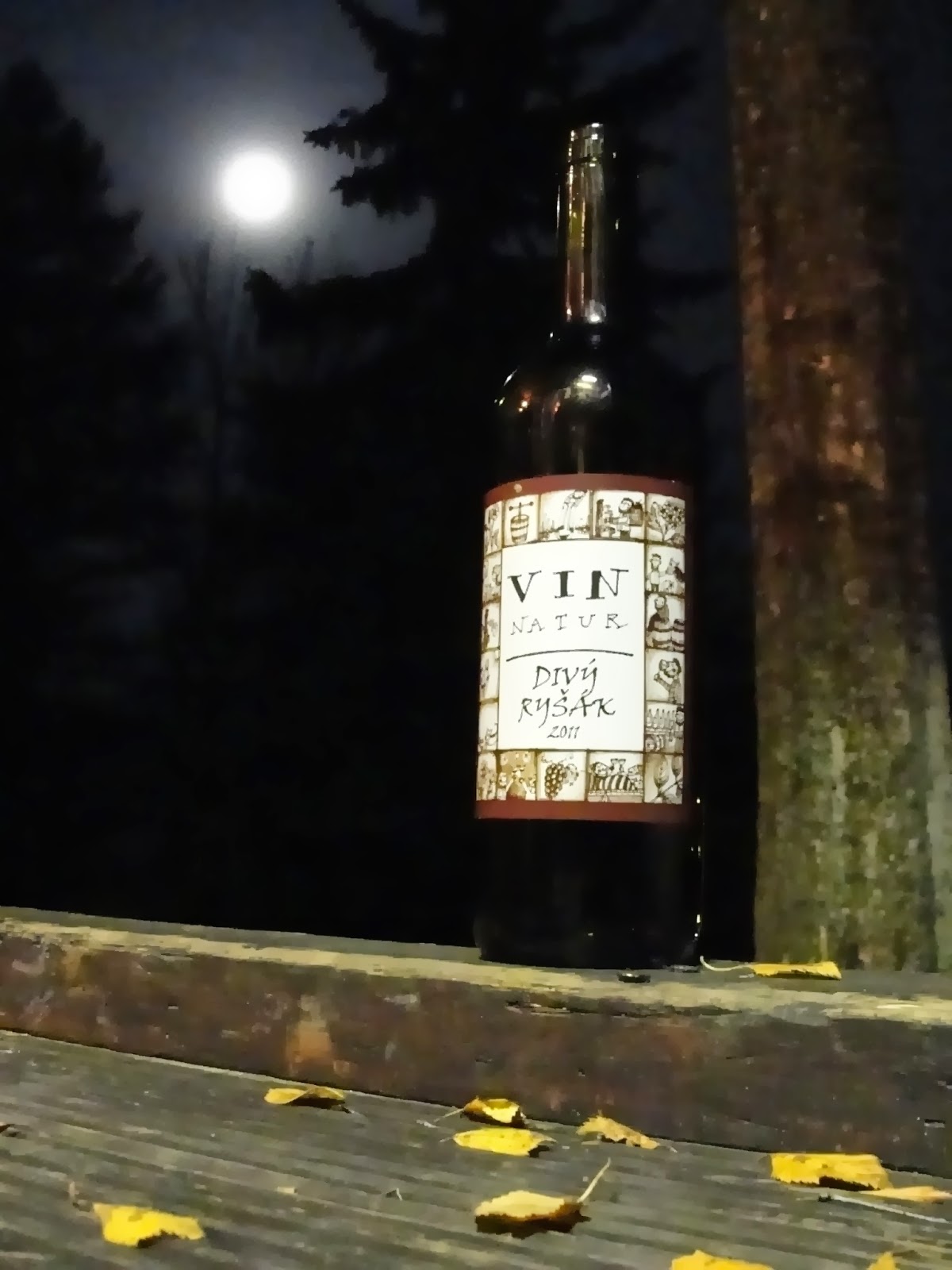