By now you probably know that Thailand's army, which declared martial law on Tuesday, has upped this to an official coup. The military has taken control of the government, suspended the constitution, shut down TV programming, banned political gatherings, and implemented a curfew from 10pm-5am. The coup appears to be peaceful but quite serious - dozens of political figures and now even prominent academics are being detained for unspecified periods of time so that they can "think about things" (in the words of the BBC). 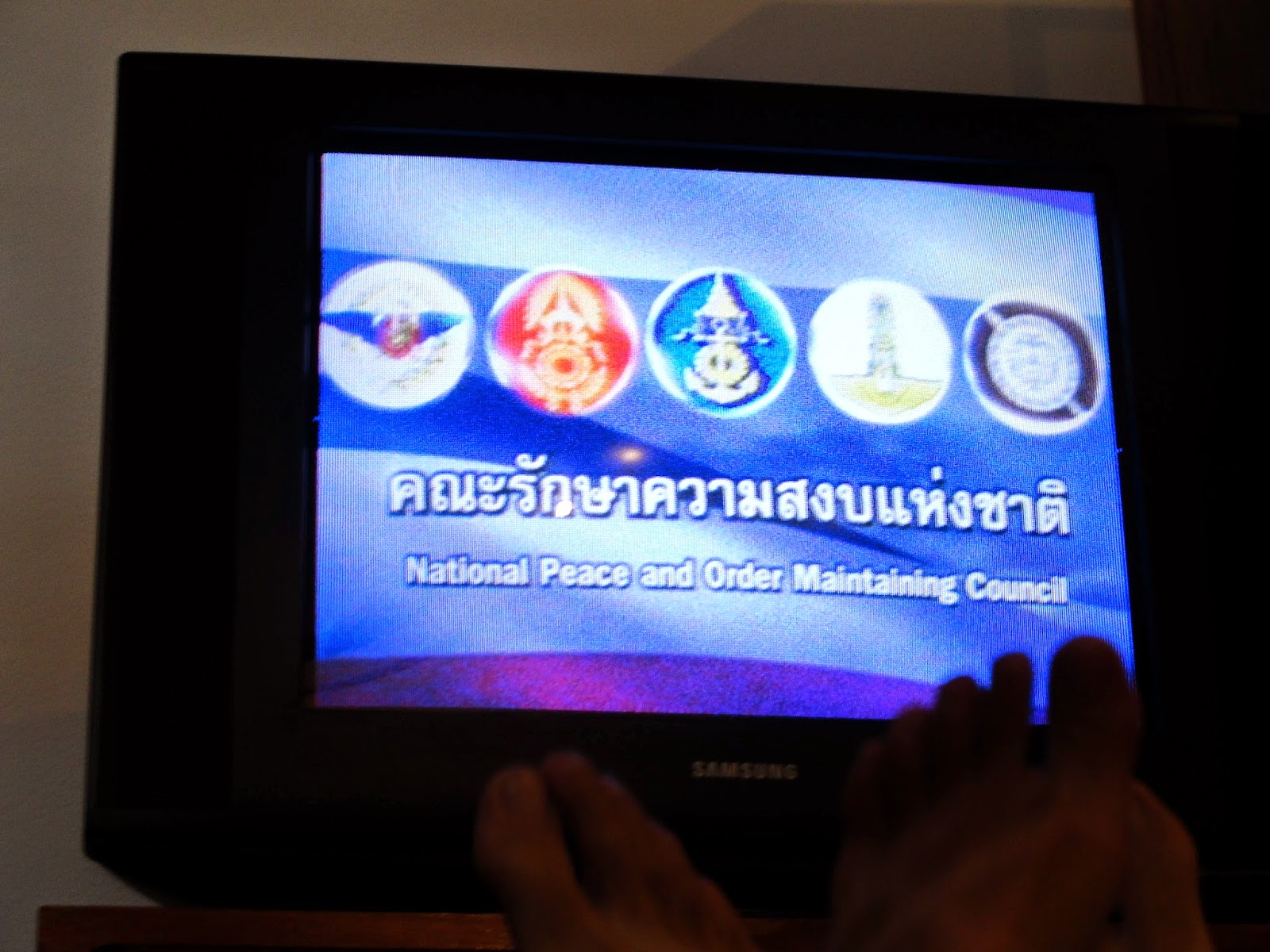 Lao TV includes a lot of Thai programming -
we can vouch for the shutdown
You may recall that our upcoming Habitat for Humanity Global Village build is in Thailand - right near Bangkok, in fact. We'll be crossing the Lao/Thai border in about a week to make our way down to Bangkok for our Habitat build, stopping in a few places TBD along the way.

The US Embassy has issued statements advising travelers to exercise caution (or cancel non-essential trips altogether), avoid protest areas, and follow the instructions of Thai authorities. But realistically, the coup probably won't have any impact on our travels. In preparation for this leg of our trip, we applied for our Thai visas while in Vientiane (you may also recall a cranky post about that debacle); the tension in Thailand was definitely building at that time but we were issued tourist visas with no problem. Honestly, an American couple wanting to hike pretty mountains in Chiang Mai and 15 foreigners coming to Bangkok to build a house for a low-income family are probably the least of anyone's concerns right now.

Regardless, rest assured that we'll be smart and safe. We'll be keeping an eye on travel-related Twitter posts (usually useless but surprisingly helpful in situations like this) and daily BBC news updates. Our local Habitat team in Thailand is also closely monitoring the situation. They will keep us informed of any dangers (highly unlikely) or inconveniences (far more likely) as a result of the coup.

Hopefully, things will settle down over the next few weeks and we'll enjoy a stress-free visit to this beautiful country. If not, it will make for a really interesting and memorable Global Village build. And hey, our only rule going into this trip was to not end up in a foreign prison. We never said anything about avoiding a military coup.