Tomorrow we leave Vietnam. It's pretty surreal to think that we've been here two months! We've seen and experienced so many wonderful things and we think if Vietnam isn't on your short list of places to visit, you should remedy that immediately...

As we head into the unknowns of Lao there's a lot we will miss about this lovely country. Two things that go without saying are the food and the coffee, so I'm not even including them in the list. Here are five other things we will miss, in no particular order:

Sure, there's been an occasional scamming taxi driver, but that's what taxi drivers do, right? Sure, there were some places where we westerners paid a lot more for things than the locals, but this is not a wealthy country and if Donald Trump visited my American fruit market you'd better believe I'd try to charge him double the actual cost of those bananas - he can afford it, why wouldn't I? - and if he didn't want to pay that much he could barter me down or simply walk away. And sure, there were some blank stares and a few scowls here and there, but where doesn't that happen? (I'm talking to you, lady at the Krakow information booth.) 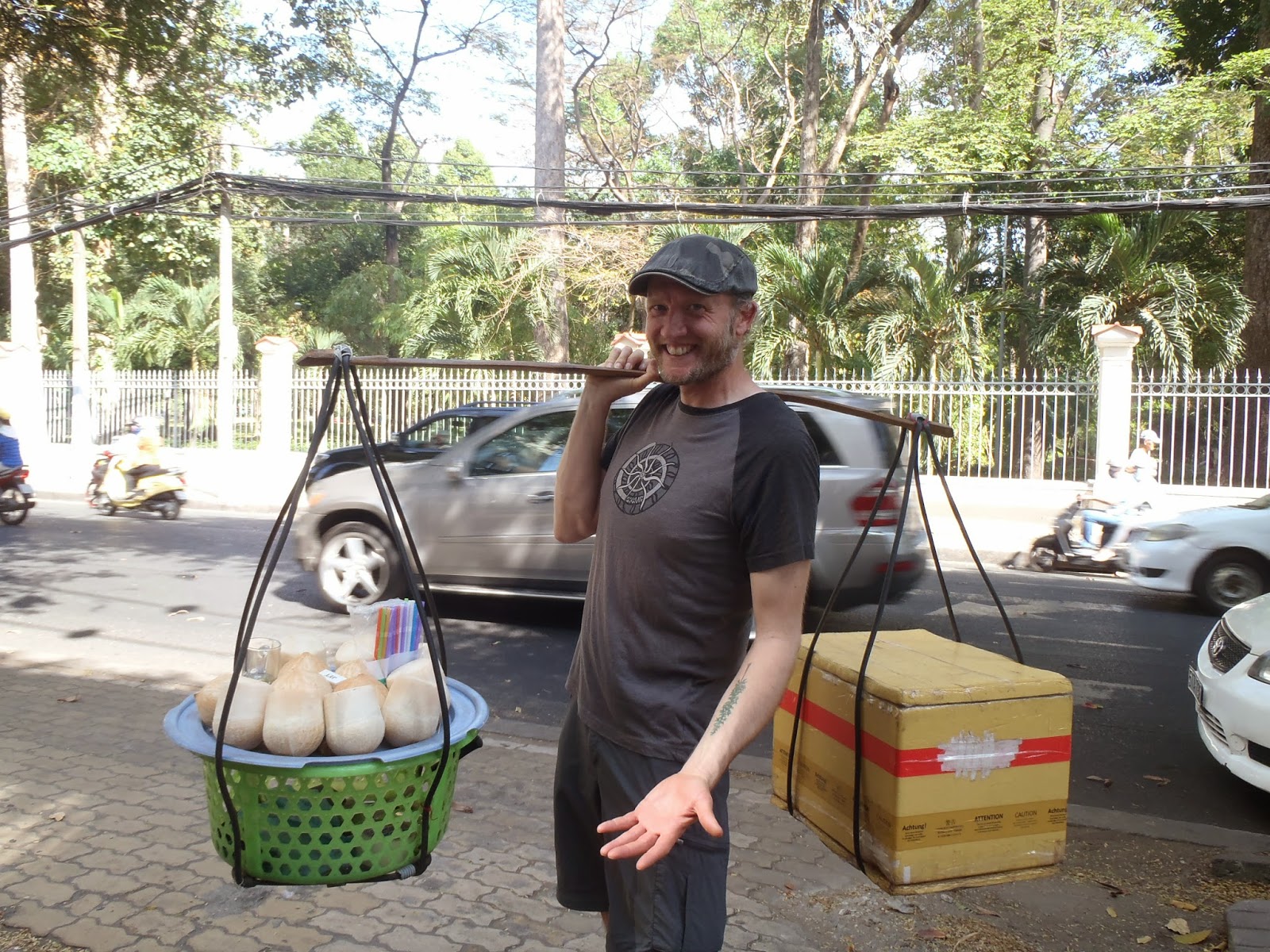 the infamous $6 photo
(but the vendor did it with a smile!) 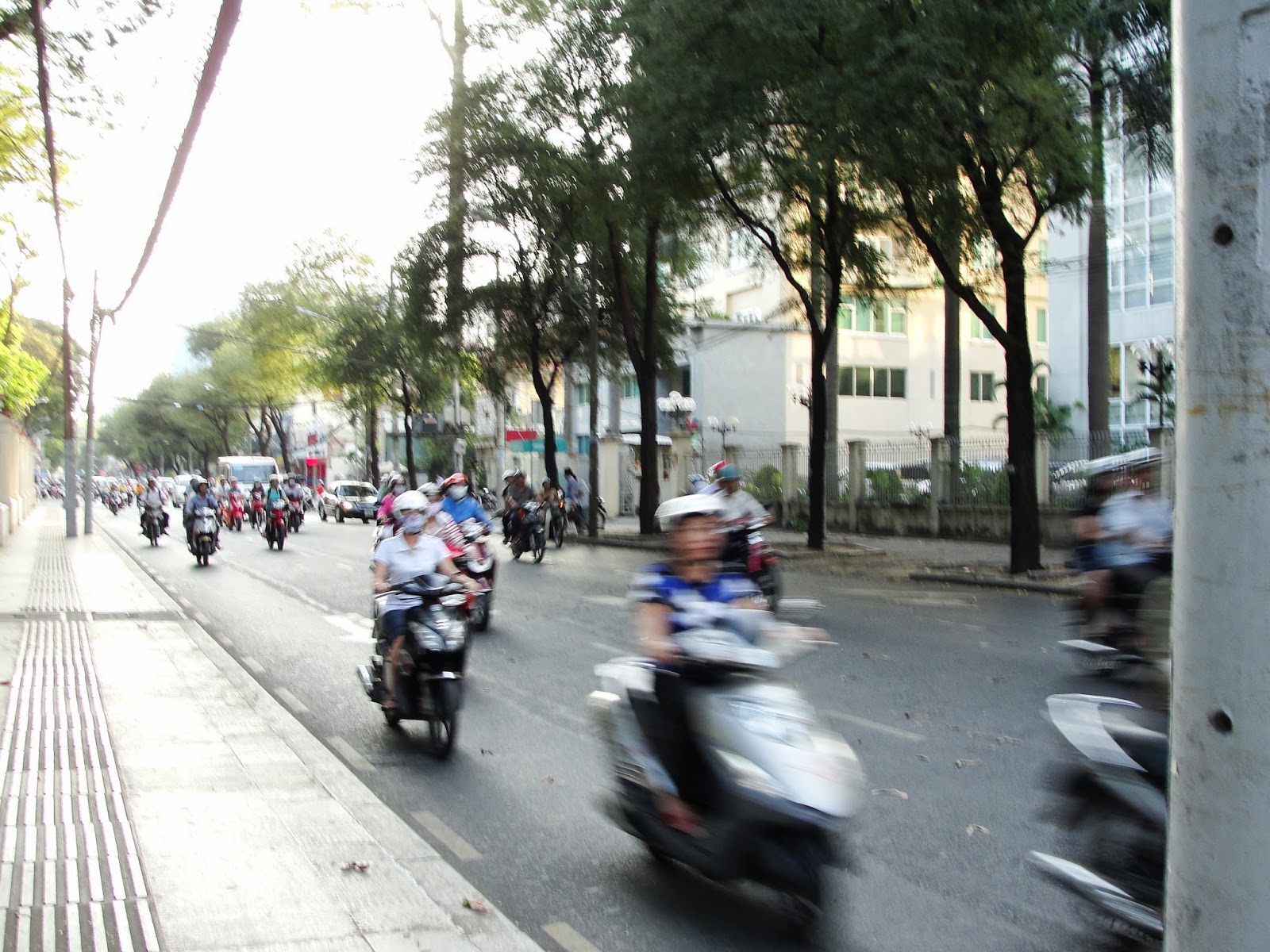 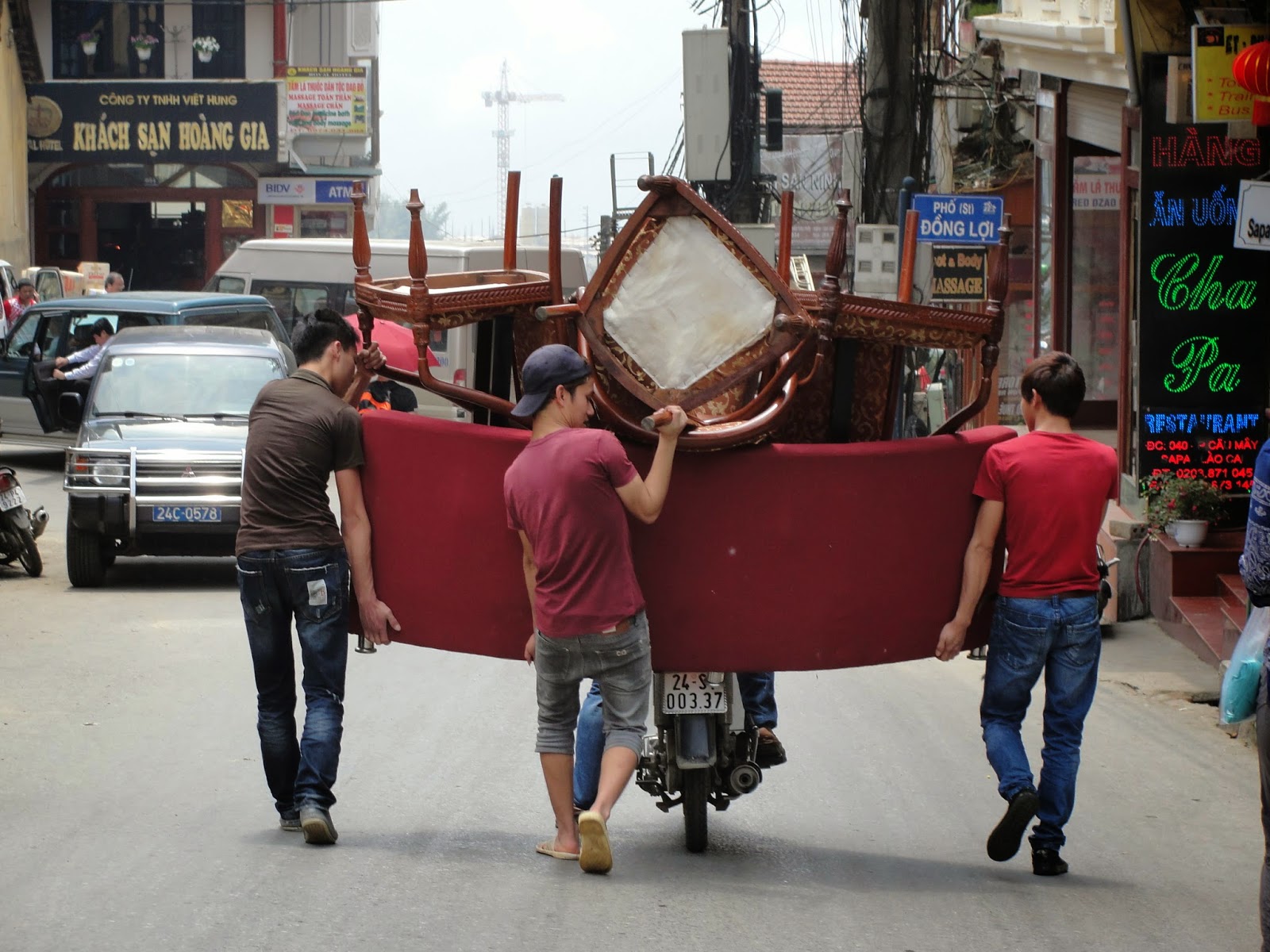 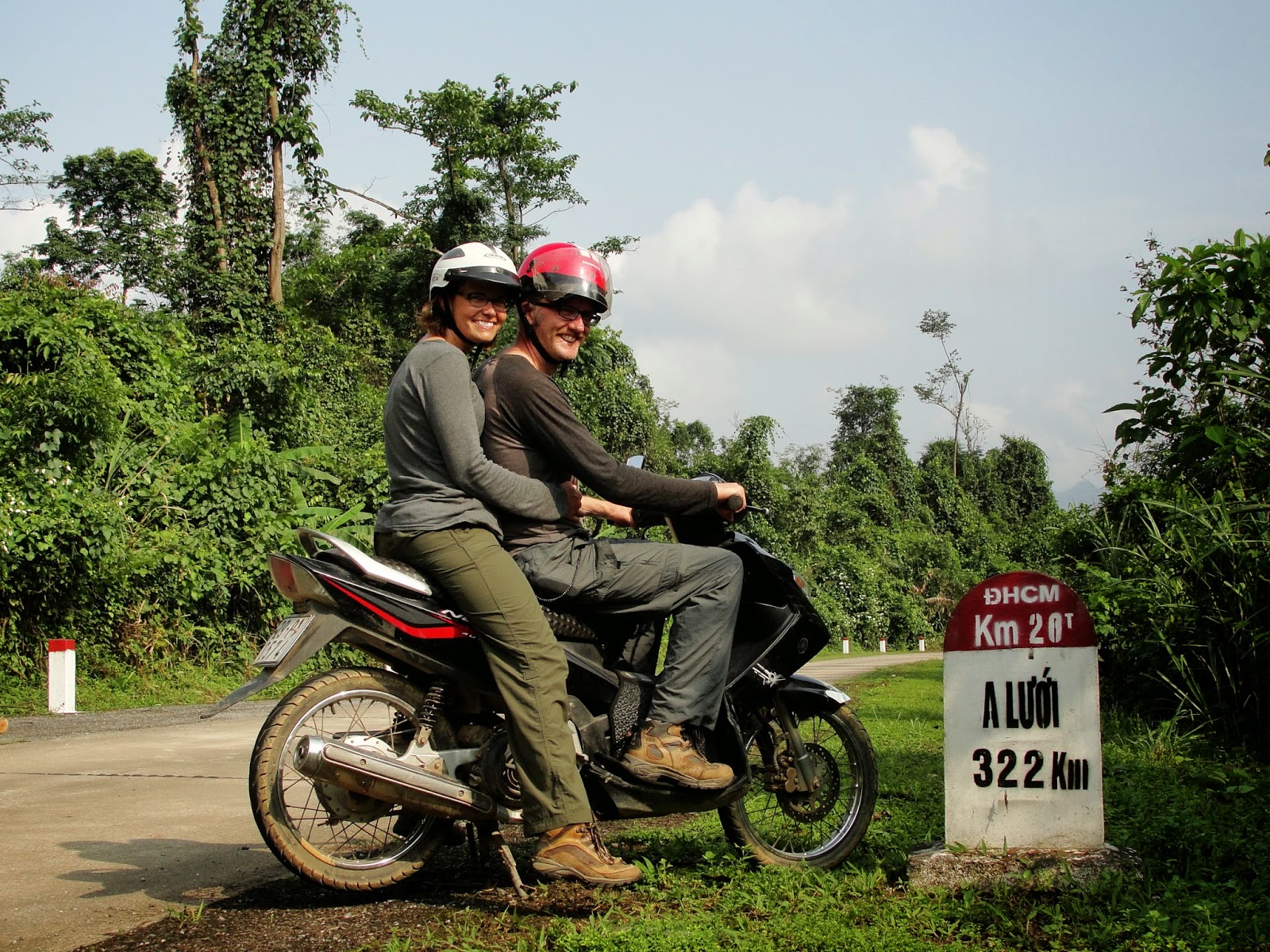 and then one day this motorbiker transported me 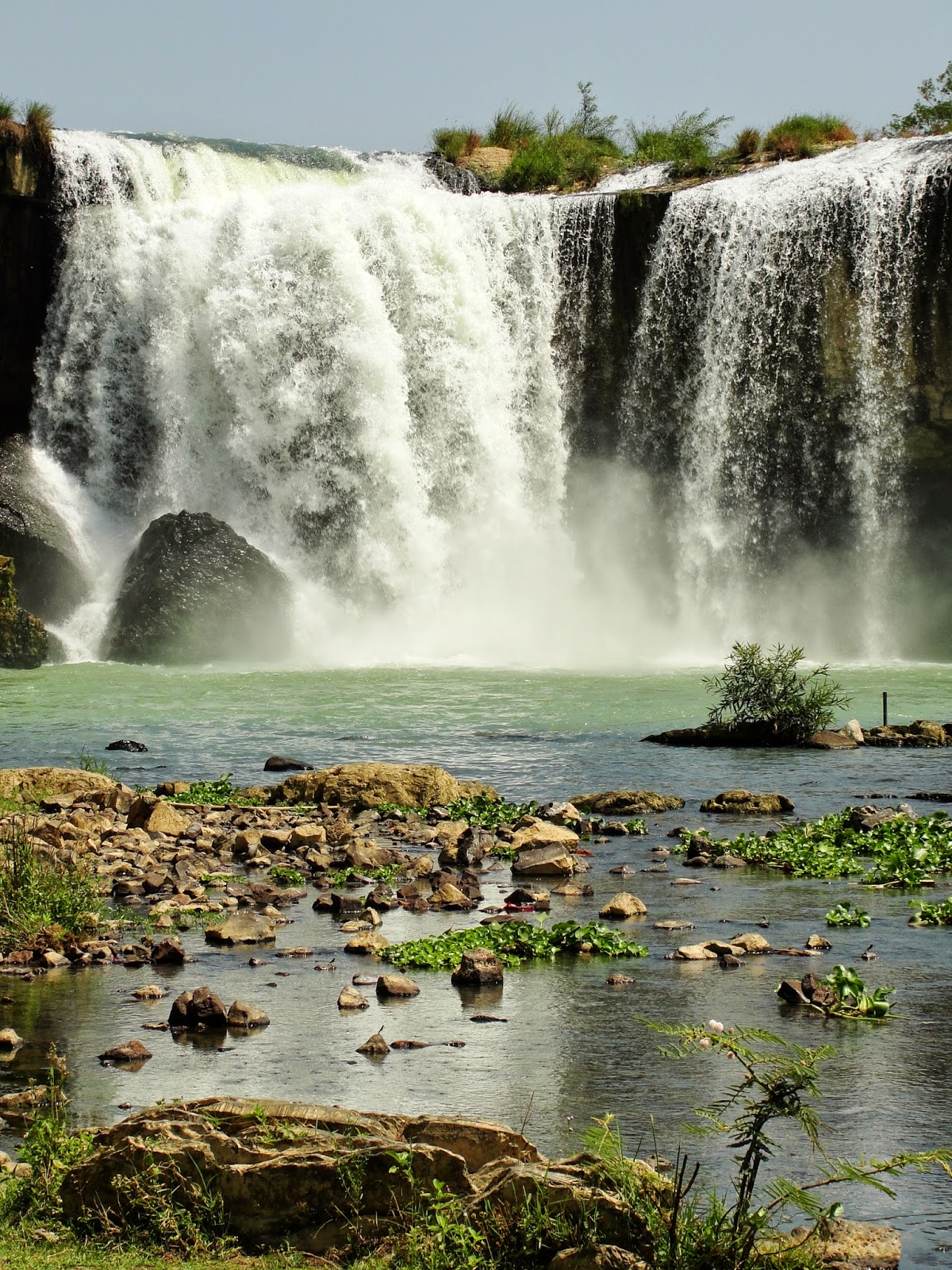 Dray Nur near Buon Me Thuot 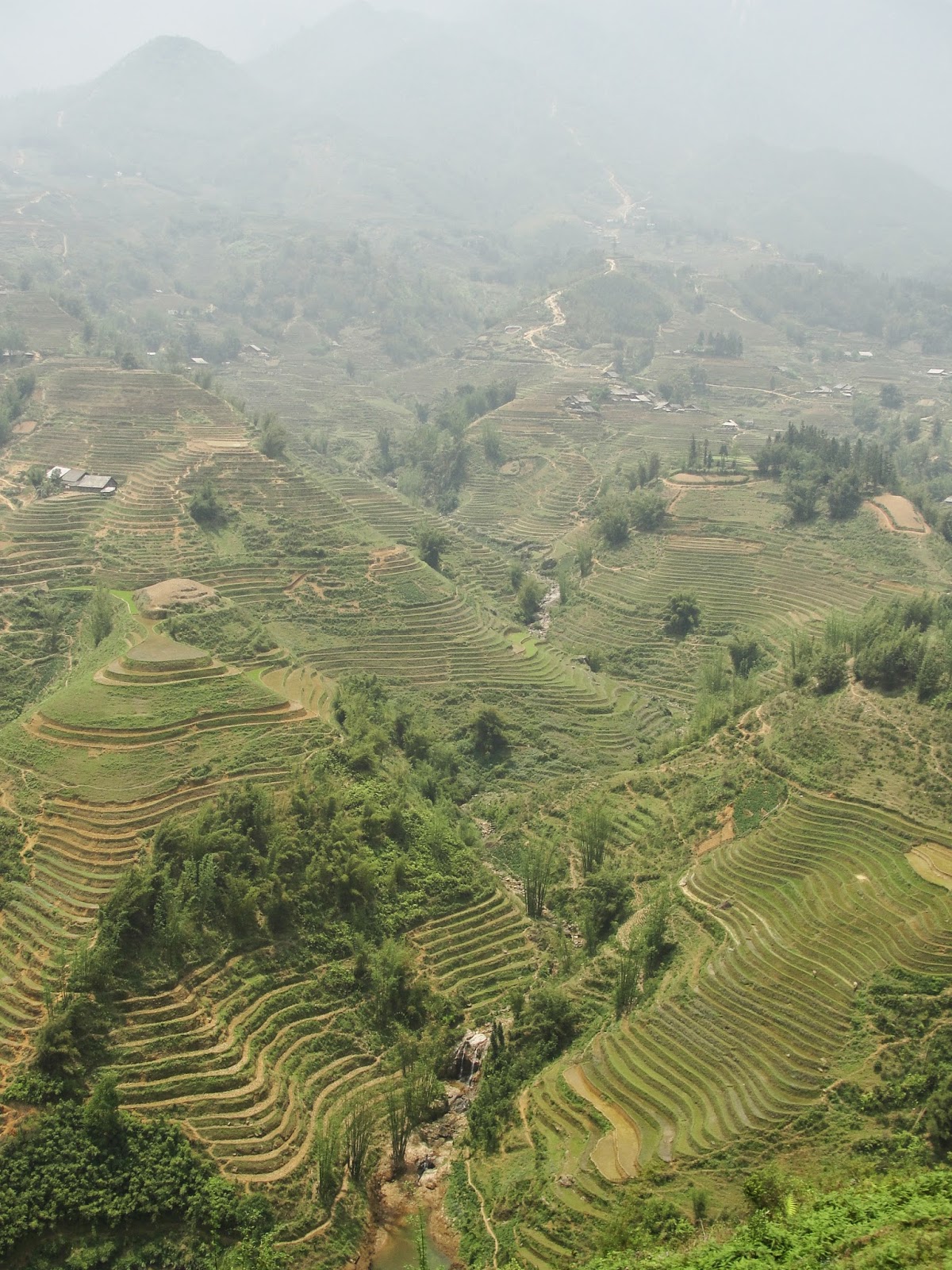 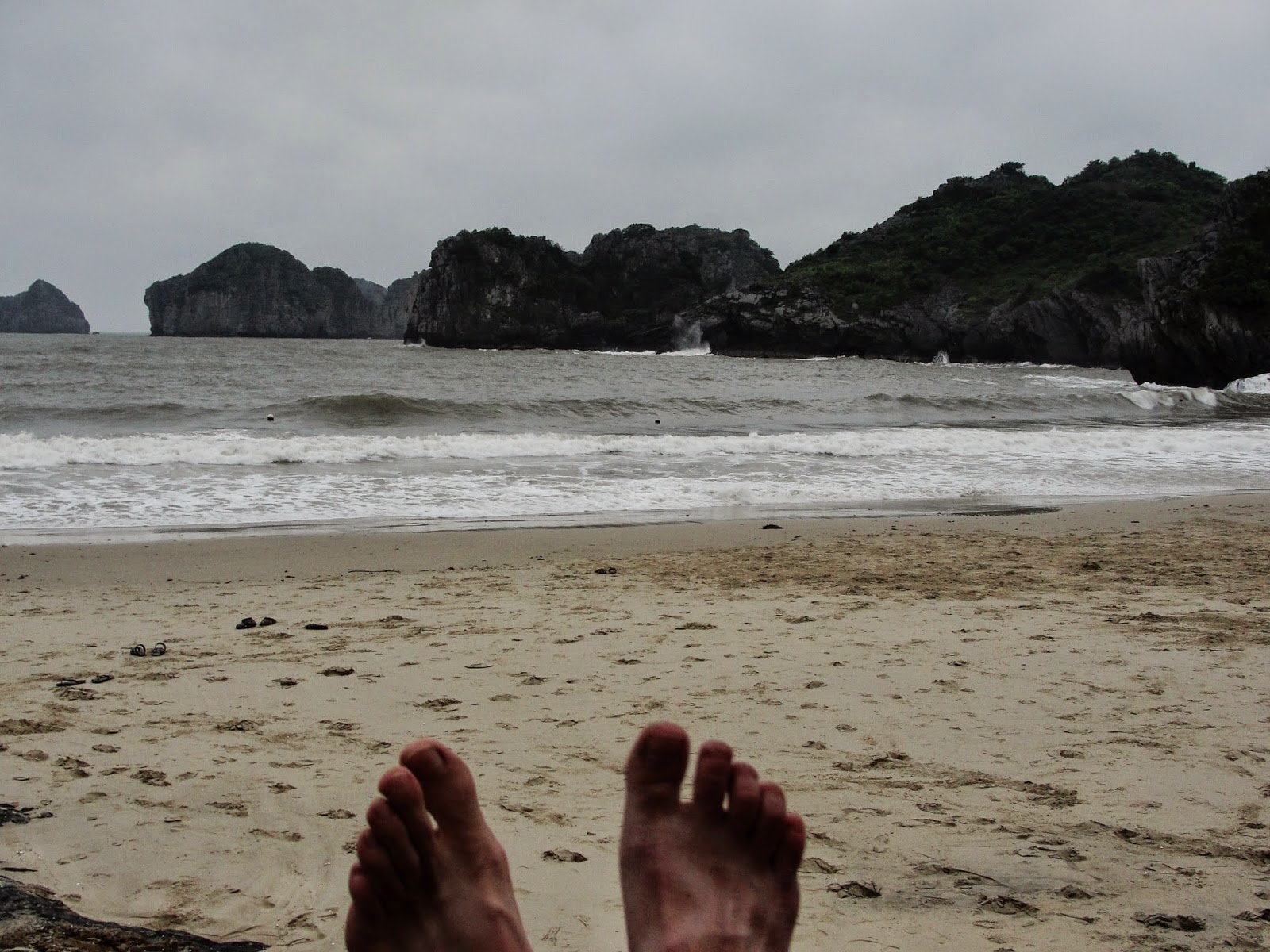 Cat Ba's rocky beaches
so reminiscent of the Oregon Coast 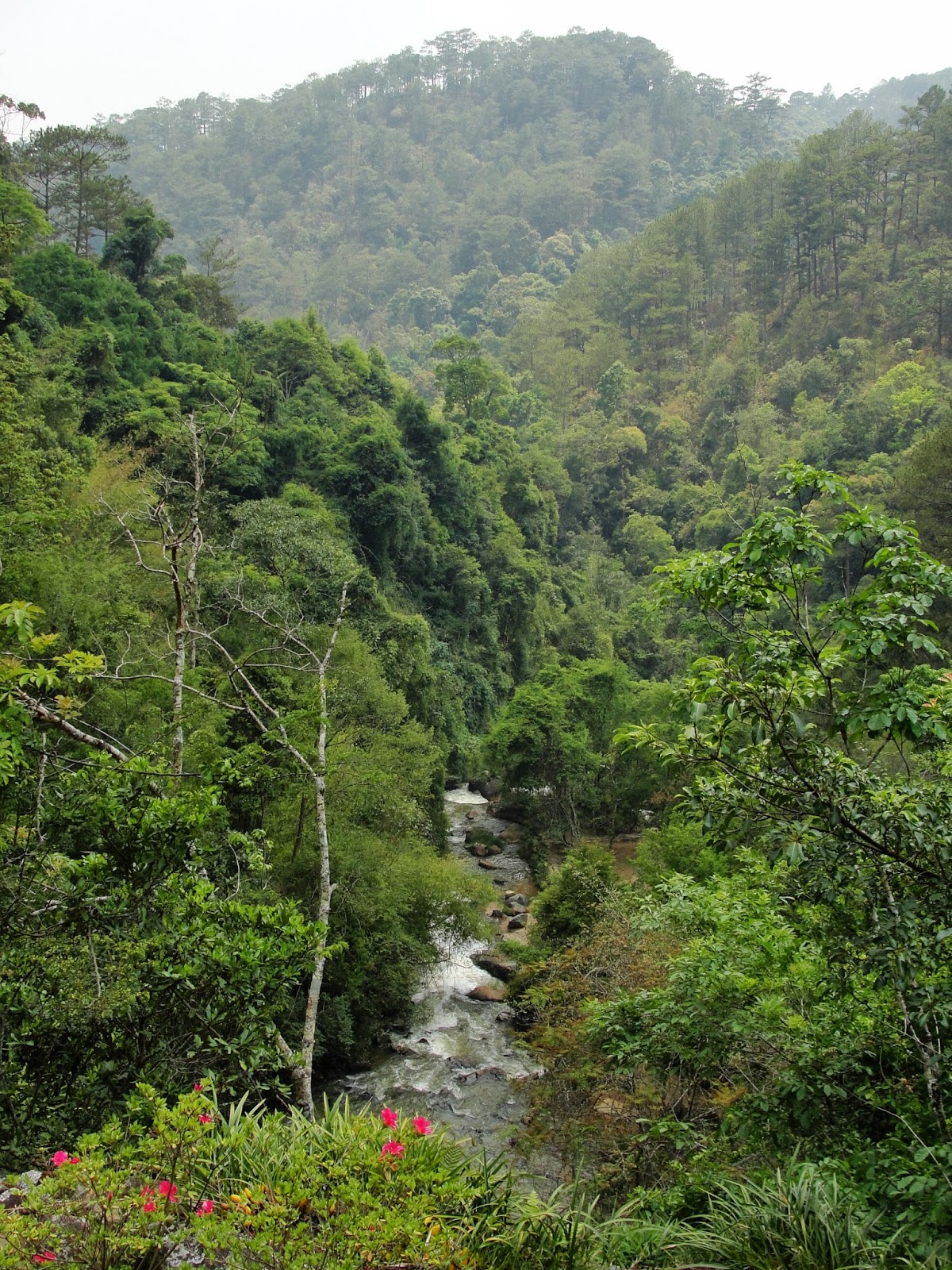 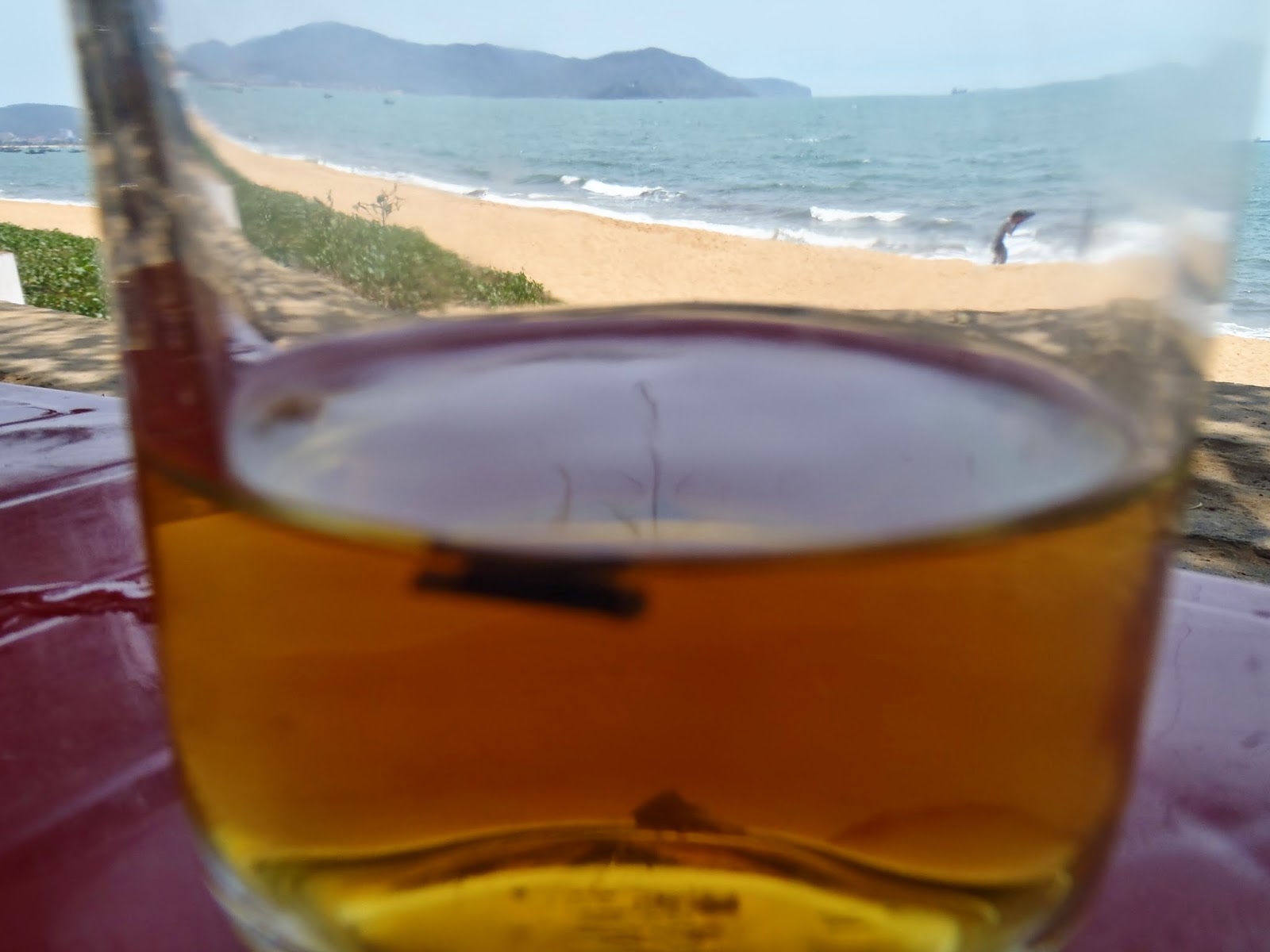 stop. breathe.
lather, rinse, repeat.
And a very short list of things we won't miss about Vietnam, also in no particular order: 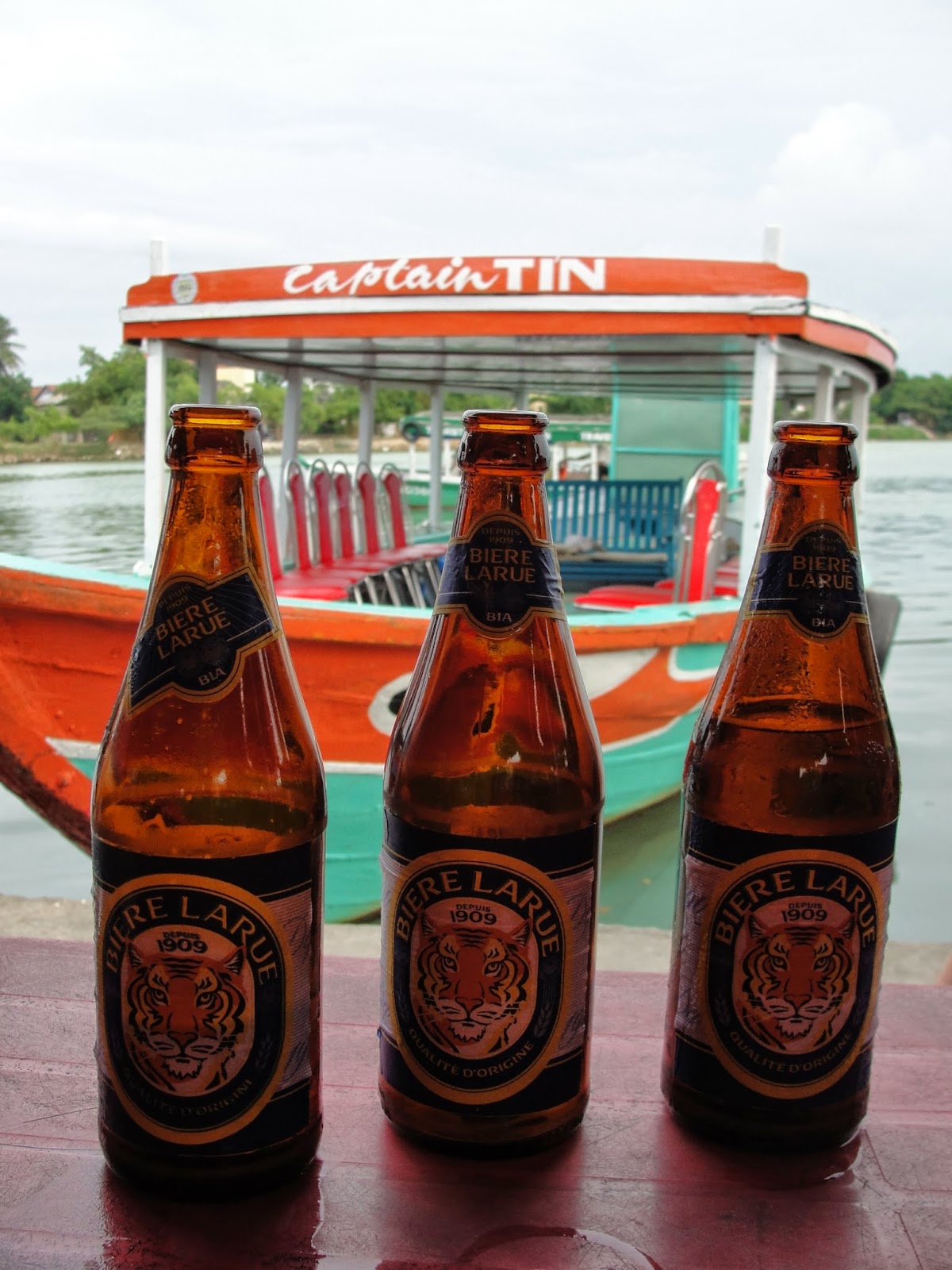 best when it's 100 degrees
and you have this view 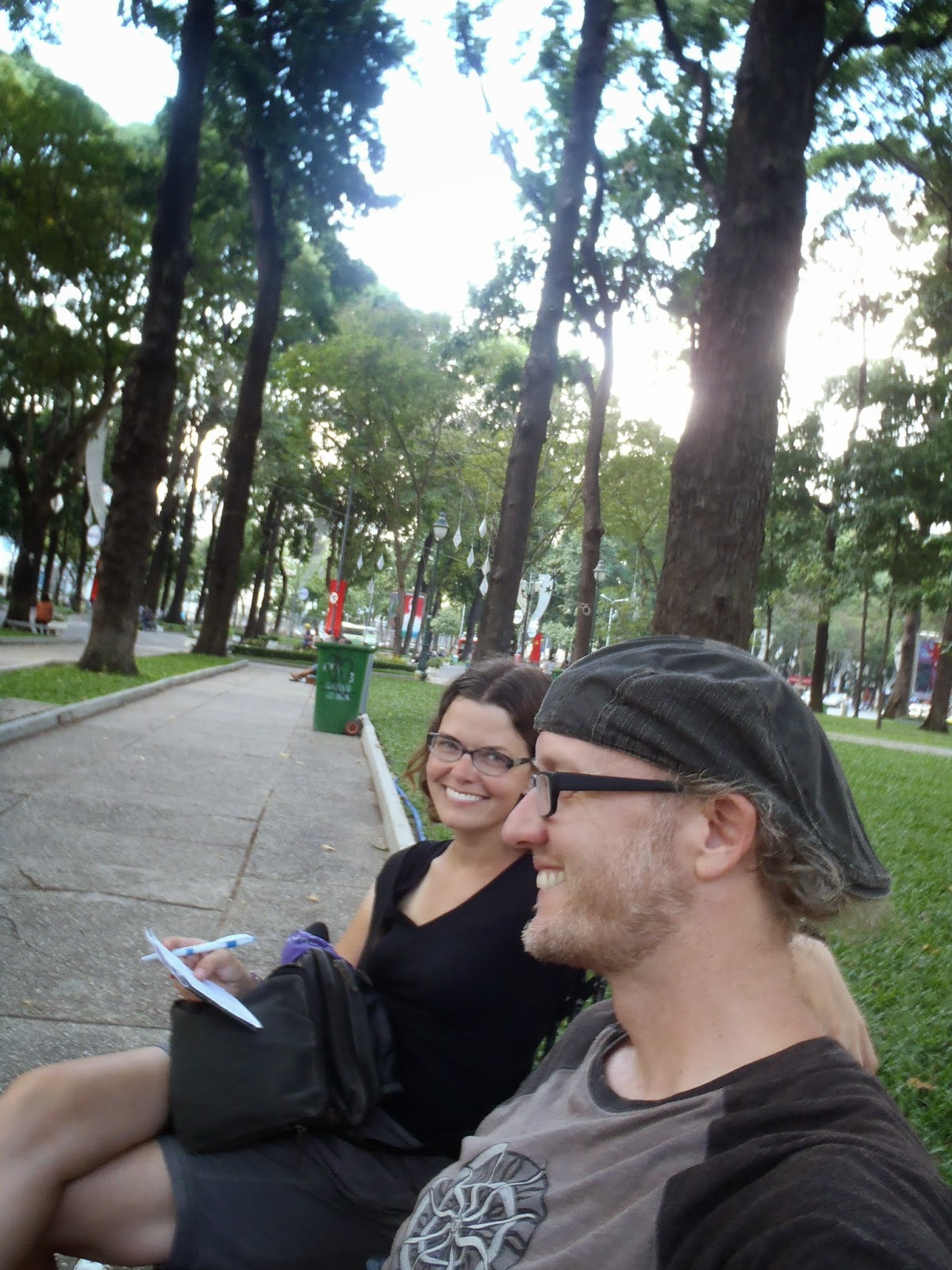 slightly overpriced
and "medium" in Vietnam is not "medium" in the US
but new t-shirts are good! 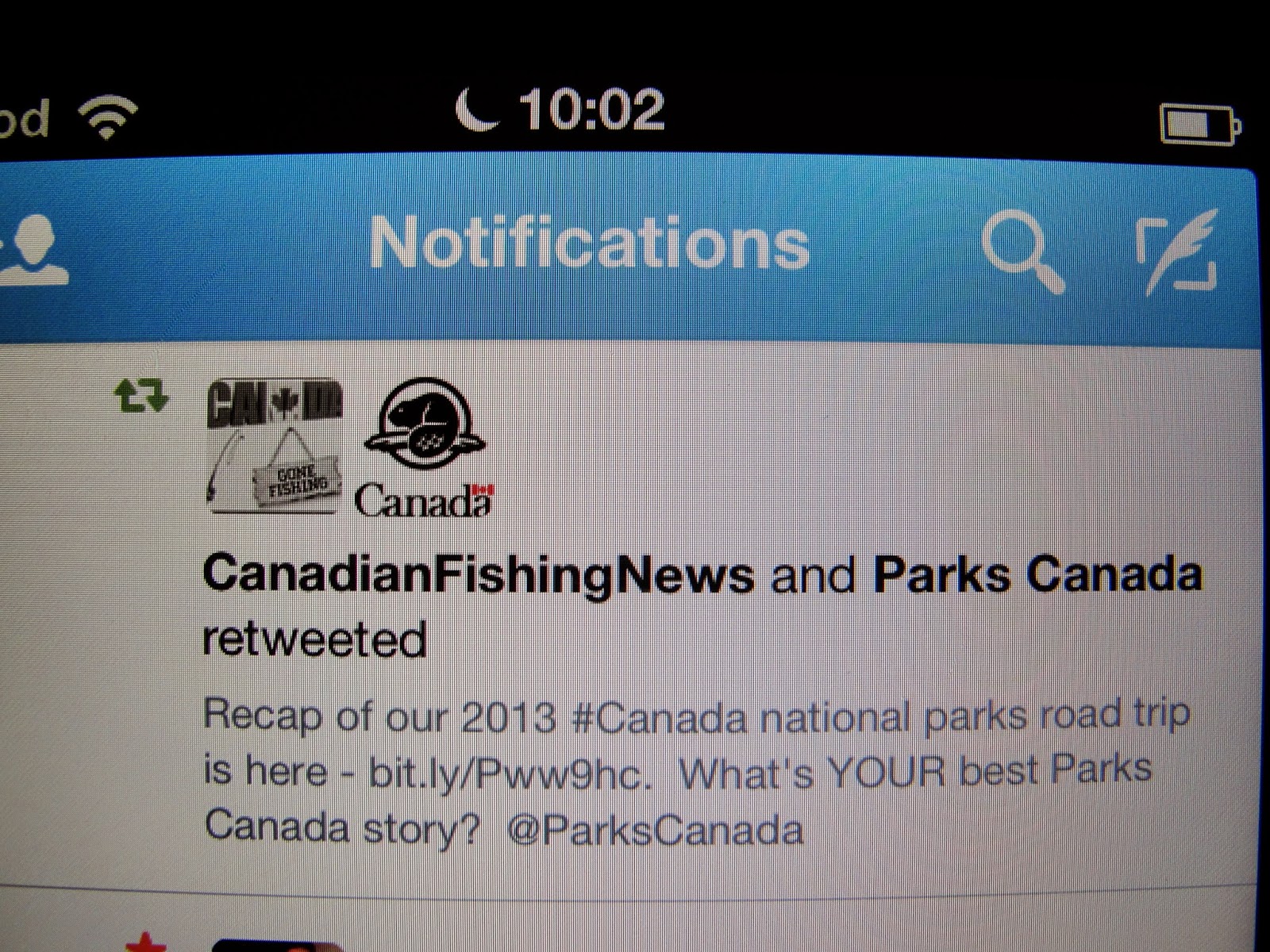 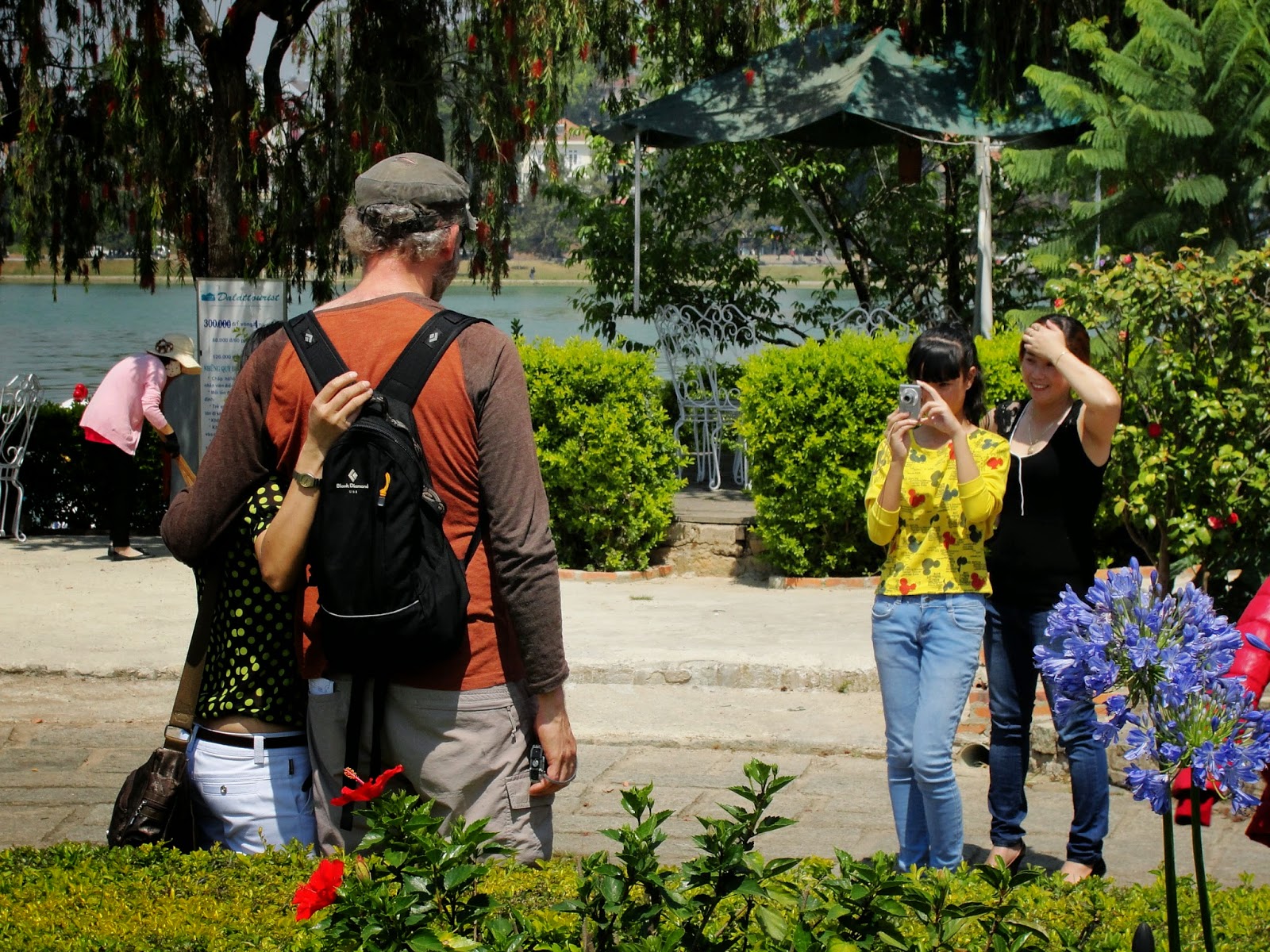 this one falls under "amusing" though 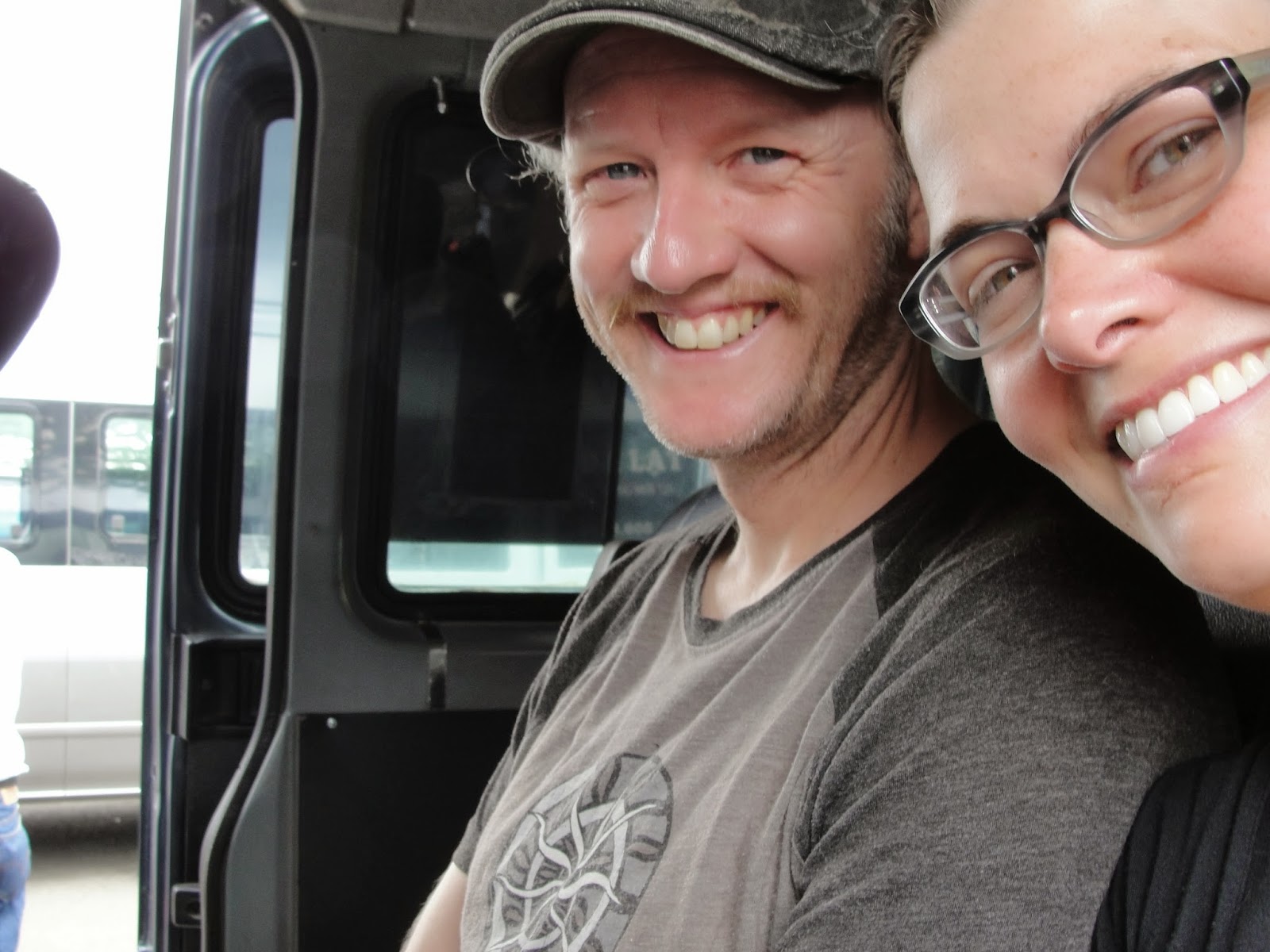 to be fair, we probably won't miss the minibuses either
These are but minor gripes about an otherwise awesome country. Tạm biệt, Vietnam! We have enjoyed you very much over the last eight weeks, and we can't wait to send more people your way in the future.

And now, to Lao, where symbols are the new alphabet! It's gonna be interesting...
Posted by Jen
Email ThisBlogThis!Share to TwitterShare to FacebookShare to Pinterest
Labels: asia, Friday five, gratitude, vietnam