The universal language of "stop" - yeah, it's a thing.

Back in the summer of 2013 we drove into the province of Quebec for our Nubian goat WWOOF gig and saw our first "ARRÊT" sign. 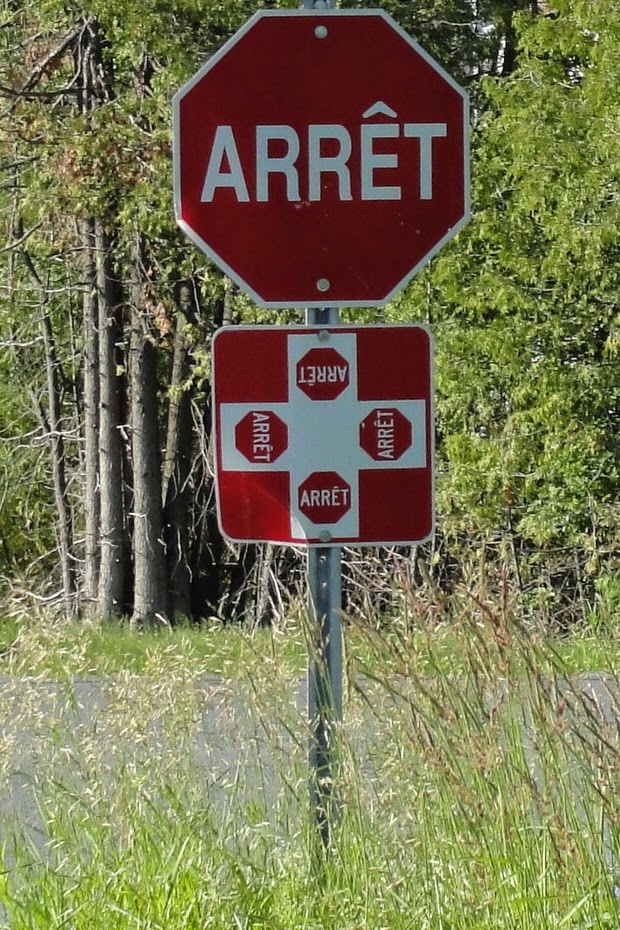 (au nom de l'amour)
"Arrêt" and "pamplemousse" are two of the few words I remembered from five years of French lessons more than 20 years ago. I knew that "arrêt" meant stop, and I knew that the official language of Quebec is French, so this sign seemed perfectly normal to me. (Honestly, I was much more amused by the Loblaw signs everywhere. I did admire Quebec's creative method of indicating a four-way "ARRÊT" though.)

We spent two weeks in Wakefield, Quebec, where one street featured the sign below... I smiled every time we drove past it. 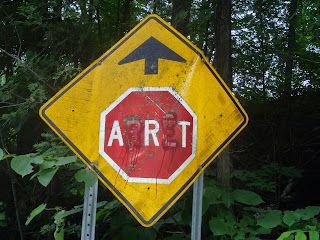 Wakefield is the new Portland
It might sound silly but at the time, I didn't realize that stop signs were universal (at least in our journey's universe) - the shape and color were the same in every country we visited. Most traffic signs were easily recognizable too.

Now, I know that it's due to the Vienna Convention on Road Signs and Signals and has been enforced since 1978, along with many other universal traffic signs and laws.

But I didn't know about this agreement while we were traveling. So I naïvely marveled at the common shape and color everywhere we went. From this miraculous revelation (!), I went on to notice that many countries we visited displayed the word "STOP" on their stop signs, no matter what their native language.

(I should note that many countries we visited didn't actually employ the use of stop signs, especially in rural or underdeveloped places where we were simply left to our own devices to get across the street or drive into zipping traffic. But in developed areas of Central Europe, Western Europe and Vietnam, even when the majority of the population did not speak English, the stop signs all said "STOP.")

So then, of course, I started noticing when "STOP" wasn't "STOP." Turns out there are quite a few exceptions, but here are just a few that we saw in our international travels... 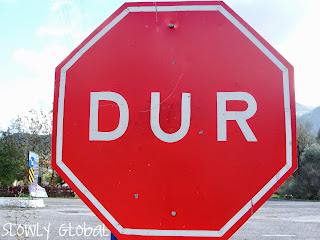 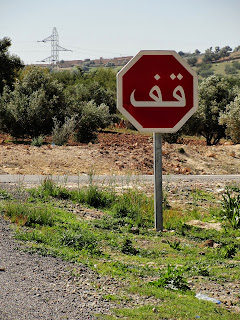 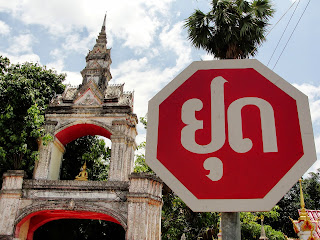 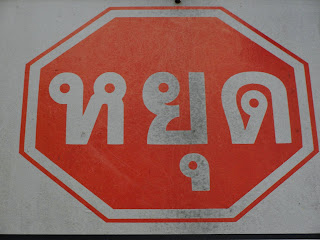 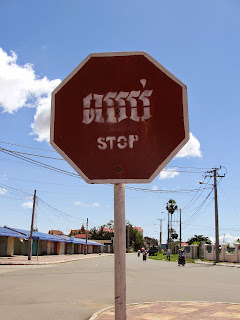 Cambodia (the only bilingual stop sign we saw -
also, possibly the only stop sign we saw in all of Cambodia)
Even the Aussies change up the stop sign now and then. Here's a reminder on the Perth train to reserve the seats near the doors for families: 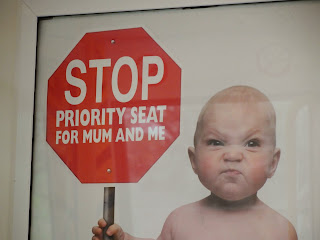 And I mean that in a good way...
Posted by Jen
Email ThisBlogThis!Share to TwitterShare to FacebookShare to Pinterest
Labels: australia, cambodia, canada, lao, life on the road, morocco, thailand, turkey