What we did on our Porto vacation.

Porto was to be our magical reset. Our rejuvenation spot, our sleep-in spot, our "live like a local" spot. Our spot to buy more than a days' worth of groceries at a time. Our spot to fix Jen's boot (again).

Porto is a few hours from port country and less than an hour from nice beaches. To a tourist's eye the city is split down the middle by a river lined with bridges (but really, the river divides Porto and Vila Nova de Gaia). Allegedly, Lisbon comes to Porto for its wonderful restaurants. It's an artsy, gritty, rainy-in-winter town with windy narrow cobblestone streets you could wander for hours.

We picked it somewhat randomly as a stopping point figuring if we hated it we'd just hole up indoors for a week. Long-term travelers often do this in places you might not expect - Prague, Budapest, Barcelona - just to rest in a comfortable city which allows some modern conveniences. Luckily, we ended up really enjoying Porto. Aside from the windy cobblestone streets (and lack of nearby mountains), it felt awfully familiar... and the longer we stayed, the more comfortable we felt.

We still did lots of touristy stuff that week - the most touristy being a day trip to the Douro Valley. Usually people take a boat tour up the river but it was cold and rainy so we skipped that.  And then of those who take the train through the scenic valley, most stop in Regua for the wine tours and tastings. We were more interested in seeing the countryside, so we took Lonely Planet's advice and went the extra half hour into Pinhão, a much smaller village. 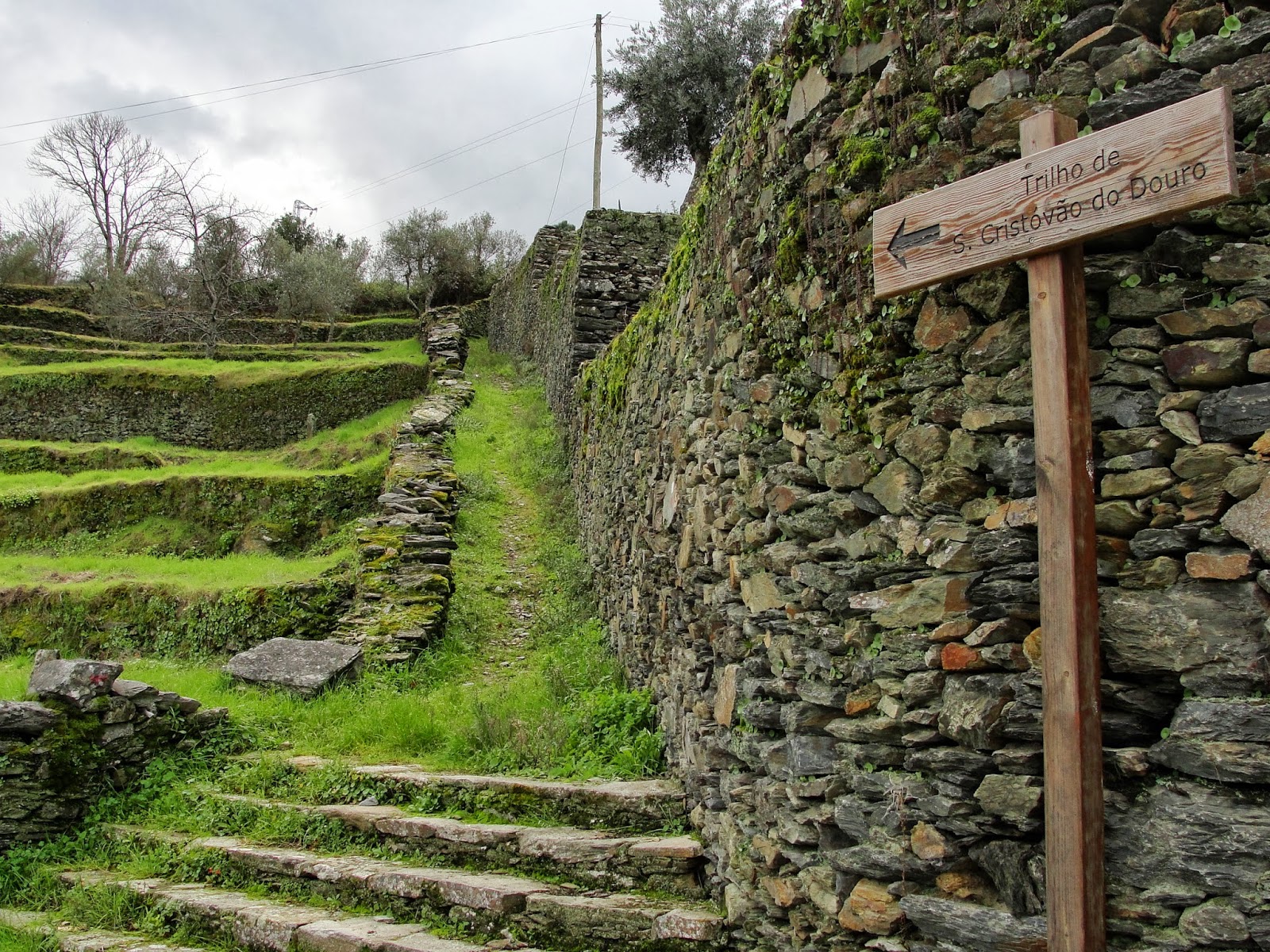 the 8km hike was beautiful 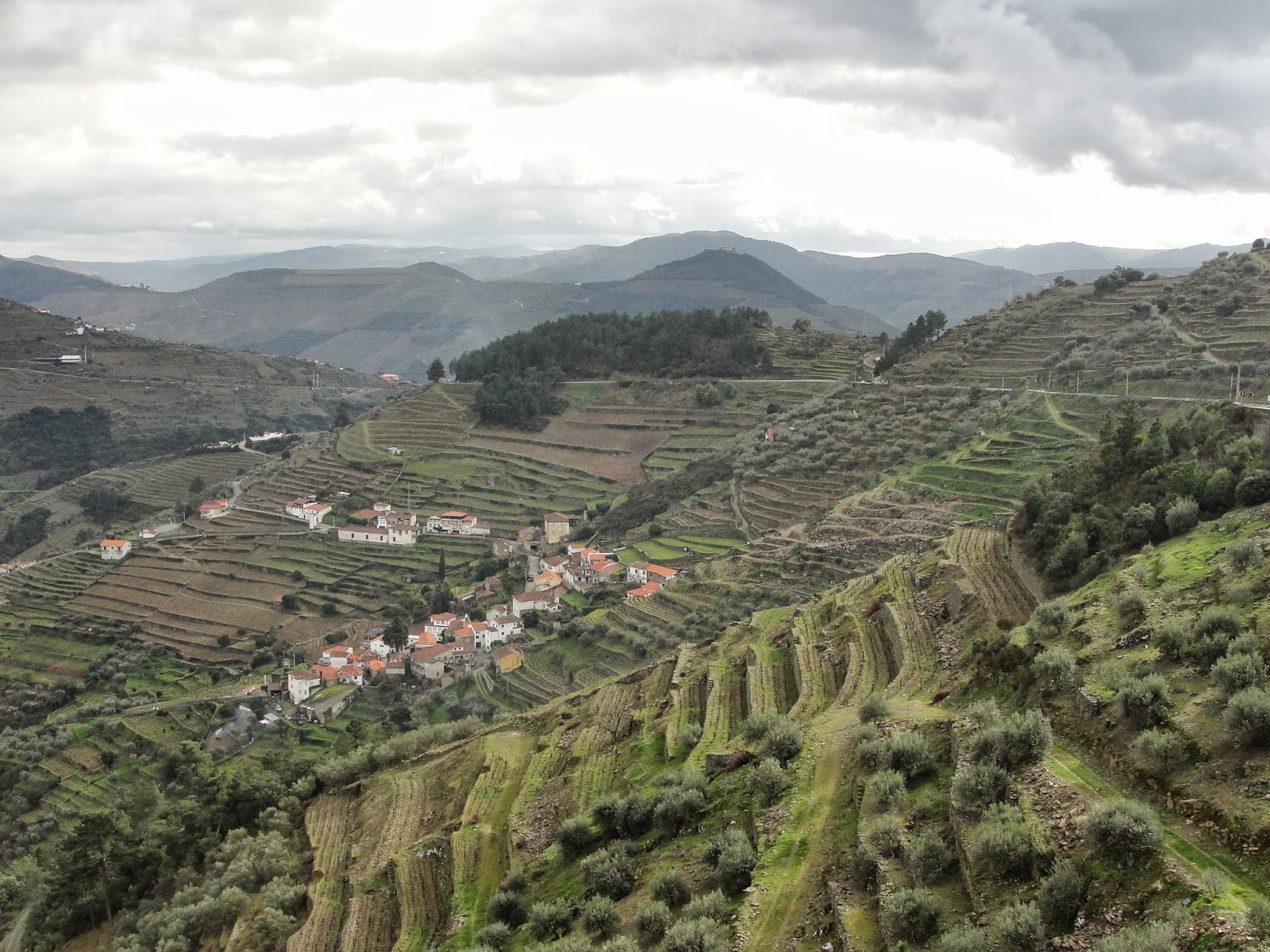 the vineyards and olive orchards were stunning 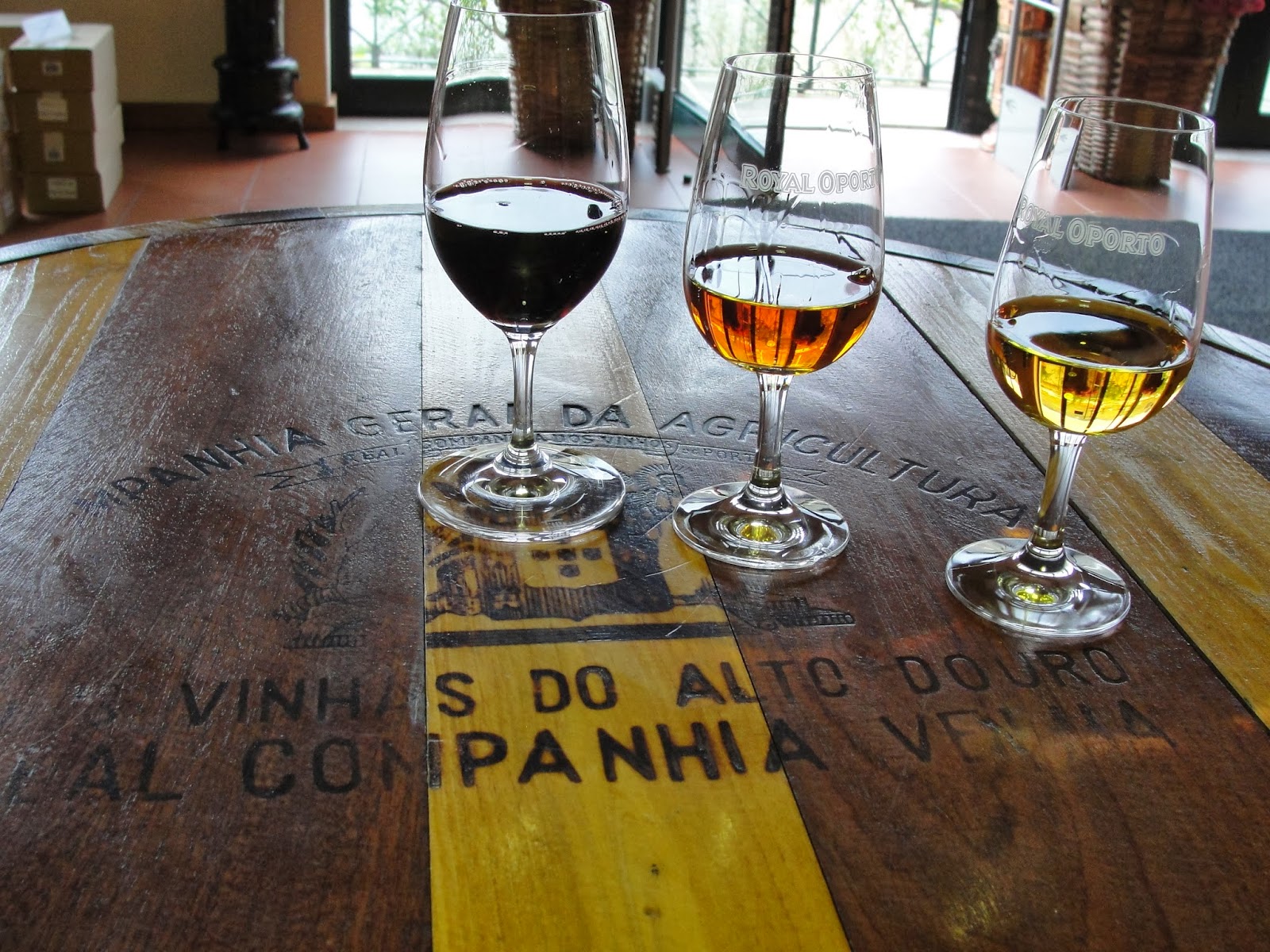 and we did squeeze in a tasting at Real Companhia Velha
because when in Porto...
(and also it was right next to the train station
and we had some time to kill)

Totally worth the day and Euro investment.

Back in Porto we visited the São Francisco Church and adjoining catacombs. The church is about 600 years old; during the 18th century artisans covered every inch of the interior with the most incredible gilded wood carvings. (Around that time, Napoleon also decided to use the church as a horse stable. Quel bouffon!) 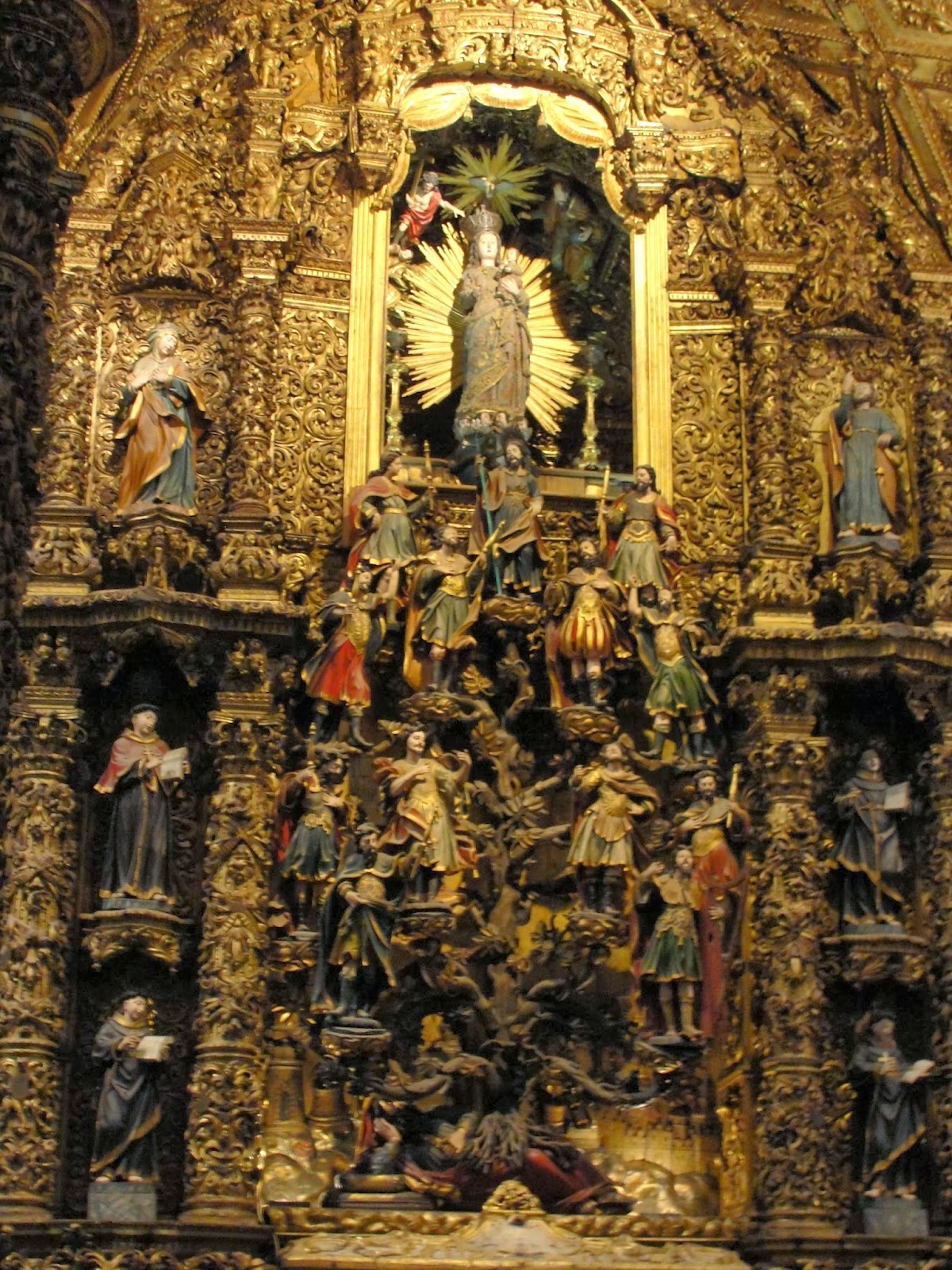 3 meters high? maybe 5?
google it for better pictures -
we had to sneak this one

Beneath the church are rows and rows of tombs. The church is the resting place for thousands of folks awaiting Judgment Day... but don't get any ideas - burials were banned in 1866 due to health concerns. 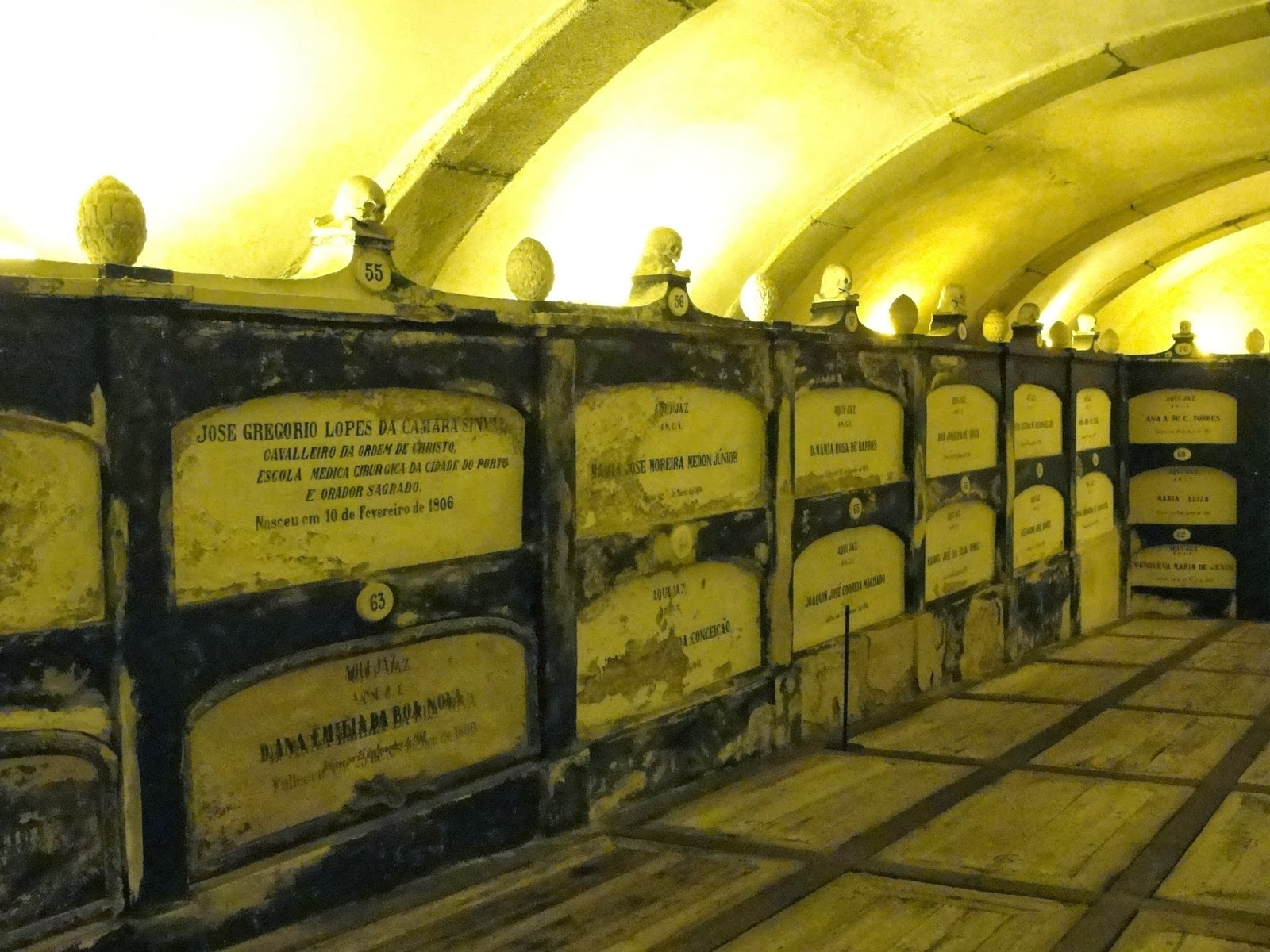 plaster skulls adorn the rows
and the floors are tombs too

It cost a few Euro each to see both, again totally worth it.

We visited a few museums. Many are free or free from 10am-2pm on Sundays, and the one we did pay for (because we went on Saturday) was at a reduced price since they were between exhibitions. Three museums for €5 sounded good to us... 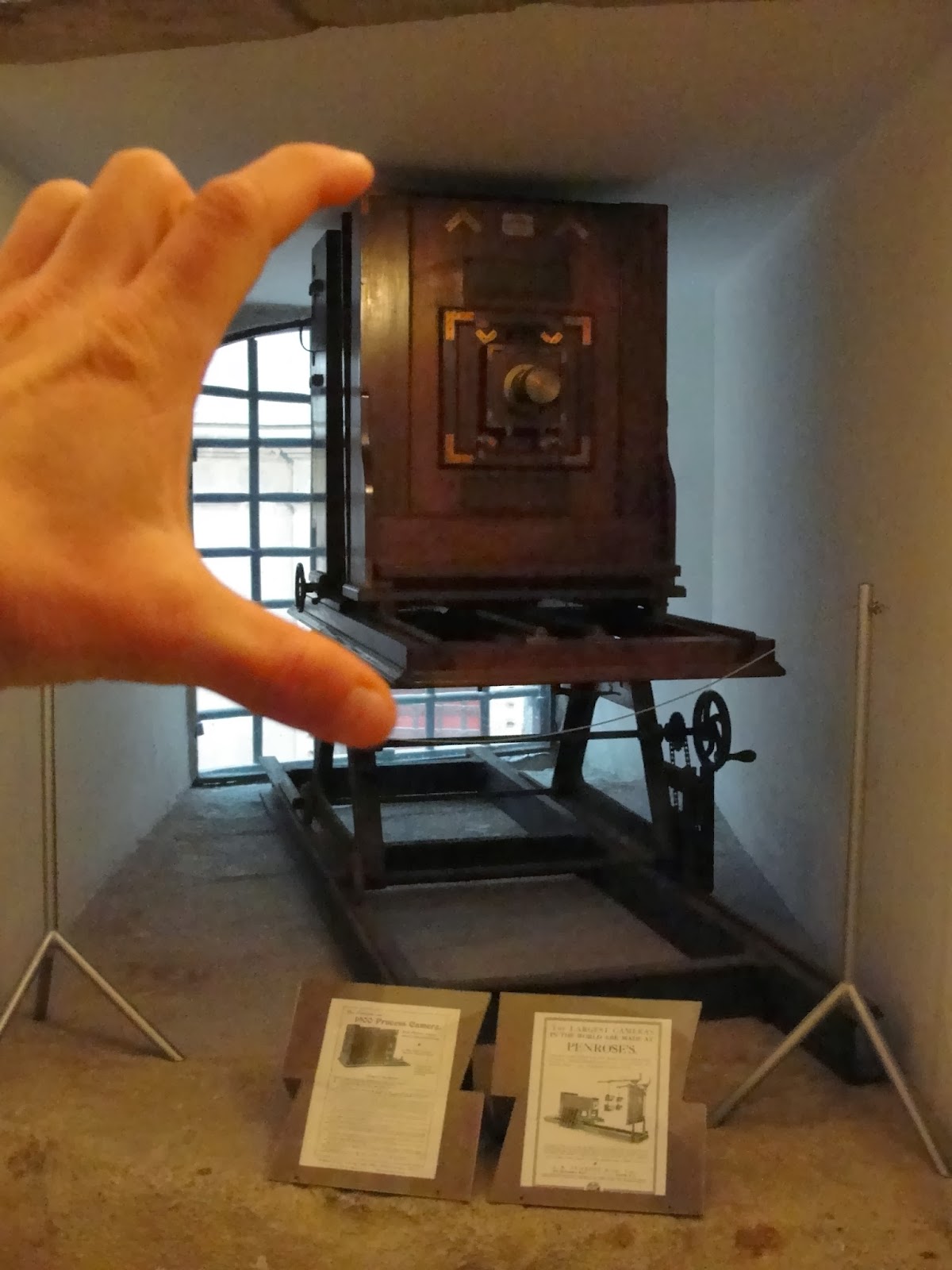 the world's largest camera
was pretty neat too 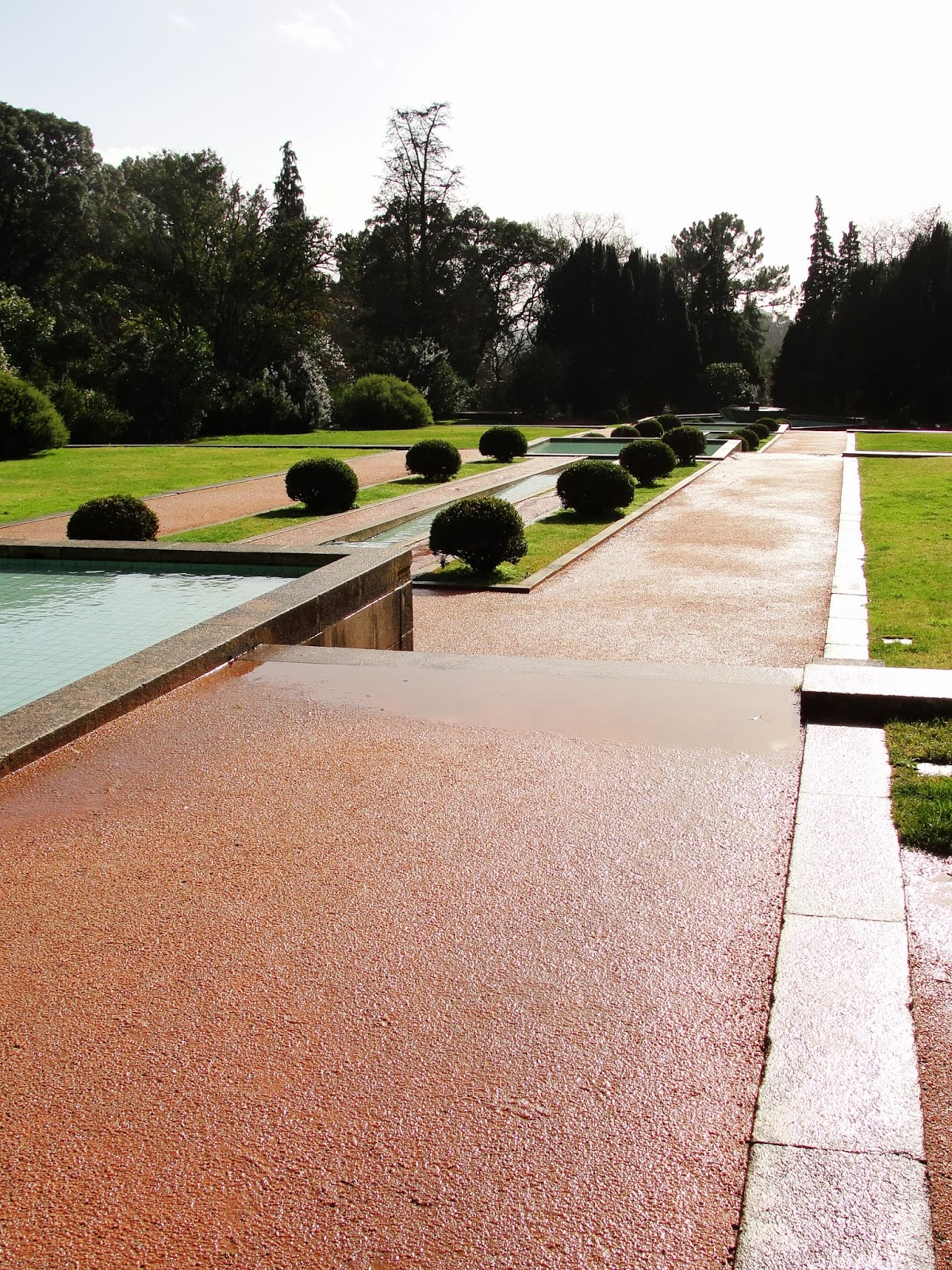 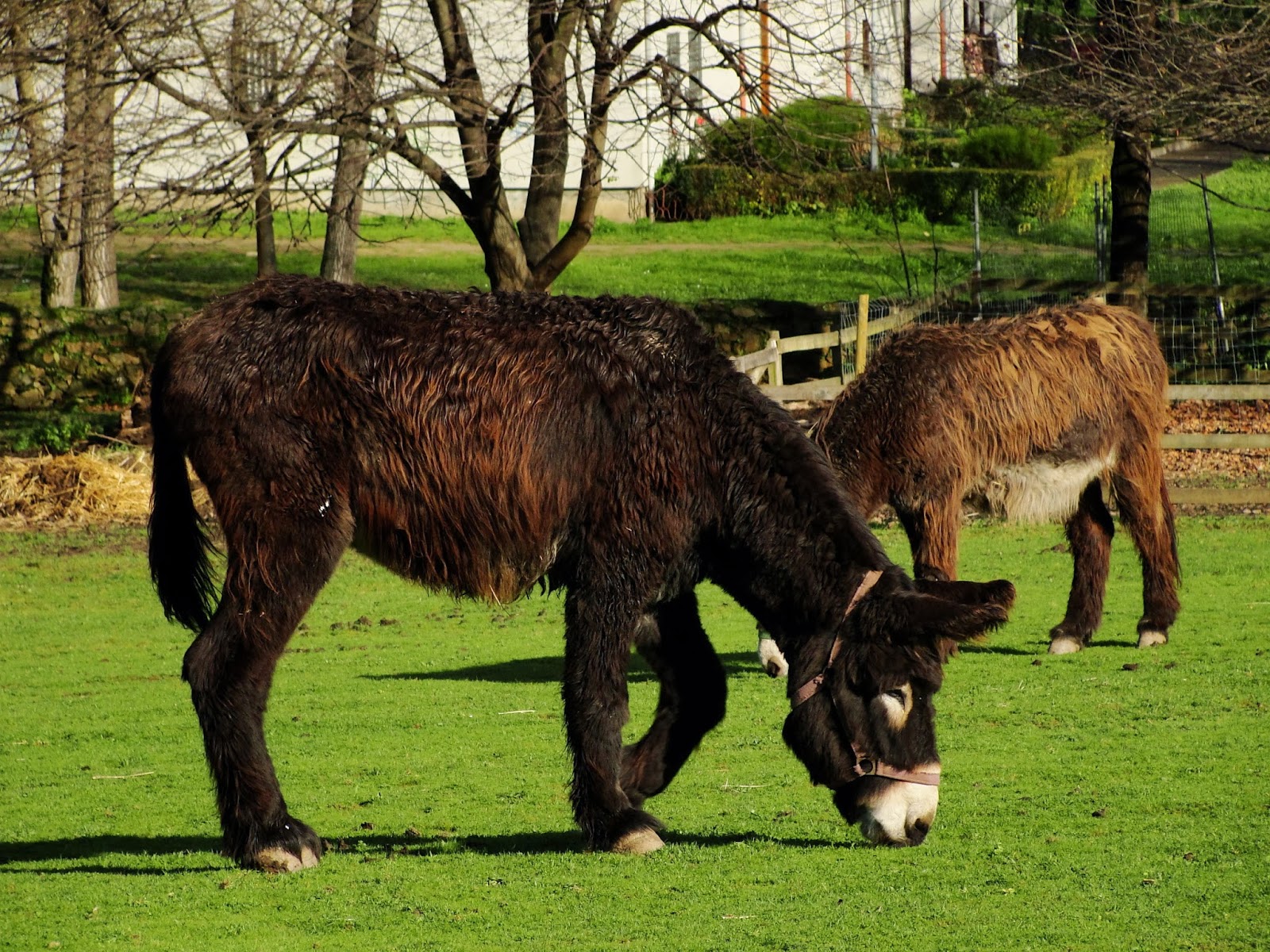 It was a very bizarre but beautiful place and I'm glad we had a chance to visit it. 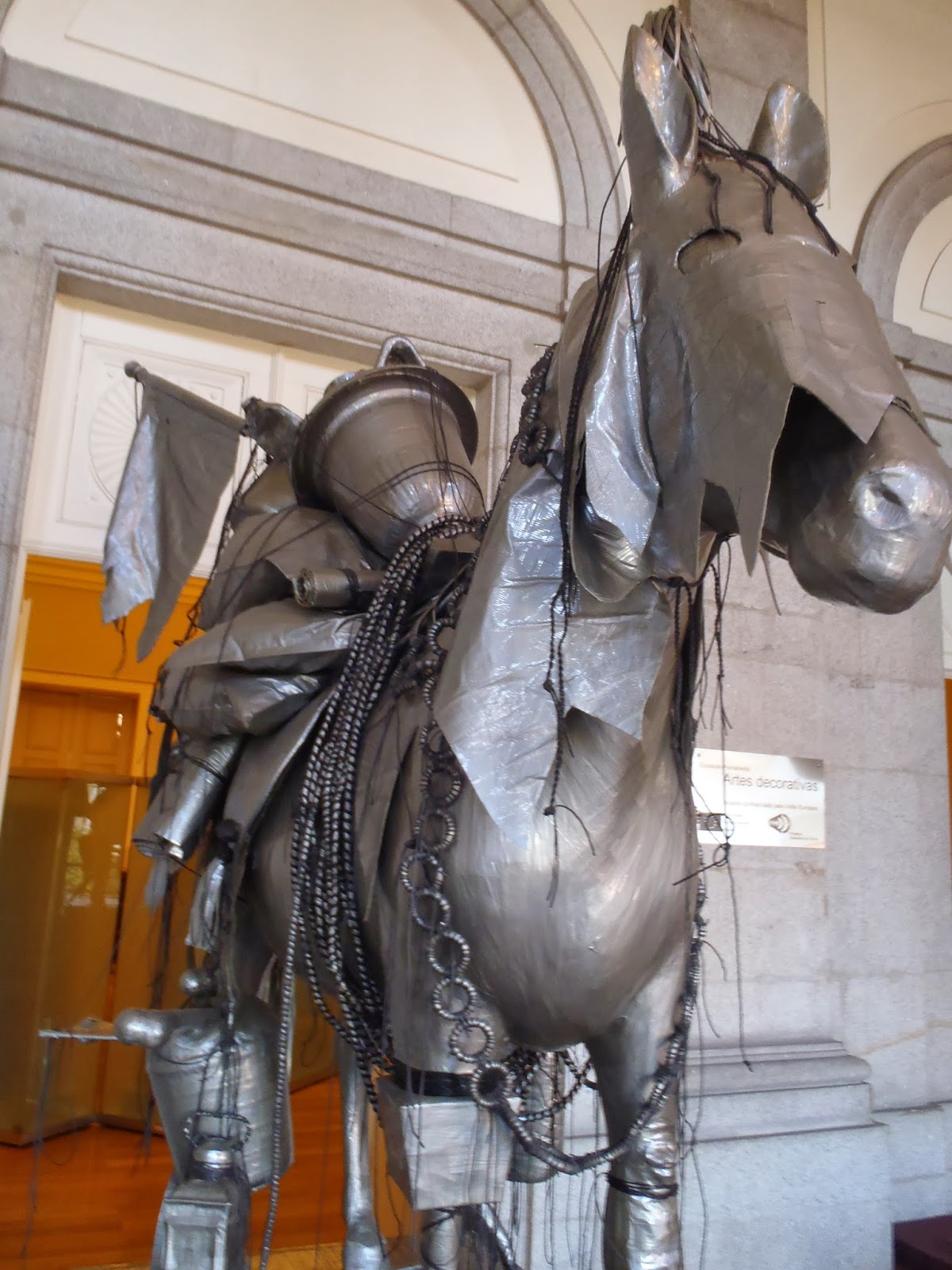 AND???
IT HAD A DUCT TAPE PIRATE HORSE
OMG

The other big tourist thing to do in Porto is to wander to Sao Bento station and Se Cathedral, and then walk across Ponte D. Luis I bridge to the port side of town. (They reeeeeeally push the "walking across the bridge" part which implies that some people opt to take the tram across the river. Our walk involved sideways rain and high winds; still would not have traded it for the tram ride.)

Anyway. From there you can visit tons of wine caves and fancypants restaurants, but we don't do that sort of thing and the weather wasn't great that day so we just took a few photos and headed back for pastries and coffee. The views were lovely when the sun broke through the clouds though. 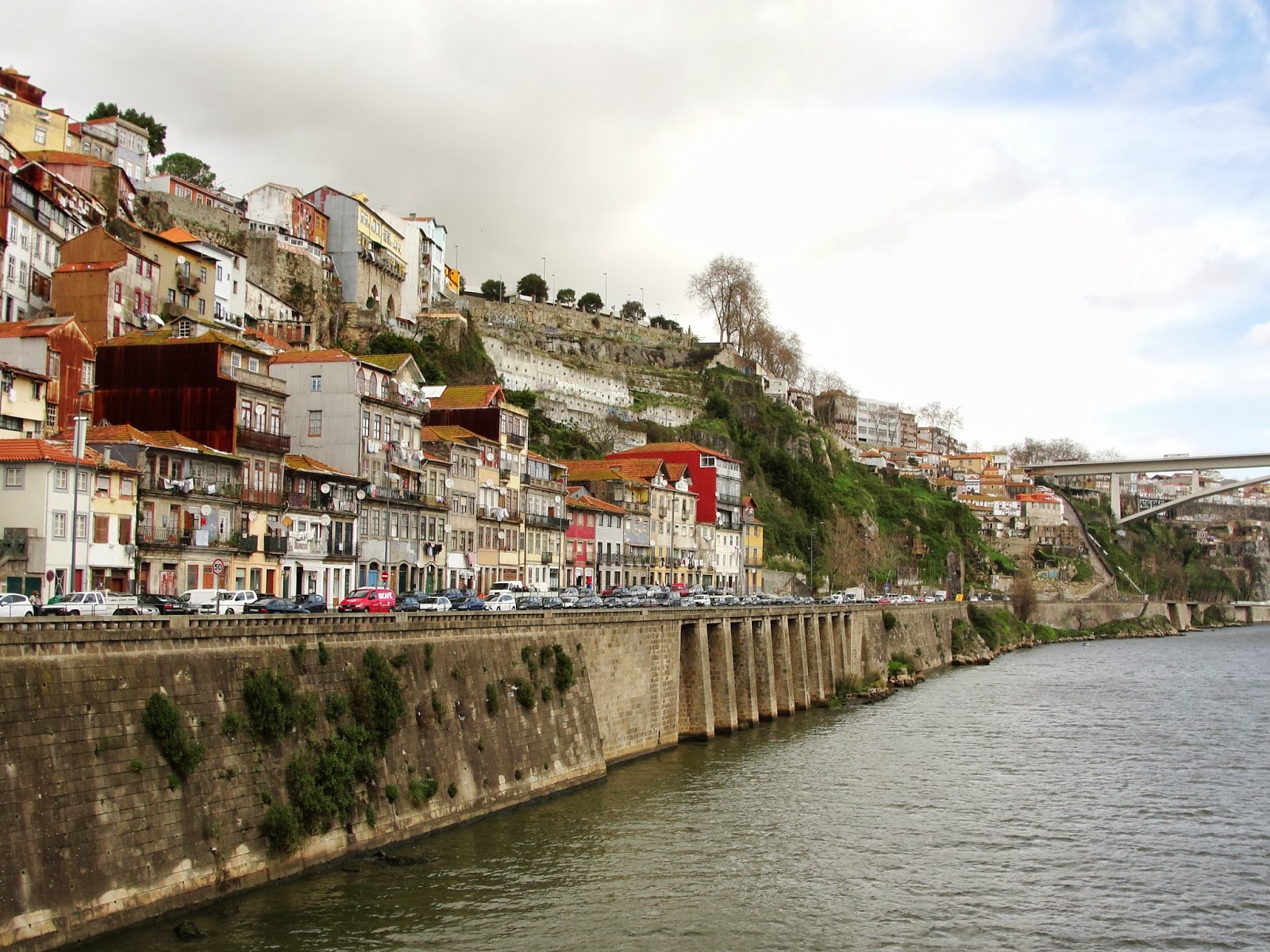 We checked out Livraria Lello & Irmão and Chamine da Mota, bookstores famous for their staircase/Harry Potter inspiration and completely random antiques, respectively. They were much smaller than we expected.

We visited the Mercado do Bolhao market, also much smaller than we expected since most of the shops are closed for the season or no longer in business at all.  More on this in a follow-up post.

We wandered down the "art spot" - a few blocks of informal walk-in galleries featuring works by local artists. On the way back we checked out the massive Cemetery of Agramonte but only got a little ways in before another downpour.  Wish we could've spent more time there.

Oh, and have we mentioned the pastries? We ate a lot of pastries. Our favorite shop was Bakery Ribeiro, we went there twice and attempted a third but it was Sunday and everything but the museums was closed. Which brings us to... 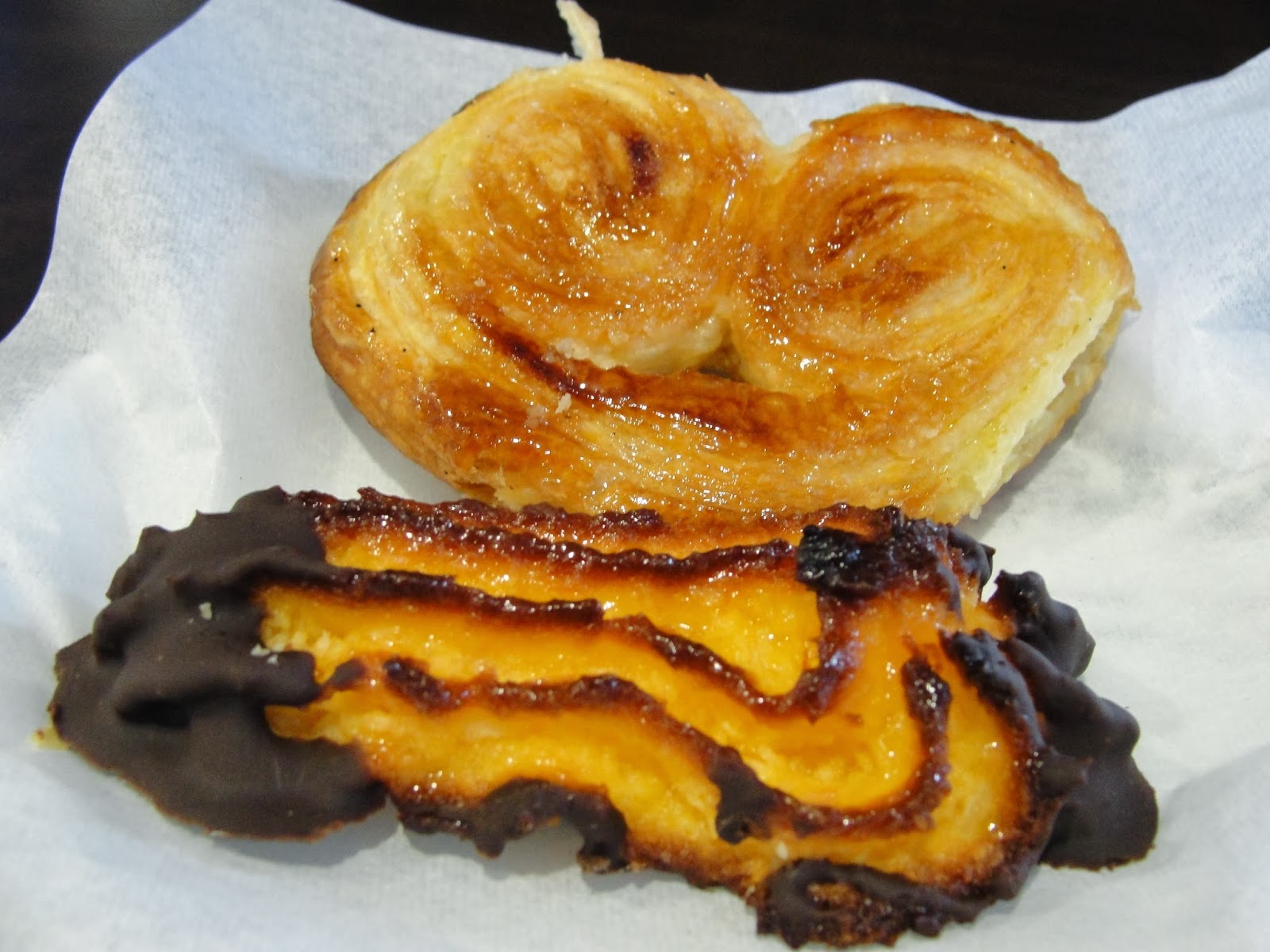 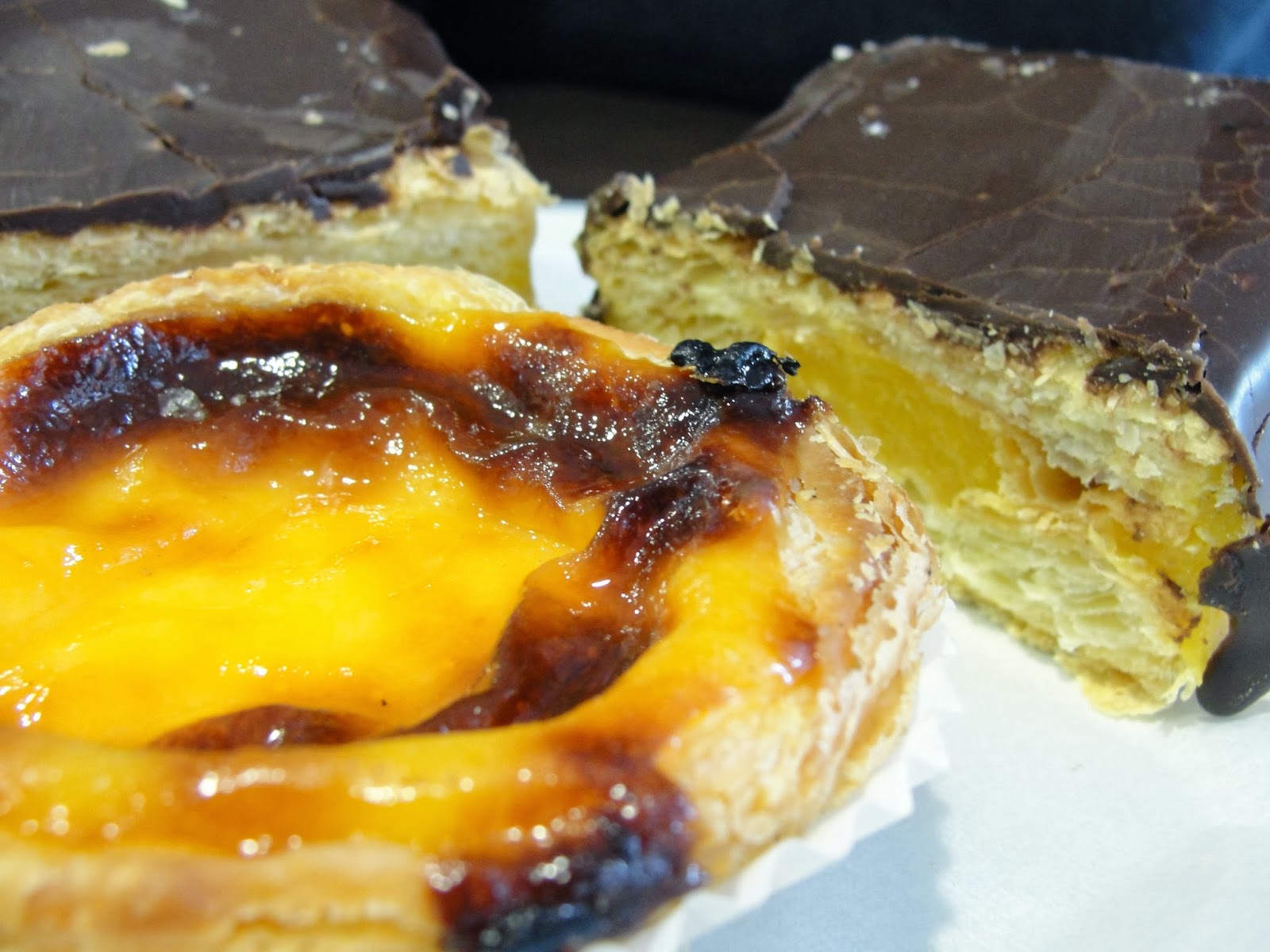 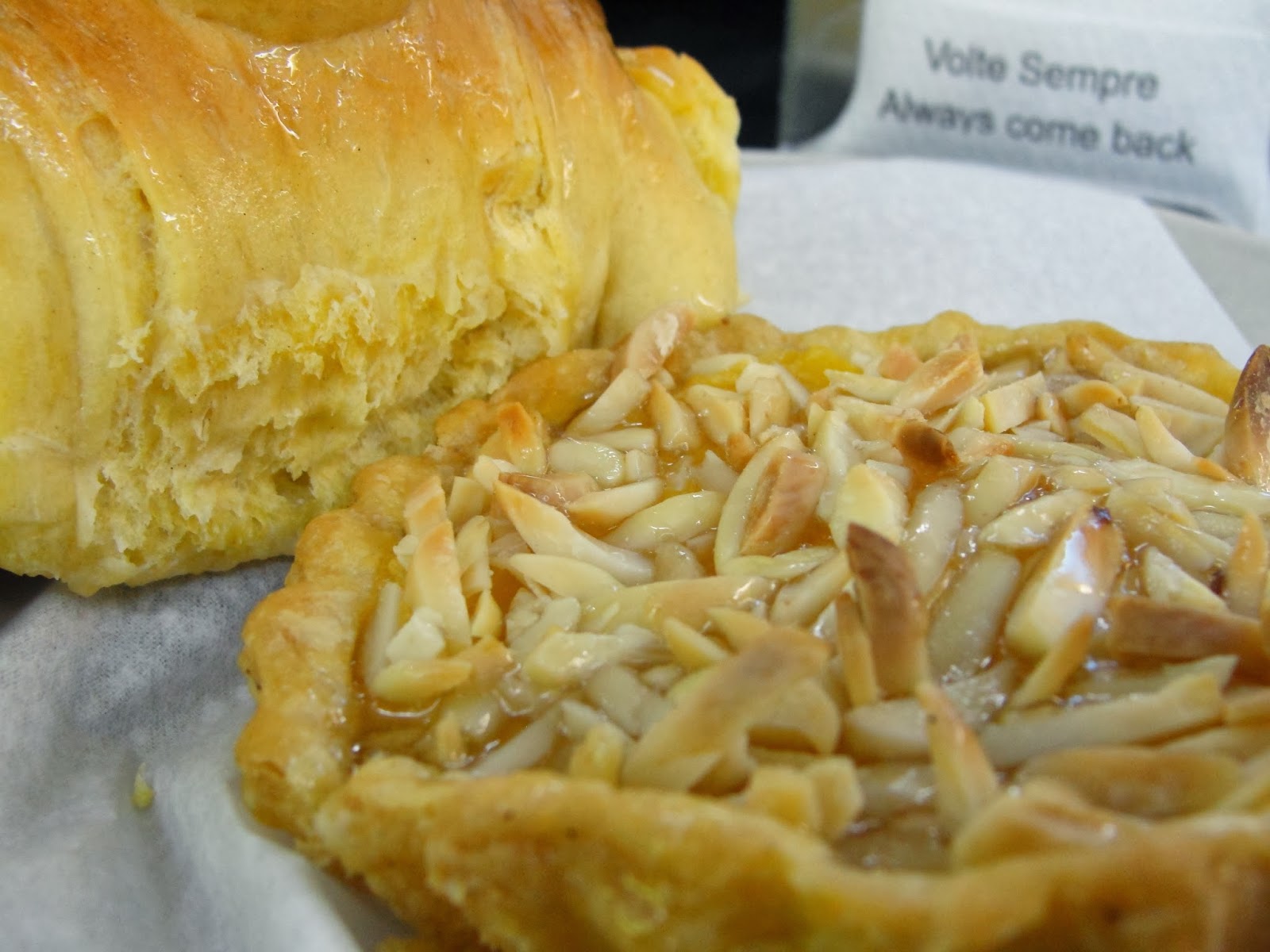 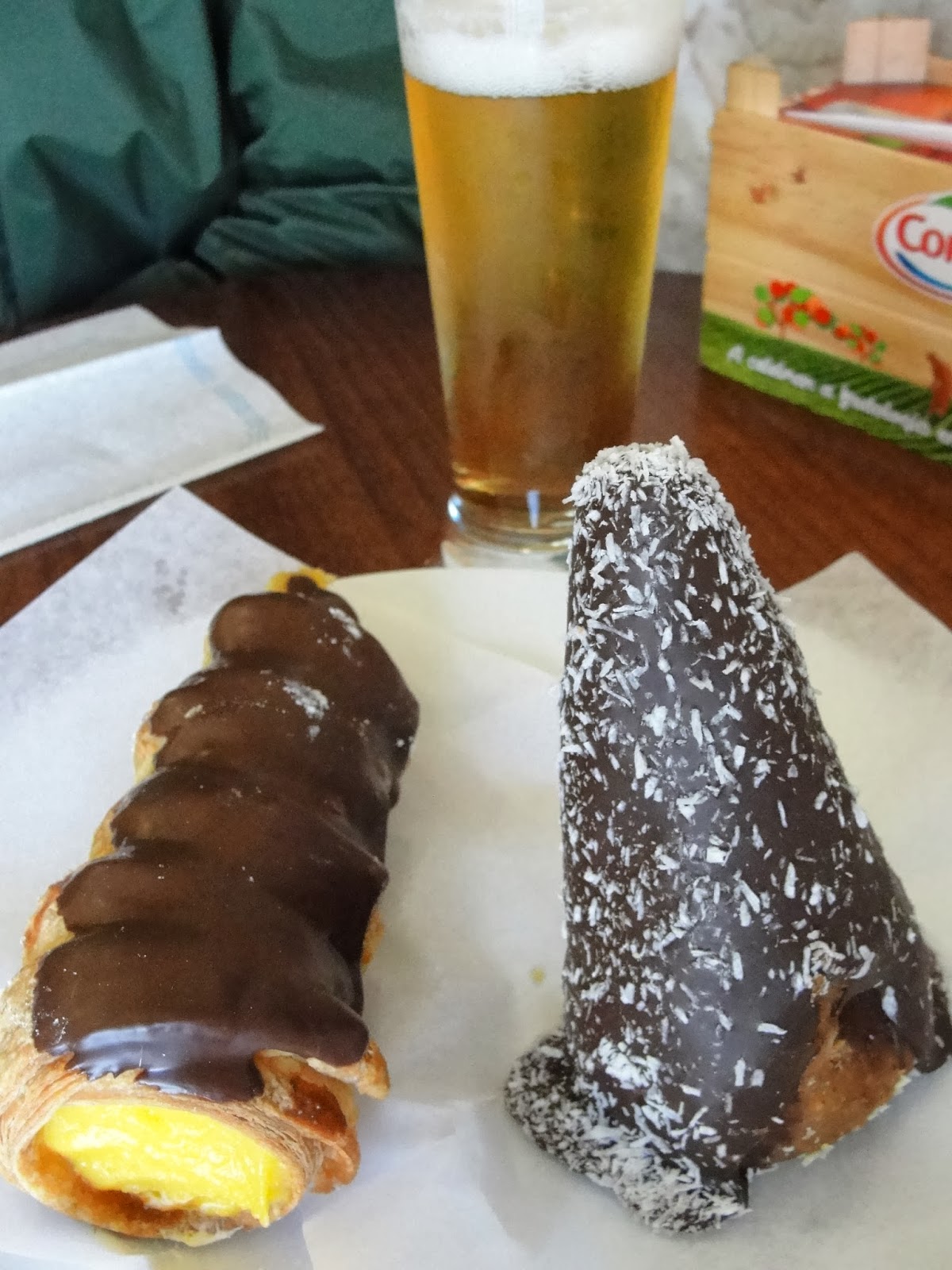 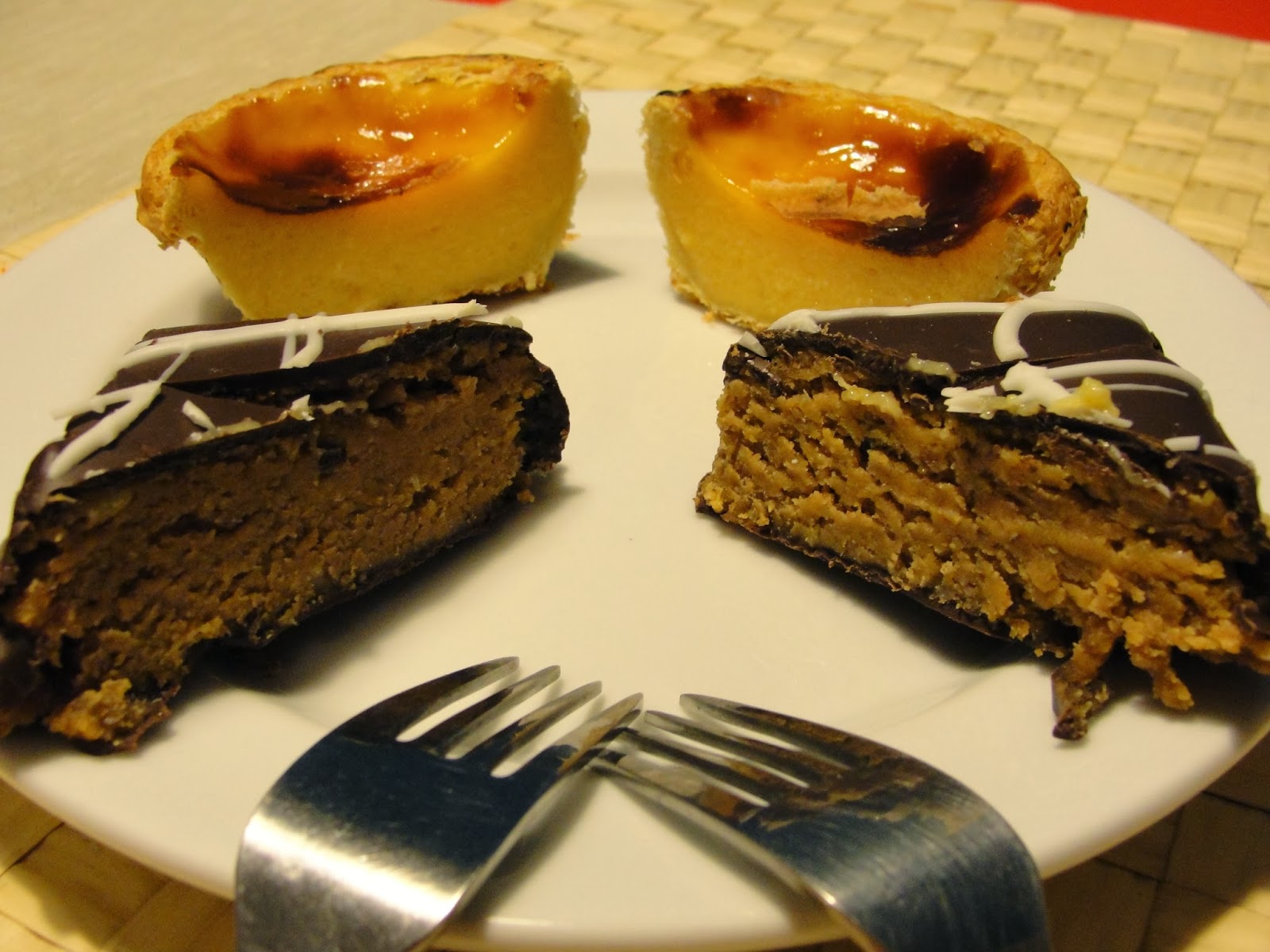 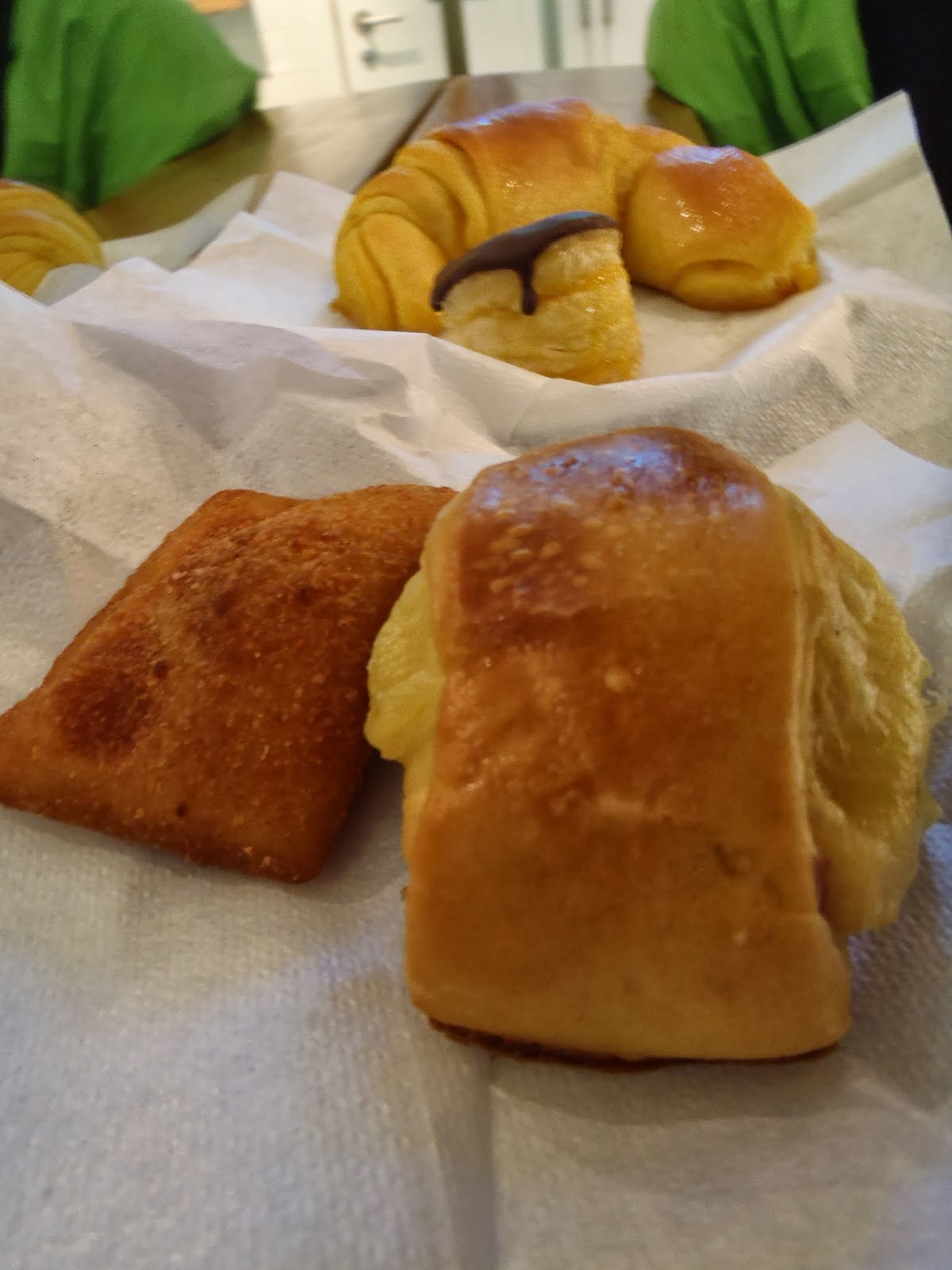 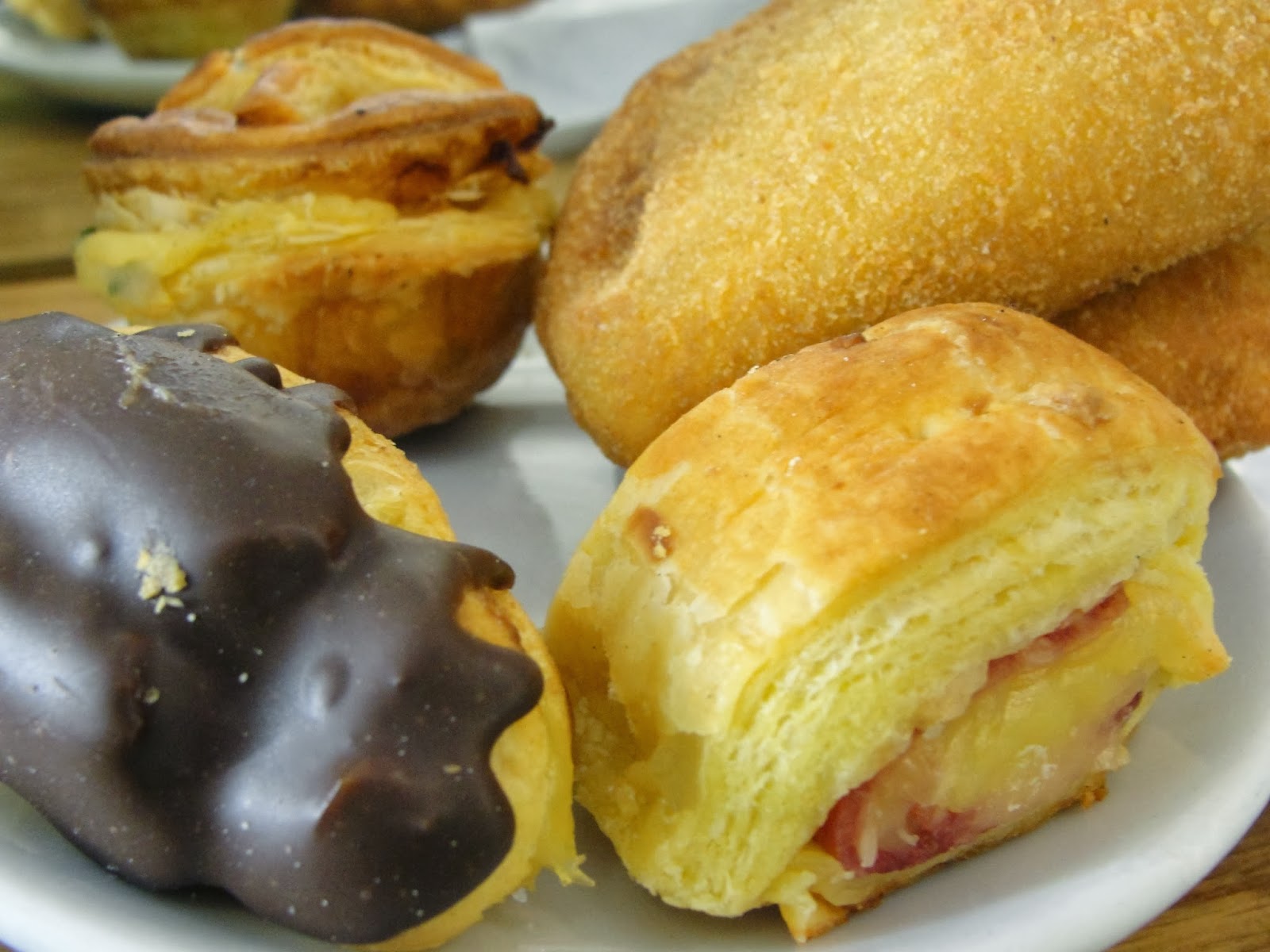 
Which brings us to lodging notes: 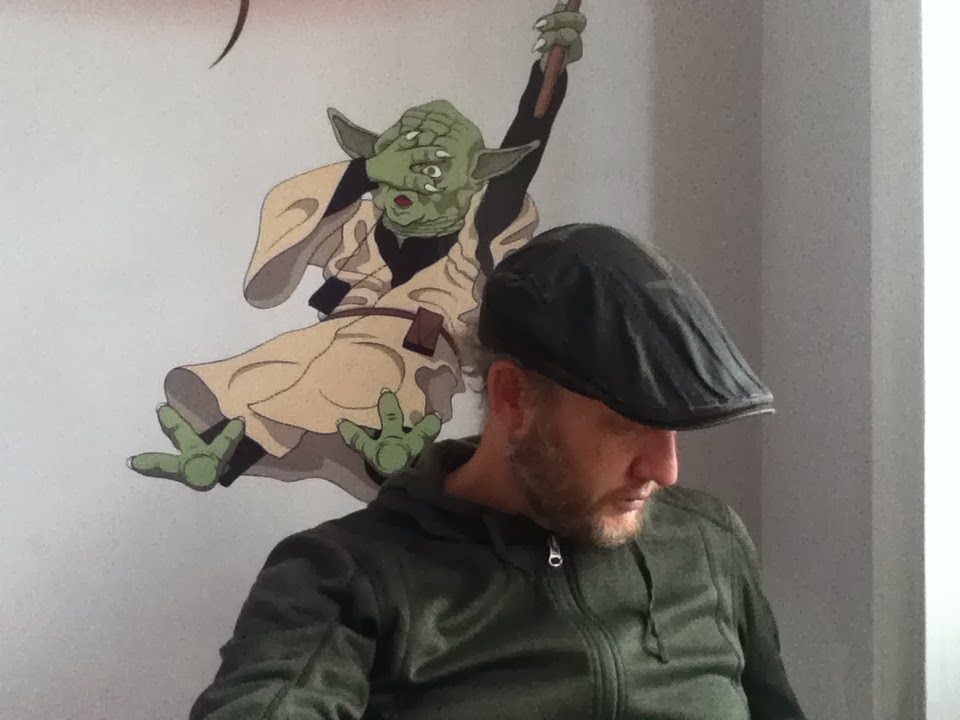 Fine for a few nights. 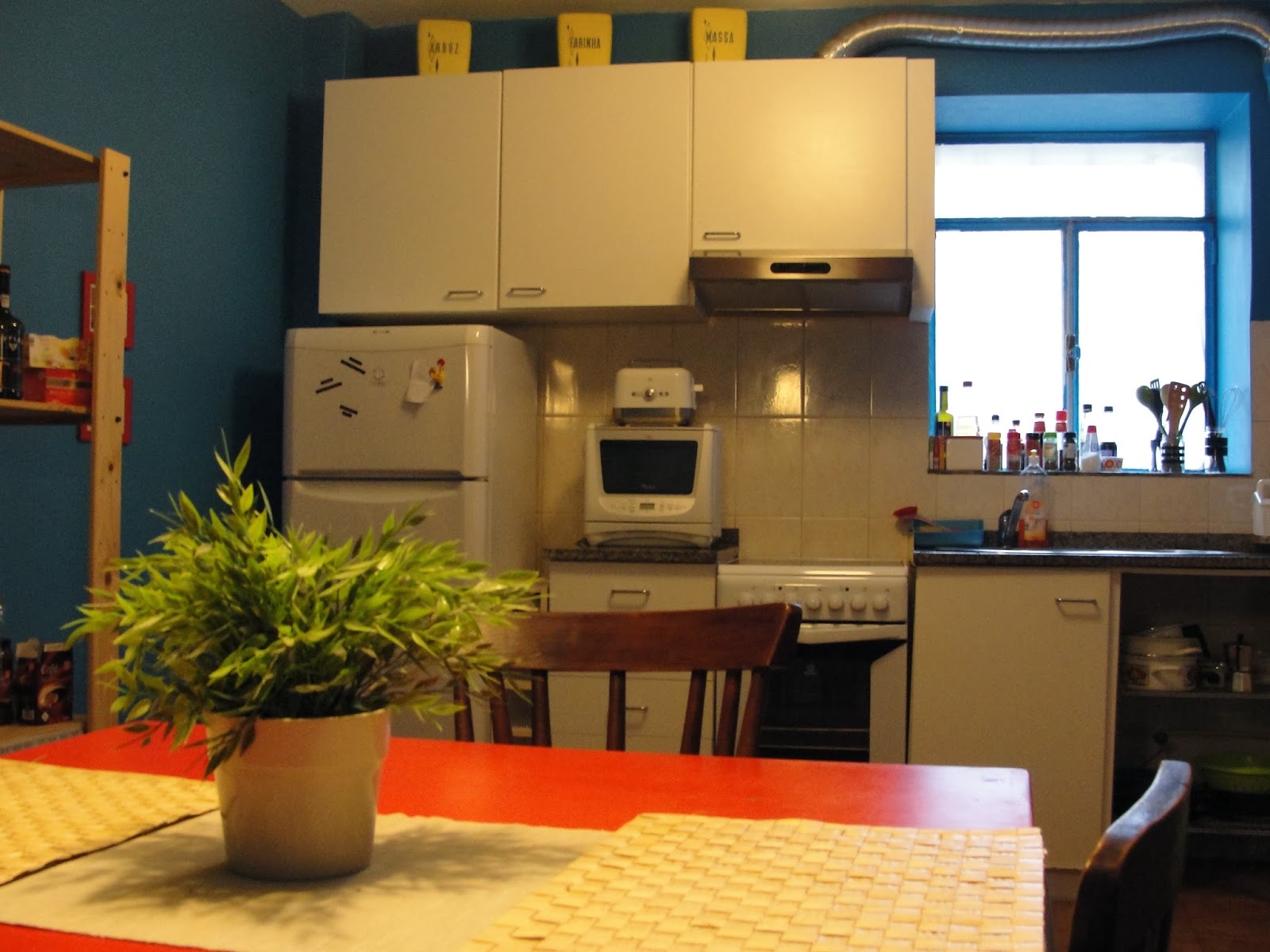 we have our very own kitchen?

Sold. As added bonuses, we also got a half bottle of port and some amazing sea salt with which to cook. We slept on a futon mattress on top of wooden palates but it was so much better than college. There must've been some fate involved because the co-owner of our apartment had studied viticulture at OSU... 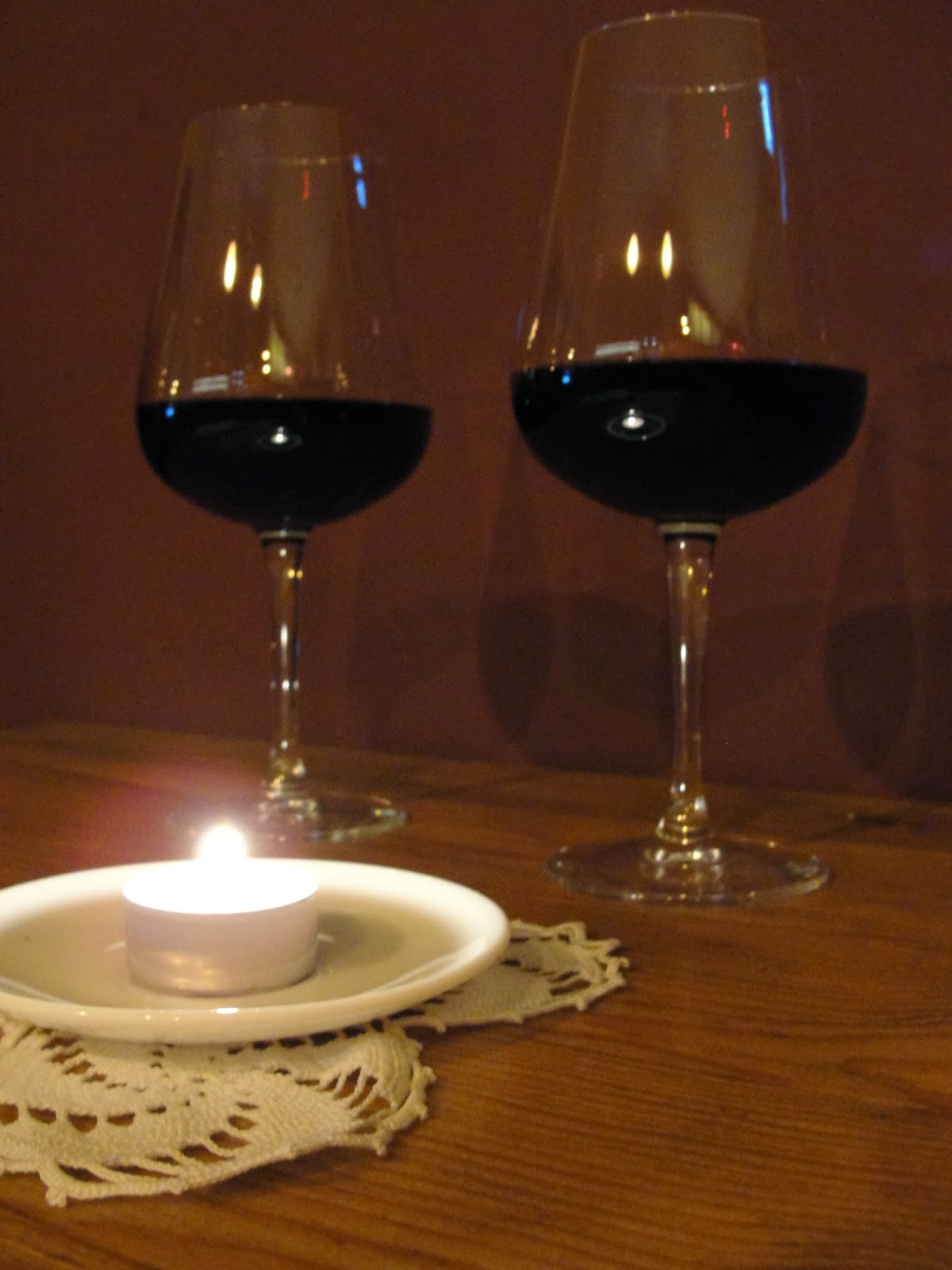 ... and had a very nice wine bar downstairs

How did we do on the "magical reset"? Well, we still walked a million miles. We still went to the grocery store almost every day. There is still a giant hole in Jen's boot. We didn't figure out our Morocco plan or Twitter.

But one day we slept in and only left our rented apartment to walk three blocks and eat pastry. And then we went back home, watched Sherlock, listened to traditional Portuguese music, made dinner, and went to bed early. That was a good day.

Think you guys call those kinds of days "weekends"? 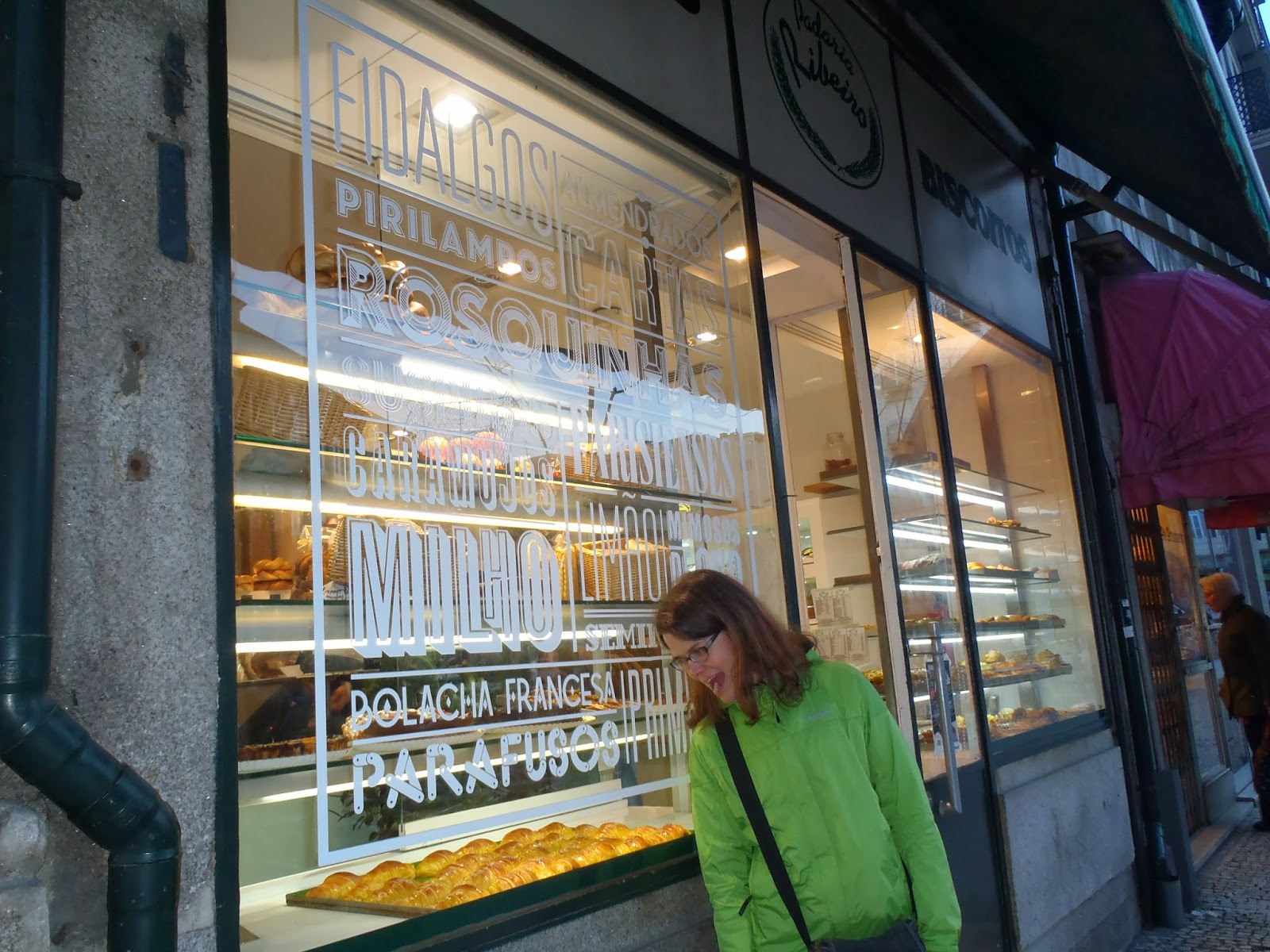 we have decided we need more weekends...
Posted by Slowly Global
Email ThisBlogThis!Share to TwitterShare to FacebookShare to Pinterest
Labels: portugal, western europe