On not even trying to be gluten-free in Turkey.

In case you're just joining us, I am not supposed to be eating wheat or potato.

Not eating the former is a joke in Turkey. A cruel, cruel joke. I mean, you could totally do it if you had to - fresh fruits and vegetables abound, and they do love their meats! It would probably be harder to be vegetarian than gluten-intolerant in Turkey, actually. 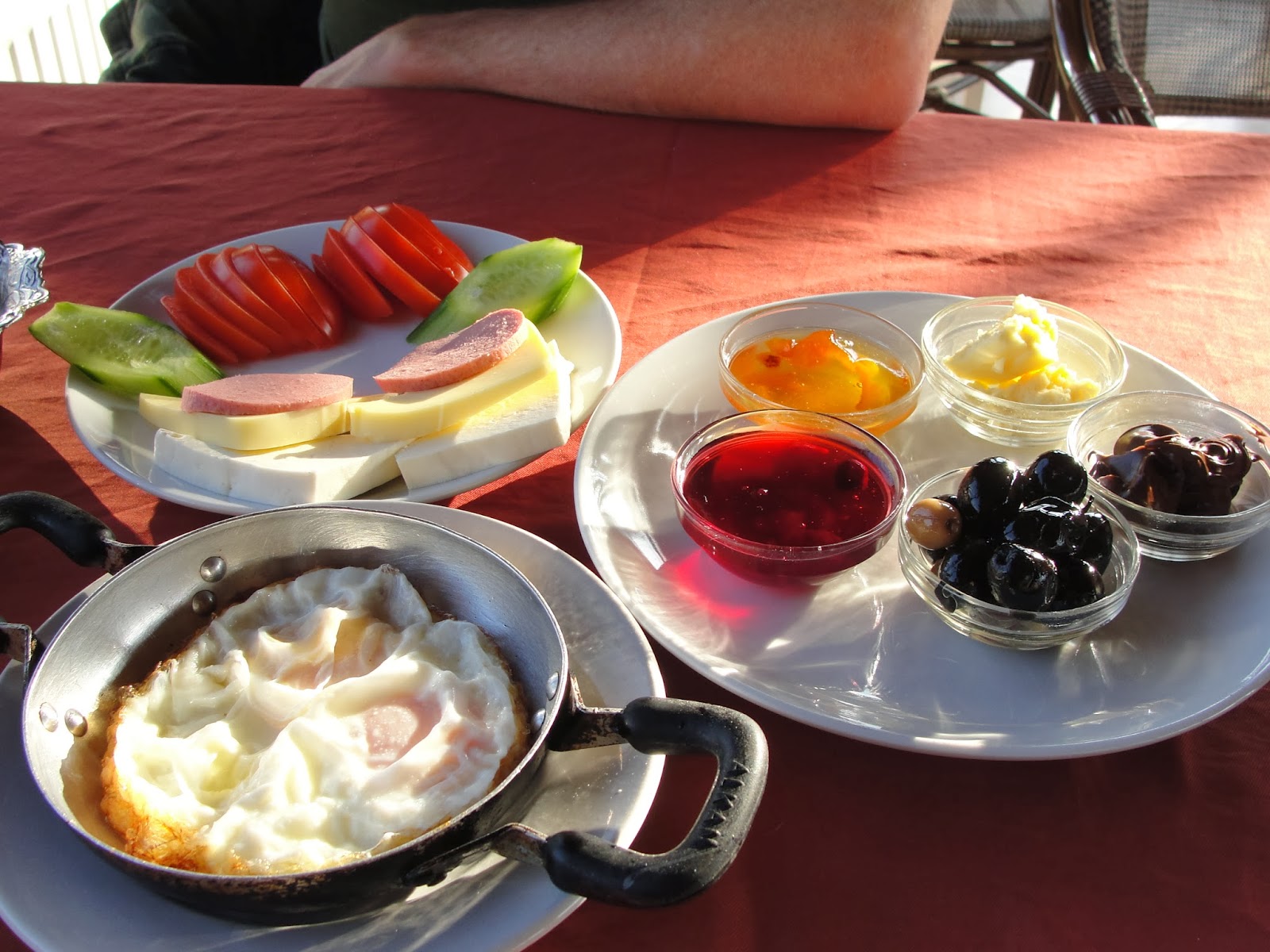 breakfast was always easy
until they set the bread basket down

But if you don't have to go gluten-free, why on earth would you? 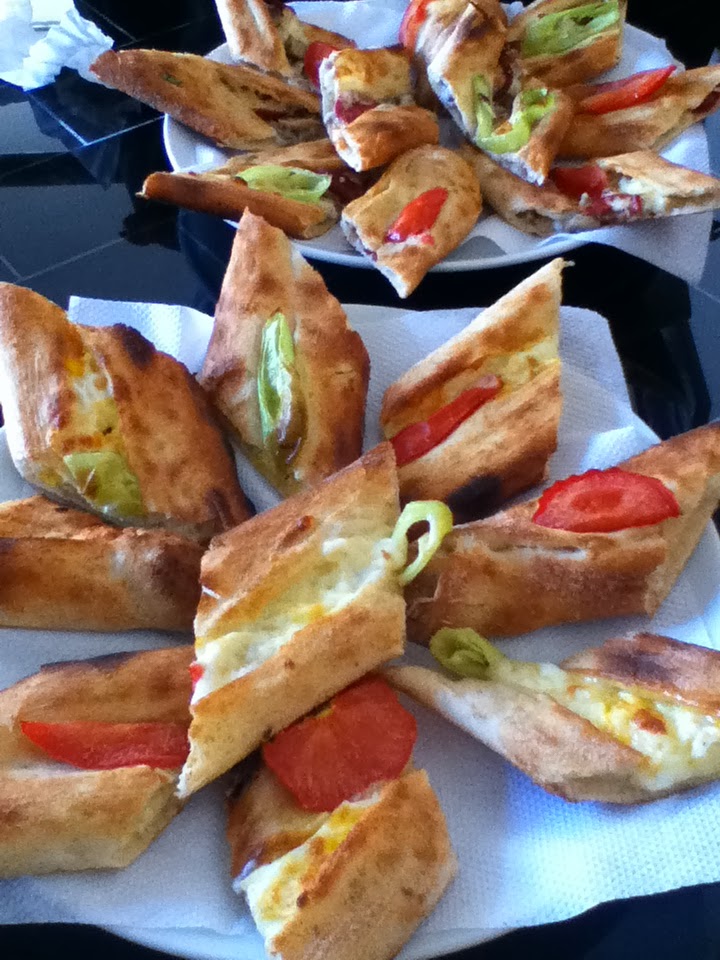 I mean, the pide! 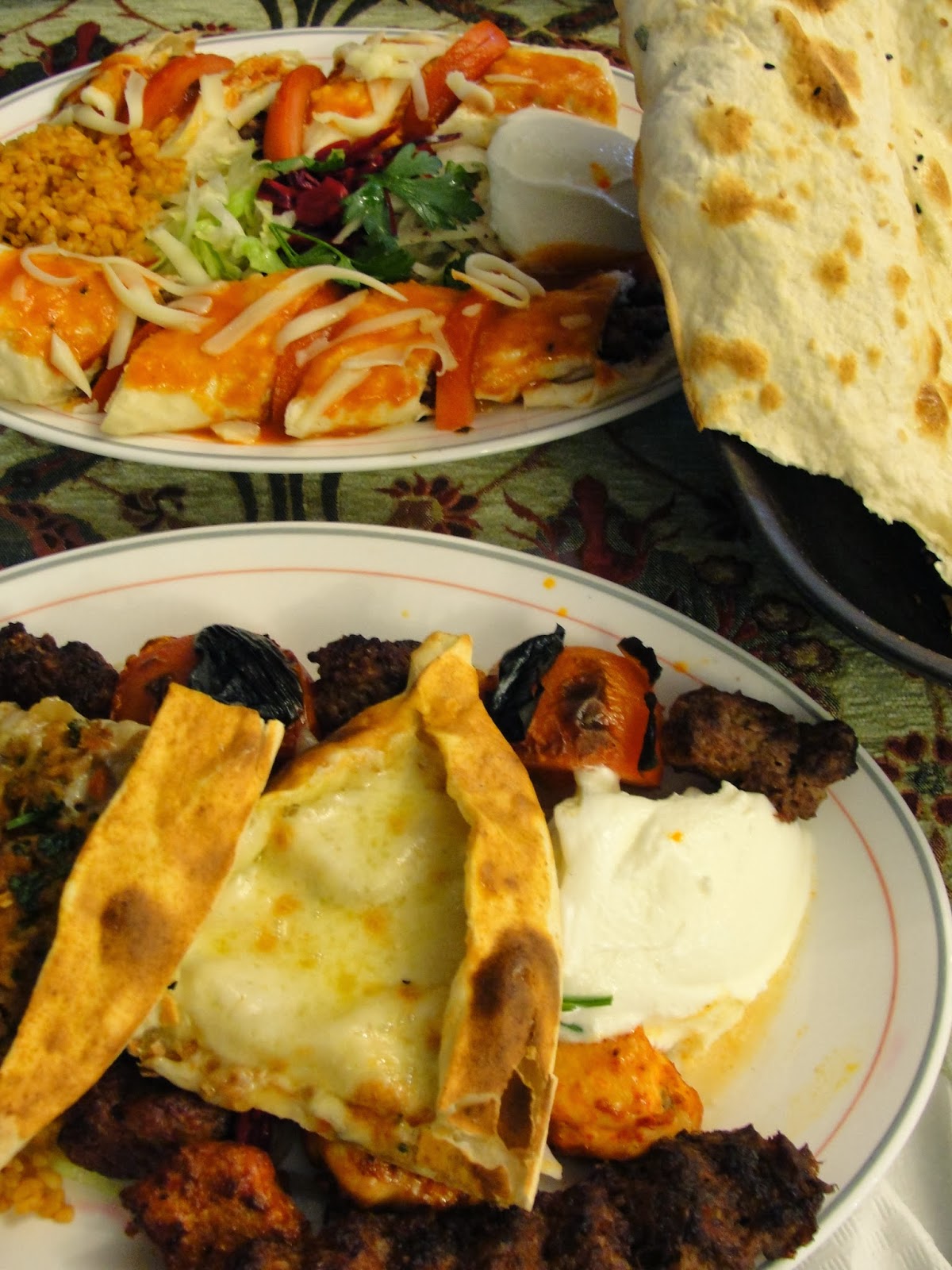 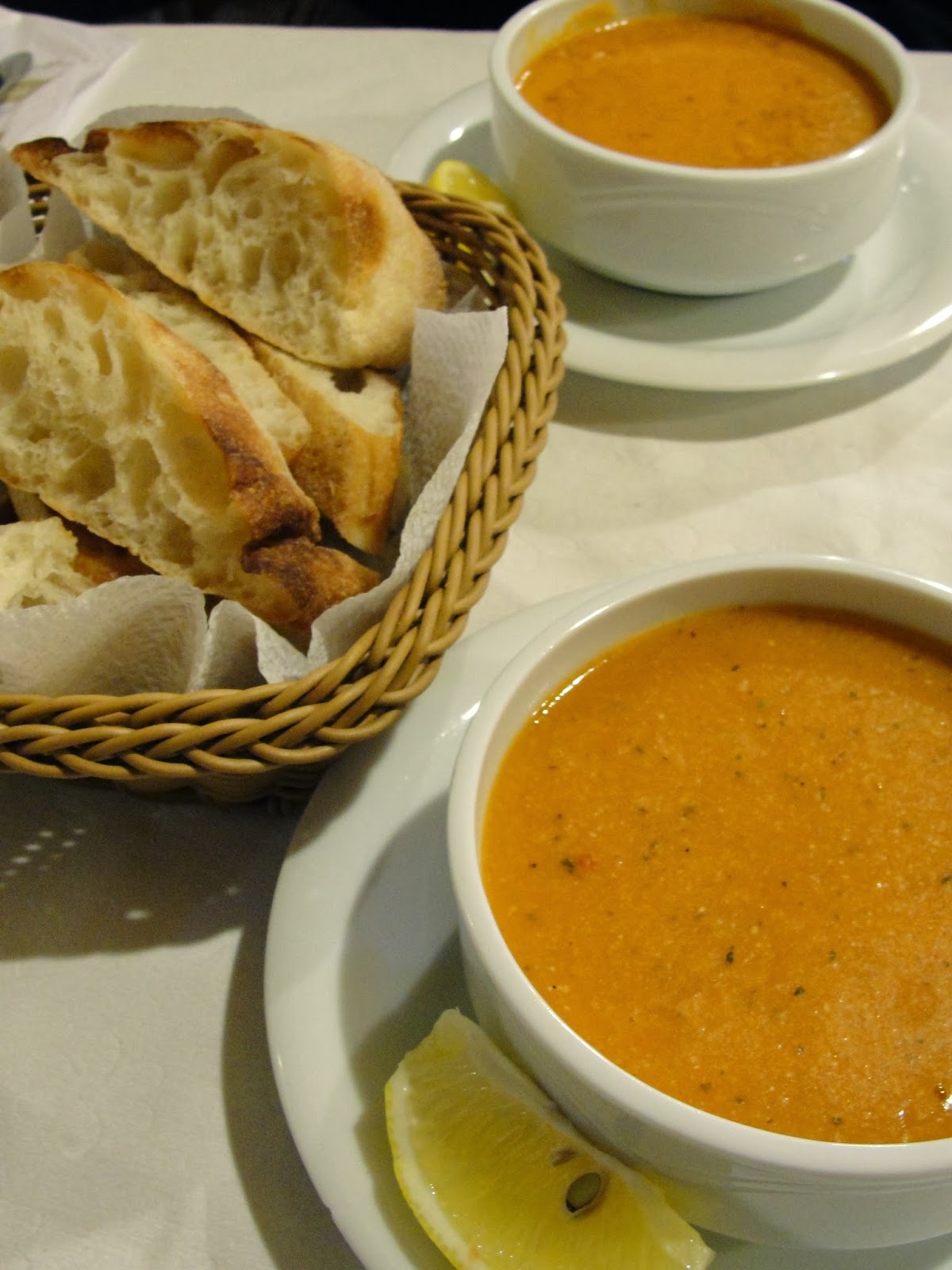 and all the lentil soup
requiring bread for sopping! 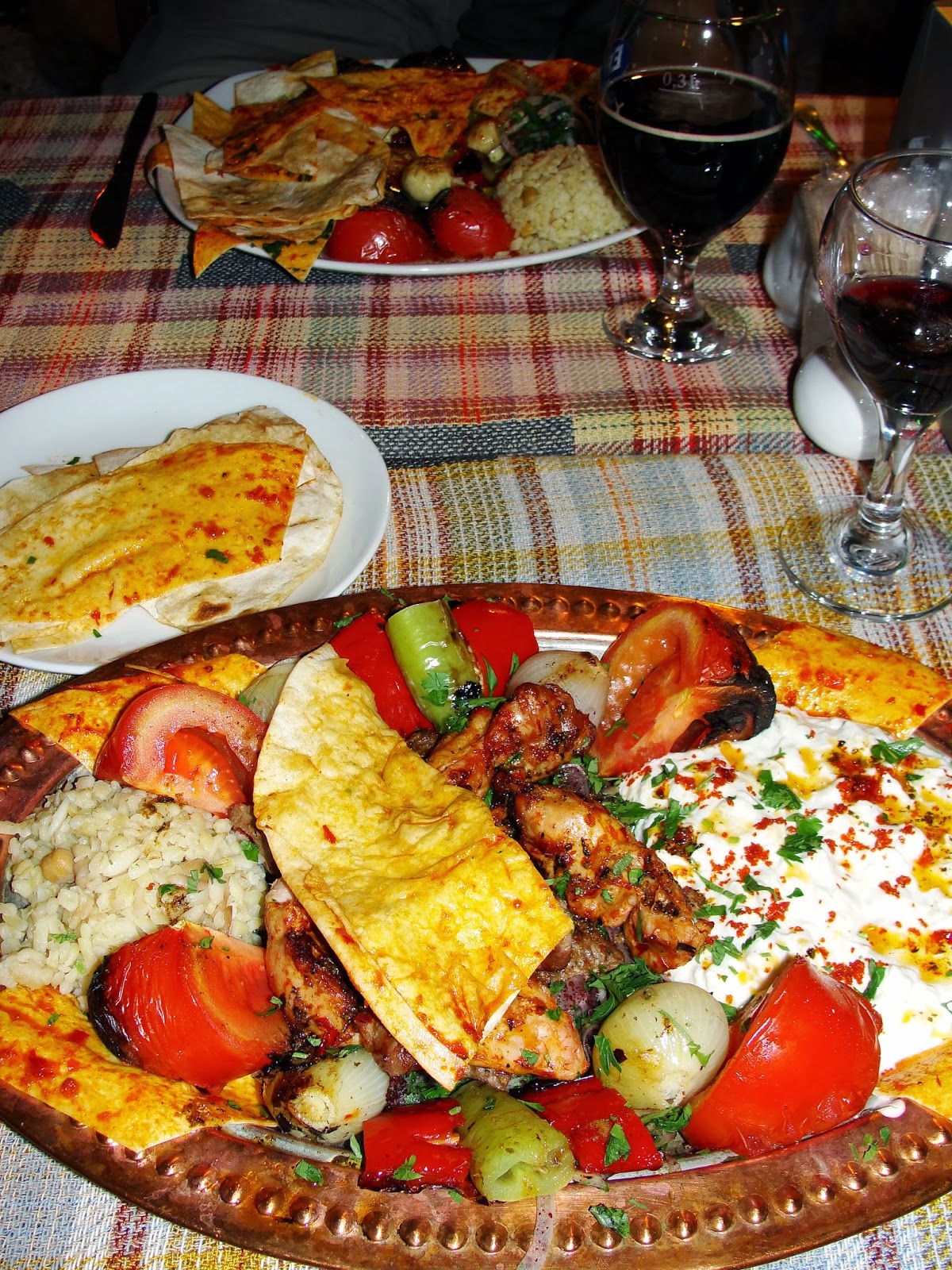 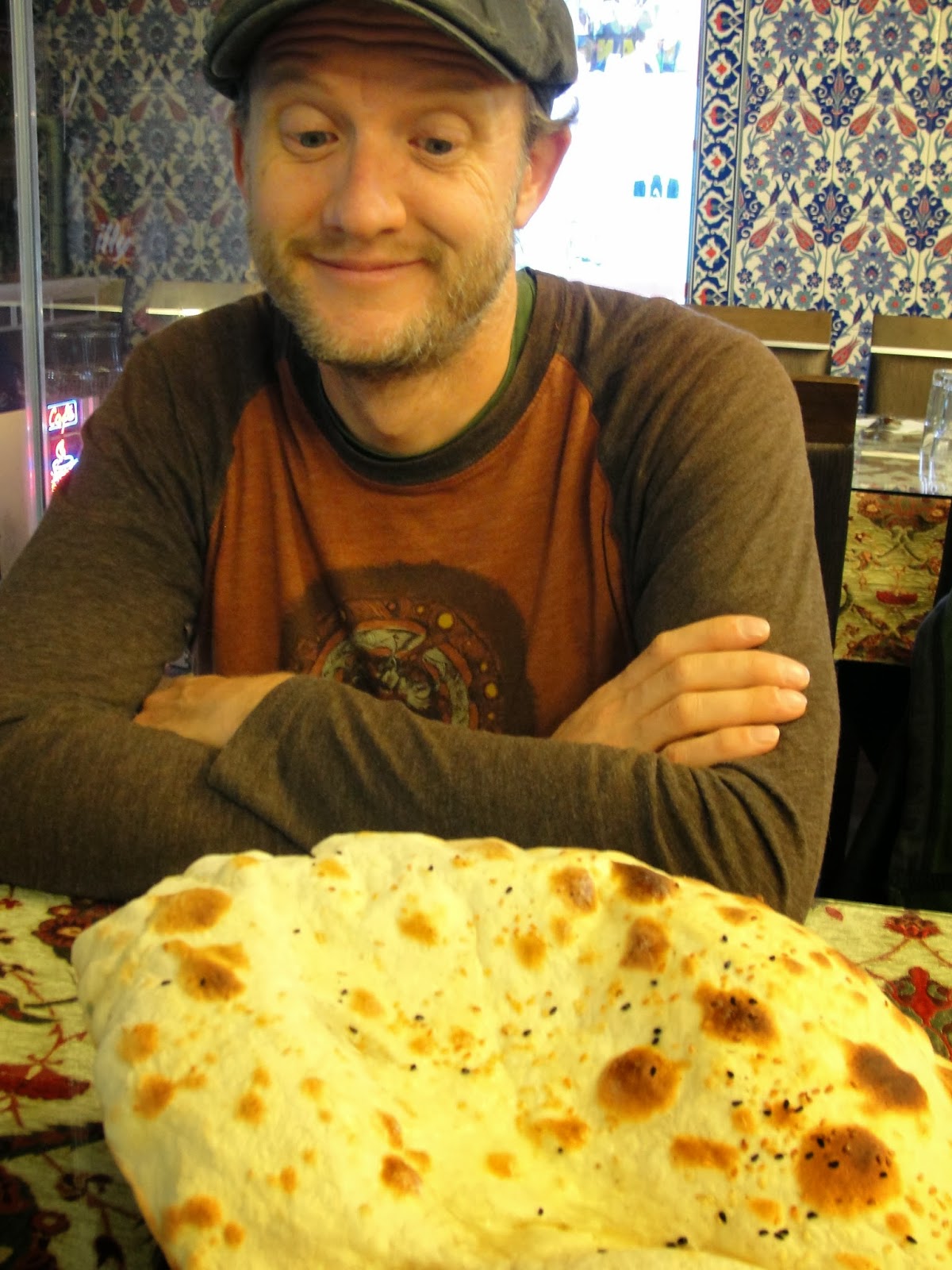 and the giant poofy bread! 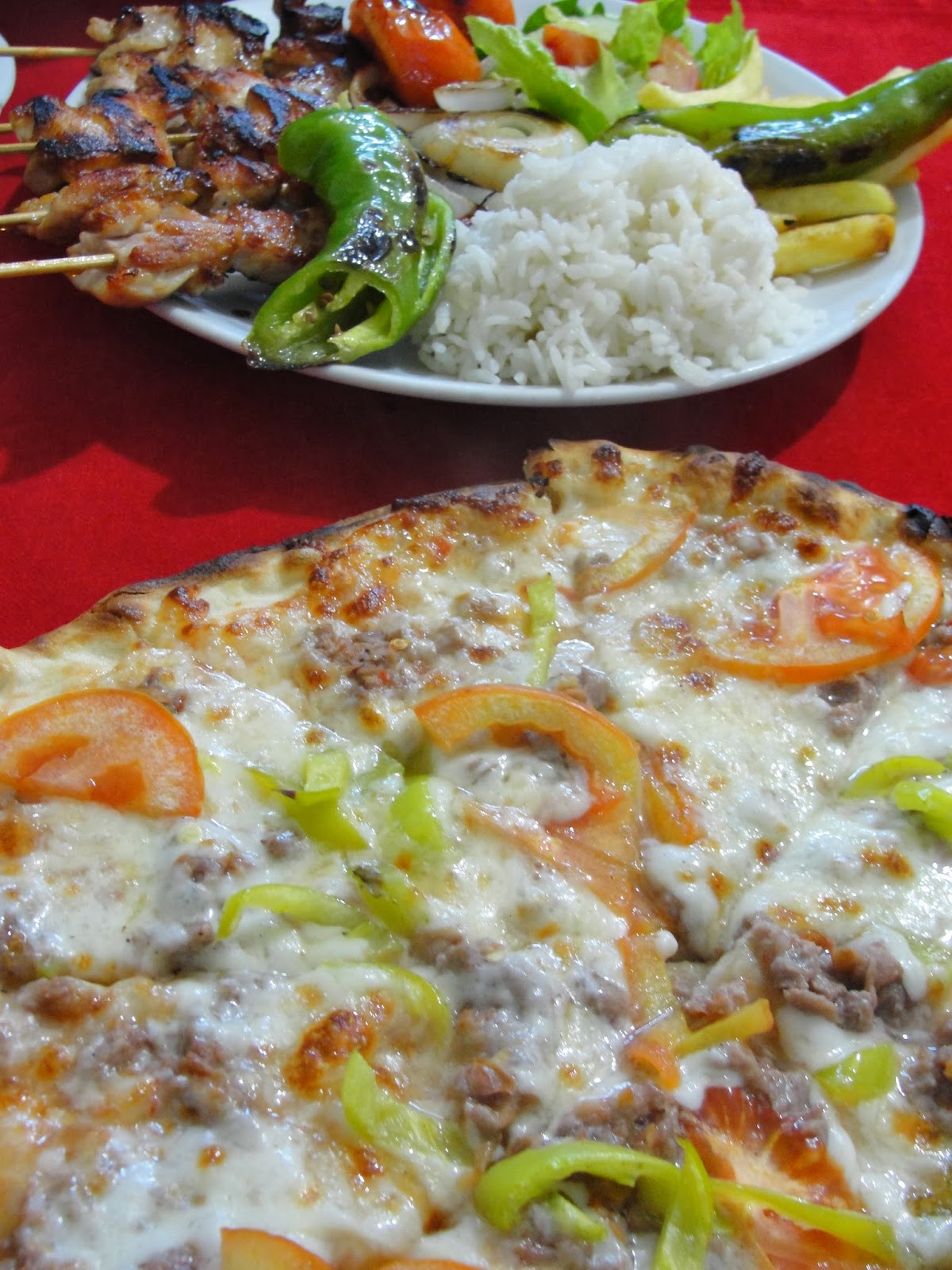 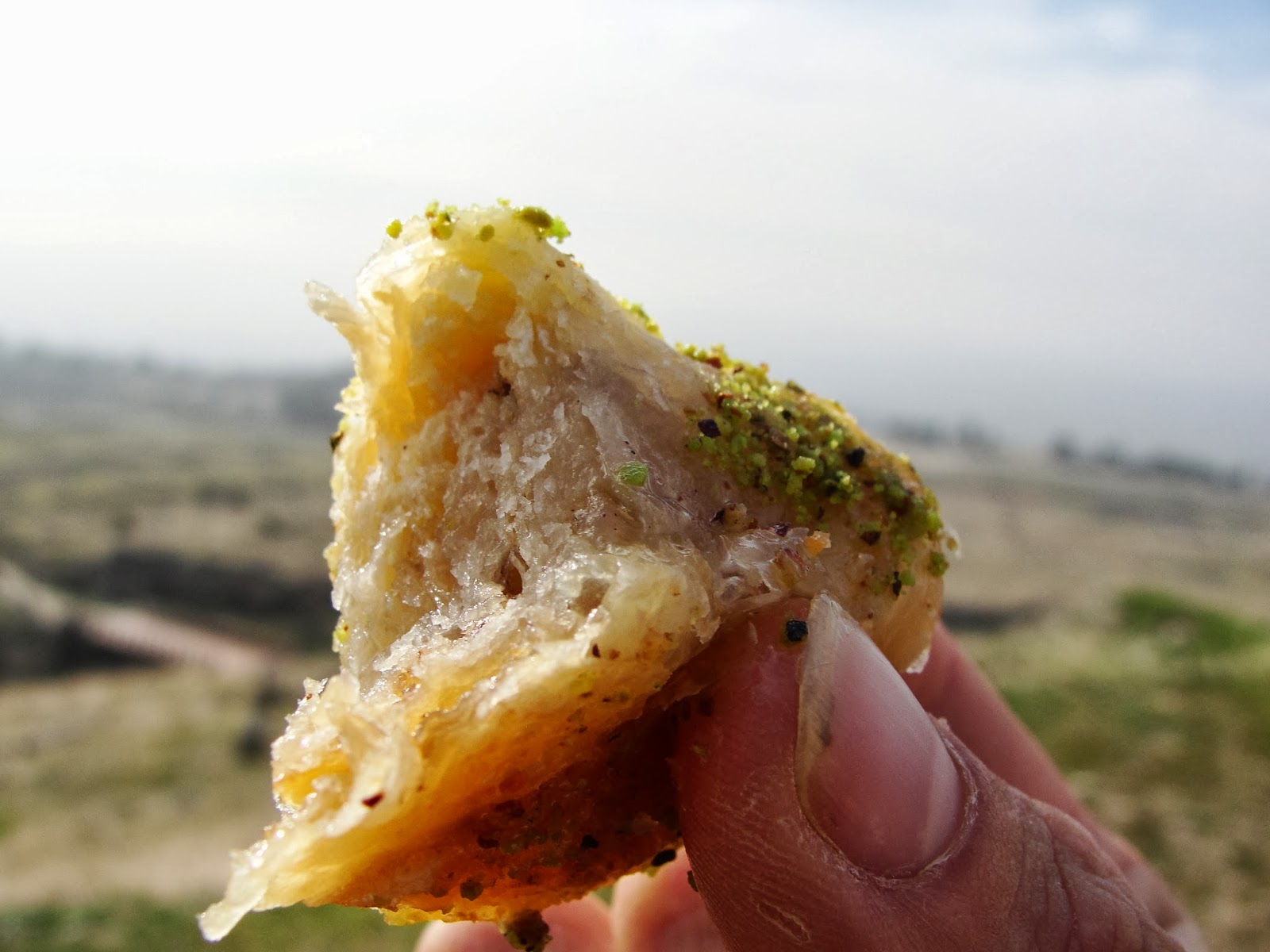 Not to mention the bread machine at our Help Exchange hosts' house. The temptation was too great and the audience, too willing. Cinnamon raisin bread, cinnamon swirl bread, corn bread, flatbread, rustic bread, garlic onion bread, herb bread... Anyway, like I was sayin', bread was the fruit of the sea for those five weeks. And still no major digestive issues. I even used live yeast instead of dry in the bread machine and I was generally okay. The only real issue was eating so much %*#! bread...

Avoiding the latter, my good old friend potato, wasn't terribly hard. Sometimes the soup ingredients were a mystery; luckily we knew how to point and say "patates?" and when in doubt, Patrick was always willing to taste test for me. Sometimes the doner kebaps were topped with french fries; when I picked them off and ate the kebap anyway, I suffered from the traces of starch so I ended up skipping the doner and going for just the kebap. 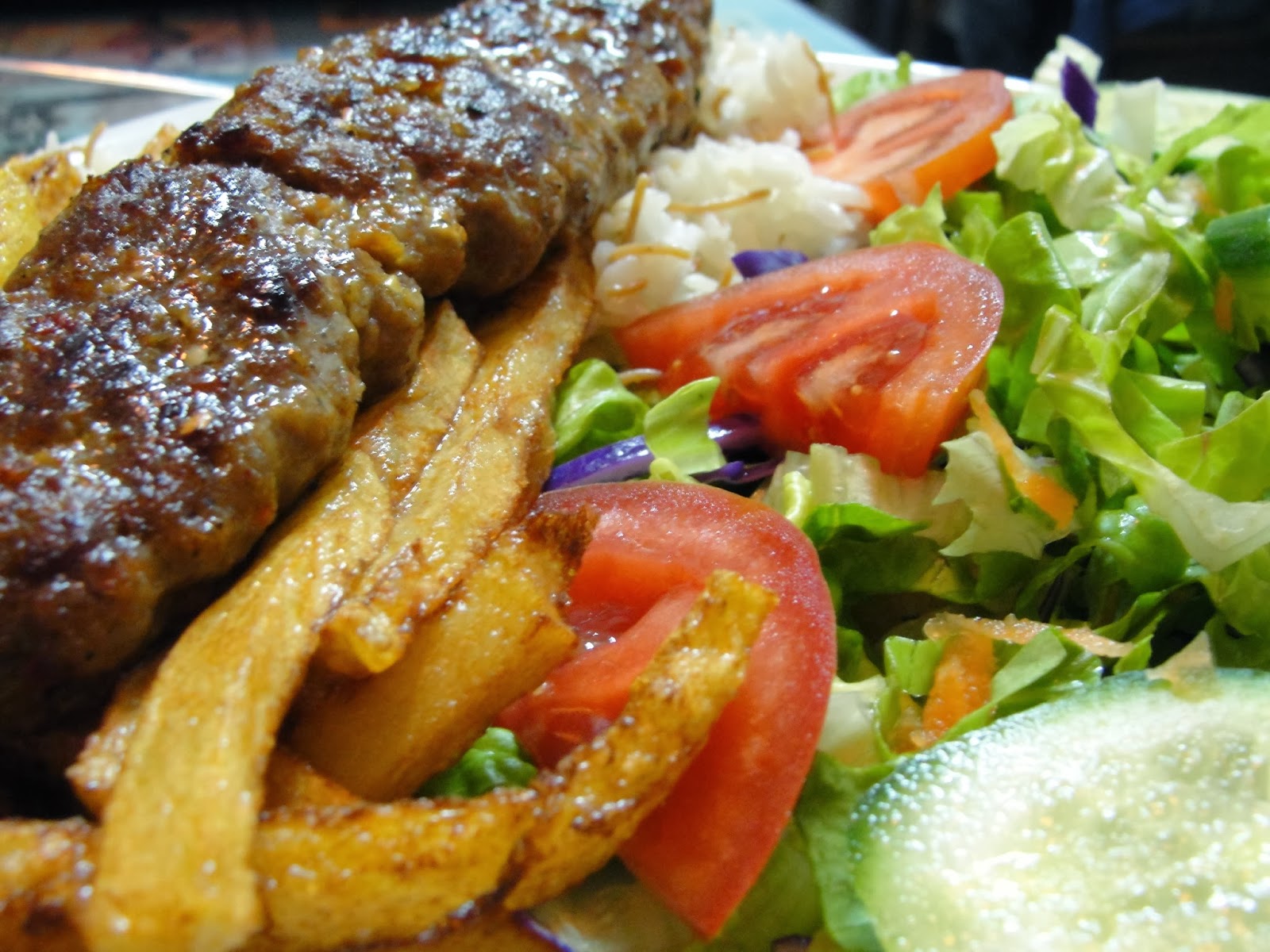 sometimes that didn't work either, though

Sometimes my hosts made potatoes for dinner; they were always on the side and I always had a substitute option of couscous or rice. But sometimes I skipped it all. Mucking up after horses didn't consume that many calories, and even though wheat didn't really disagree with me, I'm pretty sure that all the starch and carbs (from the bread or rice or whatever) definitely made me feel more sluggish over those five weeks.

Snacks (other than bags of chips, which were easily accessible and oh-so-cheap) were a little more challenging... 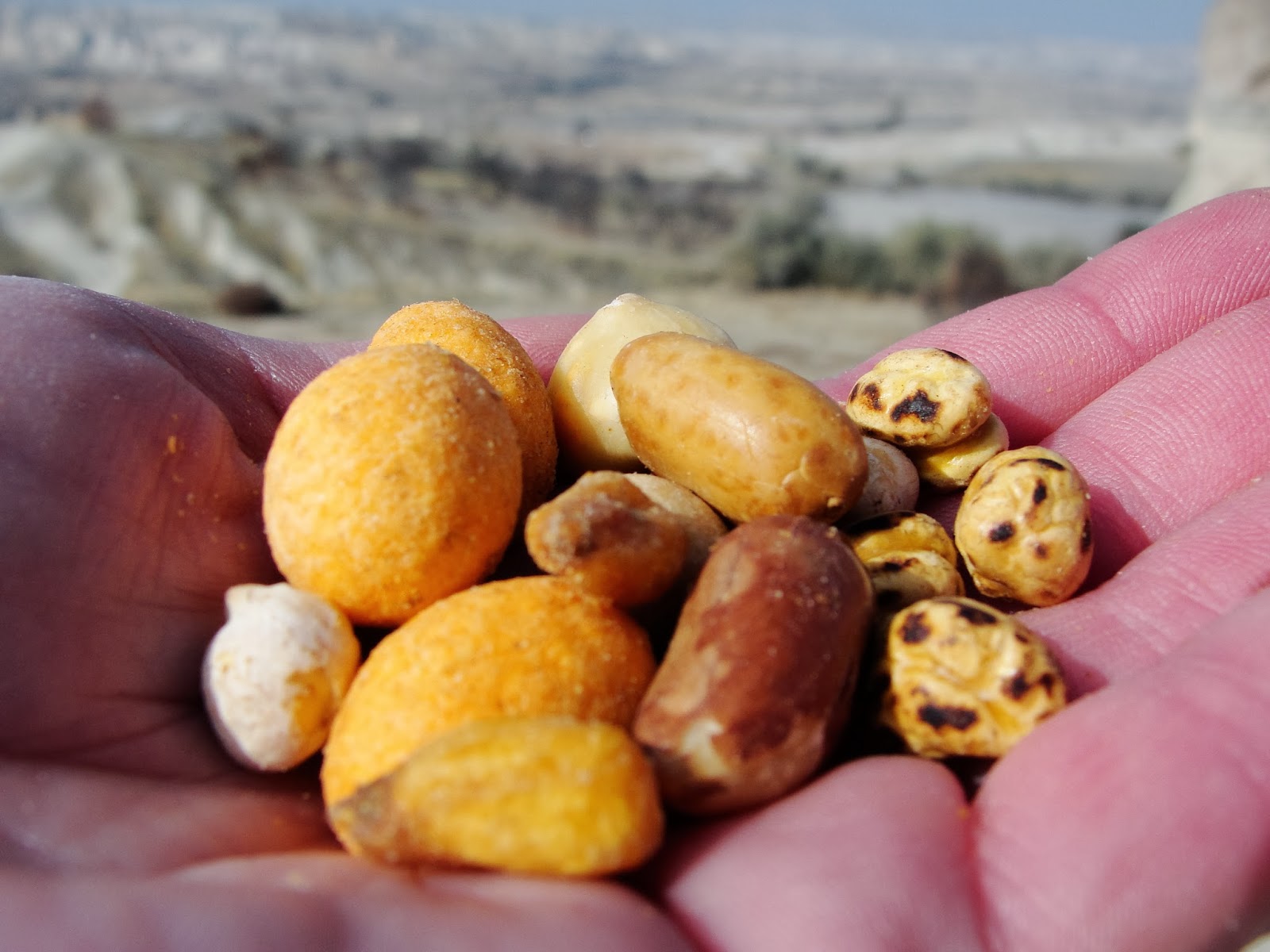 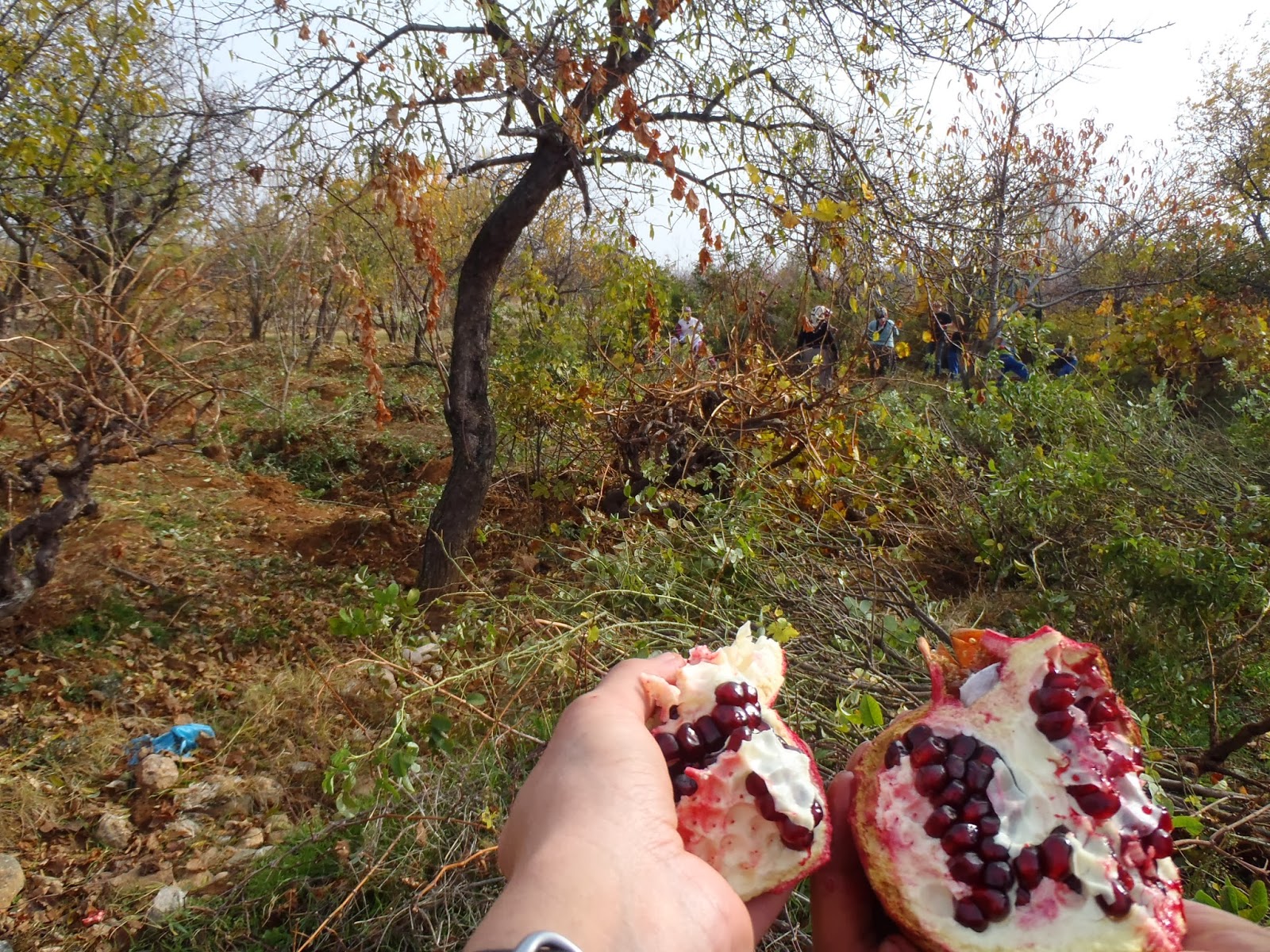 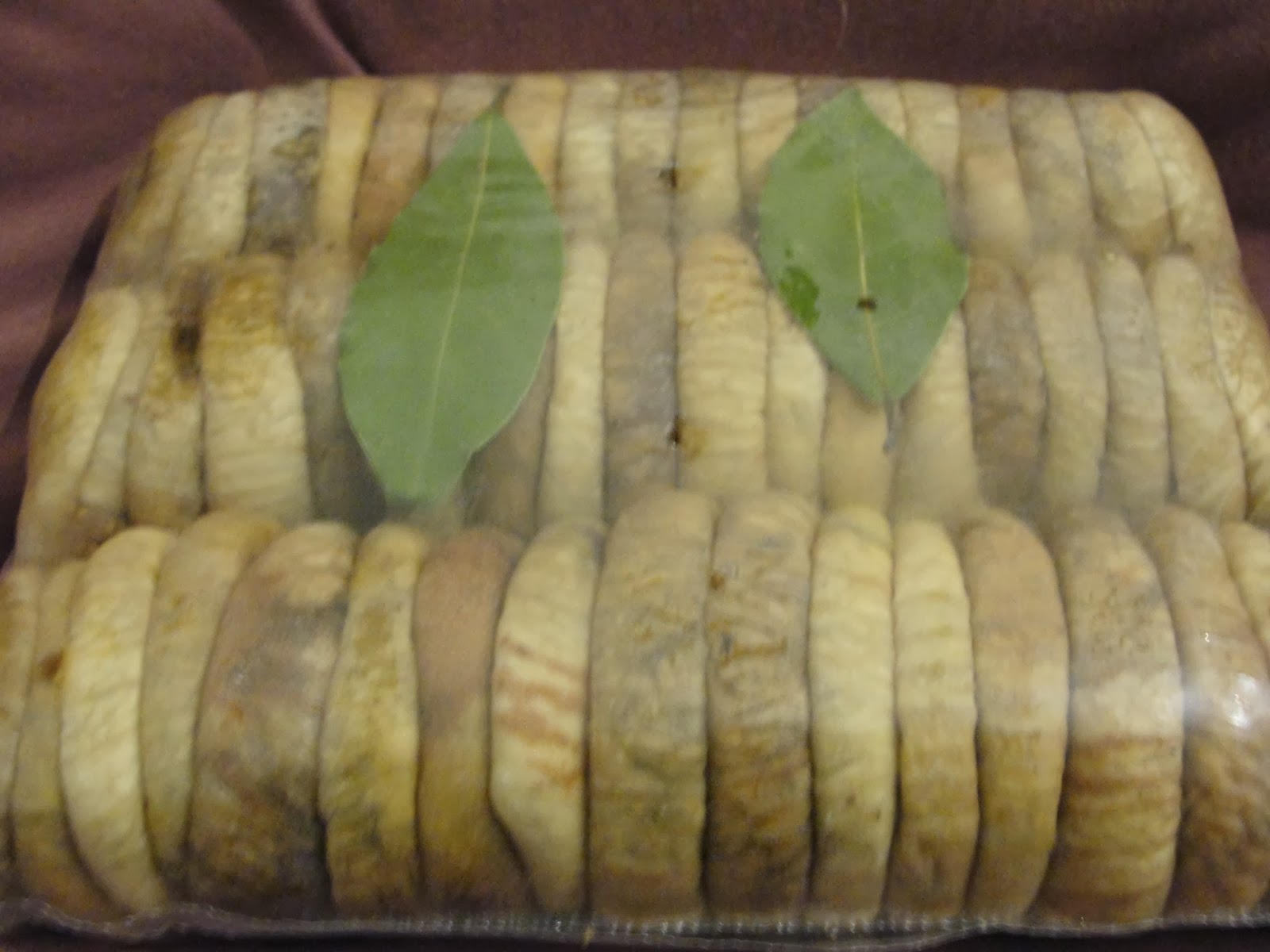 So "Operation Avoid Wheat and Potato" continues to be half-successful. Approximately five pounds later, though, I'm either going to have to give it 100 percent or buy some running shoes... 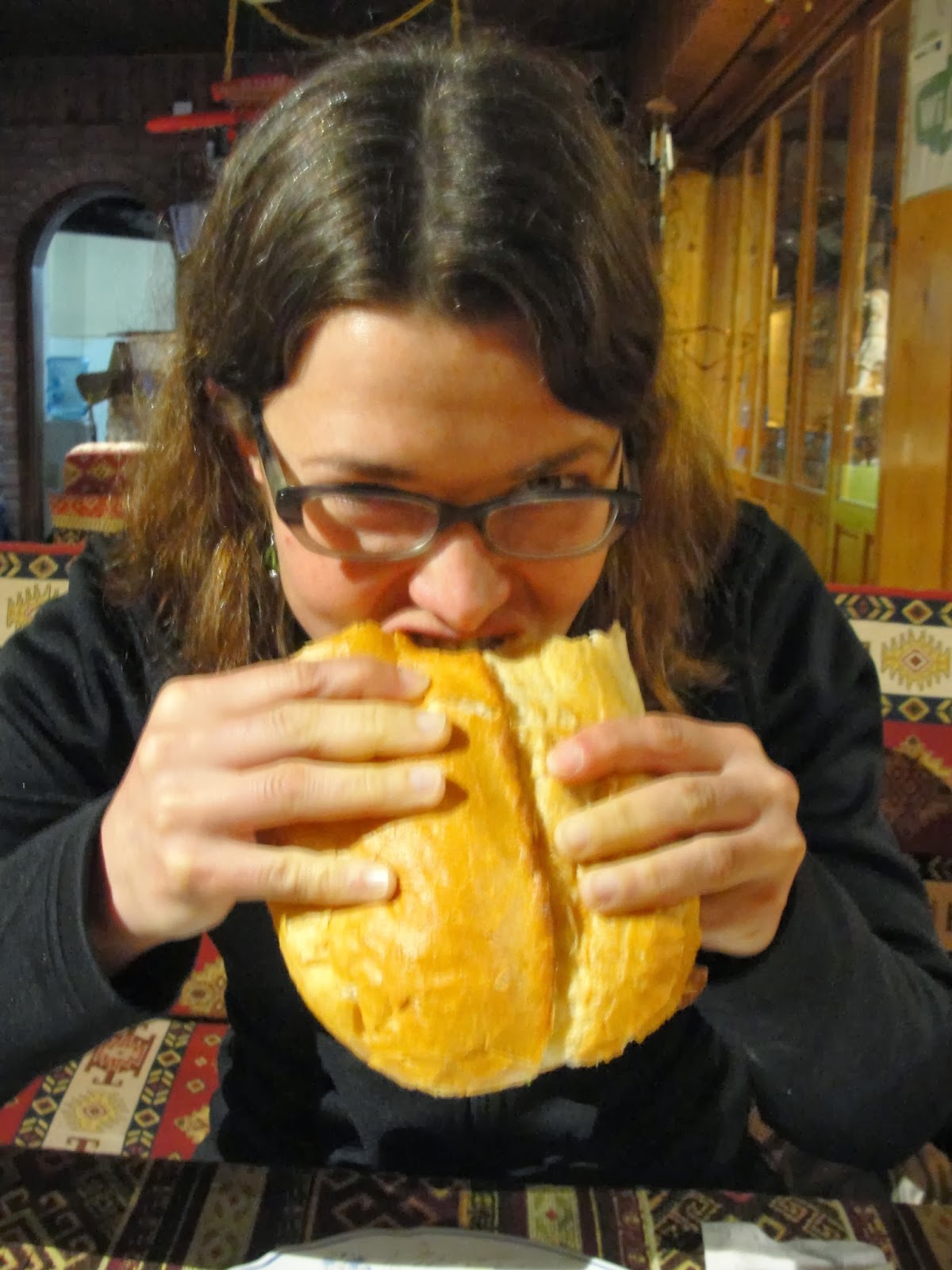 does this ginormous falafel sandwich
make my butt look fat?