Early Friday five: why you should go to Coimbra.

Coimbra ("queem-bruh") was another Olomouc, another Ždiar, another Llanes - in other words, another place where my reply was "um, you want to go where?"

I should know by now to stop asking that question.

Five reasons you should visit Coimbra at some point in your life, in no particular order:

1. It's a university town and in fact one of the oldest universities in Europe, which was interesting and all, but with university towns usually come large green spaces. In this case there was an awesome park right next to our hostel and the well-kept botanic gardens (free admission! and more importantly, the fifth oldest botanic garden in the world!) were just up the street. The trees were amazing... 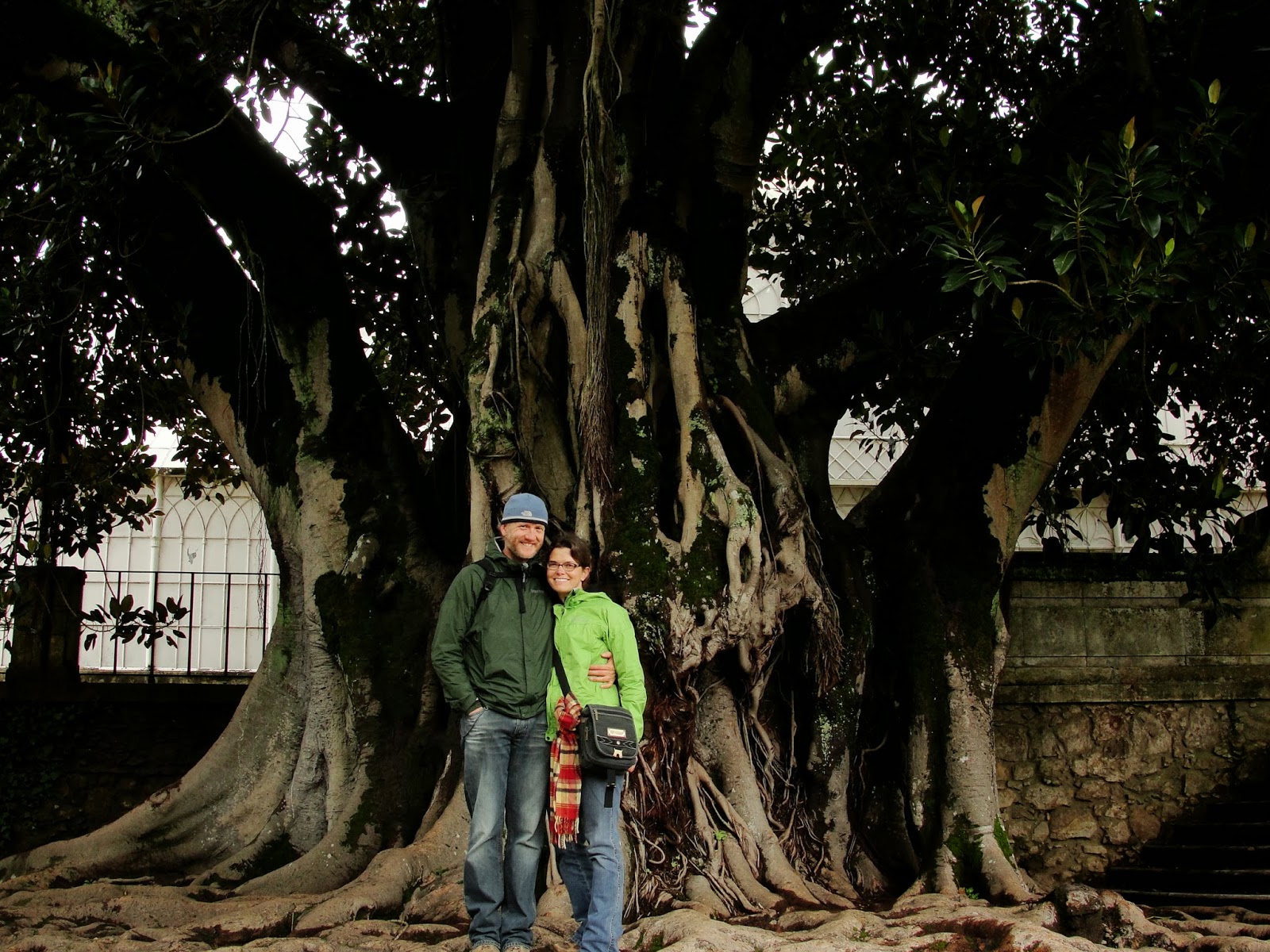 2. The Conímbriga ruins - one of the largest Roman settlements in Portugal - are just a bus ride away. To be honest, on the bus ride there we felt like we were doing it just to check it off, since we'd seen so many ruins in Turkey. But as soon as we saw the first excavated room we were so glad we went.

Judging from the elaborate mosaics, the numerous dining rooms larger than our Portland apartment, the intricate fountains and bath spaces, and the archaeological artifacts in the museum, this was mostly a place for rich people. But it was built in layers over centuries and they'd uncovered living quarters dating as far back as the 2nd century in areas of the city where the poorest people would've lived.

And so well preserved!  It was unlike any ruins we'd seen. 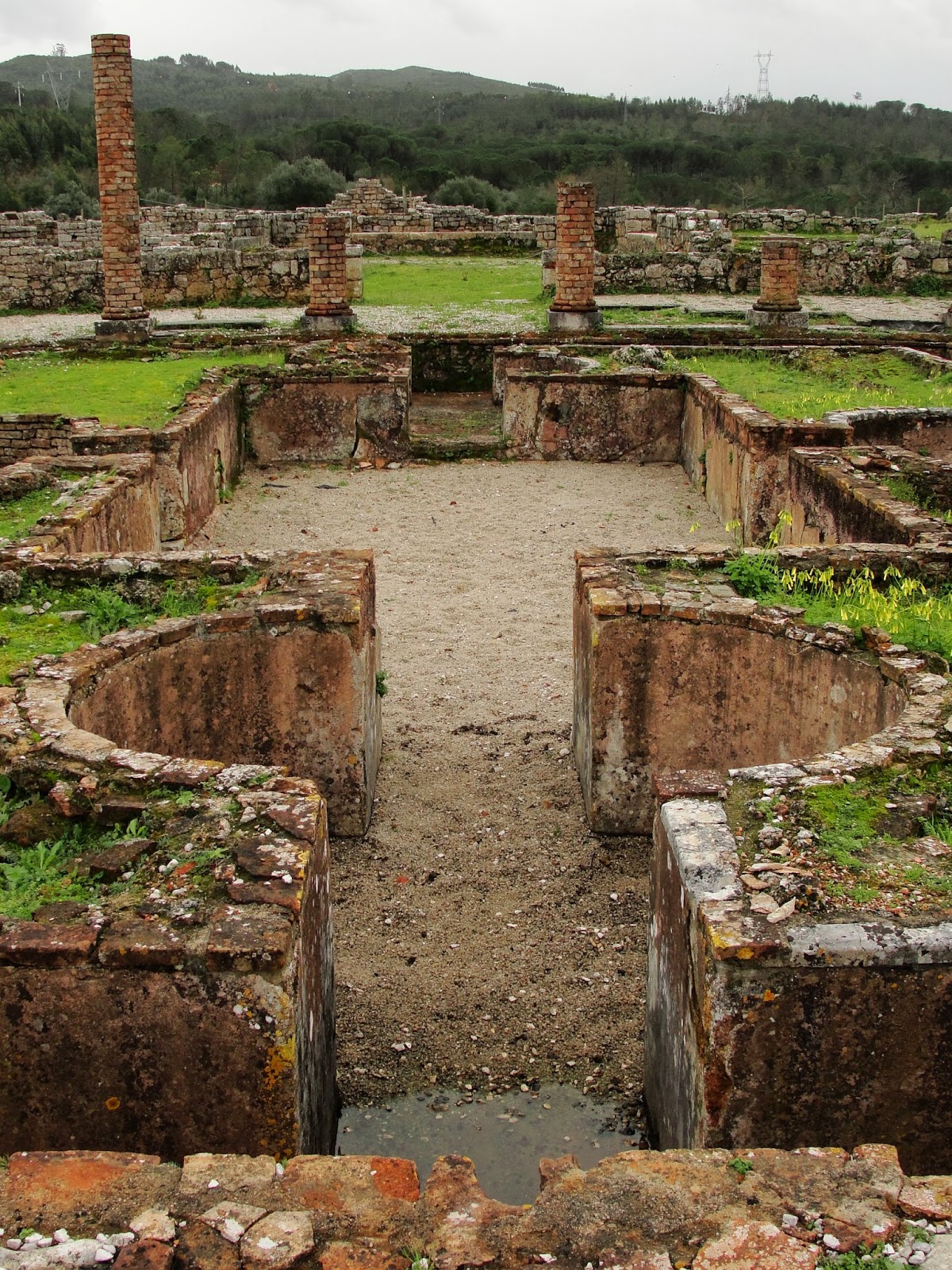 the house of Cantaber
the largest private residence in the city

3. Also just a bus ride away? The Buçaco Forest, where monks lived back in the 17th century. Today there's a giant 5-star hotel ("palace") and a giant (but really gorgeous) man-made fountain in the lower park, so it's mostly a tourist attraction, but the forest and building ruins are still serene, mysterious, and fun to explore. Even in the rain. 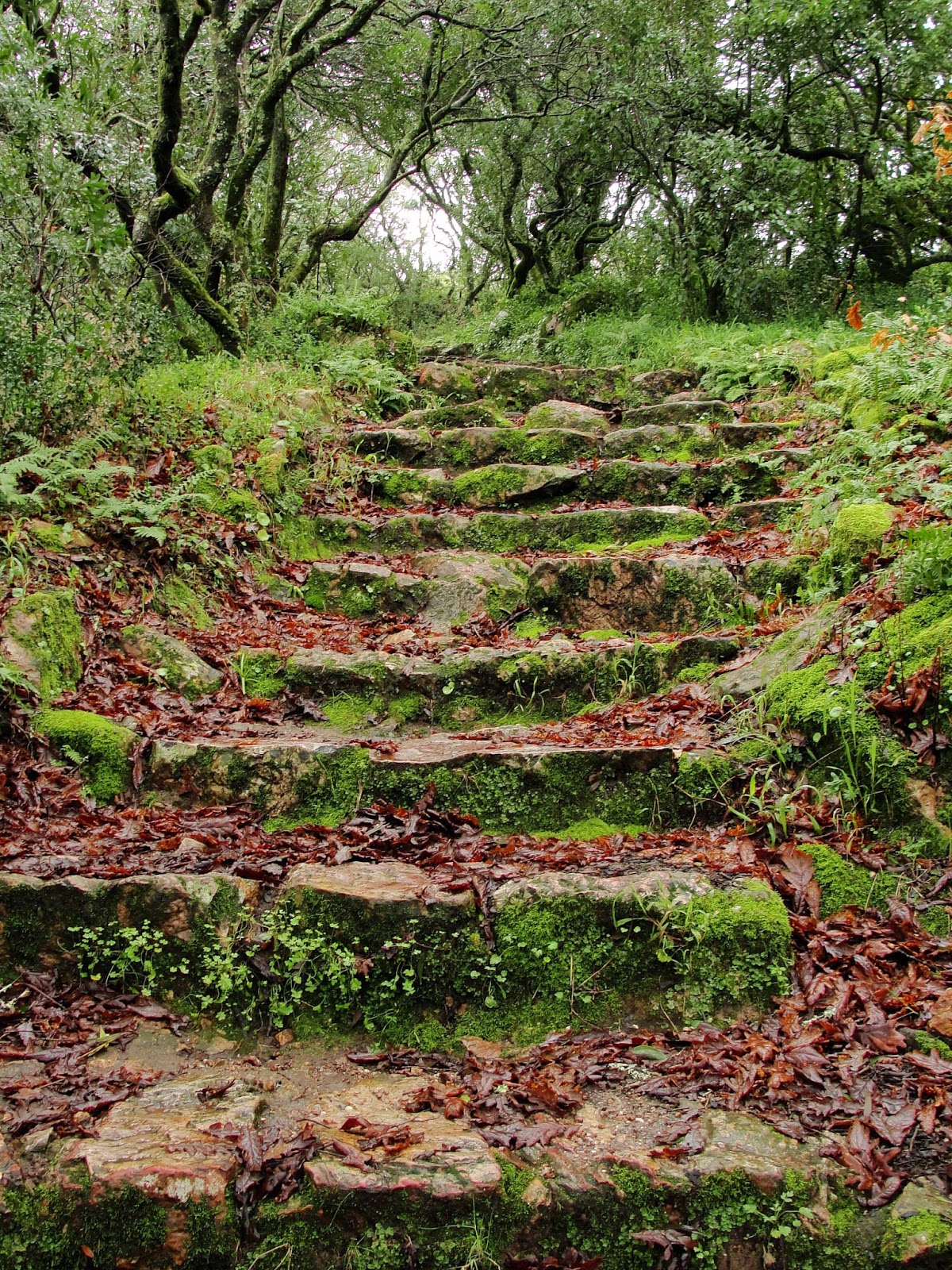 4. The windy narrow steep streets are so much fun to wander through! The only grocery store in town required a hike so we constantly had views.  One of my favorite streets downtown is pictured below... 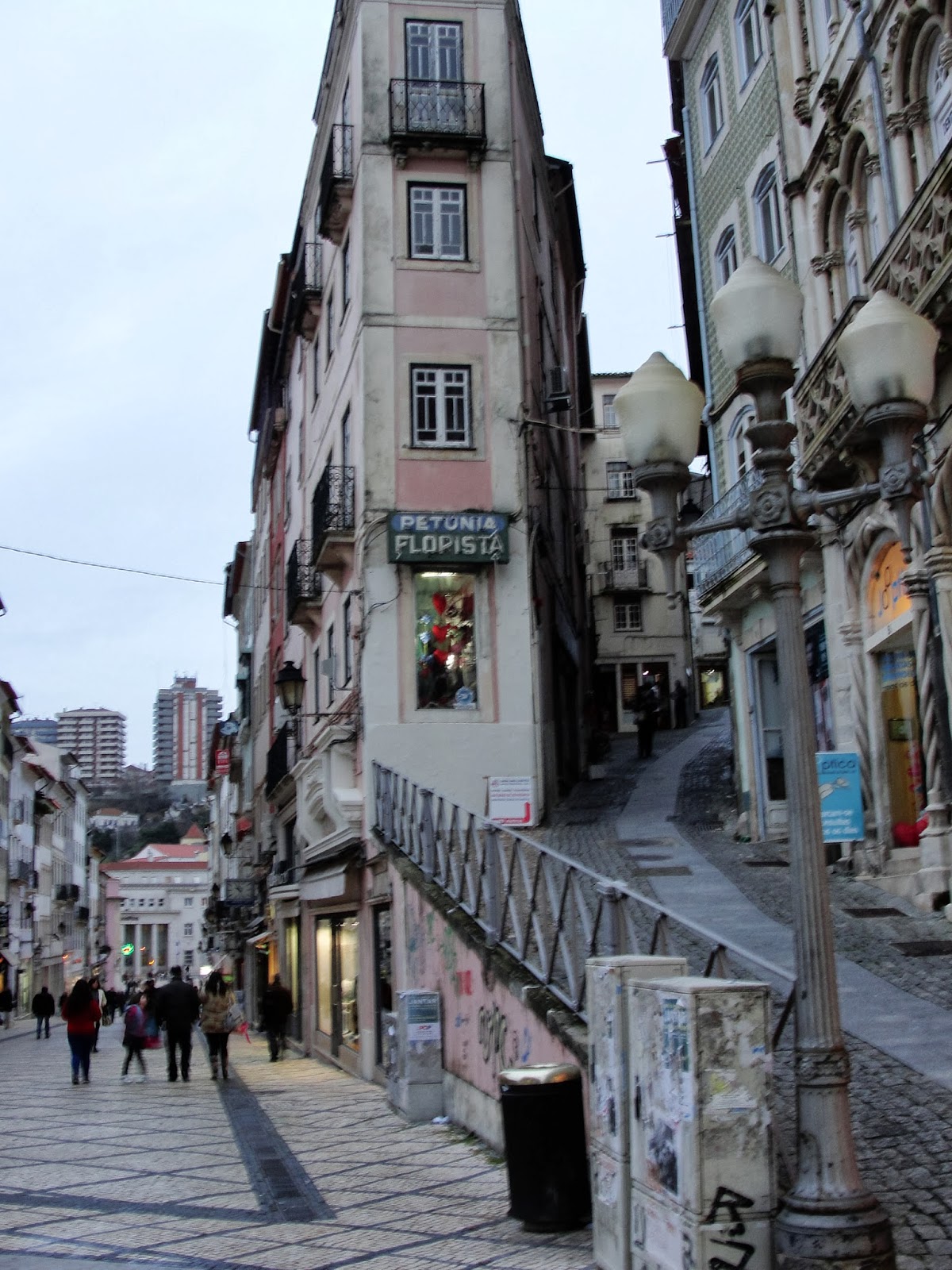 move over, San Francisco
there's an old kid in town

5. The town itself is so charming... Very green, very open, very well maintained. Even the sidewalks are lined with decorative stone. 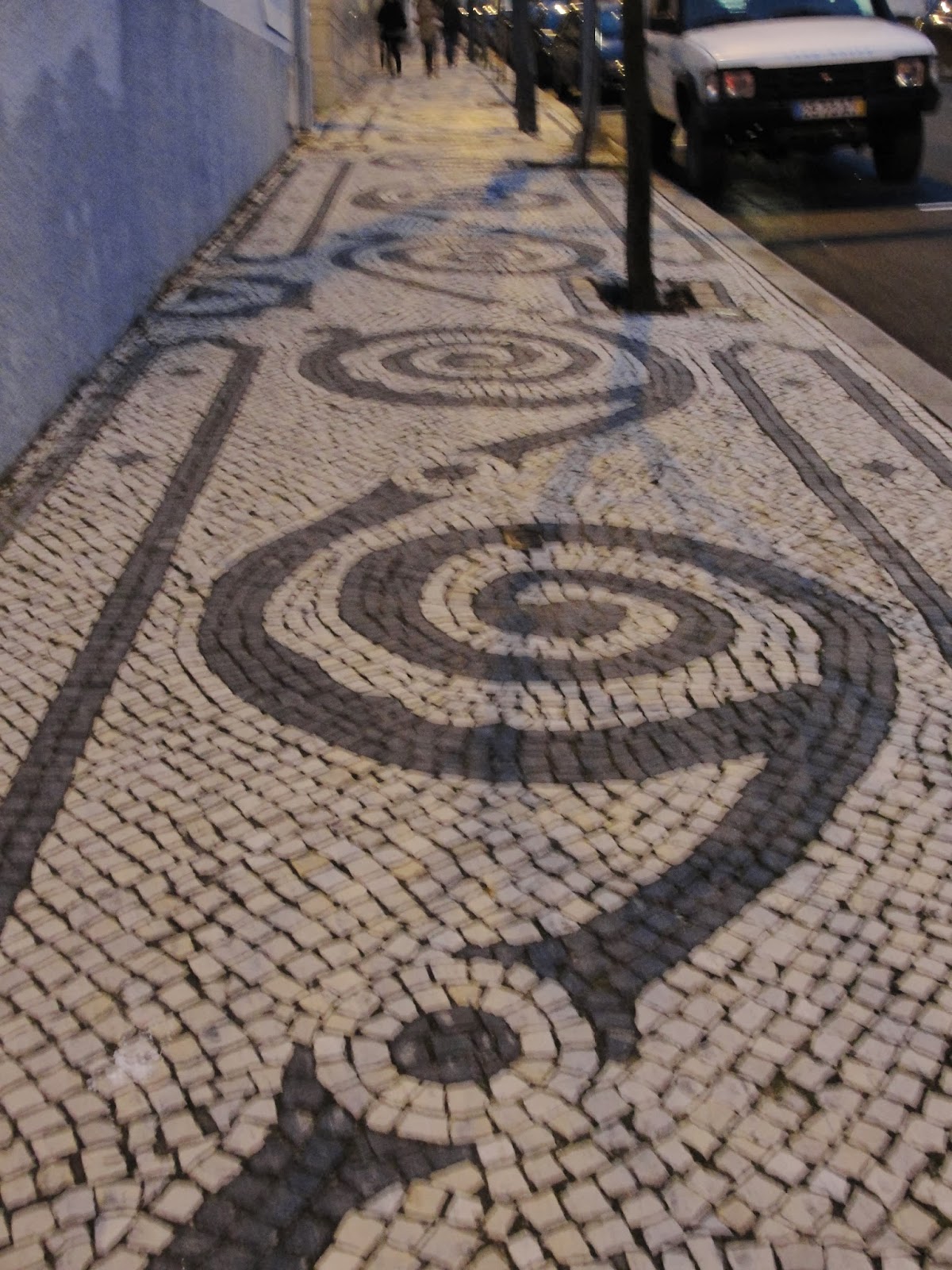 right outside our hostel

It rained pretty hard one afternoon and we ended up staying in, reading and watching movies and generally goofing off. Coimbra is the kind of low-key town where we didn't feel guilty doing that... Even when we waited for the 7am bus the next morning with the kids who were going home after partying all night.