Sagres: a fitting finale to Portugal.

The draw to Lagos was nearby Sagres (what explorers once called "the end of the world").  Lagos had more lodging options so we stayed there and took a bus over to Sagres for the day. 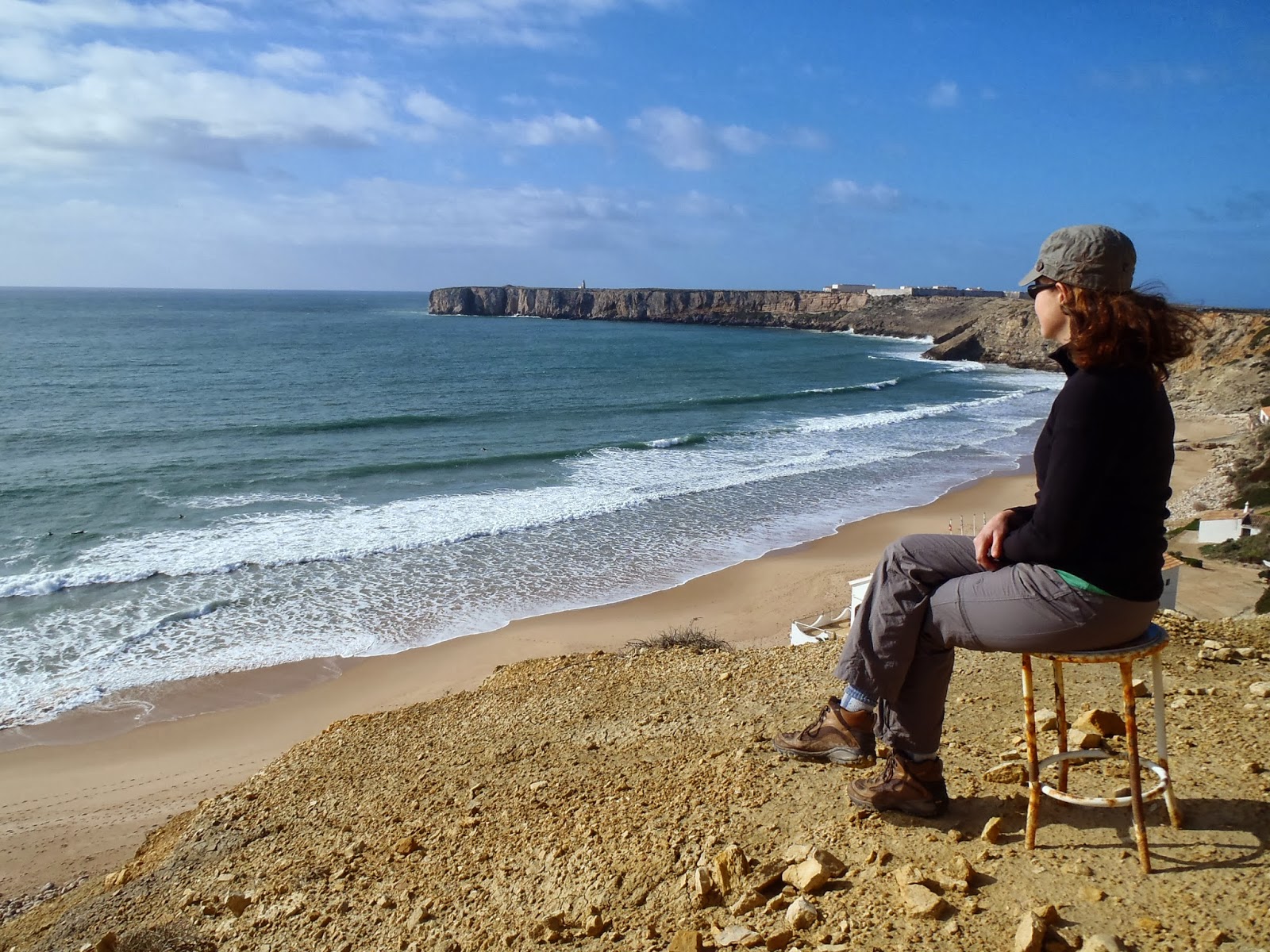 there it is
complete with handy stool

We spent several sunny hours in Sagres exploring the cliffs and the fortress/nature area where men fished precariously off ledges and there was a bastion every three feet. 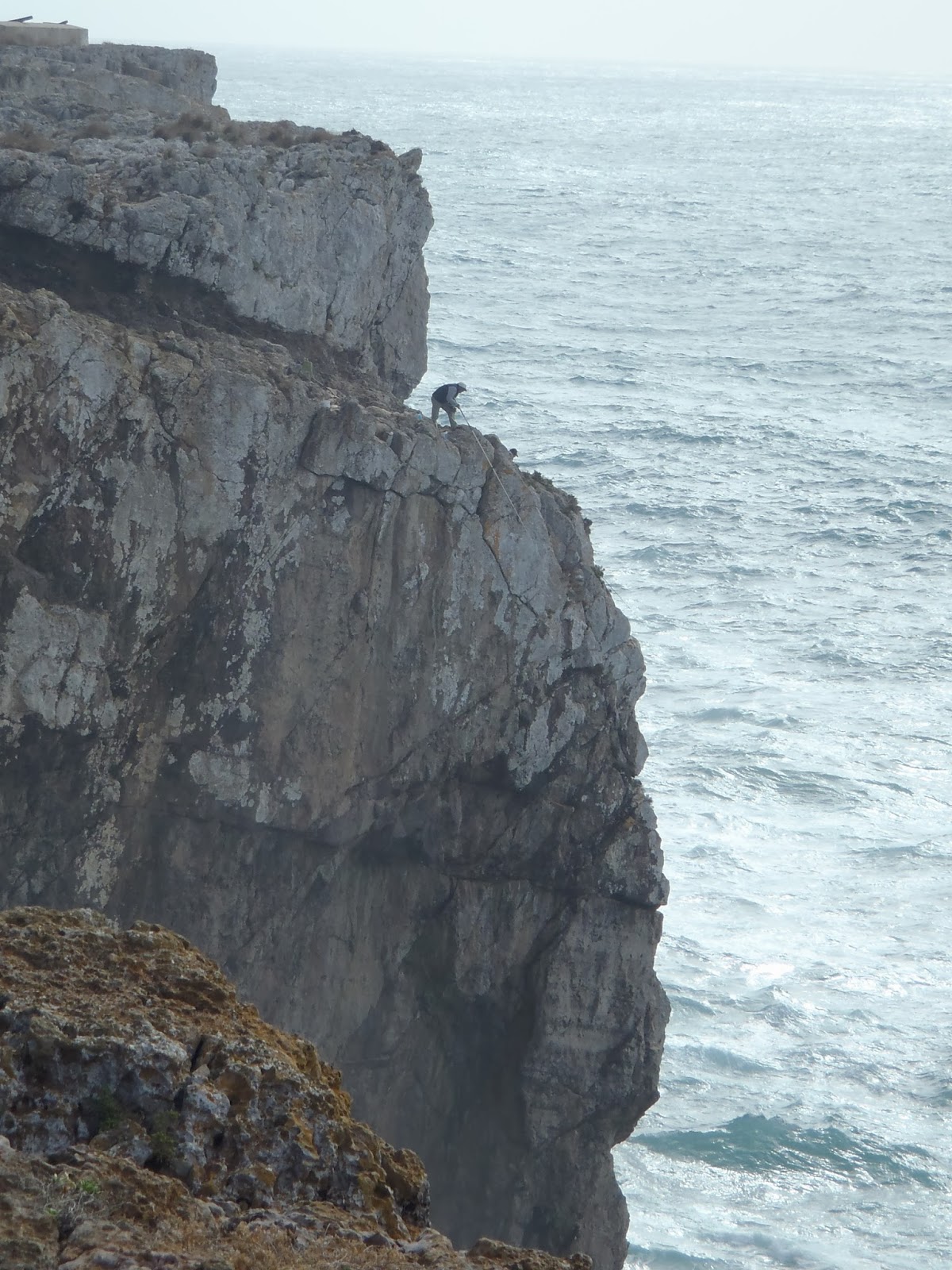 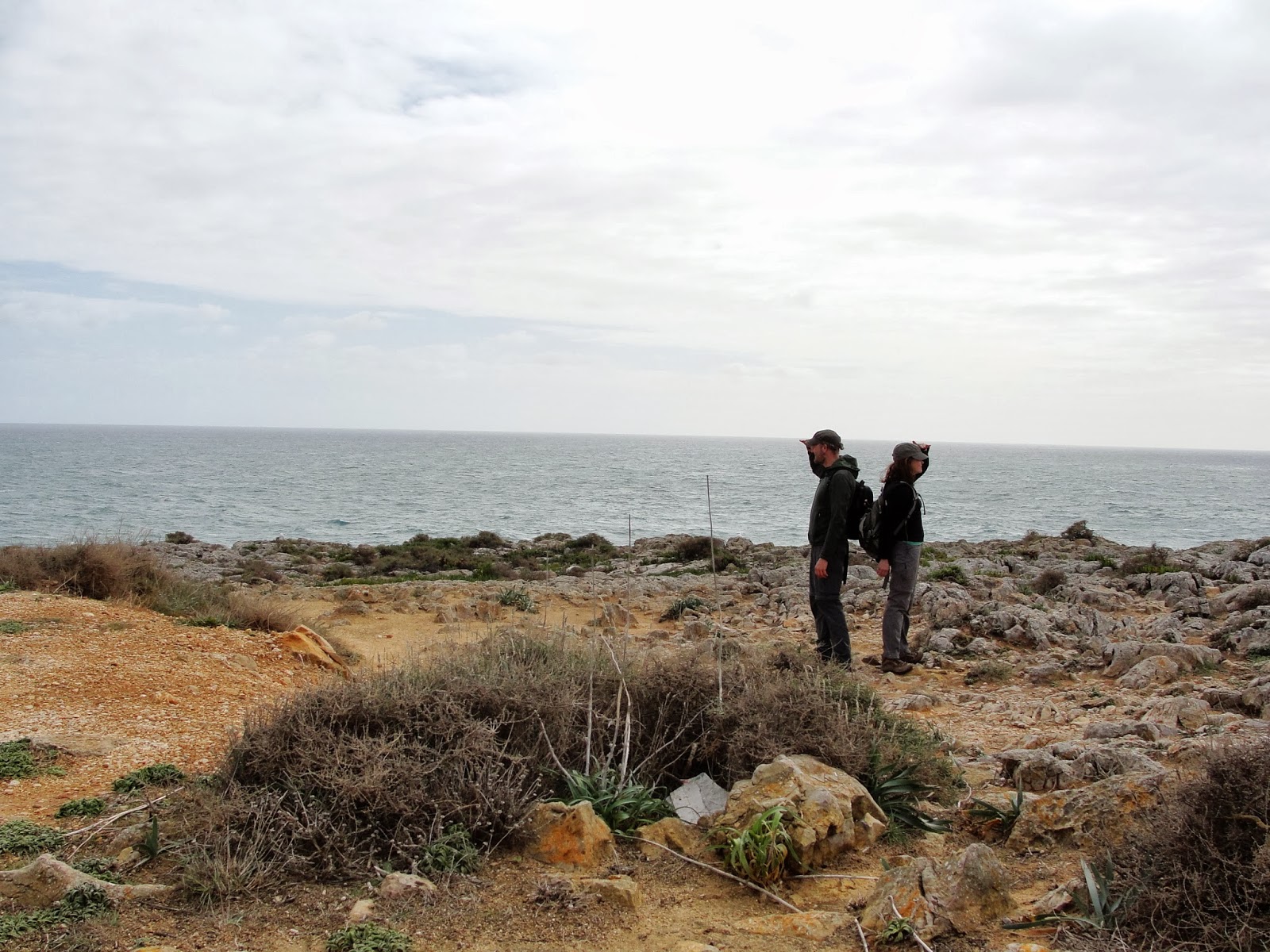 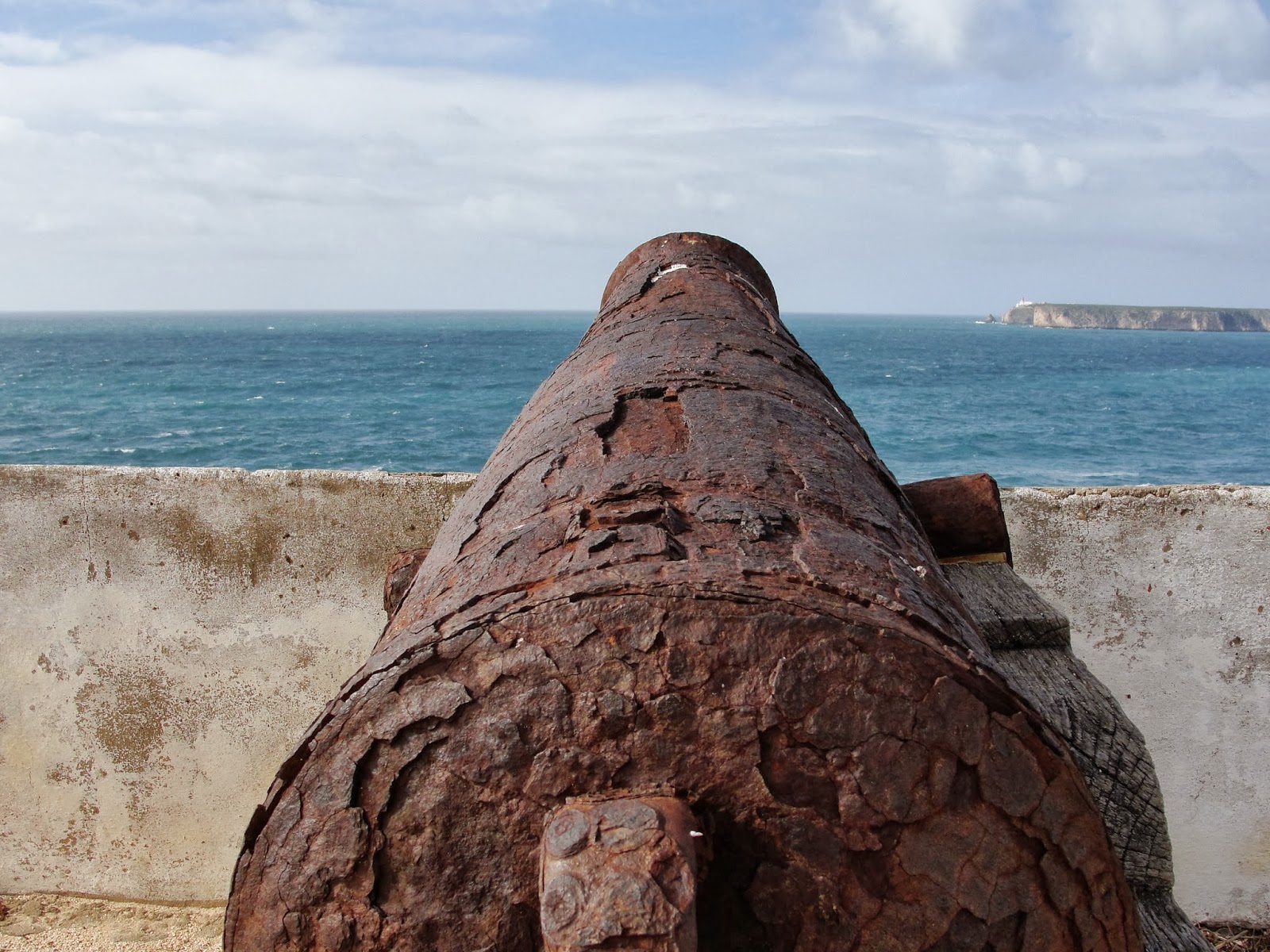 But Lagos itself was worth the time and we're glad we stuck around for another day. It's heaven for golfers, surfers, and anyone who appreciates a good cliff side view. 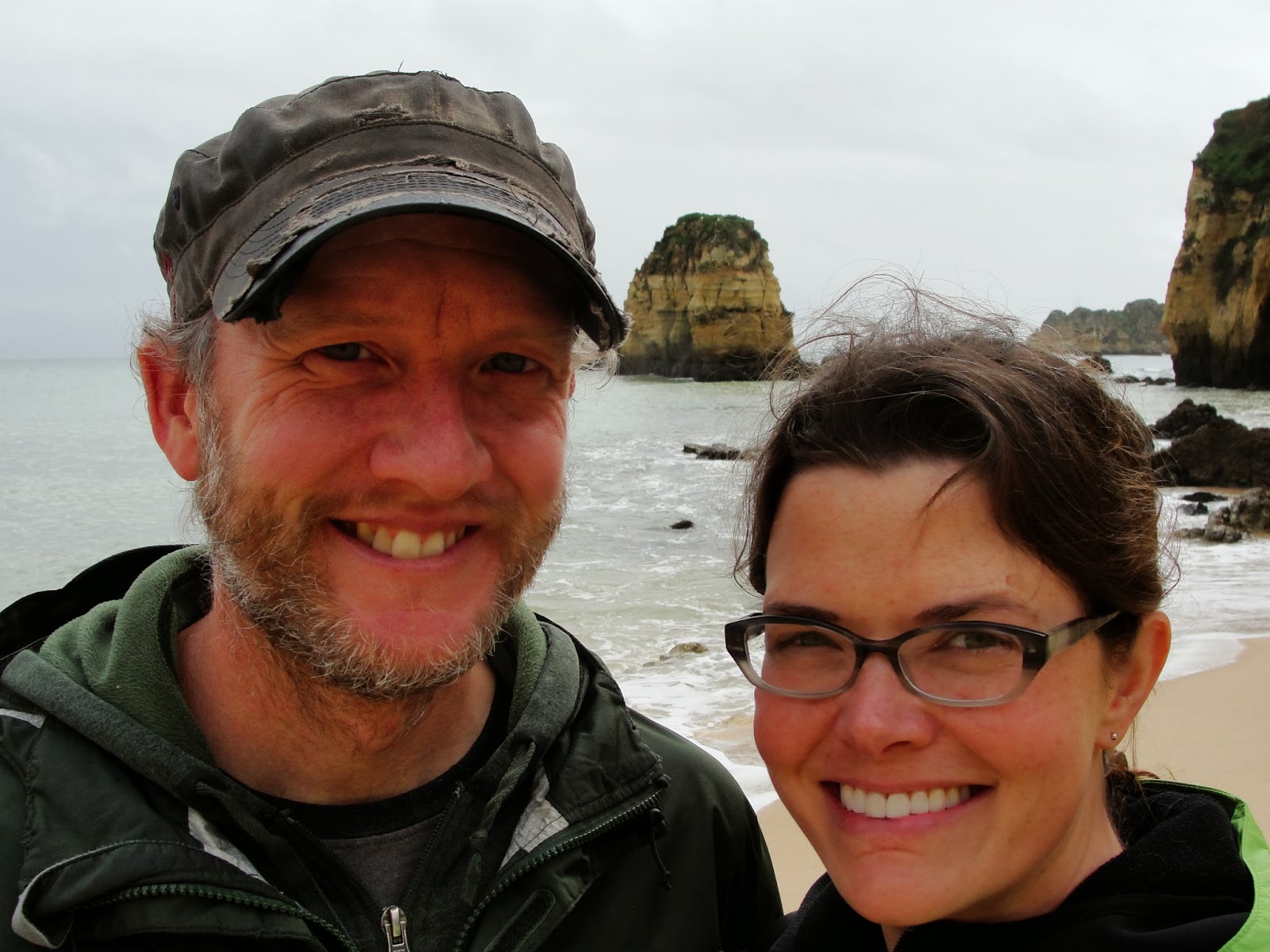 we fell into the third of those categories

The day after we visited Sagres we confirmed that it was, in fact, Saturday (everyone at the hostel seemed a little surprised), so we visited Lagos's Saturday market and waited out the rain in a cafe. 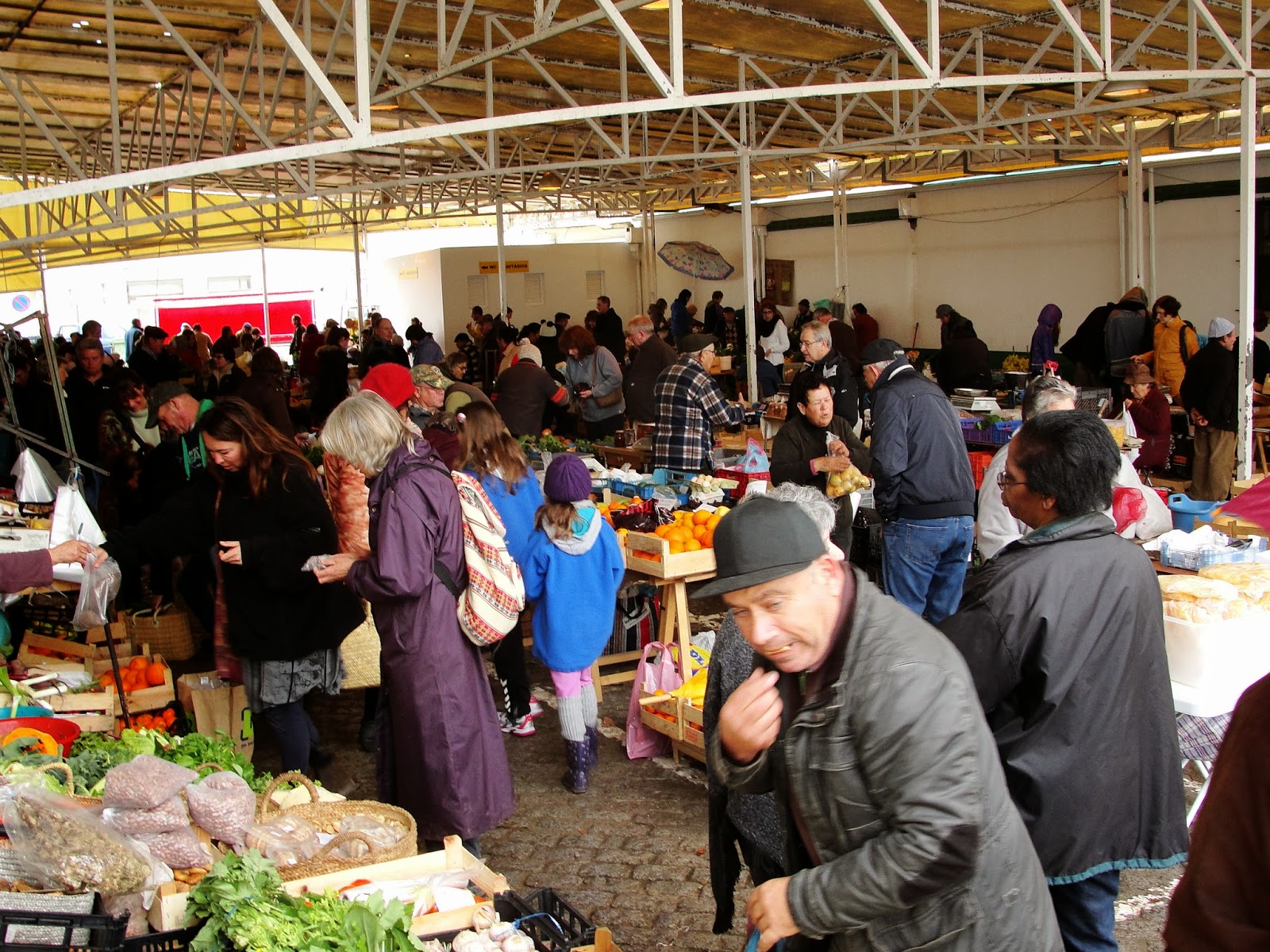 Patience paid off, the skies cleared, and we enjoyed a full afternoon meandering along a trail near old town Lagos that followed the cliff. 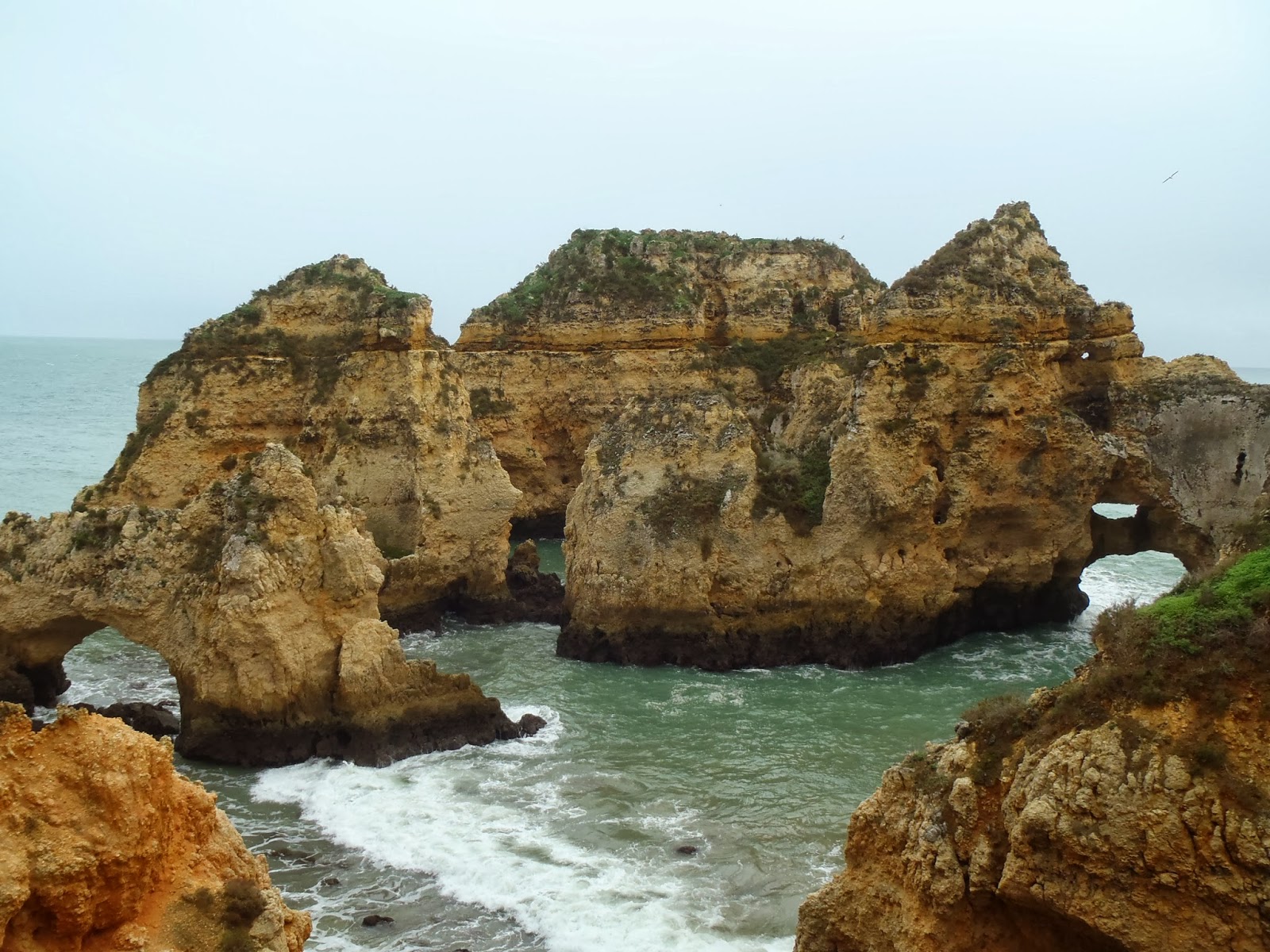 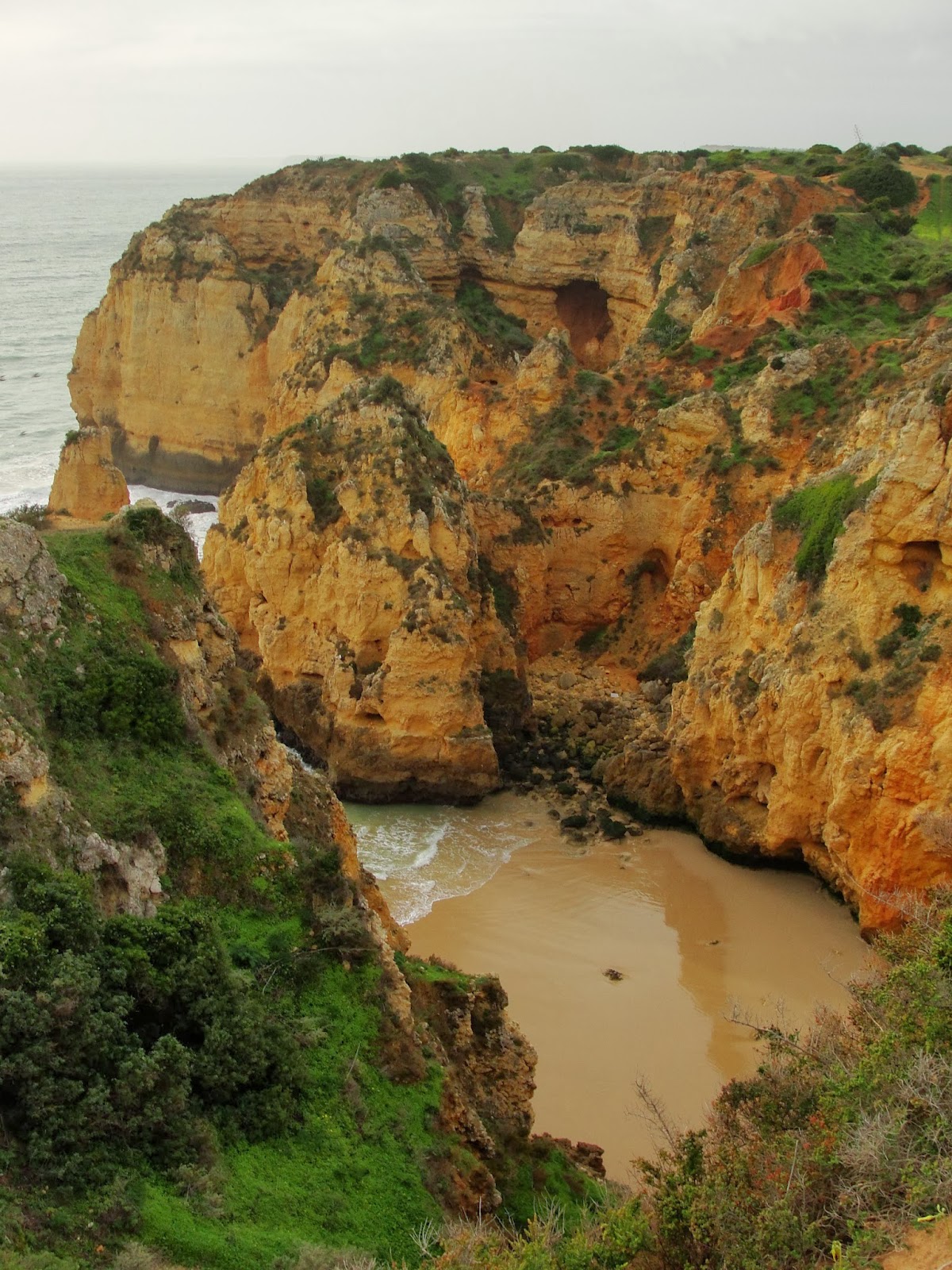 some parts were steeper than others

Now and then we descended long staircases to check out the beach or the views. 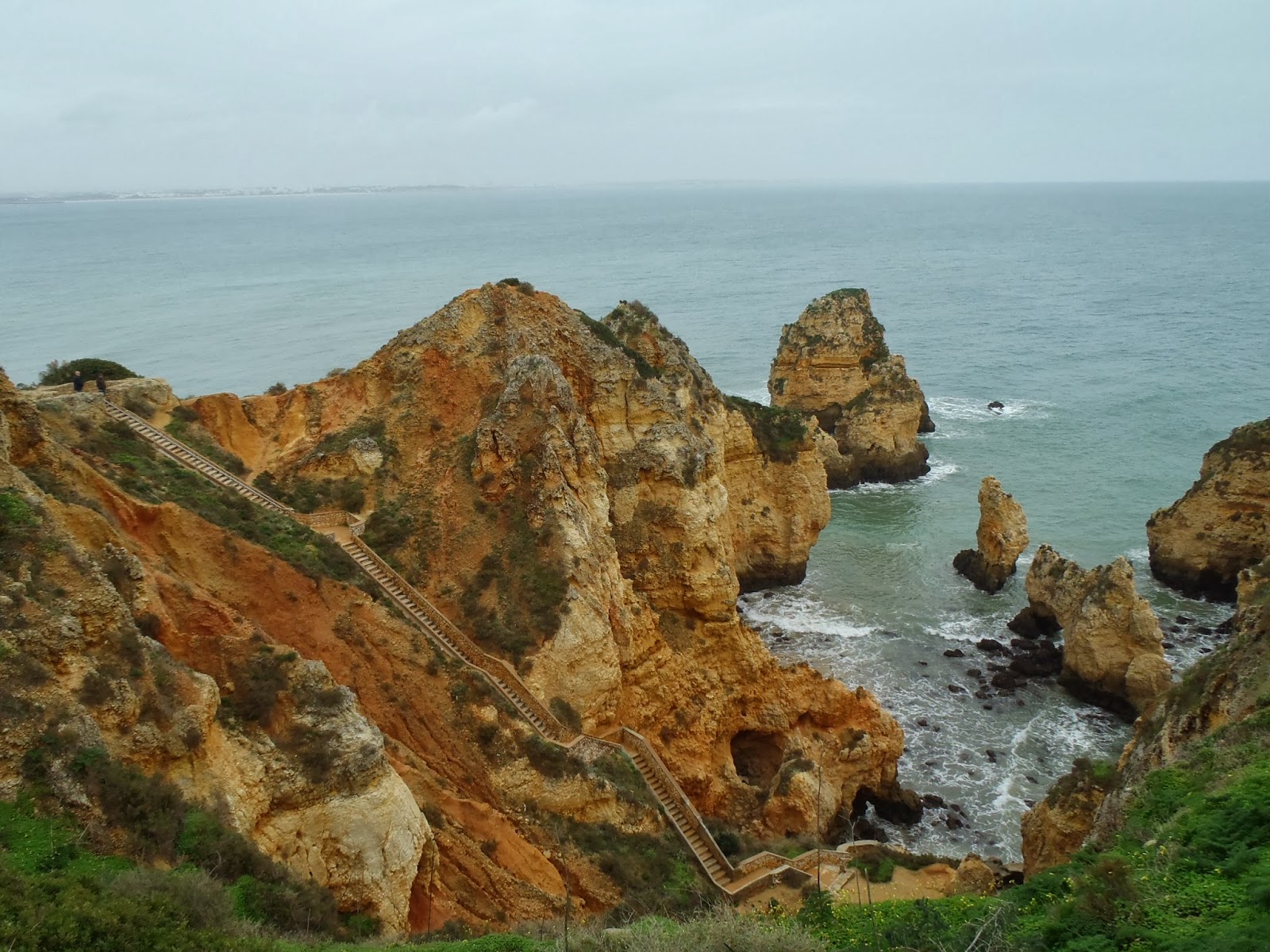 toward "the grotto"
(yep, those are stairs) 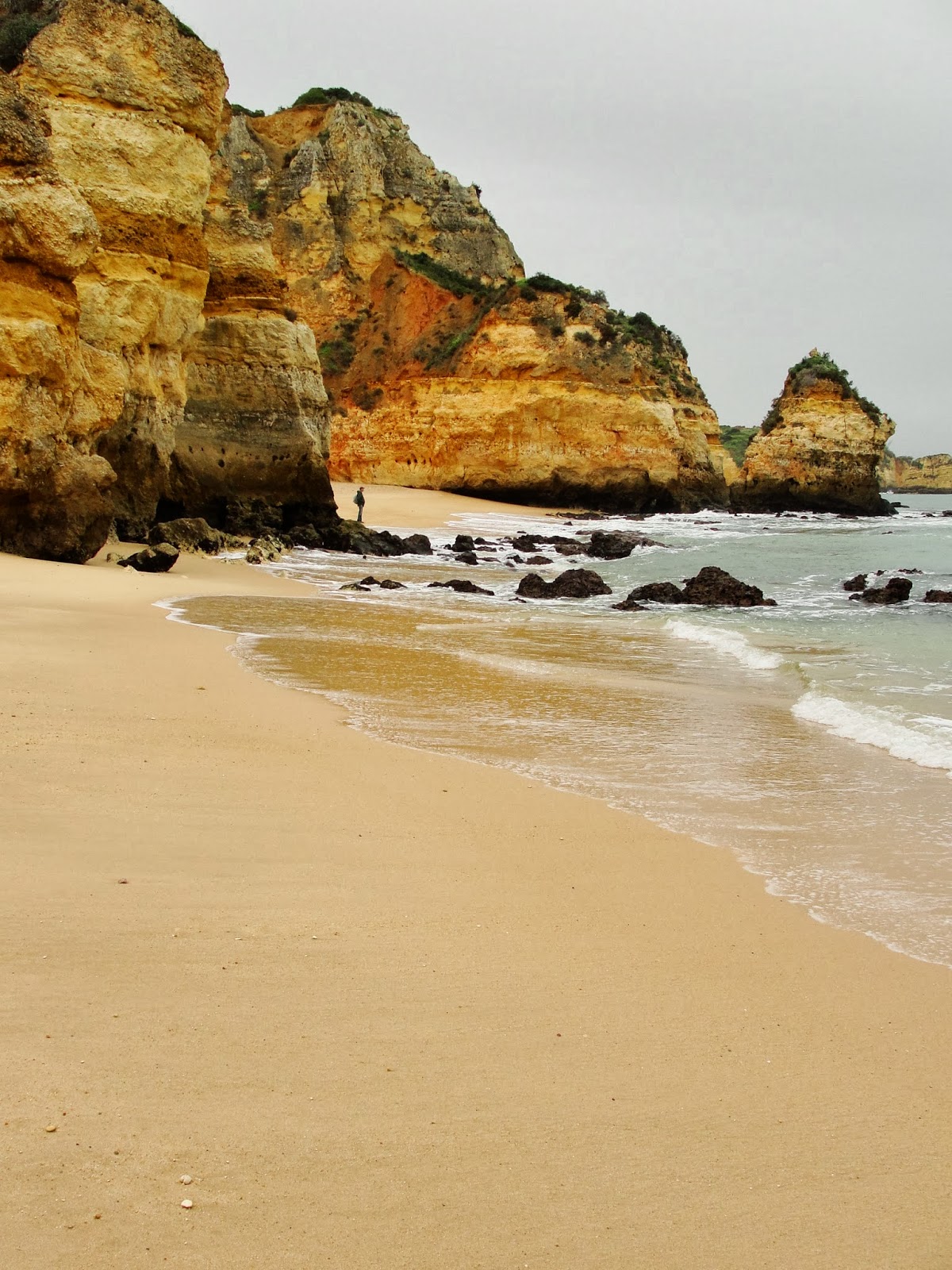 And once we stopped to play with a kitty. 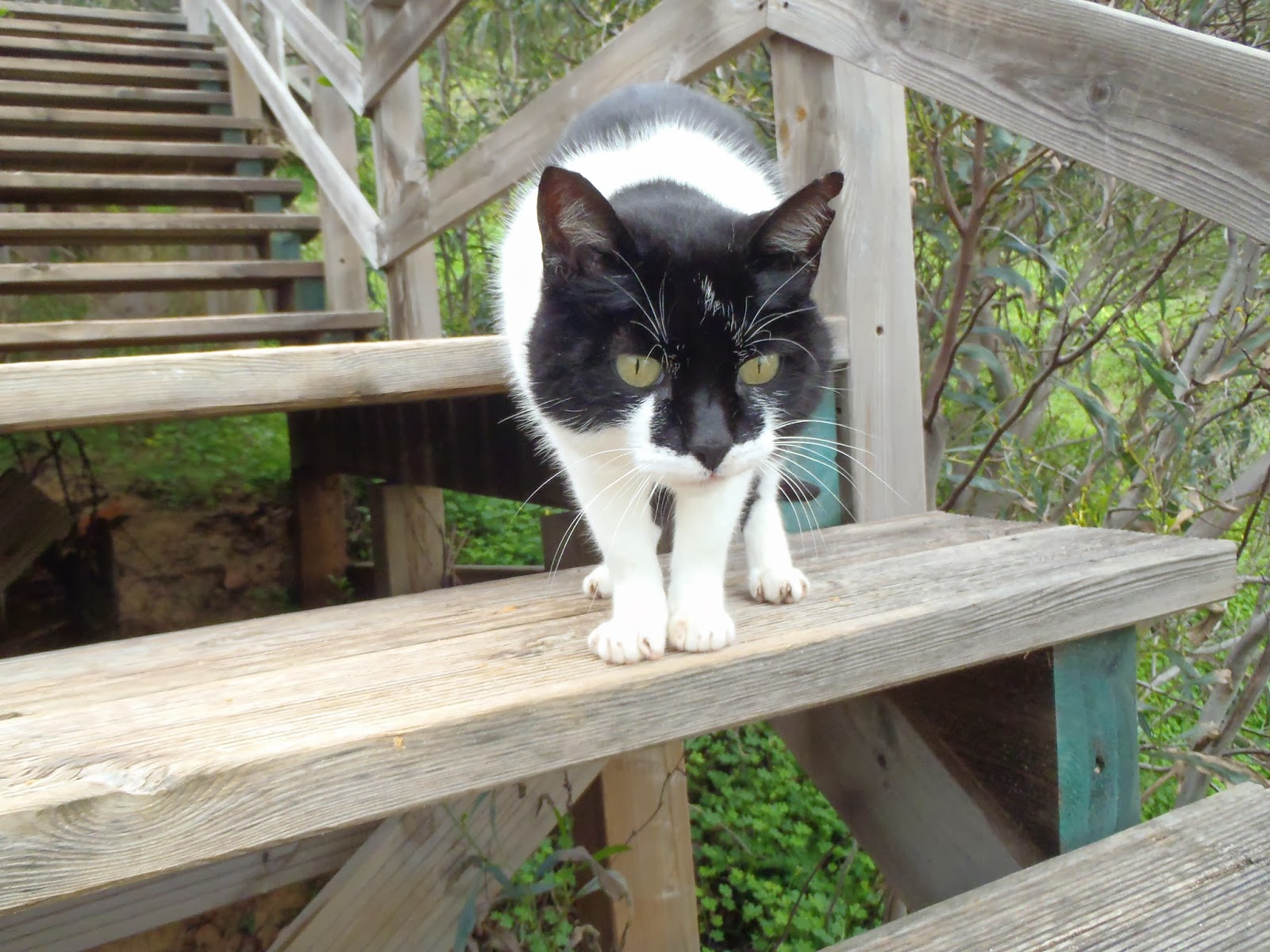 It was almost impossible to not stop every three minutes to take a photo. Some of the other bazillion shots we took that day start here...

Food notes:
- we found this gem at the Saturday market 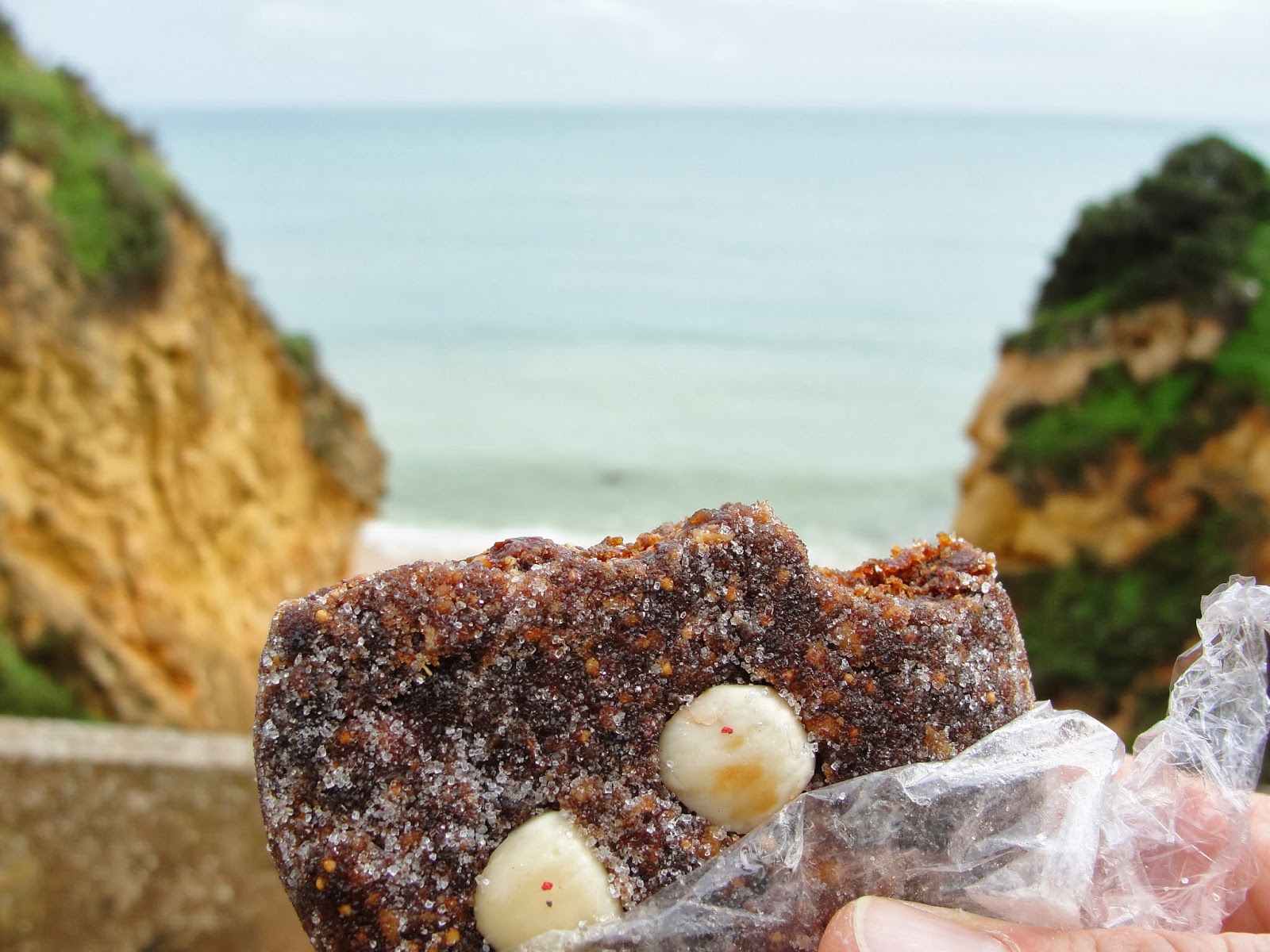 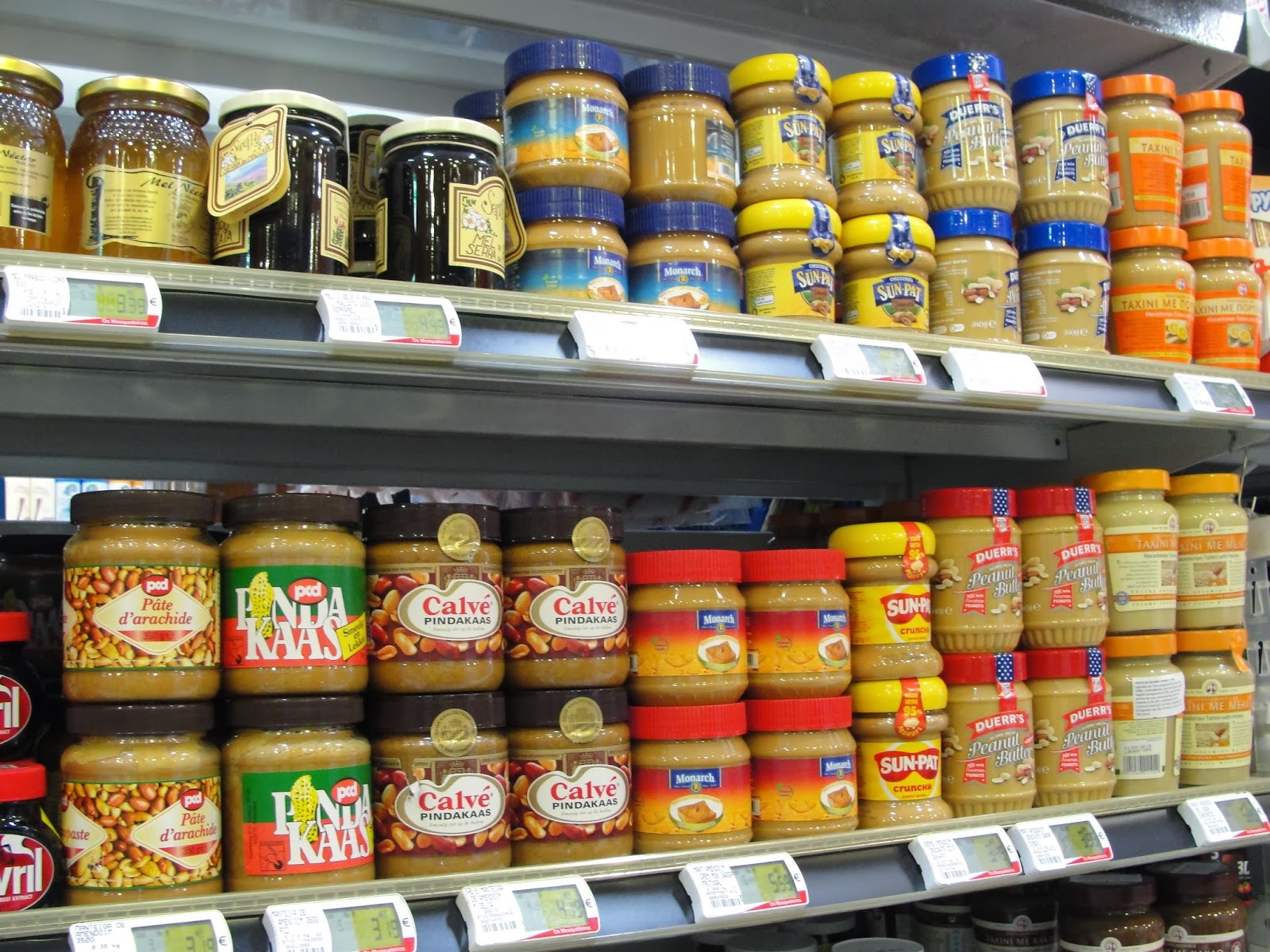 - and we were still supposed to eat salted cod 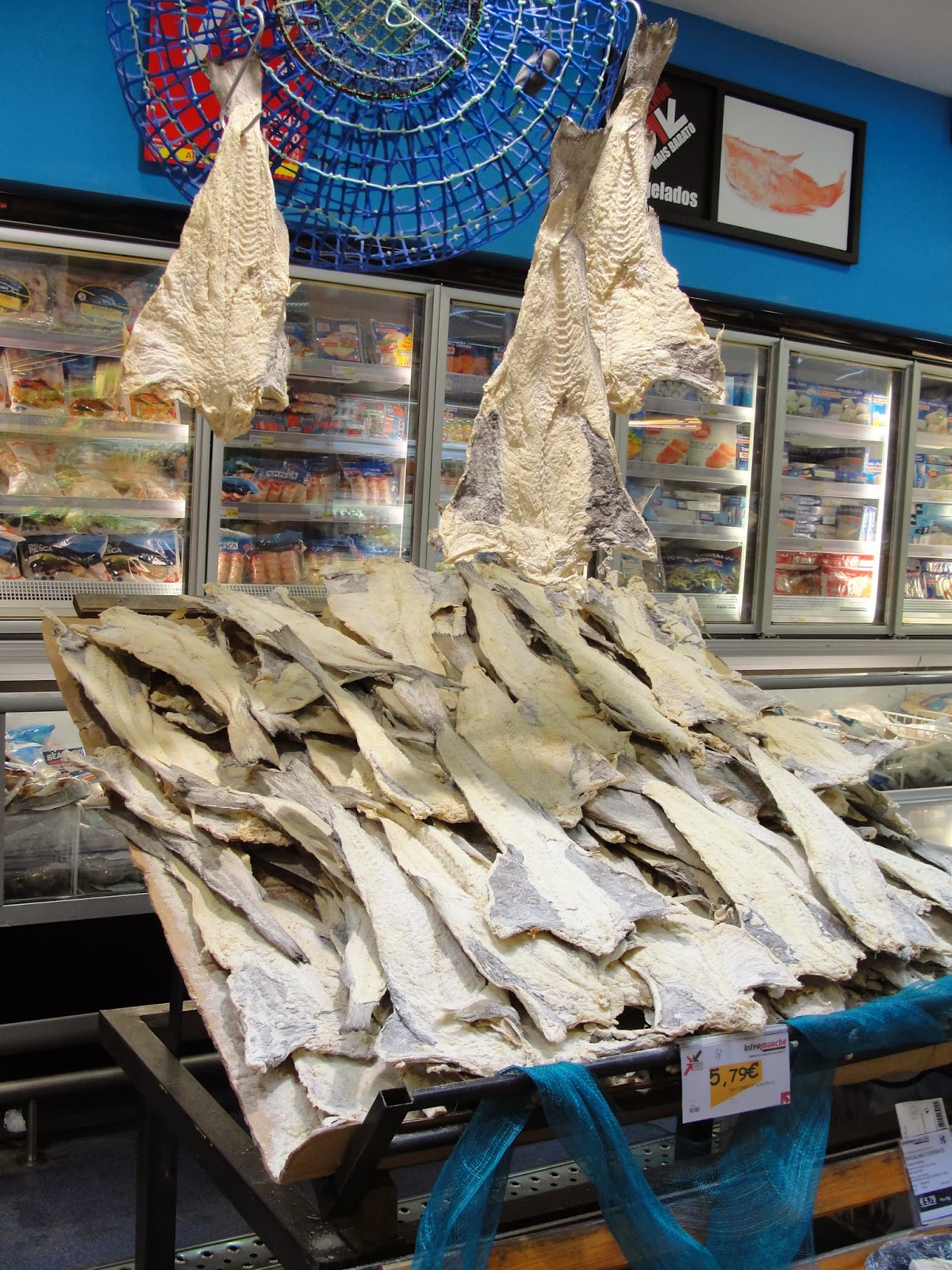 but we still didn't

- otherwise we cooked at the hostel 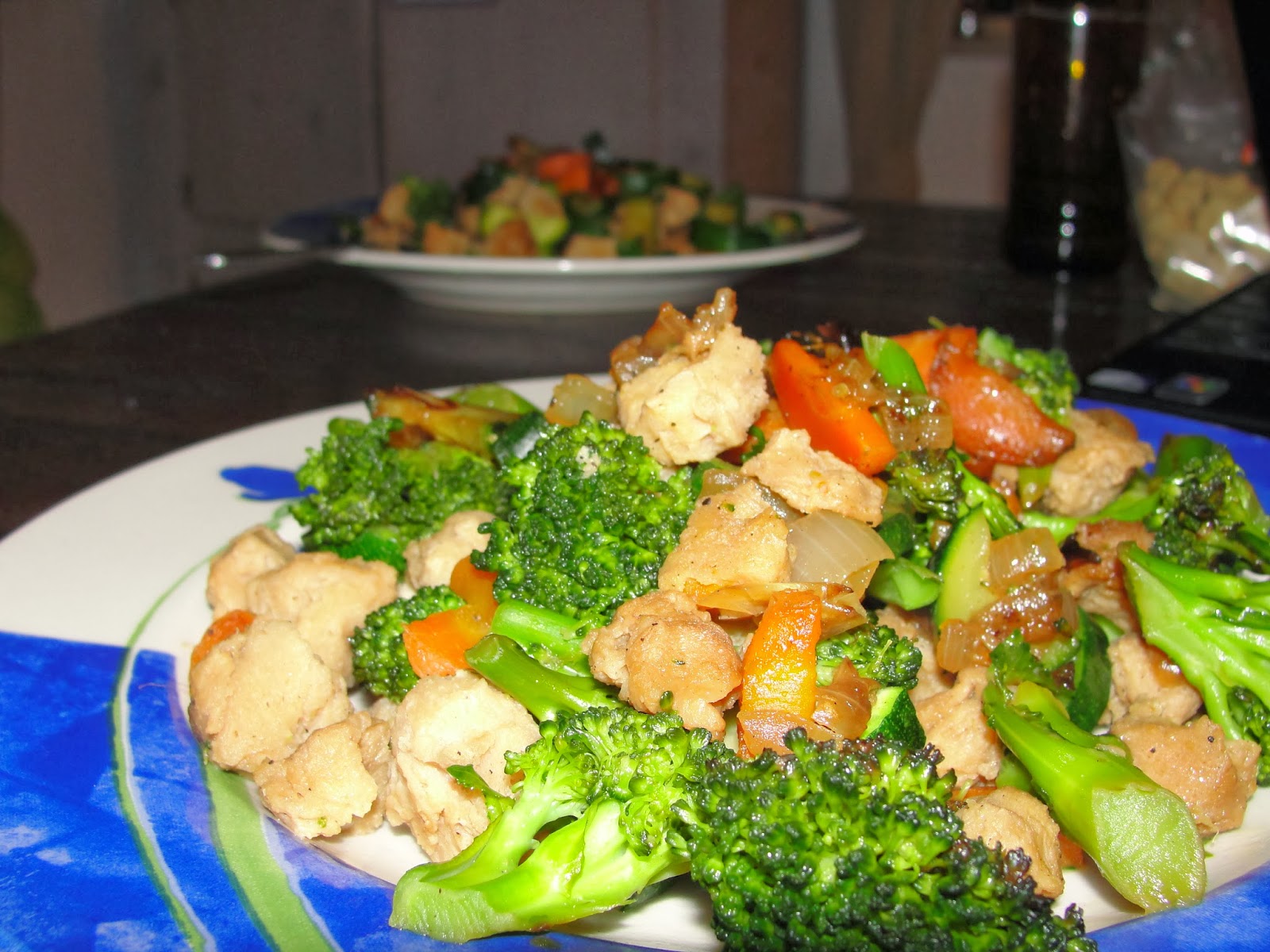 veggies from the local Saturday market 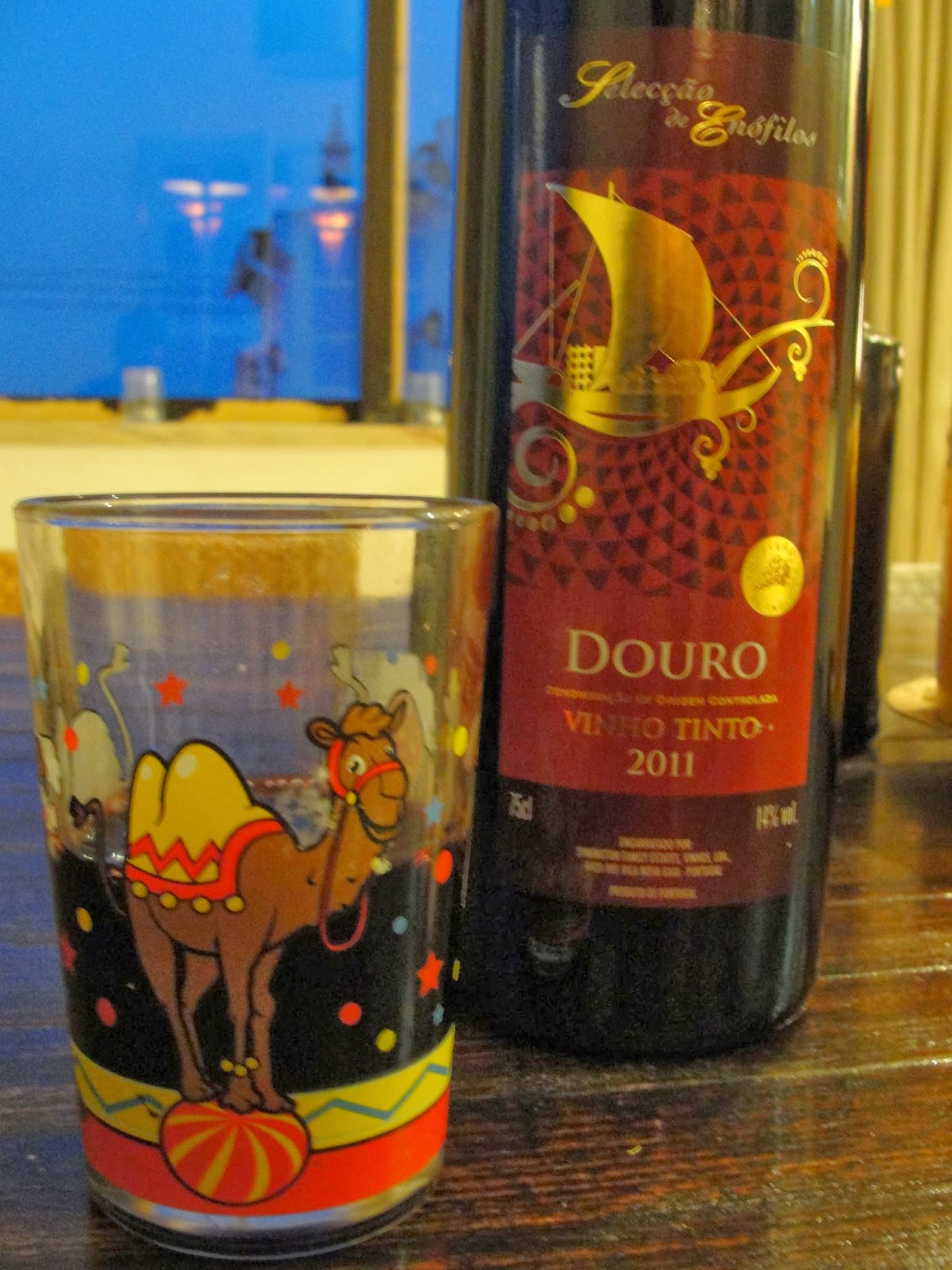 from camel glasses in honor of upcoming Morocco

- and Patrick took the Pepsi challenge with local beers 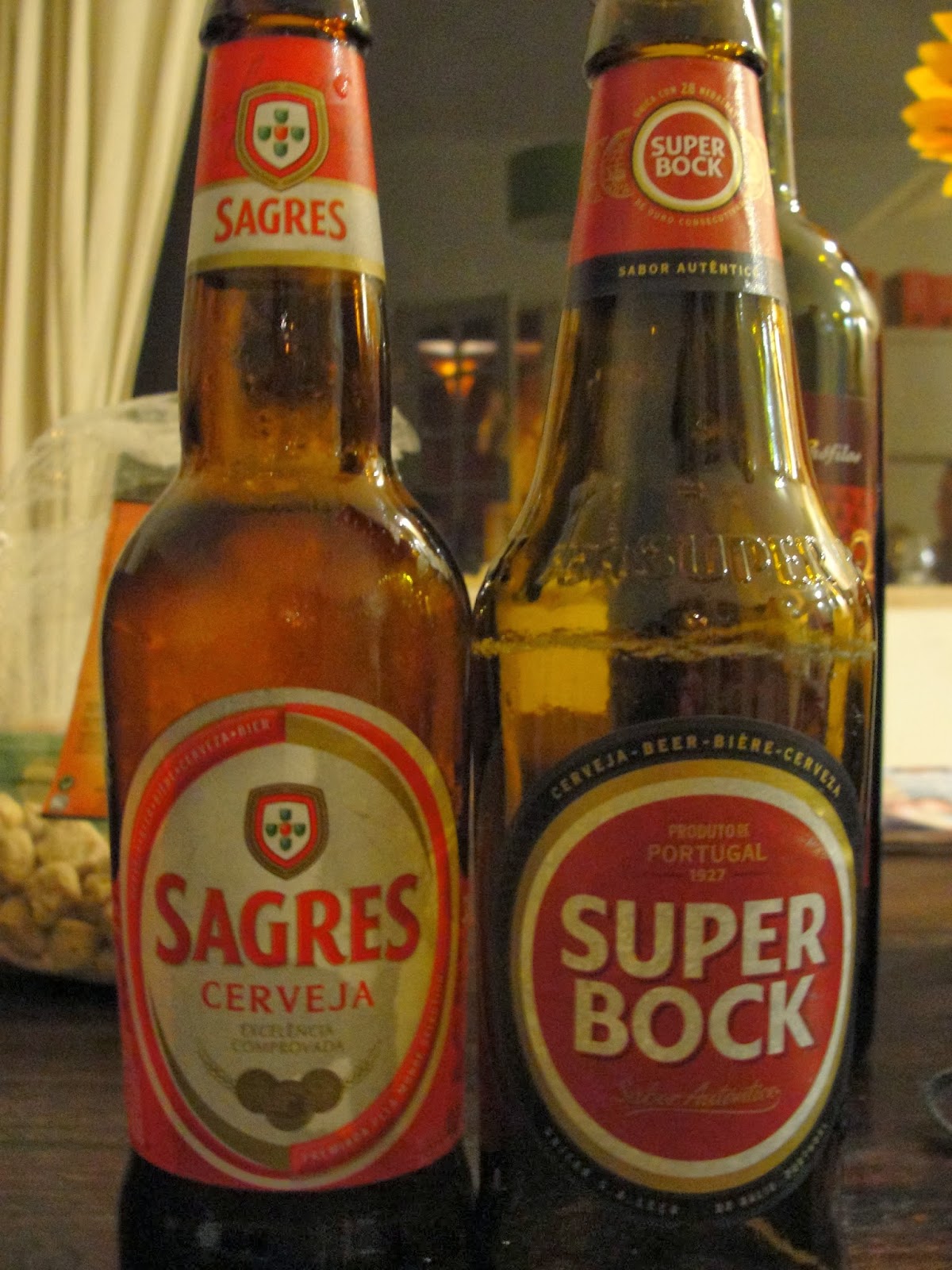 Lodging notes: The downstairs setup was a little odd at Bura Surf Hostel (one bathroom for up to 14 people, beds in the entry room) but whatever, it's a surfer joint.  Since it was low season we had the four-bed dorm to ourselves. The folks who worked there were really nice and there was definitely a chill vibe to the place. We probably would've hated it in the summer, but it was fine for us this time around.

Obrigada/o, Portugal.  We liked you a lot and we hope to see you again real soon.  Next time we promise not to speak any Spanish in your presence...  (Sorry about that.)
Posted by Jen
Email ThisBlogThis!Share to TwitterShare to FacebookShare to Pinterest
Labels: portugal, western europe