We go on and on about how we aren't city people but there is one thing we absolutely love that you don't find in rural villages - thrift stores. Although we aren't big fans of the U.S. megastores, Portland has several community-based thrift stores which have clothed us and furnished our apartments over the years.

In Prague and Krakow it took some googling - apparently people in post-Communist Europe aren't too excited about giving things away, go figure - but we found a few secondhand shops where we were able to buy extra clothes for our forthcoming farm gigs. Patrick found some warmer clothes too.

In Barcelona we found a chain called Humana - they seem to be on every corner and their mission is pretty admirable. Patrick found a pair of jeans to replace his holey farm-riddled pair; he also found some comfy super-light cotton lounge pants. Jen was able to replace her extremely-over-mended-dying-a-slow-painful-death purse with a really functional shoulder bag; she also found a much-needed Sookie replacement (aka a wool scarf). 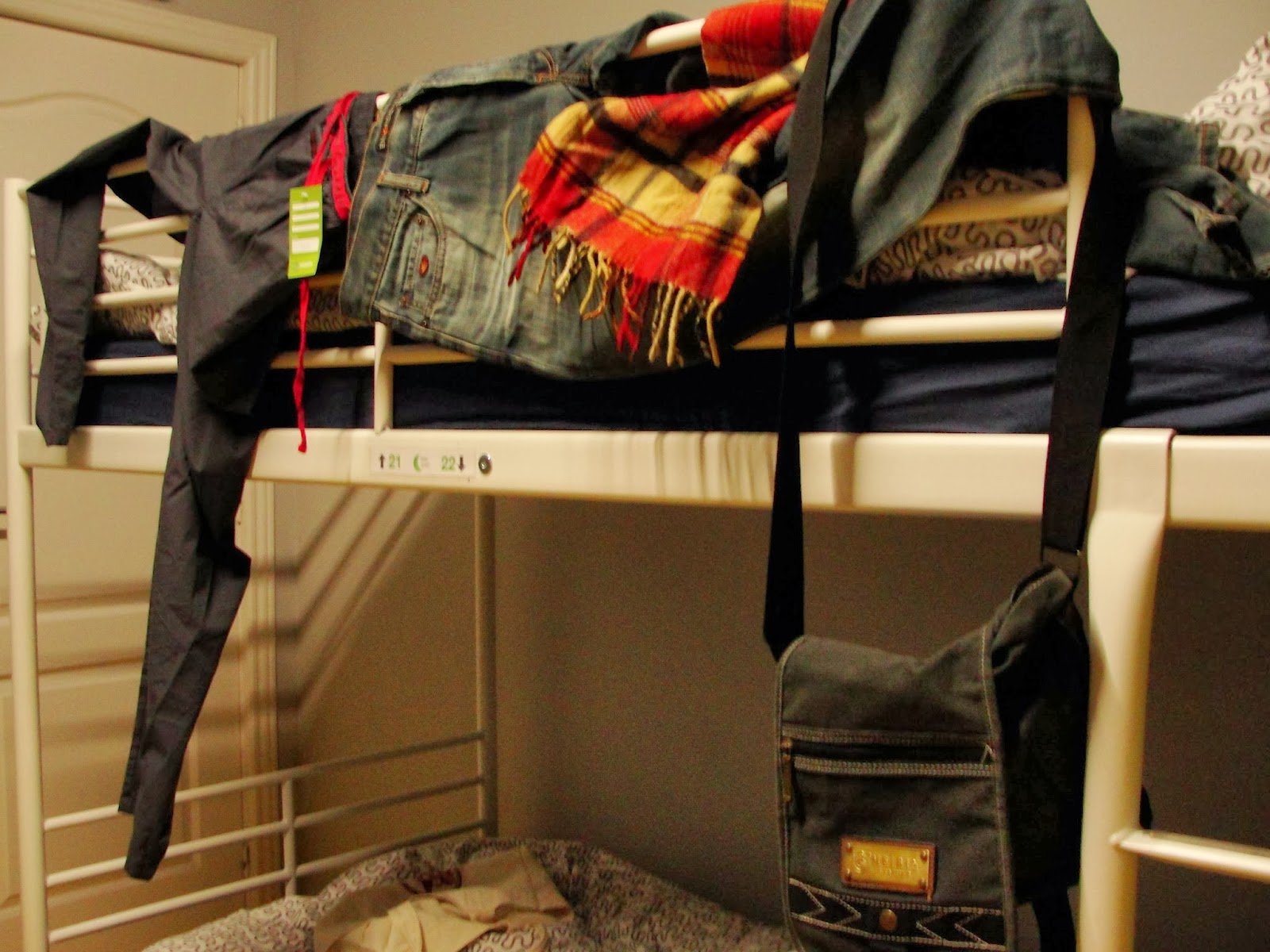 The woman at the last shop even gave us the scarf for free with our purchase - you wouldn't see that happen at a Goodwill or Salvation Army. In return we are spreading the word in hopes that fellow travelers will support them...

We paid about €20 in total which, for two pair of pants and a bag, sounds like a lot by American thrift store standards. But for a good cause we didn't mind. If we bought it all new it would've been five times that, and besides, after four months of being completely out of our element the nostalgic browsing experience was almost priceless in itself.

So yeah, Humana. If you're in Barcelona, stop in and check them out!
Posted by Slowly Global
Email ThisBlogThis!Share to TwitterShare to FacebookShare to Pinterest
Labels: spain, travel tips