Even old New York was once New Amsterdam...

Istanbul, where thousand year old mosques line the sky, prayer calls ring through the loudspeakers across the city five times daily, and they mark your gender as well as your name on your bus ticket (so as not to sit men next to single women).

Istanbul, where there is real street food, fish go from the water that morning to your plate at lunch, restaurateurs hassle you for business as you walk down the street, lentil soup is everywhere, everyone drinks gallons of tea every day, and there is so much color on your plate!

Istanbul... Where masses of residents and tourists crowd the trams and metros, the downtown streets, the nameless side alleys you can't find on a map no matter how hard you look... So many people. It was hard to find quiet spaces but we managed now and then. 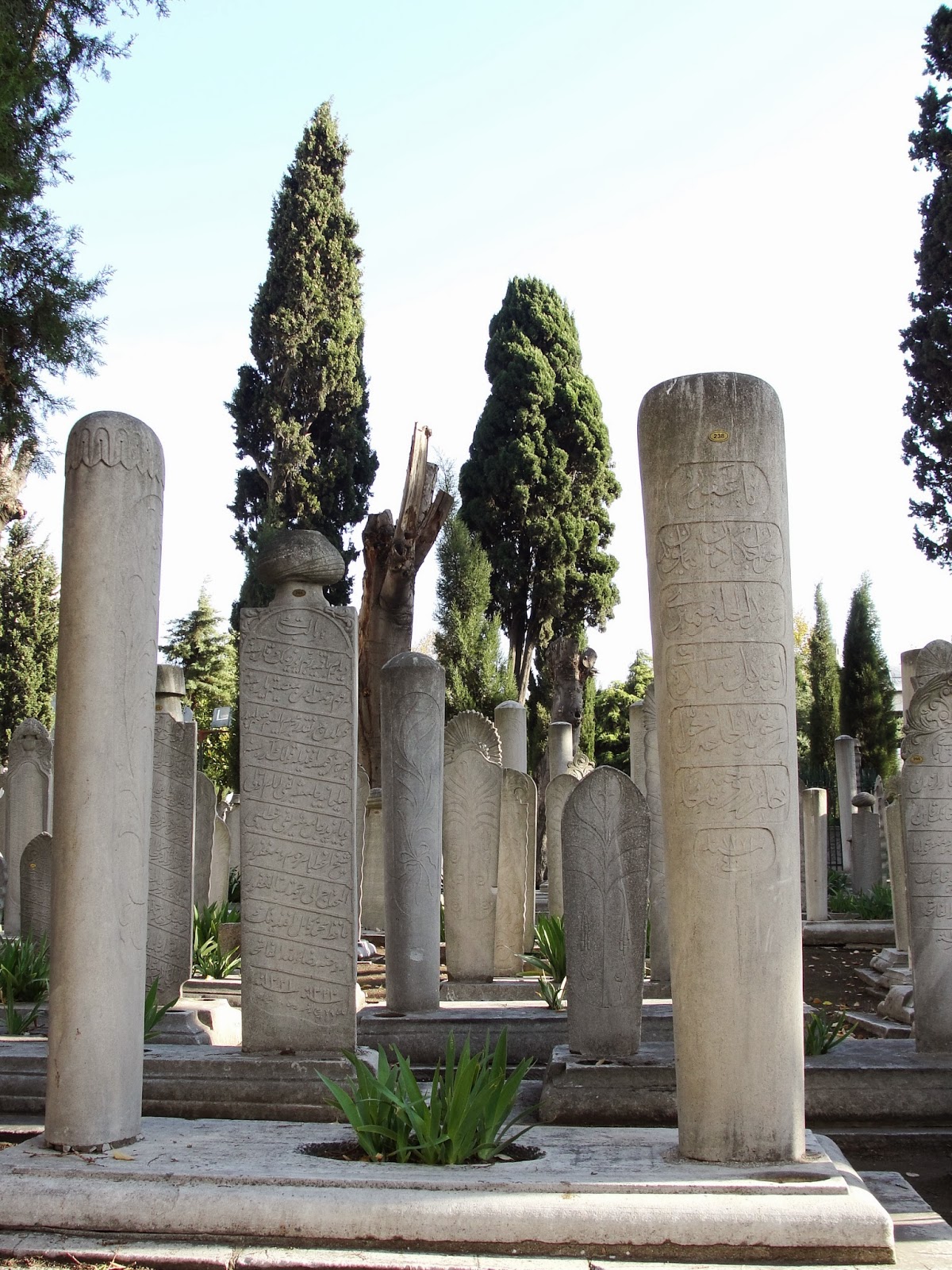 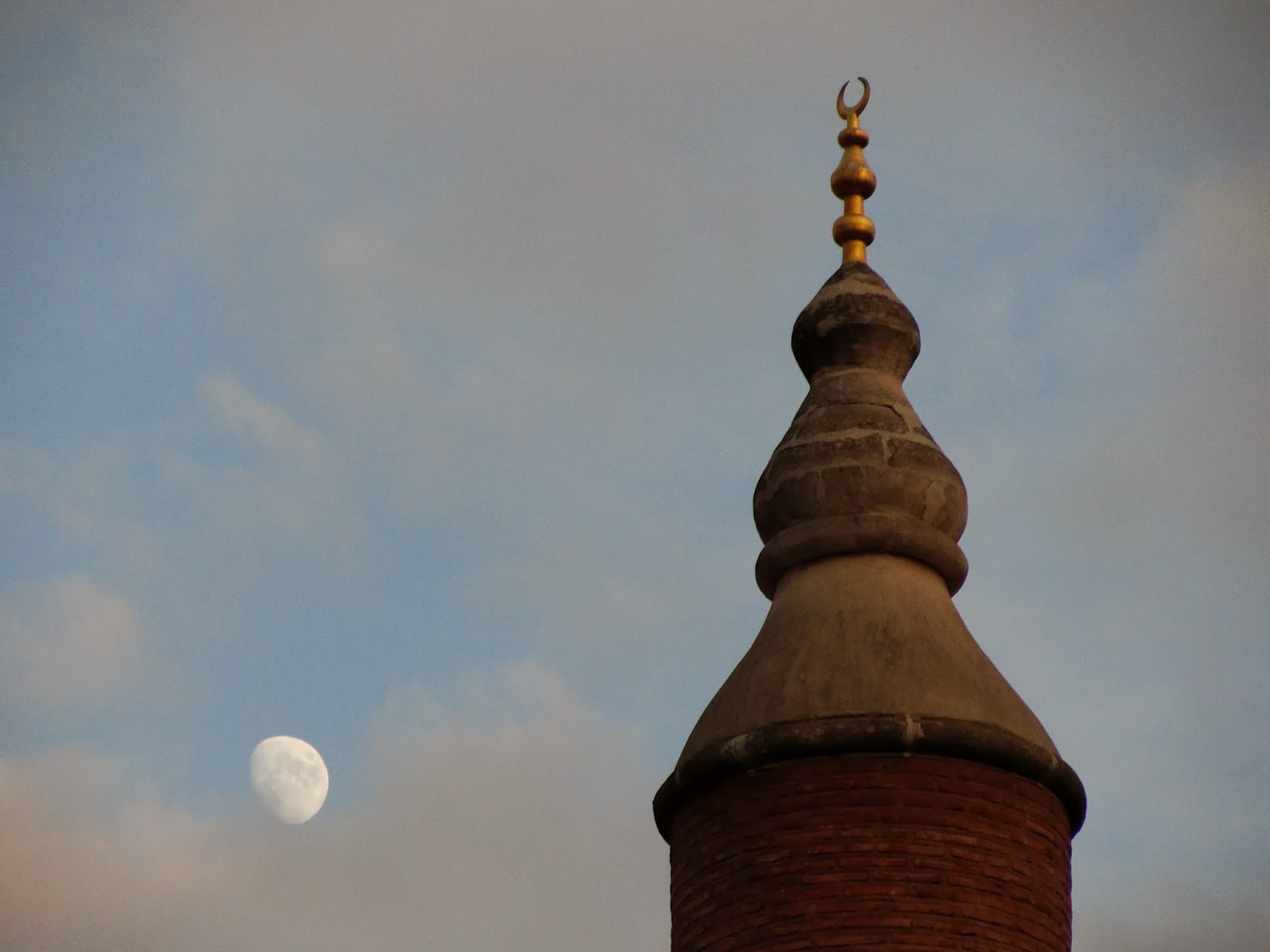 We hit most of the highlights: 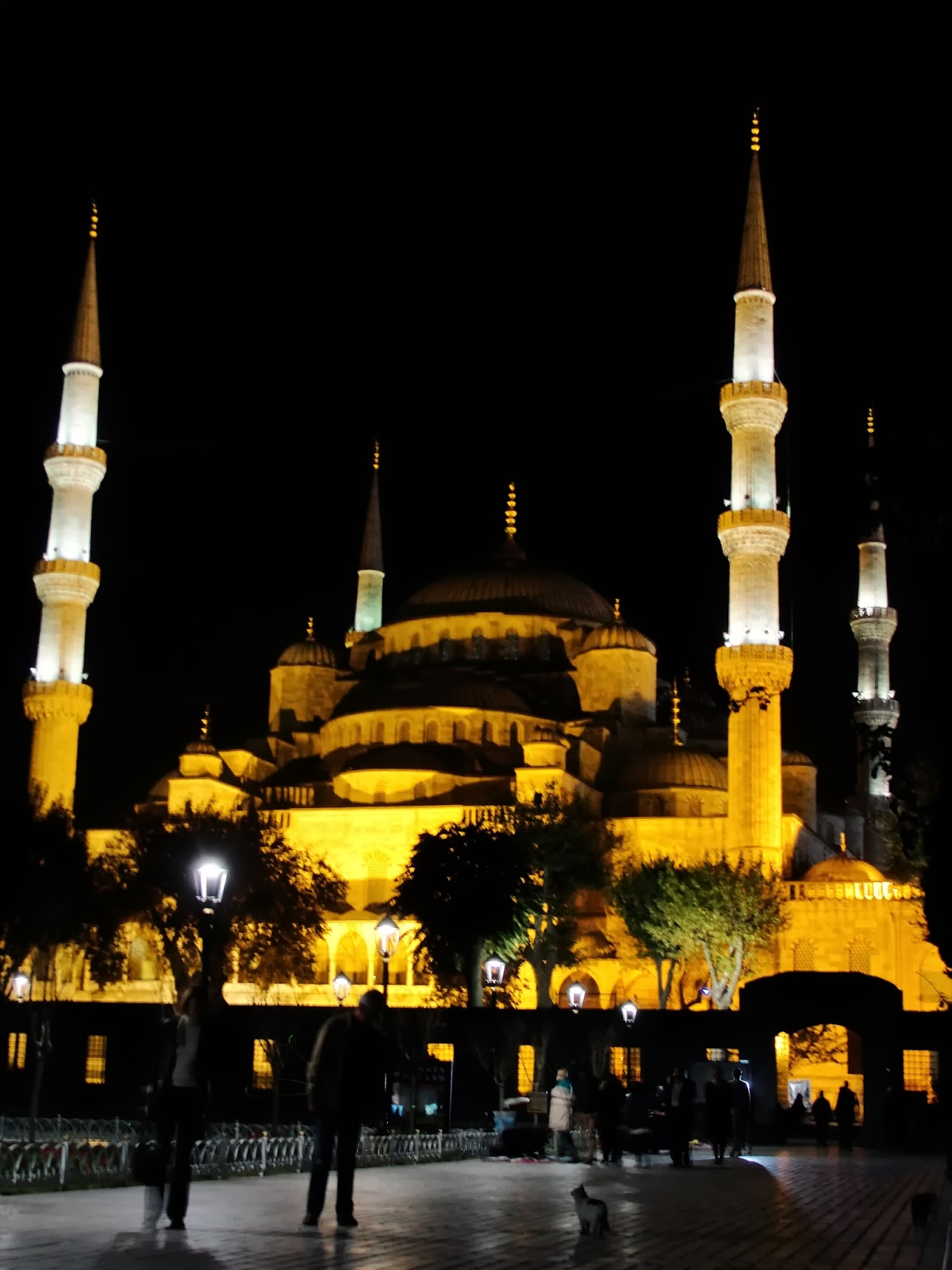 The Sultanahmet (Blue) Mosque was our first daytime stop. Built in the 1600s to rival the mosque across the street, well... you can read all about it here. It was beautiful, architecturally and stylistically. It was also very crowded, the hanging lights distracted from the views of the arches and tiles, and they were getting ready for prayer so we didn't spend a whole lot of time inside. 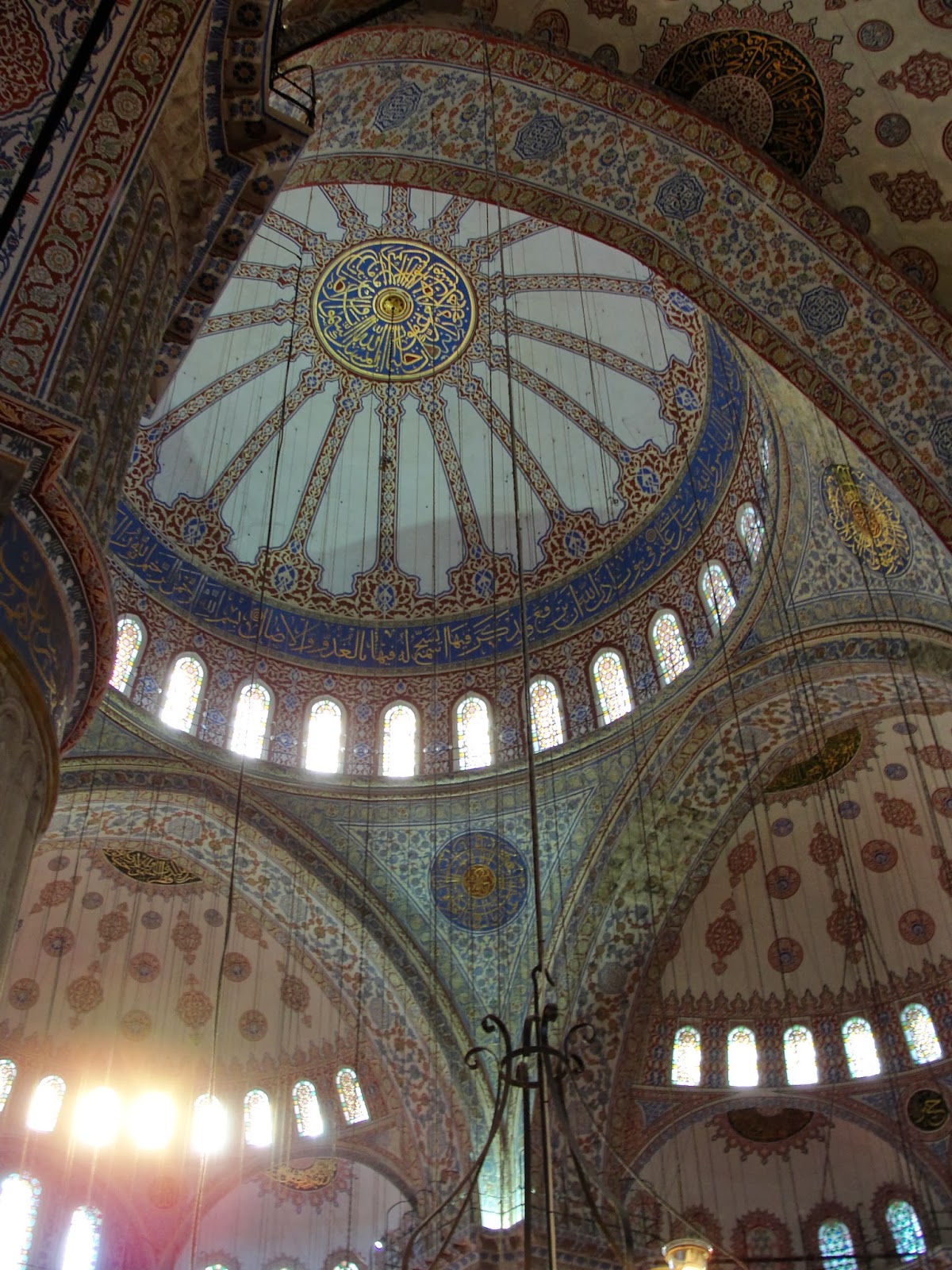 looking up in the blue mosque 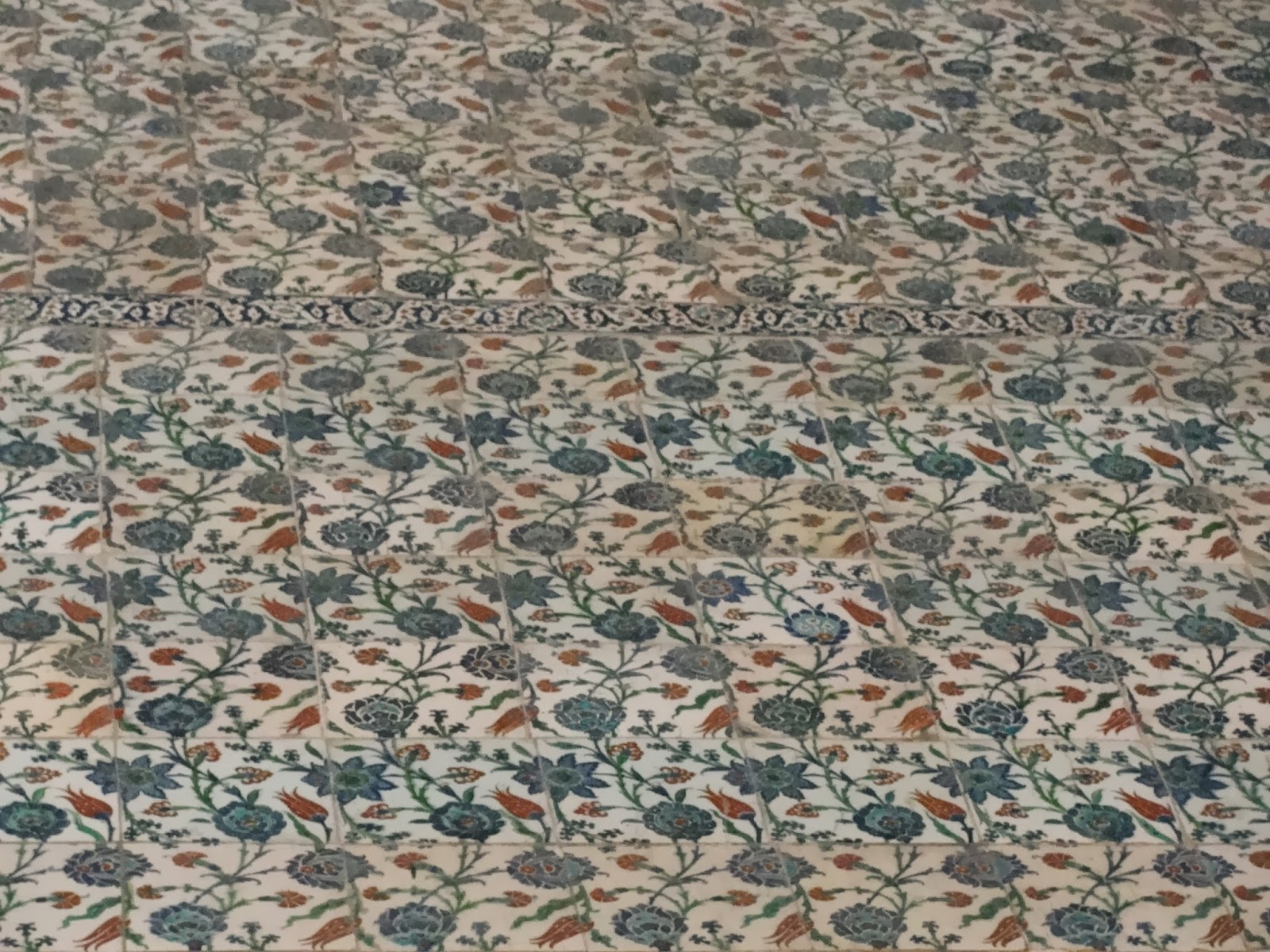 why they call it the blue mosque

We saw a few minutes of a whirling dervish performance our first night at a bar near our hostel. That was enough for us but we did visit the Mevlevi Dervish museum for a brief history of the practice, customs, and musical instruments. It's the oldest place where the fascinatingly bizarre dances are still performed. Fine arts are also a big part of this world, and we saw beautiful calligraphy and marbling art exhibits as well. 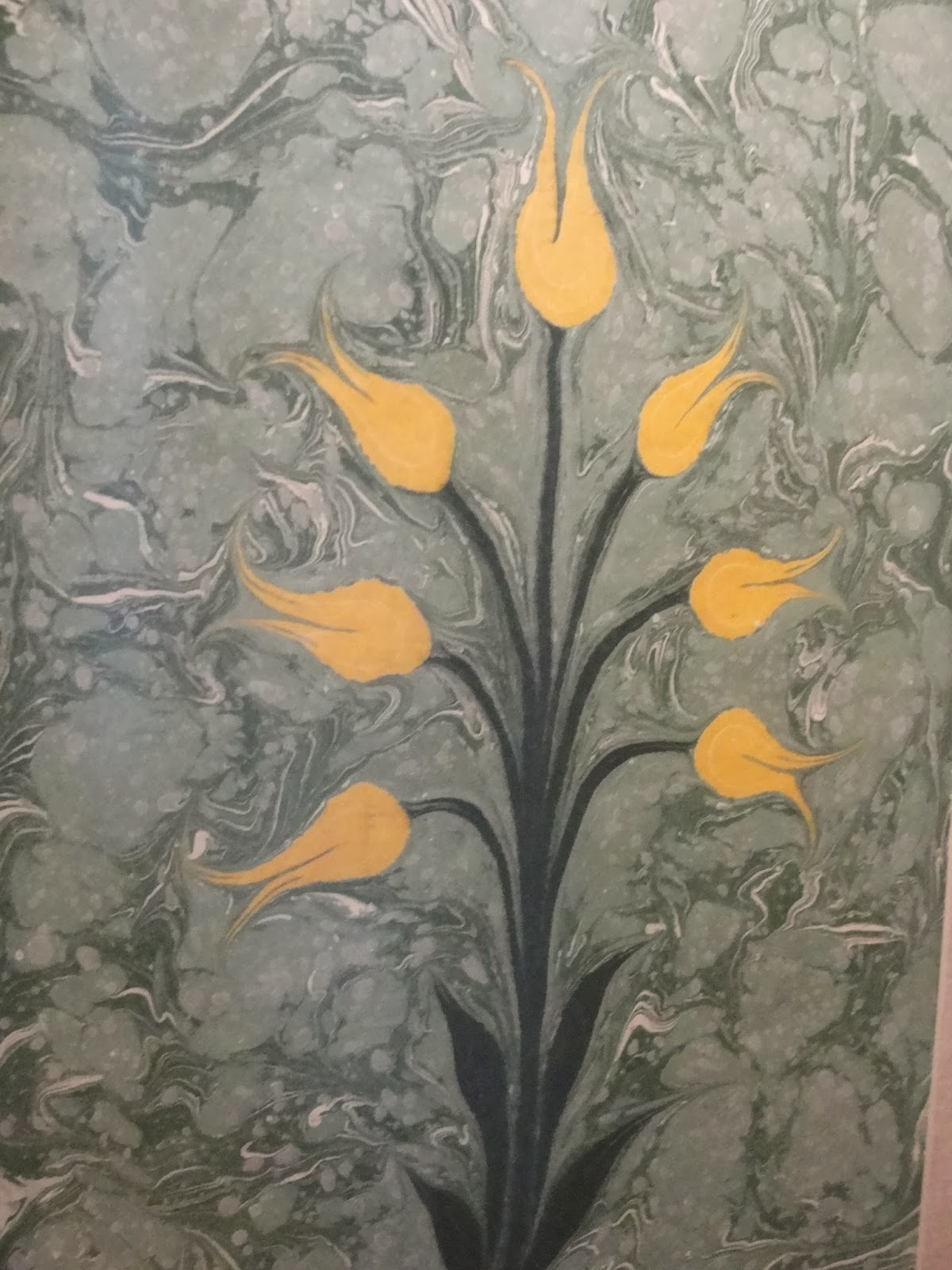 Jen's new hobby
when we get back to Portland

The Basilica Cistern was our final paid tourist stop. 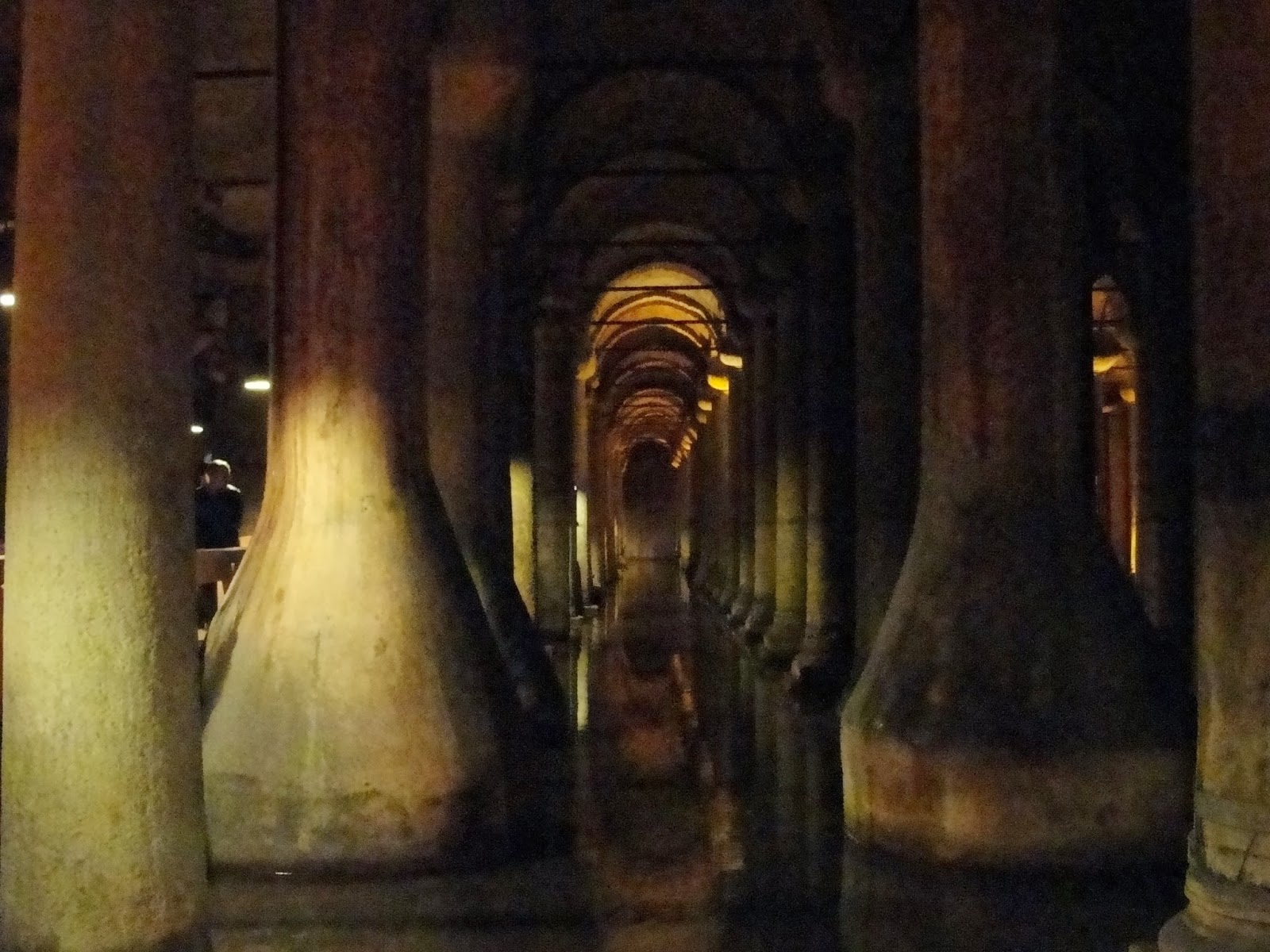 Far under the Hippodrome area of downtown Istanbul, this 336-columned marvel built in the 6th century could hold up to 100,000 tons of water for the city. The Ottomans, favoring running water to still water, let it fall to ruin in the 1500s and it was restored several times, most recently in the 1980s where it became accessible for public viewing. 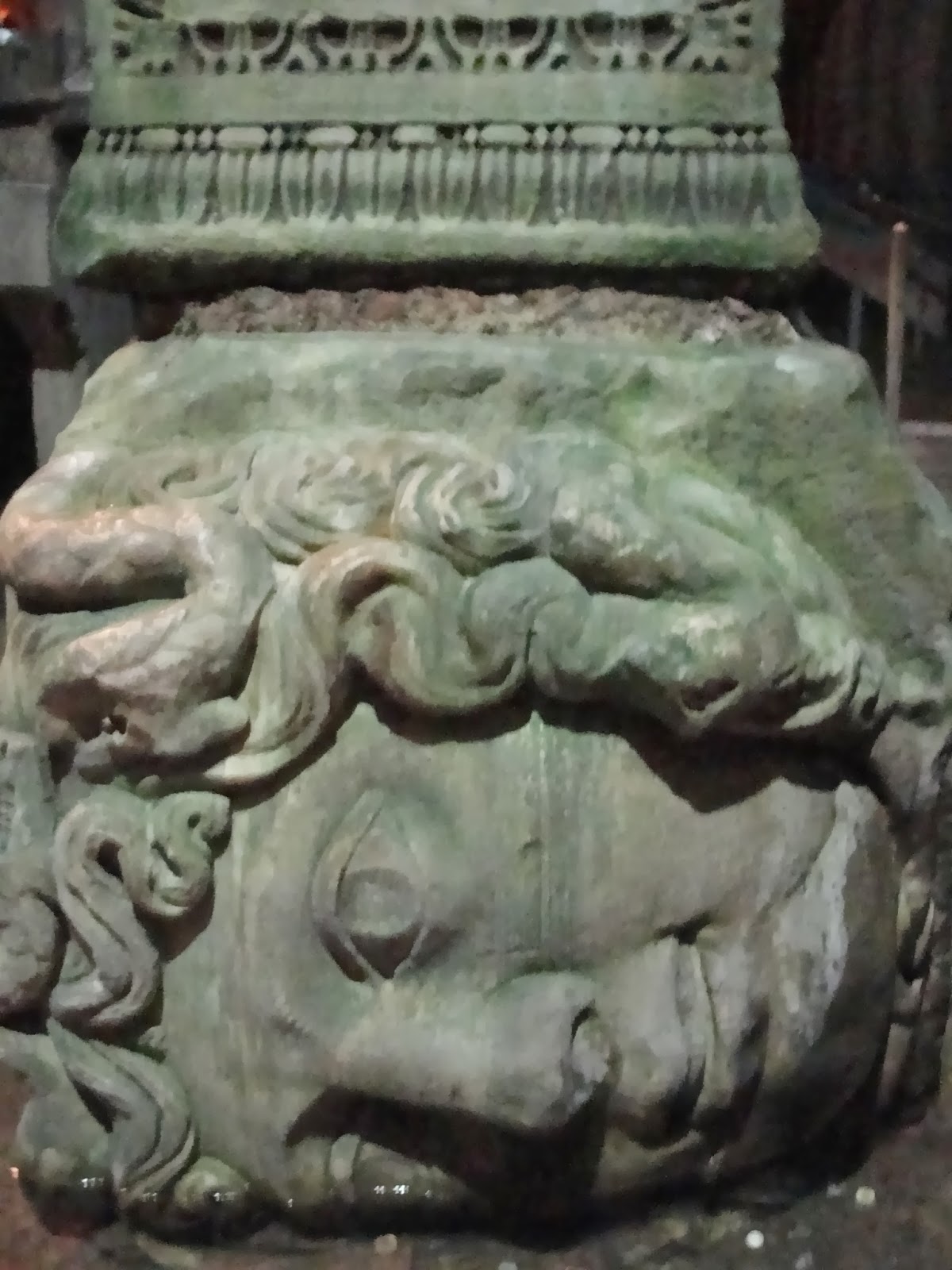 the big draws are the medusa heads 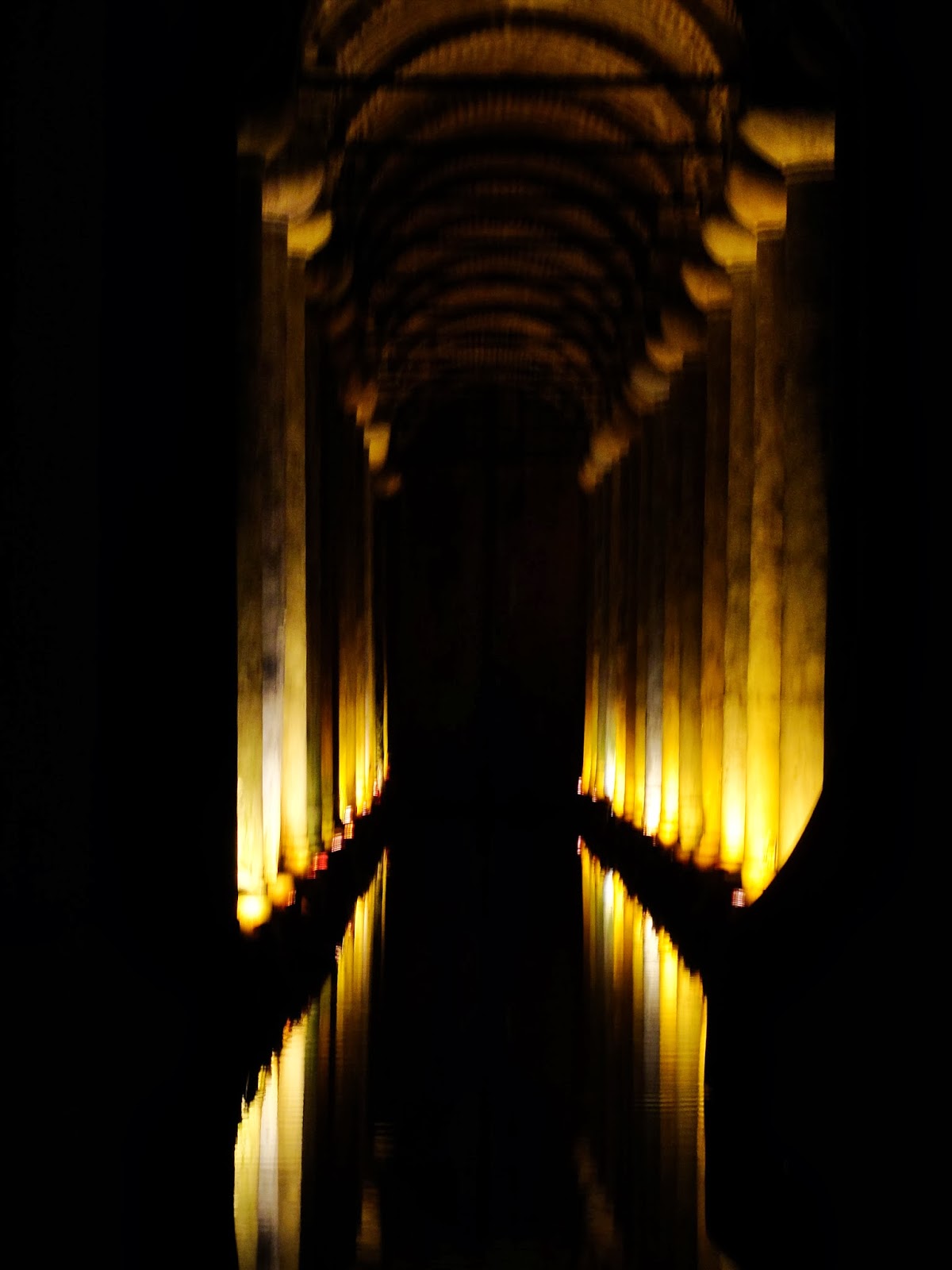 but we liked this quiet alley the best

It was eerie and amazing... possibly the highlight of our tourist attractions.

Of course we visited the Grand Bazaar and the Spice Market. 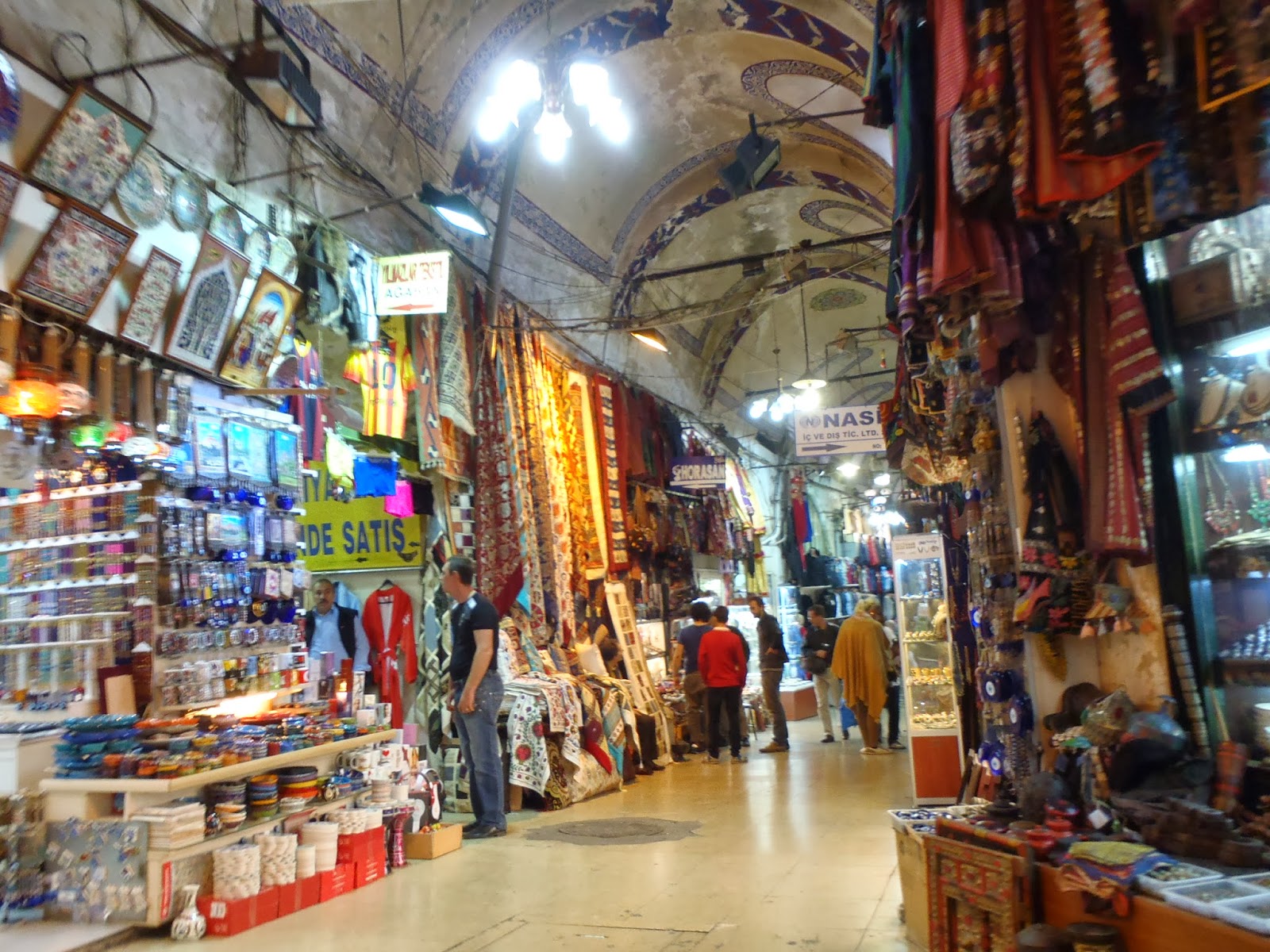 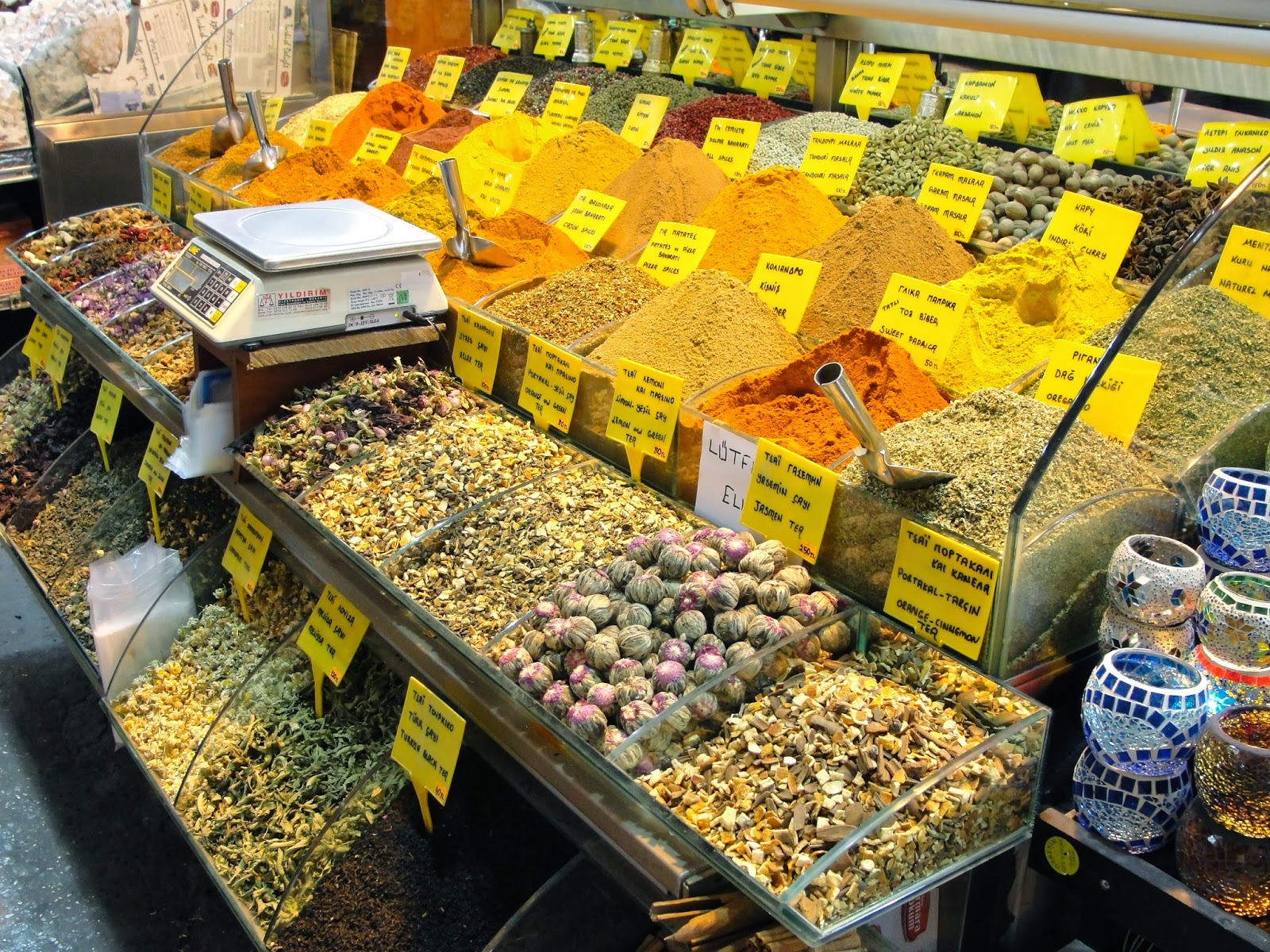 my kingdom for a real kitchen

They are close to everything and many times we would find ourselves wandering into one or the other without intending or even realizing - sneaky street design, Istanbul! Both were fun to browse and we were glad we came in the cooler off-season. But when you don't shop and can cook only what you carry on your back, it's really just a big tease. 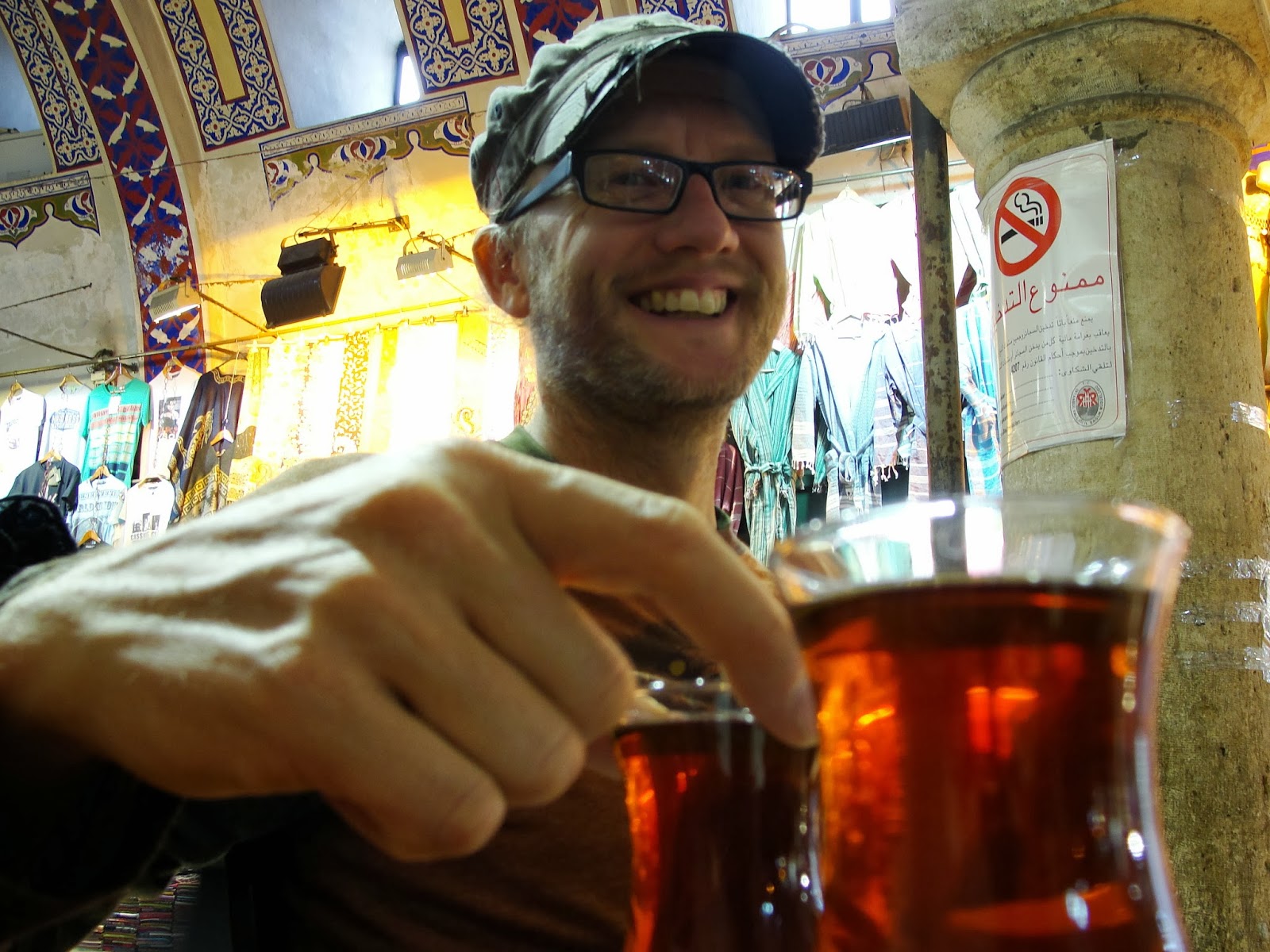 tea was a good purchase though

We were a bit dismayed with all the "made in China" clothing and gadgets at the Grand Bazaar. (And with all the markets lining the downtown streets, underground walkways, and metro stations in general.) The shop layouts were interesting, though. We found an entire street dedicated to fans; another to small generators; many clothing-specific strips (babies, tots, women). Not exactly efficient one-stop shopping but at least you could compare prices and get the best deal...? 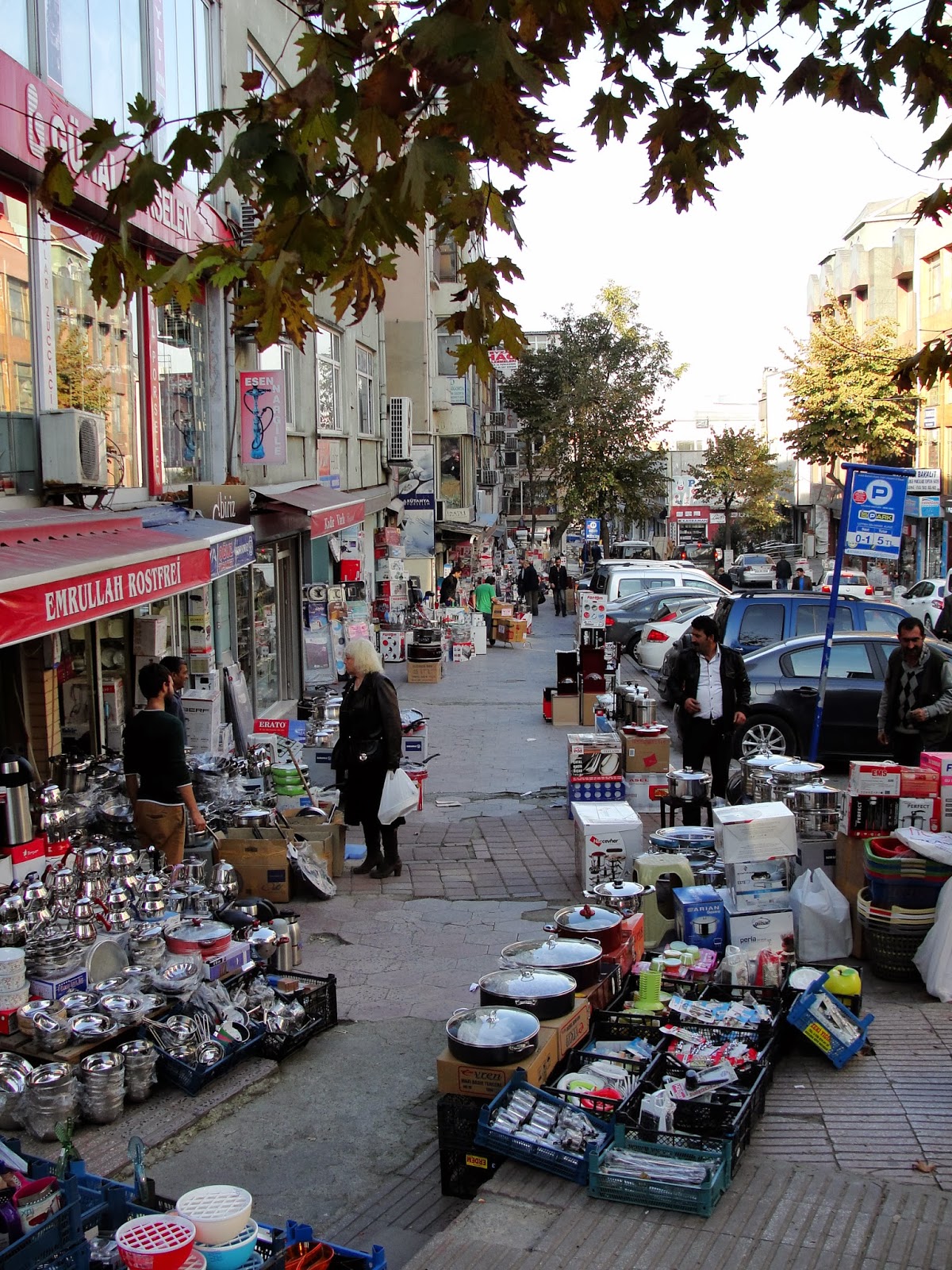 One day we walked up to New Town's Taksim Square and then down Independence Avenue. Lots more shops and cafes, one of which we chose to rest for a bit. 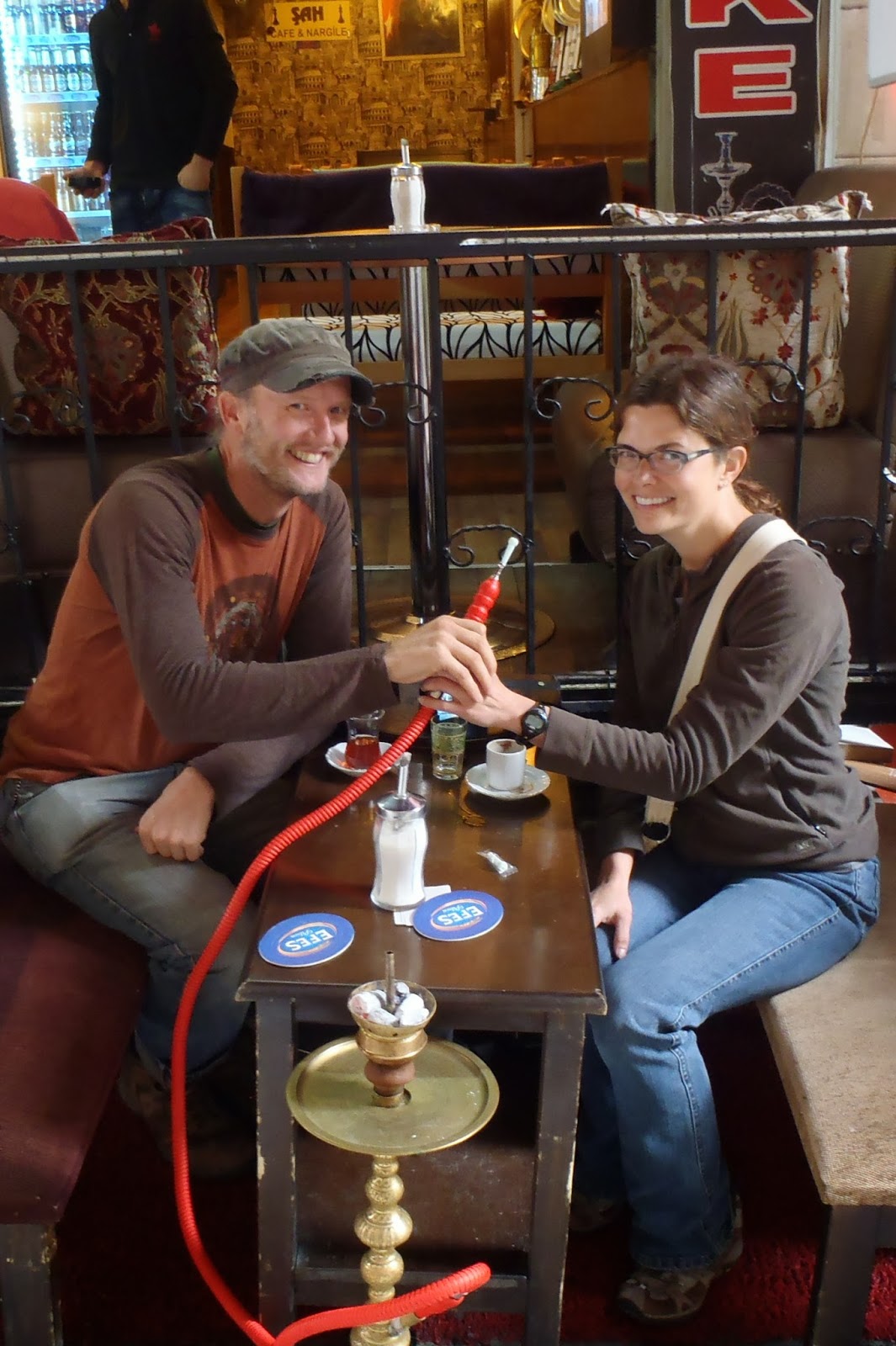 We walked back past Galata Tower (skipping the entry fee, the sky was too overcast to get a good skyline view). We skipped a few other things which will probably make some of you cringe - namely, we did not tour Hagia Sofia. For once it wasn't completely about the money - other than the Blue Mosque we didn't visit any of the 92 thousand other free mosques the city has to offer, either. We also did not go into the Topkapi Palace.

With only three days we were already cramming everything in, and we had to leave time for future planning (exhausting in itself). Sitting on the pier, or in the park adjacent to the Palace, for an hour people-watching and catching our breath was more important to us than touring a mosque or museum - no matter how famous that mosque or museum might be.

(For the record, we feel the same way about all churches - Catholic, wooden, ancient, etc - and most art museums.)

We'll google pictures someday of everything we skipped. Or maybe we will just come back. 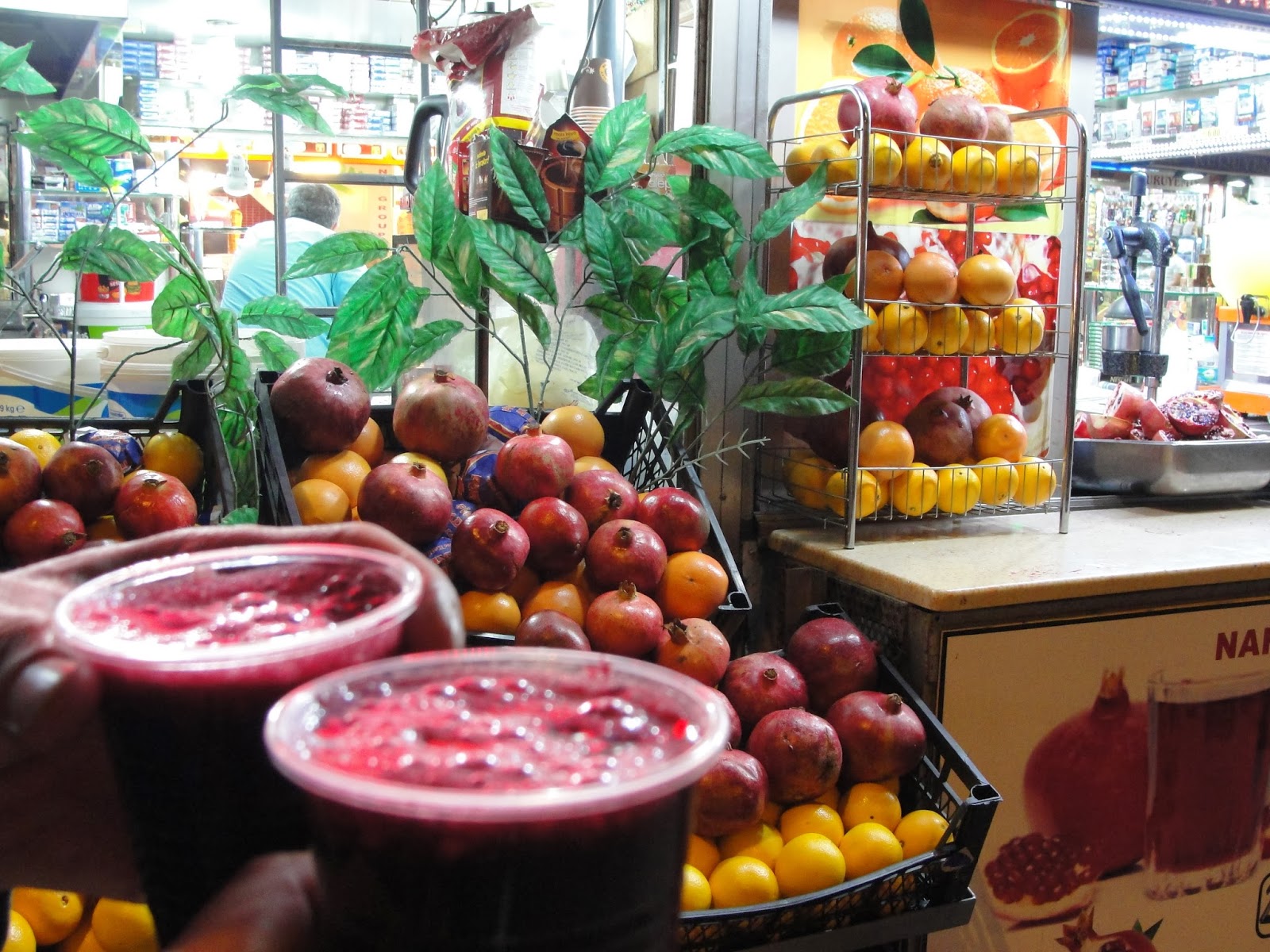 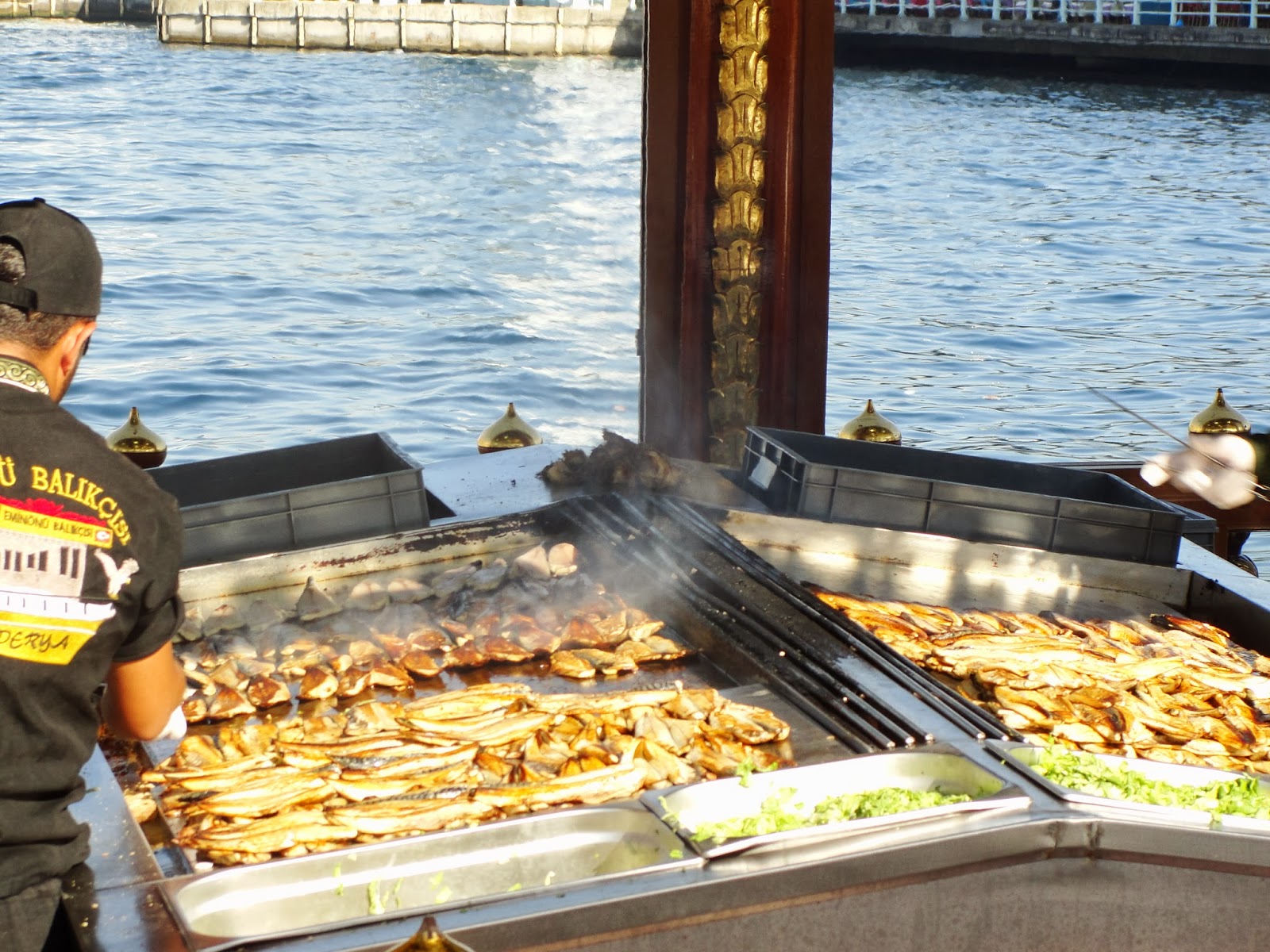 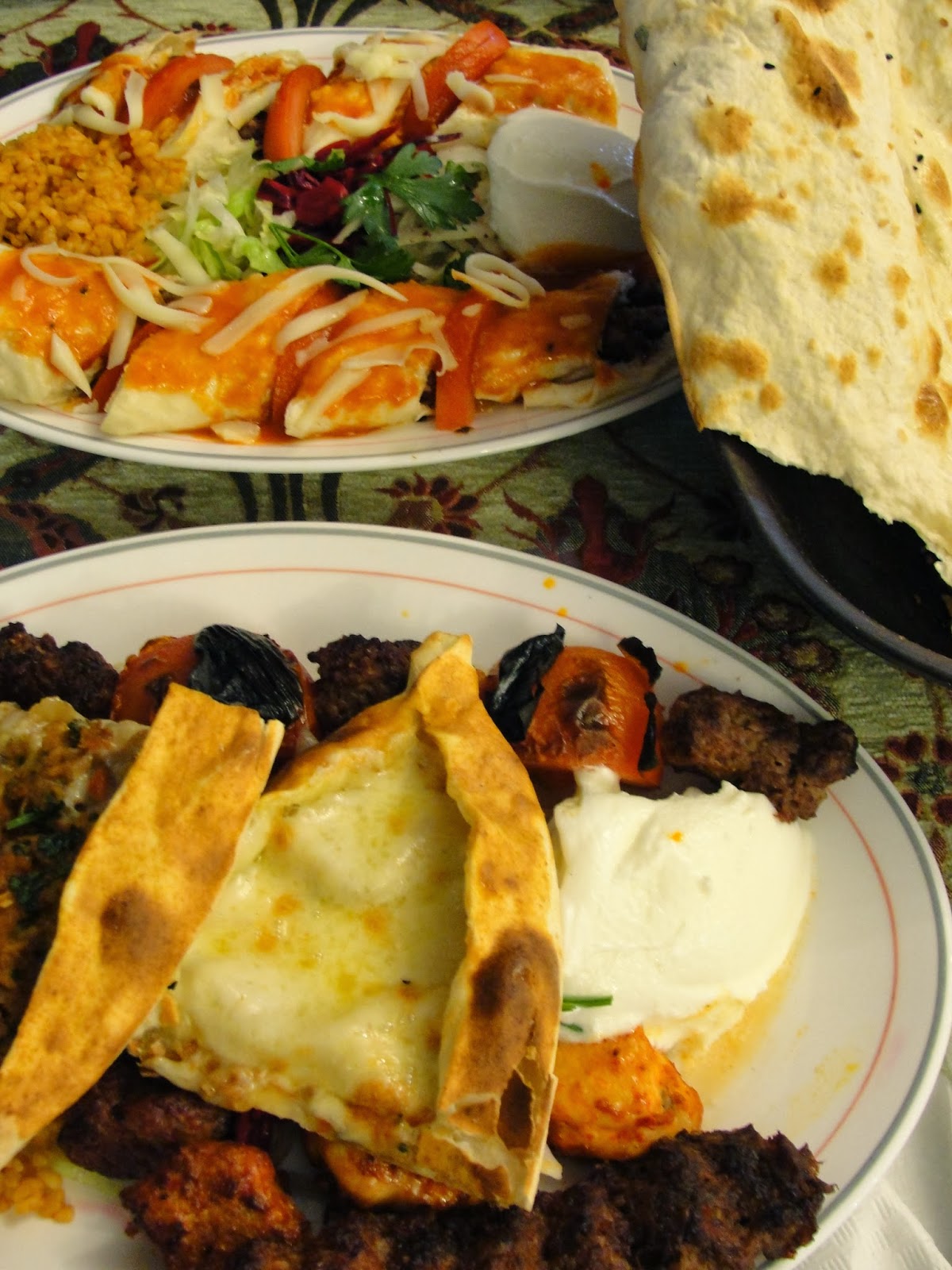 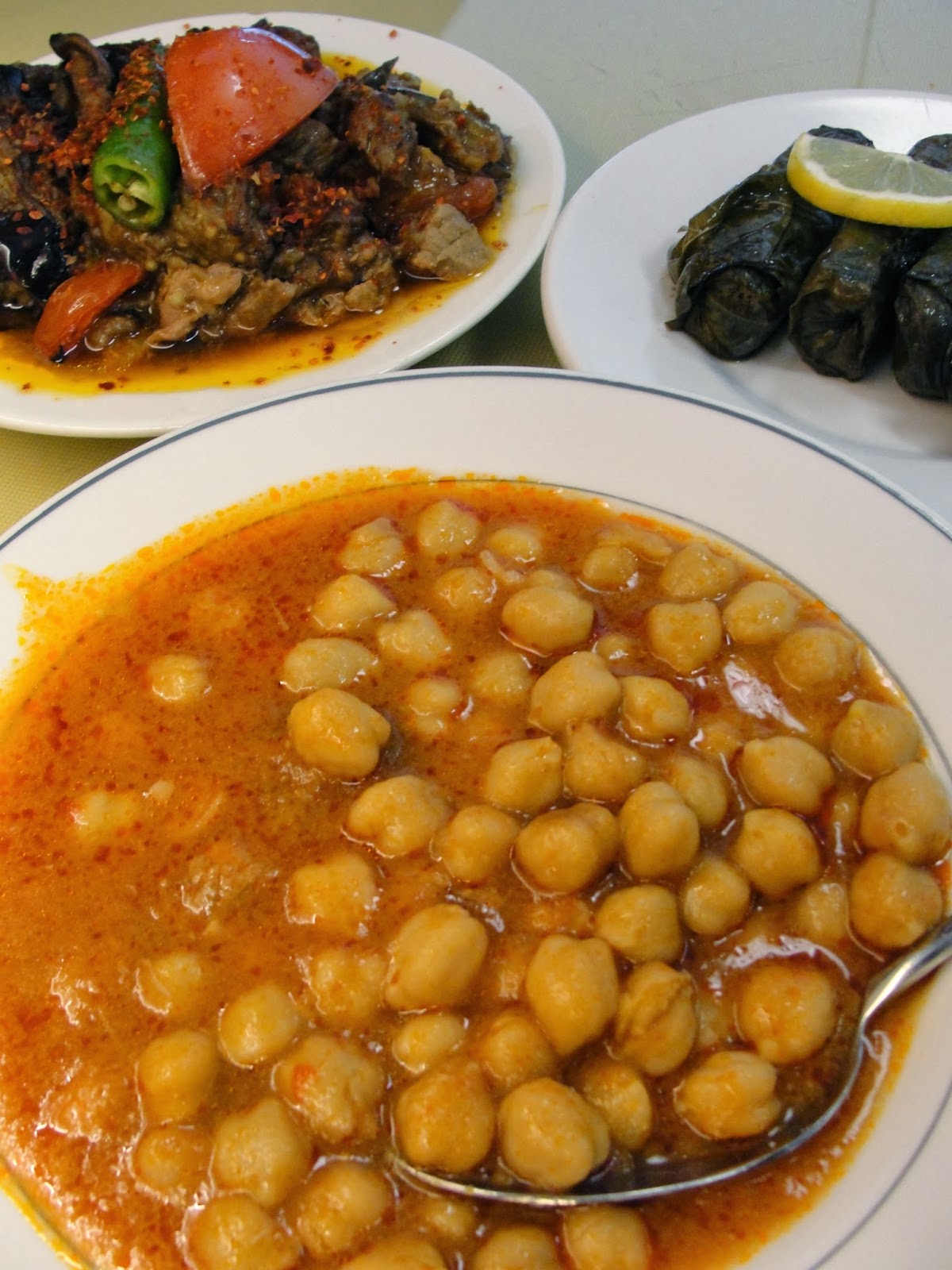 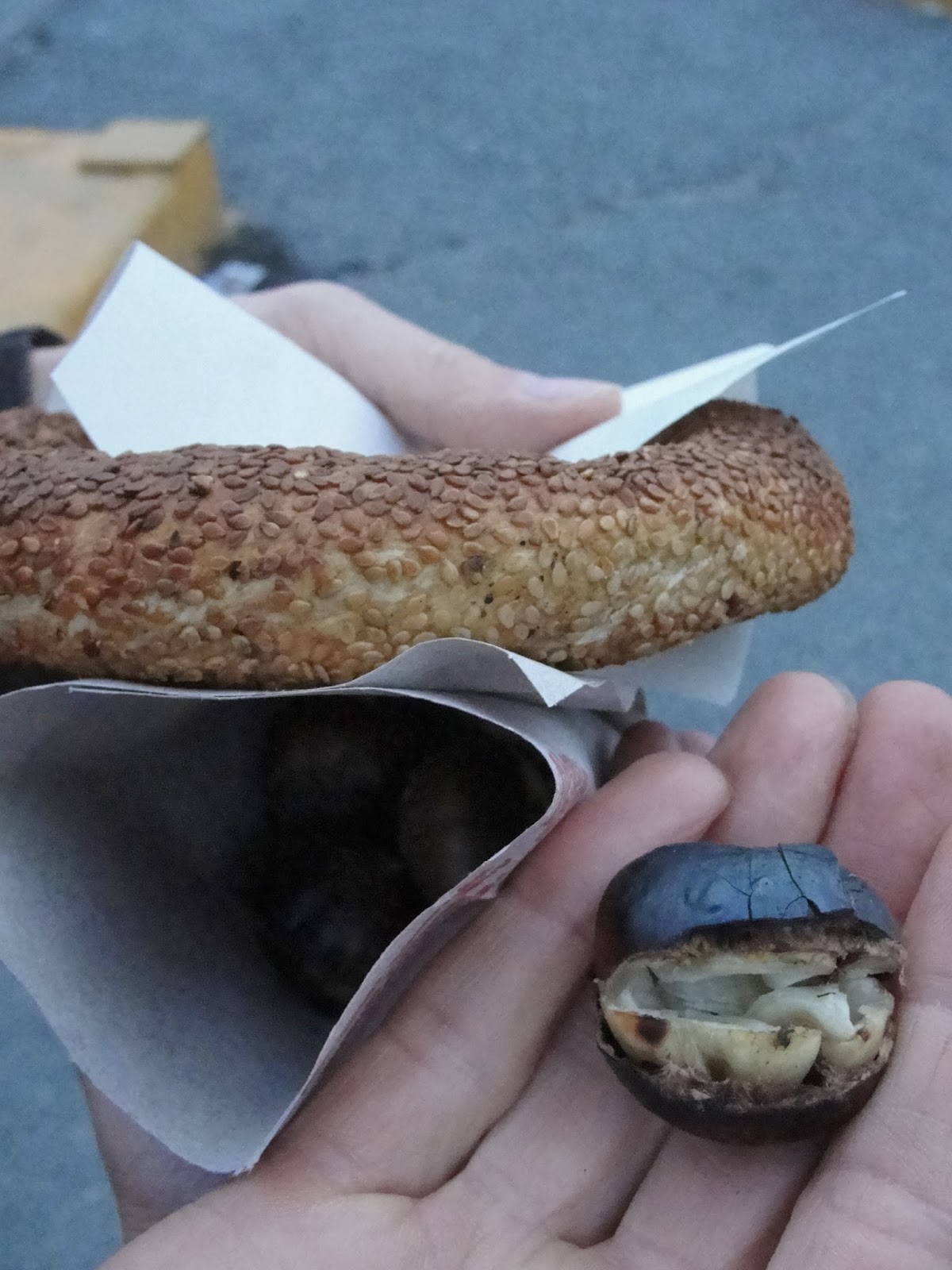 So much more food to list - we finally replenished our raisin and fig stash for a reasonable price (soooo expensive in Central Europe!). No baklava or hummus... yet. But the feta-like cheese was amazing. The fruit stands were beautiful and the grocery stores were fascinating. The ayran (a salty yogurt drink) was fantastic. And the olives... so many olives. Heaven.


We hope to pass back through Istanbul on our way to Morocco (or Portugal or Spain or Vietnam or wherever the heck we go after Turkey), though. It really was an amazing city. We probably could've entertained ourselves for another three days and spent lots of money doing so, but once again city life started to get a little draining. So we hopped on a bus and went from sensory overload to what appears to be the moon... Goreme!
Posted by Slowly Global
Email ThisBlogThis!Share to TwitterShare to FacebookShare to Pinterest
Labels: turkey