Adelaide is the fifth largest city in Australia and the capital of the South Australia province. It was the first colony based on free settlement rather than convict labour (yes, "labour" with a "u" - we are in Australia, after all).

Of course, the "settlers" who had been here for hundreds of years before the British invasion - errr, colonization - were also "free settlers"... But we'll save that rant for another day.

Blah blah blah. Suffice to say, as much as we can like cities, we liked Adelaide and we were happy to be able to spend about five days tooling around town and the surrounding countryside. Here are five suggestions for adventures in Adelaide if you happen to visit, in no particular order:

Adventure #1: Smell the flowers. We were totally train-lagged when we arrived around 7am Friday morning so we ditched our bags at the bus station, hopped on the free city bus, and headed straight for Adelaide's Botanic Gardens. Like every other public park in Australia, these gardens are truly stunning. It helped that it was a beautiful sunny day and early enough that it wasn't too crowded... 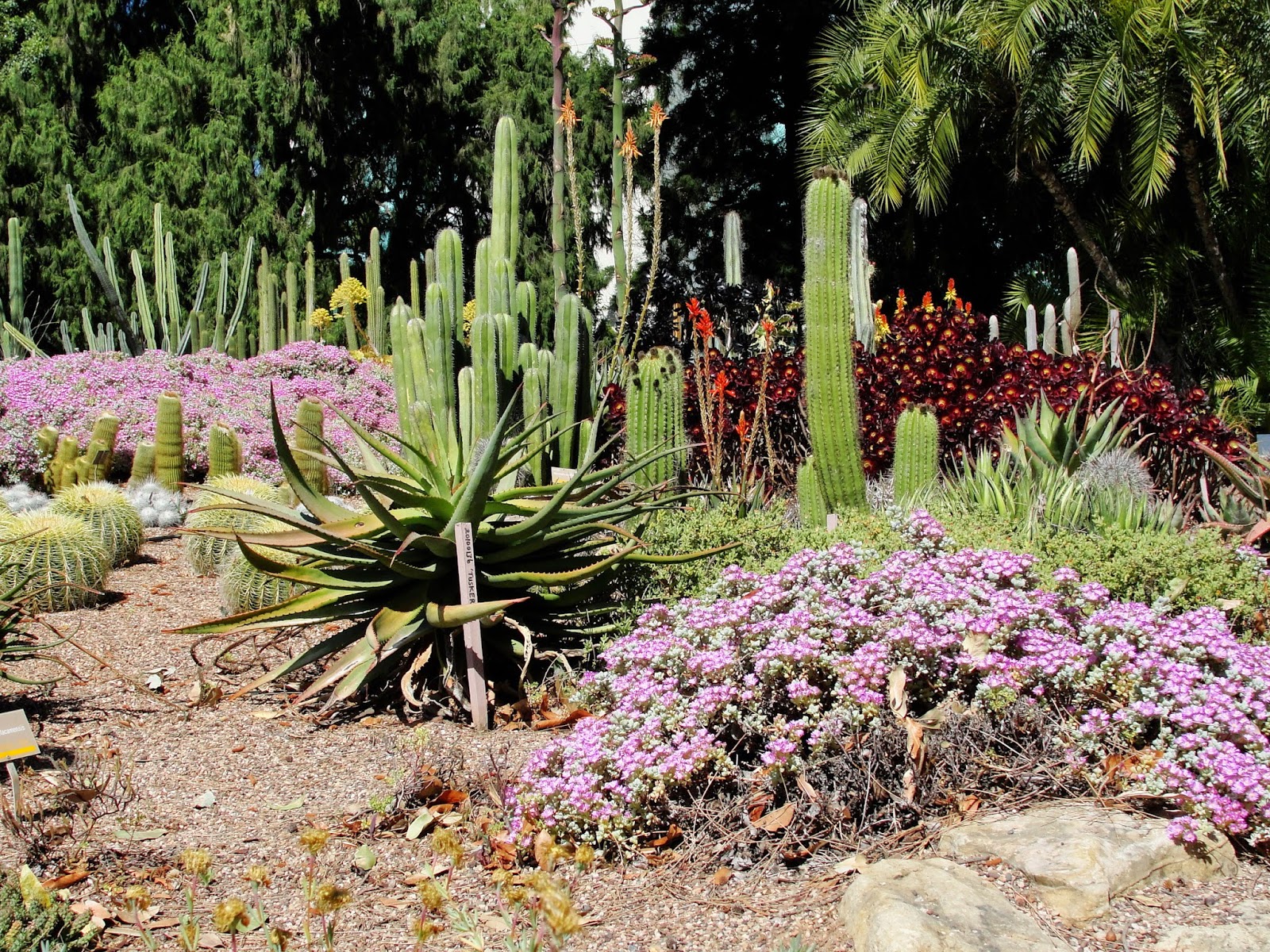 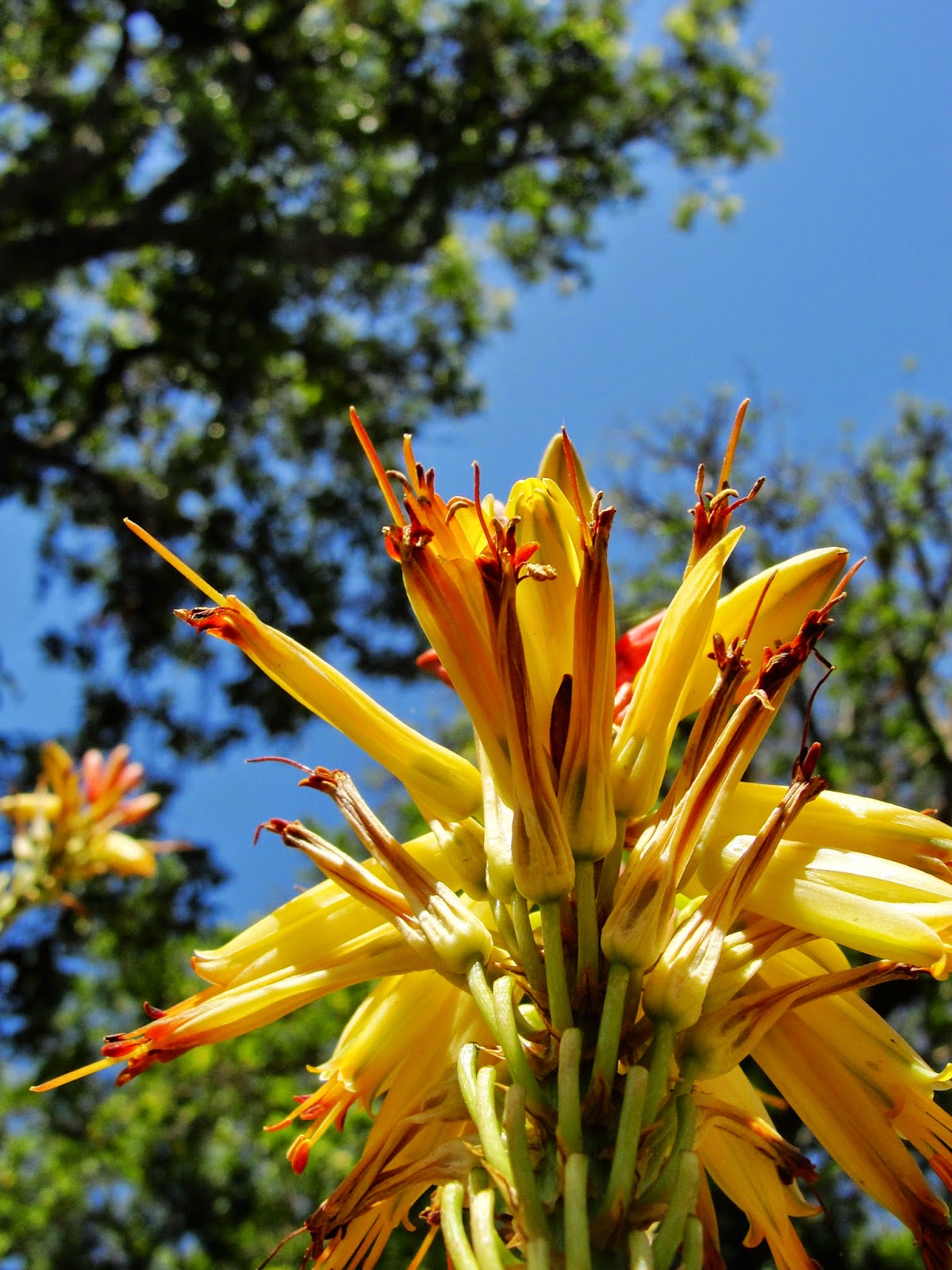 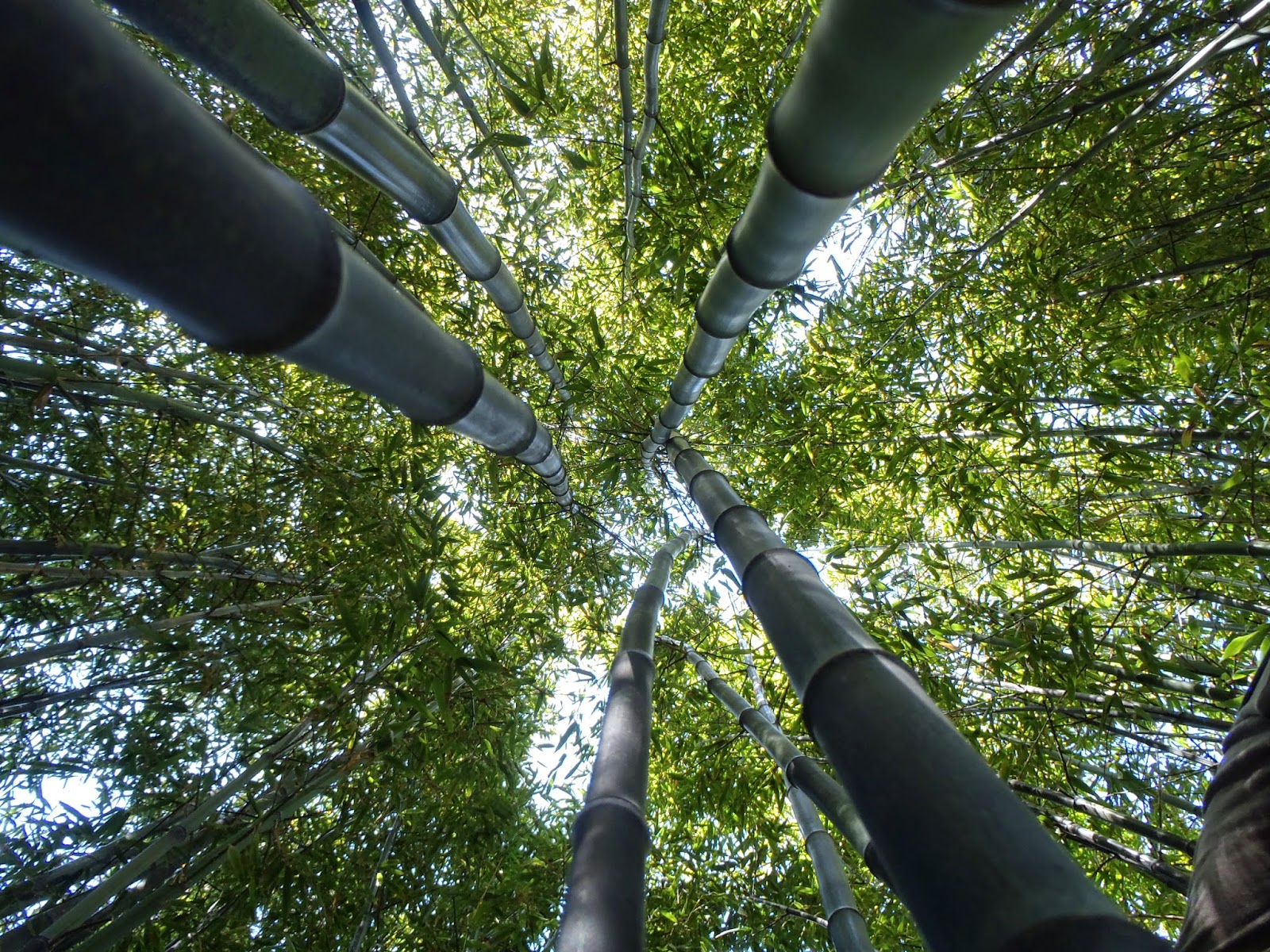 things are looking up

Three hours and one tiny nap in the park later, we were ready to face the central business district again.

Adventure #2: Buy local. After visiting the gardens we were looking for a supermarket for lunch, so we asked a nice lady on the street for advice. (Everyone is nice in Australia... everyone.) She pointed us to Adelaide's Central Market - a giant indoor farmer's market with local and international cafes interspersed. 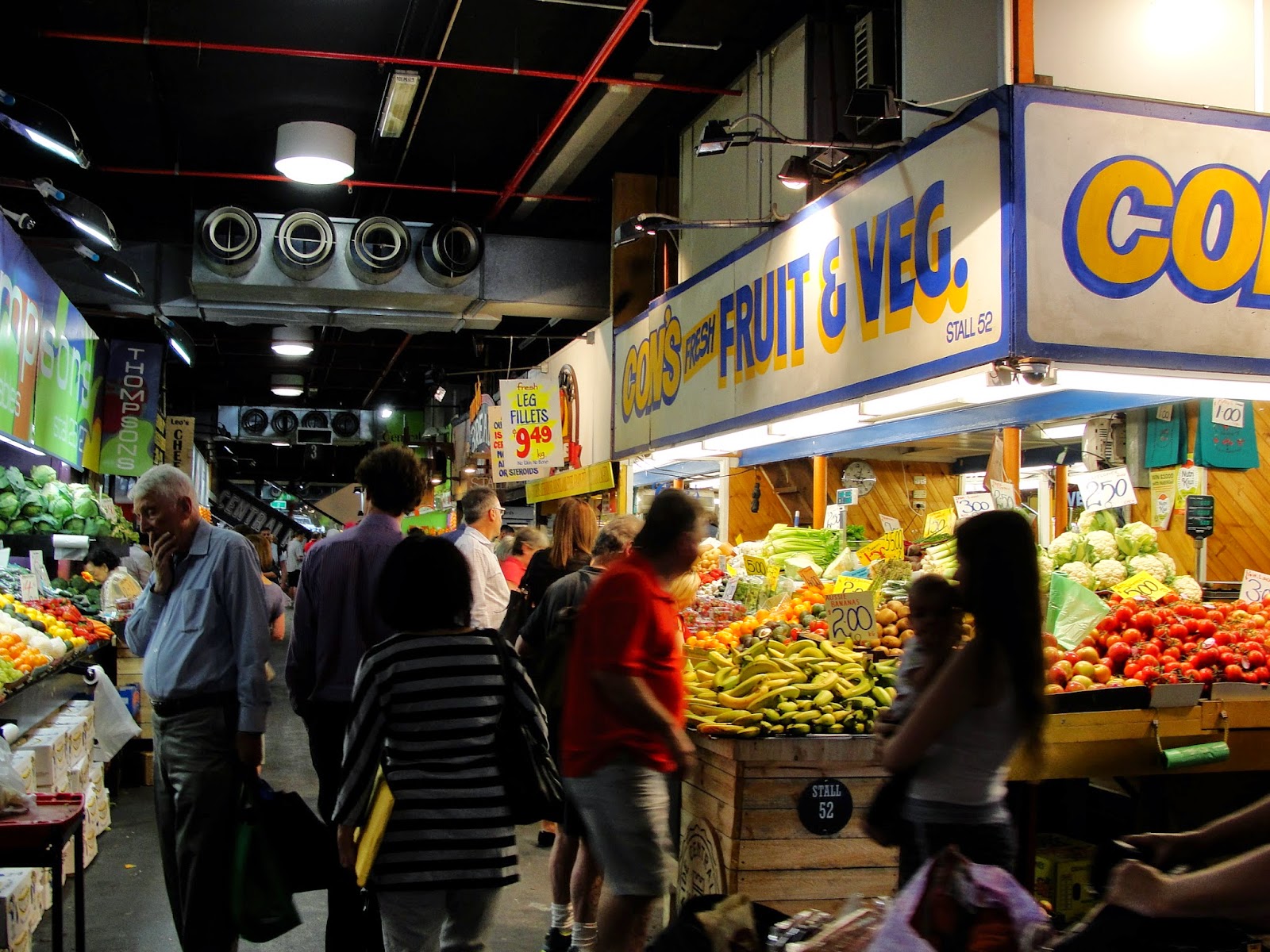 our kingdom for a kitchen 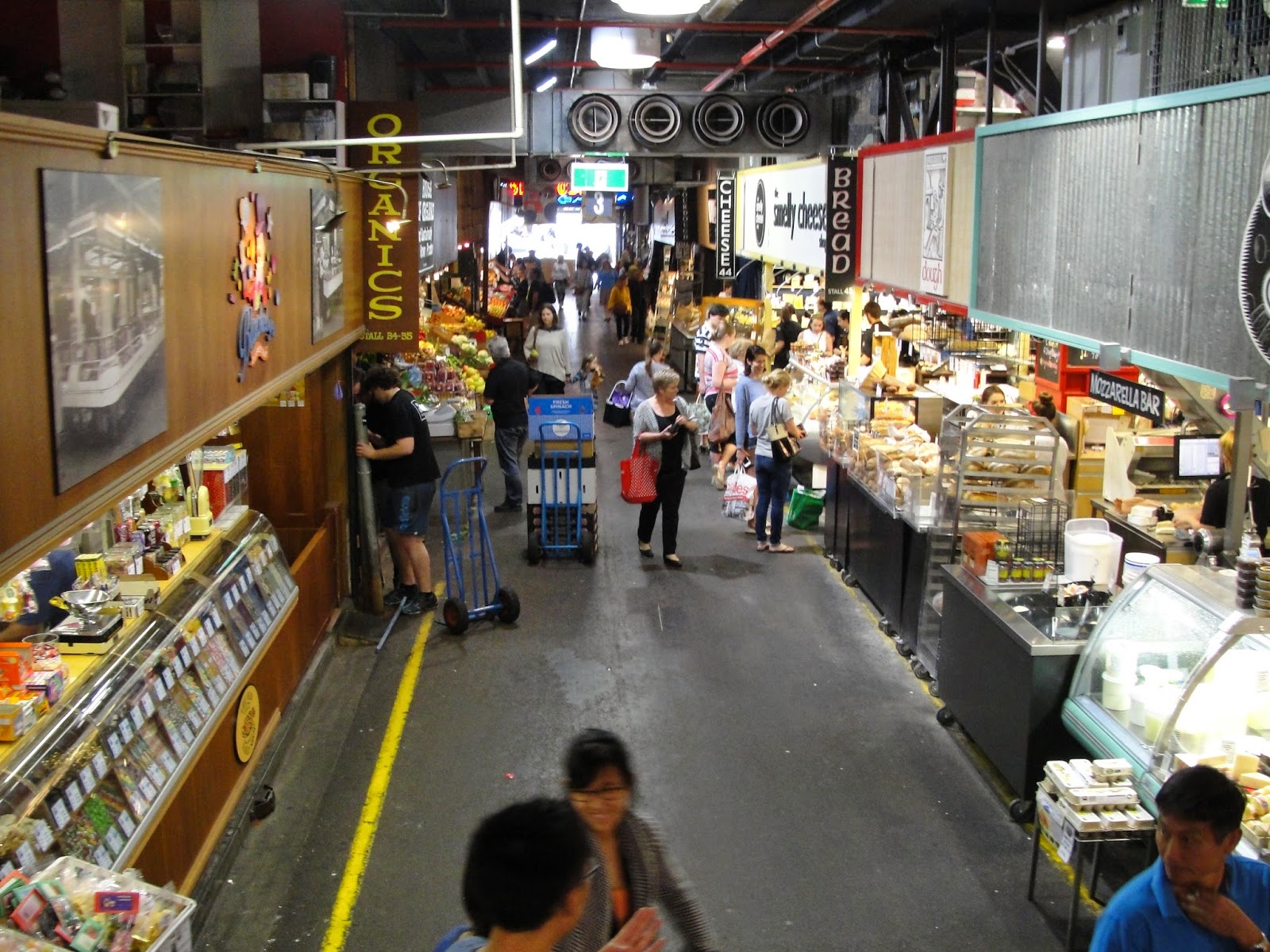 the best deals are Saturday just before closing time

We splurged on a falafel sandwich from a Moroccan stand and sat in nearby Victoria Square people-watching and wondering if Australian fashion was ahead of its time or still living in the '80s... The jury's still out on that one.

Adventure #3: Indulge a little. For our second weekend we were treated to a luxury stay at the Stamford Grand hotel in Glenelg, a seaside resort just outside of Adelaide city (and also the only palindrome city on our journey so far). For three glorious days we enjoyed beachside views from the dining room... 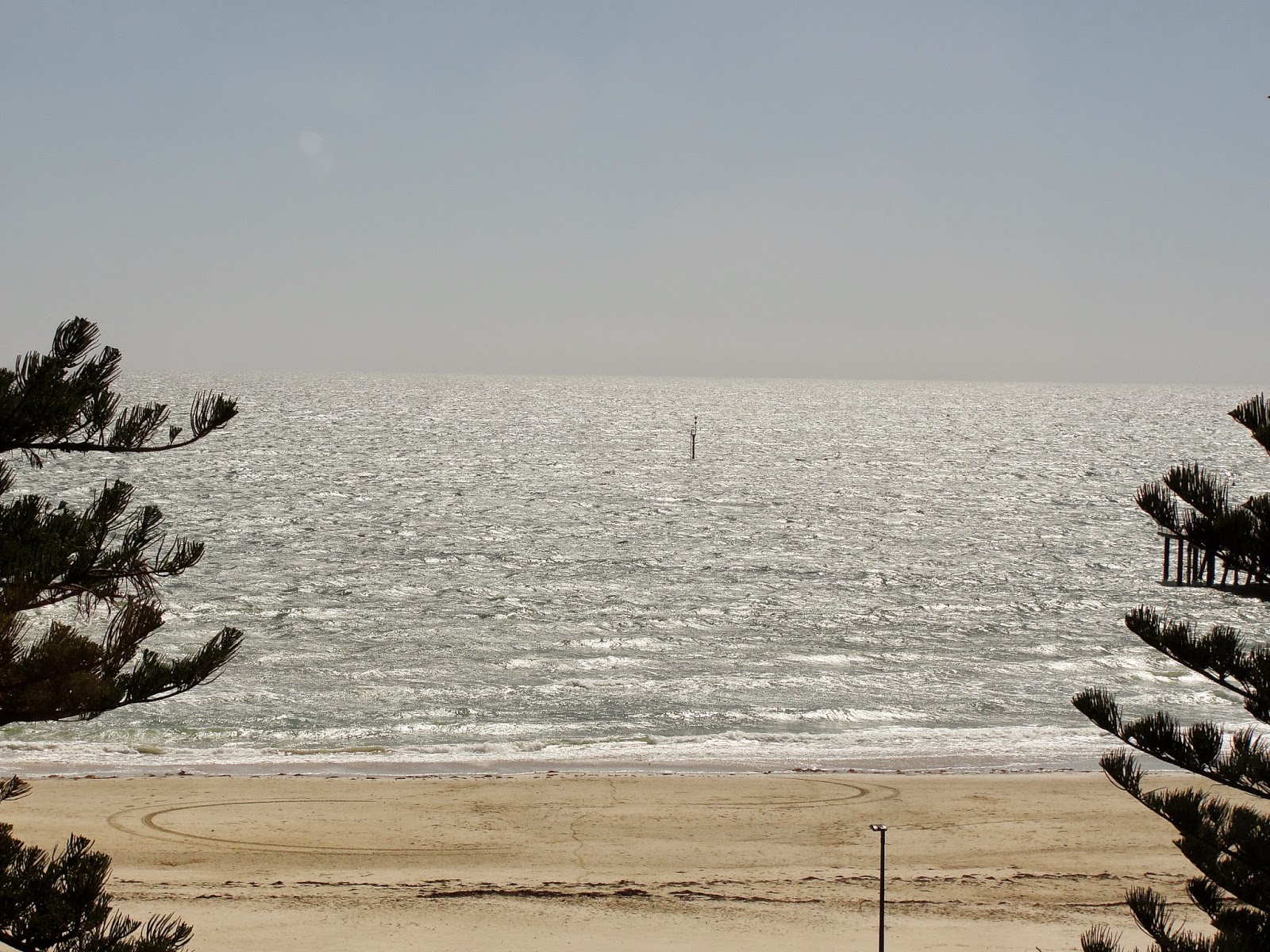 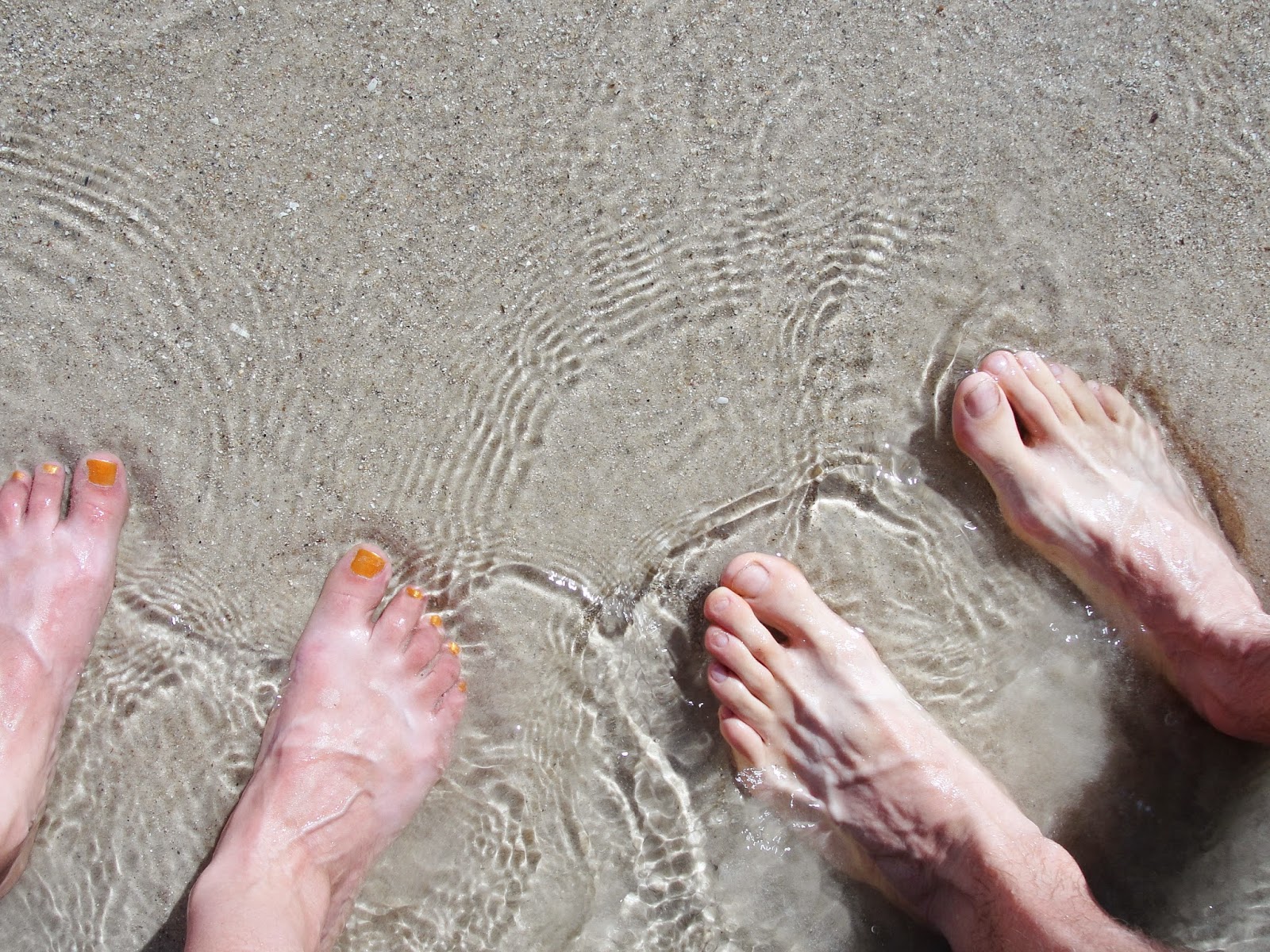 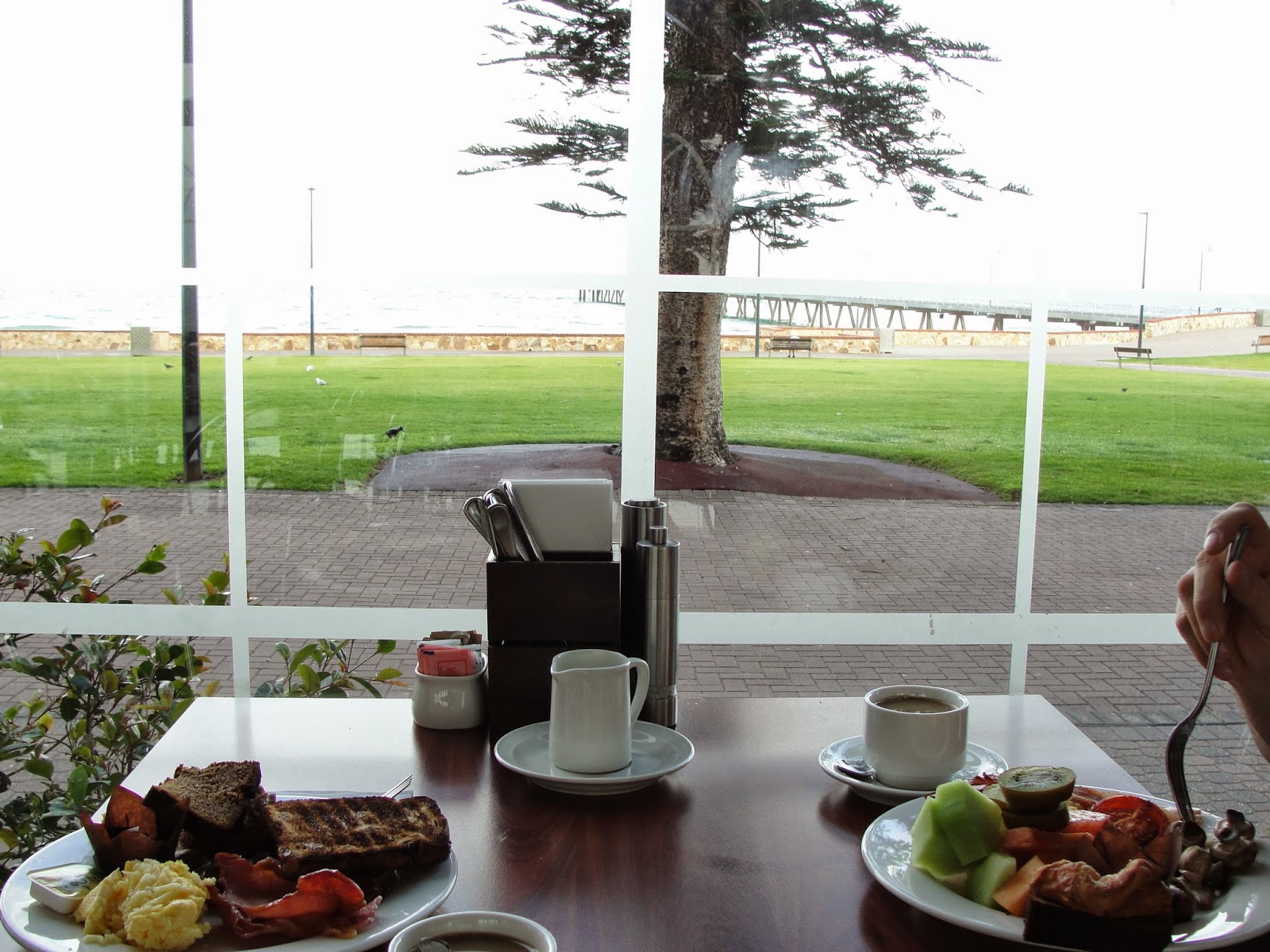 breakfast with a view 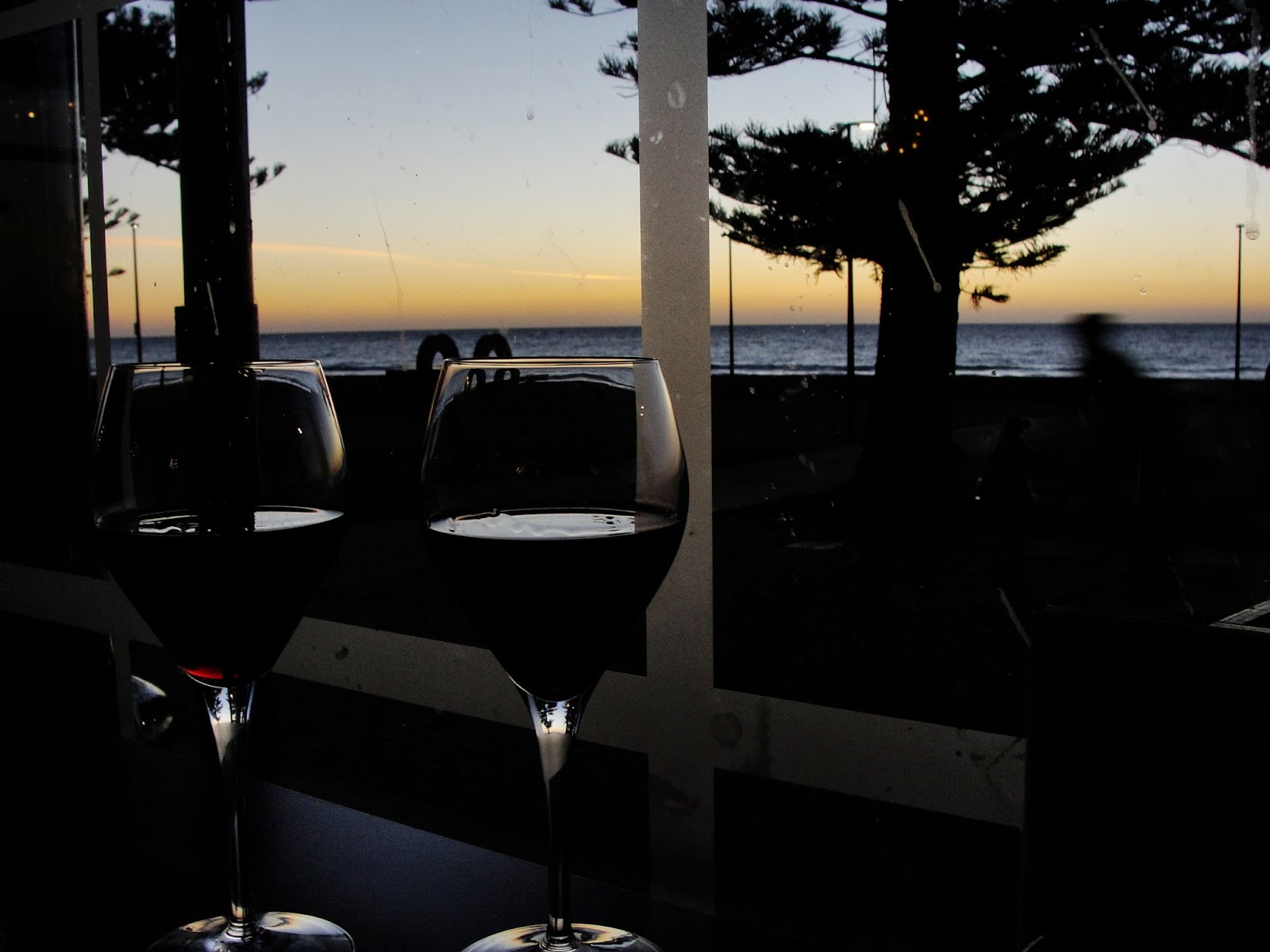 sunset with a view

In addition to admiring the outside view, we also enjoyed an "all you can watch" movie package including Guardians of the Galaxy, the Lego Movie, Snowpiercer, Chef, Captain America... (Current movies, unlike our movie binge on Cat Ba Island.) Our generous sponsor was either amused or dismayed that we opted to spend our luxury weekend watching movies instead of getting massages and ordering room service. 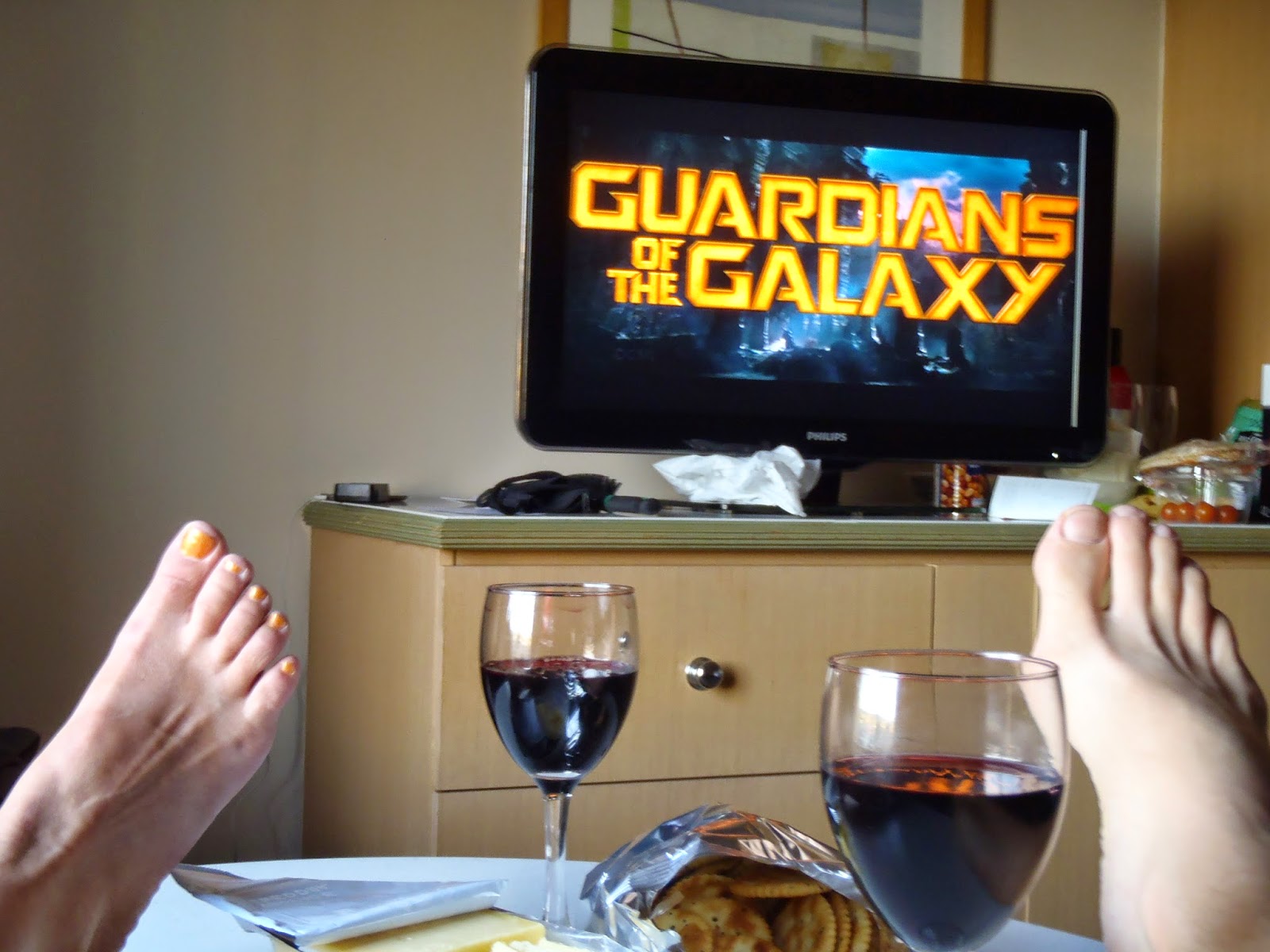 but really? this is what we call a vacation

Adventure #4: Learn some stuff. One day we visited the South Australian Museum and the Migration Museum. The former had a really impressive collection of Aboriginal artifacts as well as tribal artifacts from all around the Pacific cultures. Walls and walls of shields, spears and various examples of tribal rituals were an interesting contrast to the hundreds of Buddha statues and ancient ceramics we'd seen in SE Asia. 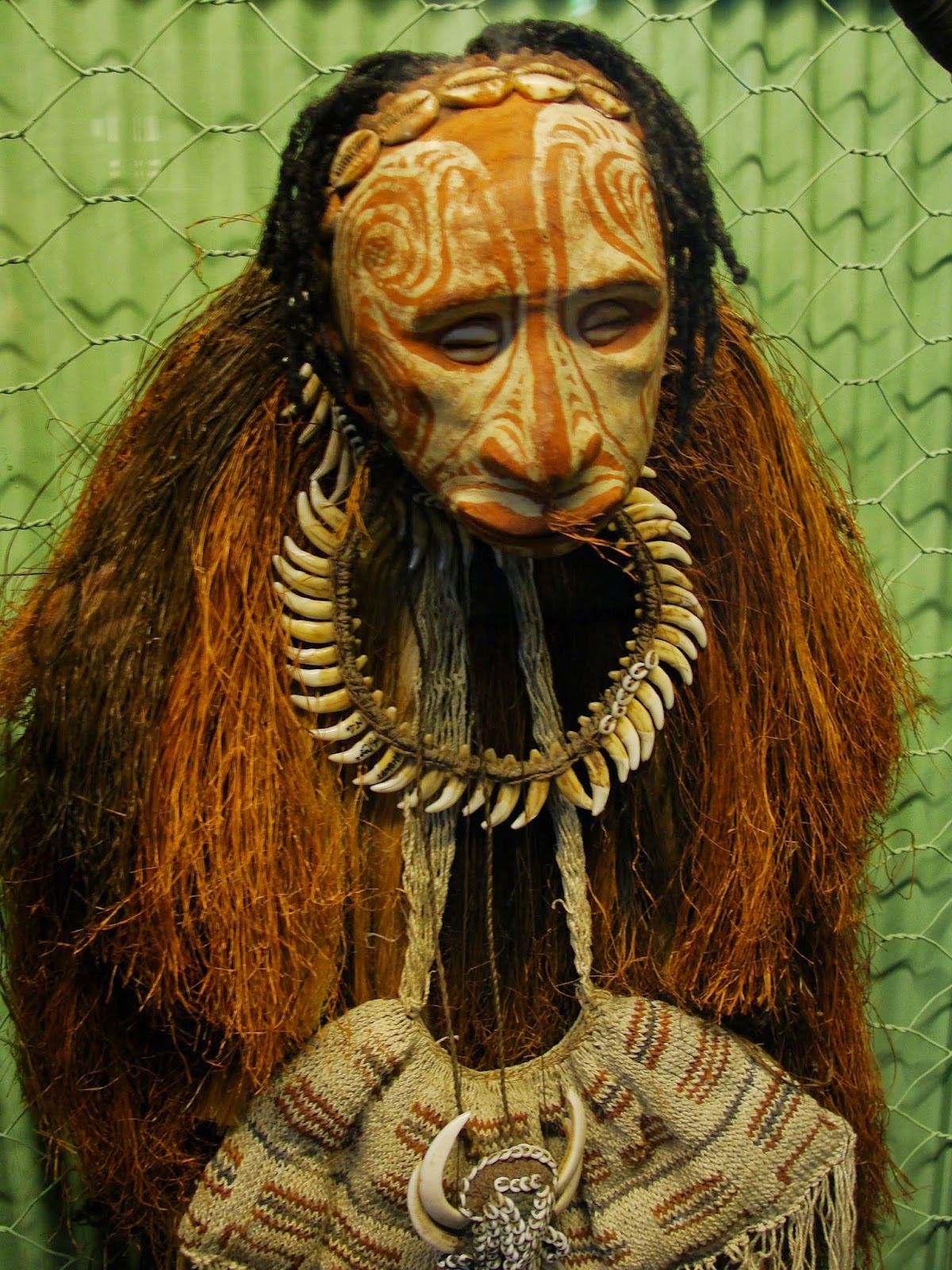 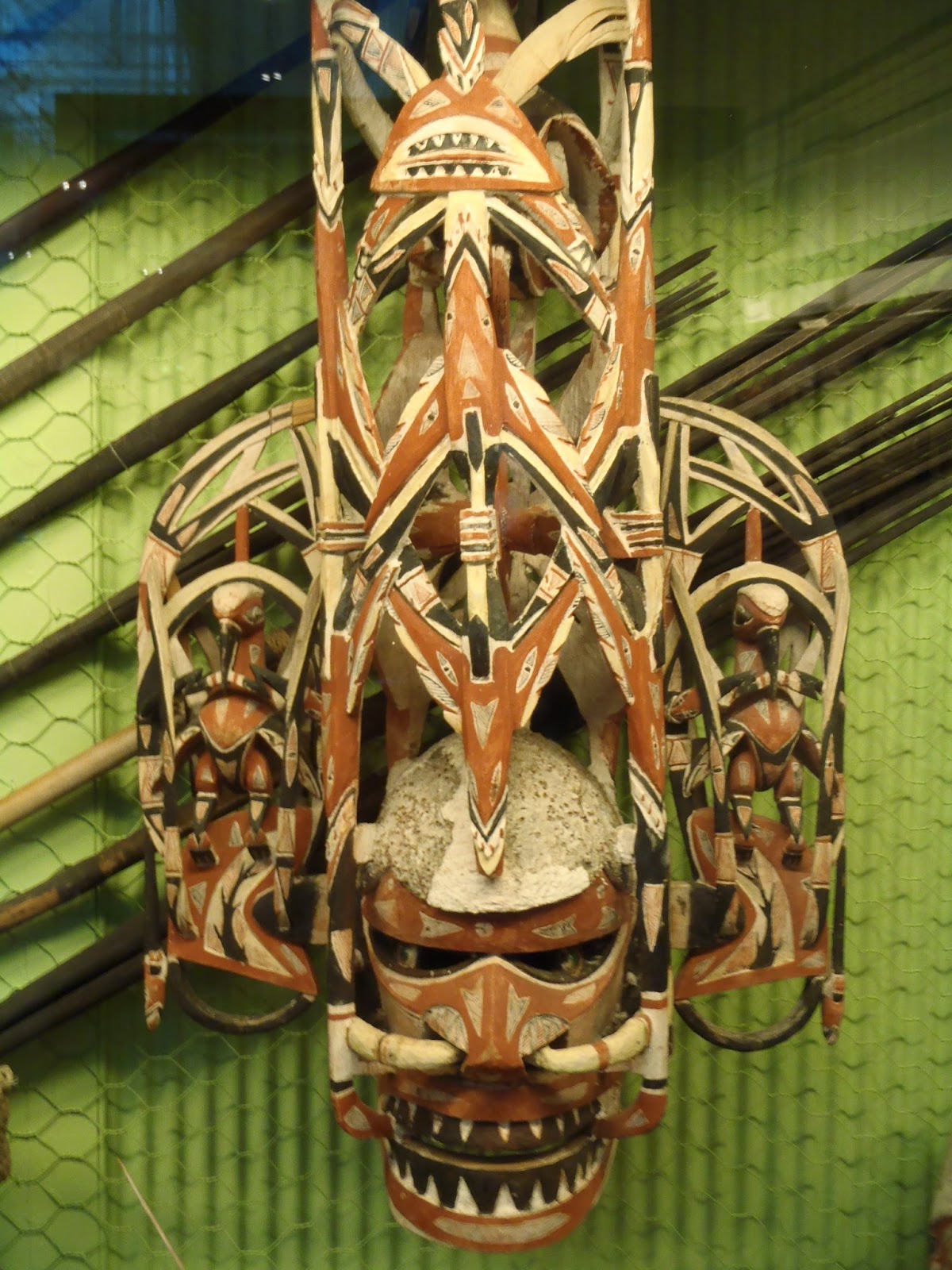 this mask was at least a meter tall

The compact but incredibly informative Migration Museum mostly told the story of British settlers in Australia, but it also featured stories of immigrants during and after WWII and gave the perspective of the Aboriginal tribes who were pushed out as a result of colonization. Both museums deserved more time than we were able to give.

Adventure #5: Get out of town. The first weekend we visited Adelaide we stayed with a lovely US expat family who lived on a small farm just outside of town. We were happy to help them test the HelpX concept by weeding their garden for a few hours; in exchange we enjoyed homemade meals, lots of good company, and a peek into local life in rural(ish) South Australia including ponies and a local community yard sale.

On Saturday afternoon they dropped us off at Mt. Lofty for a hike. The forest was gorgeous and the views from the top were lovely. 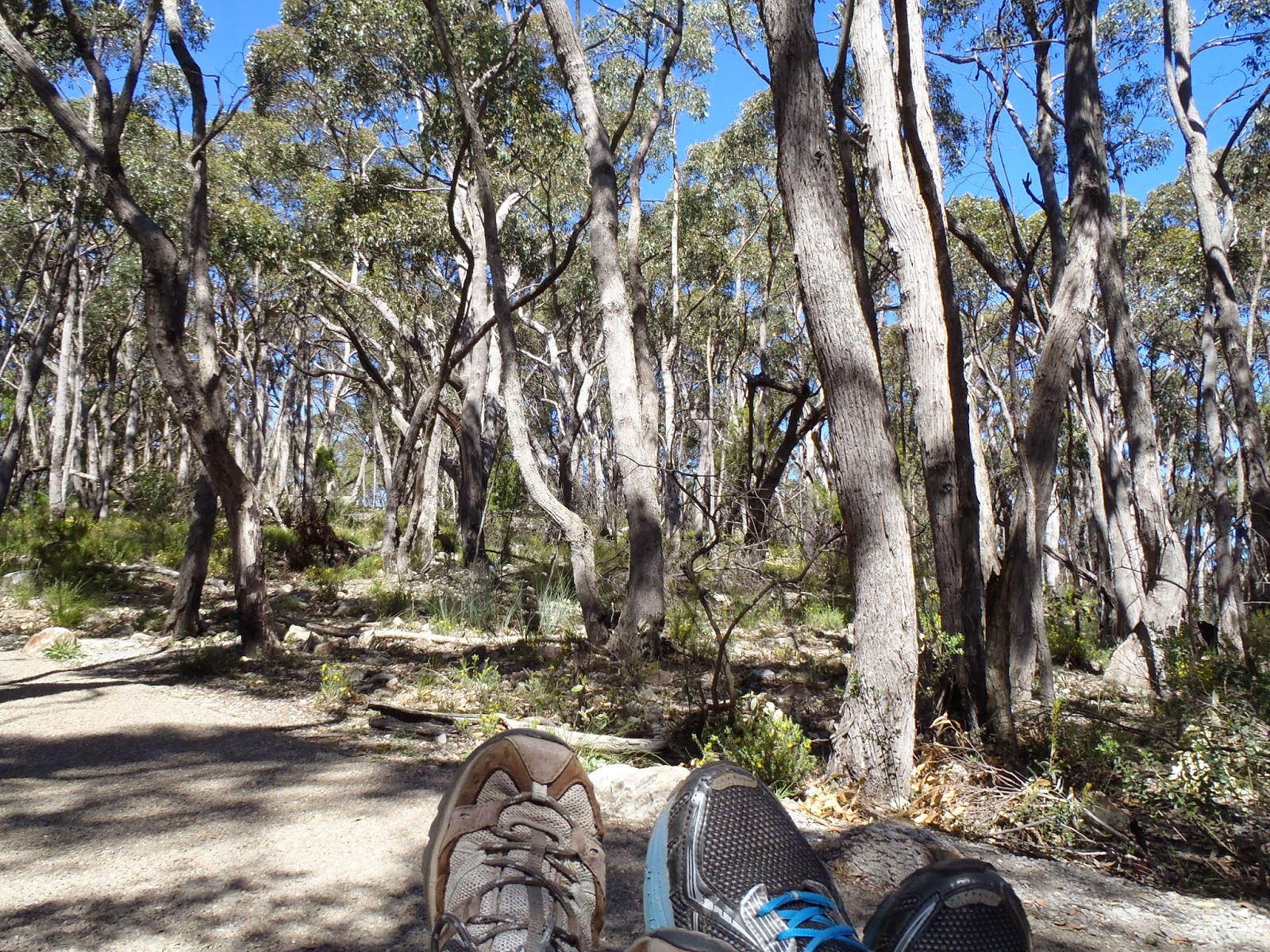 Adelaide from the top of Mt. Lofty

(Kangaroo Island is also close to Adelaide, and it's supposed to be beautiful, but to do it right you seem to need money, a car, and a few days - we had none of this so we skipped it.)

BONUS adventure: If you're really lucky, you'll be in town for the annual Christmas parade. 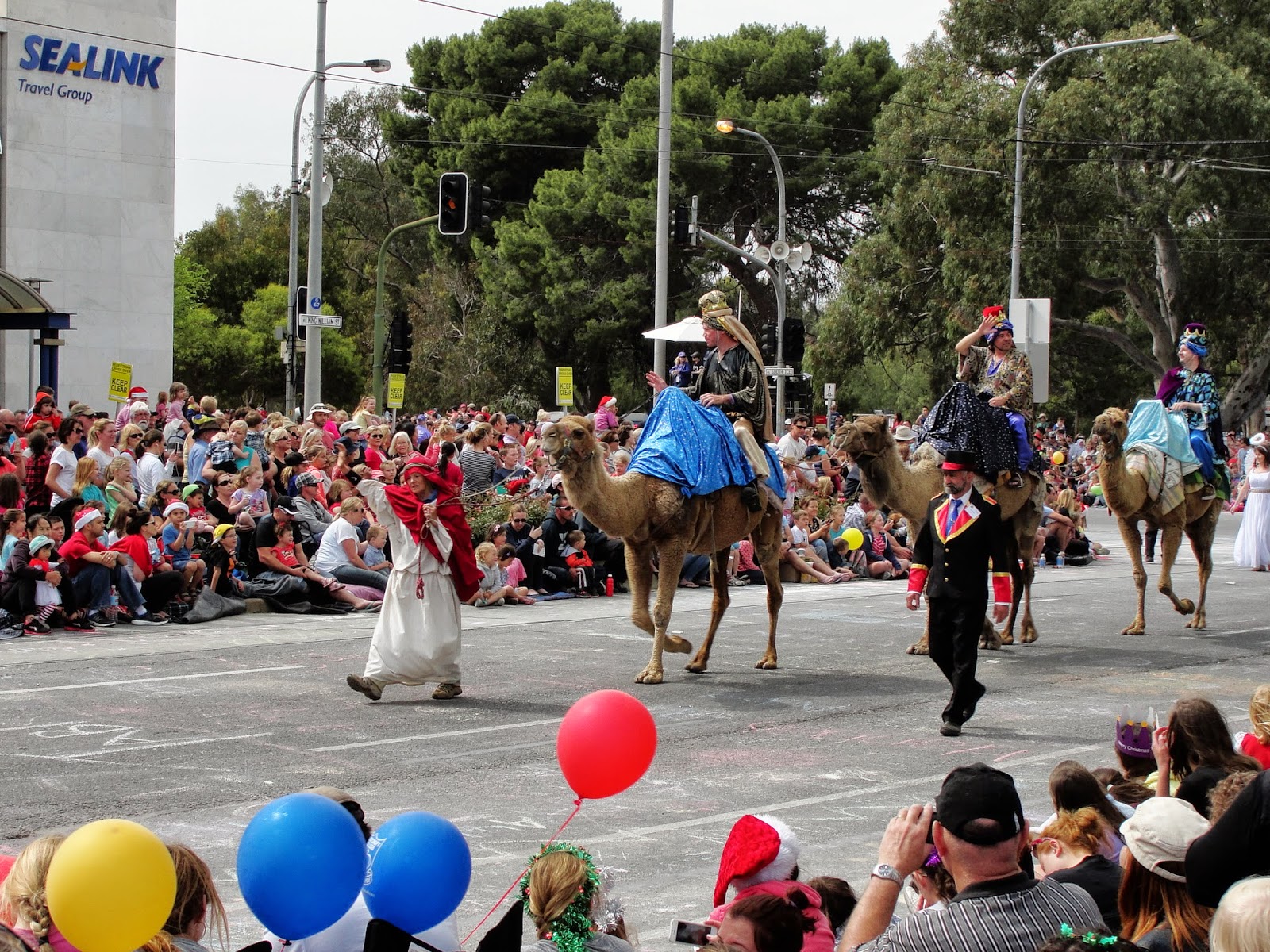 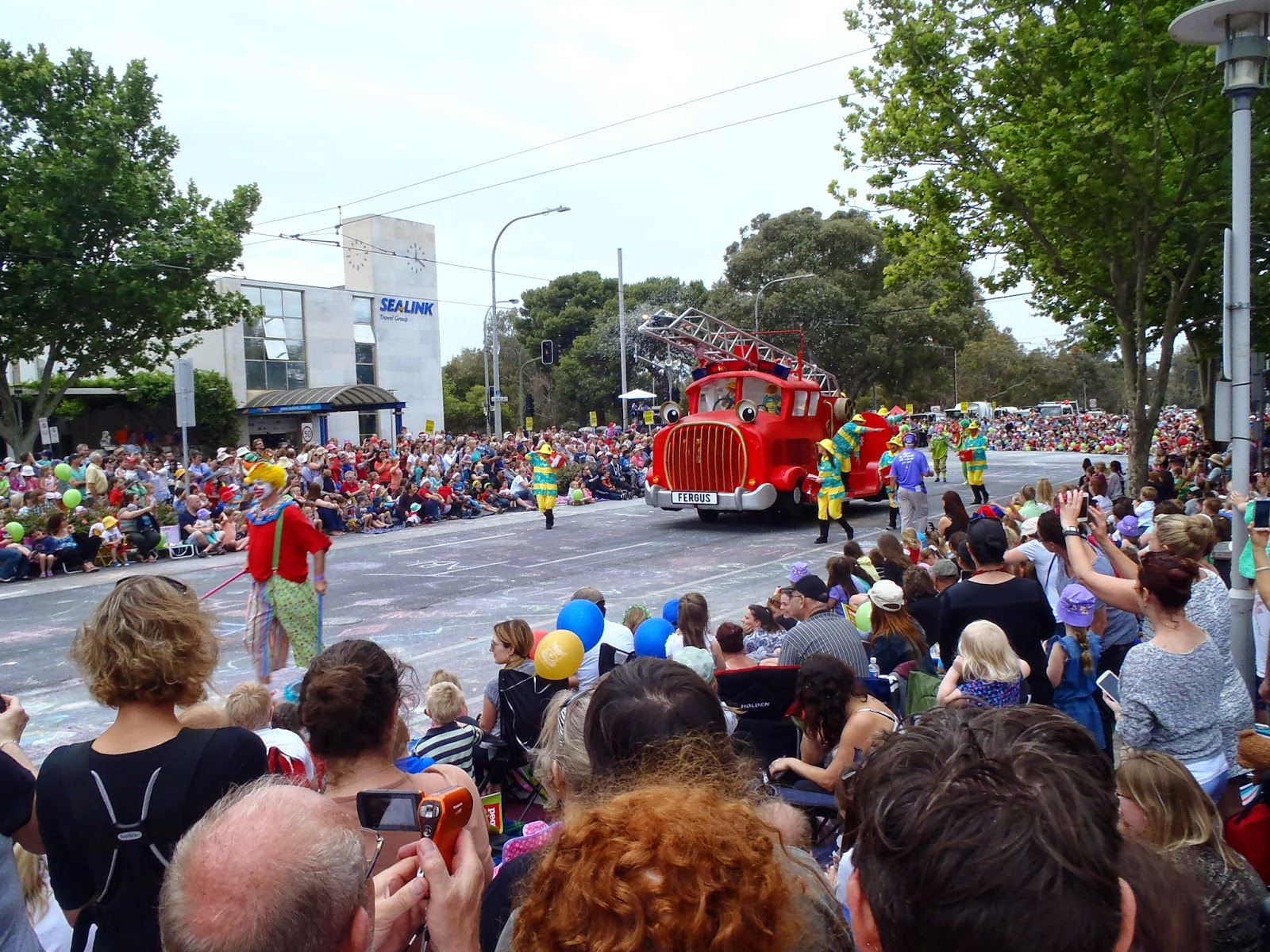 this parade is a HUGE deal 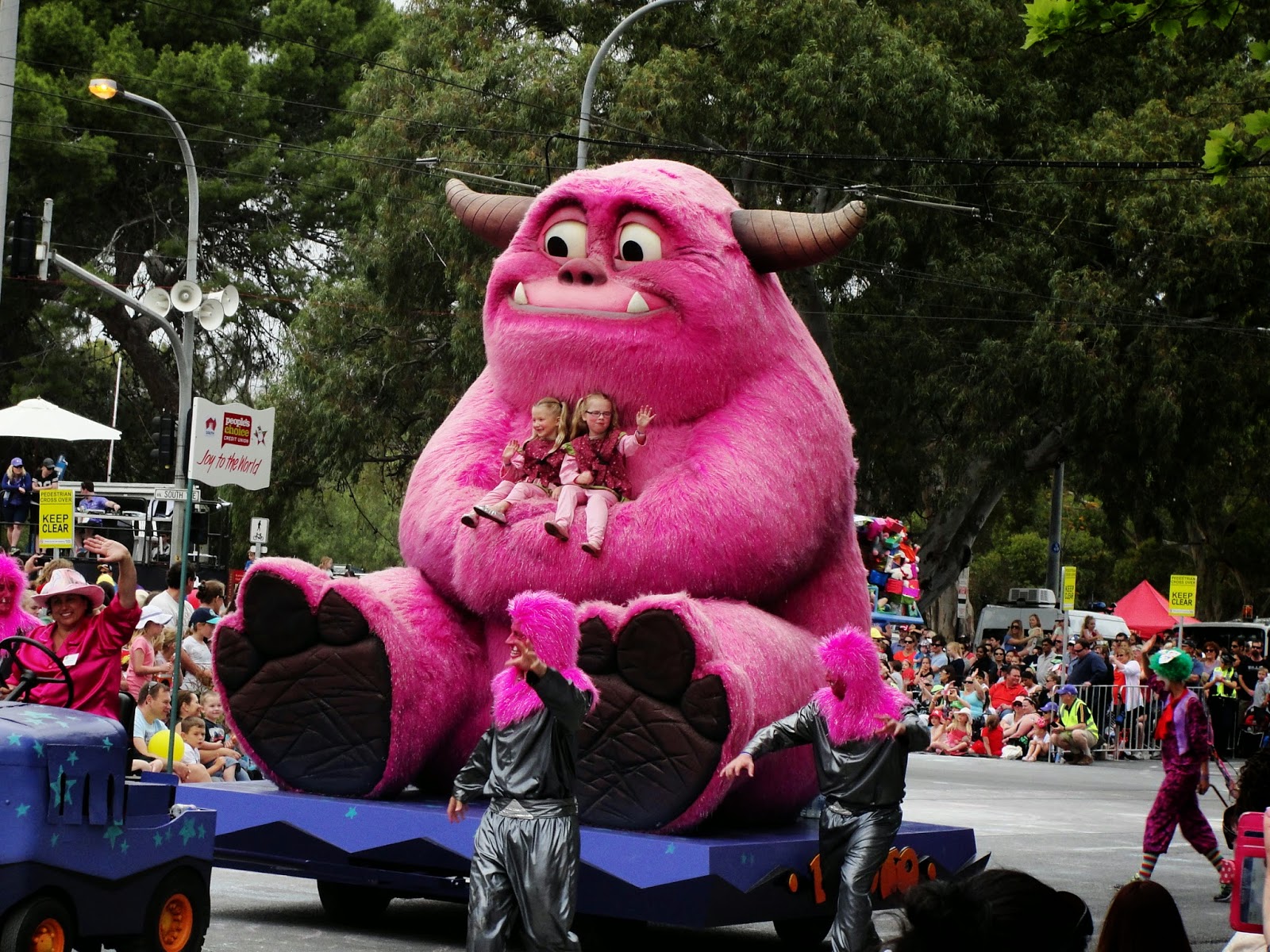 (the floats are also HUGE) 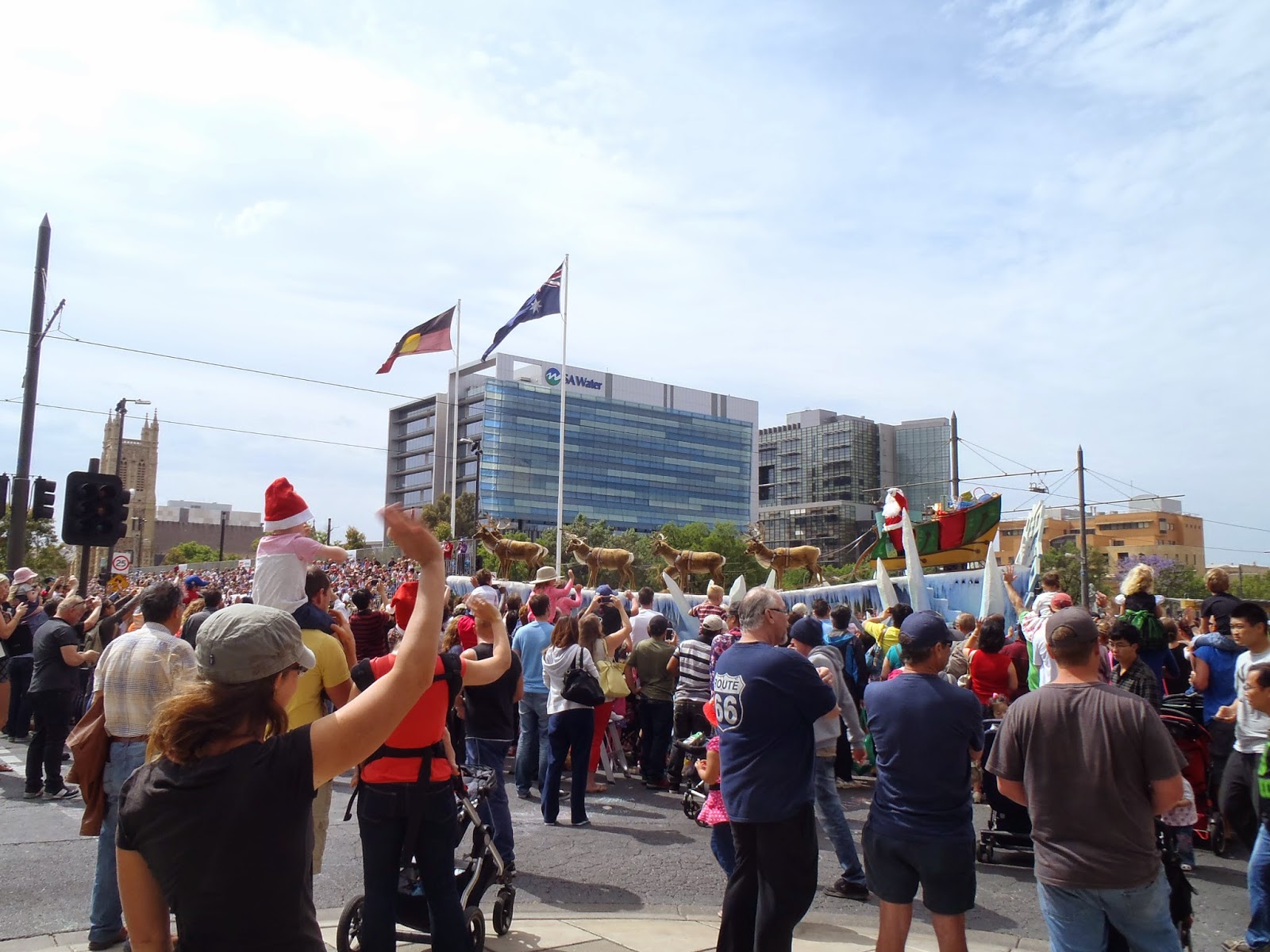 Food notes: we mostly ate homecooked meals or shopped at the grocery store, but we did manage a few treats in addition to the aforementioned falafel sandwich from the Central Market (which was gone before we could get a photo): 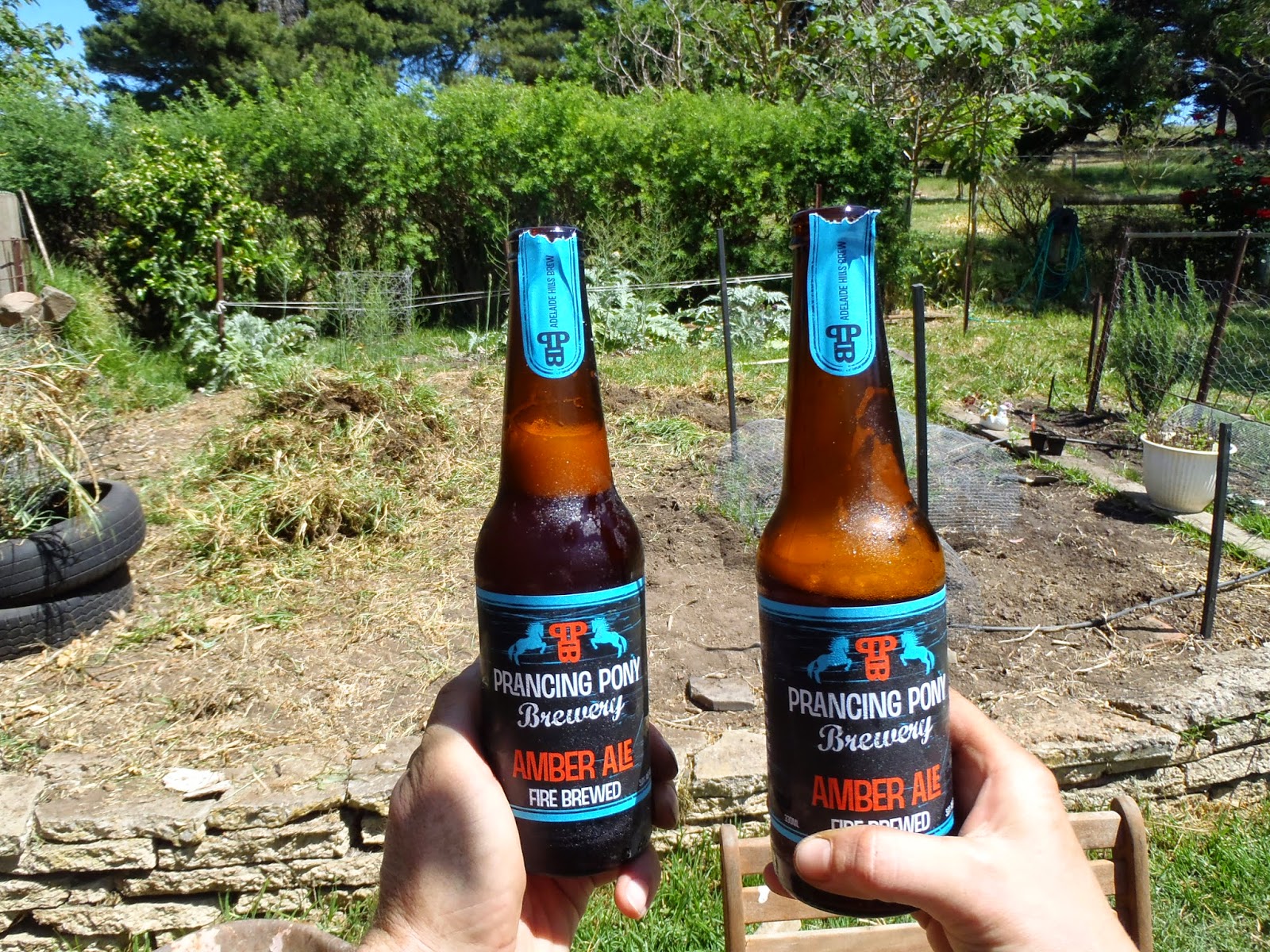 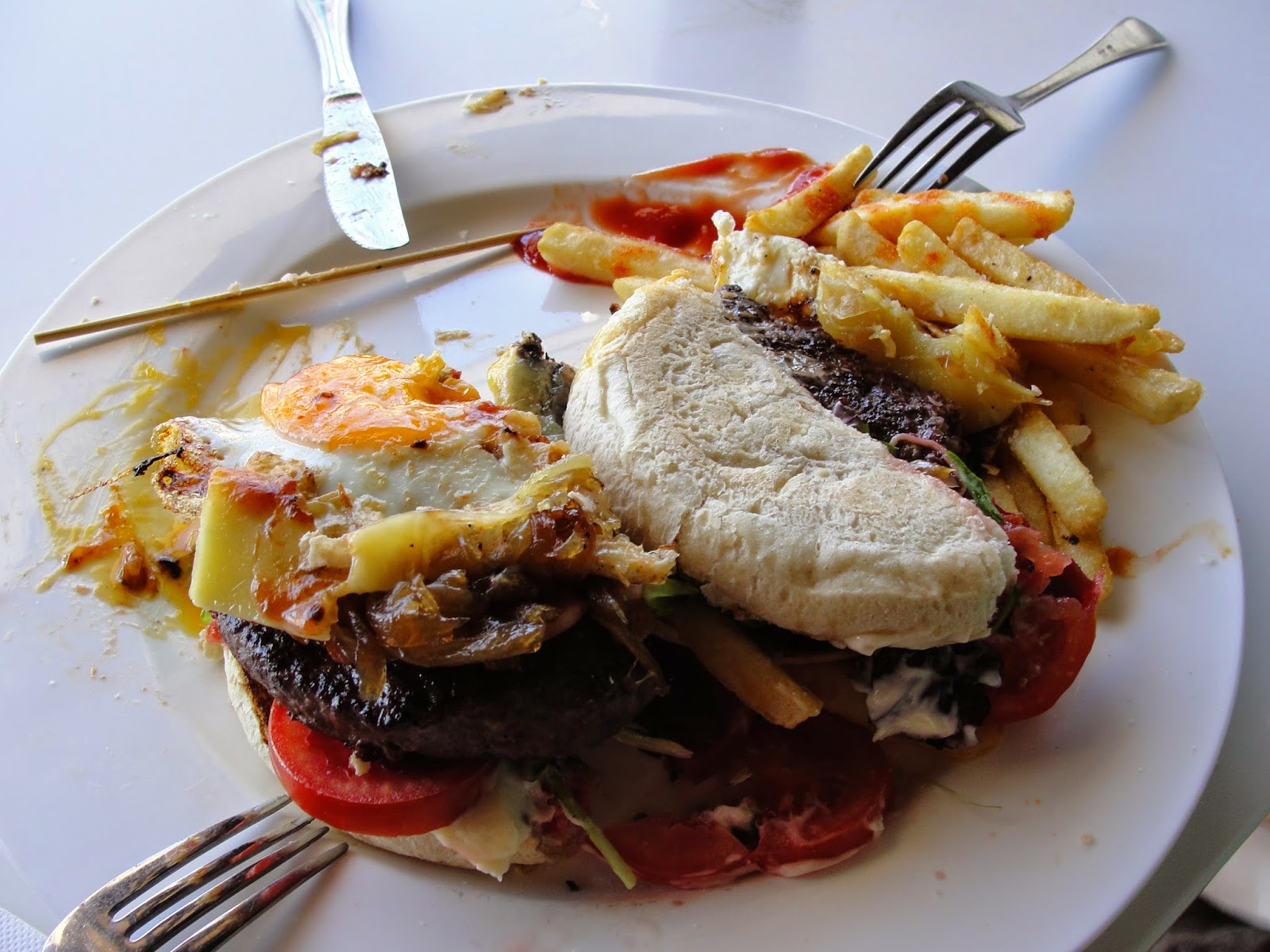 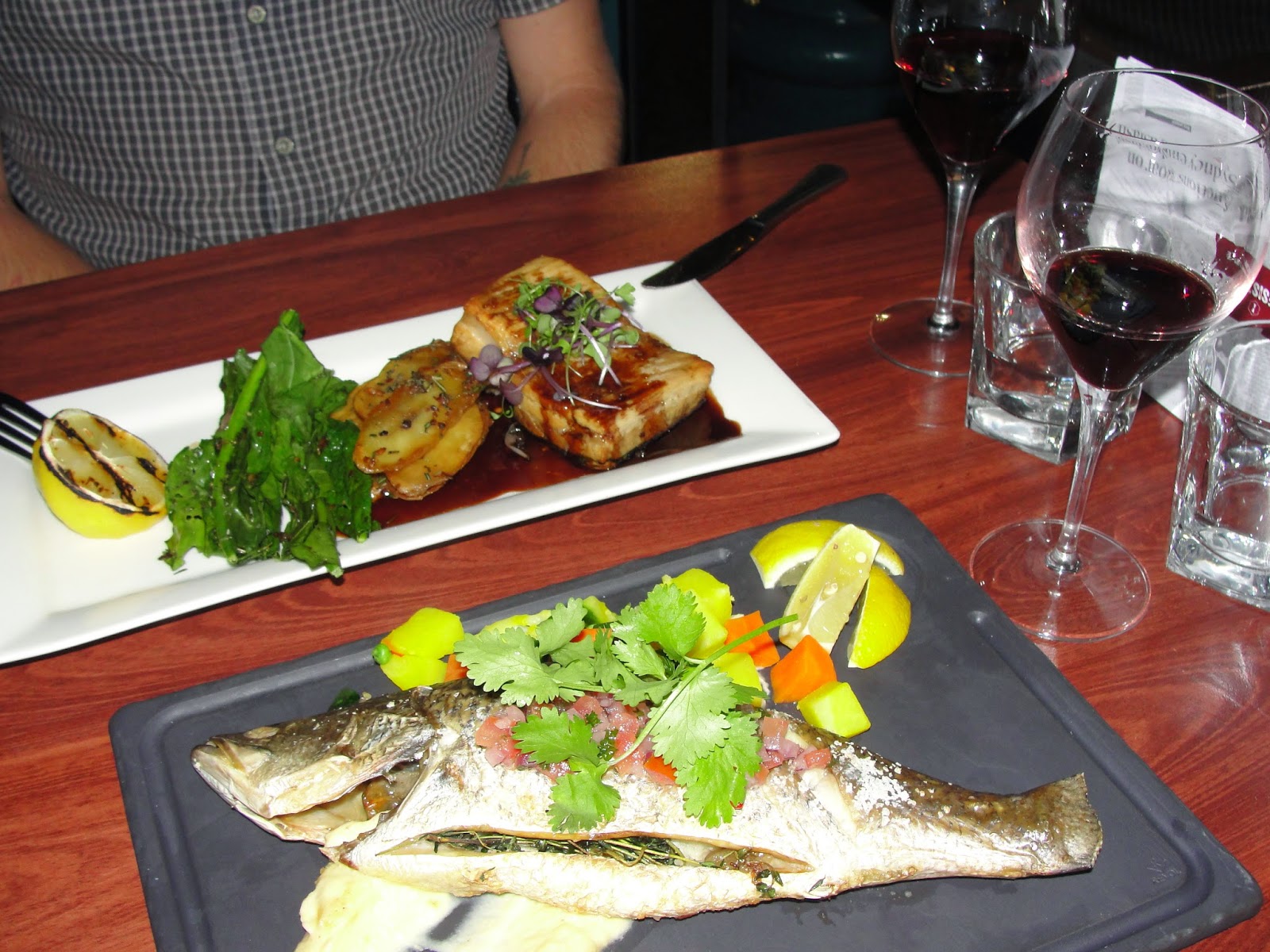 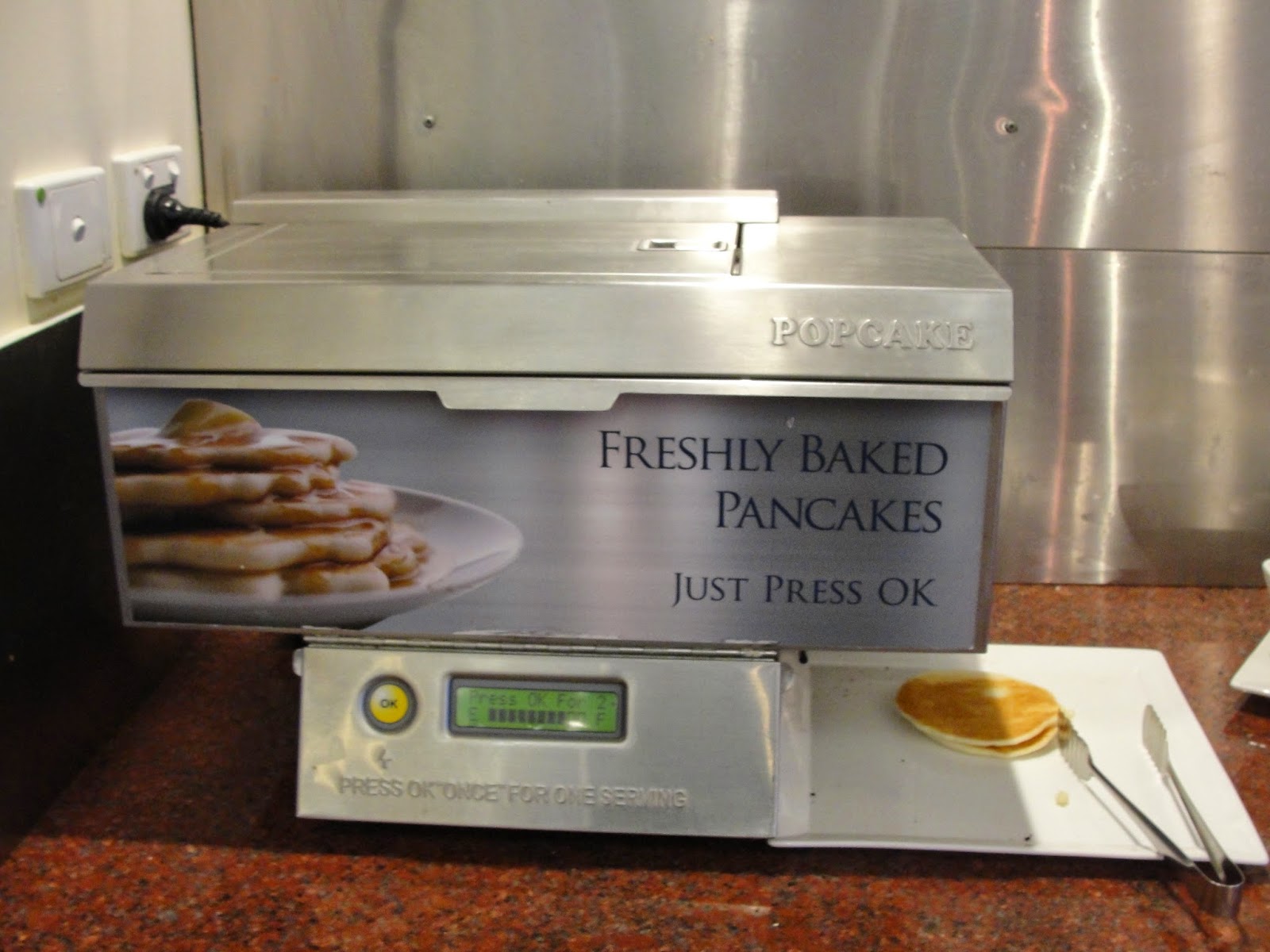 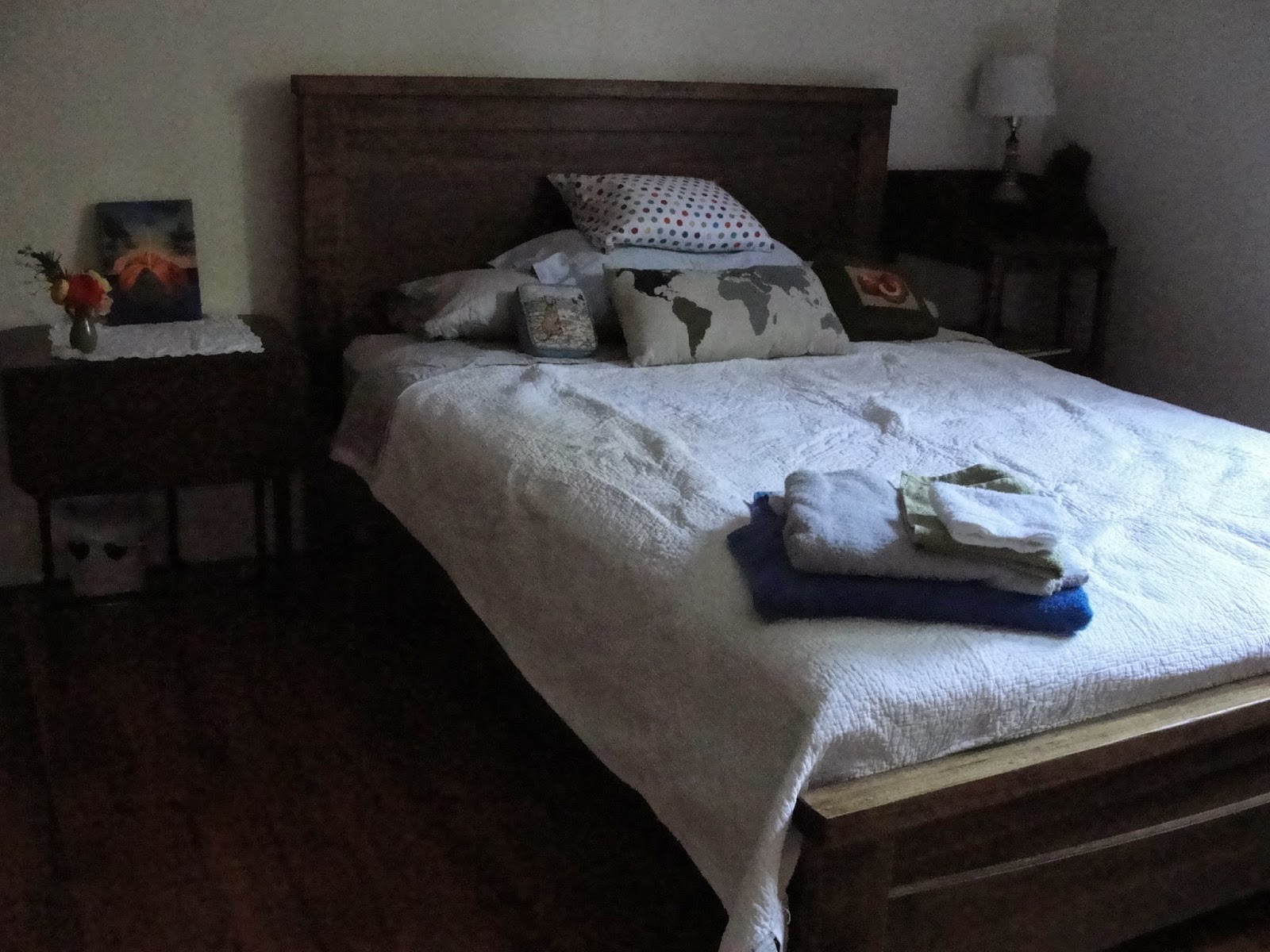 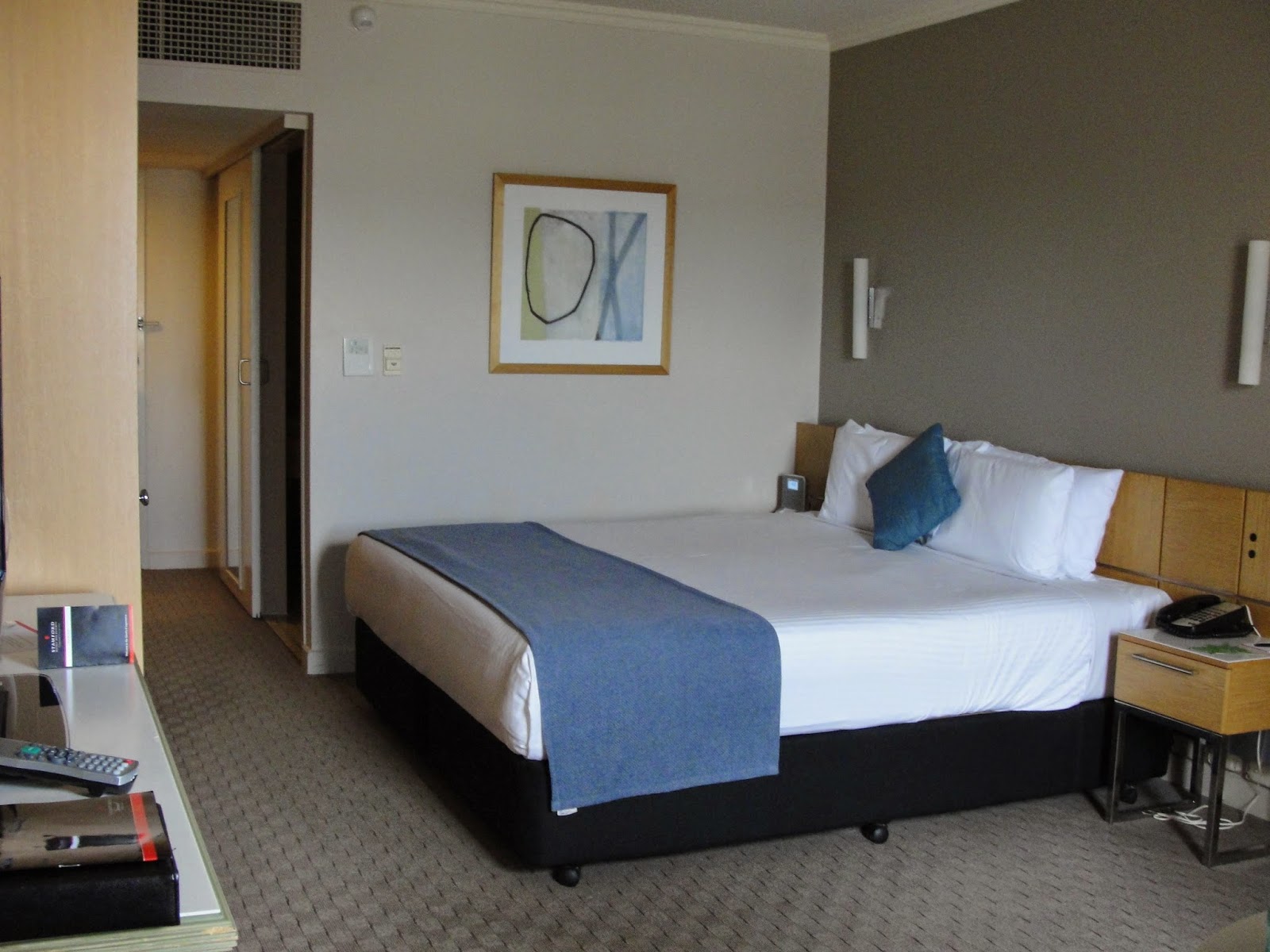 Yep, all in all a good time was had in Adelaide. Luxury time is over though - one more train ride to Melbourne for a quick stop, and then it's back to WWOOFing... in Tasmania! 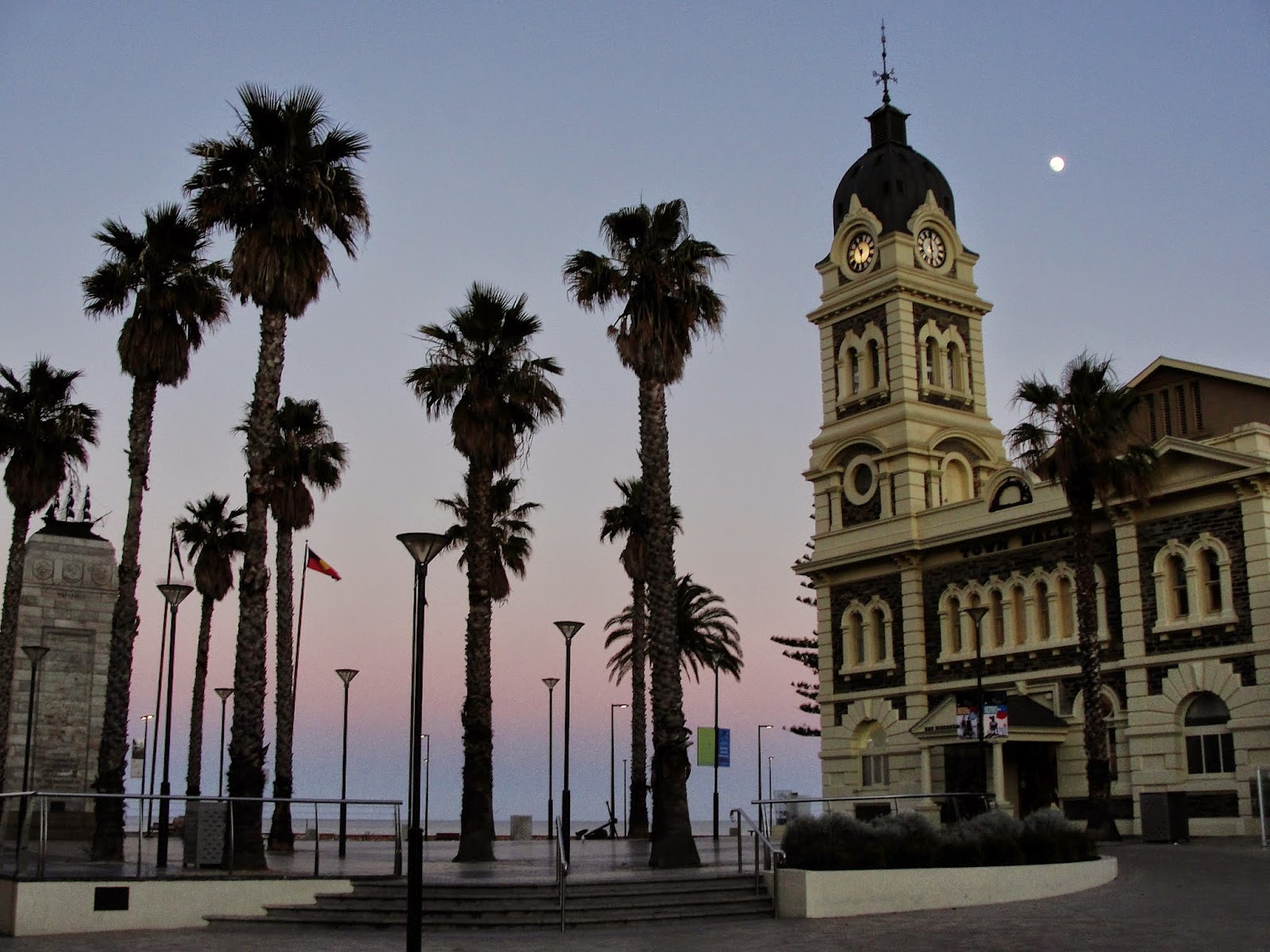 good on ya, Adelaide
Posted by Jen
Email ThisBlogThis!Share to TwitterShare to FacebookShare to Pinterest
Labels: australia, Friday five