Our first time through Melbourne in early November, we stayed with a lovely couchsurfer family about 30k outside of the city. The family's home was near Mordialloc (famous for wooden boat building) and within walking distance to the beach and a short bike ride from Braeside Park. We stuck around the local community while we were there, soaking up this side of Melbourne that few tourists get to experience. 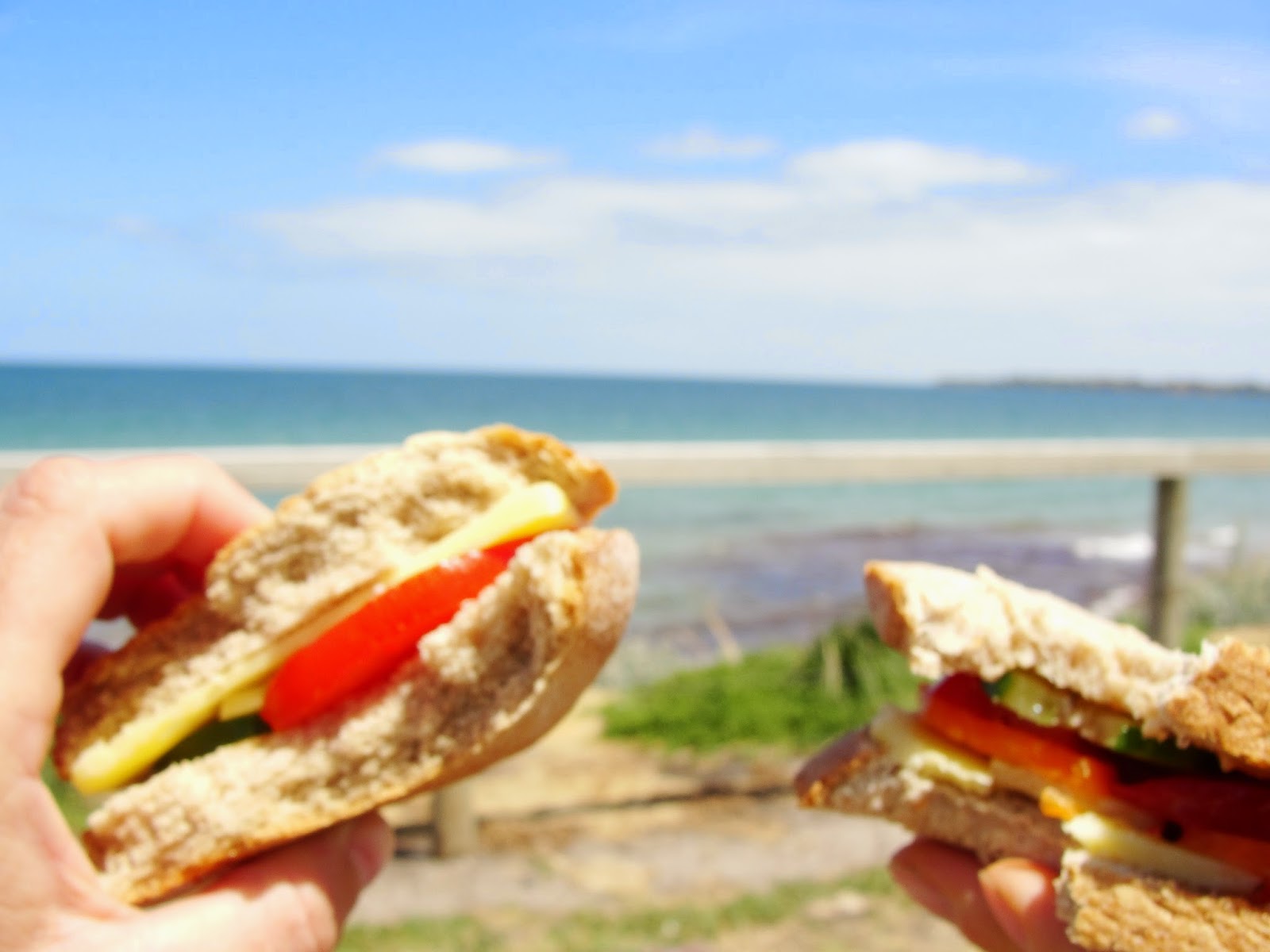 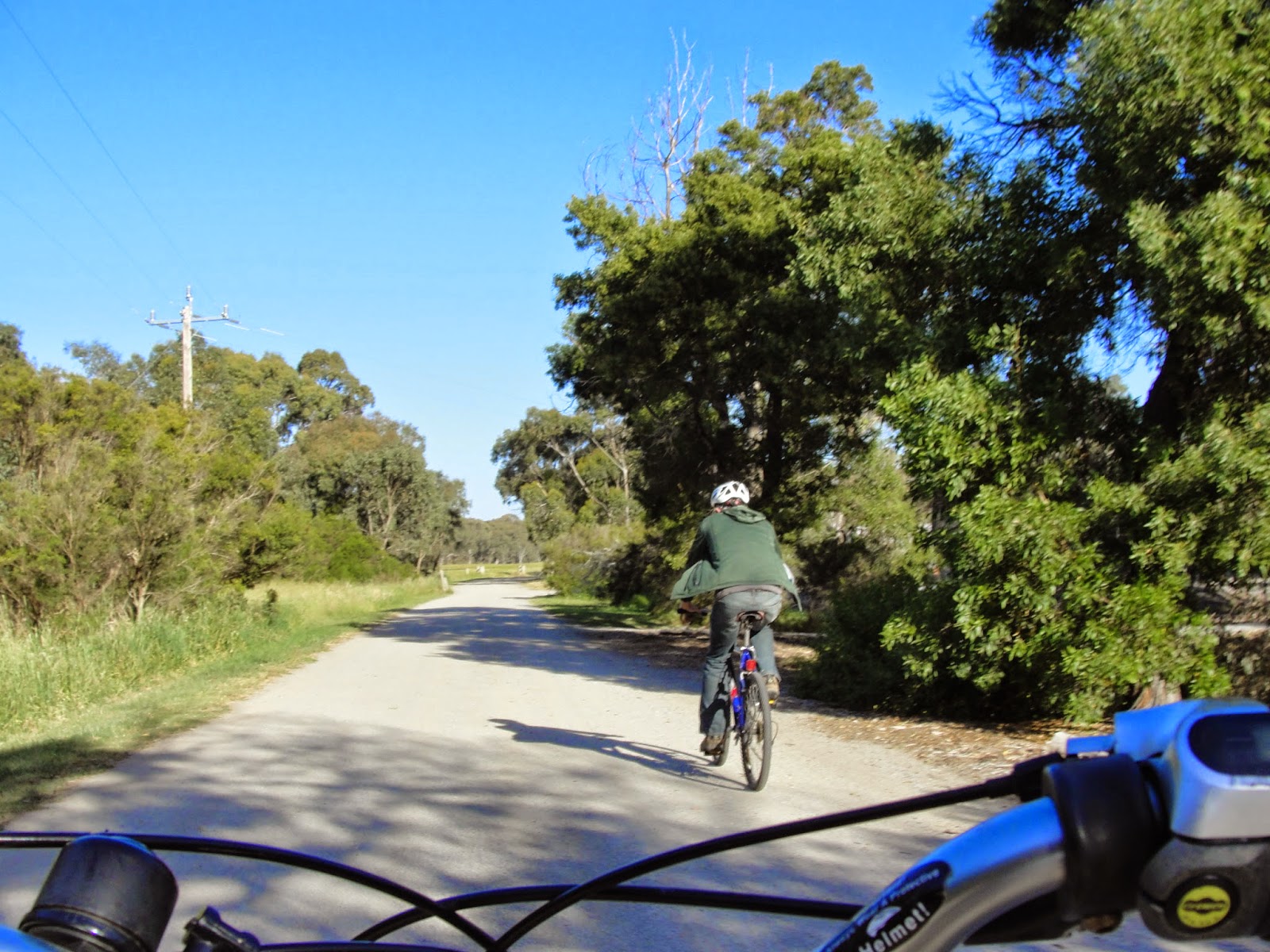 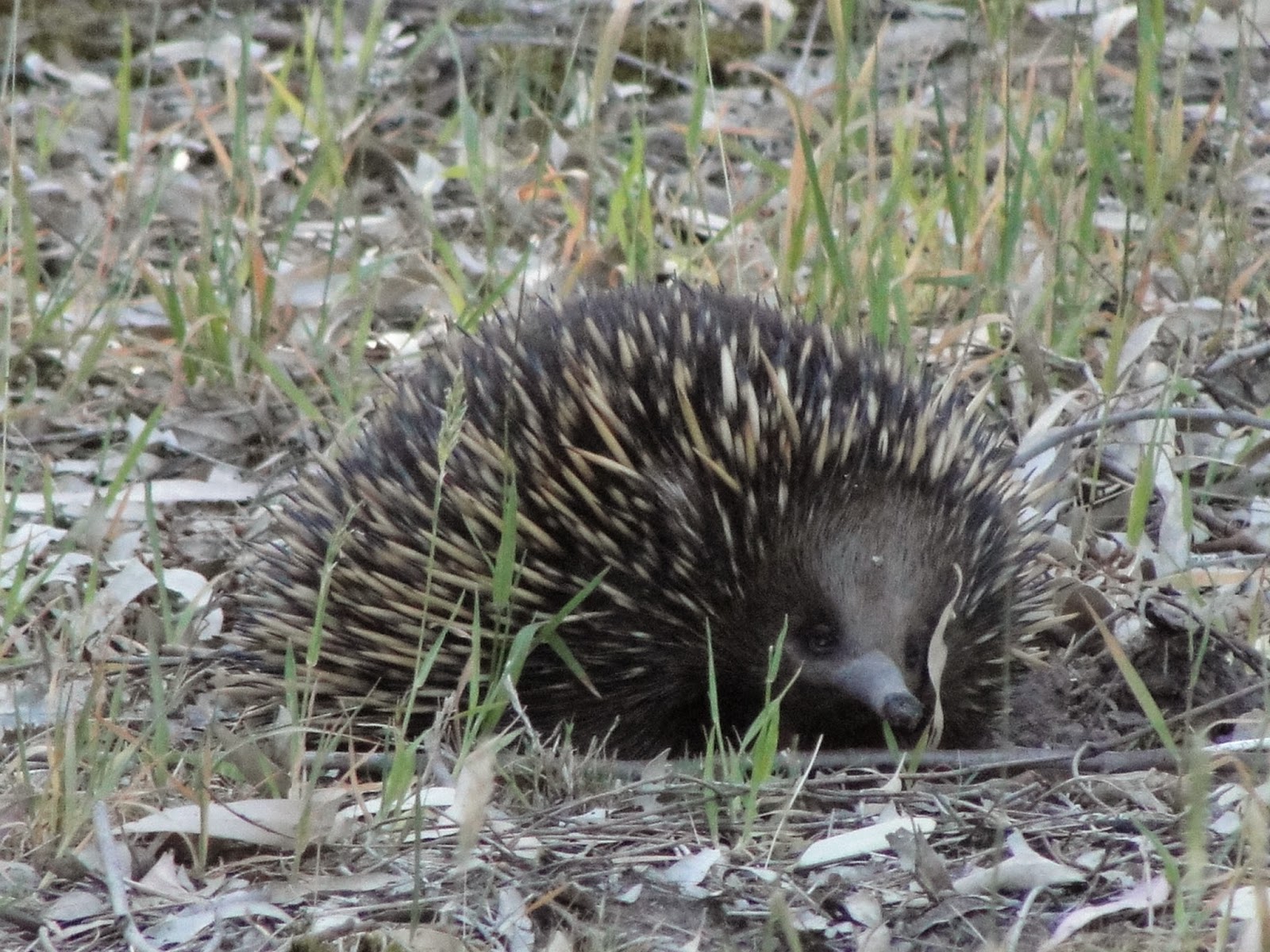 During our two-night intro our couchsurfer hosts gave us lots of suggestions for our two-week December stay in Melbourne. All along we were thinking, "ehhhh, okay, Melbourne's just another western city. We'll see what we end up doing."

After 12 more days we would learn that Melbourne is not just another western city. It's a bit of a Portland-Berkeley mash up complete with awesome produce markets, side streets of handmade crafty shops, a great downtown cultural mecca, quirky street aht, lots of young people, and really great restaurants and cafes. Other cities in Australia have pockets of these elements, but we couldn't really escape them in Melbourne. It was familiar and comfortable... and it made us homesick for Portland.

We had plenty of time to attack the city in between loafing around a lot. Here are our top five recommendations, in no particular order...

1. Visit the museums! The National Gallery is free, nicely laid out, and well-stocked with great Aboriginal, classic, and modern art. 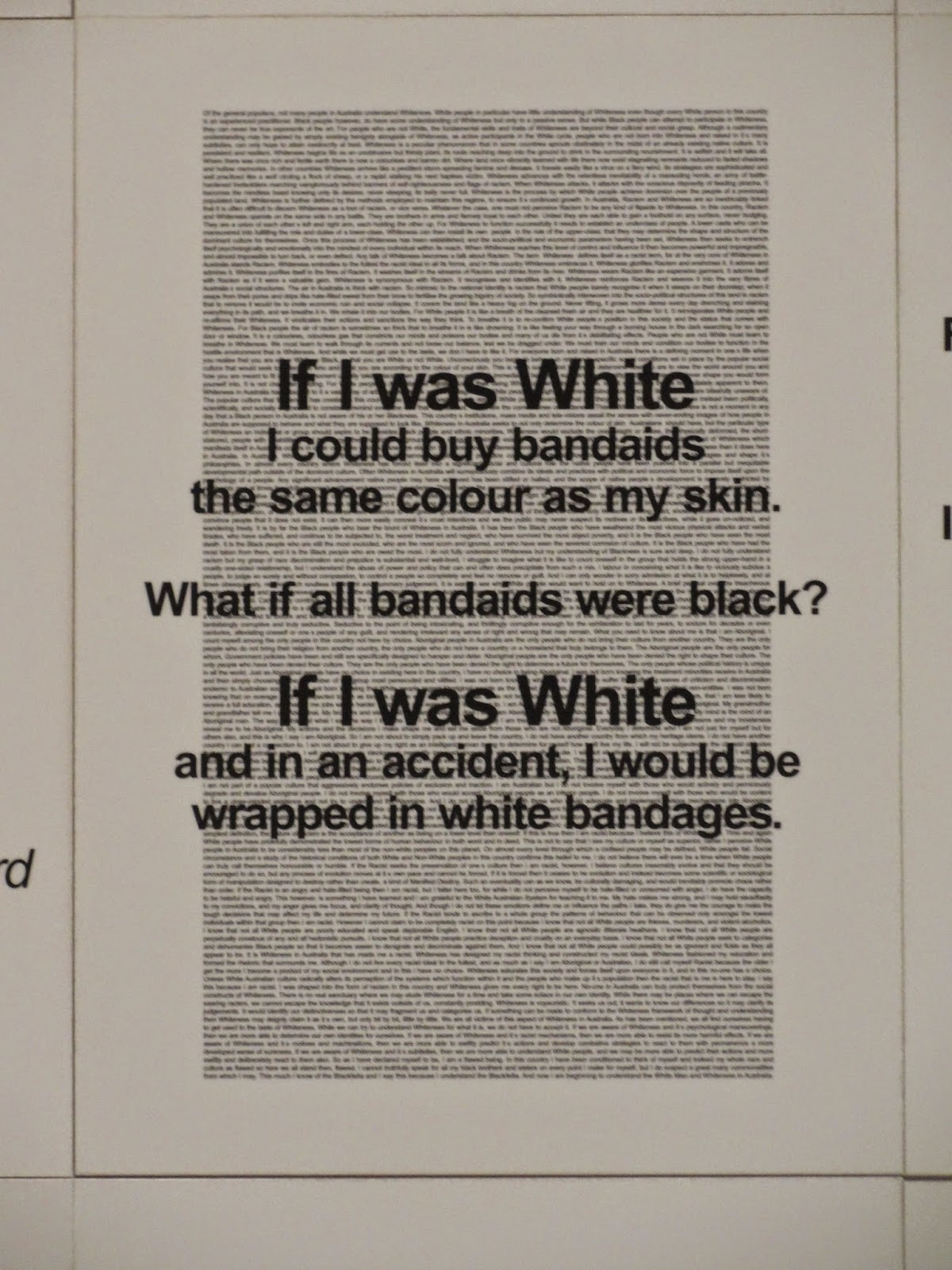 a small piece of a large brilliant piece of work

The Melbourne Museum costs $12 but it's worth it - we primarily went for the First Peoples exhibit but ended up really enjoying the variety of exhibits throughout the museum. 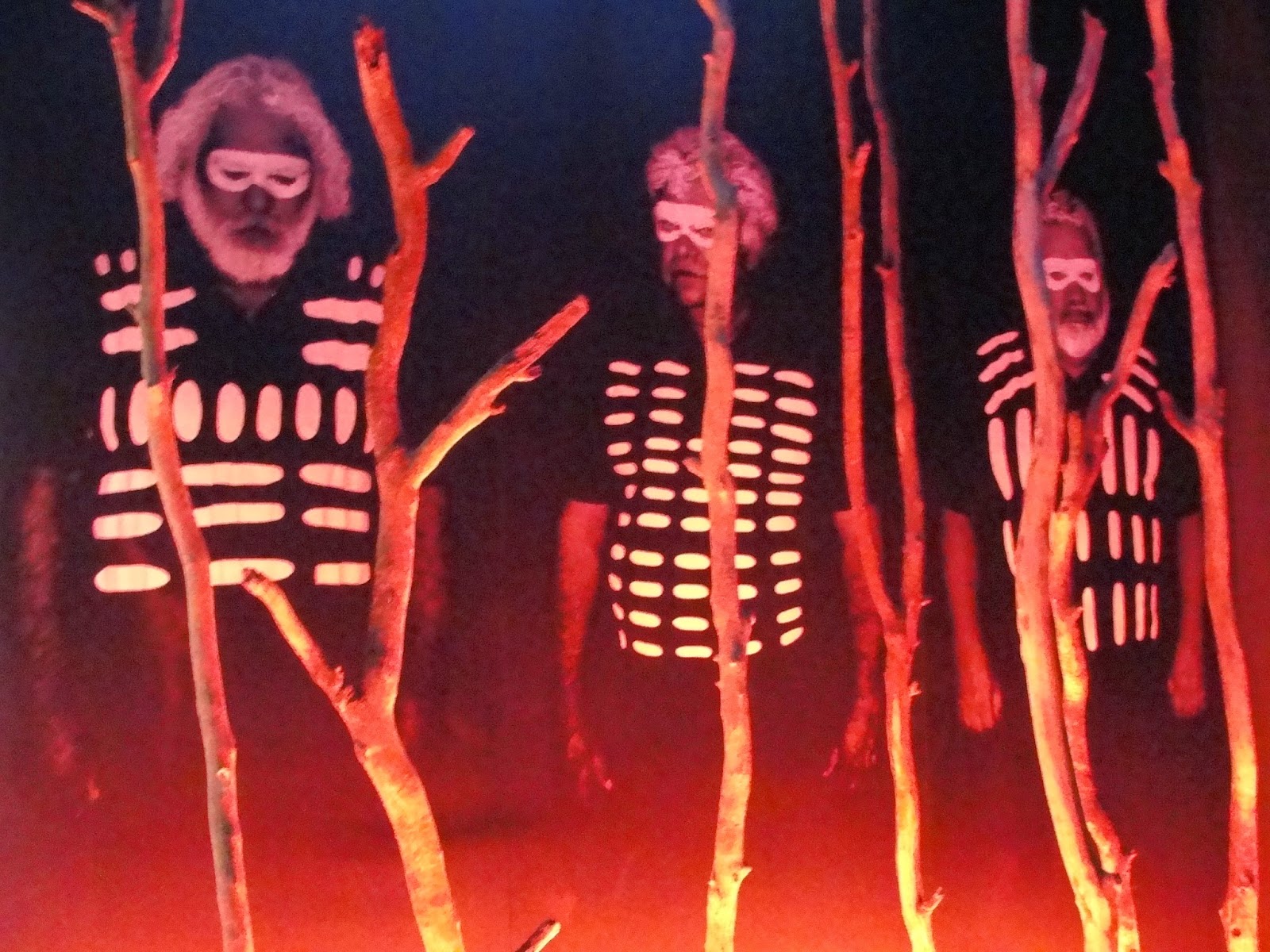 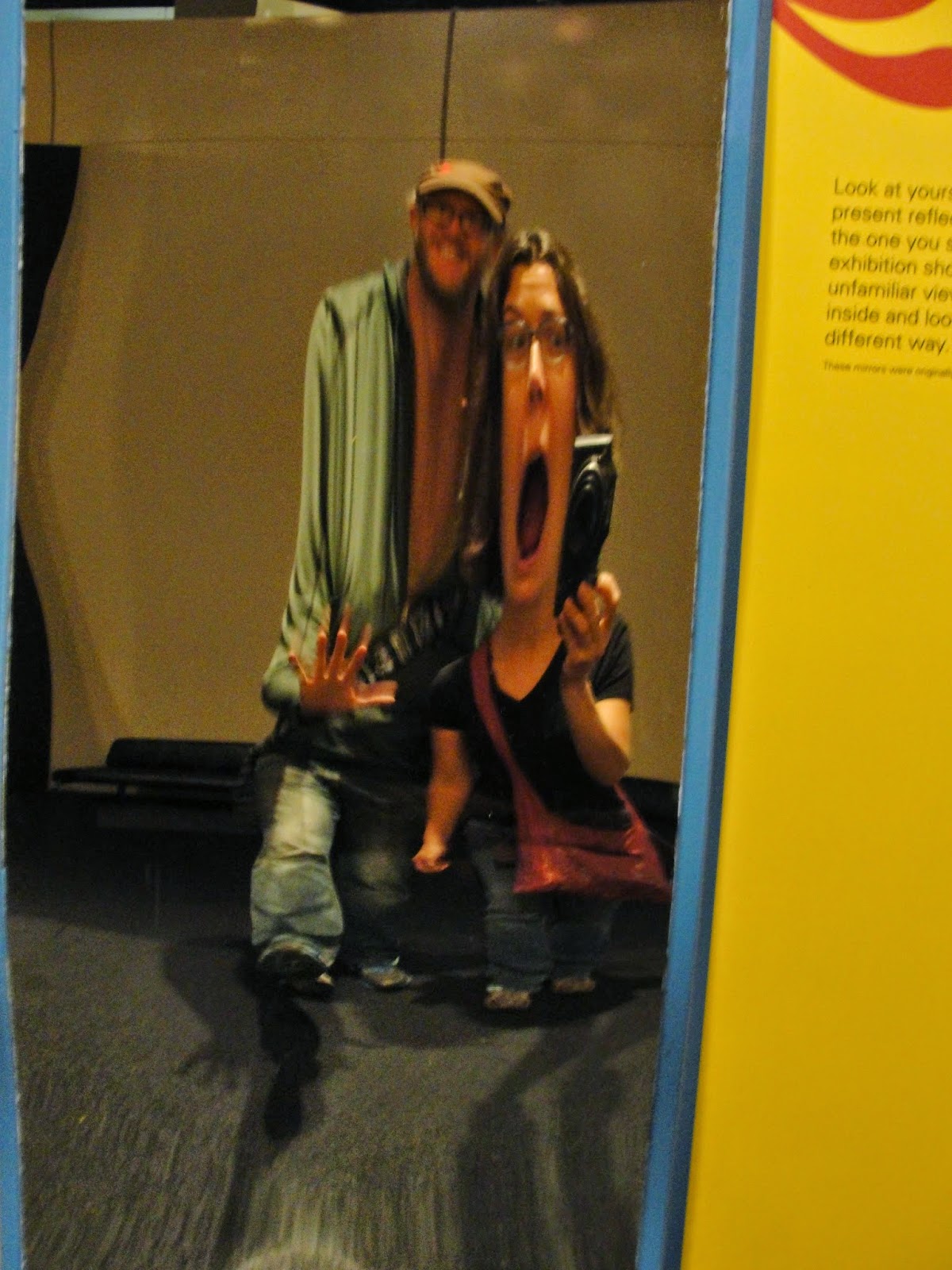 Usually after about three hours we're done with museums but we could've easily spent a full day in either of these.

2. Visit the Great Ocean Road! Hard to believe we debated doing this road trip. We didn't think it could top our ExplOregon camping extravaganza a few years ago, there would be the additional cost of a car rental, we only had one day and one valid driver's license between the two of us and it was a pretty long drive... Excuses, excuses! So glad we just did it. 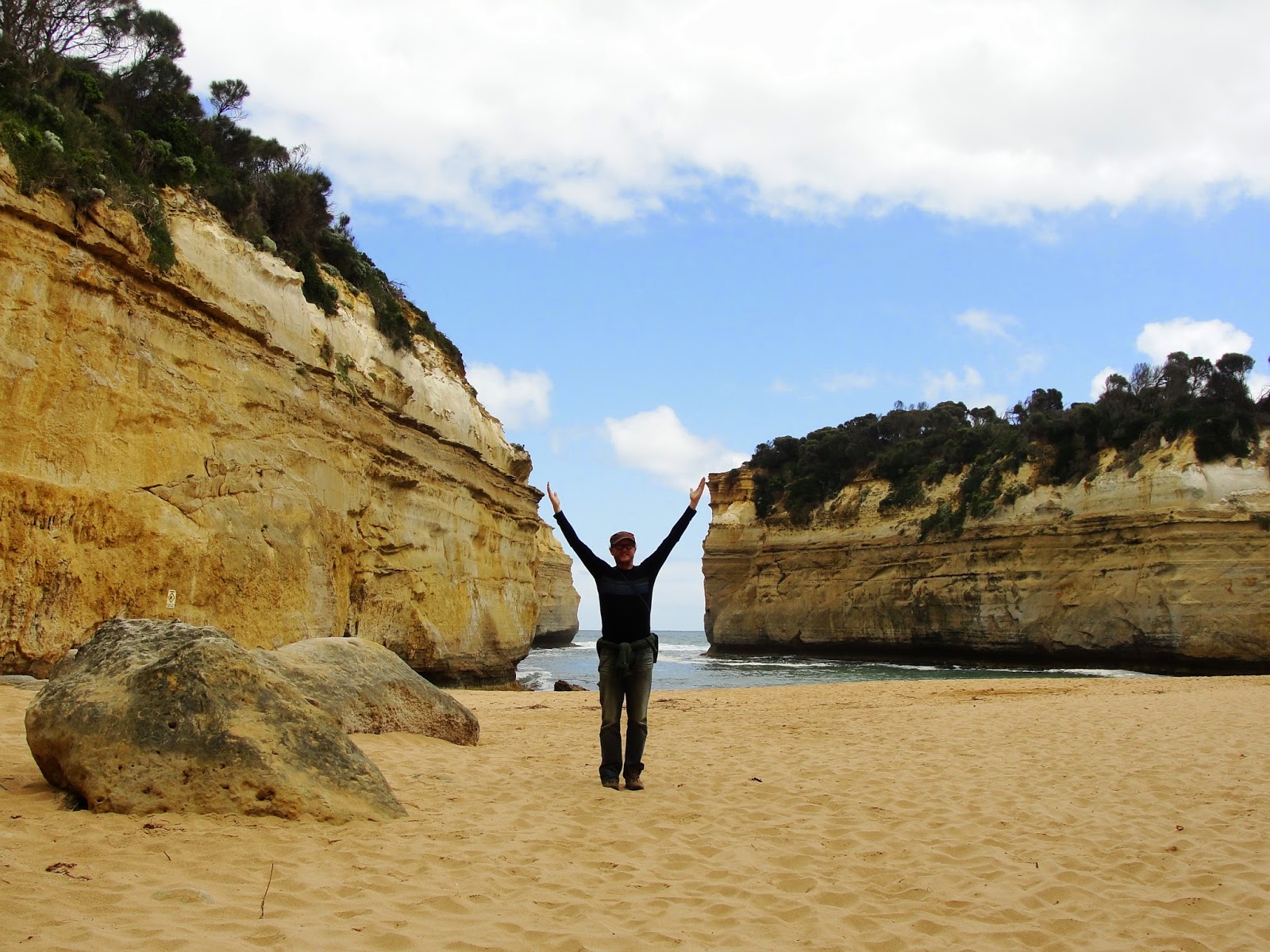 one of many amazing photos
(the rest start here)

We picnicked at Apollo Bay and then stopped at Twelve Apostles and Loch Ard Gorge before heading back to the city. It was pretty rushed but definitely worth it.

3. Visit the Royal Botanic Gardens! Regular readers know that we visited the gardens in Perth, Adelaide, Darwin and Hobart so we couldn't leave Melbourne without checking theirs out too. 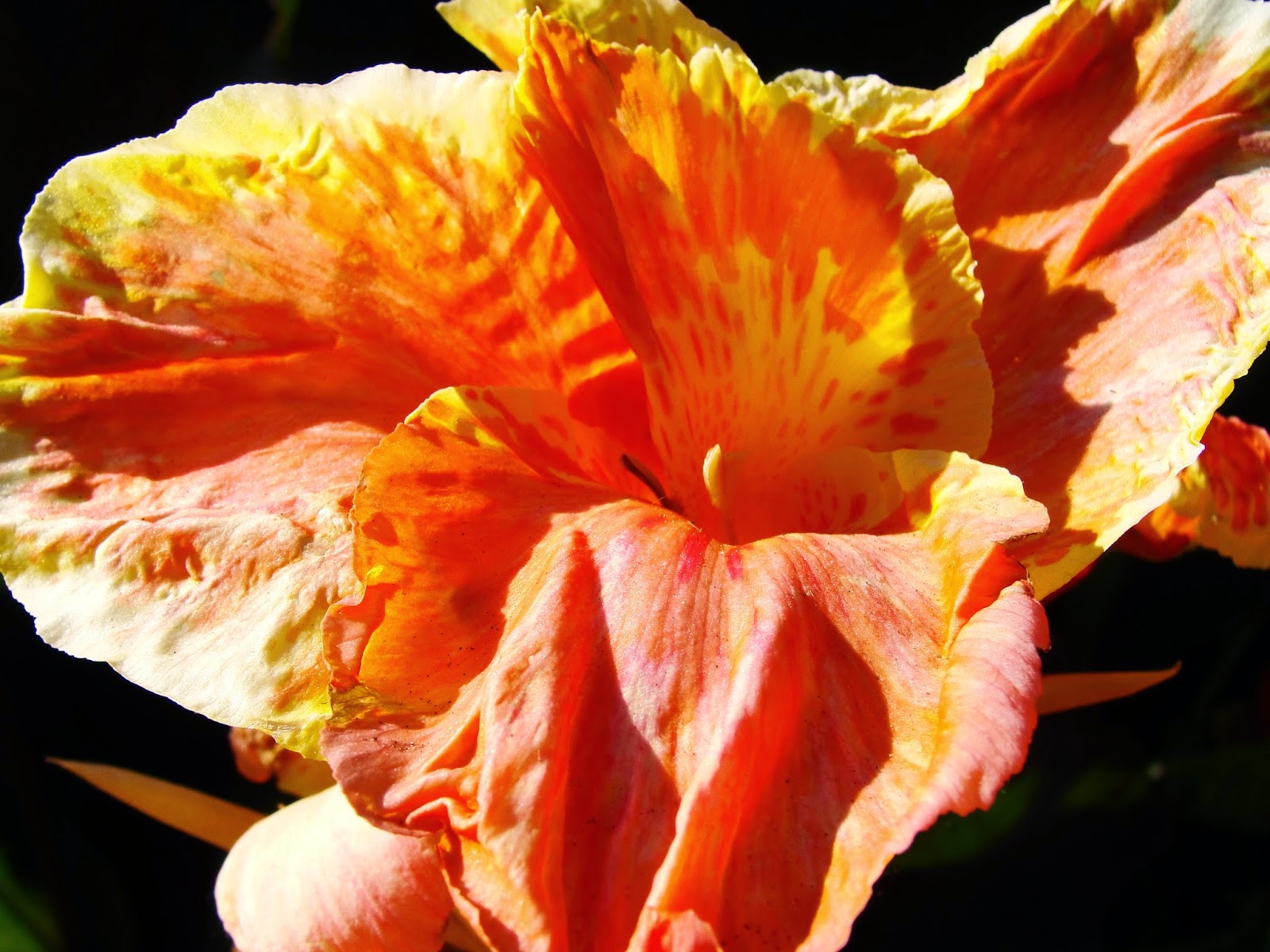 Happy to say that Melbourne's made it five for five awesome gardens. Nicely done, Australia. 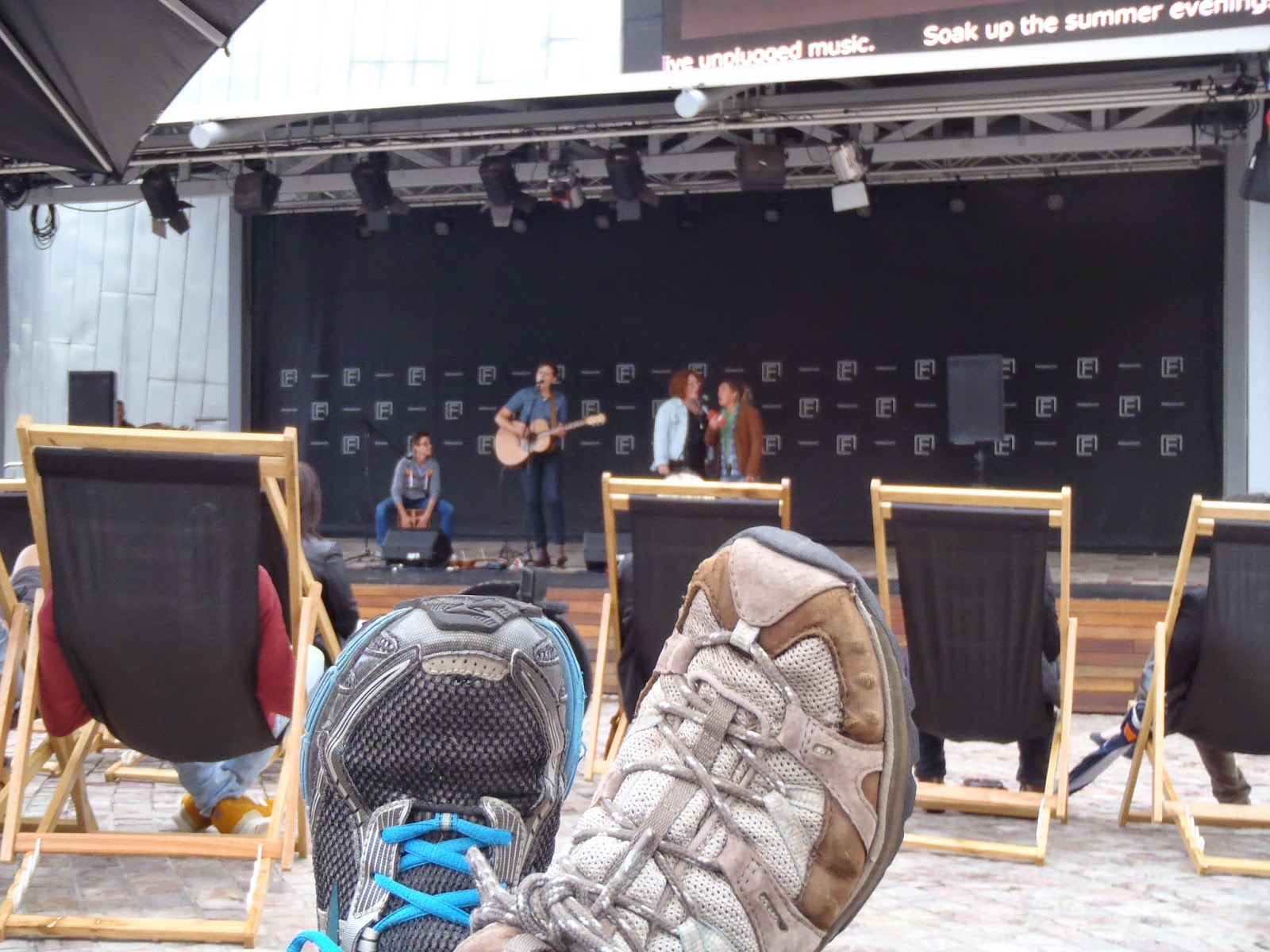 
5. Visit the Queen Victoria market! This was a completely different experience than Adelaide's Central Market. The food stalls were super-cheap and we walked out with at least 5 kilos of produce. 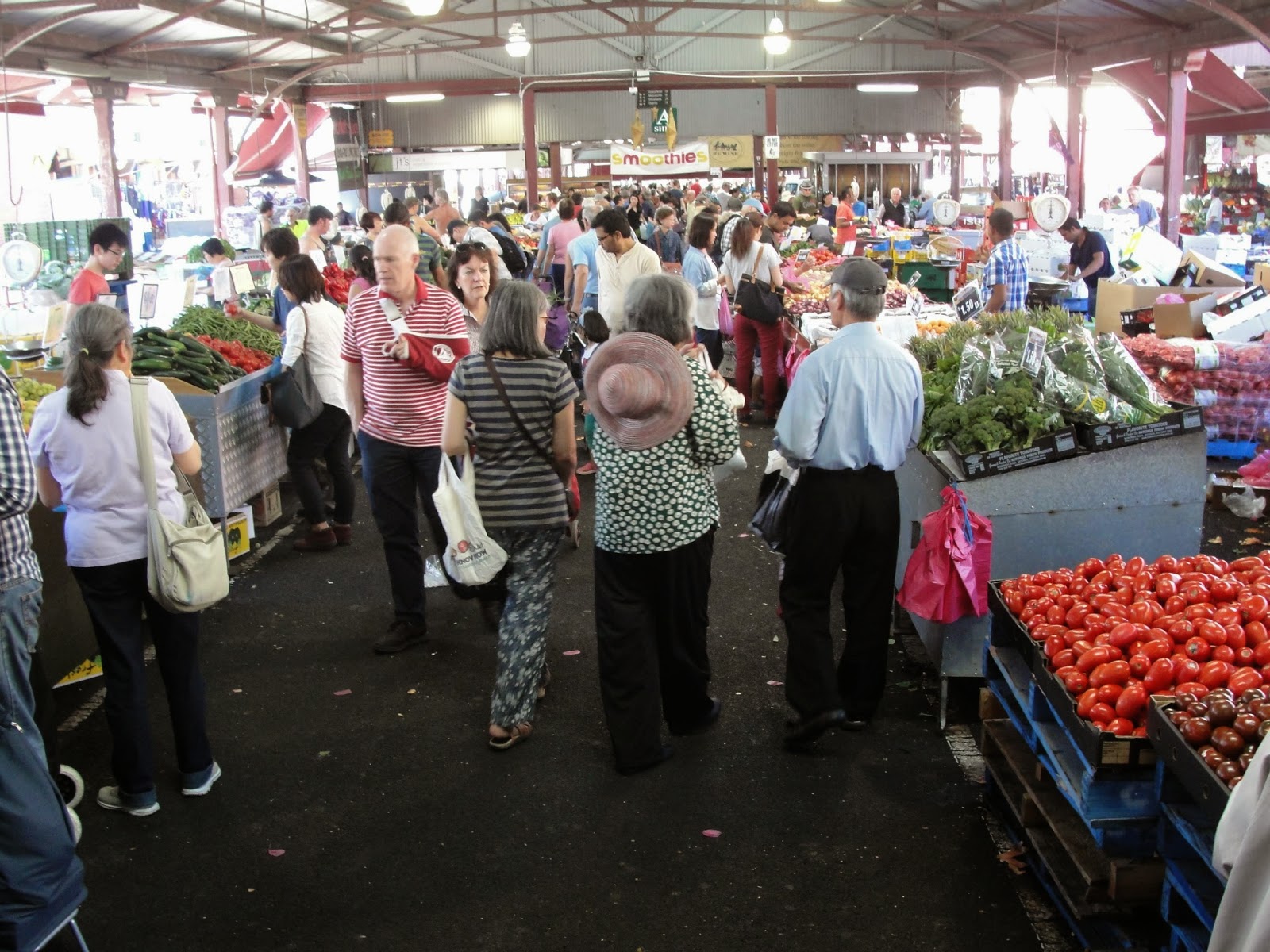 where a crate of mangoes costs $5

(The gourmet food stalls and local artisan shops were not so cheap but still fun to peruse.)

But those are just five touristy things. We also wandered along the Yarra River, we stayed up late at the Comic's Lounge where we enjoyed a free comedy show chock full of Australian jokes we actually understood, we caught a $6 Monday matinee of Boyhood at Cinema Nova (our first real movie theater movie in 20 months, chock full of American jokes that the Australian audience actually understood), we avoided the Christmas crazies downtown as much as possible... and so much more. 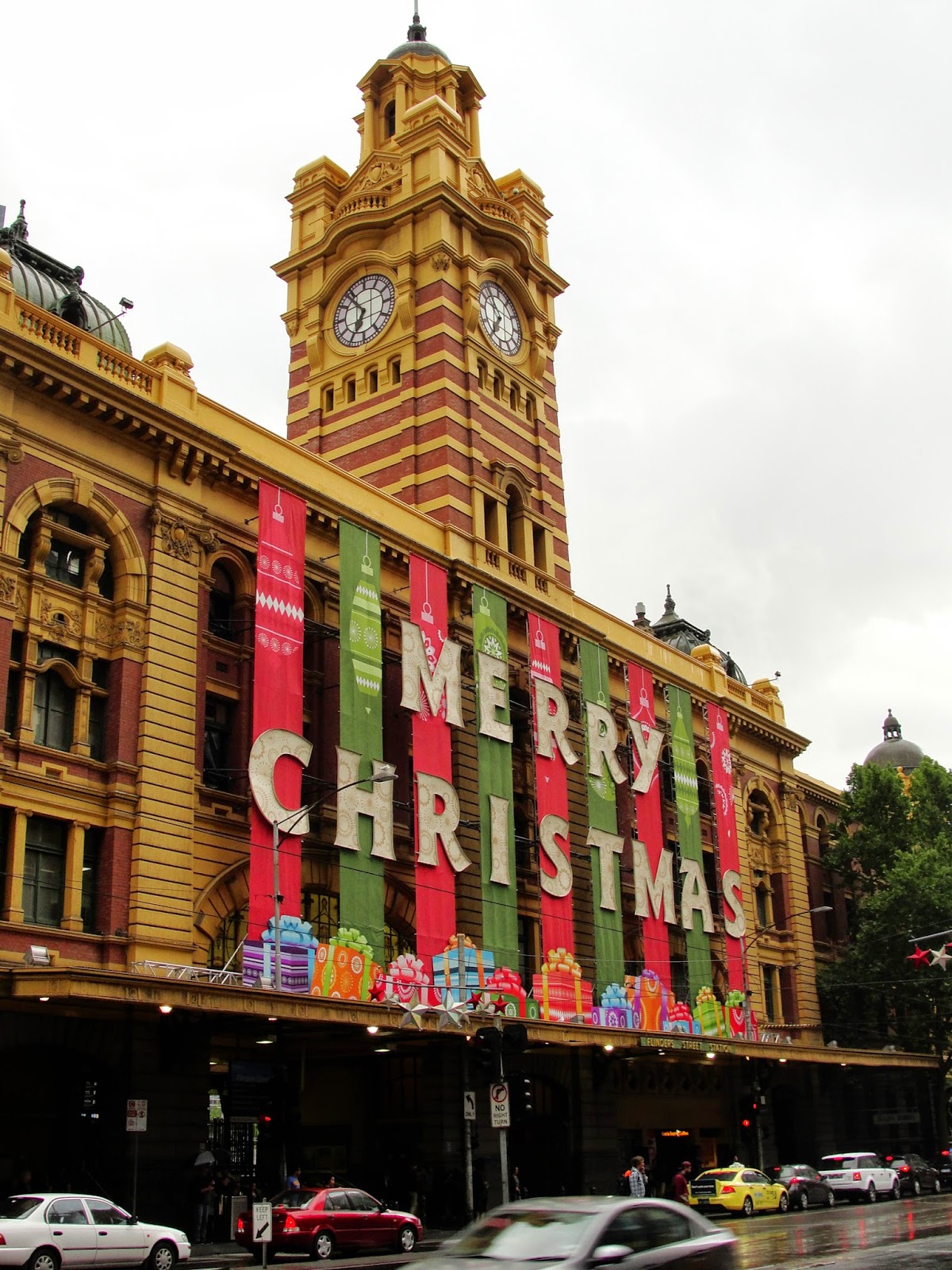 88 degrees -
do they know it's Christmastime at all?

We loafed around a lot too. We made time for some general maintenance, like cleaning up our hard drive, updating blogs and photos, and a haircut for Jen. 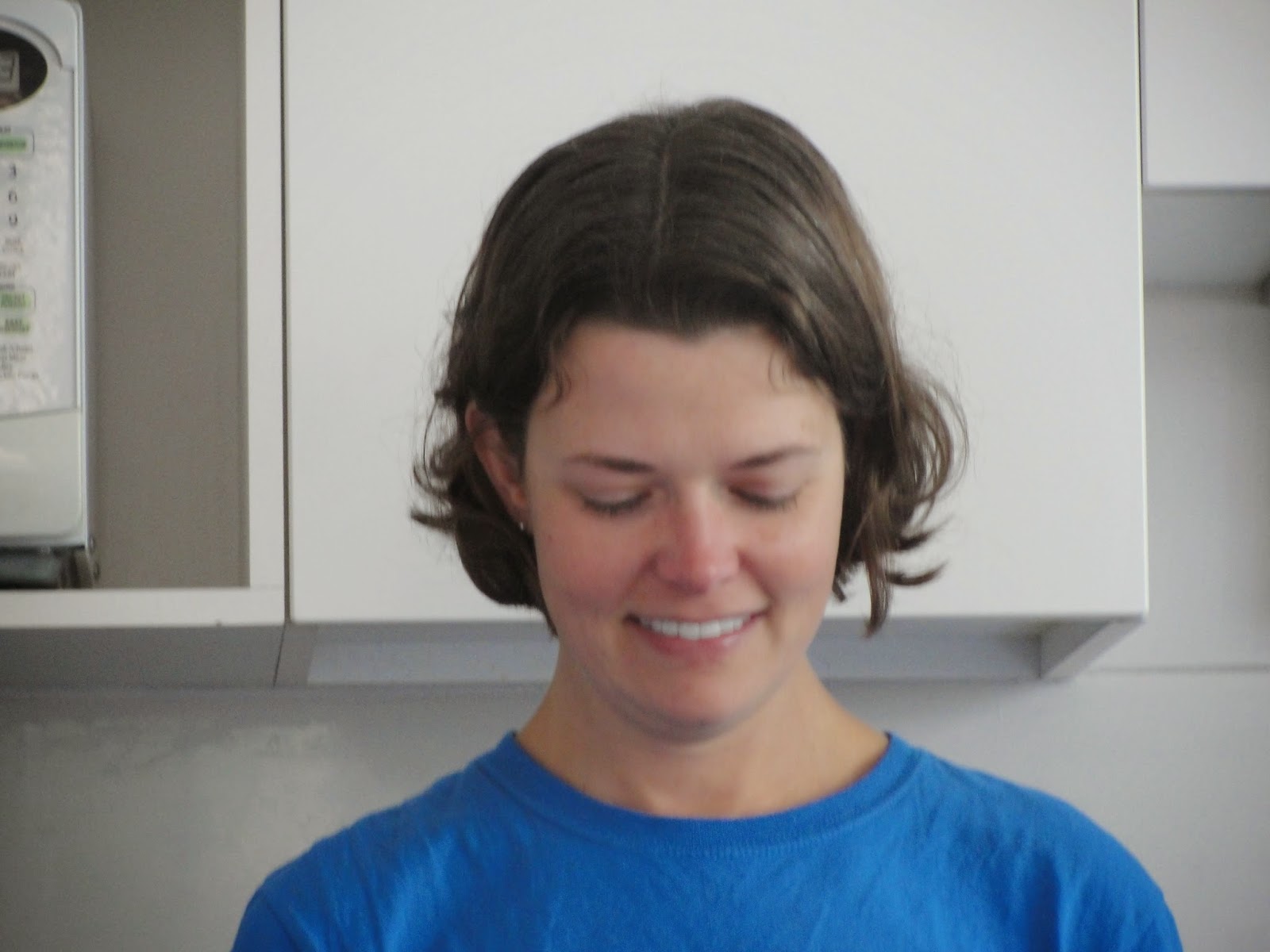 And we played a lot of 1981 Australian Trivial Pursuit. We knew so many more answers to the geography and history questions thanks to our travels! (The NEVER-ENDING orange category cricket answers? Not so much.) 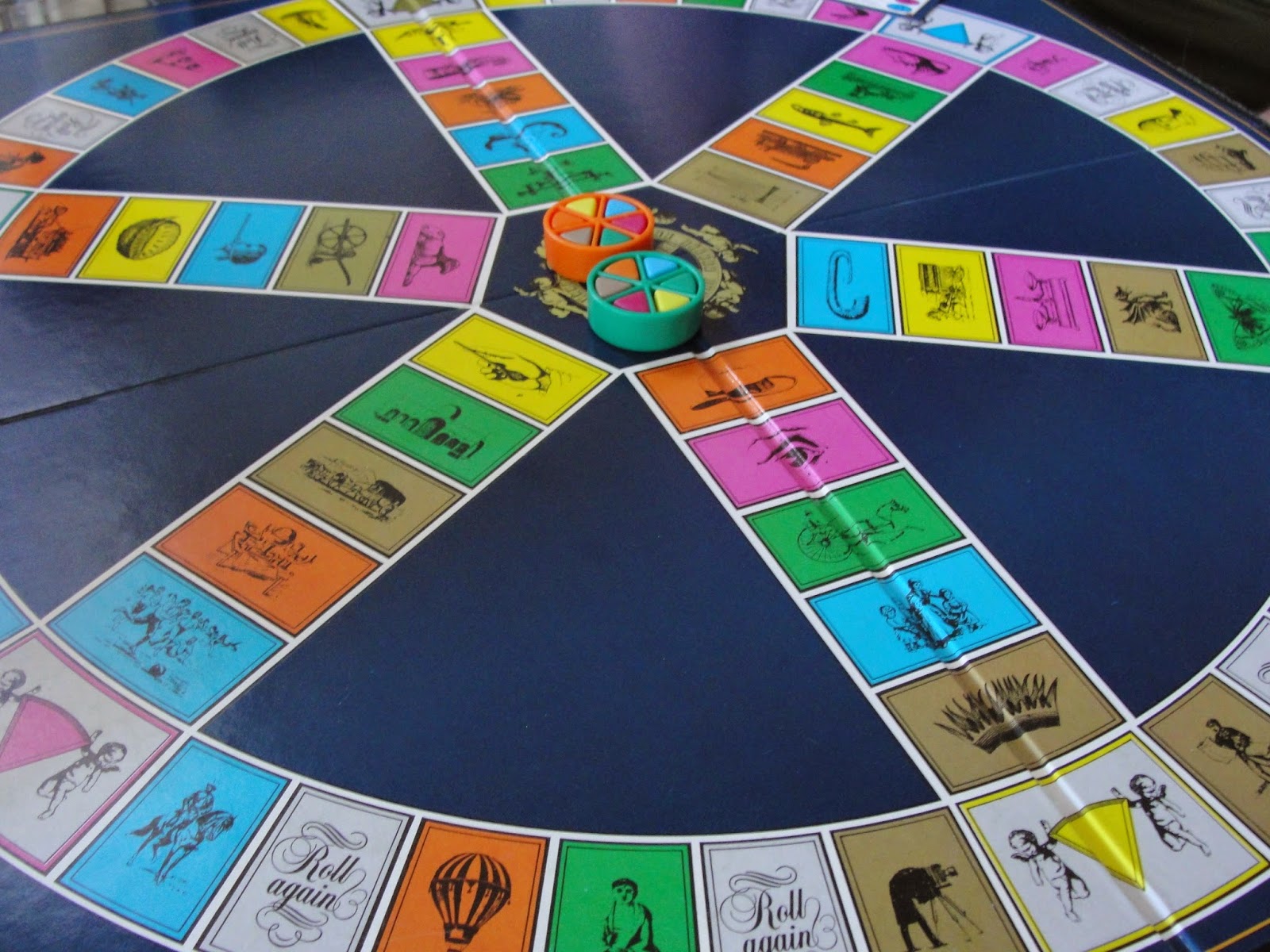 showdown at the Daisy Marigold corral

Food notes: Melbourne IS the foodie scene in Australia from what we've gathered. With meals running ~A$20 a person and us being on a budget, we really wouldn't know. We did get out a few times, like to the Viet Rose (much more Chinese than Vietnamese - disappointing, we really wanted Vietnamese) and to Chinatown. 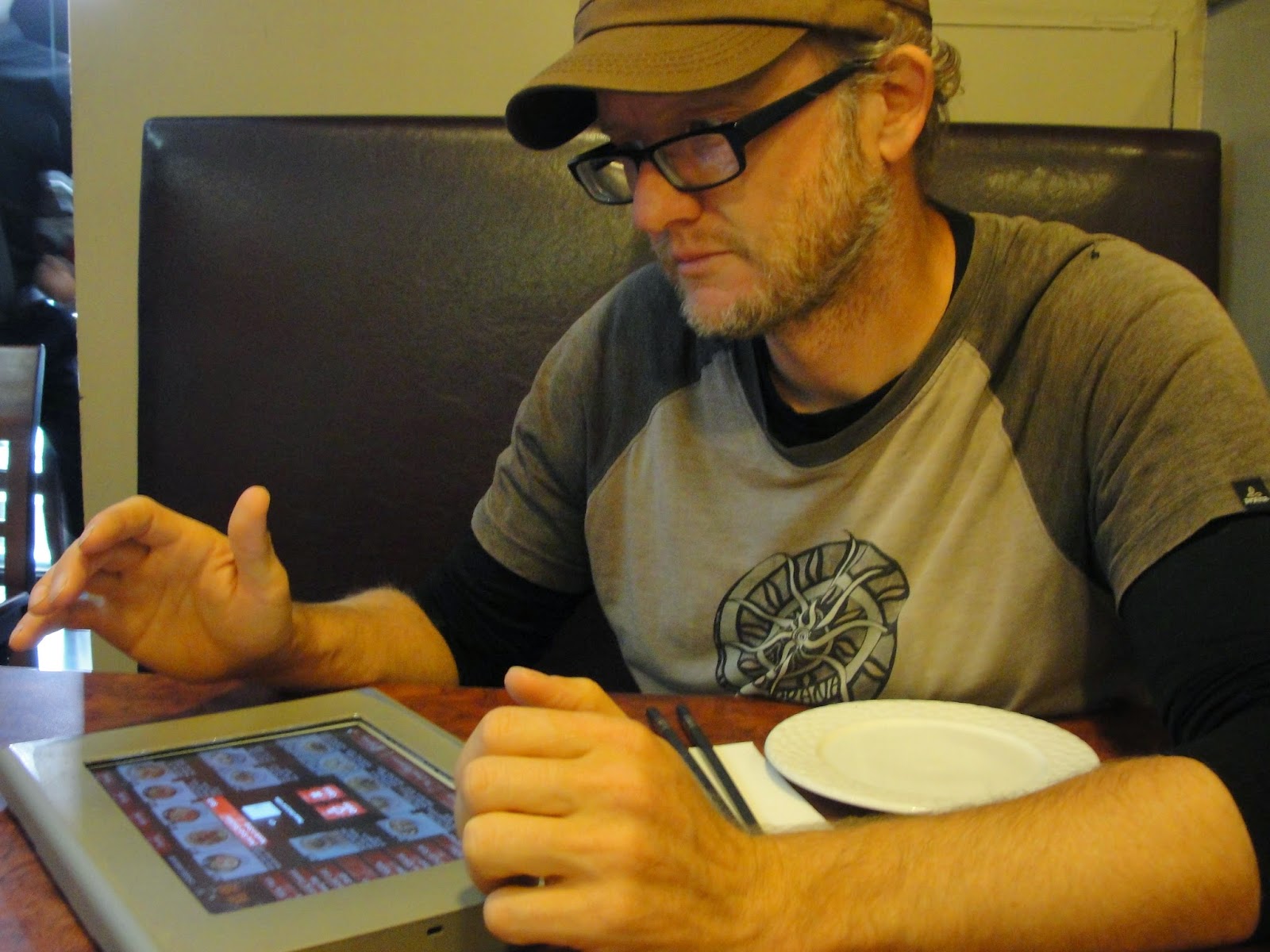 
Food at the Queen Vic market was pricey but Patrick had his eye on a bratwurst shack. His sandwich cost the same as my little tub of gourmet olives... think he got the better deal there. 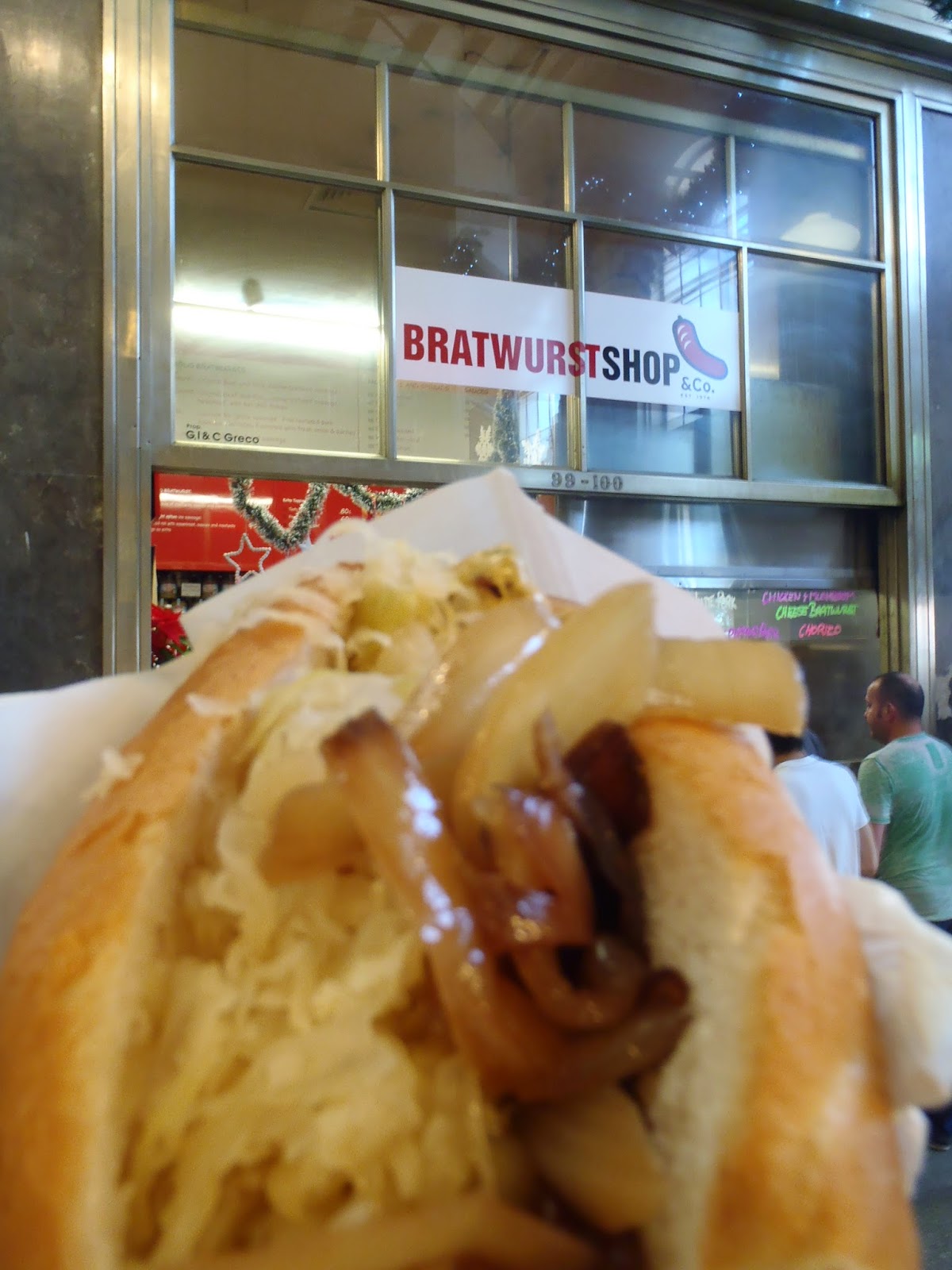 
No Australia visit is complete without a meat pie or two. Or seventeen. We passed a Pie Face on our second-to-last-day walk home and gave in, thinking this could be our last chance for a meat pie. (Three minutes later we passed another Pie Face franchise. Natch.) 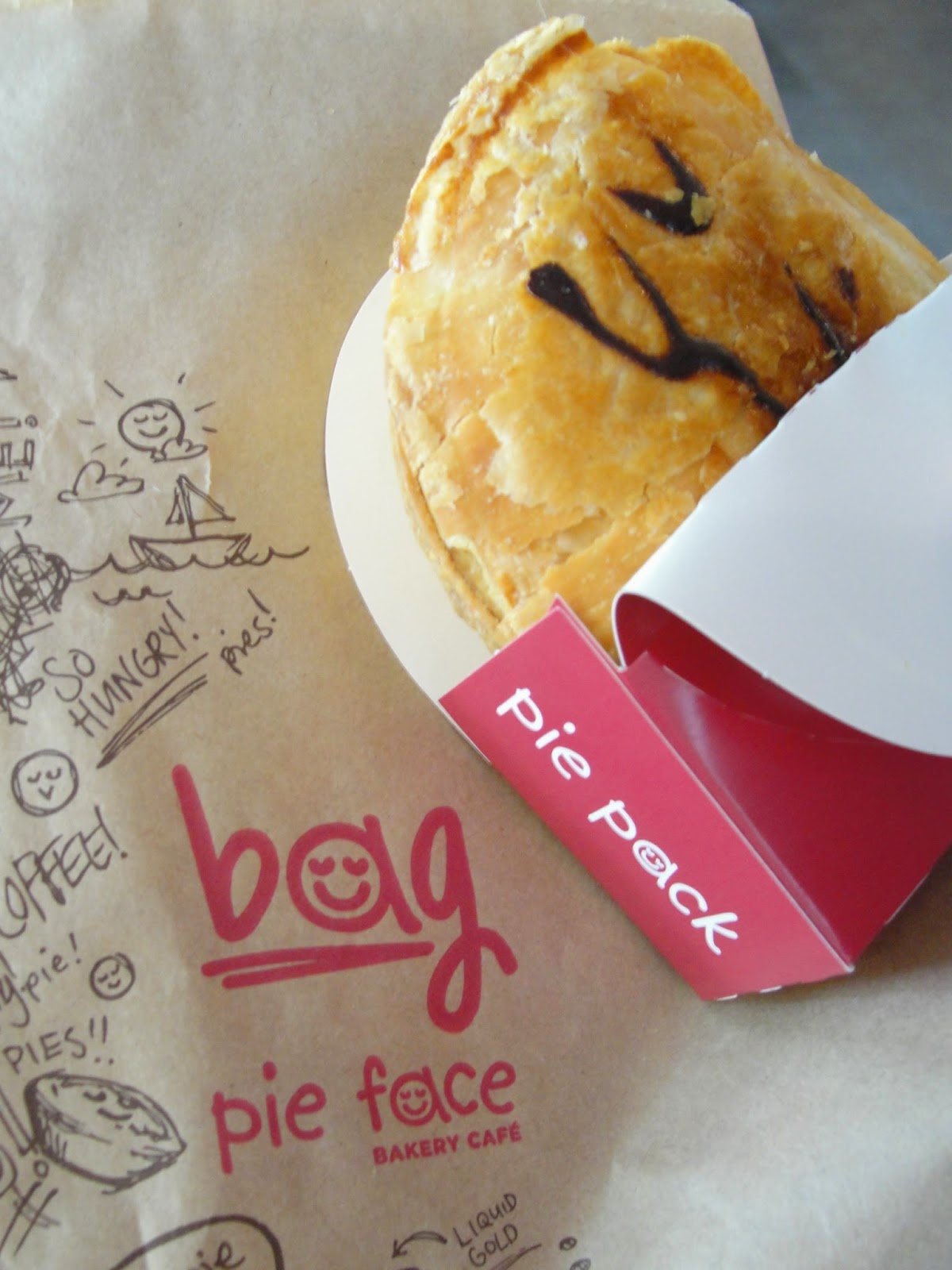 
We did finally try Seven Seeds coffee. It was no Nescafe, but we liked it. 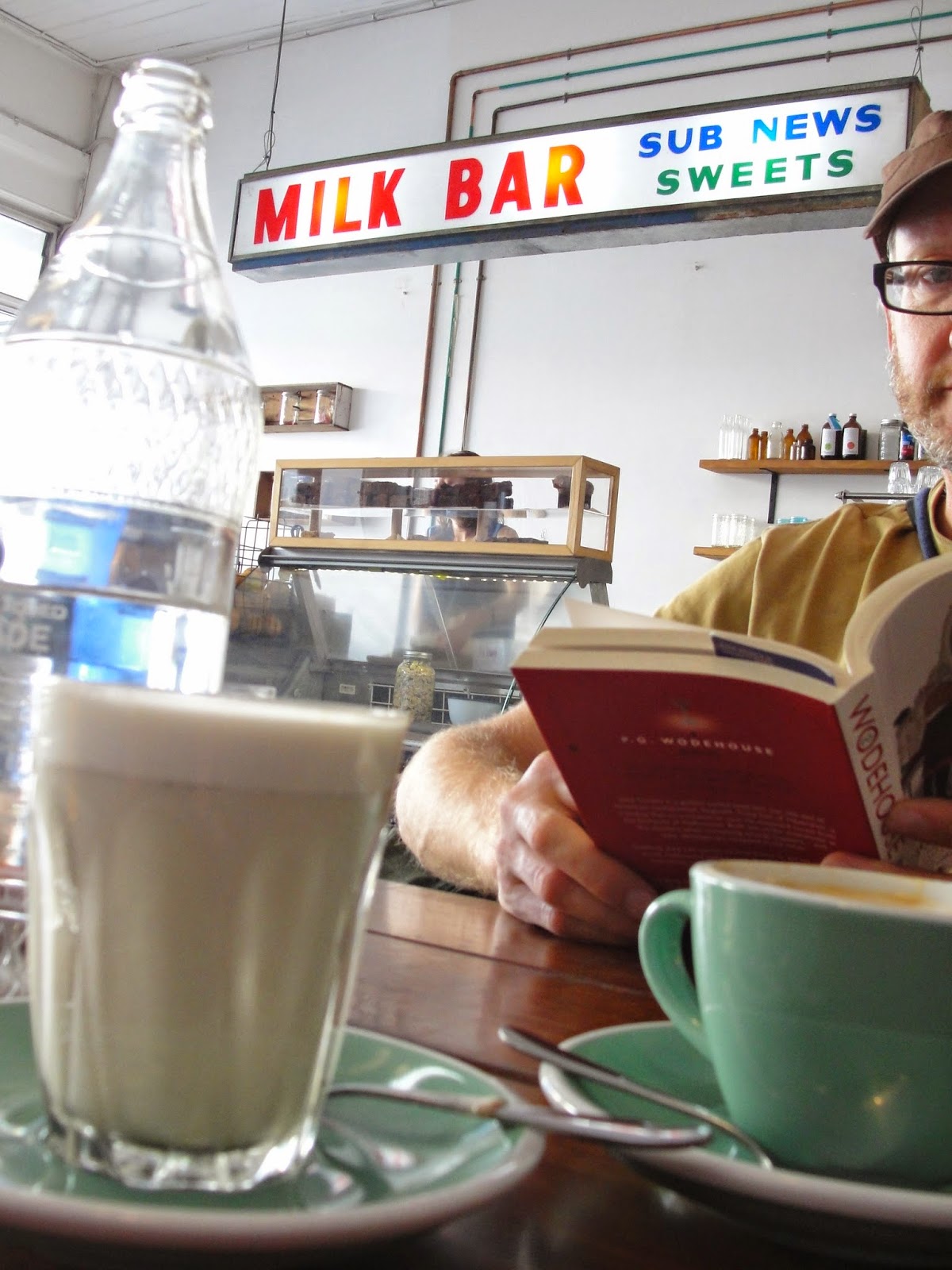 kidding about the Nescafe - Seven Seeds is the new Stumptown

We sampled a local beer but didn't venture out to any brewpubs. With pints still hovering around $8 we were happy waiting until we got back to the US. (Errr... the mainland US. Hawaii is no better!) 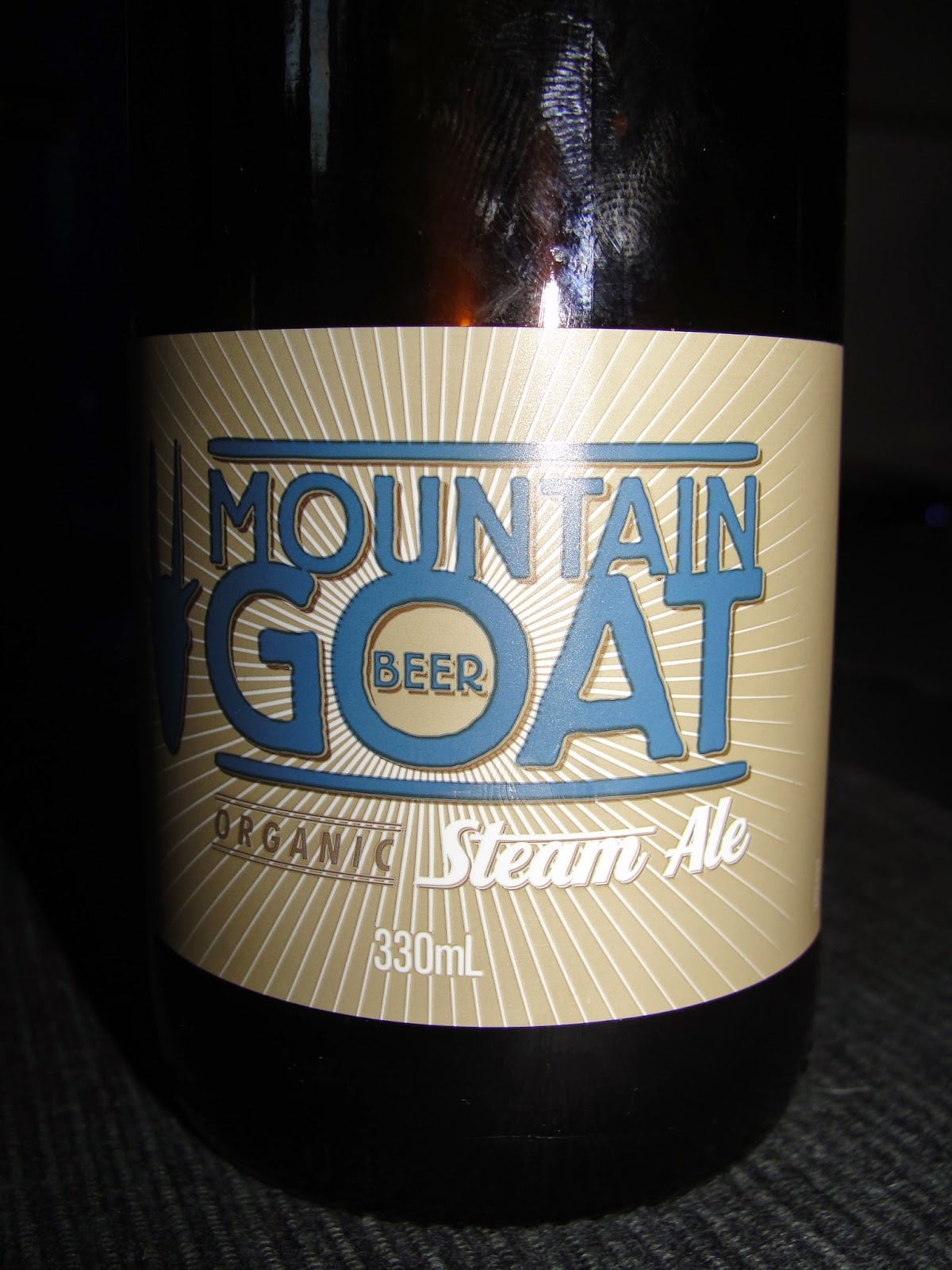 
Mostly, though, we cooked at our hosts' home. Their extensive kitchen enabled homemade peanut butter, lots of soup and fresh corn bread, and overall cheap eats. We even made Mexican one night! 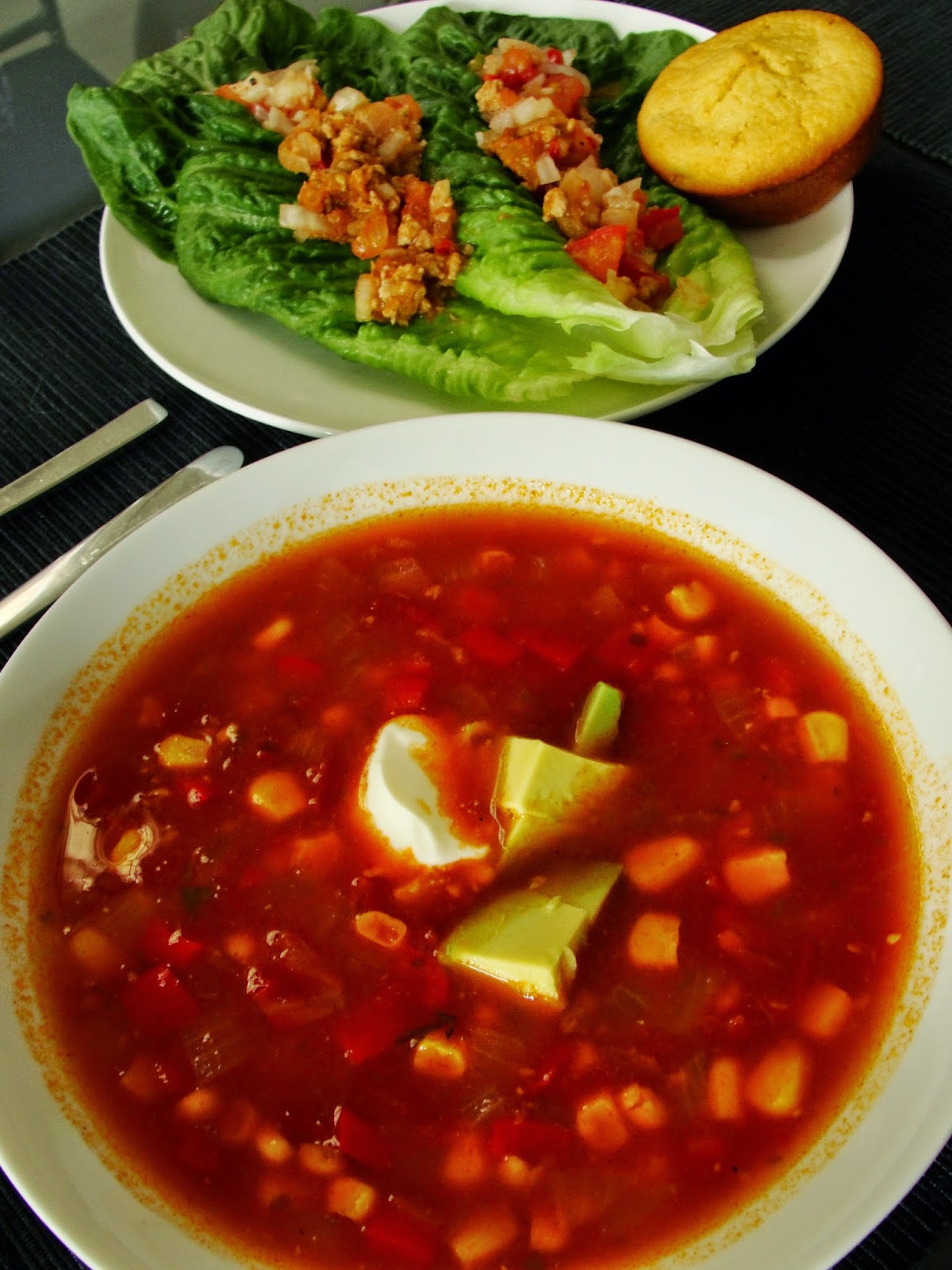 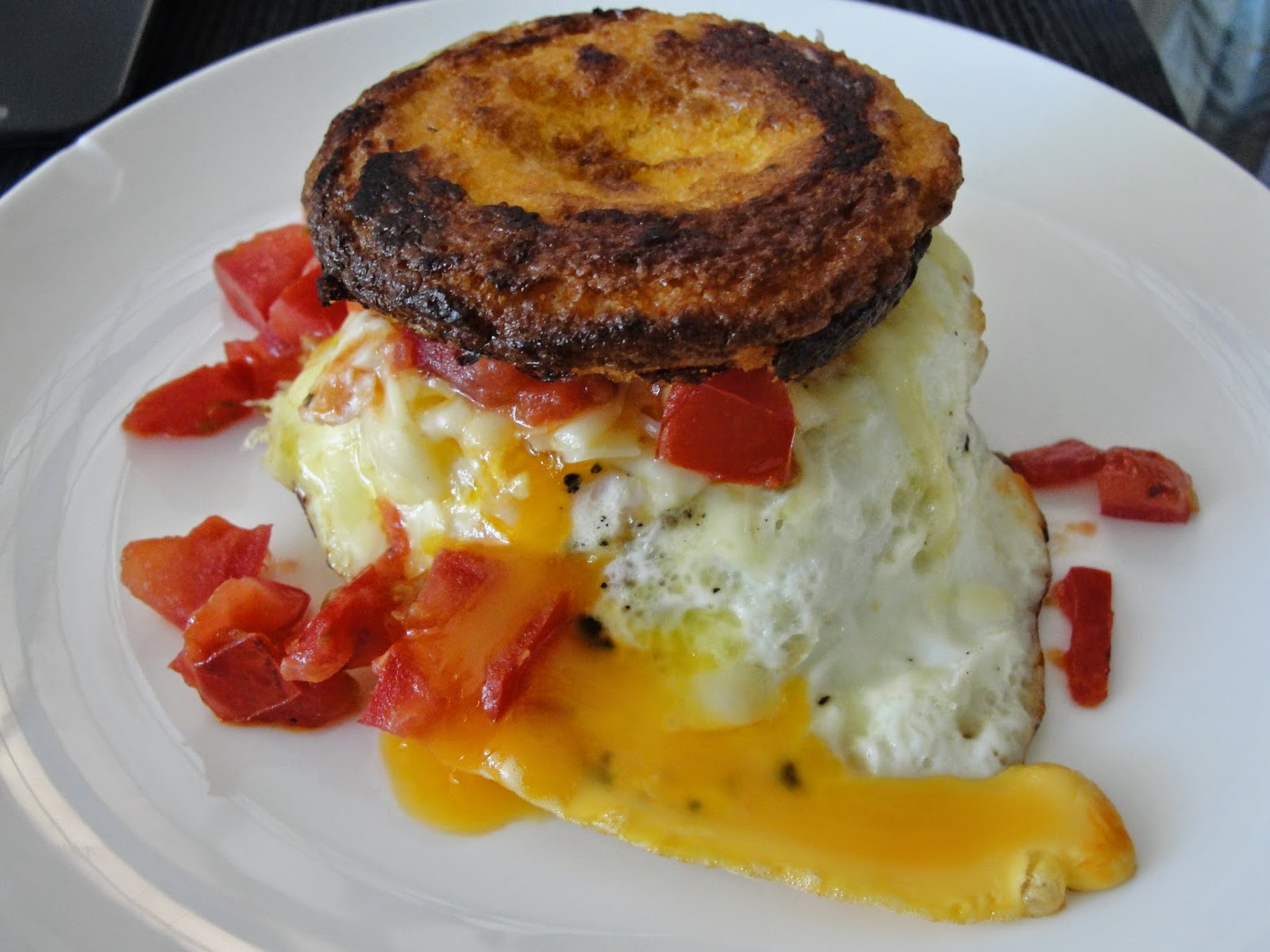 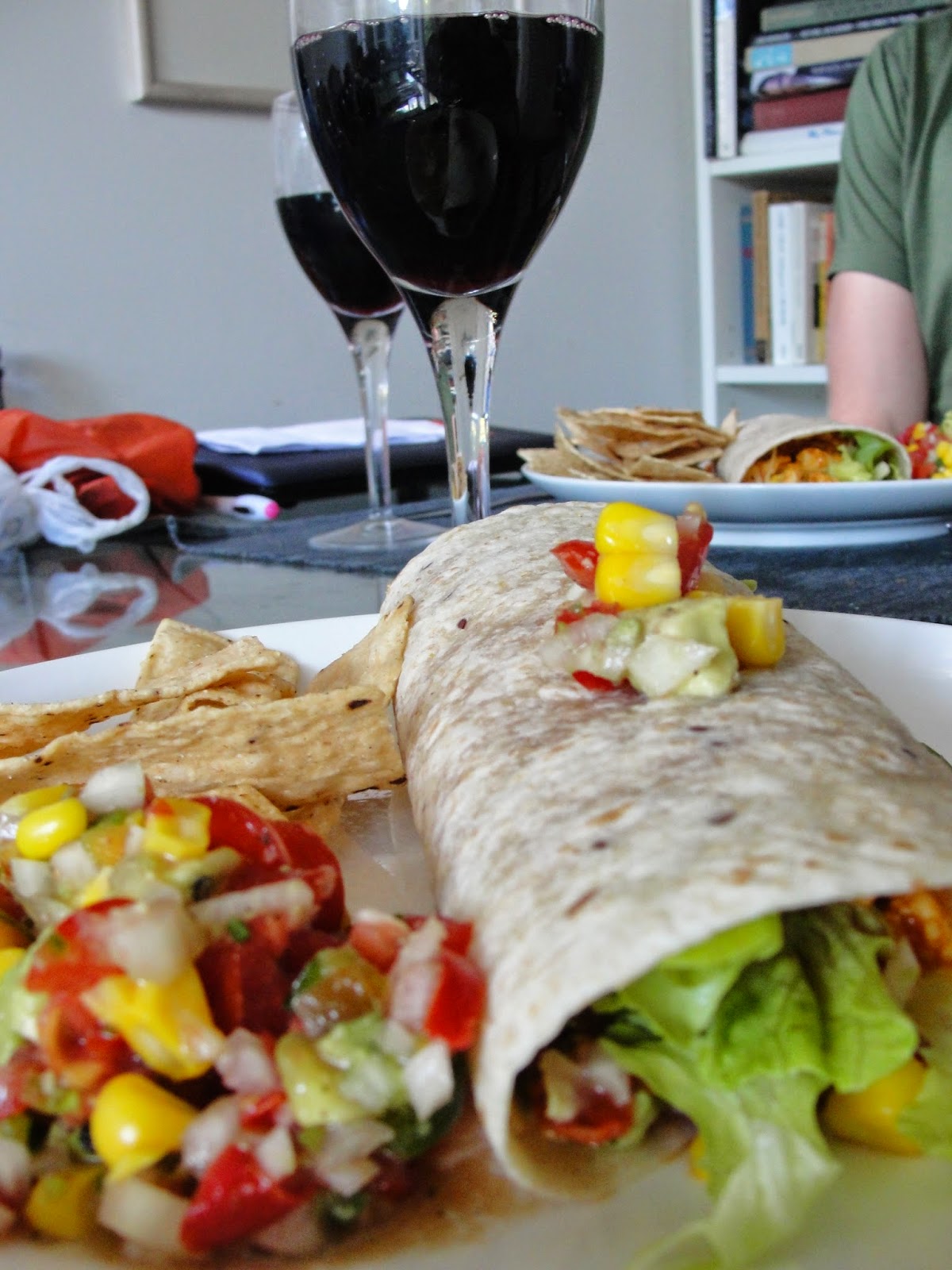 ("Mexican night" was supposed to turn into a regular thing but then we realized this wasn't our house and also, that we had no attachment to the words "regular thing" anymore.)

Lodging notes: In addition to couchsurfing our first time through, our second time we were really fortunate to score an amazing housesitting gig within walking distance of downtown. And when I say "amazing" I mean Piedmont, or Pearl District, or Nob Hill, or Capital Hill, or whatever current posh up-and-coming area in your neighborhood that you can relate to. Our kind hosts even put us up two nights before and one night after their trip, and their kitties provided endless hours of entertainment. 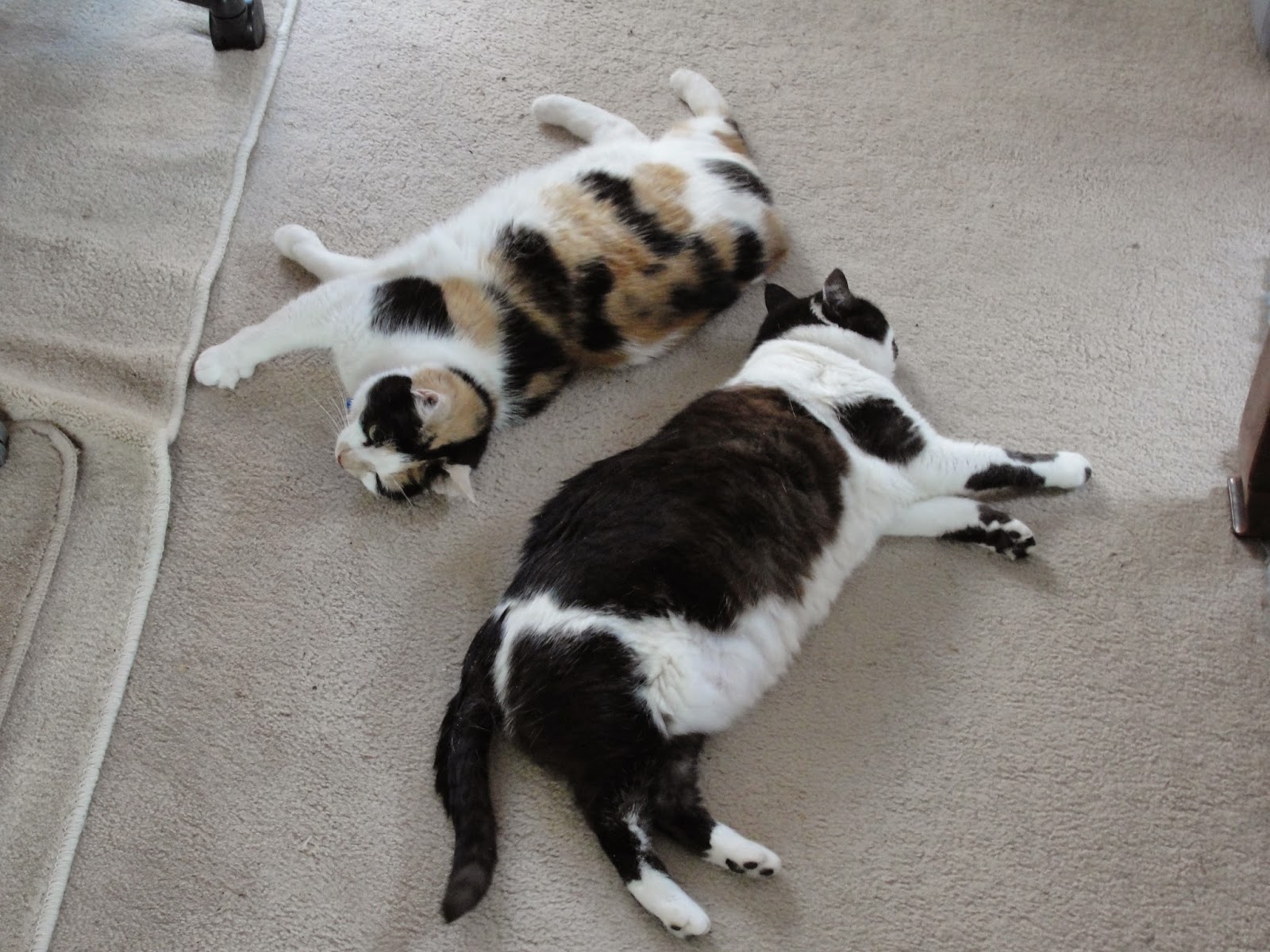 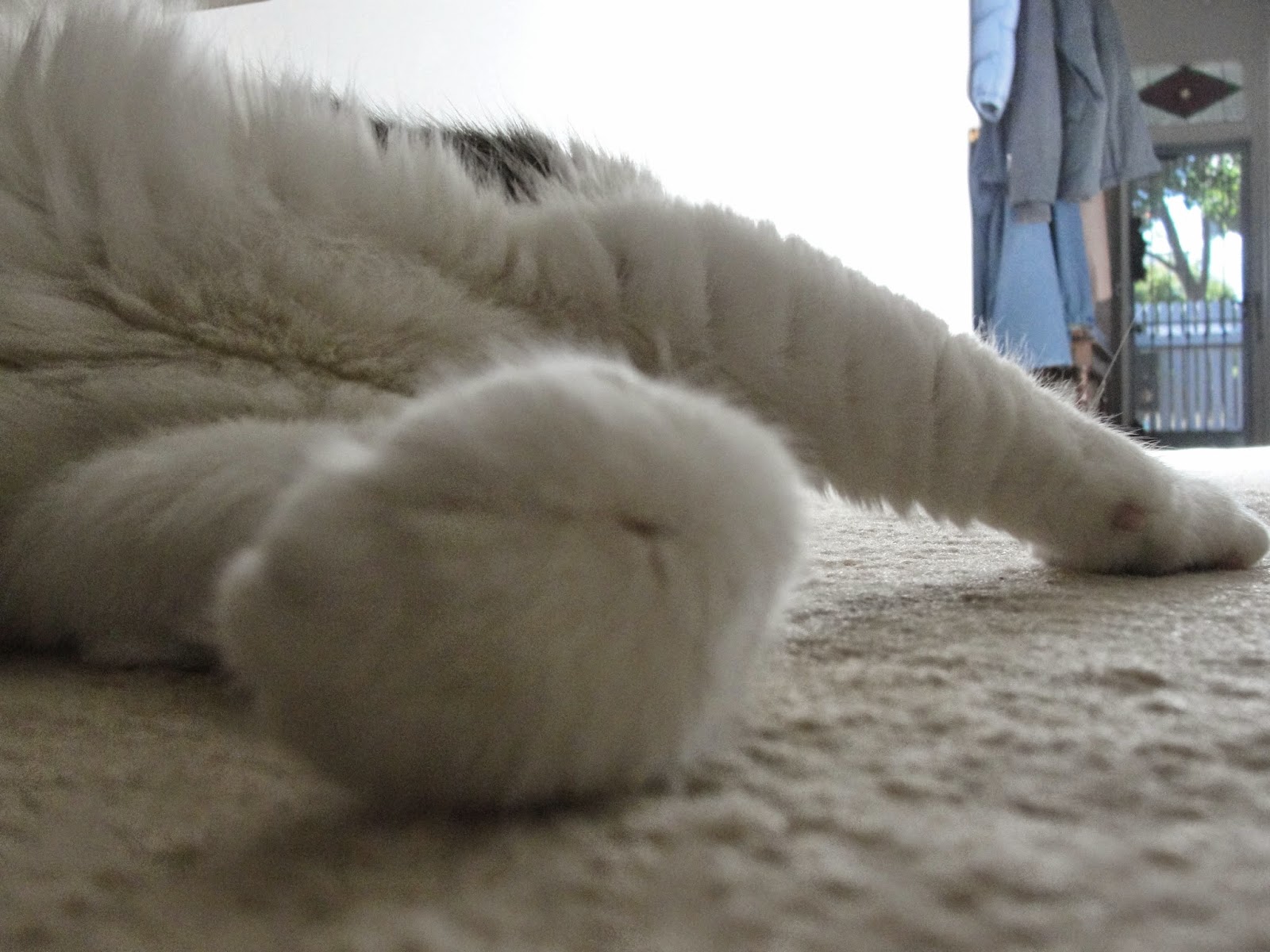 reach for the lens, Daisy! 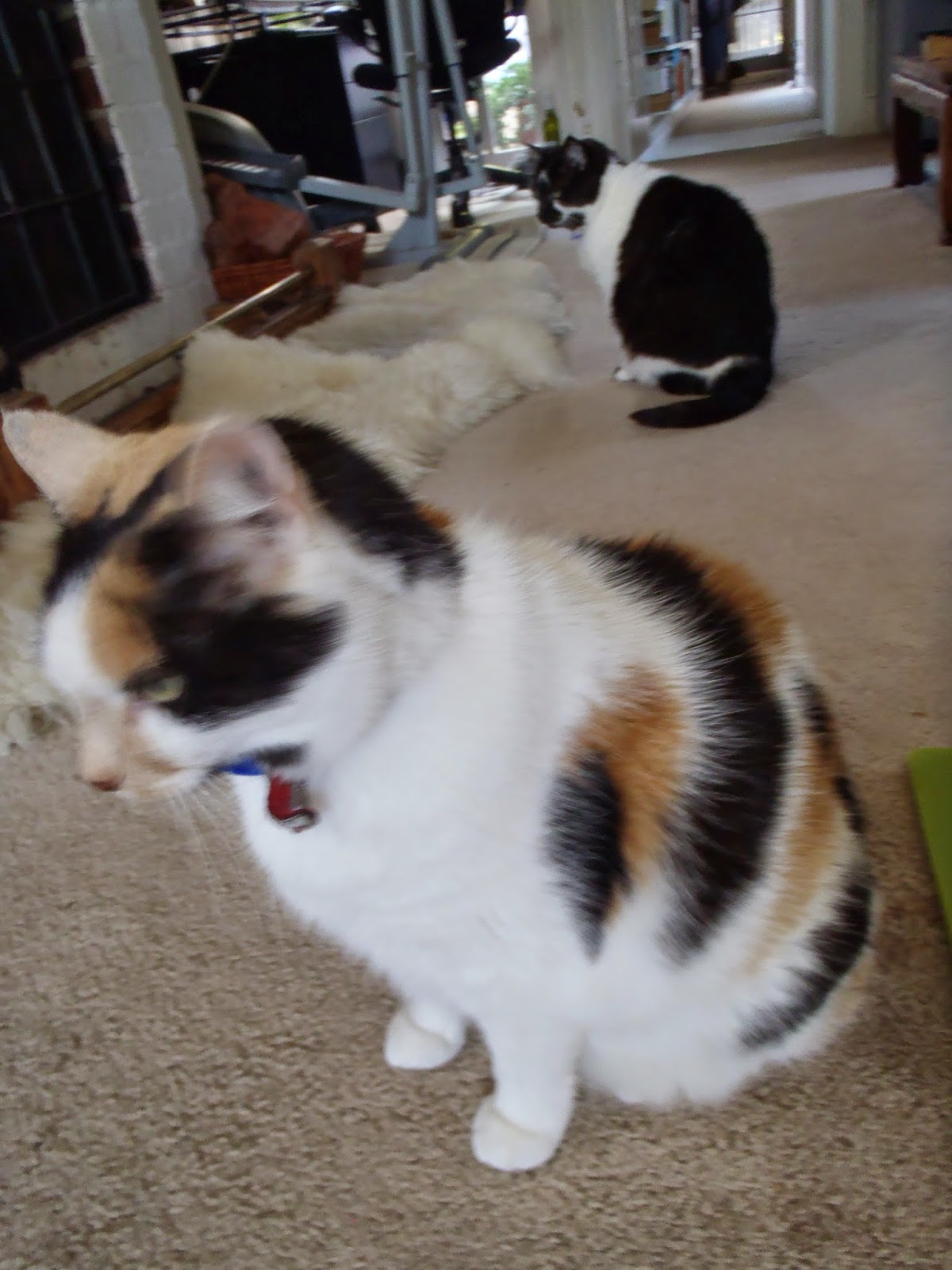 "don't even think about sitting on my blanket, Marigold...
eyes in the back of my head" 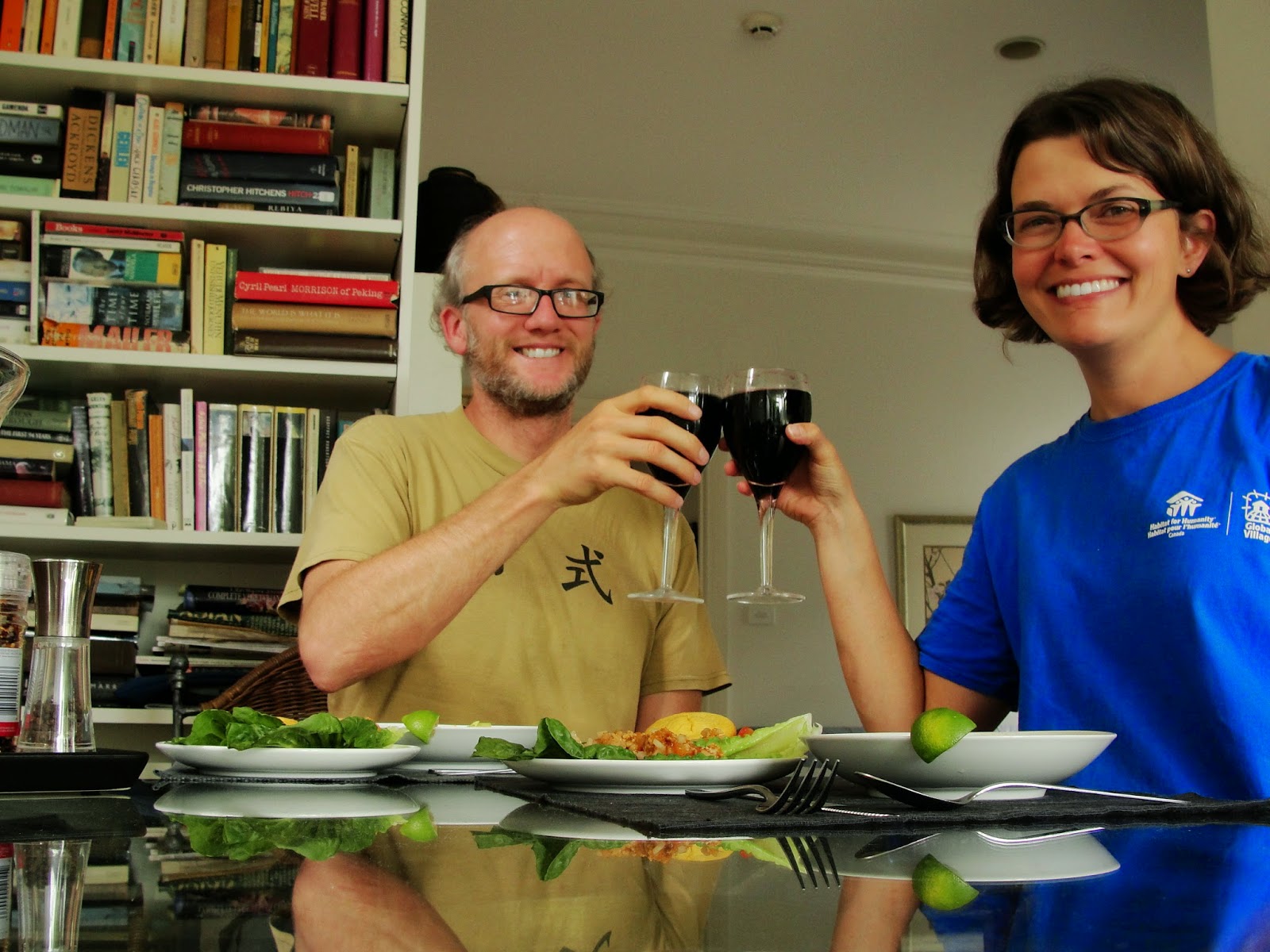