Crazy Bus #2, also known as the scenic ride to Nha Trang from Buôn Ma Thuột, trumped anything that touristy overpriced Nha Trang itself had to offer us. 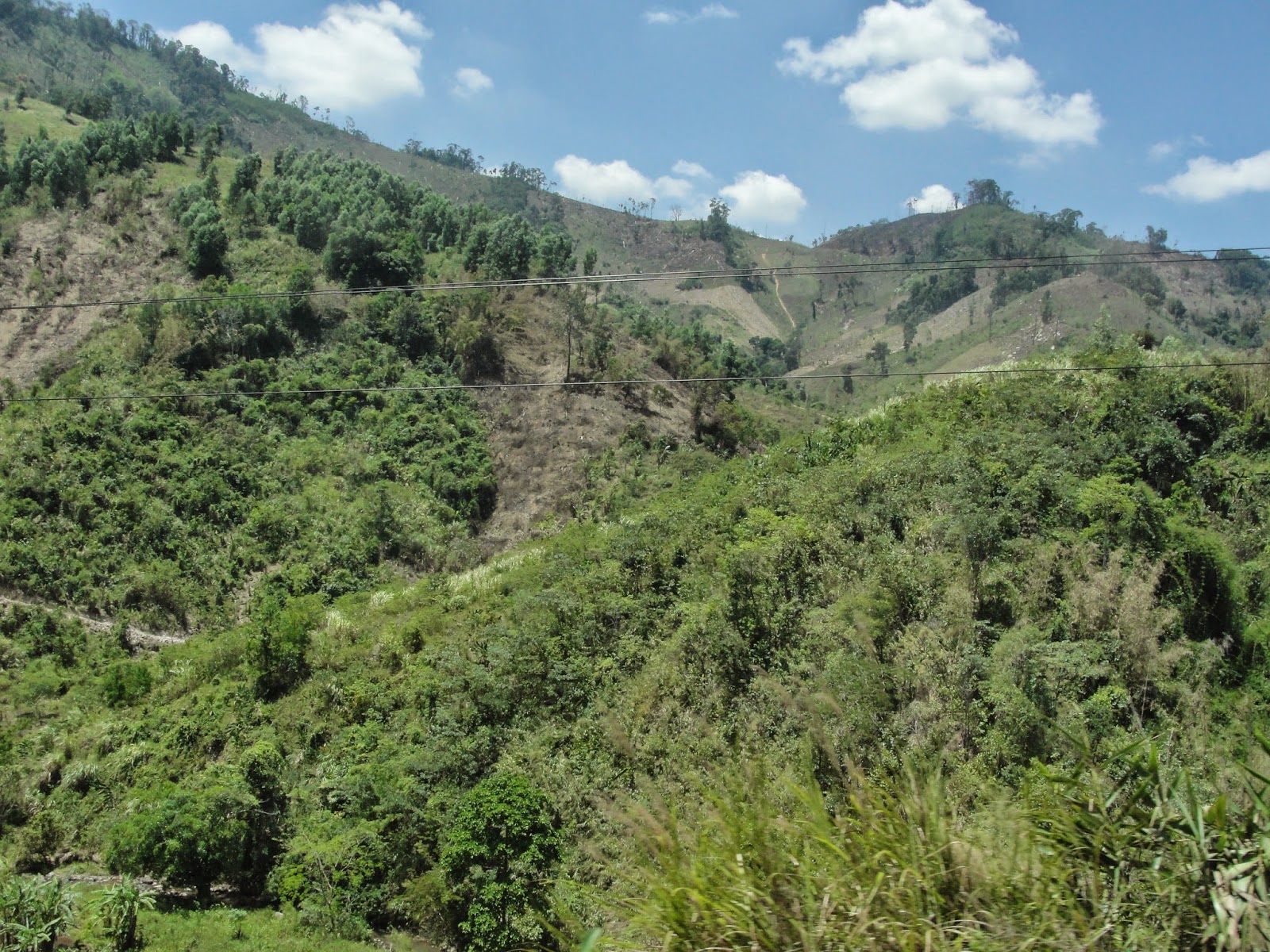 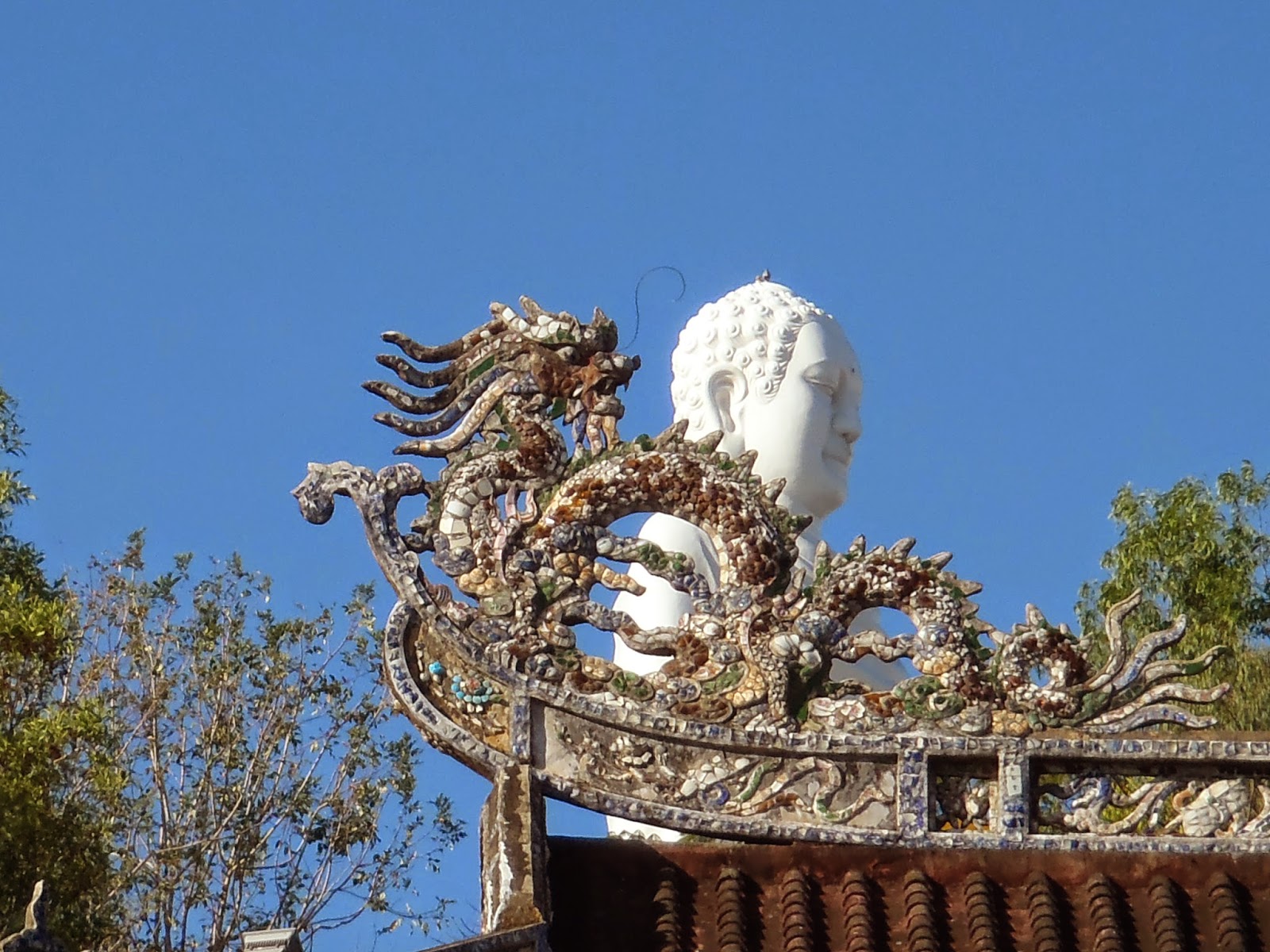 (OK, Nha Trang's Long Son pagoda was nice)
We stayed there a night and hopped on a bus to Quy Nhơn the next morning.
Crazy Bus #3 was the craziest yet. This one (a four-bench Mercedez Sprinter minivan) featured about 12 passengers at any given time, packages shoved everywhere, and the driver barreling up the coast playing chicken with oncoming traffic the whole way and occasionally slowing down enough to drop off a passenger or package. 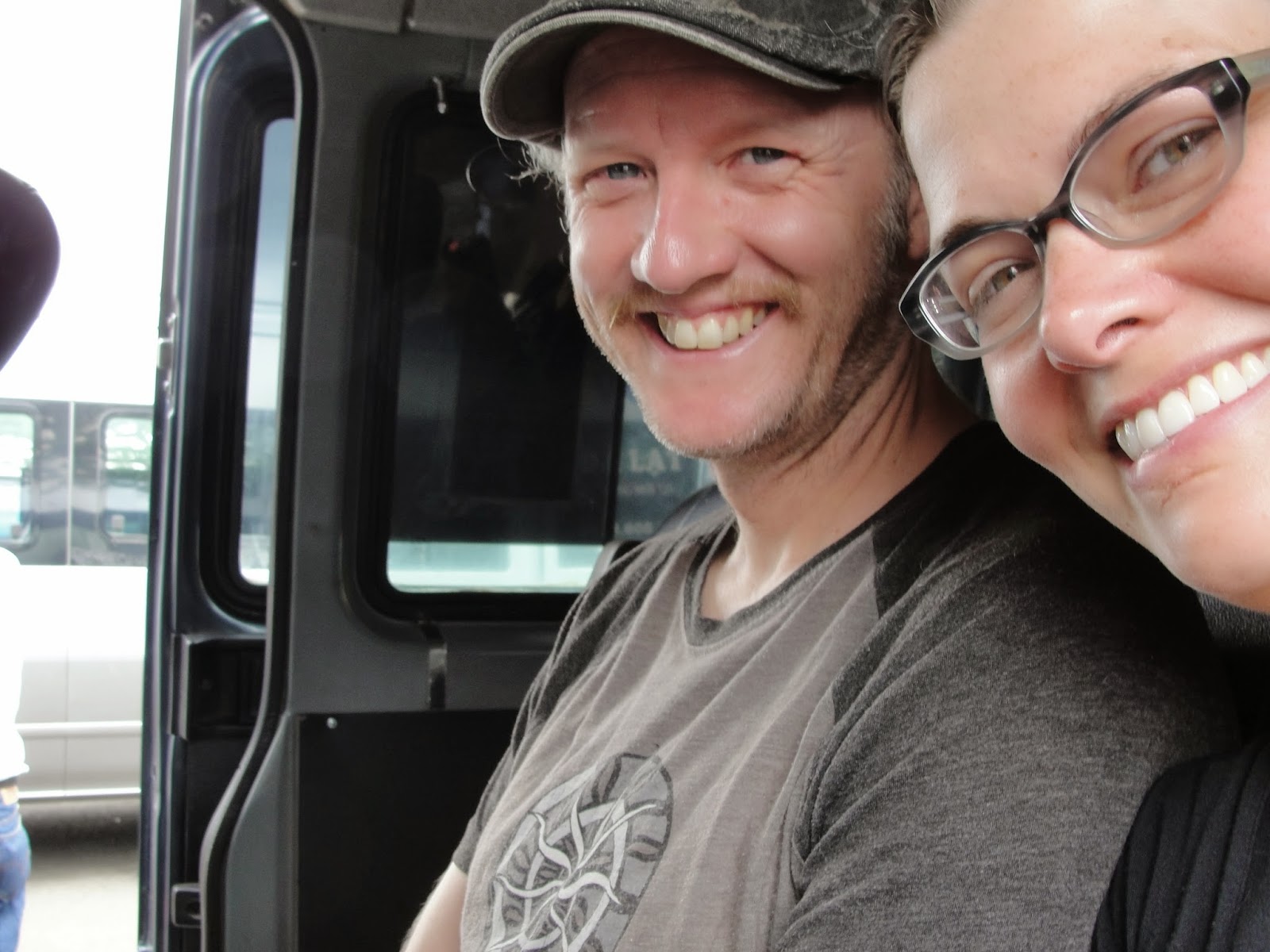 pre-departure, obviously -
you wouldn't have wanted to see us post-arrival
Good times! At least there were no actual chickens on the bus. (That'll be South America's adventure.)
Quy Nhơn was pretty calm in comparison to everywhere else we'd been. It's a university town so there were lots of youth, especially in the evenings on the beach... 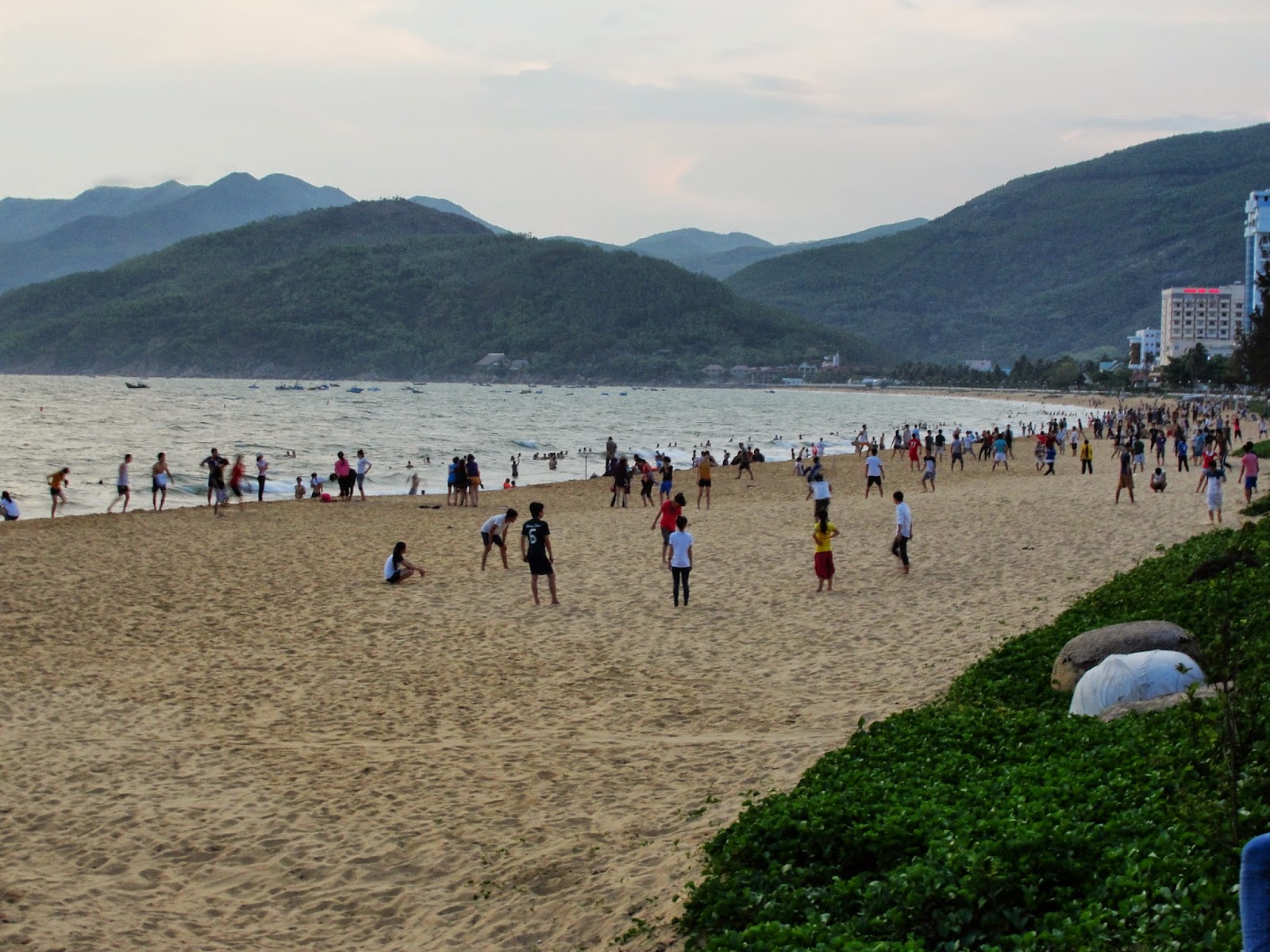 beach volleying is very popular
(they don't bother with nets)
Motorbikes still ruled the road in Quy Nhơn but there were far fewer of them, and hardly any horns around town - unusual!
White faces were somewhat rare and we got some stares here too, less than Buôn Ma Thuột though. Kids still waved and said "hello" everywhere we went and one night at the beach some university students stopped to talk with us and practice their English.
One day we ventured to Tháp Bánh Ít and Tháp Đôi, ancient Cham towers in the area that date back to the 11th century. (Rusty Compass gives an interesting summary of Quy Nhơn overall and the Cham presence in the area if you'd like to know more.) 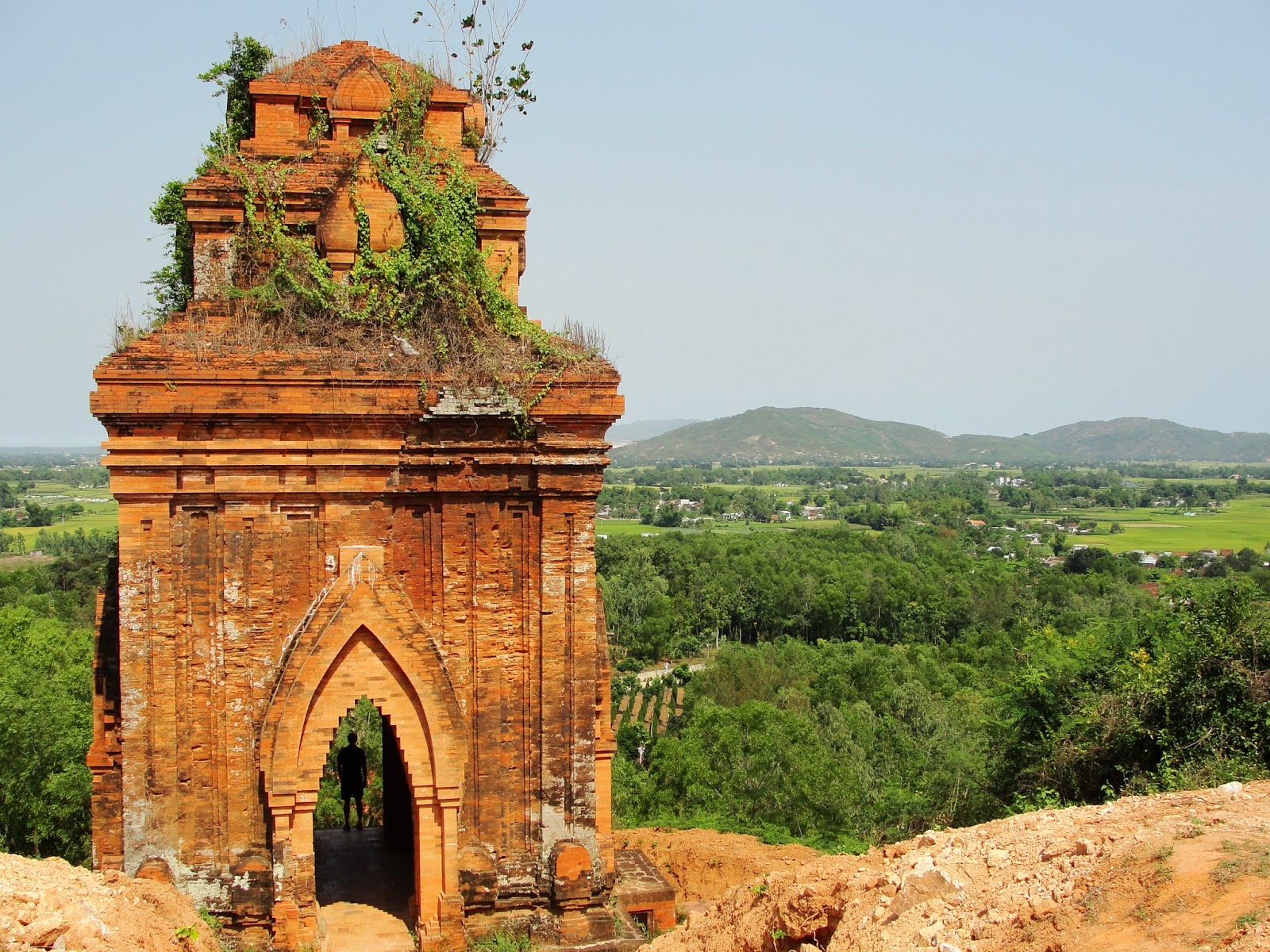 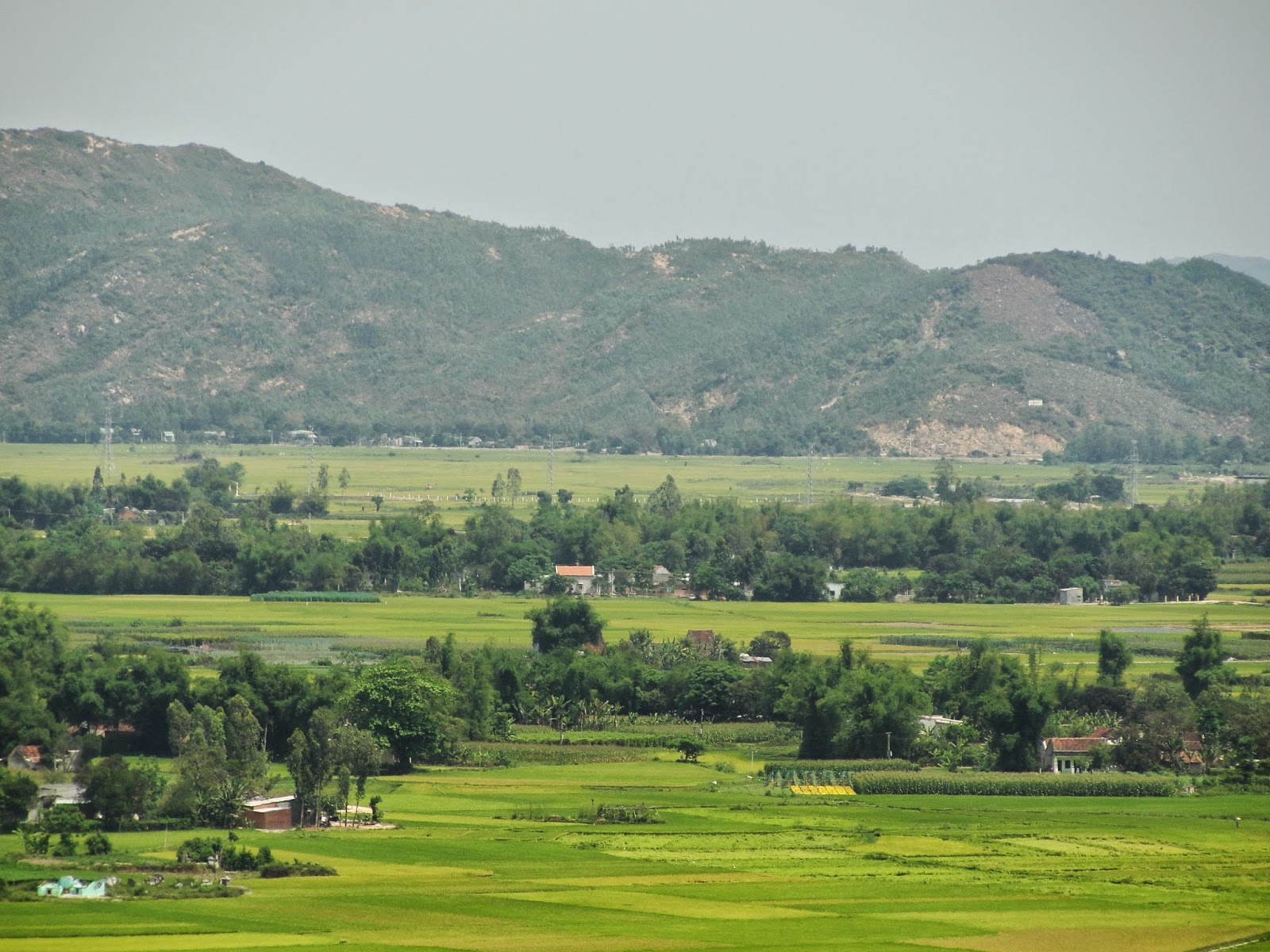 a better view of the view - Tháp Bánh Ít 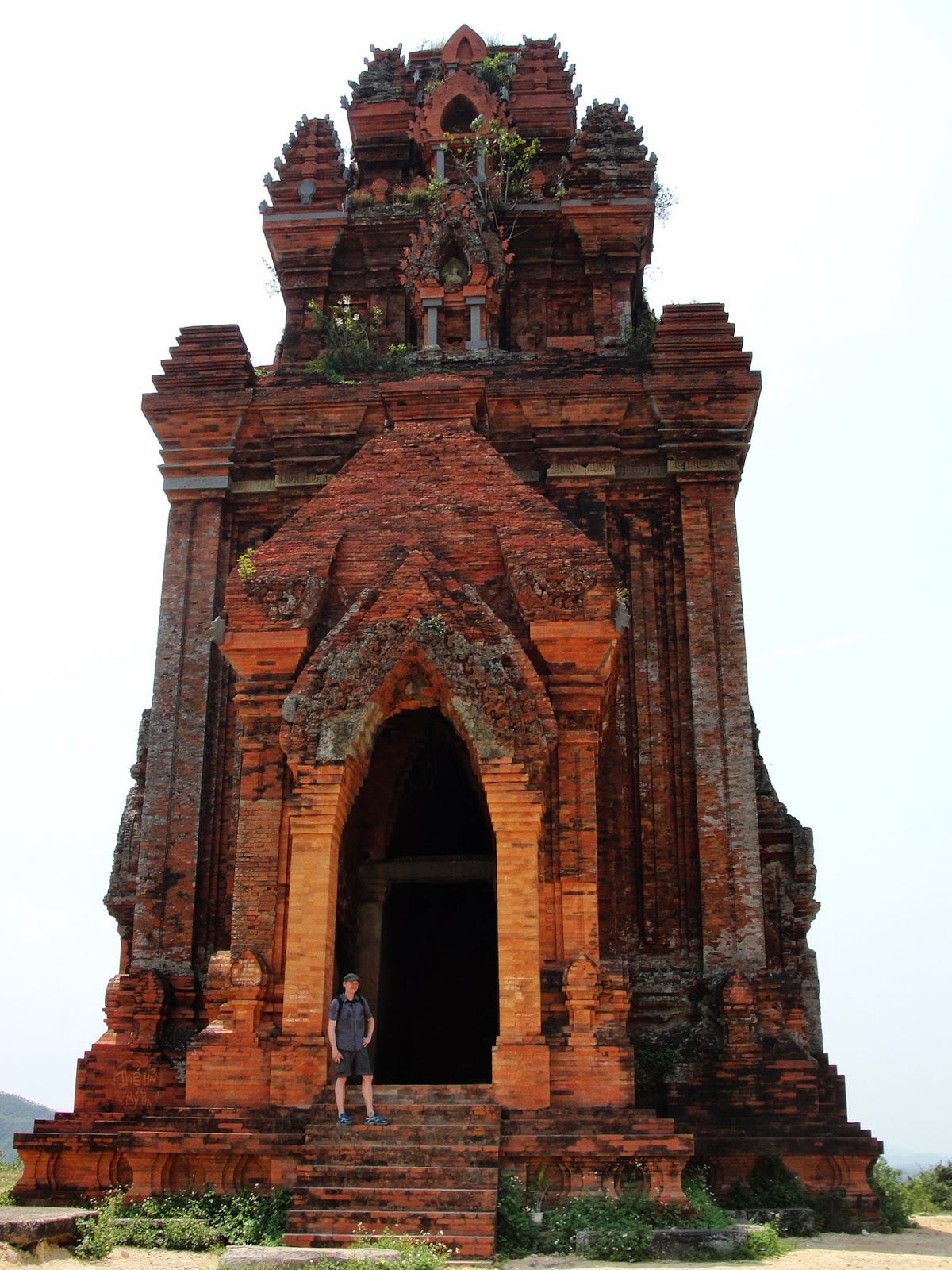 Tháp Đôi - restored but still impressive
And on our last day we visited the local cemetery. 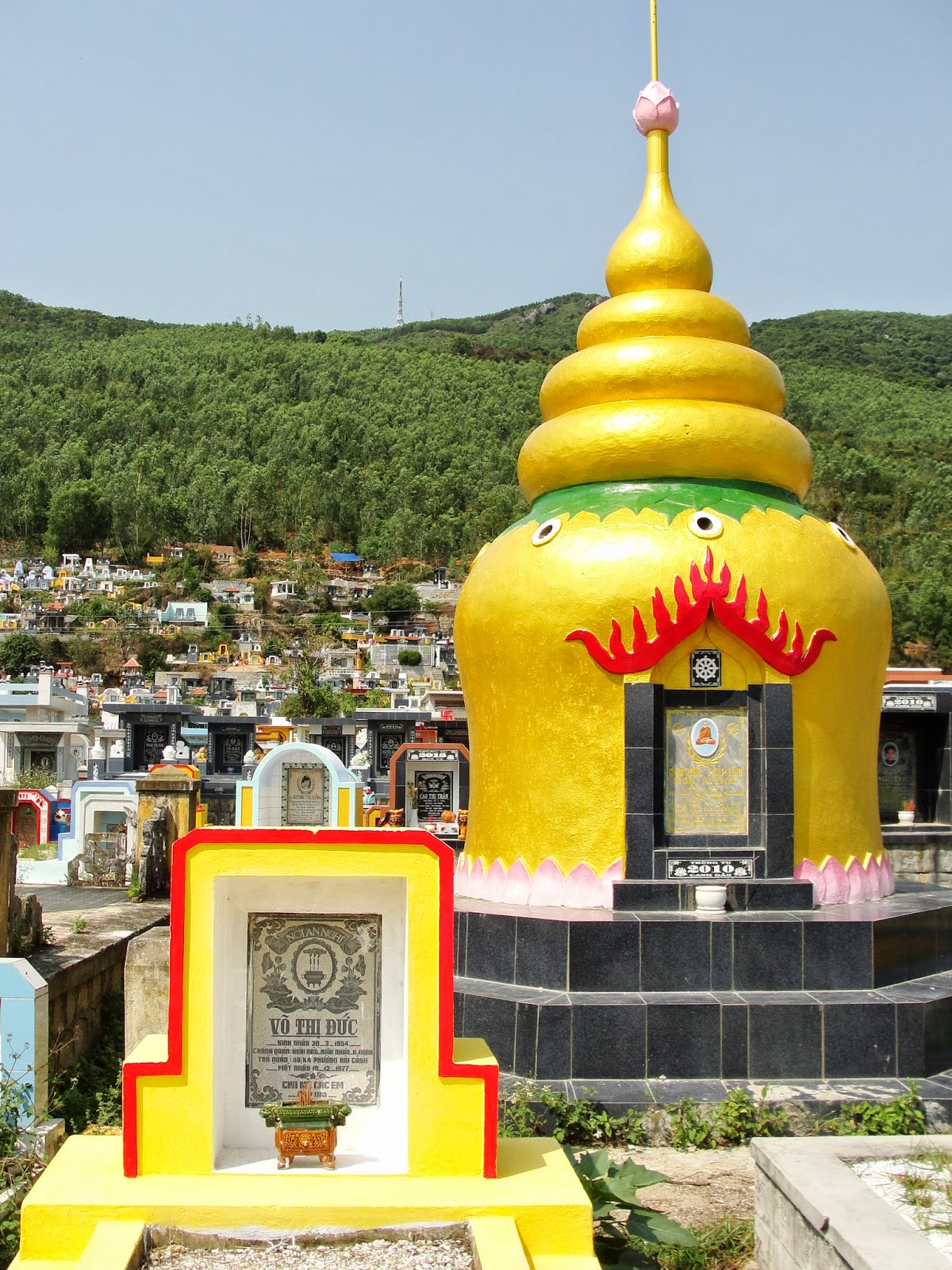 so colorful!
(there is a cemetery blog post coming soon)
Otherwise we mostly walked around town and sat by the beach. 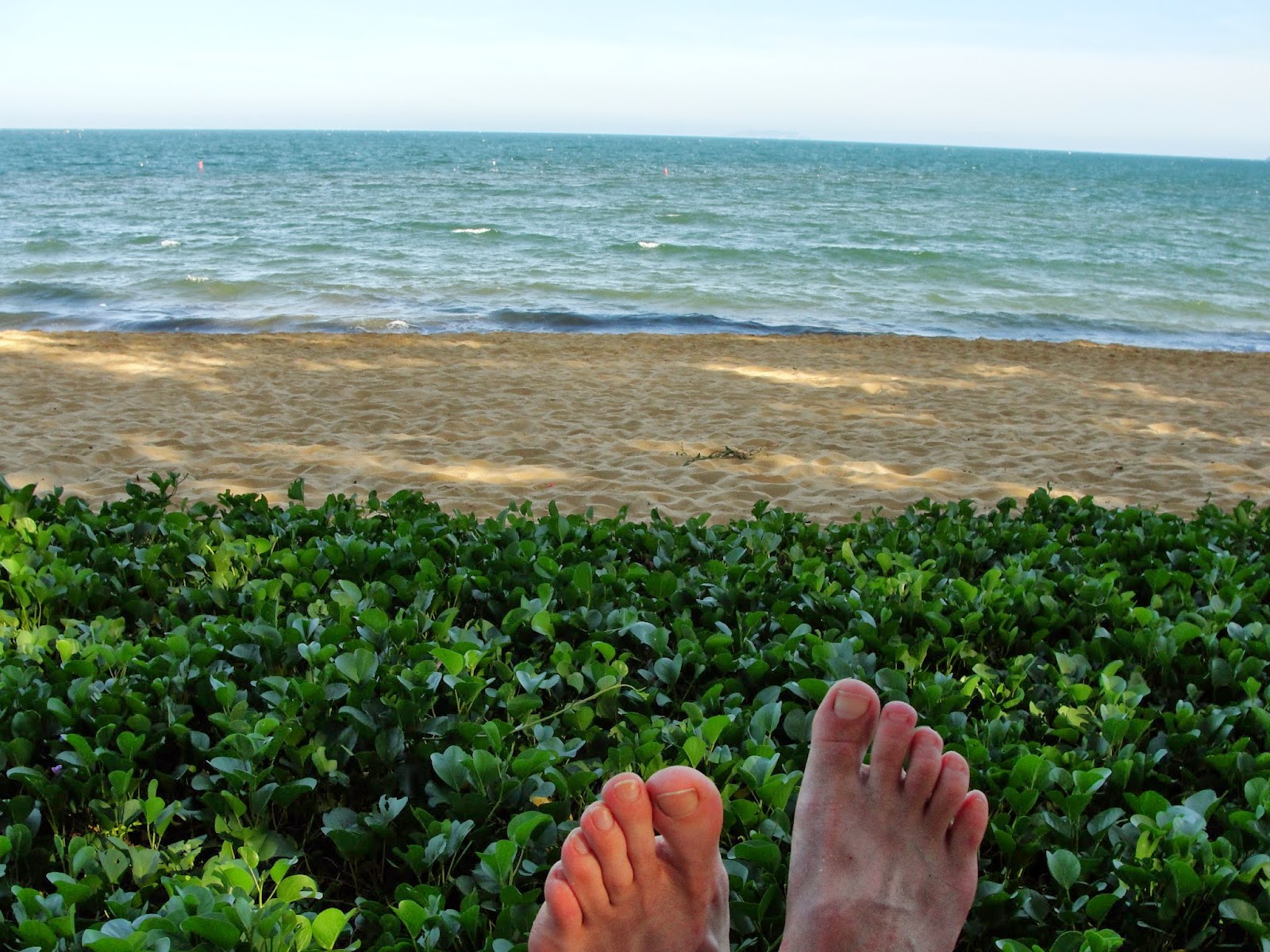 where every hour is happy hour 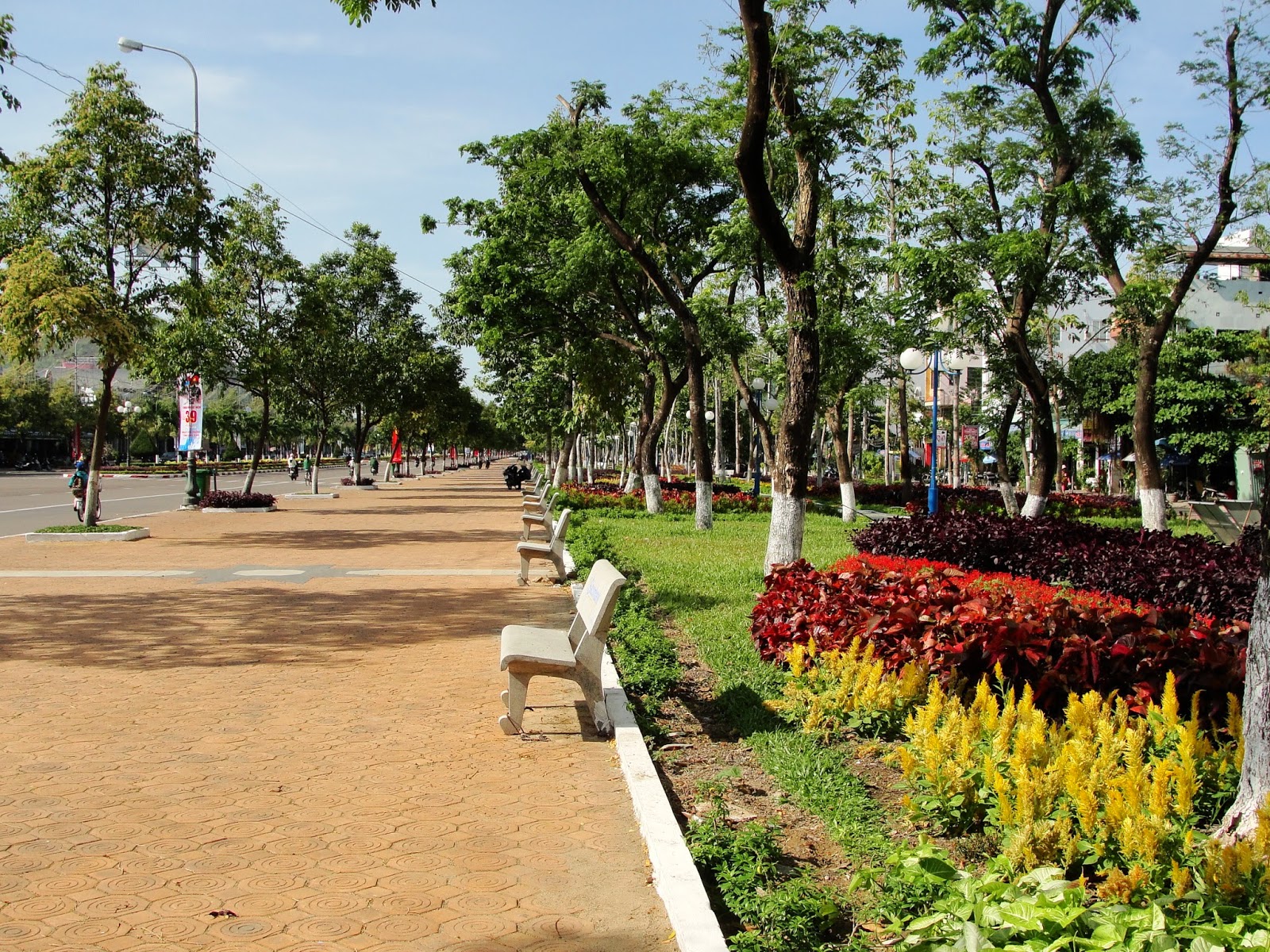 the main strip
The town's central market was the first we visited that wasn't geared toward tourists so that was fun, and we found some wonderful green spaces and great vegetarian food. Yep. Quy Nhơn was a nice break.
Food notes: 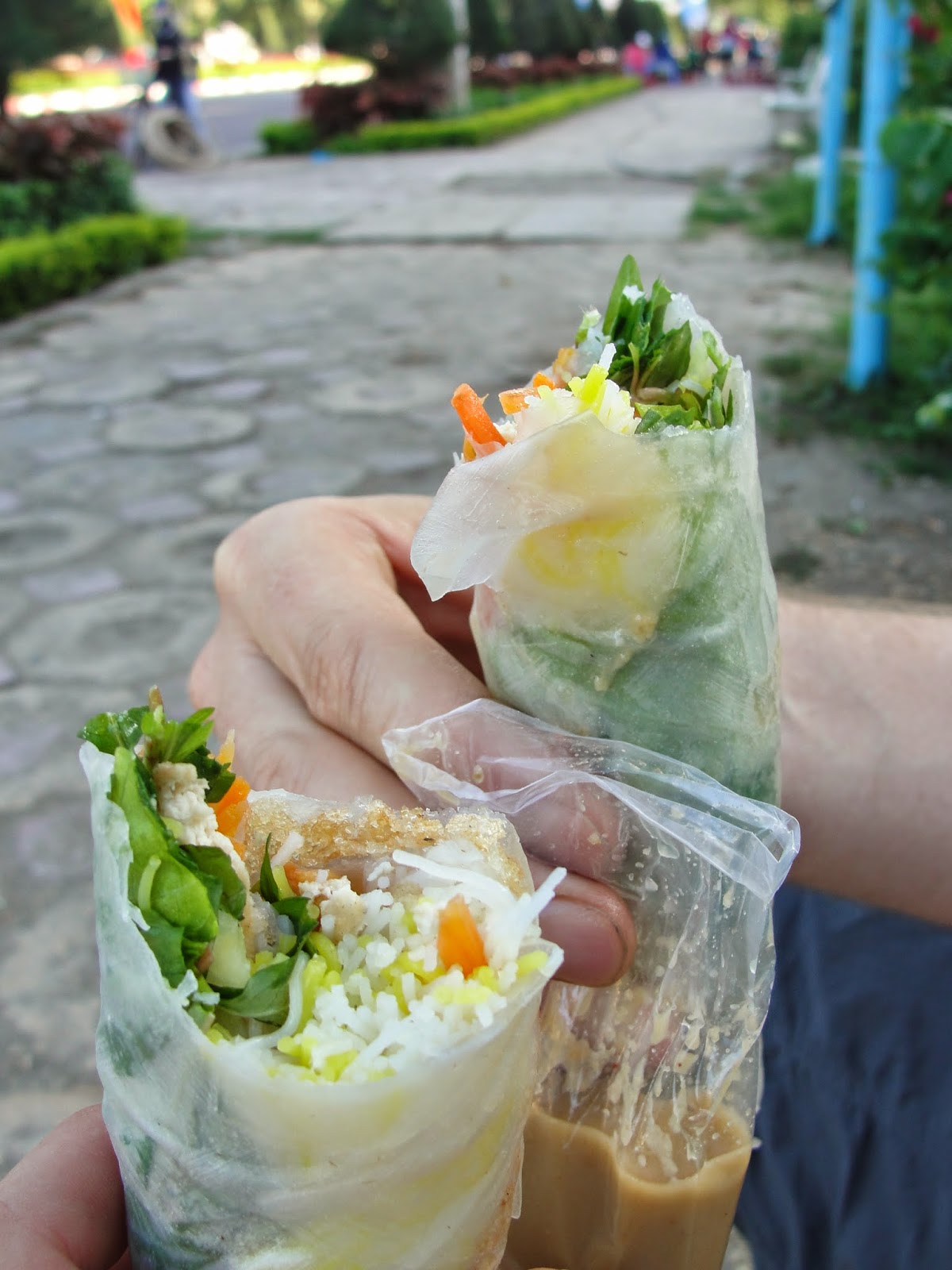 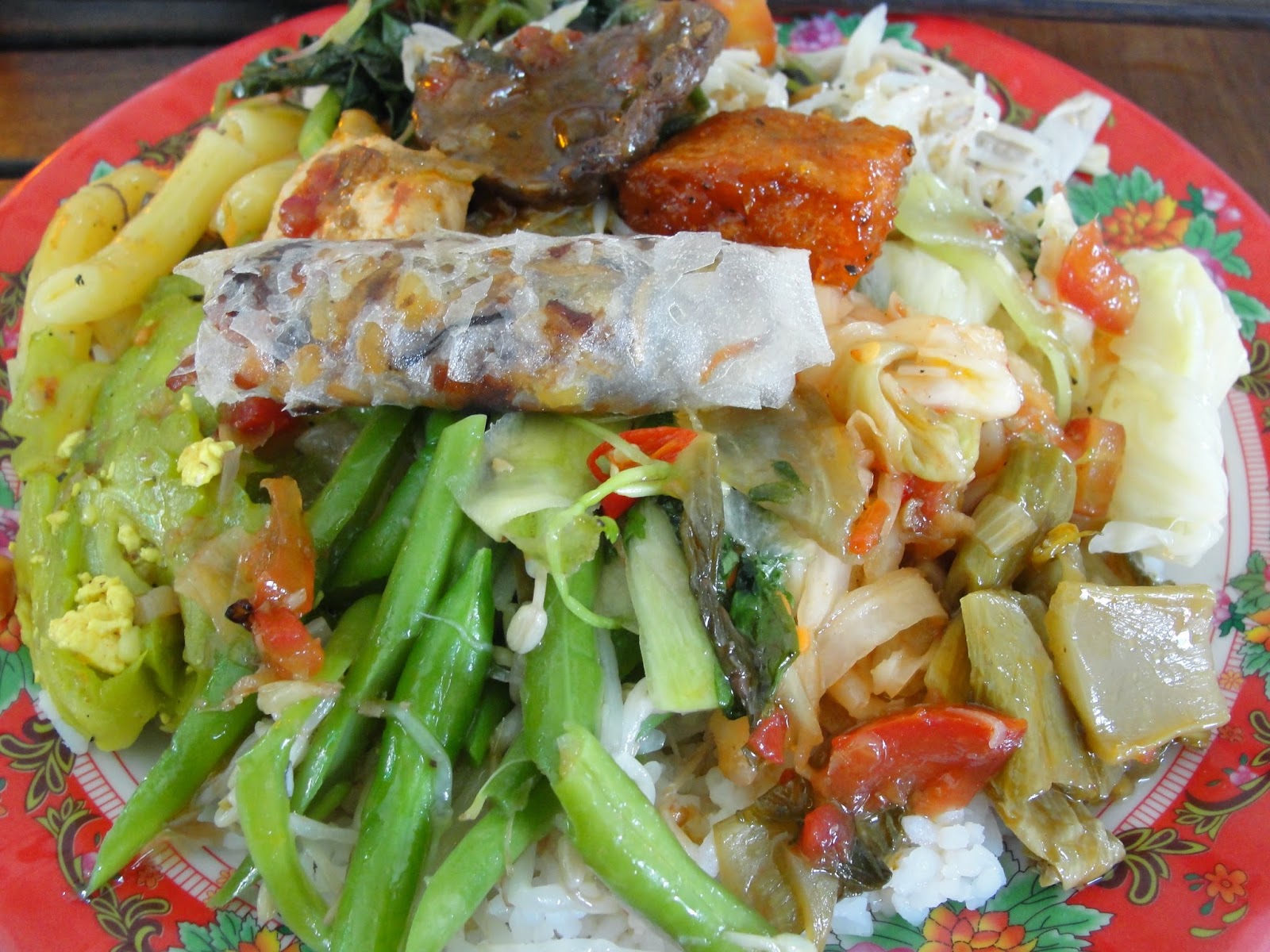 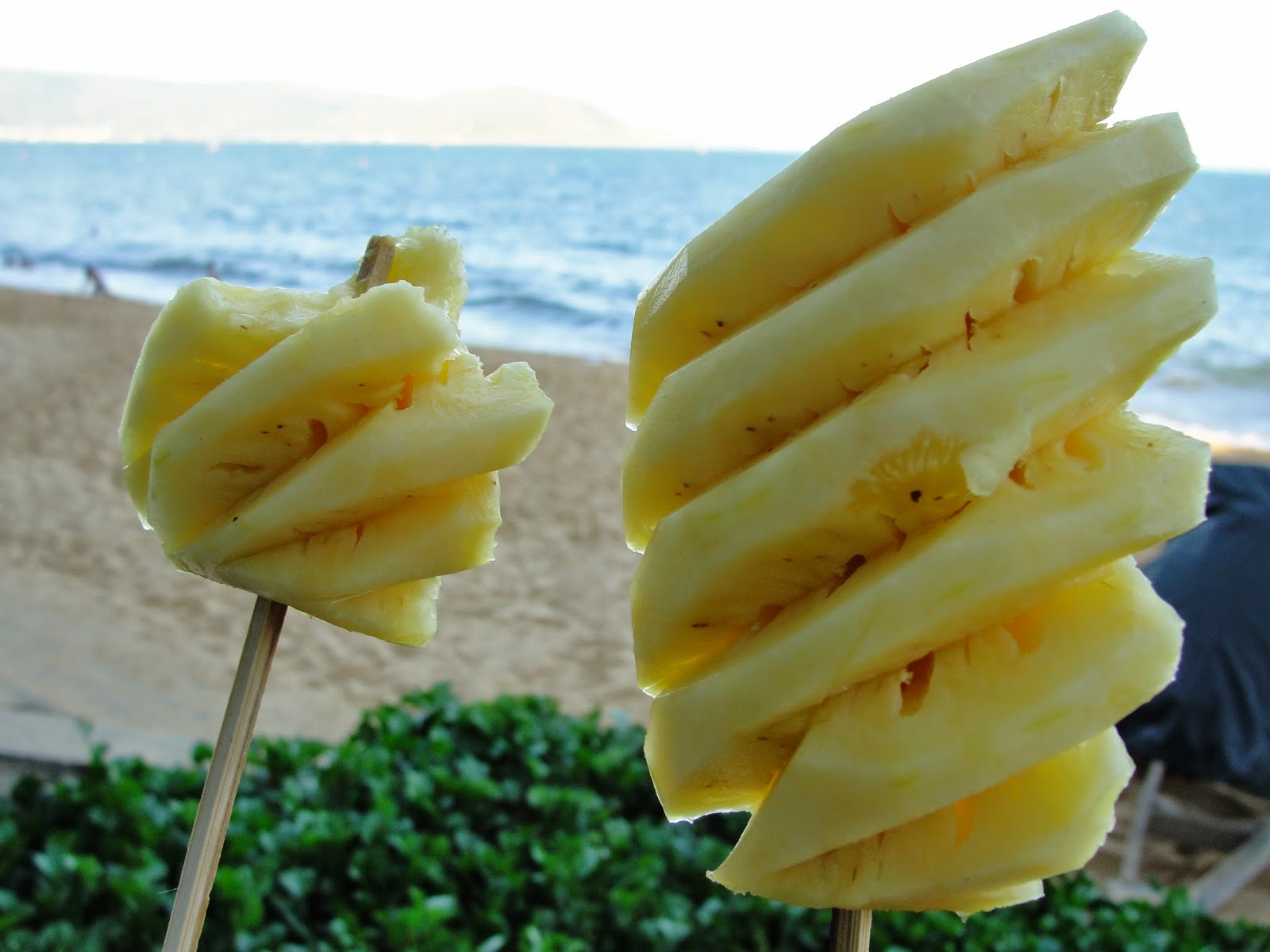 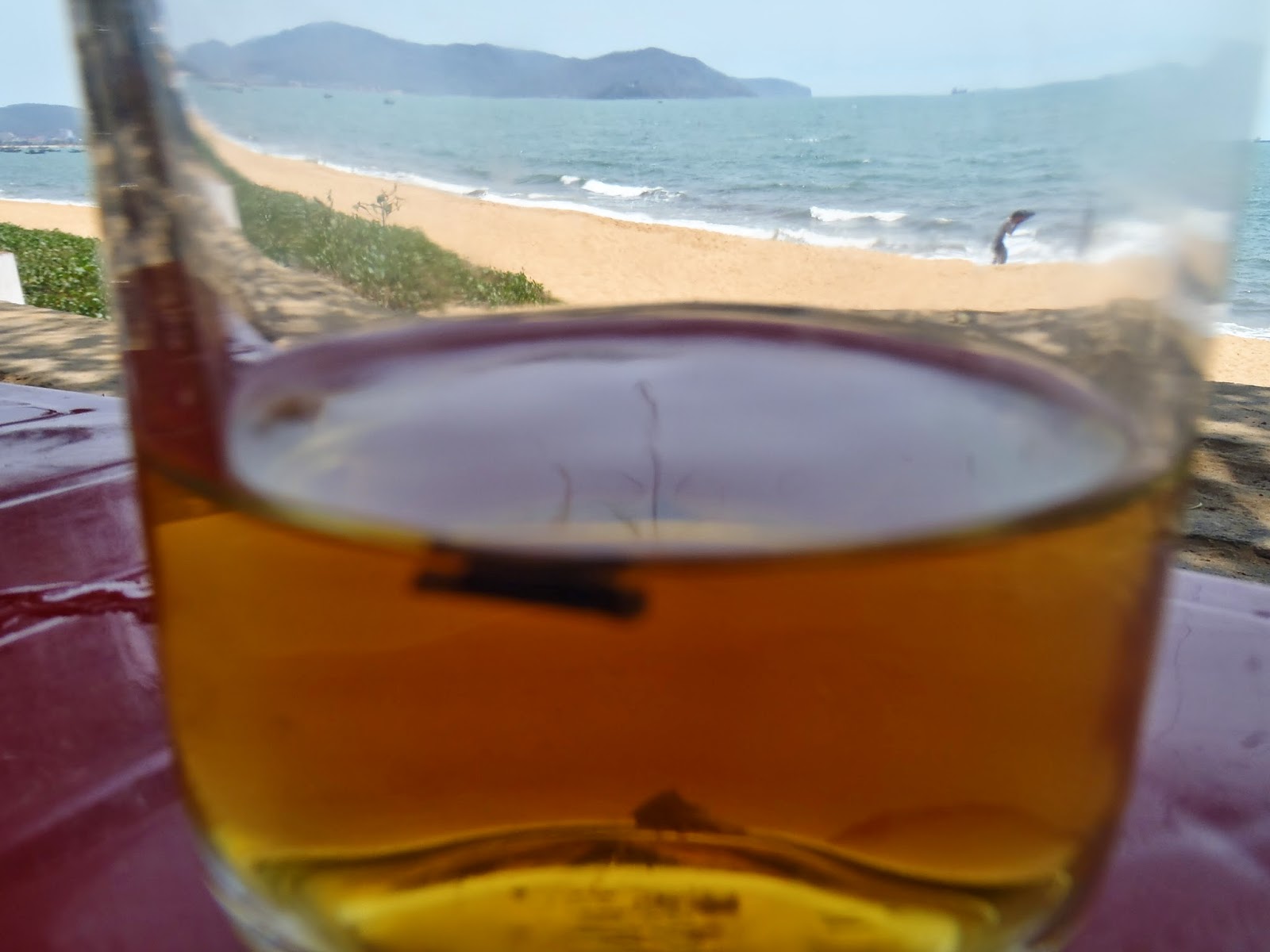 also but of course
(not pictured: coffee - they serve tea with their coffee) 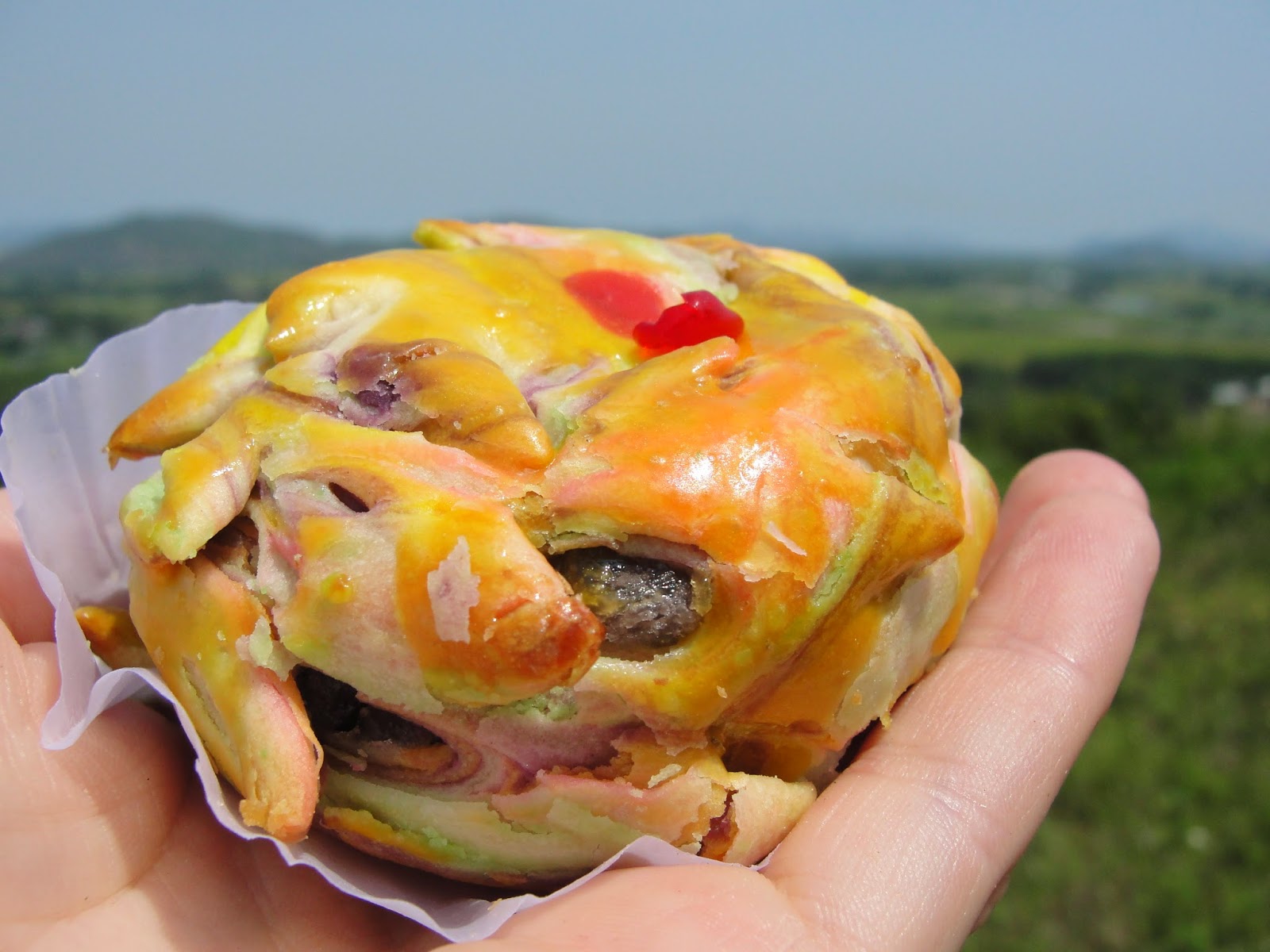 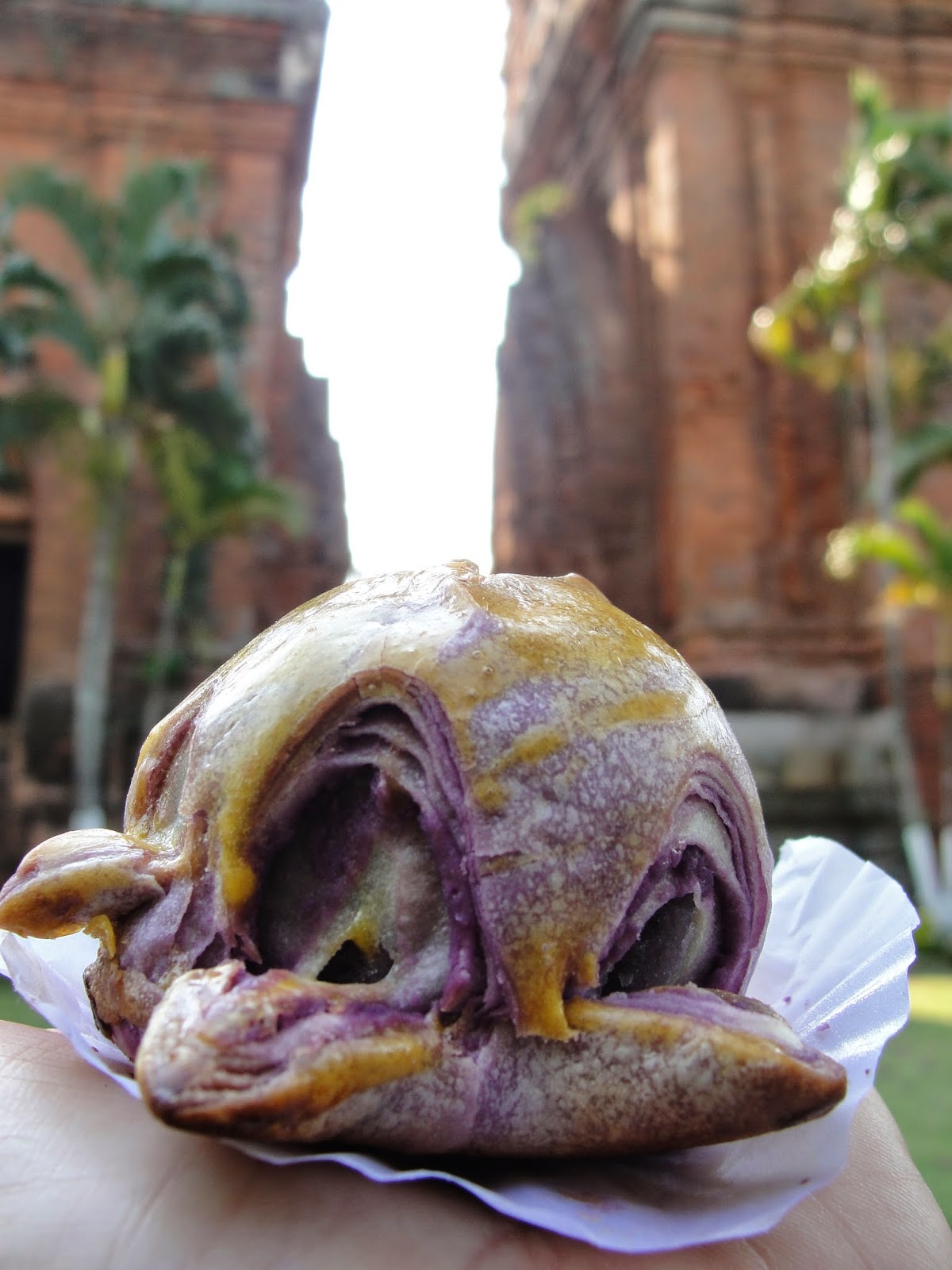 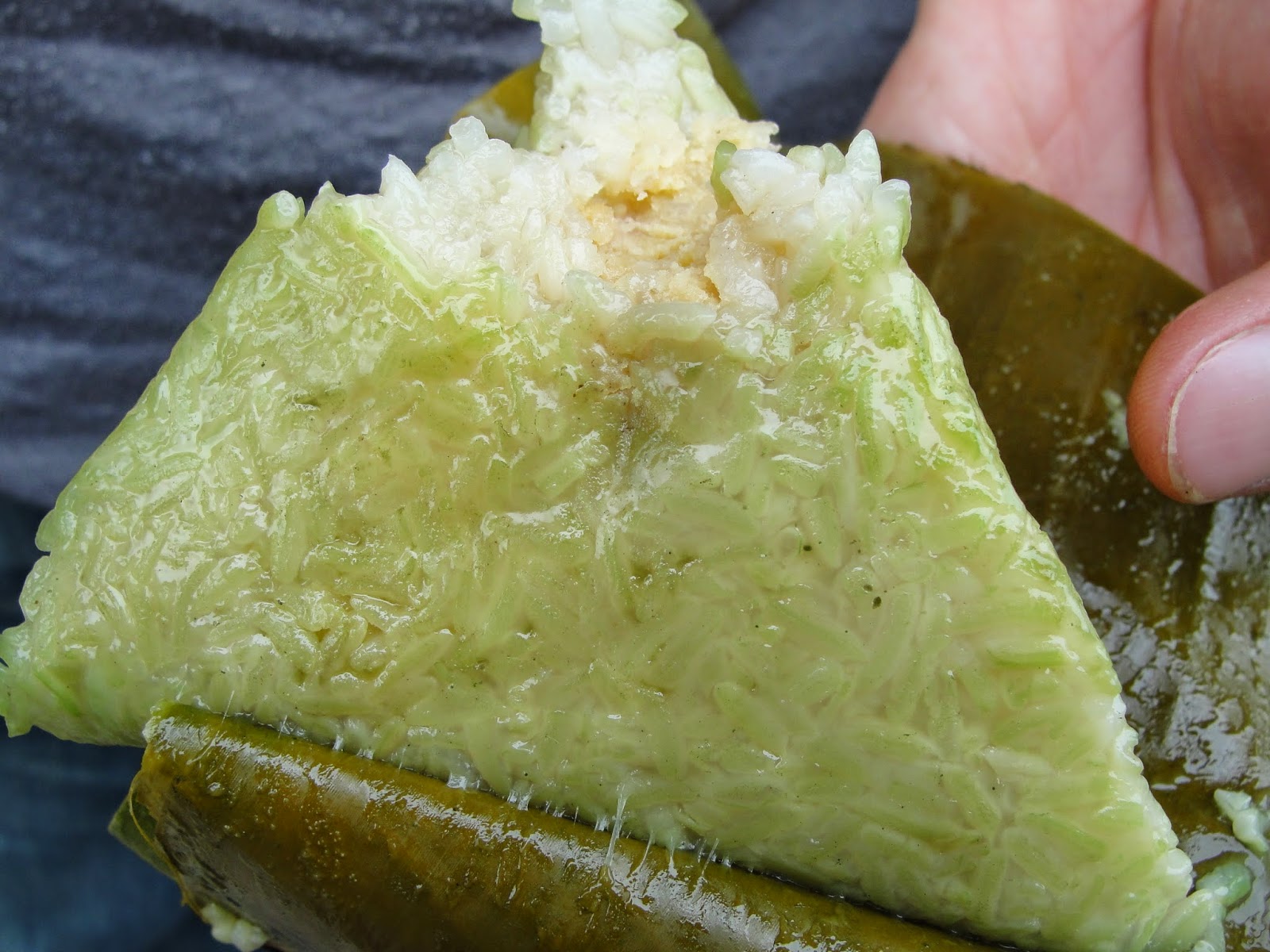 gummy yum
Lodging notes: we chose Hai Huong Hotel for the price and the balcony. Wise choice - the English-speaking kids who worked there were great and when they couldn't help us (like when we were confirming the bus to take to the towers), the mom stepped in to help and they translated. And we had a balcony! Four thumbs up!
Next up: scoping out Hội An for a second visit in a few weeks. But first, another crazy bus ride...
Posted by Slowly Global
Email ThisBlogThis!Share to TwitterShare to FacebookShare to Pinterest
Labels: asia, vietnam