Every-day-is-Friday five: Our Cat Ba Island vacation from our vacation.

We ended up with more time to spare than we anticipated so after Sapa we spent a week on Cat Ba Island. Another week in one place! Heaven.

Most people spend just a day or two on the island - it's pretty small - but we completely enjoyed our seven days. Here are five things that filled our time, in no particular order...

1. We kayaked around Lan Ha Bay. We booked seats on a junk boat taking a bunch of tourists to Halong Bay. The boat captain dropped us off at 9:00am at a small fisherman village in Lan Ha, said "see you around 3:30pm!", and boated off with the rest of the passengers. (Ummmm... okay!)

The fisherman gave us a kayak and paddle - no life jacket, no spray skirt, no kayak tutorial that you always get no matter how many times you've kayaked - and pointed us in the general direction of a mystery beach.  "Come back at noon."  (Ummmm... okay!) 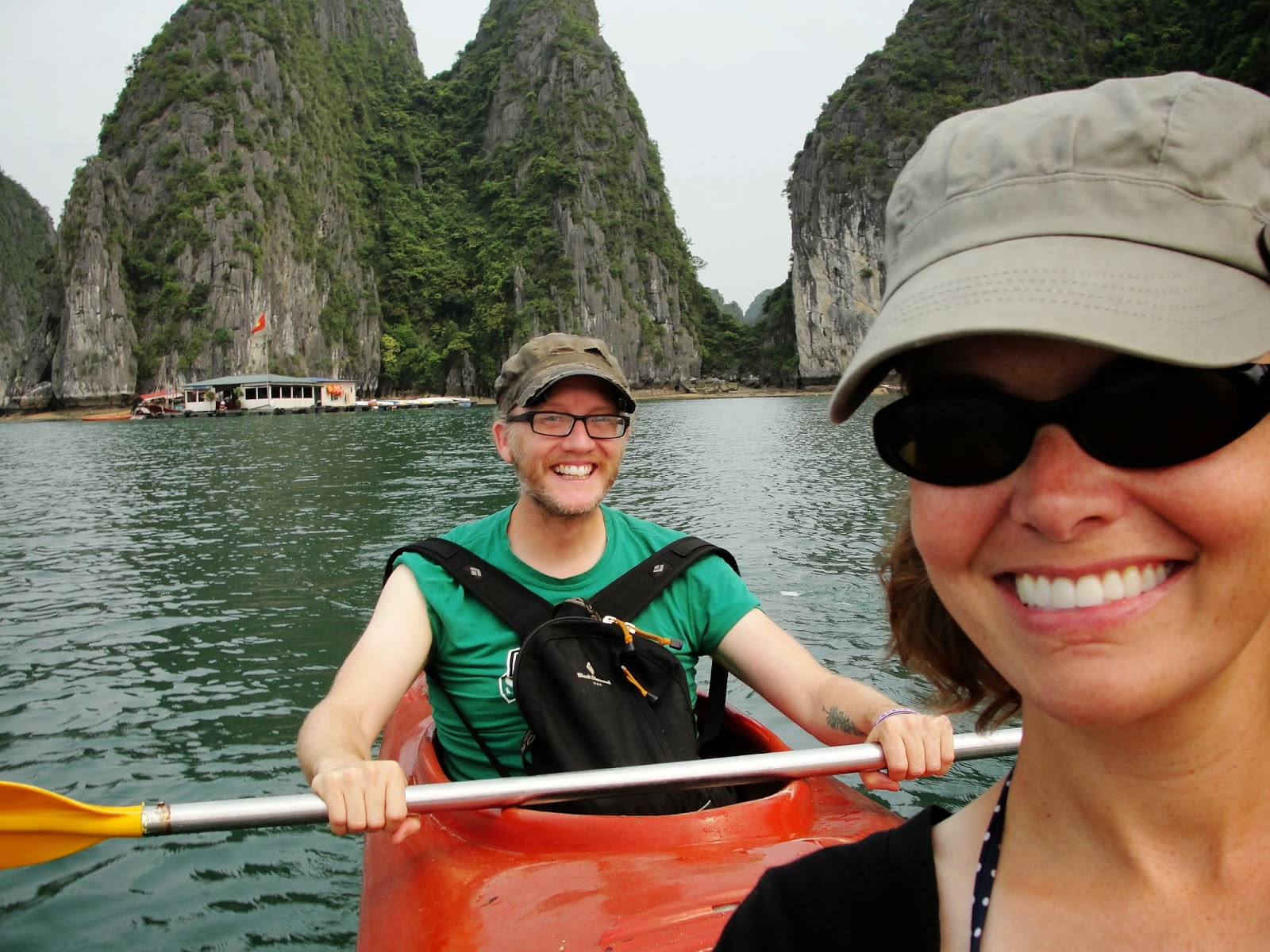 we kayaked on our own for three hours 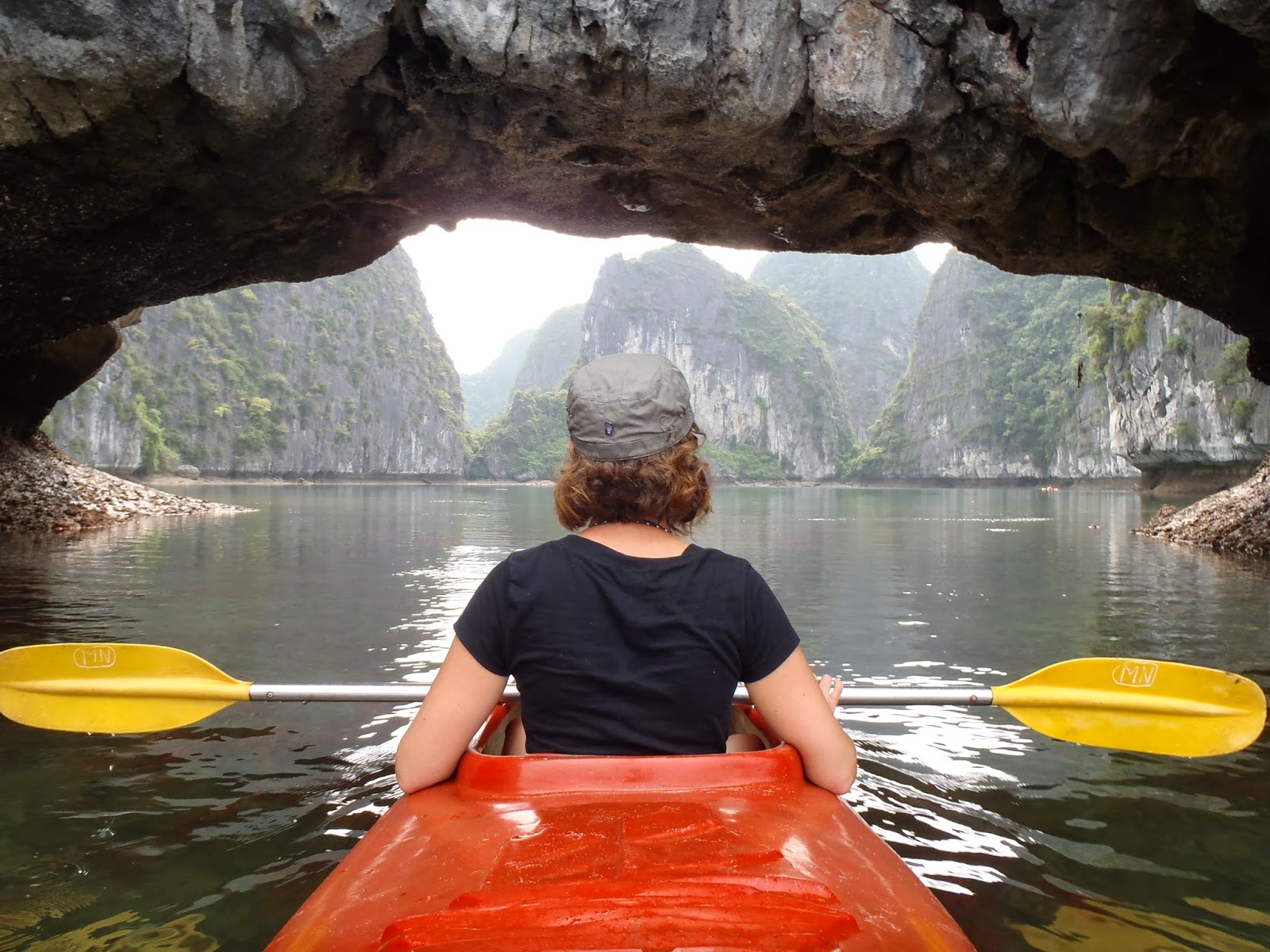 we didn't find the beach
but we found a cove... 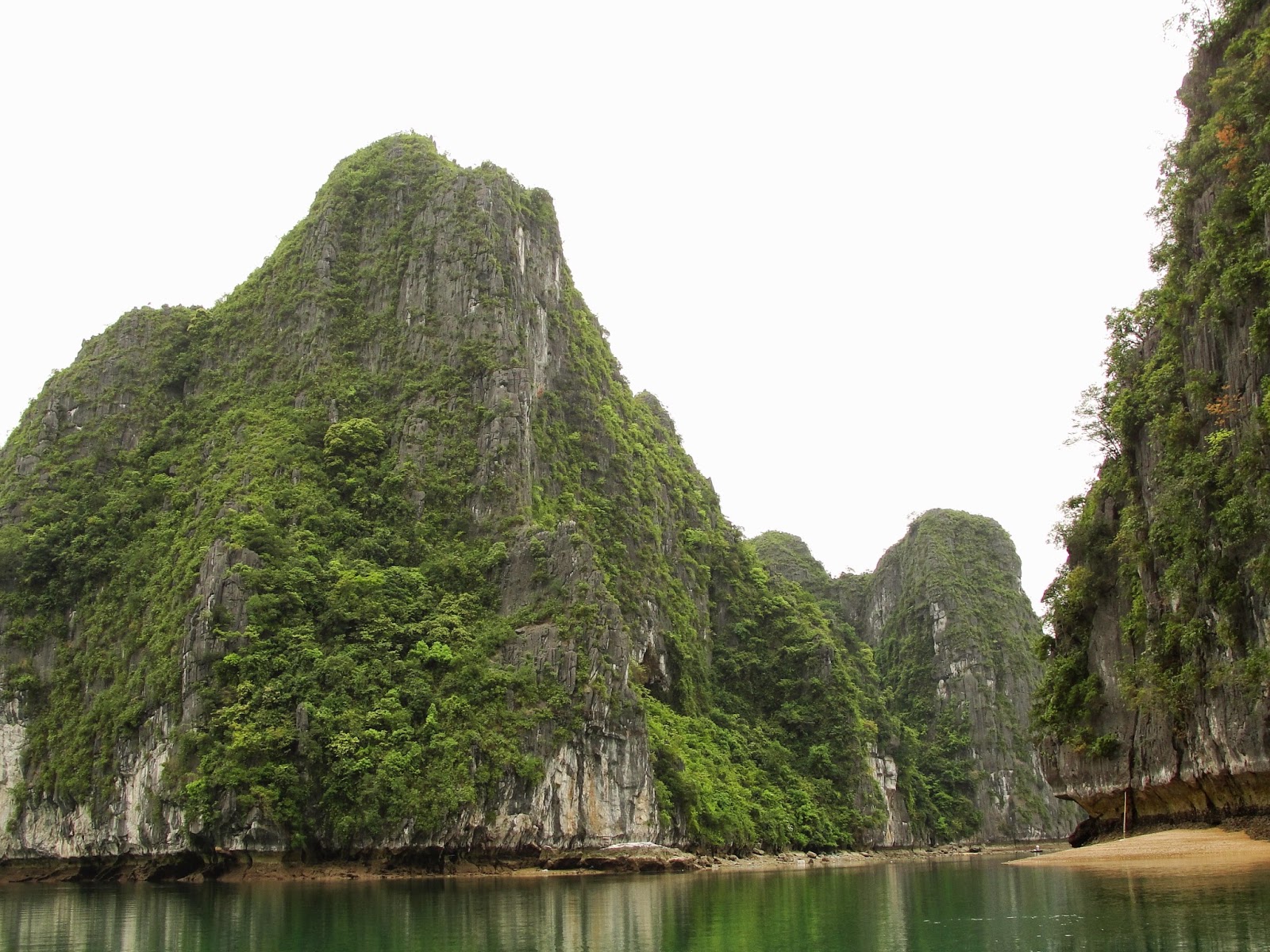 we wandered among the karsts 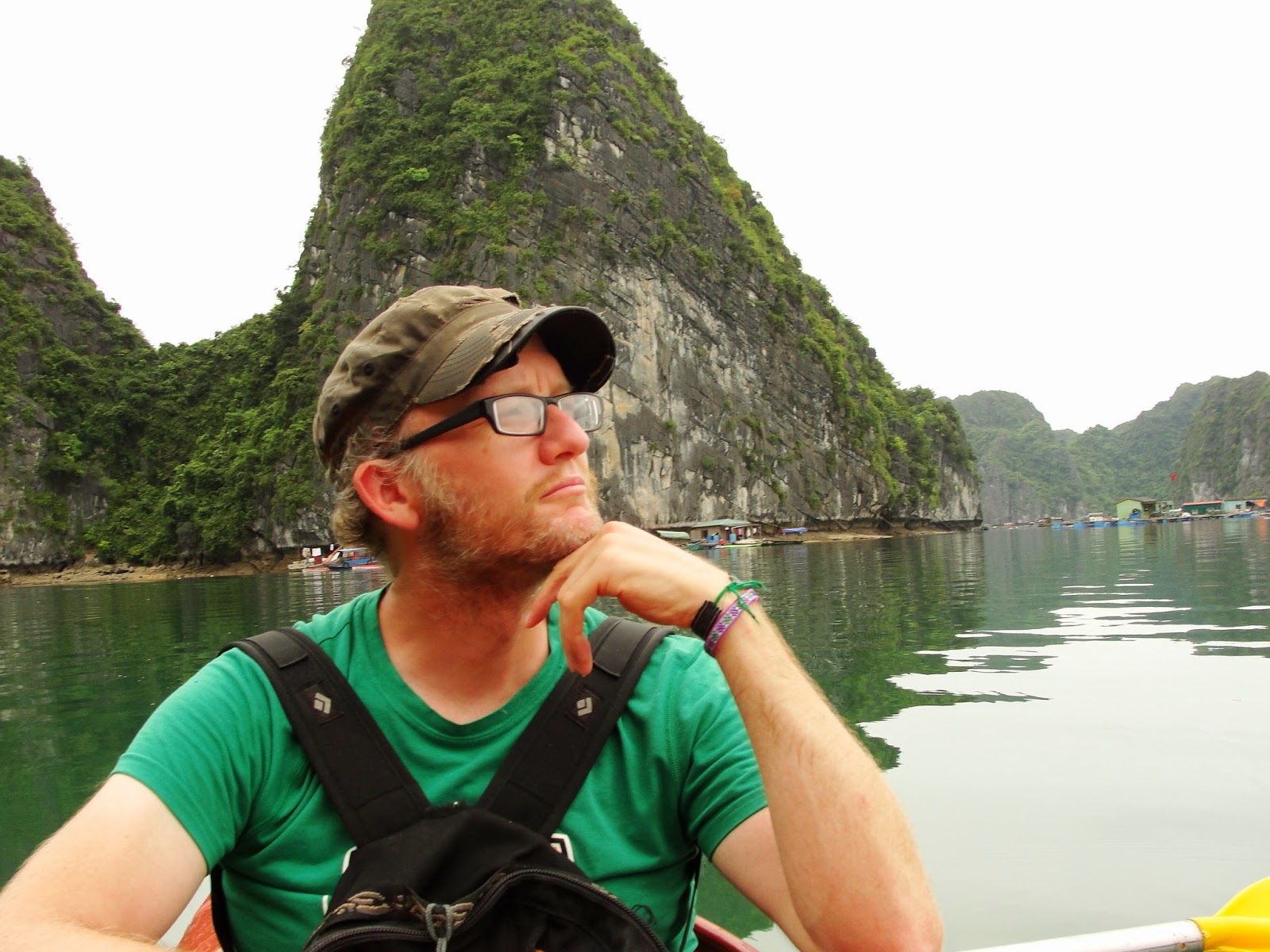 and sat some more

Then we enjoyed a delicious lunch with more food than we'd seen in one sitting in weeks, and sat on the fisherman's floating house watching tour buses roll in and out for a few hours until our boat picked us up again. 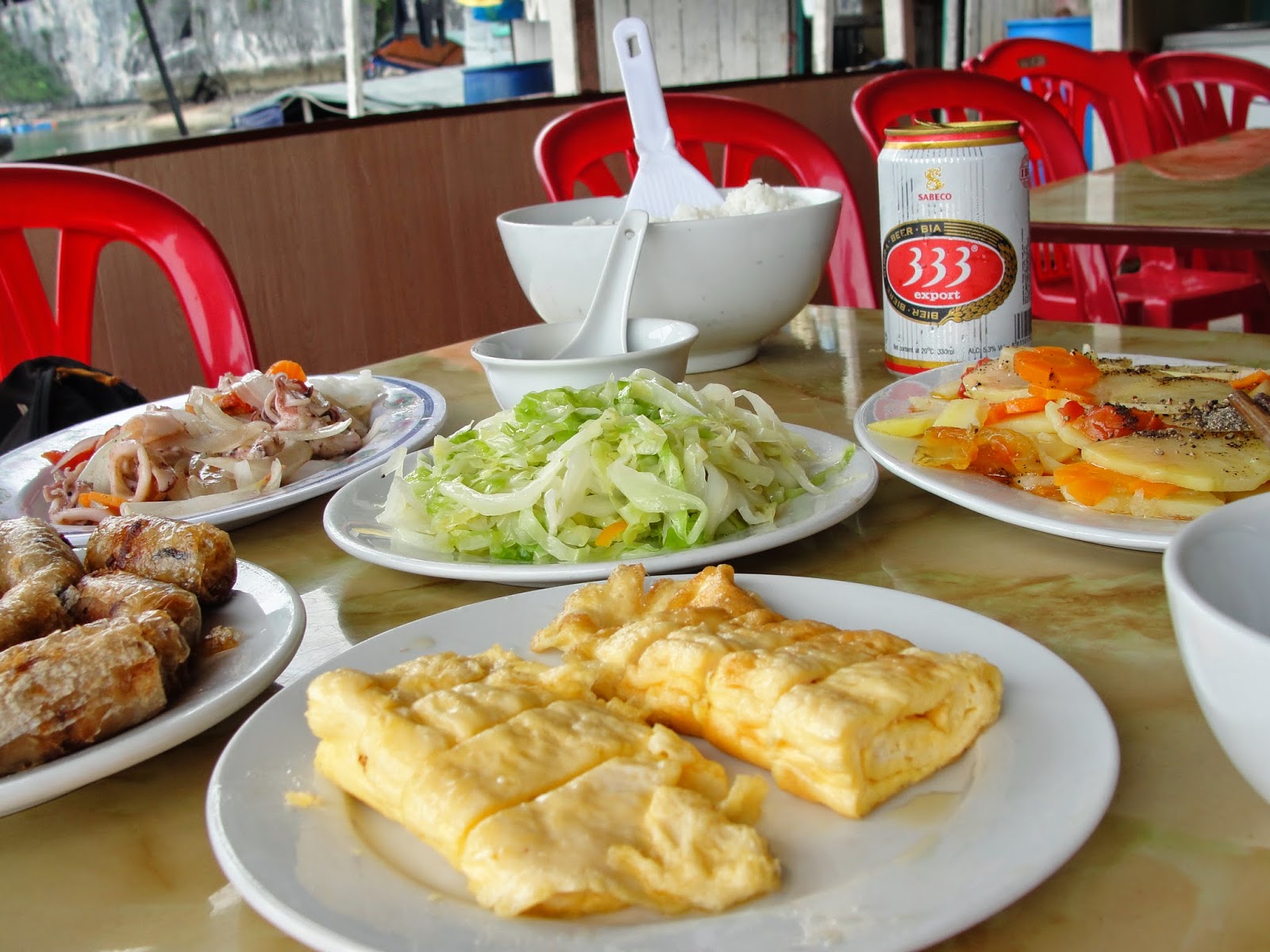 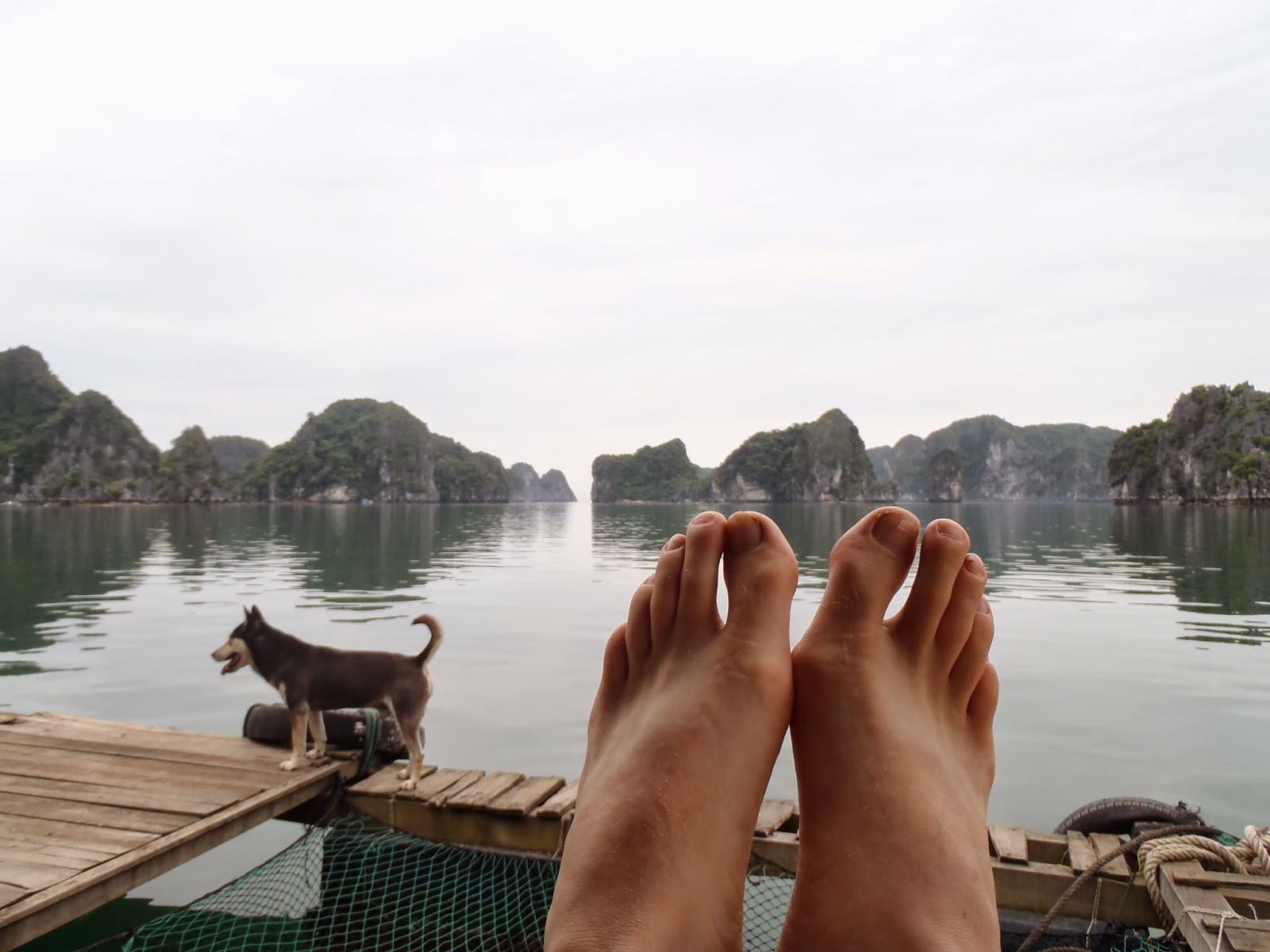 We considered joining an Asia Outdoors kayak trip later in the week but quickly decided we enjoyed our solo exploration very much and didn't need to pay a lot more money to go back out with a bunch of tourists. (We hope they had fun though.)

2. We rented a motorbike and explored the island. This included a visit to Hospital Cave, an important historical fixture of the island.  During the "American War" a concrete structure was built within a cavern and used as a hospital and military training facility.  It's been maintained pretty well and you can get a guide if you choose...  We're cave experts now so we opted to skip the guide. 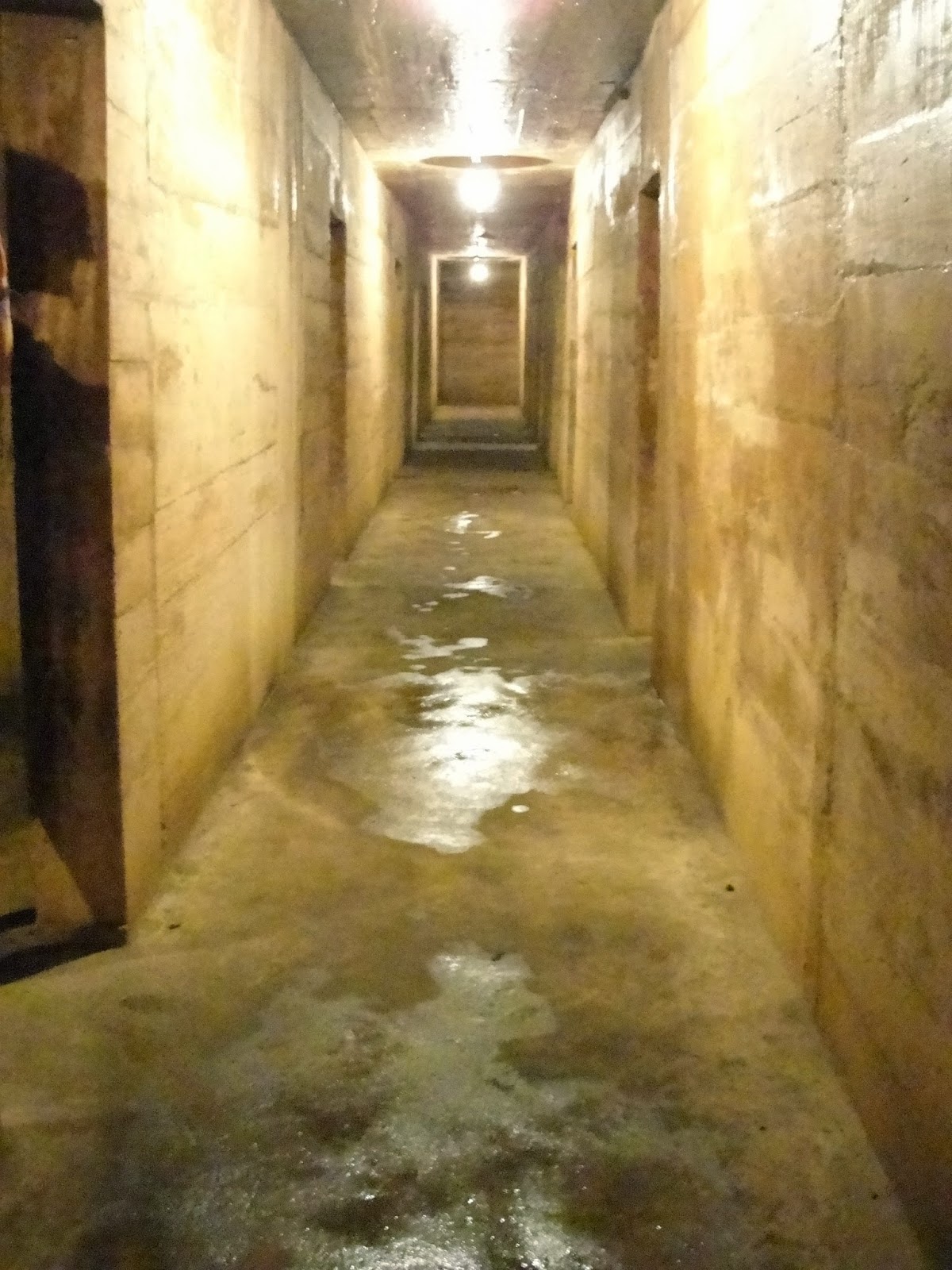 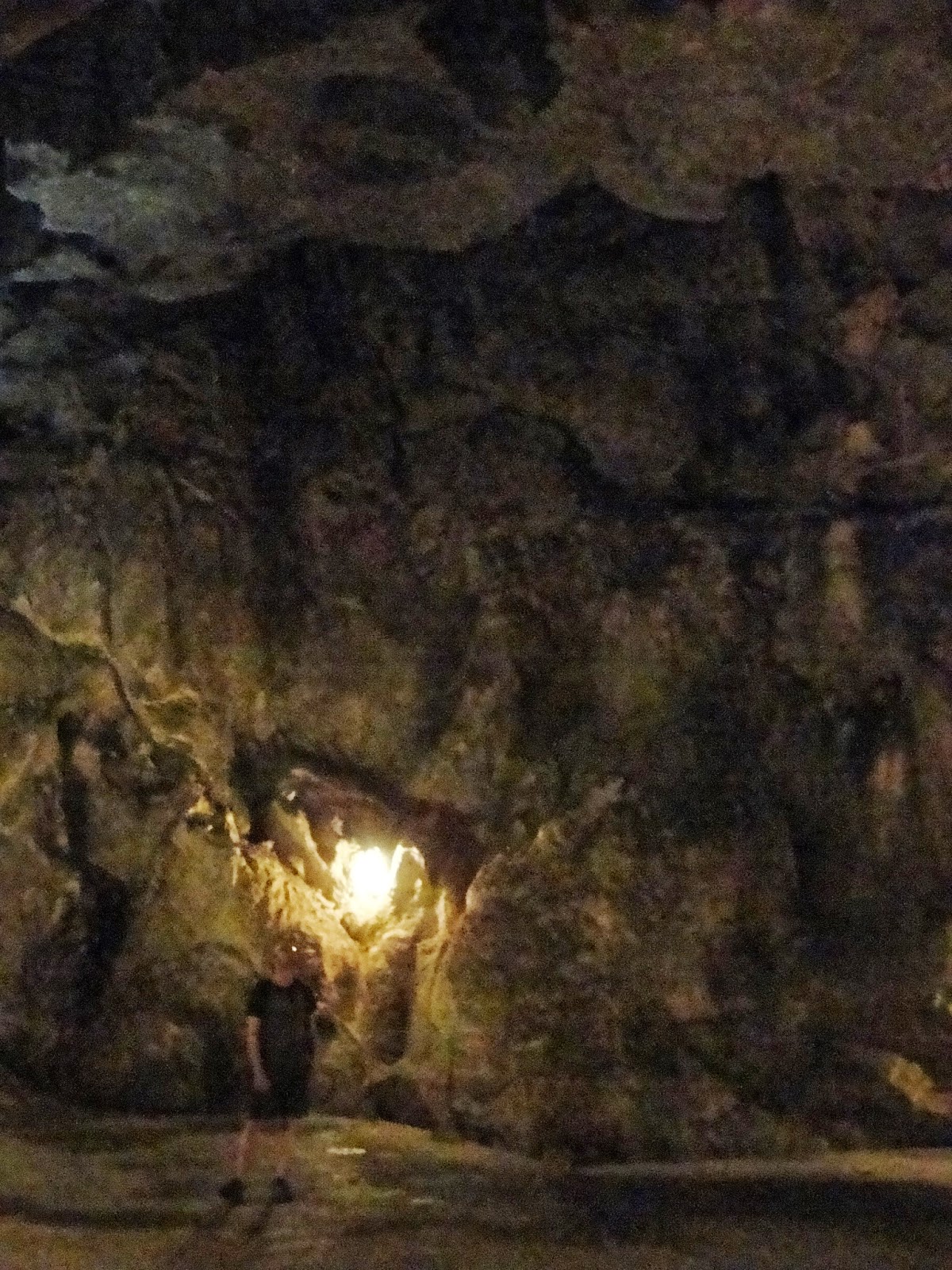 it's no Paradise Cave, but impressive nonetheless 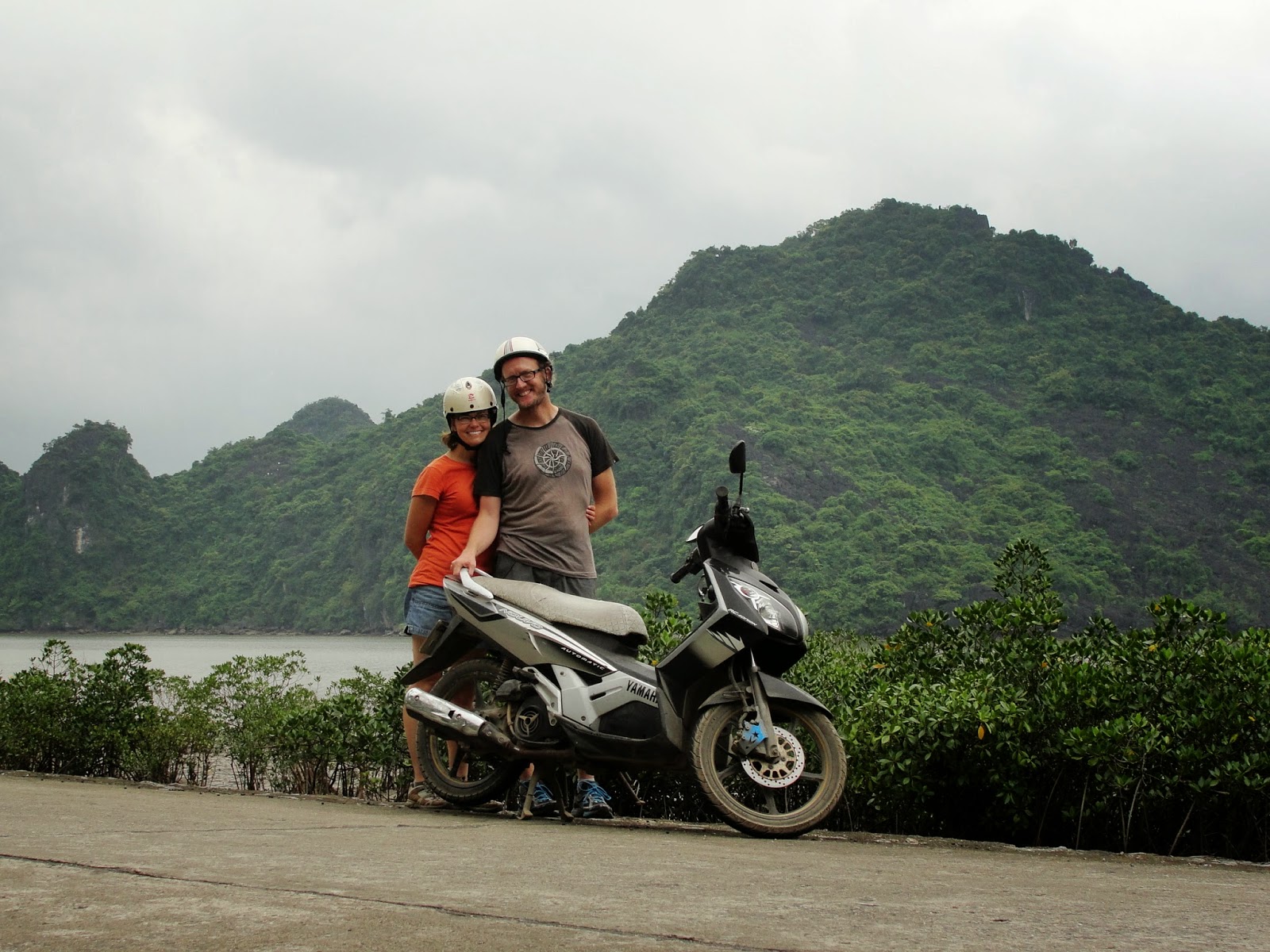 such as this one

And a coffee break. 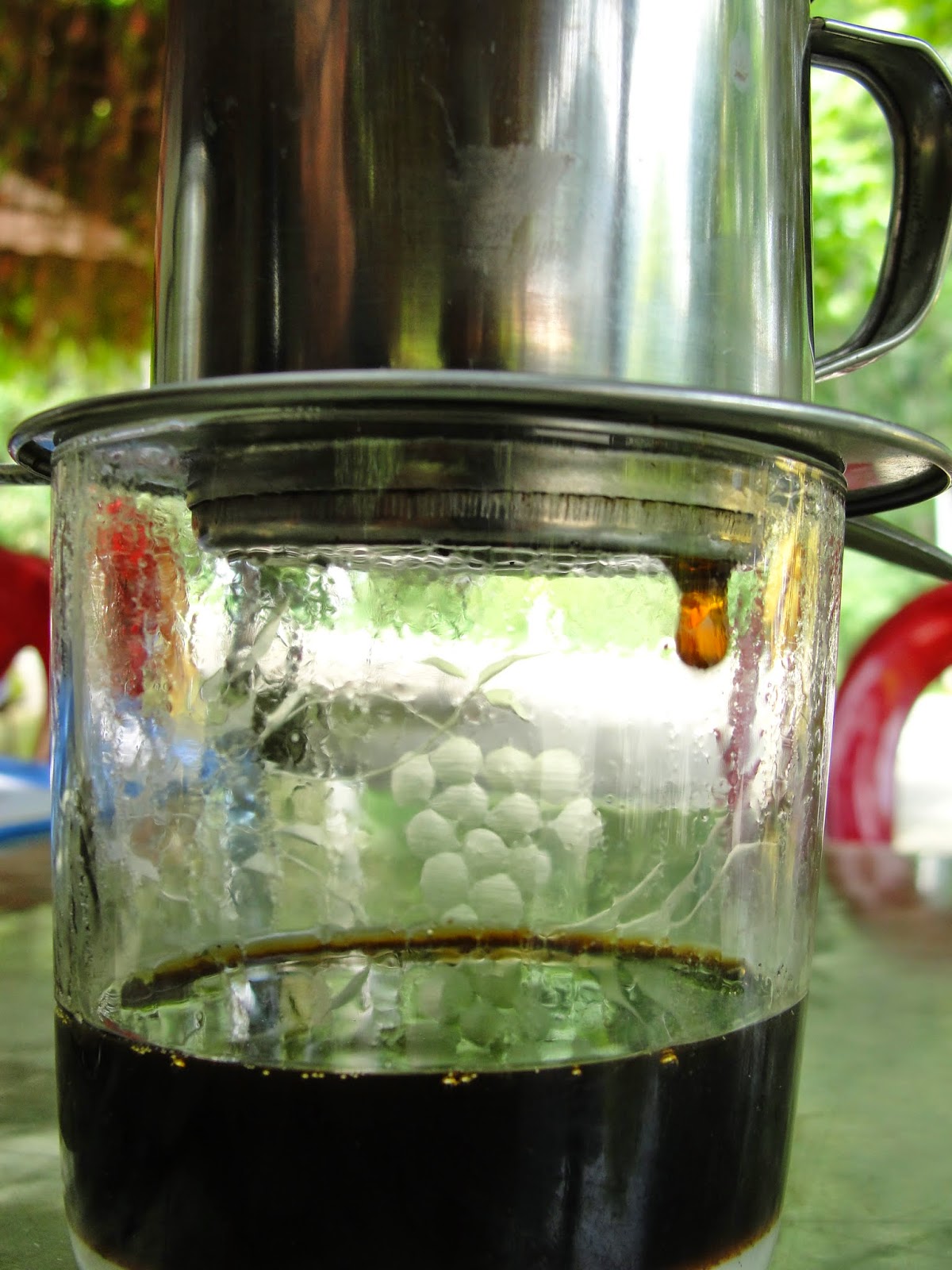 And there were about 5 minutes when I tried my hand at driving the motorbike. 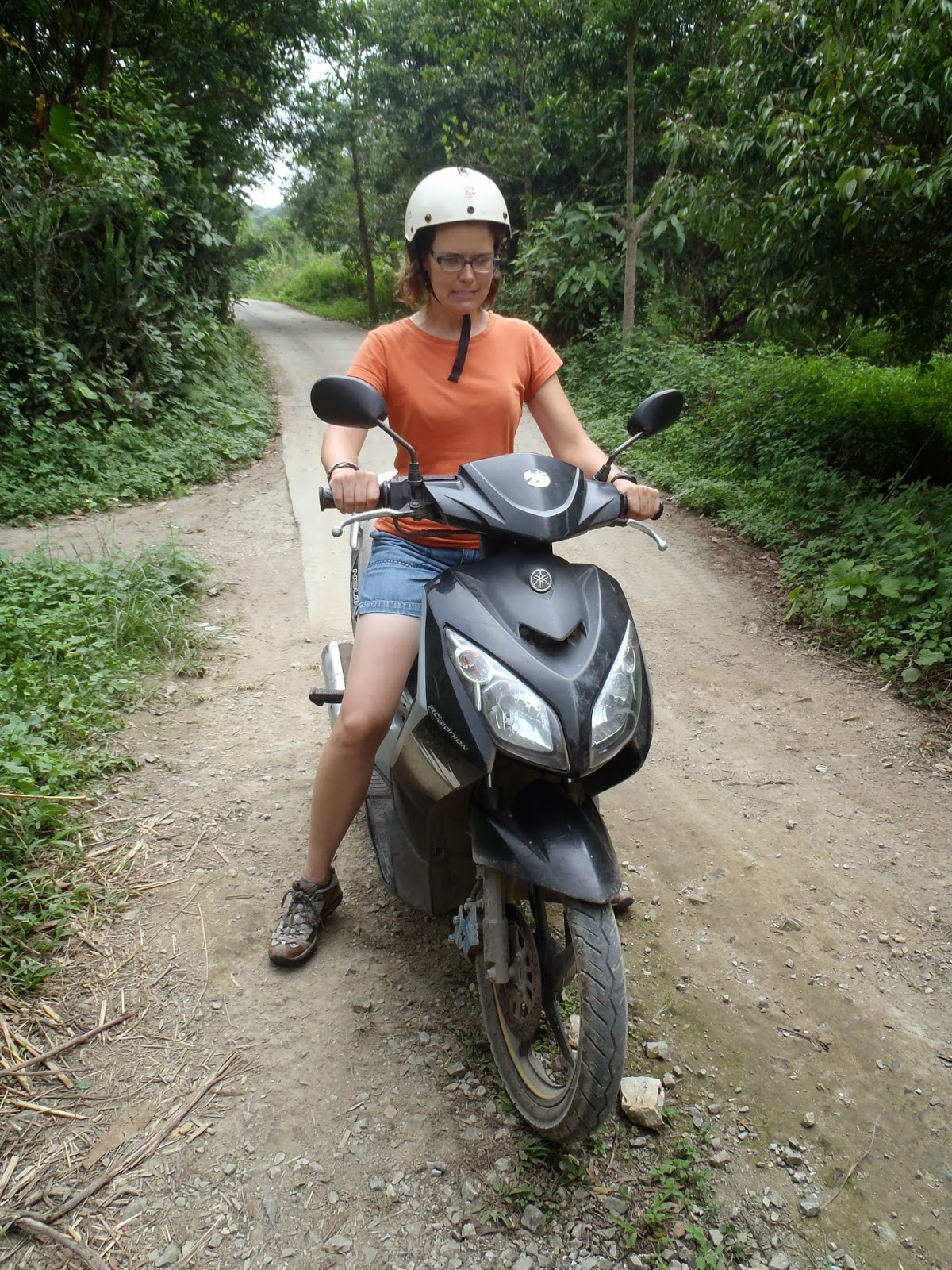 I made this face the whole time

The entire trip including the photo stops and cave tour only took about five hours. Like I said, it's not a very big island.

3. We hiked to Frog Pond in Cat Ba National Park.  There are just a few hikes you can do in the park, and none of them lead to the elusive langur but one does lead to a small village where you can take a boat back to Cat Ba town.  Since we saw villages in the Mekong, Sapa and Lan Ha we decided not to do this and just stick to nature. 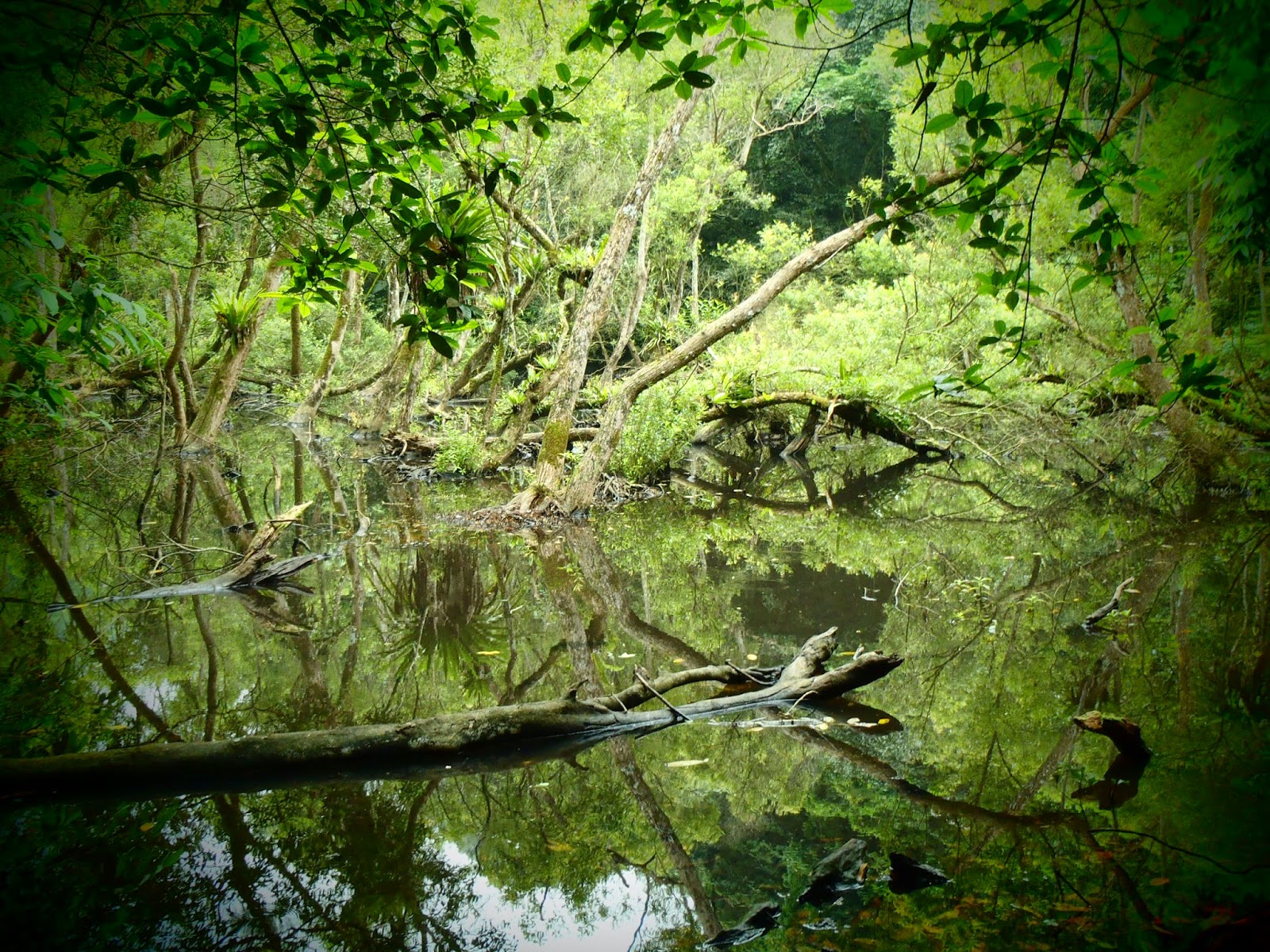 The hike itself was more than we anticipated - it was really hot and humid, and mossies/bees followed us for entire kilometers grating on every last nerve we had, and the path was up and down the whole way there and the whole way back. 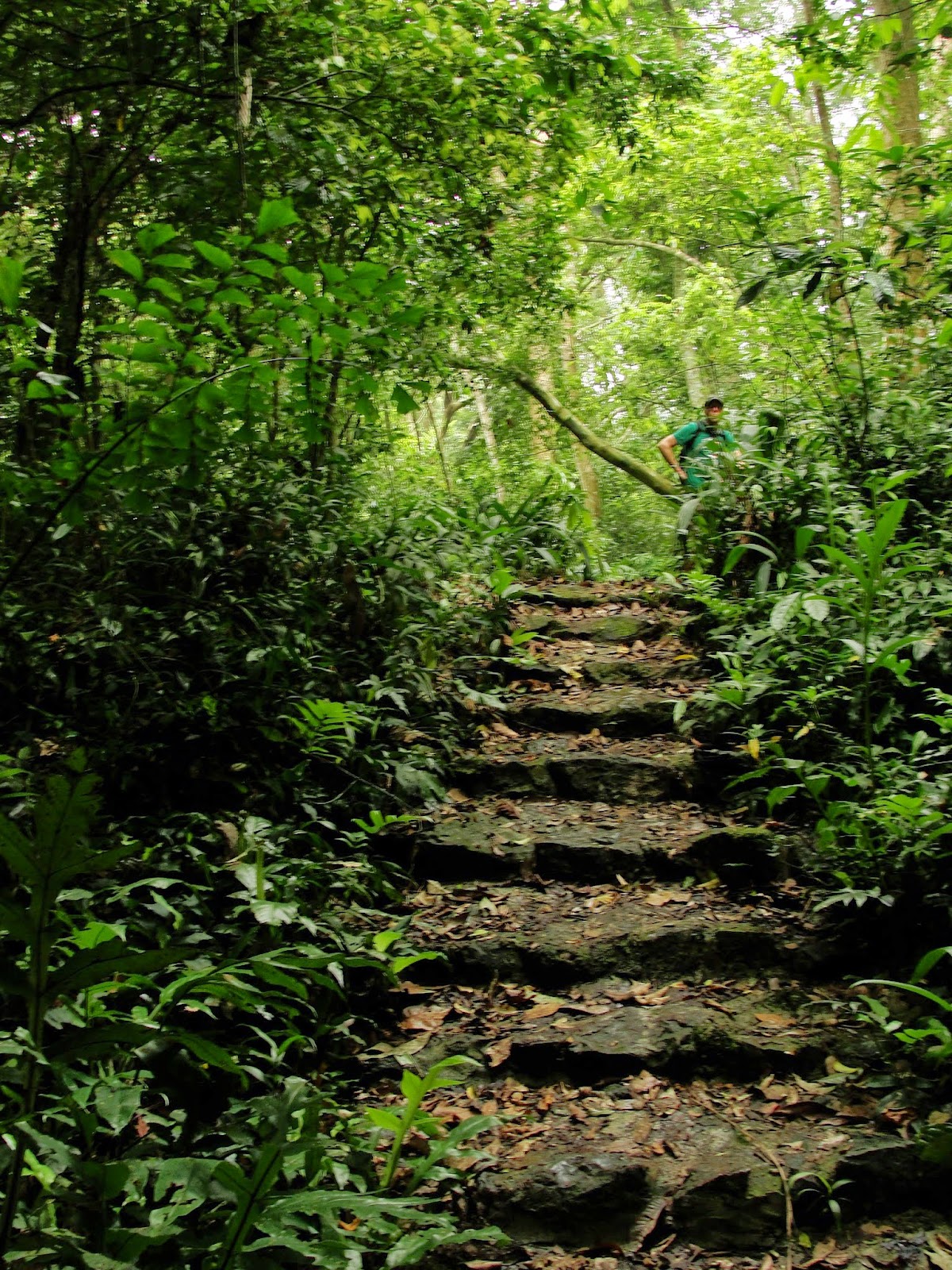 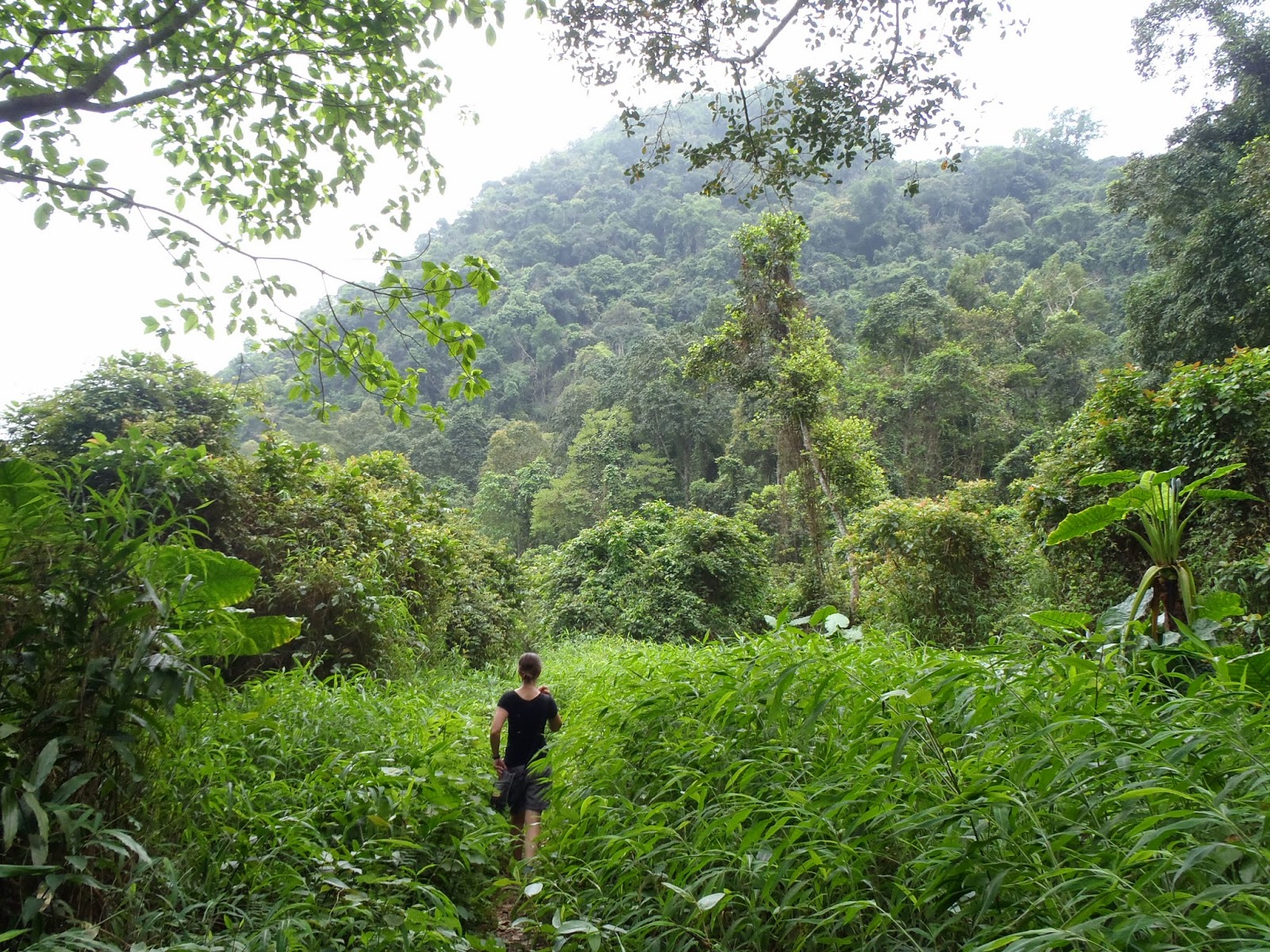 a little bushwhacking too

But the sounds in the jungle made all of it worthwhile, and the pond was really beautiful in a rugged, jungle-like sort of way. 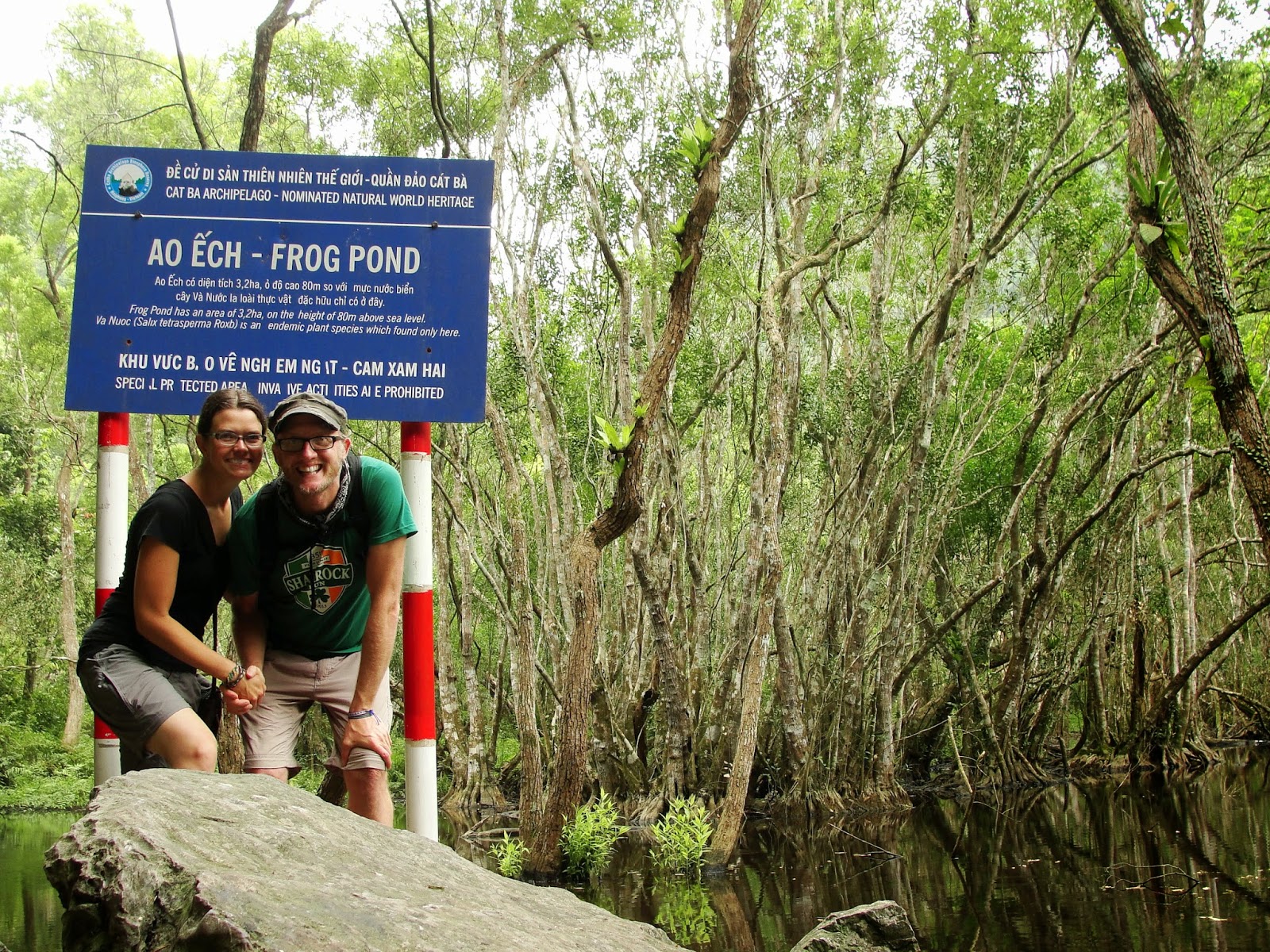 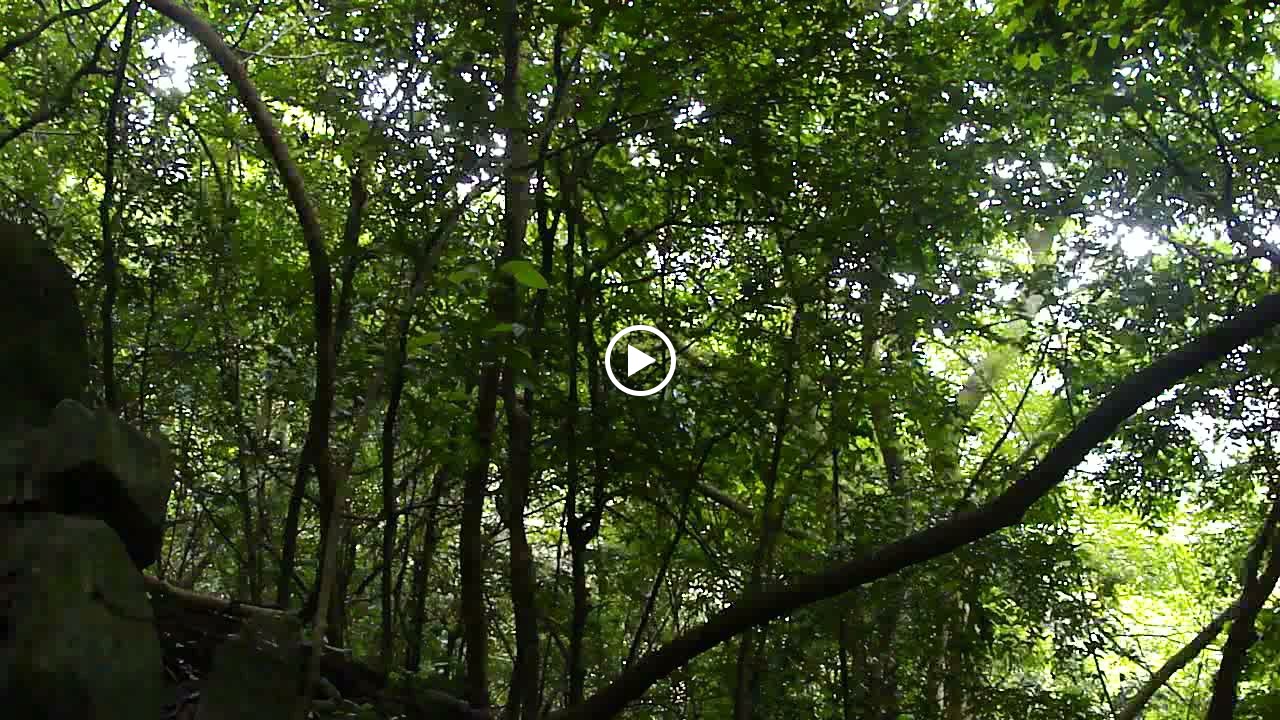 We're probably the only people dumb enough - or cheap enough - to choose a 10km walk back to town after a 12km up and down hike.  But see, catching a ride on a motorbike would've used up our beer money, and that beer when we finally did get to town was the BEST beer we've ever had.  Hiking is hard!

4. We wandered through Cat Ba Beaches 1-3. Rumor has it that three women washed up in three different places on the island, and each beach is dedicated to one of the women. Beach 2 was our favorite (it was the most serene spot) but the walkway from Beach 3 to Beach 1 was quiet and stunning, and it became our daily habit. 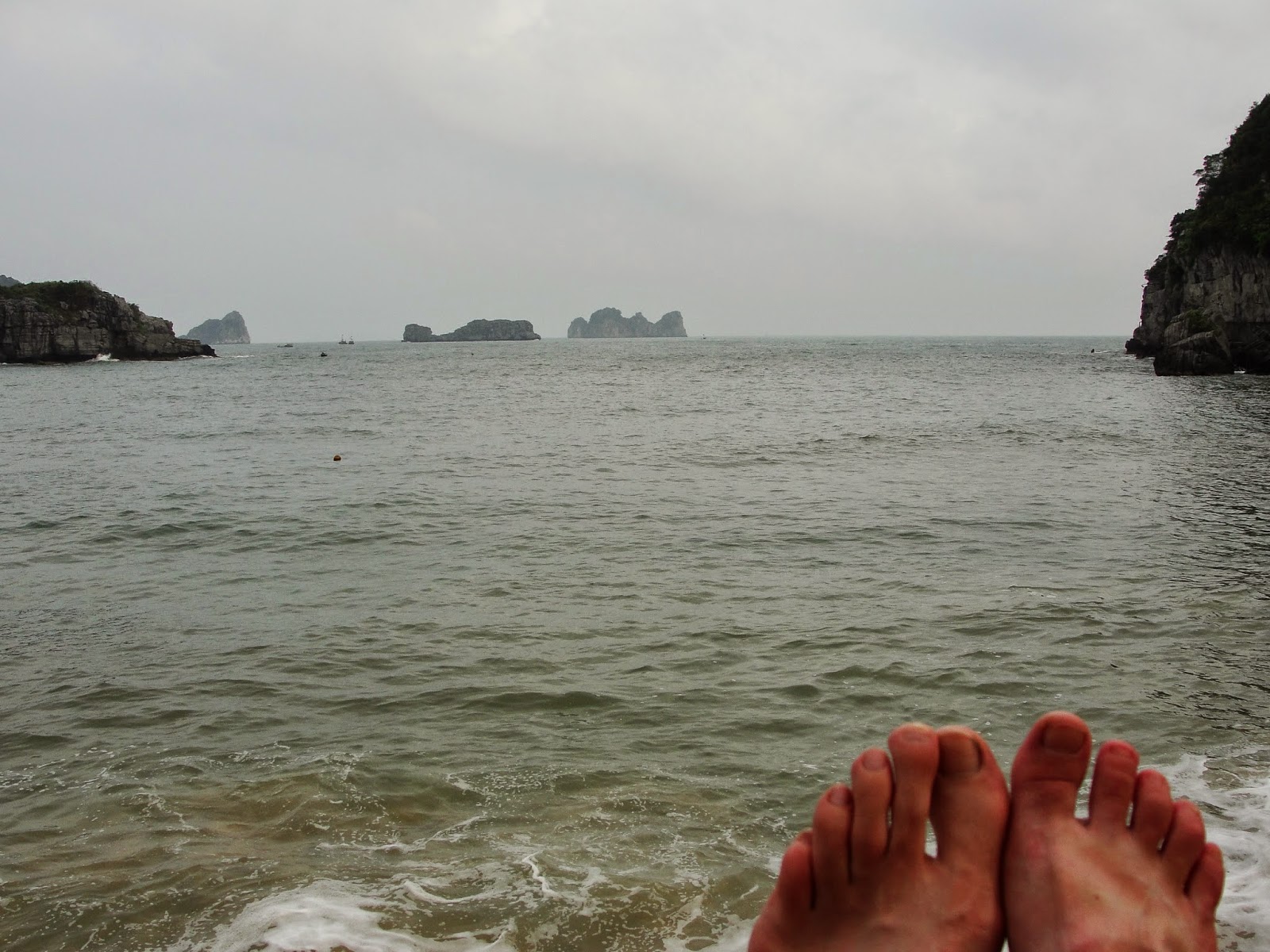 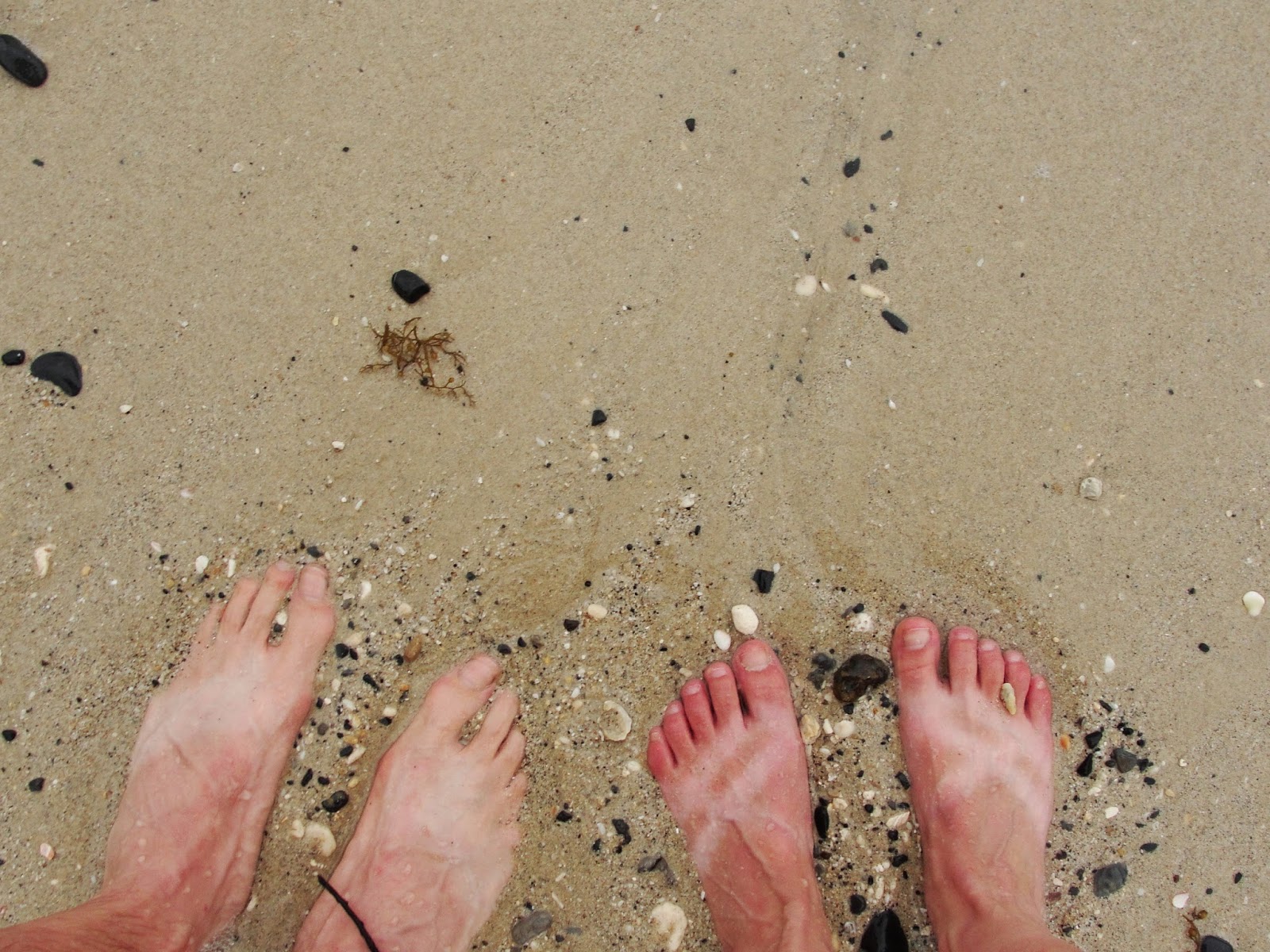 Cat Ba Beach 3 -
sitting around all day is hard! 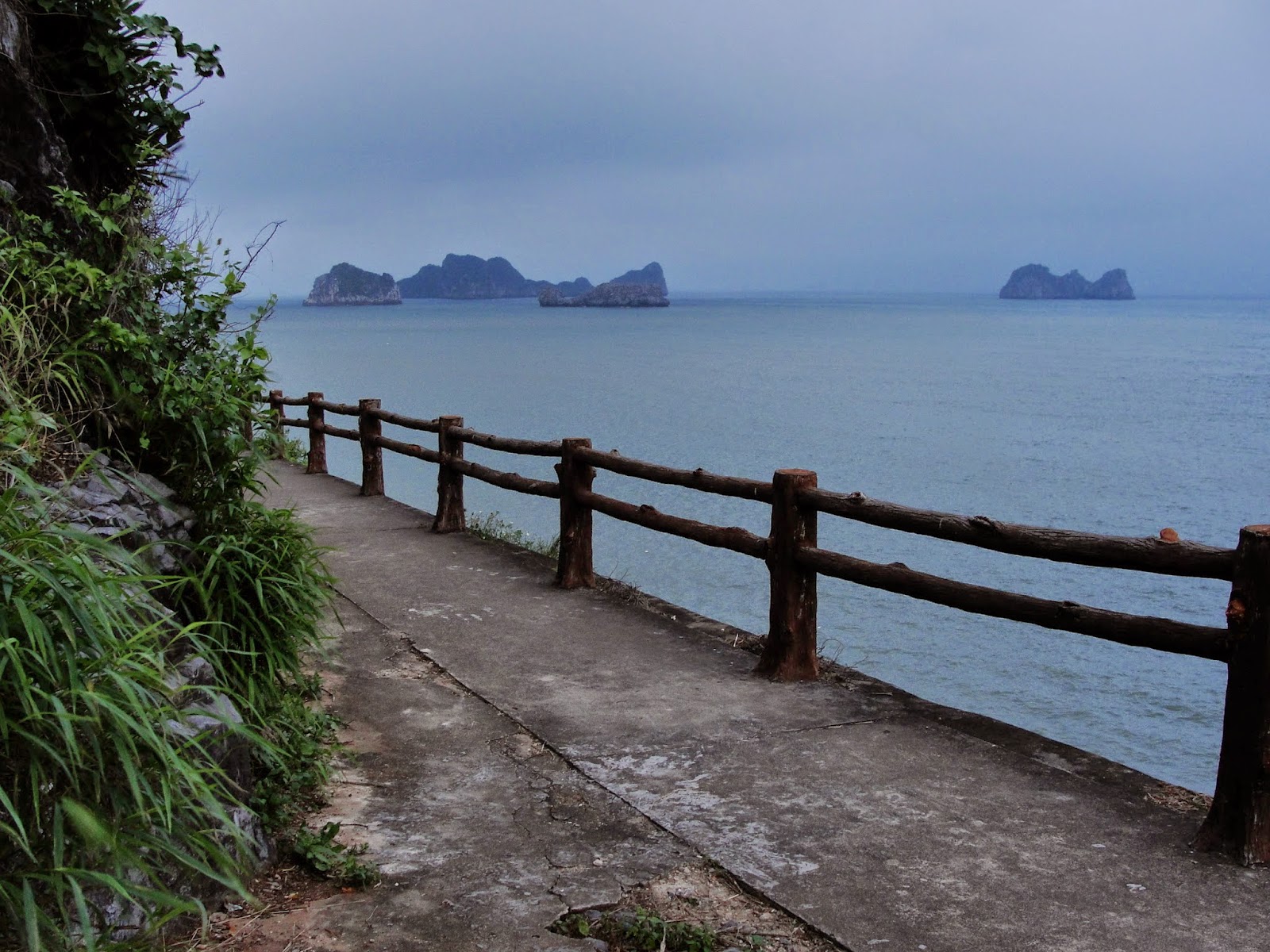 between Beach 1 and Beach 3

5. WE DID NOTHING. Once you've explored the island there's really not much to do, other than what you've already done. So we took this opportunity a year into our travels to take a mental and physical break from everything. (Finally, right?)

We saw something new every other day and rested in between.

We uploaded pictures. We watched crappy movies like Wild Hogs and that awful Total Recall remake and A Good Day to Die Hard on the hotel's free HBO. We read. We blogged. We napped. We planned. We talked about things other than travel. On our last day, we enjoyed several loud thunderstorms and power outages. It was all really quite lovely.  Because seriously, travel is hard!

Food notes: you don't go to Cat Ba Island for the food, unless you like farm-raised seafood. But... 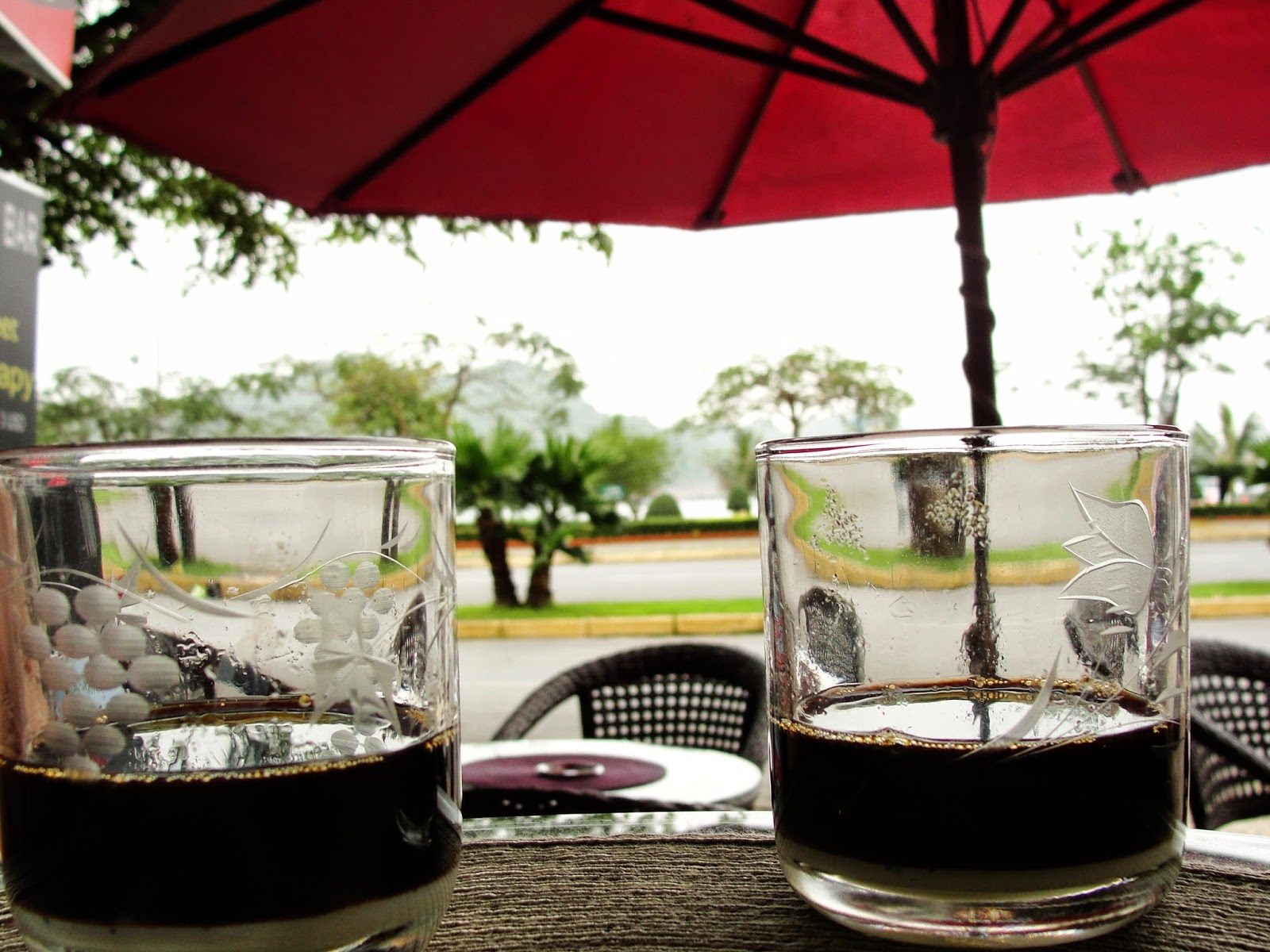 it really helped with the year two planning discussions 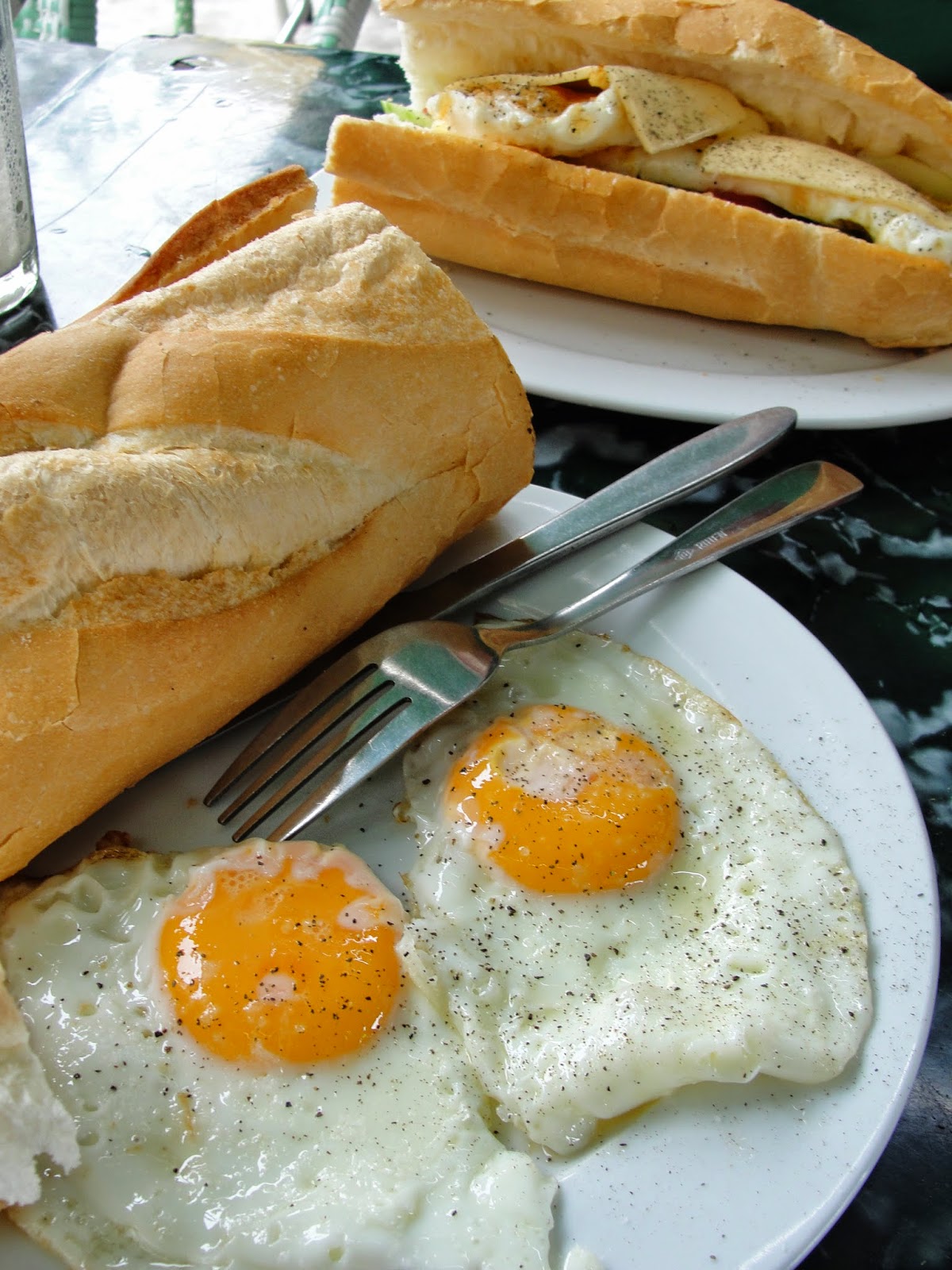 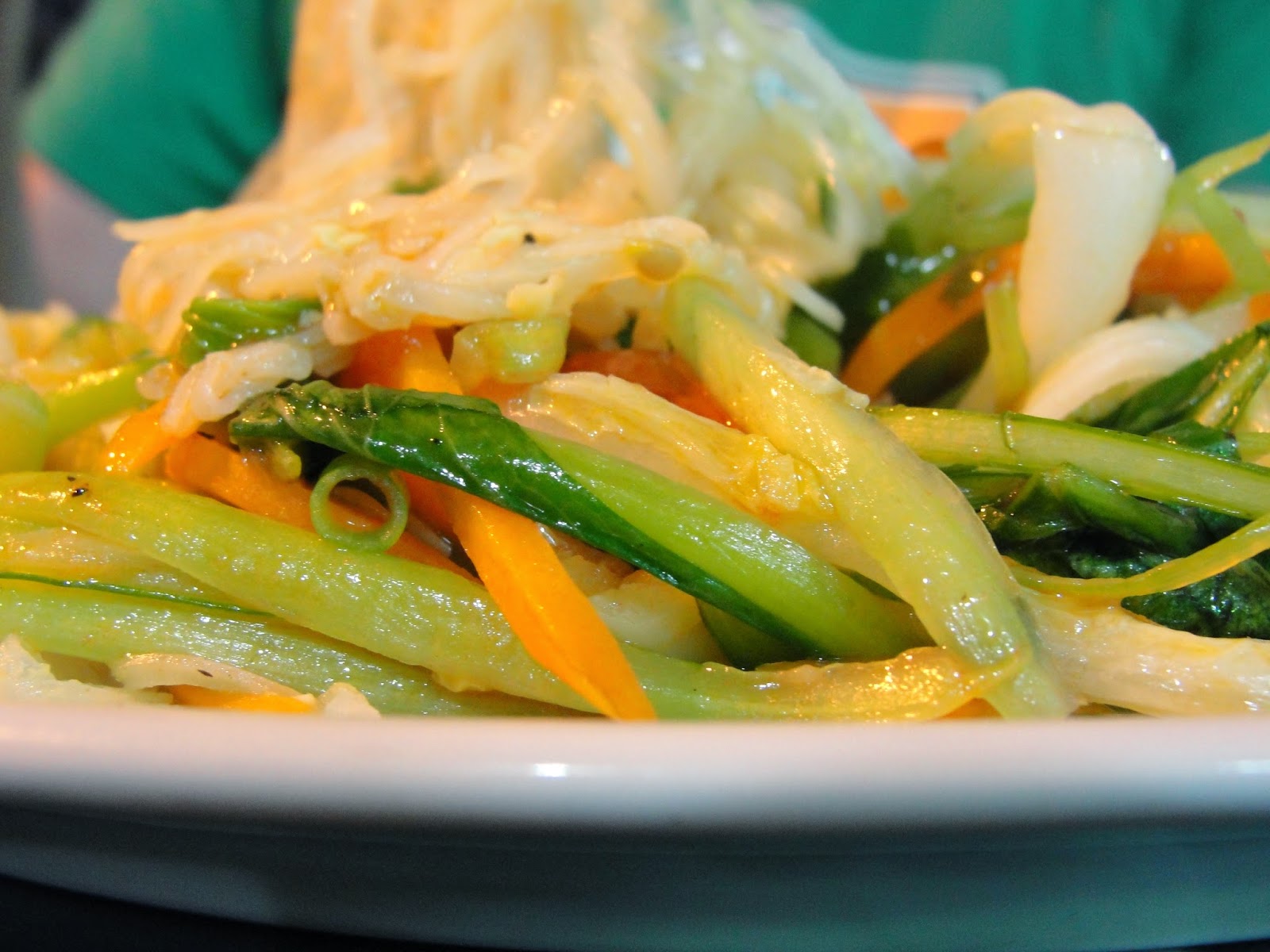 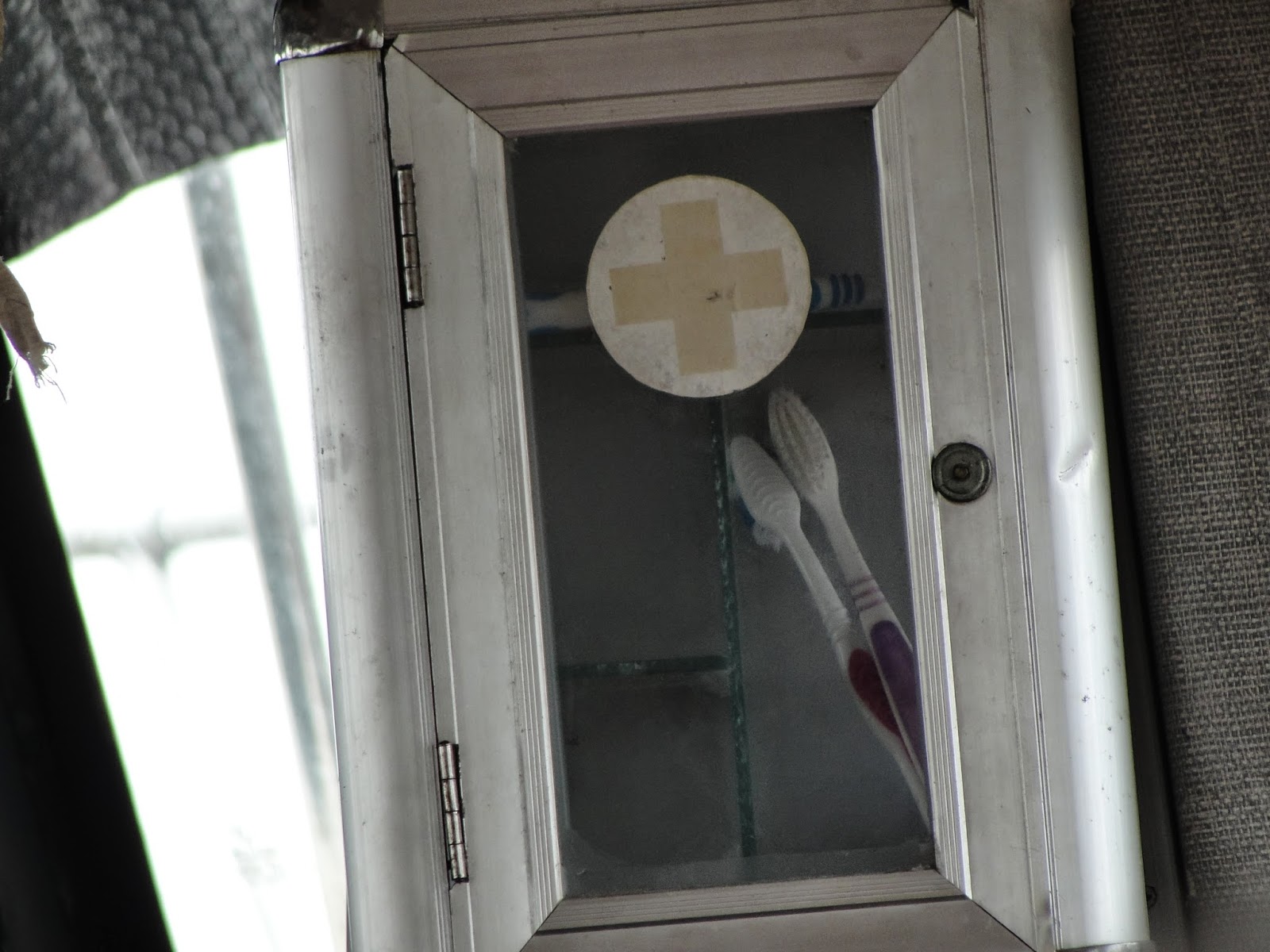 (but this is the ferry's first aid kit) 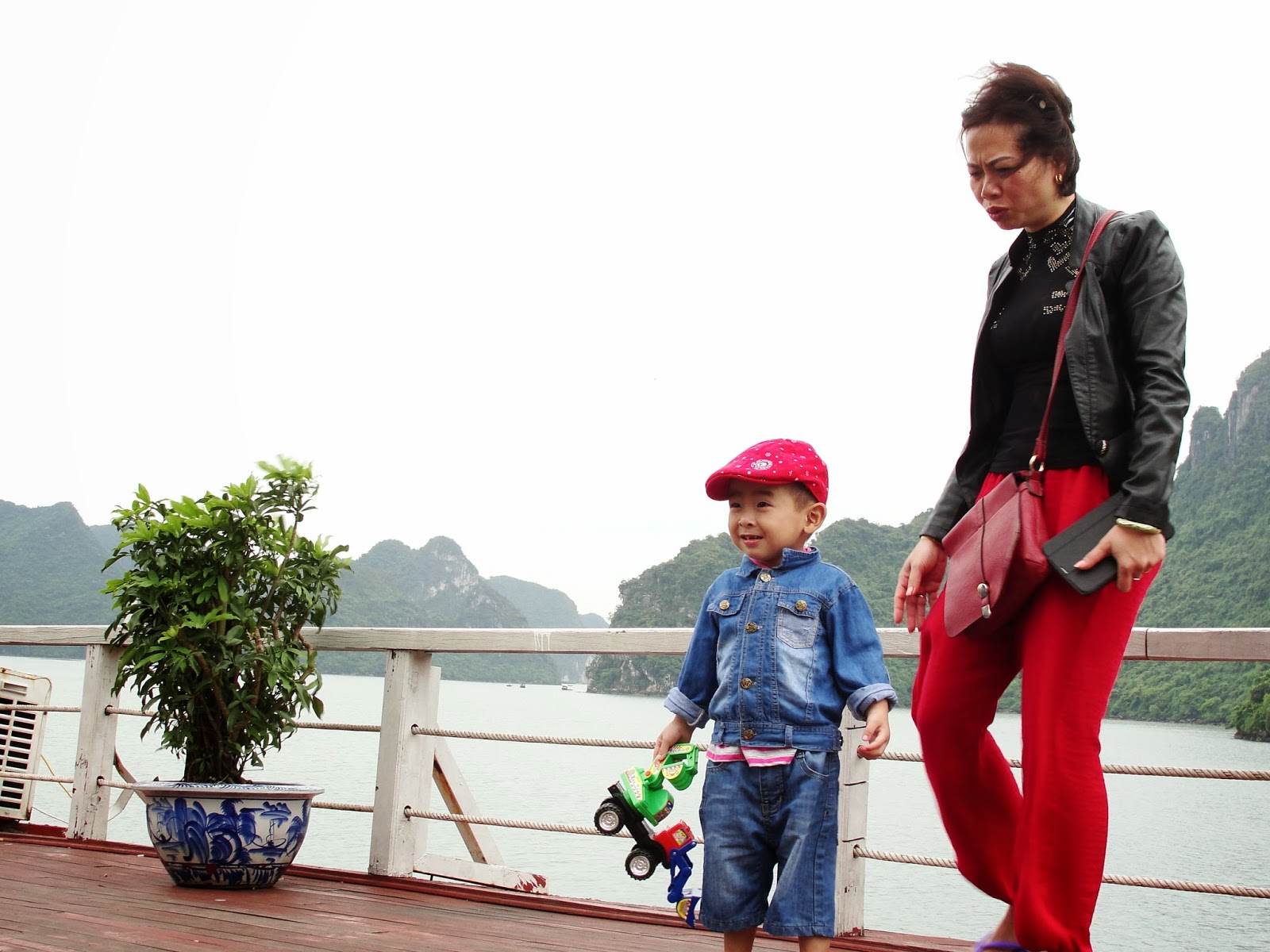 the cutest passenger on the boat

And now, back to Hanoi to make up for a few missed opportunities the first time around - and a lot of delicious food - before meeting Kim in Ho Chi Minh City, where the travel mania will begin again. We loved (and needed) this break so much, and now we are ready to get back to it!
Posted by Jen
Email ThisBlogThis!Share to TwitterShare to FacebookShare to Pinterest
Labels: asia, Friday five, travel tips, vietnam