Our motel in Quebec City was actually quite nice and we both enjoyed a good night's sleep after being on a plane all day/spending five nights in a six-bed hostel dorm. A full day of driving the next day led us to the empty (but thankfully still open) information center in Matane, where three helpful youngsters on duty pointed us to Camping Municipal Rivière Matane.

We were a bit skeptical given our last municipal camping experience, but the very nice (mostly-French-speaking) woman at the registration desk and helpful bilingual camper Pierre (no idea what his name was, he looked like a Pierre though) helped us find a nice quiet campsite.

After a quick walk down to the river to commune with the ducks... 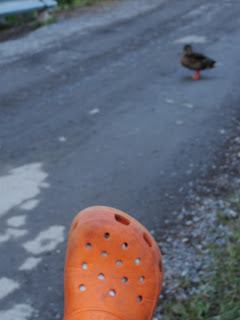 see? they get the orange feet thing

... we spent the rest of our evening by the campfire, eating way too many chicken kebabs and enjoying the silence. Cities are loud. 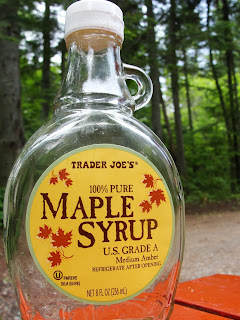 Onward to Gaspésie (the Gaspé Peninsula to the non-French) and Forillon National Park! Every time we mentioned that we planned to visit this area, people would sigh wistfully and say we were going to love it. Turns out they were right. The northern scenic drive to the park is lined with cape cottages, quirky shops and galleries, and absolutely stunning views. (Of which we took almost no pictures because we were on a mission to get a good campsite at Forillon. But the coast is beautiful, trust us.)

In our three days at Forillon, we enjoyed... 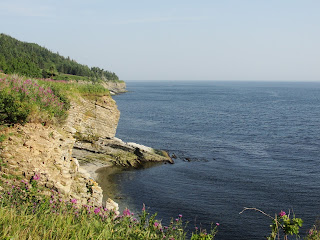 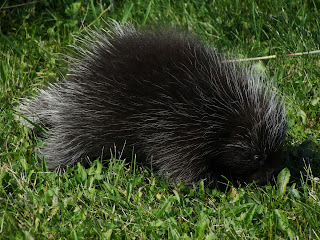 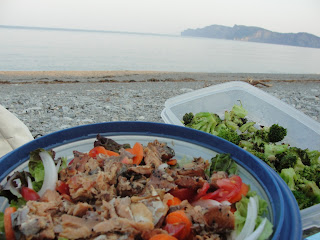 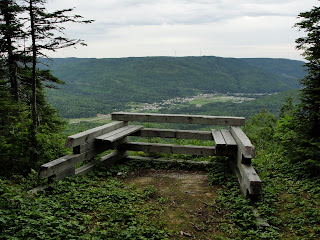 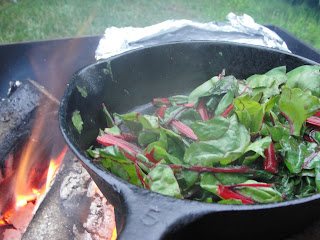 Swiss chard by campfire (who knew?) 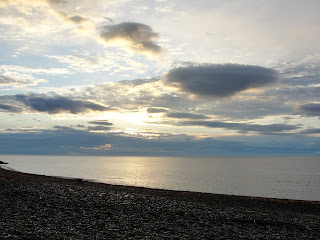 And stargazing galore!  The Milky Way was out in full force and the stars were just amazing.

I think this was the place where I finally started to mentally slow down - to stop obsessing about plans and phases and hikes and dishes for a while - and just BE. It probably helped that I still had a sinus infection and Patrick was still recovering from his stomach bug, but we took our time getting up to Cap Gaspé the second day, and getting to Les Lacs the third day, and I have to say it was some of the most enjoyable hiking I have done in a while.

The southern drive down the coast was not as charming as the northern route, but Forillon and the entire stretch we saw of the Gaspé Peninsula was most definitely worth the trip. How funny to think that six months ago, I had never heard of this place and now it stands out as one of the most memorable spots we visited. Looking forward to many more of those moments in the months to come... 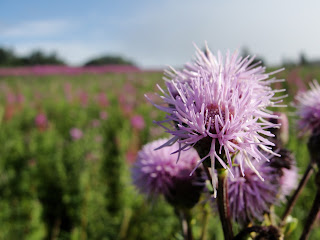 (and more of these scenes too)
Posted by Jen
Email ThisBlogThis!Share to TwitterShare to FacebookShare to Pinterest
Labels: camping, canada