Part One of our ExplOregon October vacation took us through the Umatilla, Malheur, and Ochoco National Forests. After a quick family visit in Bend, we had three days to wrap up Part Two so we headed straight to Deschutes National Forest. 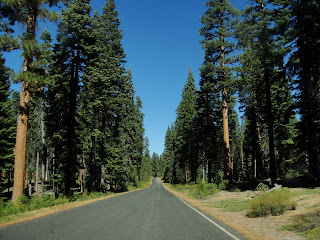 The hikes. We considered hiking up to Paulina Peak at Newberry... until we learned you could just drive to the top. 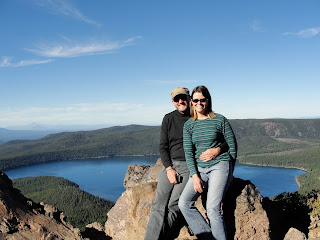 so we did that instead

But we did walk along the Big Obsidion Flow trail and the trail to Paulina Falls. (As an aside - it's "pol-EYE-nah," named after Northern Paiute leader Chief Paulina. Don't be a tourist like me and call it "paul-eee-nah falls.") 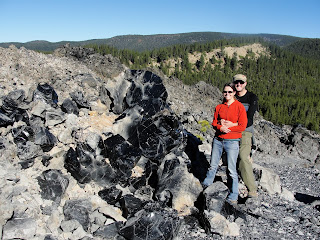 especially low flow for this time of year

On our way back to Eugene we stopped off at Salt Creek Falls (Oregon's second tallest waterfall), where we also hiked back into Diamond Creek Falls - definitely do this side trek if you're in the area! 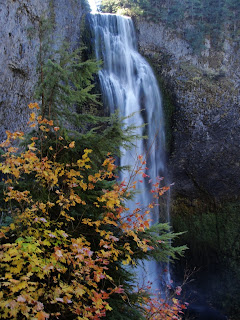 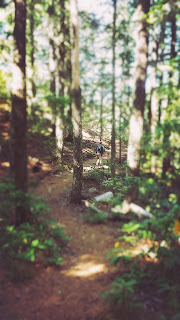 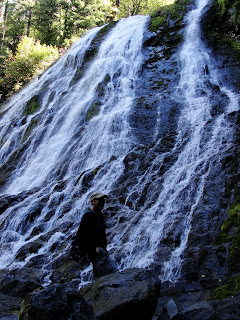 And with clear skies that afternoon, we couldn't help but take a detour over to Umpqua National Forest's Mount June near Dexter. 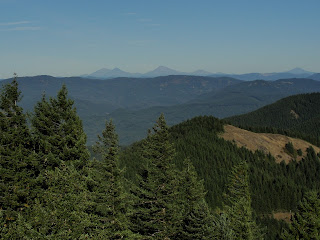 It was a bit of a drive up a bumpy gravel road to get to the trailhead, but the panoramic views at the top of the mountain were worth the time.

The campgrounds. We were surprised to find many campgrounds in the forest "officially" closed for the season. We could still camp (for free!), but we'd have to bring our own water and pack out our trash... Small prices to pay for the privilege of two nights in beautiful forests.

We stayed at Little Crater campground in Newberry National Volcanic Monument on our first night. It got pretty cold that night but the lakeside view was spectacular, especially during sunset. 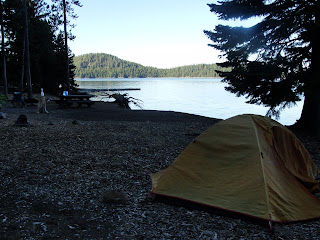 so spacious for an empty campground 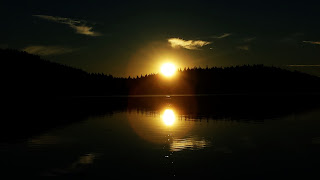 We spent several hours the next day driving around Cascade Lakes Scenic Byway looking for the perfect campsite. Some were too crowded, some too isolated and run-down, some didn't have views. We decided to stop for the night at Lava Flow Campground. It may not have been "perfect"... but how often do you get to camp next to an old lava flow? 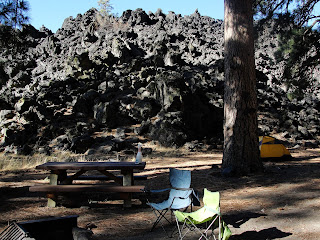 it was RIGHT there -
pretty cool!

Davis Lake was just a short walk from the campground and I spent an hour watching hundreds of ducks make their rounds on the lake. 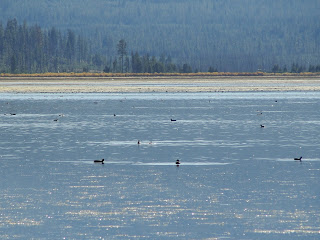 (The next morning we heard gunshots... Sigh.)

The food. I was determined not to schlep that can of coconut milk we bought in Portland back to Eugene, so we had tofu curry at Paulina Lake. Without rice or cornstarch it was a bit soupy, but that was okay because it was SO. COLD. that night. 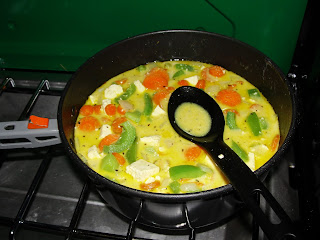 At Lava Flow we went low-tech, grilling veggies and tofu on the bonfire... I mean campfire. 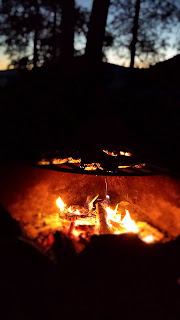 The end. Nine days later, we'd seen five of Oregon's 13 national forests (six if you count Mount Hood, which we drove through on our way out of Portland), and four of the 11 national and state scenic byways. 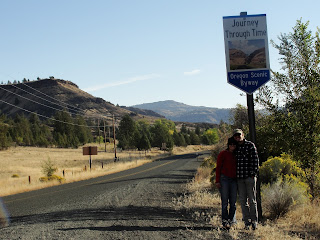 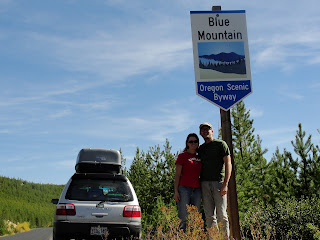 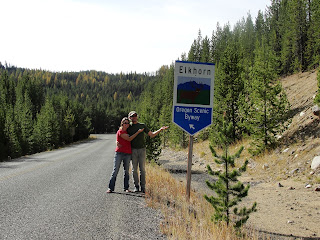 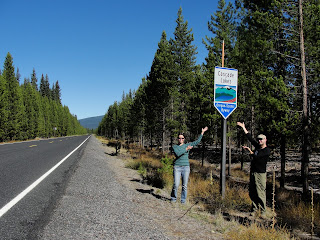 This trip was a great reminder of why we love Oregon. Sometimes everything you need in a vacation is right in your own backyard...
Posted by Jen
Email ThisBlogThis!Share to TwitterShare to FacebookShare to Pinterest
Labels: camping, explOregon, living like a local, pacific northwest, united states