After three months slaving away at our Portland housesit, we figured we deserved a little vacation before our Corvallis gig. We knew we wanted to camp, but did we want to head north to eek out more use of our National Parks Annual Pass at Olympic and Mt Rainier? Did we have time to hit the Steens Mountain Wilderness and Owyhee Canyonlands in southeast Oregon? What was Hells Canyon like this time of year? Decisions, decisions.

With just nine days for our "vacation" we finally opted for nearby parts of Oregon that one or both of us had never seen. Heading east, we hoped for short driving days, lazy afternoons at the campsite, long hikes, and fall colors. 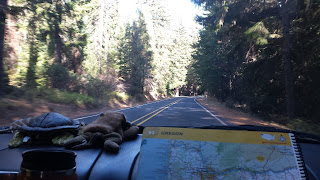 day one, hour one

Part One of our trip took us 600 miles through the Umatilla, Malheur, and Ochoco National Forests where we ended up spending just one night at each campsite. So much for short driving days and lazy afternoons at the campsite!

Oh, right, and hiking in eastern and central Oregon during elk hunting season - what could possibly go wrong? 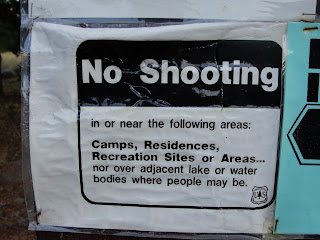 We also didn't really take into consideration the wildfires that swept through eastern Oregon a few months ago that were still impacting certain campgrounds and forest trails. And we really didn't think it would be quite so cold - some of our destination spots, like Anthony Lakes, were already closed for the season, and some had fire bans which meant even colder nights.

But the fall(ish) colors were nice...! 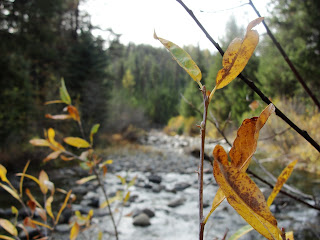 half out of four ain't bad, right?

We had to laugh at ourselves for being such amateur travel planners. Despite this, we still managed to have a great time, hike a marathon's distance of trails, and finally check those Painted Hills off the list... Here's a recap of Part One!

The hikes. I got in my first six miles at North Fork John Day campsite, where a well-maintained trail runs along the river. 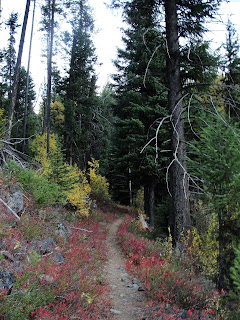 It was rugged, beautiful, and totally flat - the perfect start to the week.

The next day we hiked up to Strawberry Lake and Strawberry Falls, a five-mile hike in the (you guessed it) Strawberry Mountains. The lake was absolutely stunning; the falls were pretty nice too. Along the way to the falls we passed a creek where trout were swimming upstream - very cool to watch! 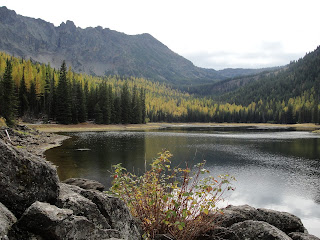 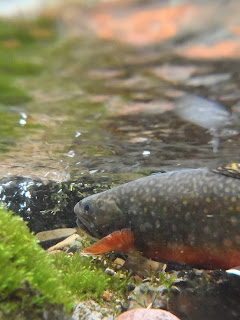 resting before the next push 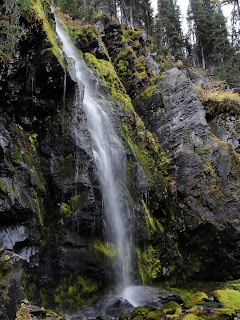 From the Strawberry Mountains we headed over to John Day to hike Blue Basin. You can see this from the road, but the four-mile hike into the basin is so worth the effort! It was a bit overcast that day so the vistas were especially spectacular. 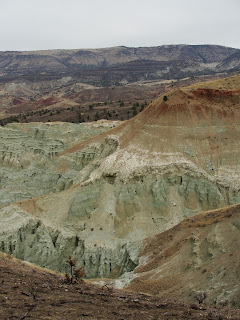 Afterward we drove over to the Painted Hills. It was getting late so we didn't hike around, but we did admire the colors and lament the fact that we'd skipped the Painted Desert on our road trip this summer. 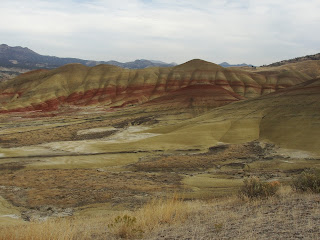 millions of years of history

Day Four included a short hike up to Stein's Pillar... 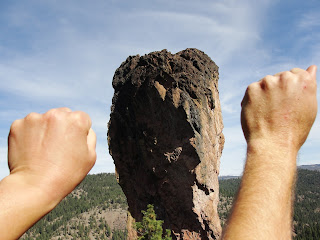 we stand with Stein's Pillar

... and then a quick sunset hike to Chimney Rock near our campsite on the Crooked River. 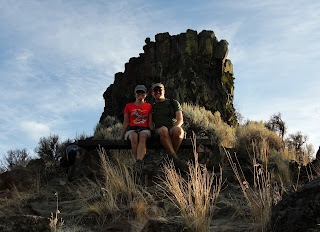 it really does look like a chimney from below

I'd been through John Day and did the Stein's Pillar and Chimney Rock hikes back in 2009 but these were firsts for Patrick. It was nice to be able to share this part of Oregon with him.

The campsites. We totally winged it, and for the most part it turned out great - many of the campsites were empty and all were quite a deal at just $8-10/night. 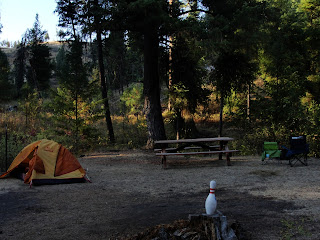 Day One: Shelton Wayside near Fossil
(campsite #5 by the creek) 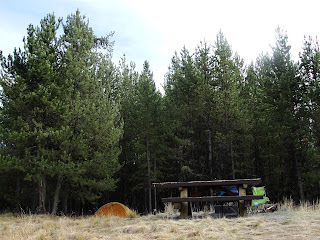 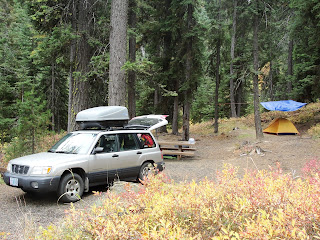 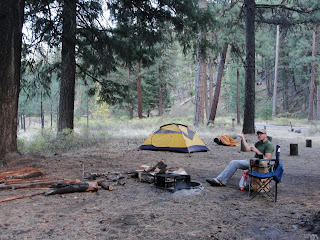 Day Four: Wildcat Campground near Prineville
(campsite #1 near the exit) 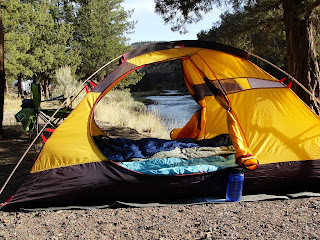 Day Five: Chimney Rock on the Crooked River near Prineville
(campsite #6 by the river)

The campground at Chimney Rock was probably our favorite. It helped that it was really warm that day and we finally had the afternoon to lay around and read. Strawberry Mountain's campground, high up in the wilderness with great trails within walking distance, was pretty great too. Shelton Wayside featured frogs in the creek and North Fork John Day had that nice creekside hike.

The only campground we didn't like was Wildcat. It was a bit run down and our two neighbors were a little shady. On the up side it was just a short drive from the trailhead to Stein's Pillar, and if ever there was a campsite for Patrick's 450-day haircut tradition, this was definitely it. 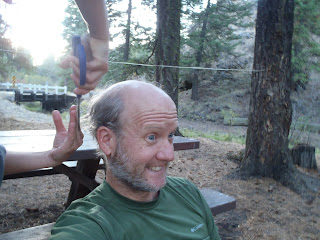 The food. On our way out of Portland we stopped at Sheridan Fruit Company's delicious deli to make our first night's dinner easy. The next few nights featured our standard camping fare - fire-grilled tofu and veggies, burritos, and the obligatory beef franks (also known as the best excuse to go camping!). 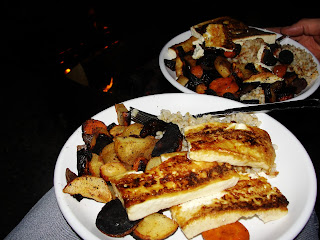 um... a bit more charred than usual
(I was clearly out of practice) 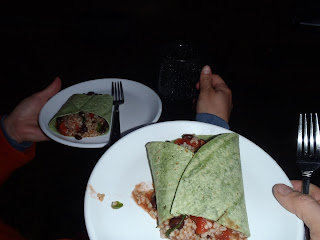 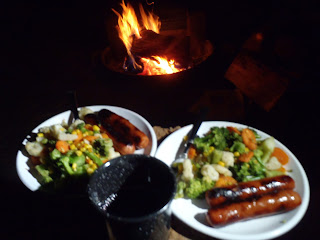 semi-healthy veggies and franks this night;
not-so-healthy chili with franks the next night

We also busted into the bottle of Birkir our friends brought us from Iceland. It tasted like tree-infused whiskey. Delicious... and gone before we knew it. 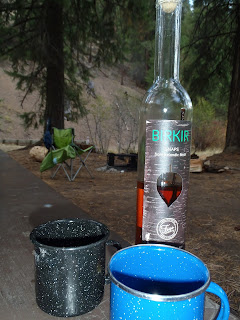 perfect remedy to a cold, rainy night
(or when enduring a night at Wildcat Campground)

After Crooked River we stopped off in Bend for a quick visit. So glad we were able to meet up with our friends Barbara and Tom for their film festival showing! 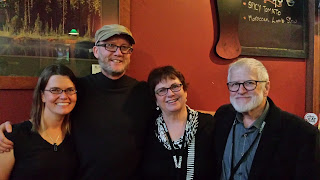 cleanin' up nice for The House Is Innocent's Bend premiere

Bend was a bit of a family reunion too. Huge thanks to Patrick's sister Suzy who hugged us even though we hadn't showered in five days, fed us lunch, and gave us a warm comfy bed for the night; to Patrick's sister Janice and her husband John who fed us breakfast the next morning; and to Suzy, Janice and Megan for supporting the film festival! 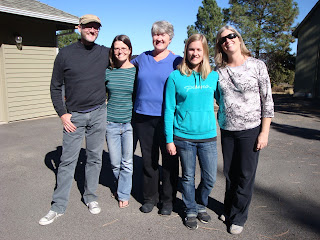 Next up - good old Deschutes National Forest to round out our way-too-short ExplOregon vacation... How do you people with two weeks' vacation do this?
Posted by Jen
Email ThisBlogThis!Share to TwitterShare to FacebookShare to Pinterest
Labels: camping, explOregon, living like a local, pacific northwest, united states