Portland's music scene is a big deal. It's the main reason I moved here in 2008. It was our first date back in October 2012, our second and third and fourth dates after that. It's one of the few (only?) splurges we allowed ourselves while we were saving for our trip. And it was one of the main reasons we were excited to spend the summer here!

Back in February we were in Hawaii without a clue about the next six months when I got an email about The Decemberists' summer show at the Edgefield. Everything about this email literally screamed "Portland!" at me as I read it, so I bought tickets and July 10 suddenly became our Portland deadline. (Behold our super-thorough and highly-thoughtful planning process!) 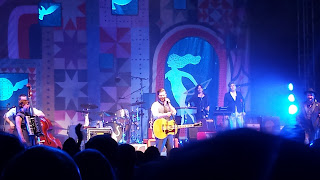 the aforementioned Decemberists making everyone at the Edgefield better
(not pictured: GIANT WHALE)


This summer we've also been able to see some of our old favorites at one of our favorite old haunts, Mississippi Studios... 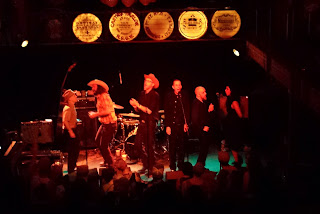 how Slim Cessna's Auto Club does things in Portland 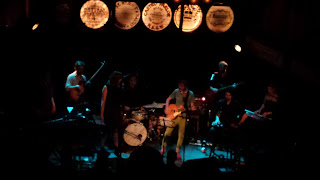 little Loch Lomond will start a storm
... and we were bummed to miss out on Weird Al's sold out concert at the Oregon Zoo - that would've been amazing. (Or at least really, really memorable.)

But for us FUNemployed folks, sometimes the best music is free music! We've already mentioned that our friend gave us her Patron Passes to the Waterfront Blues Festival - not exactly free, but free to us, and totally awesome. We finally caught one of the Oregon Symphony's free park concerts a few weeks ago, also really cool. And while we skipped PDX Pop Now!'s free shows for the zillionth year in a row - for some reason it always seems to require enormous amounts of energy that we never seem to have - we did schlep ourselves through rush hour traffic for Ecotrust's last free summer Sundown concert. 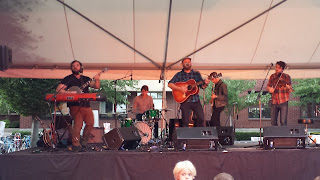 Horsefeathers: an exclamation of frustration
or an awesome band? discuss...
Most of the free summer shows are winding down but LaurelThirst Public House and the White Eagle still have year-round free music nights, good to know...

We're hoping to squeeze in a few more shows before we take off. It would be a crime to leave town without seeing a show at the Doug Fir but we're really out of touch with new bands so we've had a hard time choosing a show there. Portland(ish) folks - any recommendations?
Posted by Jen
Email ThisBlogThis!Share to TwitterShare to FacebookShare to Pinterest
Labels: explOregon, housesitting, living like a local, music on the road, pacific northwest, united states