Winding down the US road trip - caves and rivers and Portland, oh my!

Stop #1 was Lava Beds National Monument. We toured several caves, went to an interesting ranger program, enjoyed some spaghetti at their nice little campground, and mentally prepared for re-entry into Oregon the next day. (The bottle of Bulleit rye helped immensely in that department...) 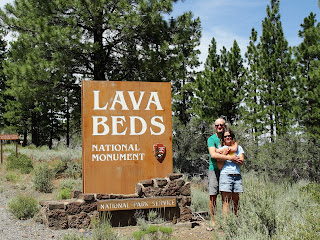 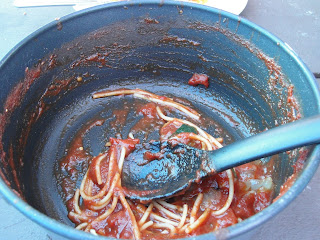 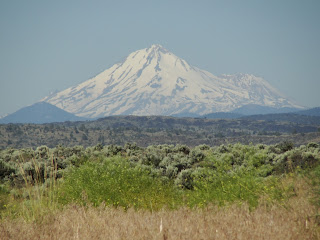 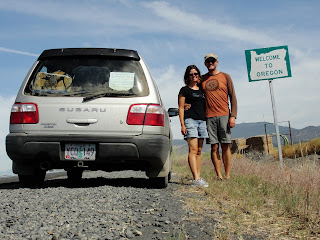 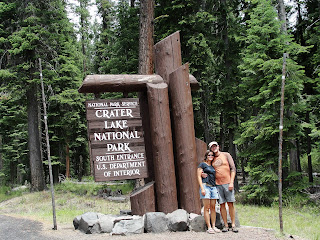 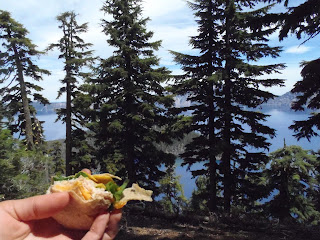 ... took some nice photos ...
... but our goal that day was Camp Sherman Campground in Deschutes National Forest. Patrick came to this area often when he was younger; I'd never been to this part of Oregon but five minutes after we set up camp I totally understood why he wanted to stop here. 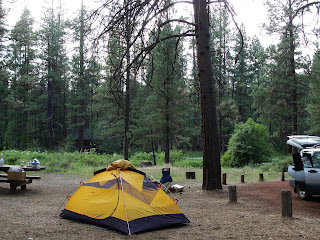 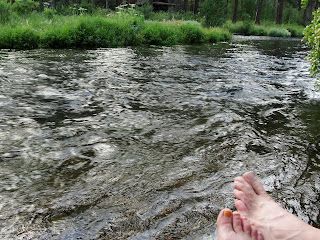 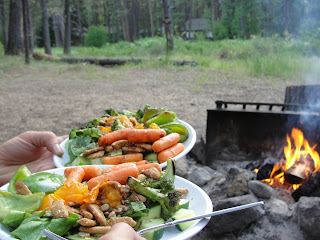 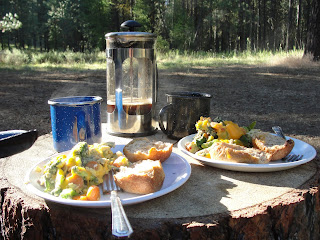 breakfast by tree trunk in front of Douglas-fir forests also never gets old
Stop #3 was Wizard Falls Fish Hatchery, where for $0.25 you can feed the fish. 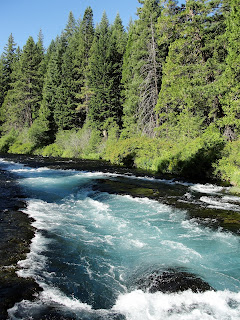 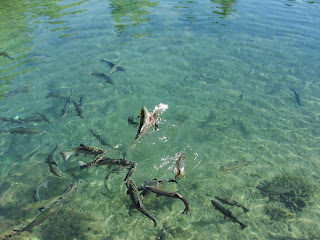 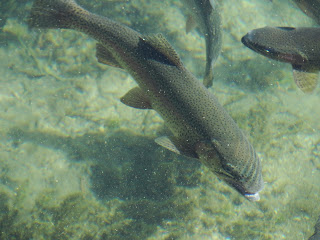 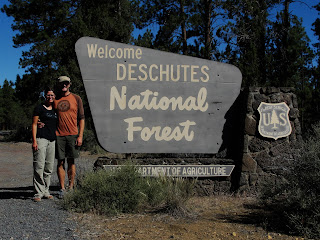 happy campers
Stop #4 was Dee Wright Observatory along the McKenzie Pass - more nostalgia from Patrick's childhood, more new Oregon sights for me. We couldn't have picked a better day. The skies were clear and mountains were everywhere! 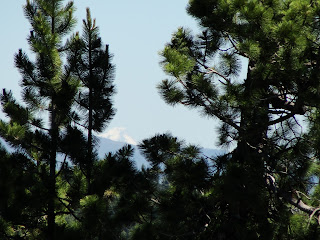 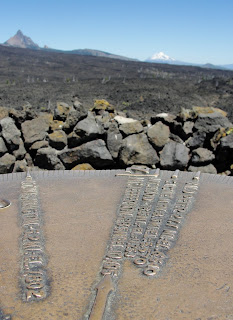 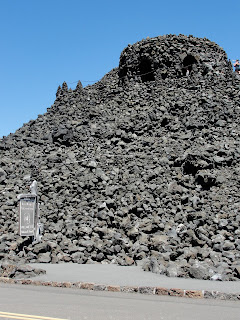 not at all what I was expecting
when I heard we were going to an "observatory"
After lunch, instead of driving around for hours looking for the perfect "last night" campground we decided to stop early and enjoy the afternoon before heading north to Portland the next day.

Stop #5 was Paradise Campground just west of the Pass. I highly doubt there is a more aptly named campground anywhere in the world - Patrick found a spot right by the roaring river, we were surrounded by trees, and we were completely unaffected by the heat wave hitting all of Oregon that day. 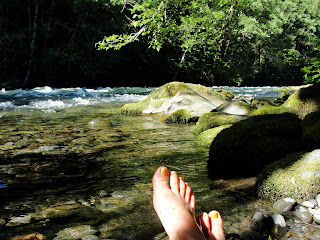 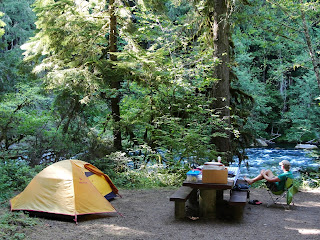 the river is RIGHT THERE
(keeping the site # secret this time, haha) 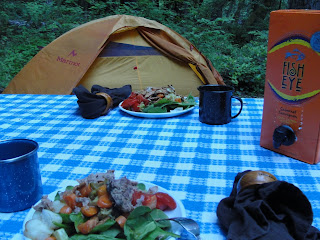 going all civilized for our last campsite meal
(shush, box wine is SO civilized!)
If arriving in northern New Mexico felt a bit like coming home, and arriving in Colorado felt like stretching out on that comfy couch in the living room for an afternoon nap, then camping in Oregon's national forests felt like that bear hug from your partner after you've been away from each other for way too long.
Camp Sherman and Paradise were absolutely perfect. We really couldn't have asked for a better end to this whirlwind US road trip and we definitely want to go back to each for a much longer stay.
Many more pictures of our last three days here... And then? 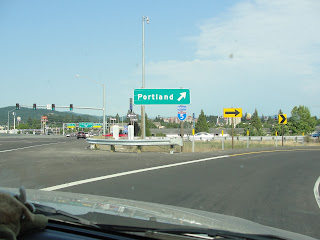