When we originally thought about doing a US national parks road trip after our international stint, we wanted to leave the east coast and meander for as long as possible before landing on the west coast. We looked into WWOOF and HelpX gigs along our route, hoping to find a nice place here and there to rest up and learn some new skills. Our travel funds were getting low and we even considered stopping for several months somewhere to try to earn a little money.

And then we got an email from a woman in Portland, Oregon inviting us to housesit for the whole summer. It would cut our road trip short and it definitely meant no farm stops, both of which we were a bit bummed about. But there's no city like Portland in the summer - free music abounds, bars open their patio seating, there's a street fair every weekend, and that big yellow ball in the sky makes its brief annual appearance... What we didn't spend on an extended national parks road trip, we would be able to spend on delicious PNW beer and Portland food carts. So we cut our schedule, cut our budget, and cut our losses in order to make it to Portland by the end of June.

Our two(ish) month US national parks road trip ended up being amazing. However, it was surprisingly more expensive than Canada and Australia (although we also spent a good portion of our time WWOOFing in those countries which obviously helped keep our costs low). And it was stressful! It's pretty safe to say that we probably won't be doing a 50+ day US car camping road trip again anytime soon. Those farm stays abroad were not only fun and educational, they helped us maintain our sanity! 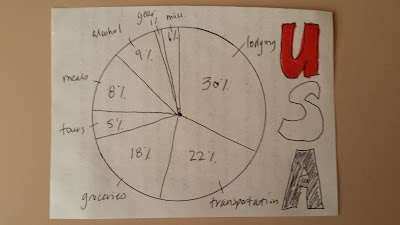 we'll just pretend the pen used for the "A" had blue ink
This is not exact. It doesn't include the $80 we spent on our National Park Interagency Annual Pass (which paid for itself after about 5 parks and historic sites). It doesn't include a new camping chair and cooler, or the groceries we bought in Maryland before we left. It doesn't include ticket prices for Frank Turner's Nashville show. Etc., etc. We were too busy having fun to edit the spreadsheet accordingly, so it's not exact but it's close enough to show that local vacationing can definitely be affordable. 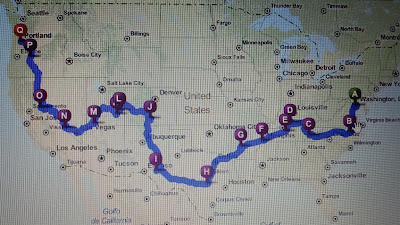 straighter than our usual lines 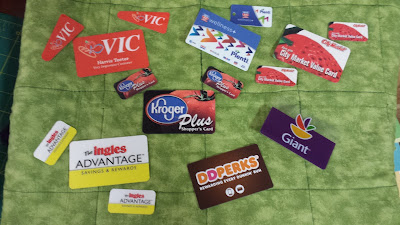 know anyone who can use any of these?

Over 50 days for about $3500 - all in all we were pretty pleased with costs on this trip. We didn't really feel like we denied ourselves anything (except maybe TexMex in the southwest and a few more zero days), we did almost exactly what we wanted to do, we ate well, we had a lot of fun and we saw some amazing sights.

Next year is the centennial anniversary of the National Park Service. Hopefully these posts will inspire you to check out some of the natural beauty in our own backyard. Melbourne and Barcelona are nice and all, but so is the southwestern US... It's also much more affordable!
Posted by Jen
Email ThisBlogThis!Share to TwitterShare to FacebookShare to Pinterest
Labels: camping, money stuff, united states, us national parks, us road trip