Out of the tourist loop, into the melting pot of Mae Sot.

We were dreading the long songtheaw ride from Mae Sariang to Mae Sot. We'd read stories of people straddling crates of veggies, people sitting on top or hanging off the back the whole time, people throwing up over the side because of the winding roads, people suffering from the unbearably cold wind/rain, babies crying the whole time, it taking eight hours... Joy.

But it was fine. After several cramped uncomfortable songtheaw rides we made sure to get to the bus station early for a good seat but this wasn't really necessary - not only were we the only ones leaving the bus station, we had the whole songtheaw to ourselves for a good portion of the ride (which only took five hours, not eight). The roads were no more windy than the Chiang Mai-Pai route and while parts were a bit rough they were no worse than our minibus from Oudomxai-Pak Beng. The cool air through the mountains was heavenly - at one point I considered getting out a jacket, but then decided to enjoy the rare feeling of being cold instead. We even left on time and got in an hour early. 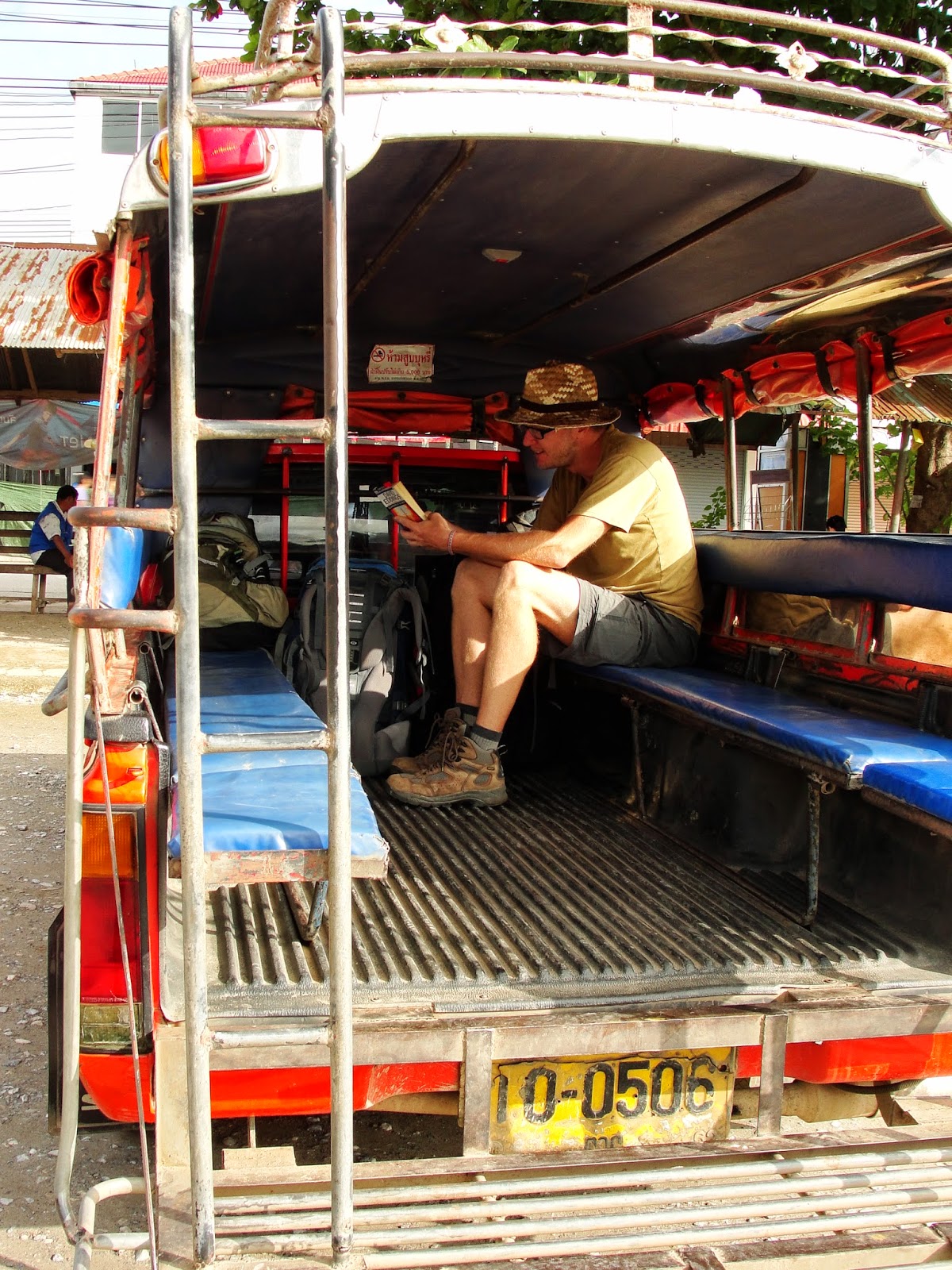 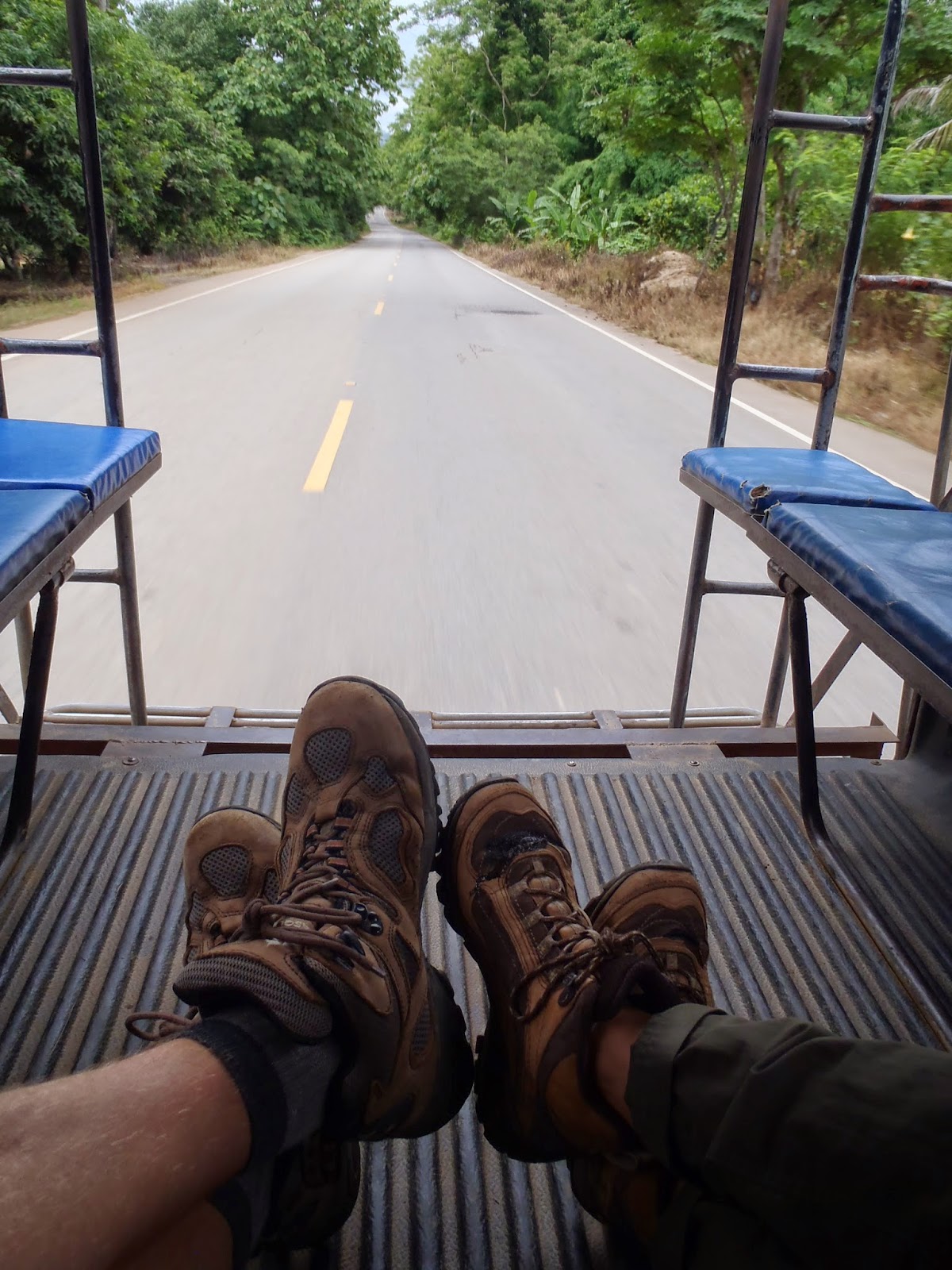 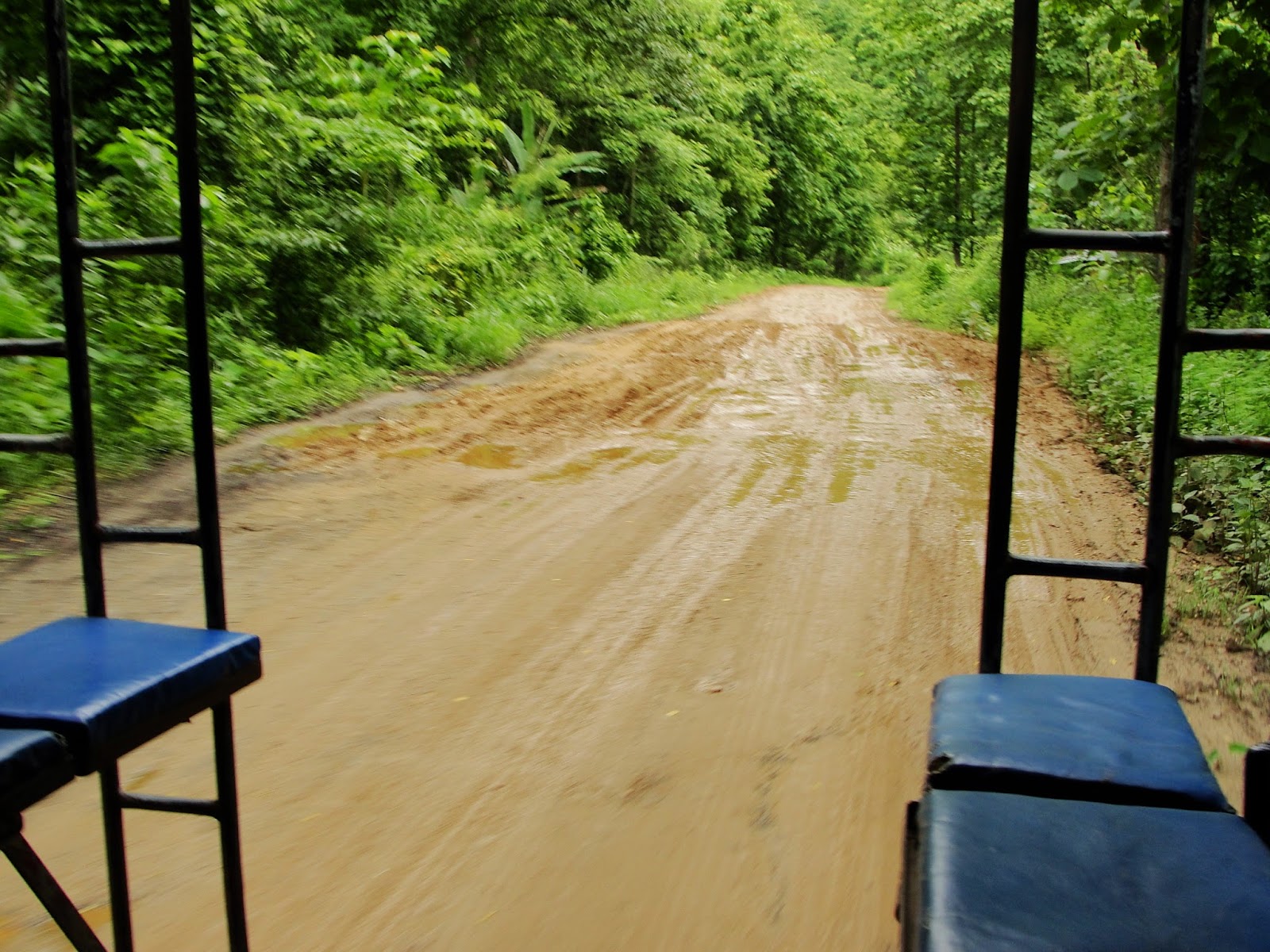 Mae Sot is not exactly a tourist town - the few tourists who do stop here are usually en route to Burma, Mae Sariang or Umphang. On the surface it's your average mid-sized Thai town with the usual spread of markets, shops, wats, 7-11s and the token pizza/burger joint (Famous Ray's in this case - they even deliver!). Very little is in English but everyone is really nice and as usual, charades with a smile generally bridge the communication gap. 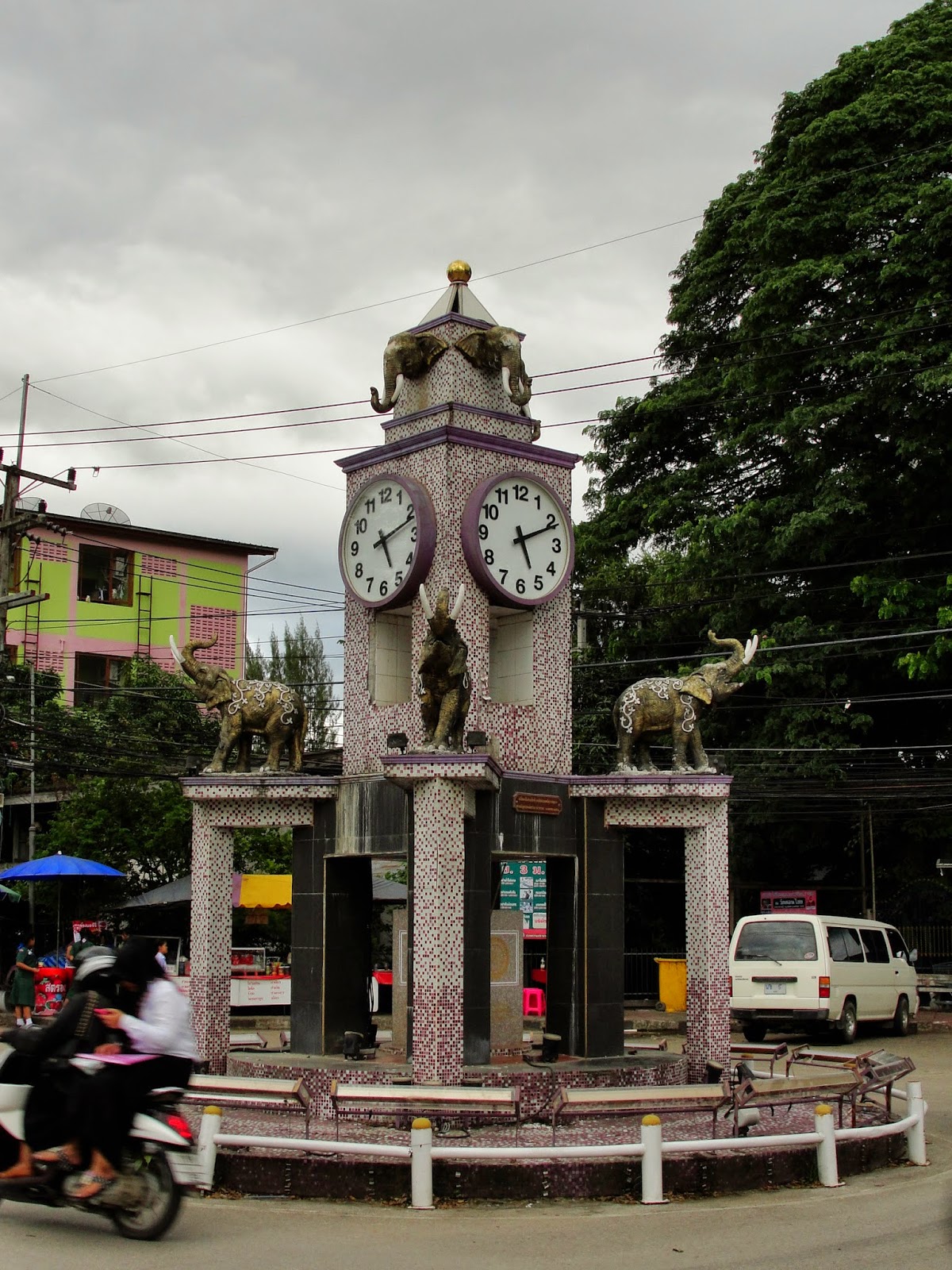 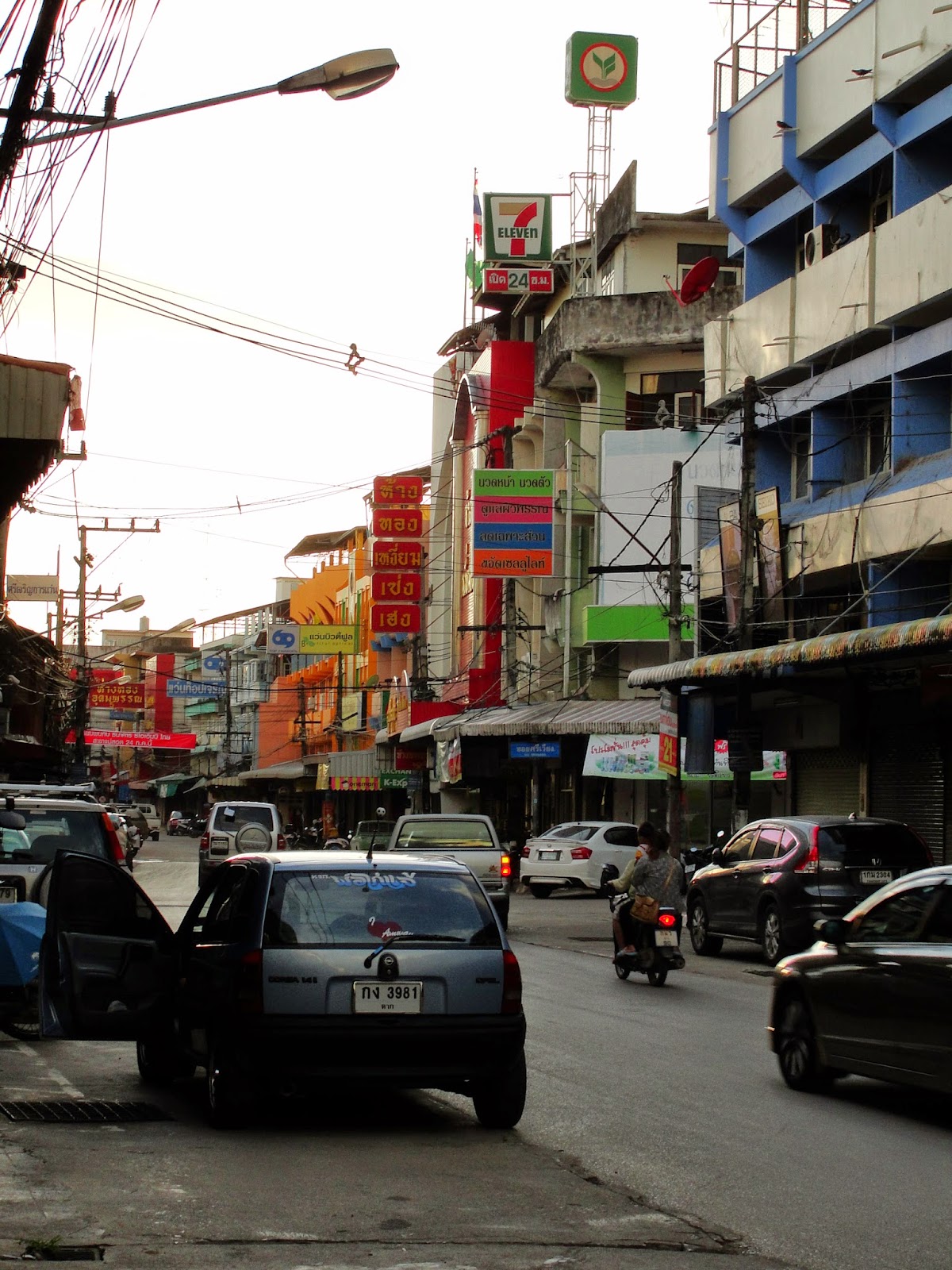 But after a few hours we noticed a difference between this and every other average mid-sized Thai town. There's an energy in Mae Sot, a buzz we hadn't really felt since... Morocco maybe?

There are thousands of Burmese migrants and refugees in Mae Sot. Some are able to find legitimate, decent work in town or the surrounding areas but many work in sweat shops and factories and some are illegally transported over borders to be employed in the sex industry. We'd learned a lot about the refugee plight from Patrick's family friend in Chiang Mai who works for this organization - all of this is a problem all along the border, in all of the towns we'd been visiting. It's just a bigger problem here right now.

We rode past a huge refugee camp on the way into town. It was the only time in rural SE Asia that we'd seen so many bungalows crammed so tightly together in such a small area. Near the camp, police checkpoints (scattered everywhere along our northern Thailand journey) actually checked passenger IDs - up to this point our drivers had either cruised through the checkpoints with a honk and a wave, or occasionally stopped to allow an officer to poke his head through the bus door for a peek.

Dozens of NGOs in Mae Sot work on behalf of migrants and refugees to provide fair, safe, income-producing opportunities. While we were in Mae Hong Son we had the idea that someone should organize an "NGO tour" that takes you around to agencies, where you hear information on the local issues and what's being done to address them. If any town needs an "NGO tour" it's Mae Sot.

But with no "NGO tour" to pass our time we visited the daytime market that felt more like a medina than a street market (only without the donkeys). Every face looked different; clothing ranged from western shorts and t-shirts to sarongs, hijabs and the occasional burqa. Women carrying baskets and packages on their heads weaved among young Thai men on motorbikes zipping through the streets. Children wore thanaka on their cheeks and arms. There were fruits and foods we'd never seen before. The diversity was impossible to ignore. It was busy, chaotic... and completely energizing.

We also walked to the border of Burma, about 5km from town center. We'd seen photos of people crossing the river illegally and between that and our police checkpoint experience we thought it would be a little more dramatic, but it was just an average border crossing. A good thing all in all, but still a rather anti-climactic 10km trek in 100 degree weather. 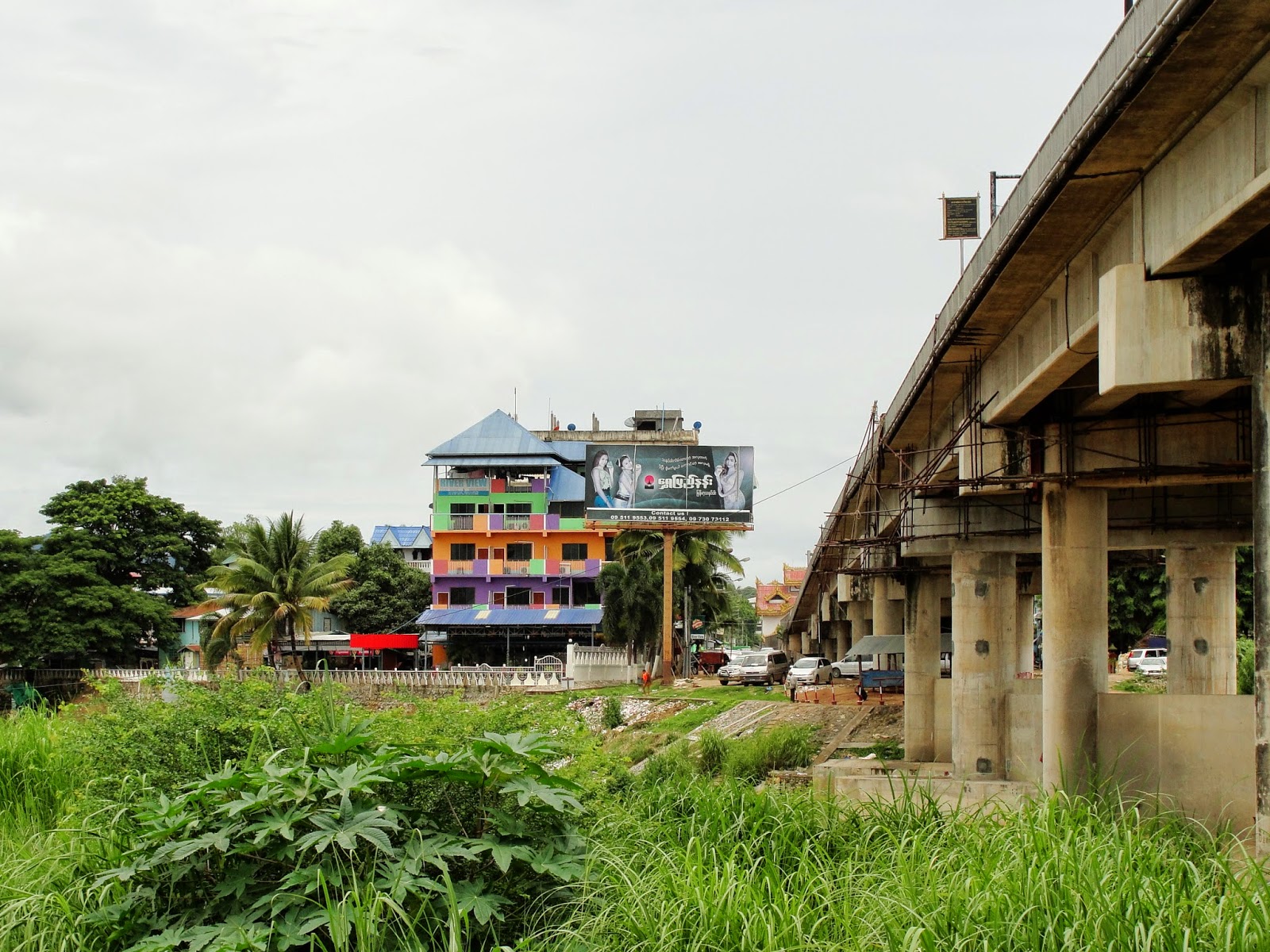 Burma from the base of the Friendship Bridge

Oh, and we stopped in the MEGAHOME - possibly larger than any Home Depot we have ever visited - to purchase work gloves for our sad little townie hands. Miming "gloves" is more difficult than it sounds but eventually the staff pointed us to the right aisle. 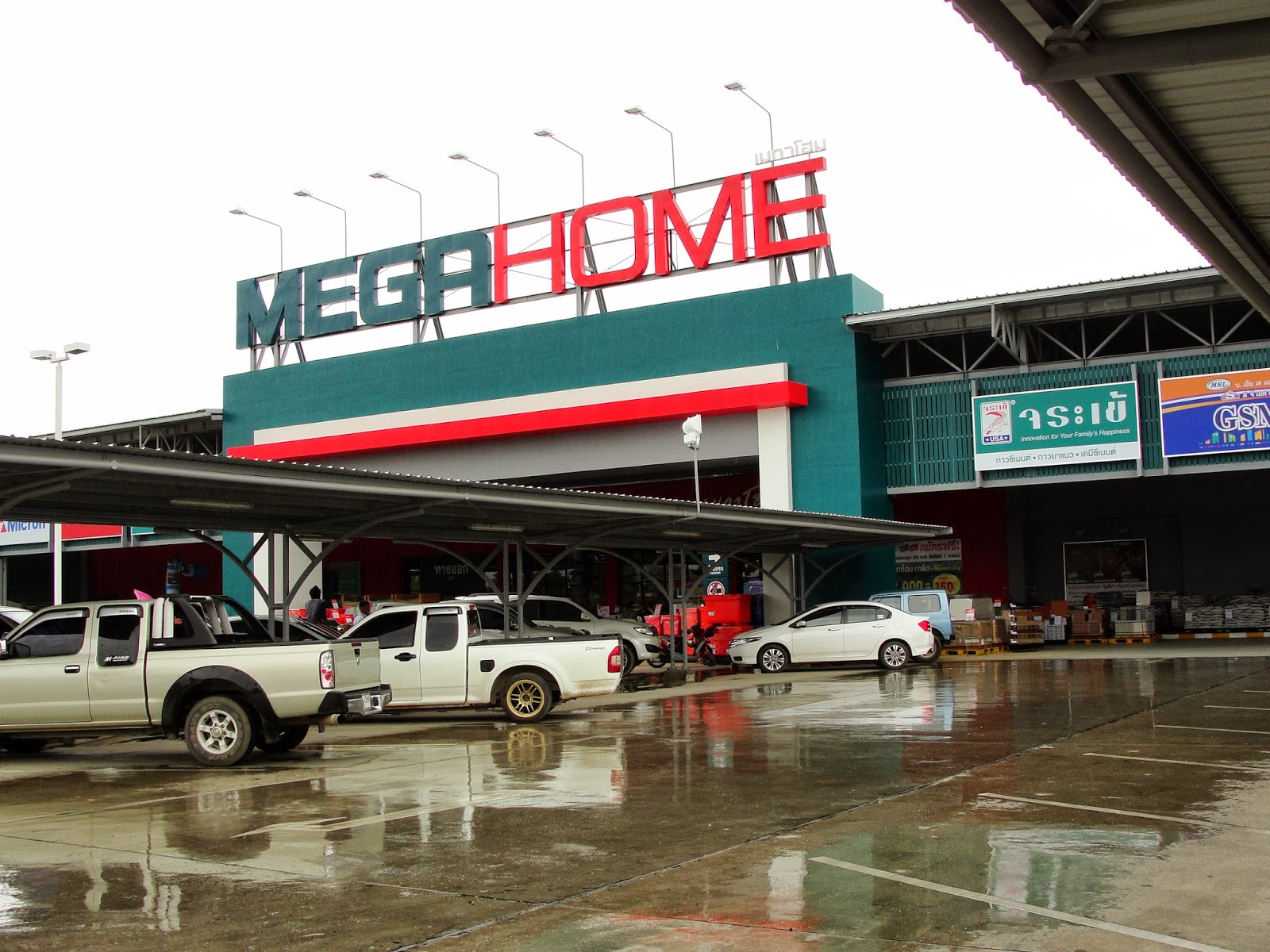 What's above is a quick summary of what we knew about Mae Sot going in, what we observed in our 36 hours, and what we have since learned. (Any corrections and/or additional information would be most appreciated.) We still have many questions about what's actually going on in Burma right now, the politics between Thailand/Burma, the level of community support toward migrants and refugees and whether these camps are a good or bad thing, the success rates of the NGOs... We're not sure where to start for unbiased answers to any of those questions. And it also raises lots of questions about the current/constant US/Mexico immigration issue - not nearly as dire a situation, but nearer to our minds. Ahhh, politics.

Suffice to say, we really enjoyed our brief stay in Mae Sot. It's a fascinating town. And now let's move on to lighter topics... 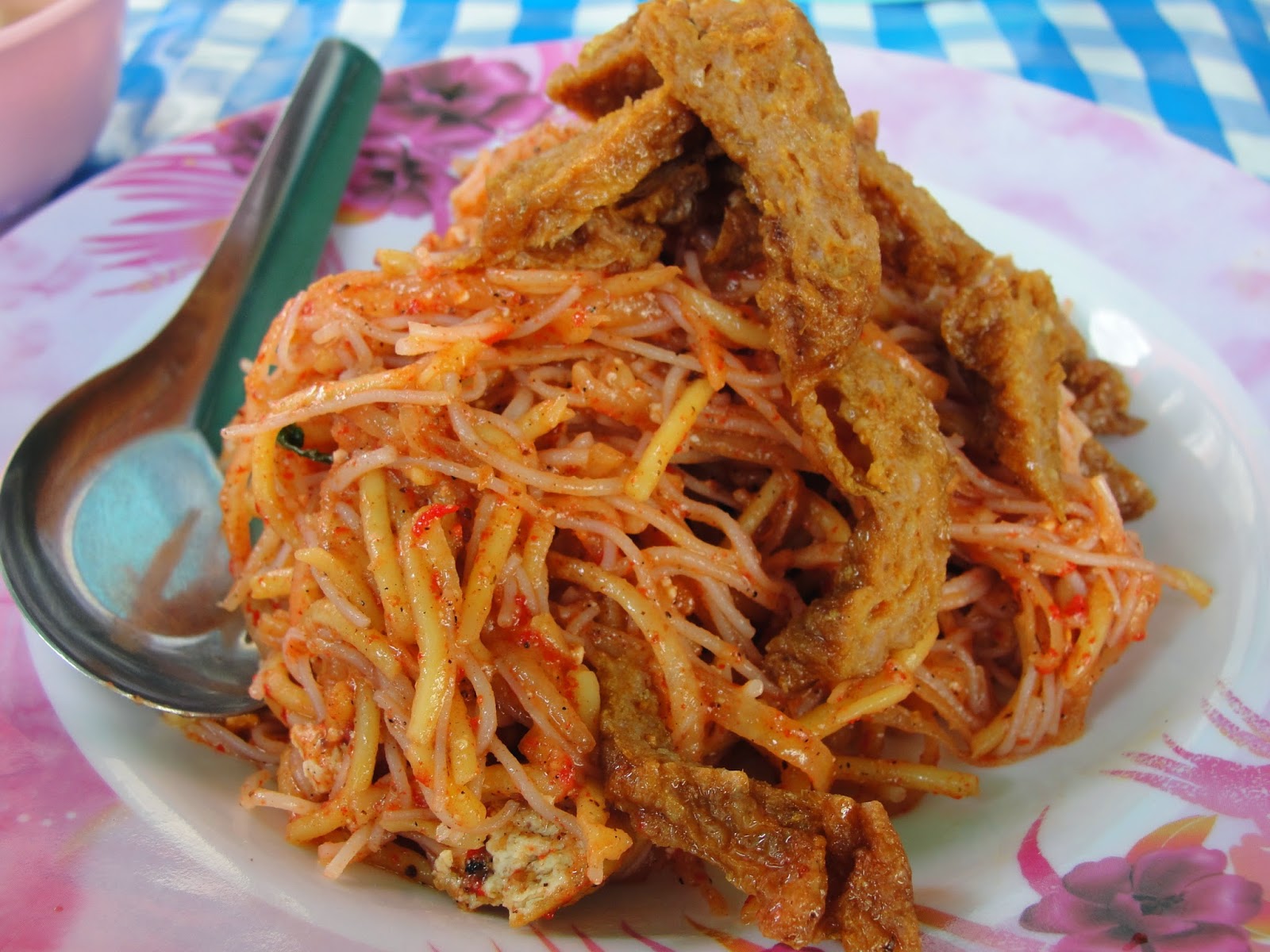 spicy tofu noodles for breakfast from the market 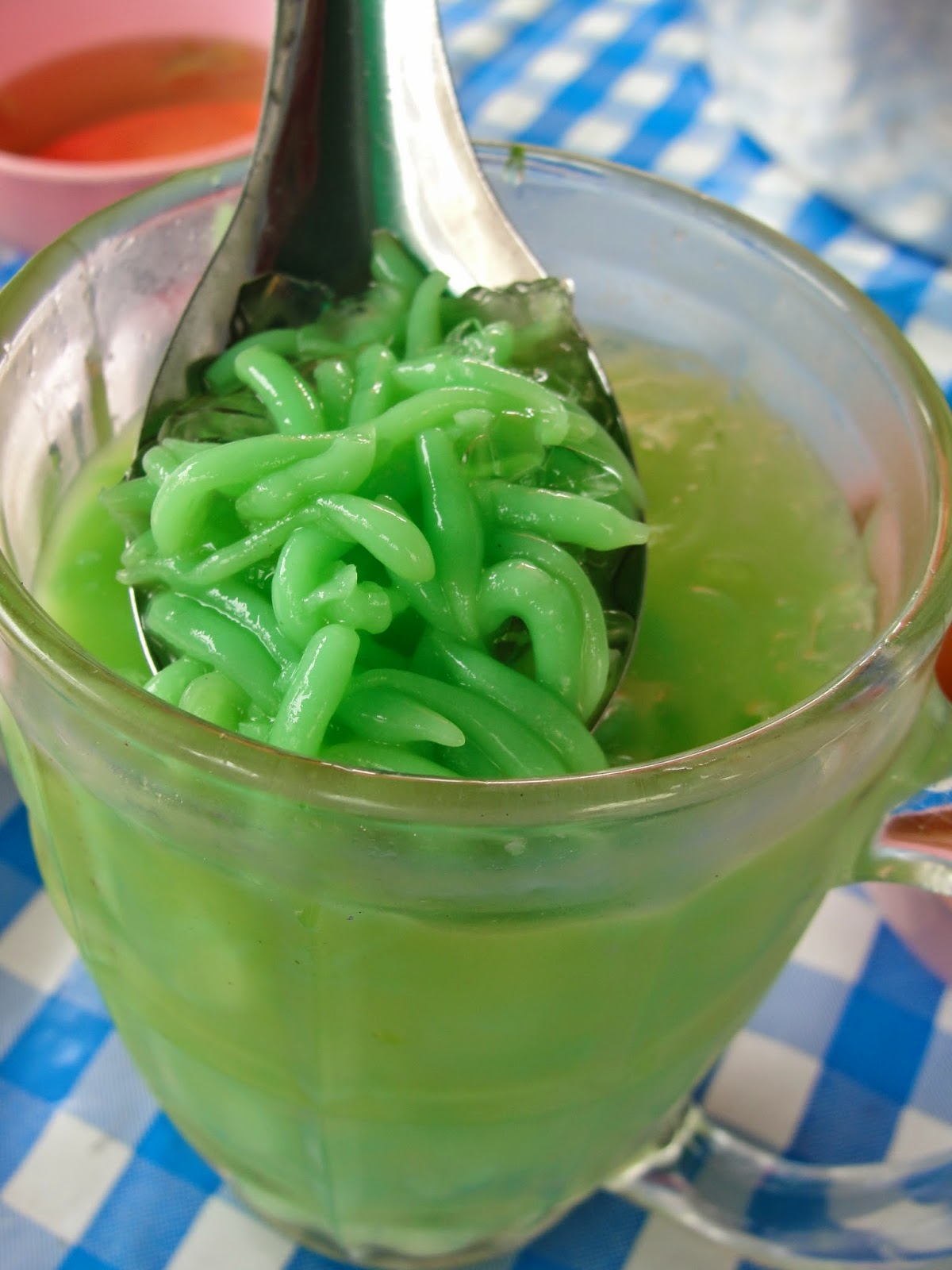 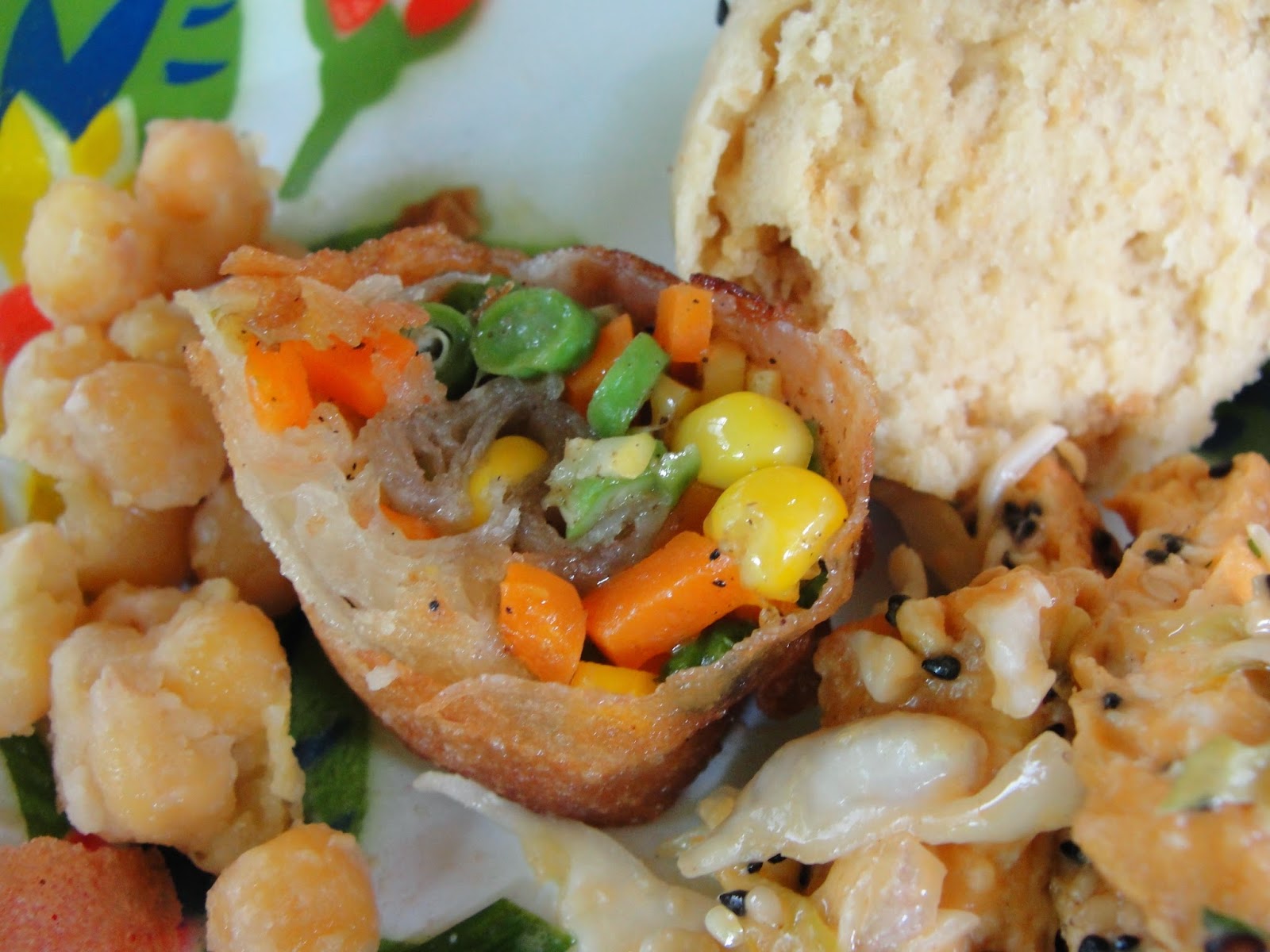 the spring rolls were particularly amazing 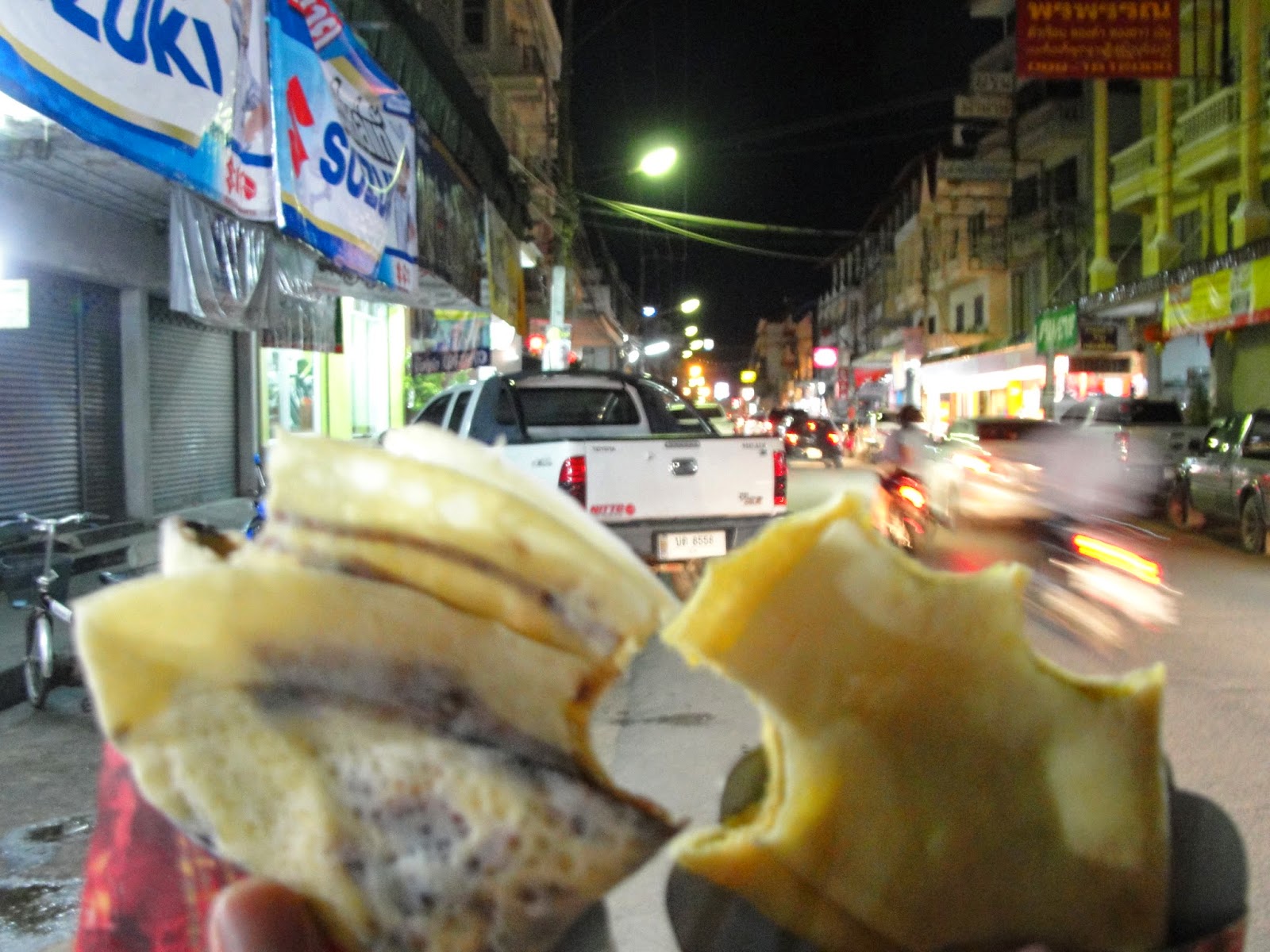 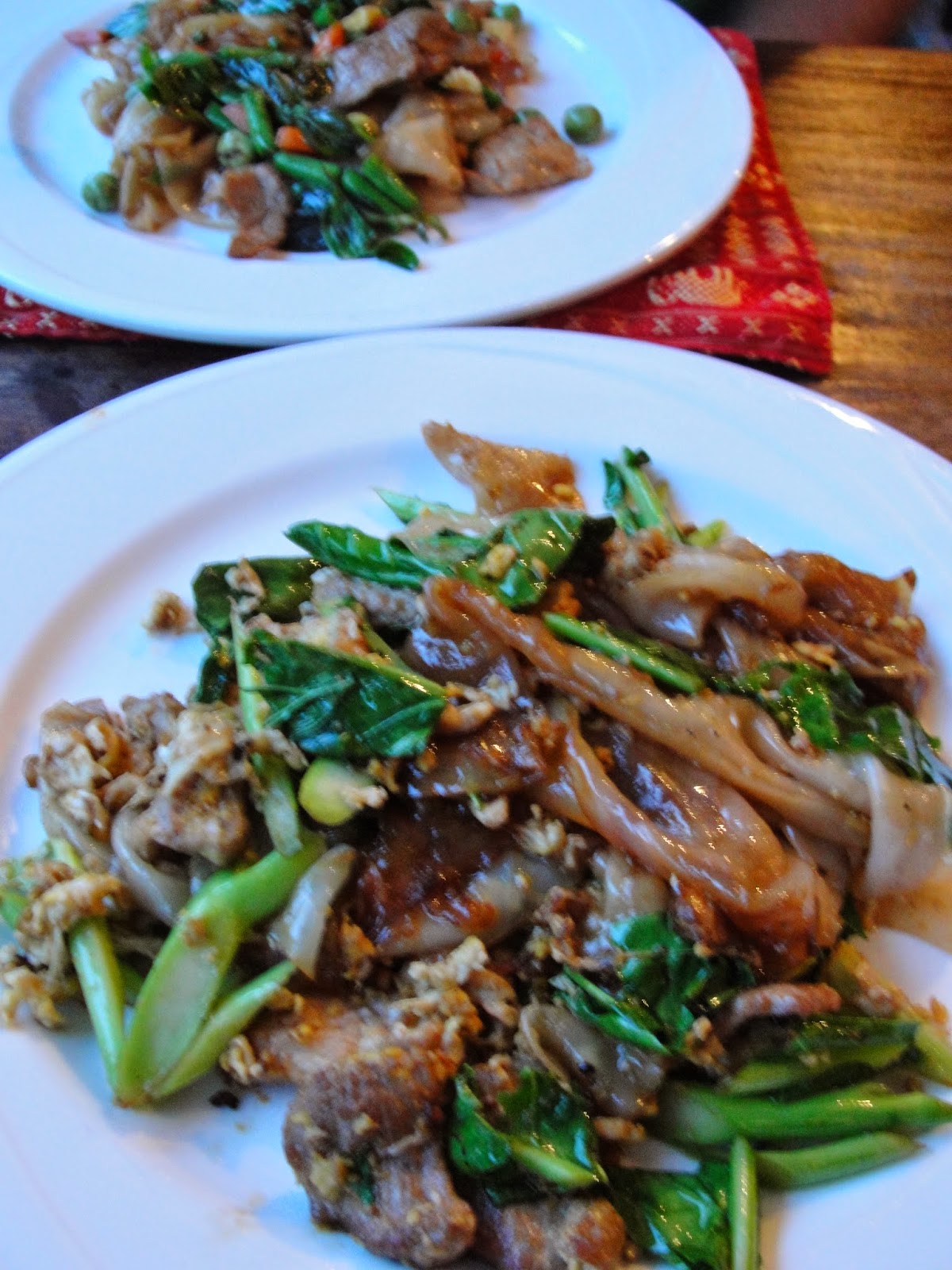 
Lodging notes: Bai Fern Guesthouse was also pretty disappointing but given the looks of the other guesthouses we passed, it was probably our best option. Our room was a musty cave with a shared bathroom, but the staff were nice and it was cheap and they did provide free hot/cold drinking water which is pretty rare in Thailand. So for two nights that's all that really mattered.

And now our mountain "off the beaten path" diversion is done. Our lull has officially come to an end - we've mapped out the next few weeks and things might get a little crazy. But we're looking forward to something completely different - starting with the historic city of Sukhothai!
Posted by Jen
Email ThisBlogThis!Share to TwitterShare to FacebookShare to Pinterest
Labels: asia, thailand