Horsing around in Uzumlu.

Since the first of December we've been in Uzumlu, Turkey helping a UK couple with five horses they've rescued from abuse or abandonment. It's another one of those WWOOF-like opportunities where we get room and board in exchange for learning new skills, and horse care was on Patrick's interest list.

We only have a week left so we thought we'd let you know what the heck we (and the other volunteers) have been doing all day to deserve our ensuite double bed private room and the well-stocked kitchen. Here's a quick rundown...

In the morning we tether everyone up, put out the breakfast food and prepare the horses' evening meal. There's a food schedule, a handy reference sheet listing all the food amounts, and labels on all the containers and buckets. Particularly after our last two Help Exchange experiences, and because the food is sort of complicated at first, the organization has been very appreciated! 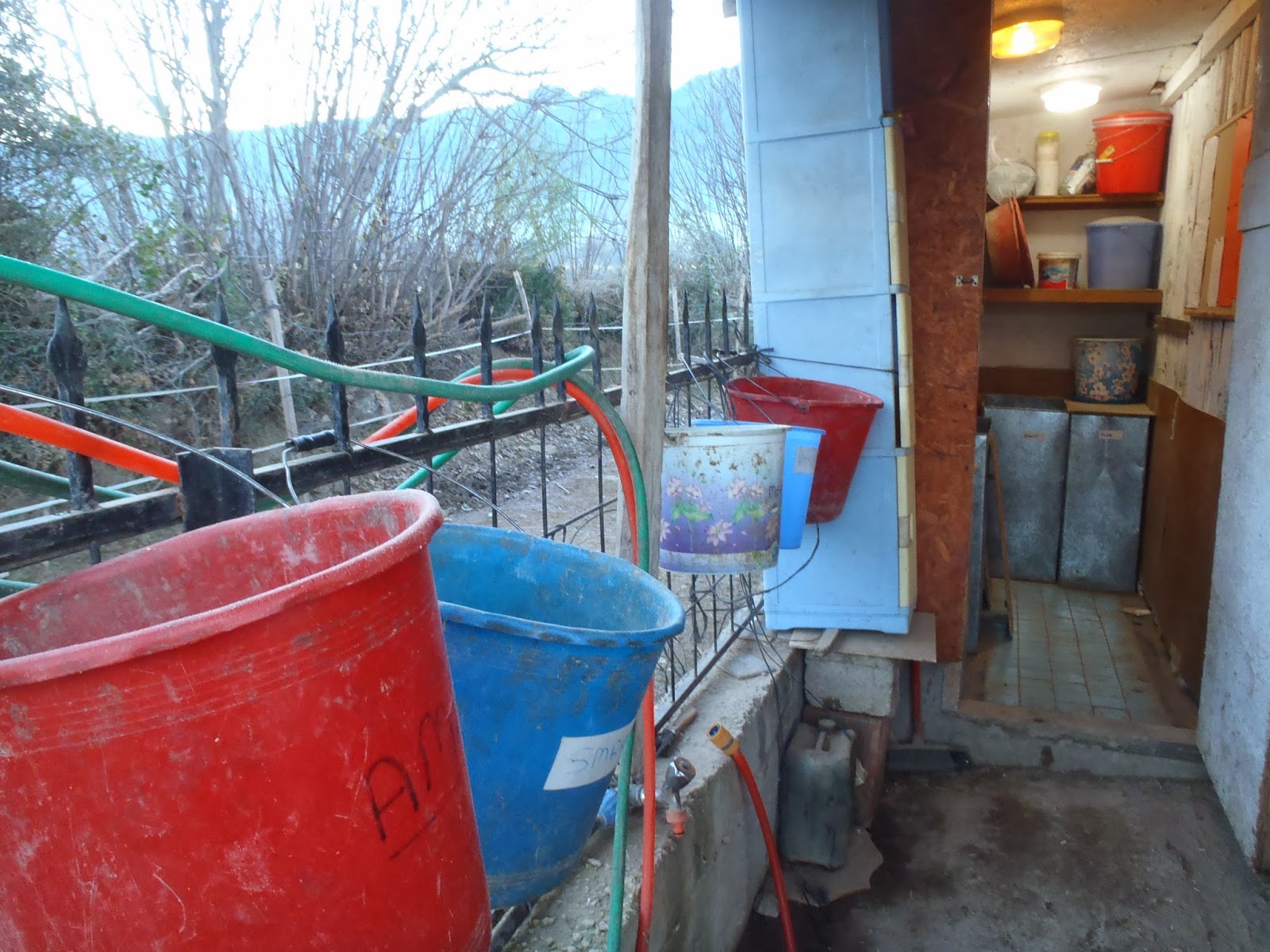 The horses get a mix of chaff, bran and various other goodies whose names won't mean much if you're not a horse person. They also get a net full of delicious-smelling hay and tear into it, dropping half on the ground in the process. 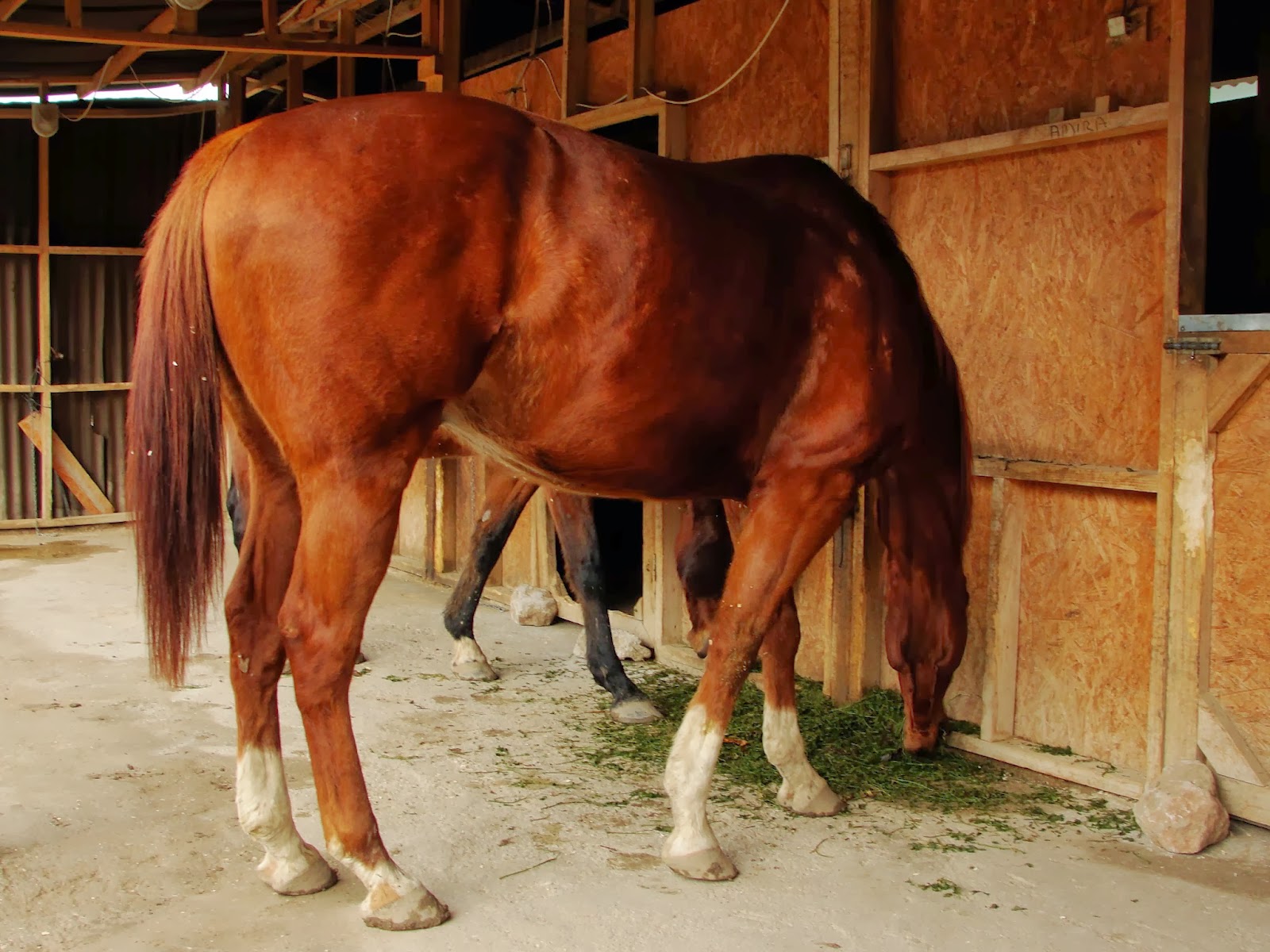 This feeding process happens three times a day (usually 7am, 4pm, 9pm). The food and amounts are slightly different for each feeding time, and occasionally our host changes amounts or herbal remedies depending on the needs of the horses.

Next we muck out the stables. The floors are lined with wood shavings because they're absorbent, inexpensive and more accessible than straw in these parts. They're easy to muck out but they're quite dusty. It's AS FUN as it sounds! 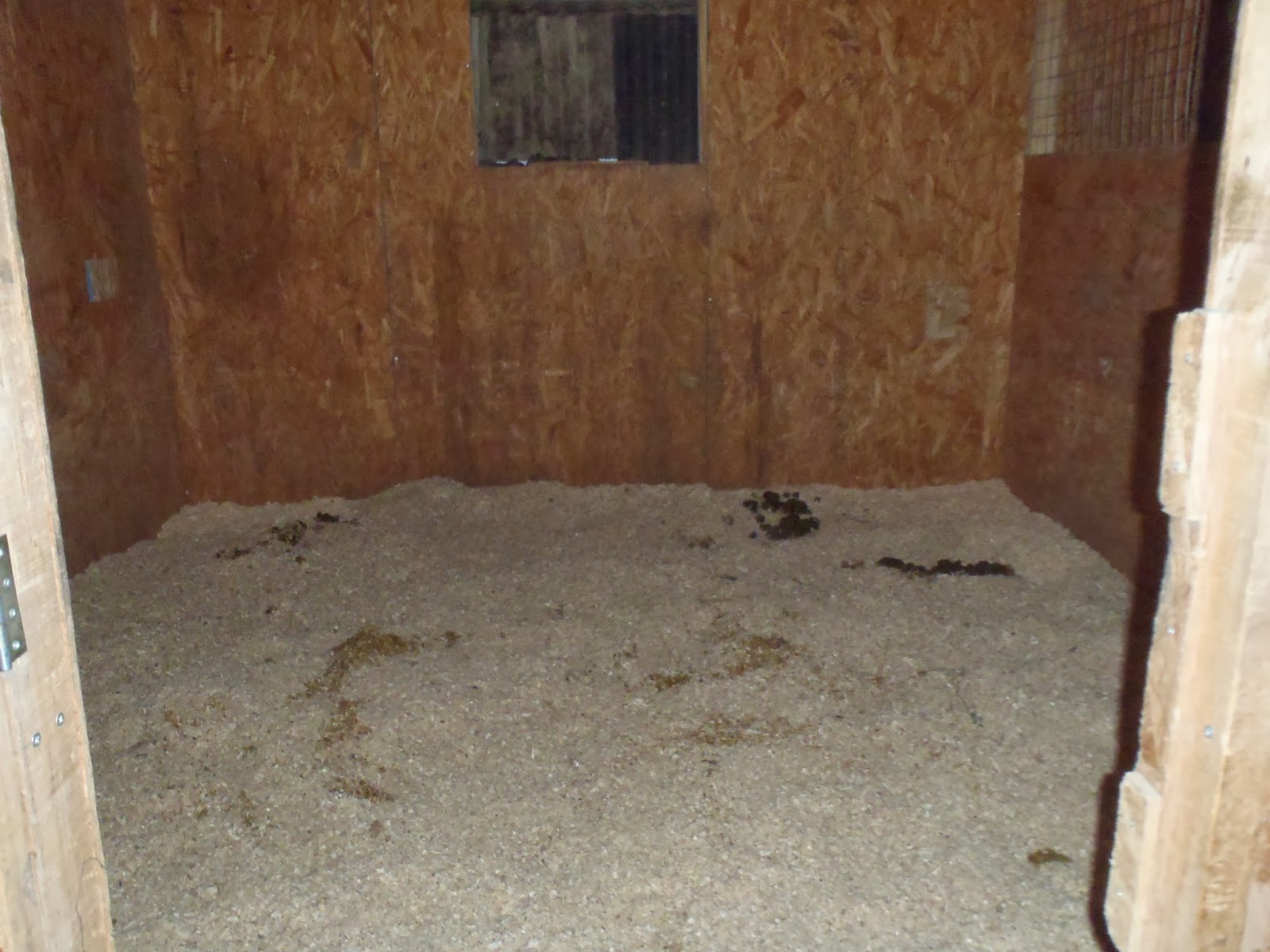 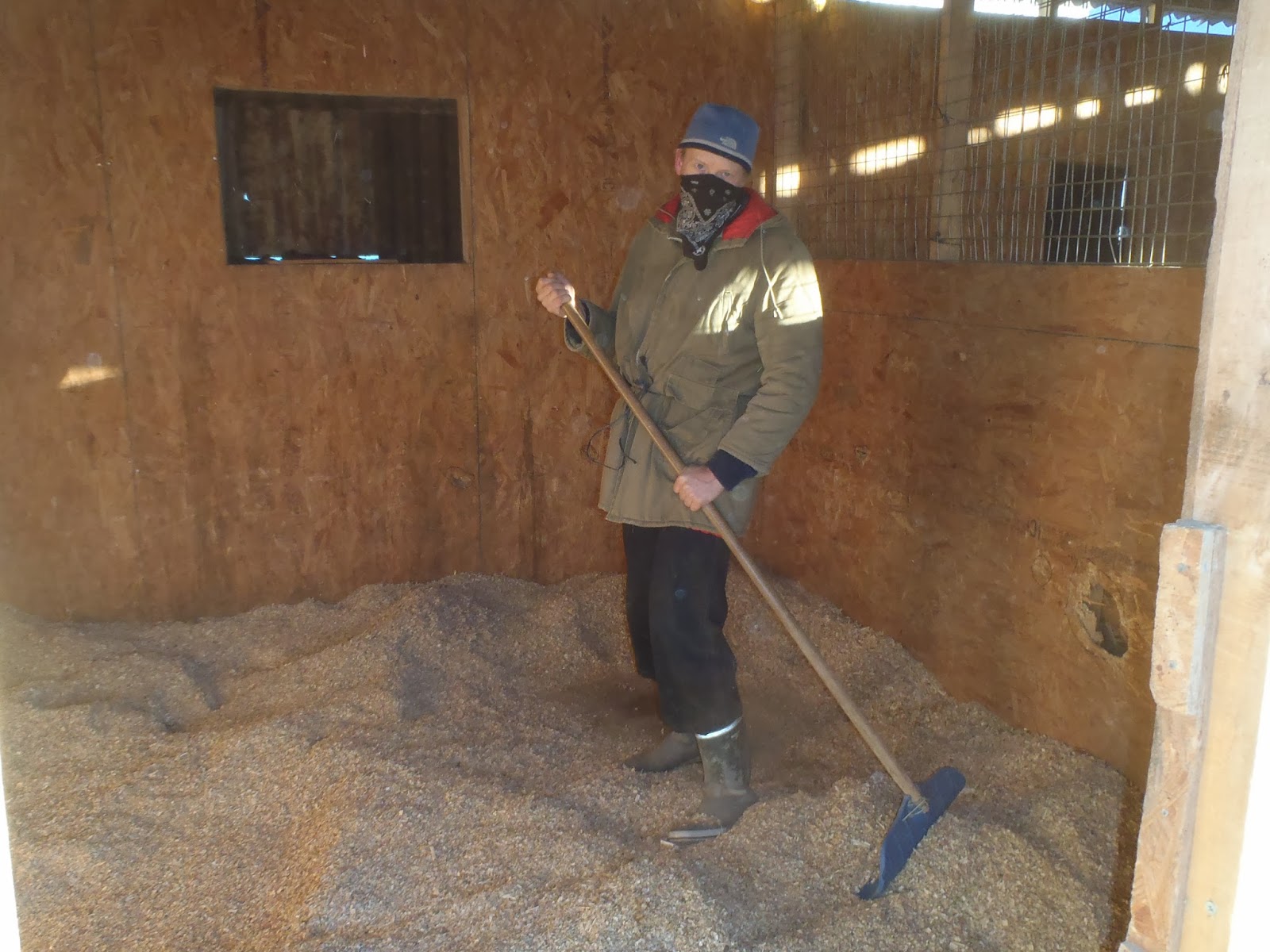 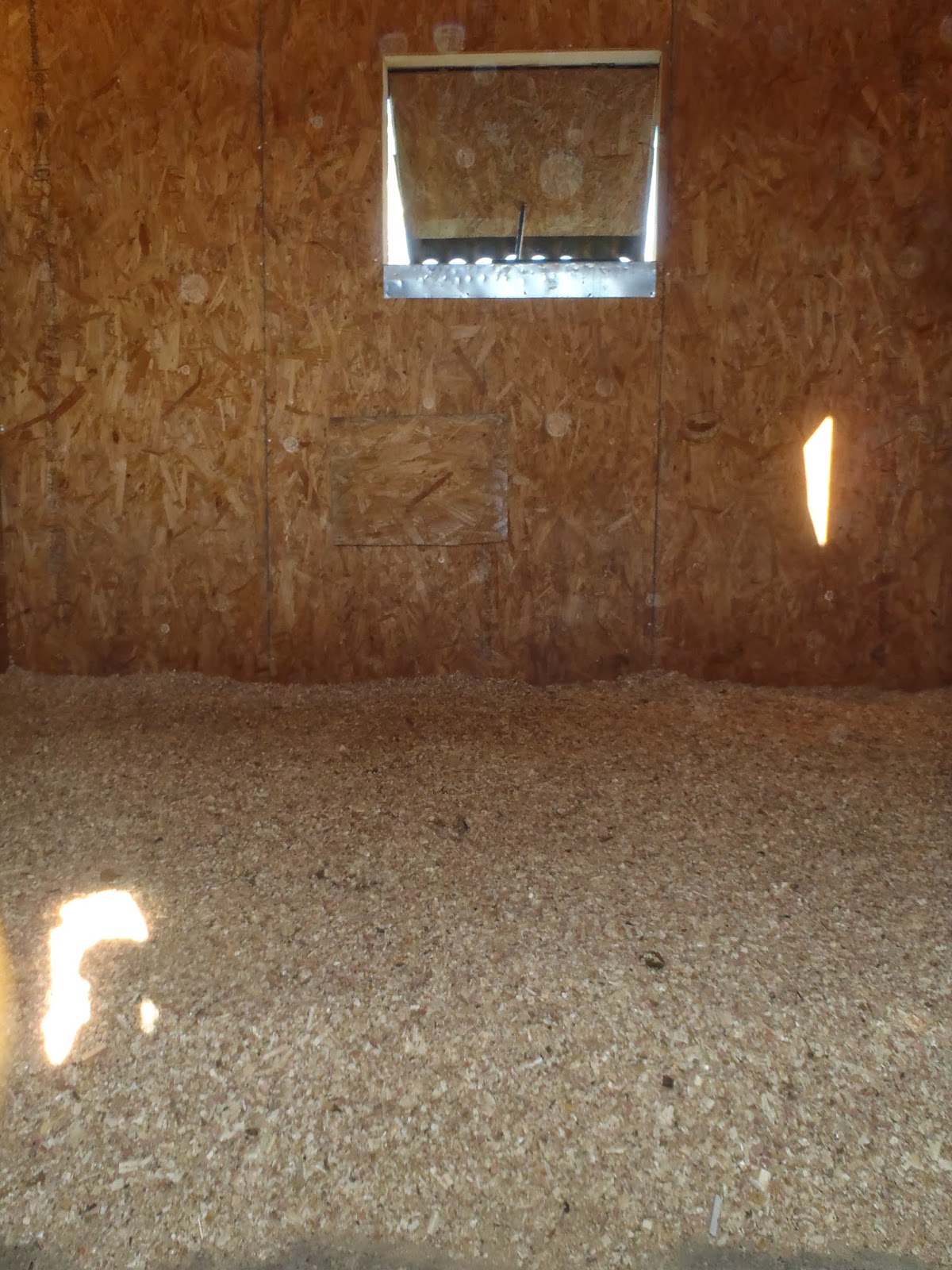 This task takes about 30 minutes per small stable and up to an hour for the larger stables. We do it twice in the mornings, because the horses go back into their stables for an hour's rest between breakfast and morning hay. We also clean up the manure in the paddock in the afternoons and evenings.

Mucking is usually a joint effort where little tasks are done by different people to complete the larger task. One little task involves dumping everything into a compost pile. Once in a while local people come by to carry compost off for their gardens, but in the meantime the pile grows. Occasionally in the afternoons, a horse gets on top of the compost pile just for fun. 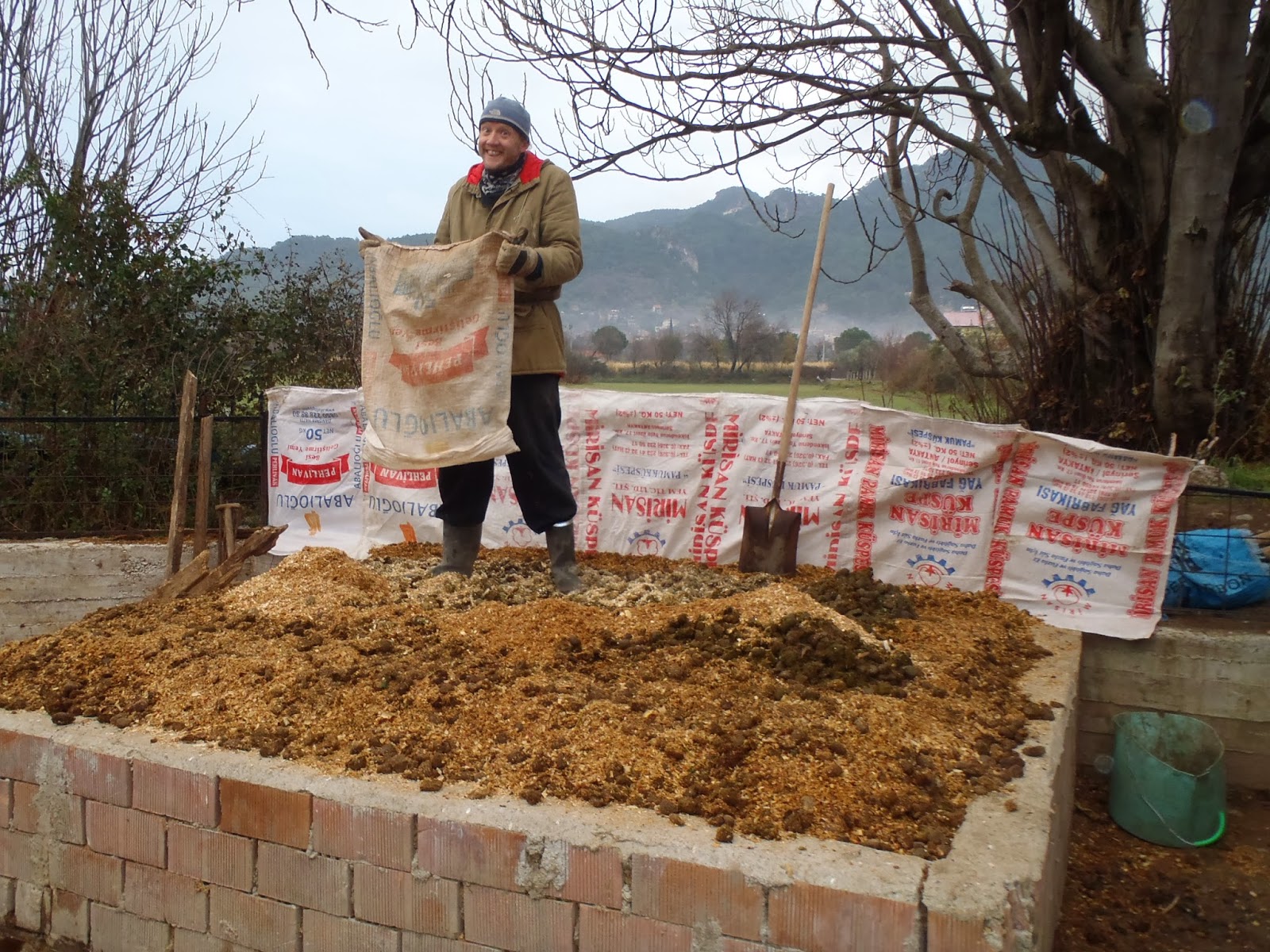 not a horse
(but so much fun!
can't you tell by his face?)

On a good day we're able to clean the horses' feet. Well, some of them anyway. They're all barefoot so it's pretty easy when they stand still. Each foot on each horse is different, of course of course, and in addition to cleaning the main part of the hoof we also have to be sure to dig out small stones that collect around the edges of the foot. 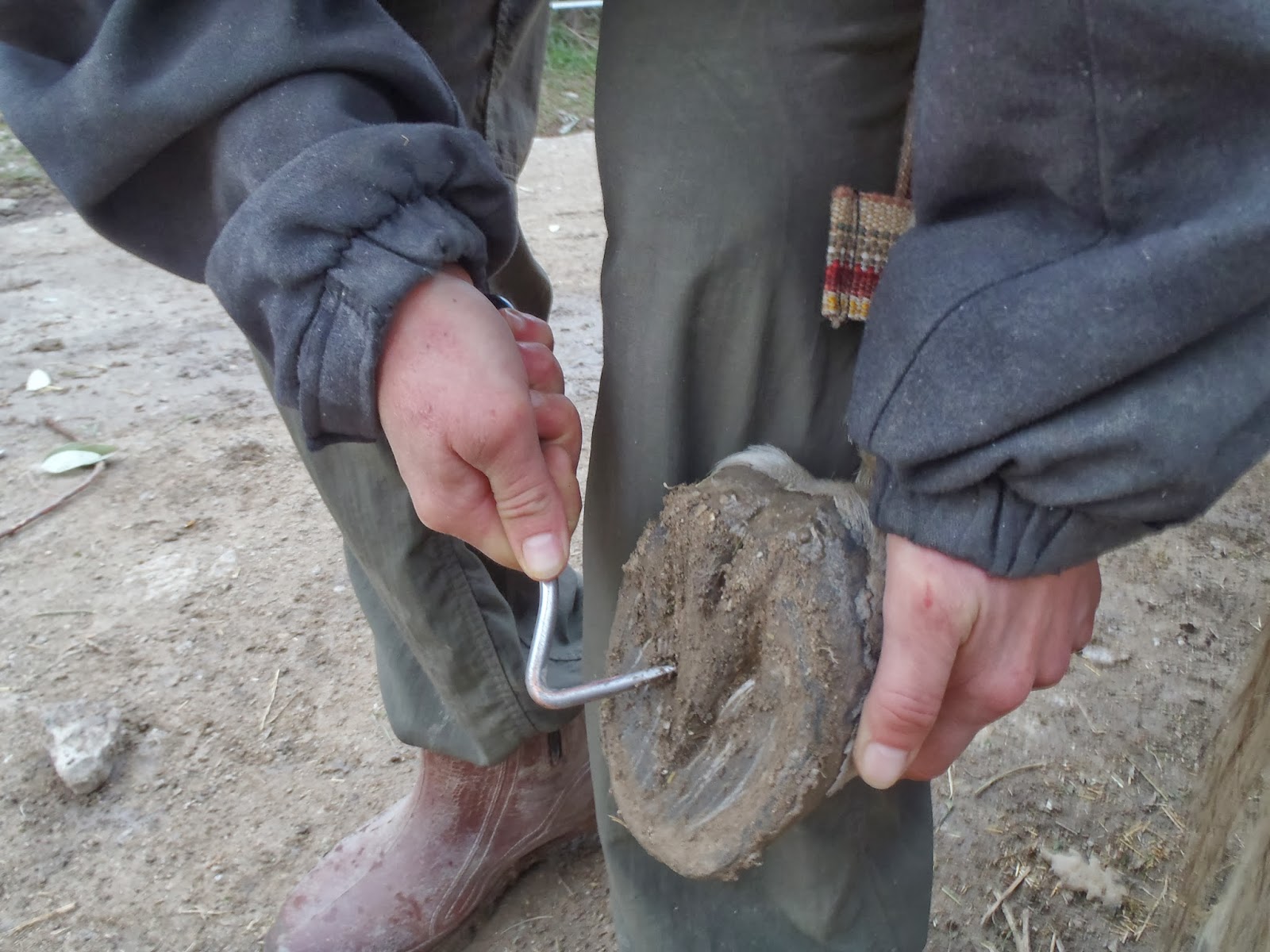 Star was having a good day

It's pretty intimidating until you get the hang of it, and the horses sense when you hesitate and use that to their advantage. At this point Star is the easiest because she's so small and lifts each foot in advance instead of making you work for it. Amira is usually pretty patient but she gets nippy when hay is on the way. We've done Smartie a few times; during Jen's last attempt he gave her a lovely bruise with his mouth so we leave him for the pros now. Dervish and Merlin? Noooooo way. Toooooo big.

We also "rug" the horses in the afternoon and evening, and "derug" them in the mornings. It took a little while to memorize which rugs belonged to which horse (and also to remember that "rug" was another word for "blanket"). Depending on the temperature and time of day the rugs vary, and usually five minutes after we put them on they've gone wonky and need straightening. But we've gotten it pretty much down to a science at this point. 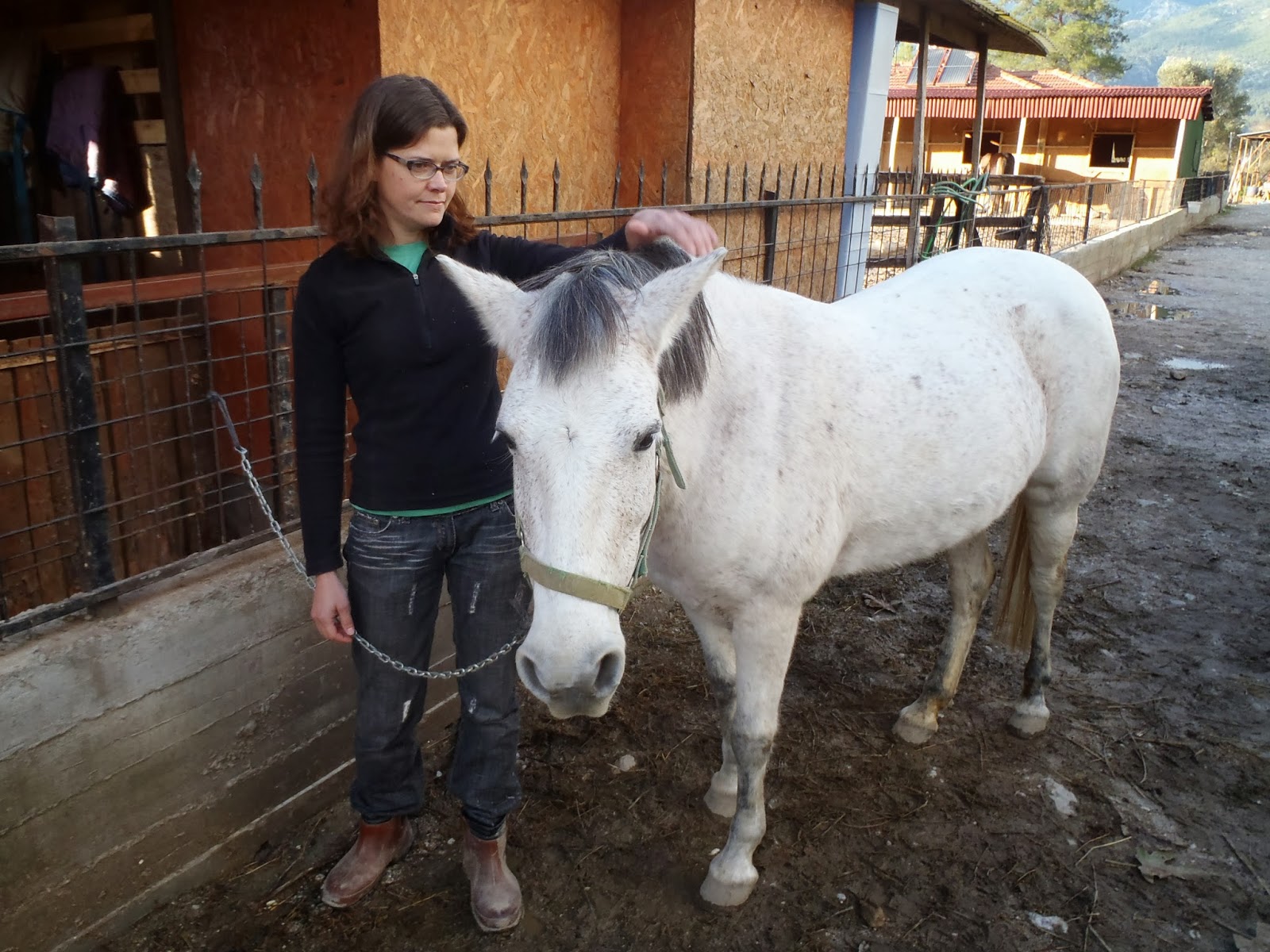 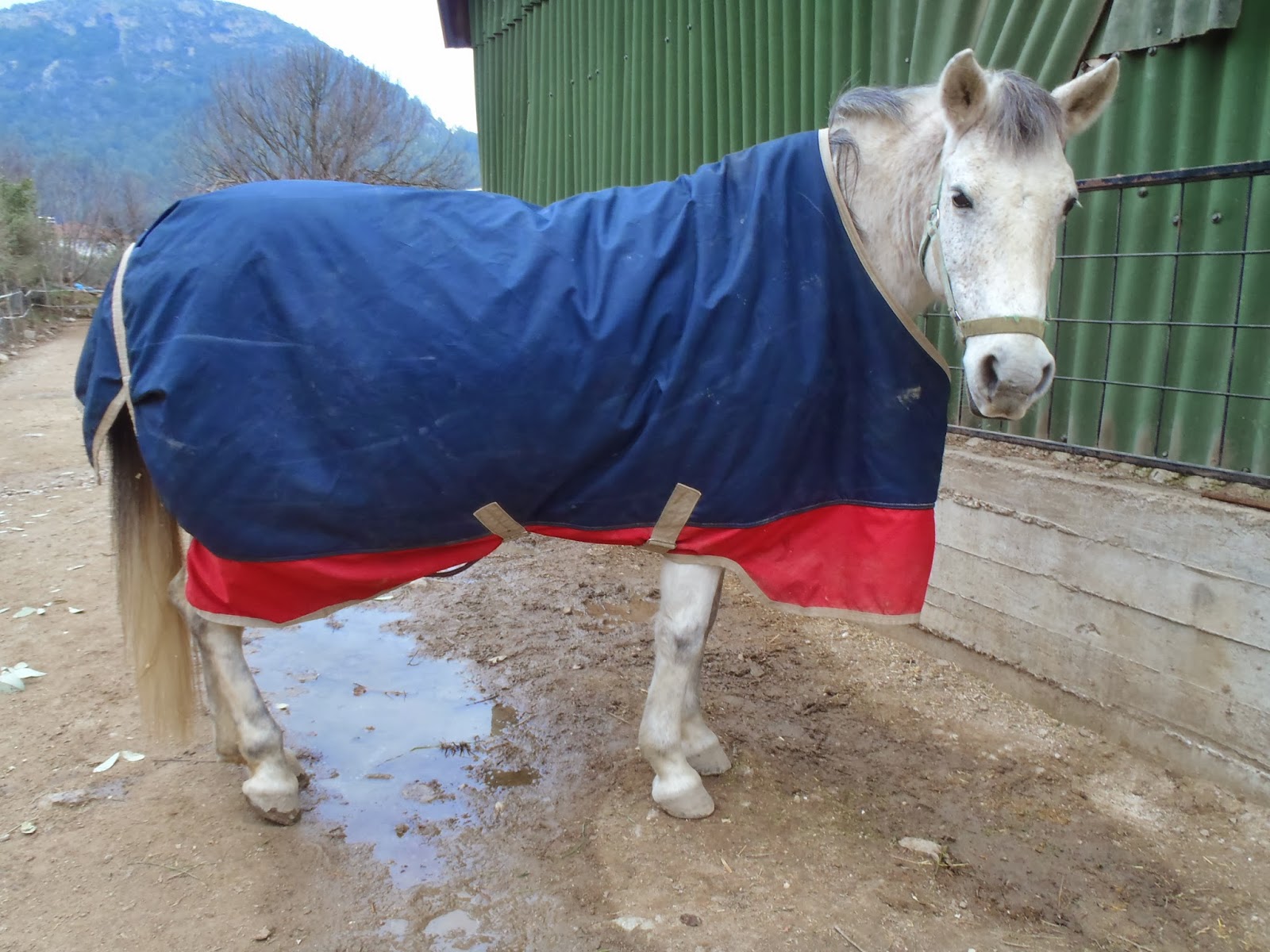 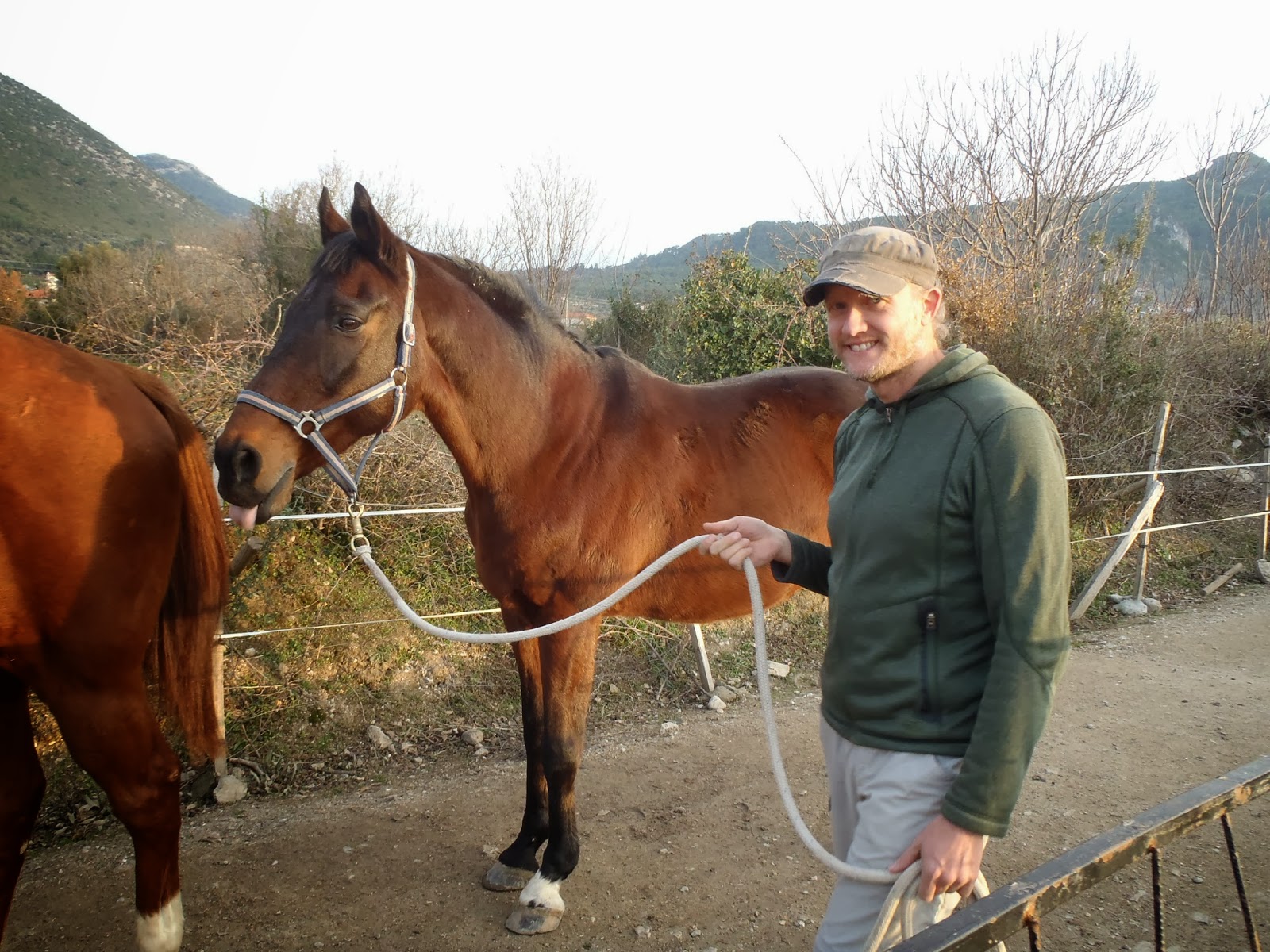 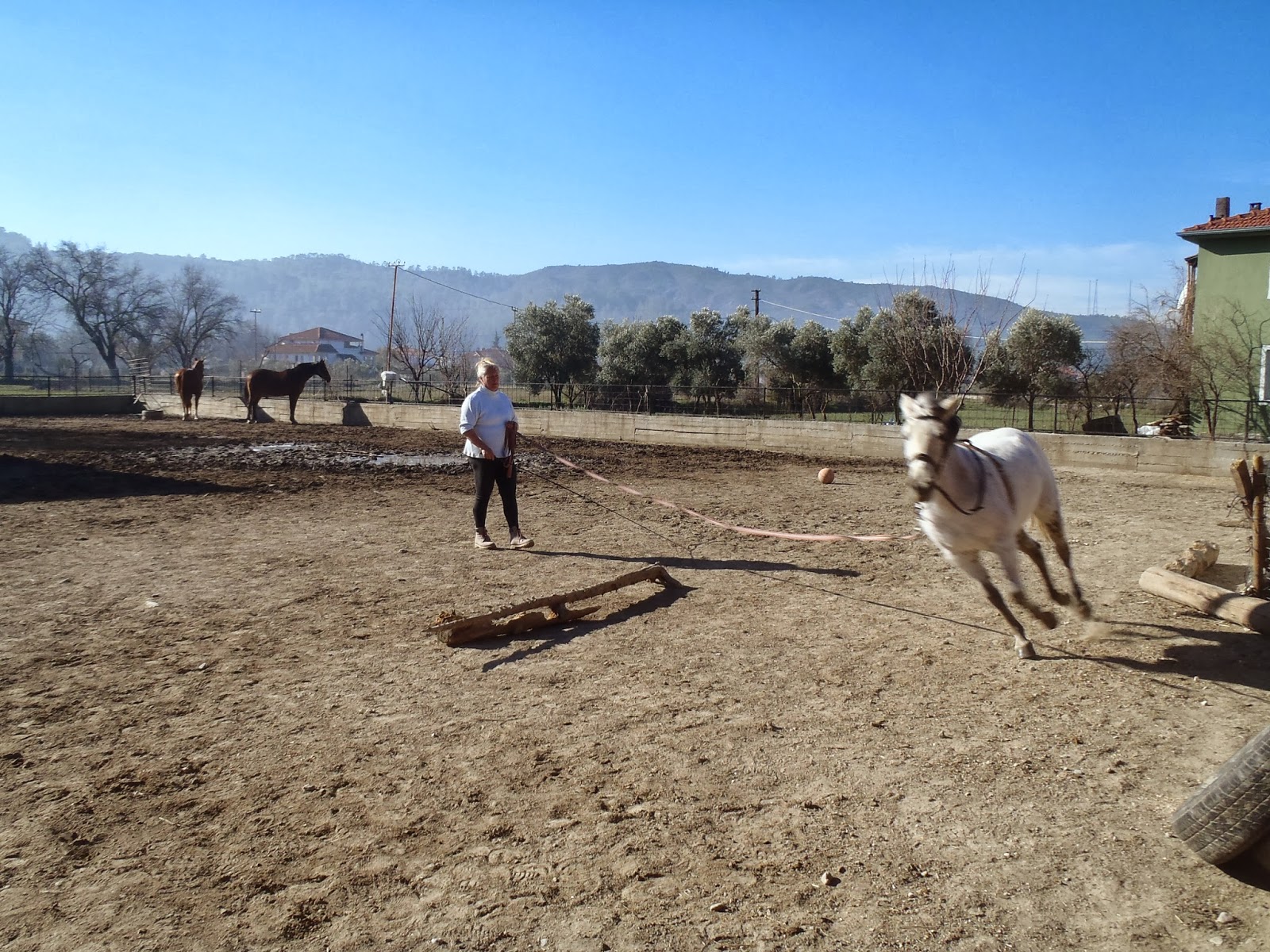 Because of the horses' natures and our lack of experience, we don't ride. But Patrick gets in quality time with them, and Jen has been taking time in the afternoons to brush Star and Amira's manes and tails. Especially with seven people (soon to be nine) here now, it's nice to have some quiet time and reconnect with the girls outside of the thrice daily chaos of chores.

There are horse and house projects here and there including never-ending fence mending, wood shaving collecting from town, and hay stacking, but all of those depend on the weather and any unexpected new priorities that come up... as they do, daily, on every farm we've visited.

We're also welcome to just chill out in between shifts... 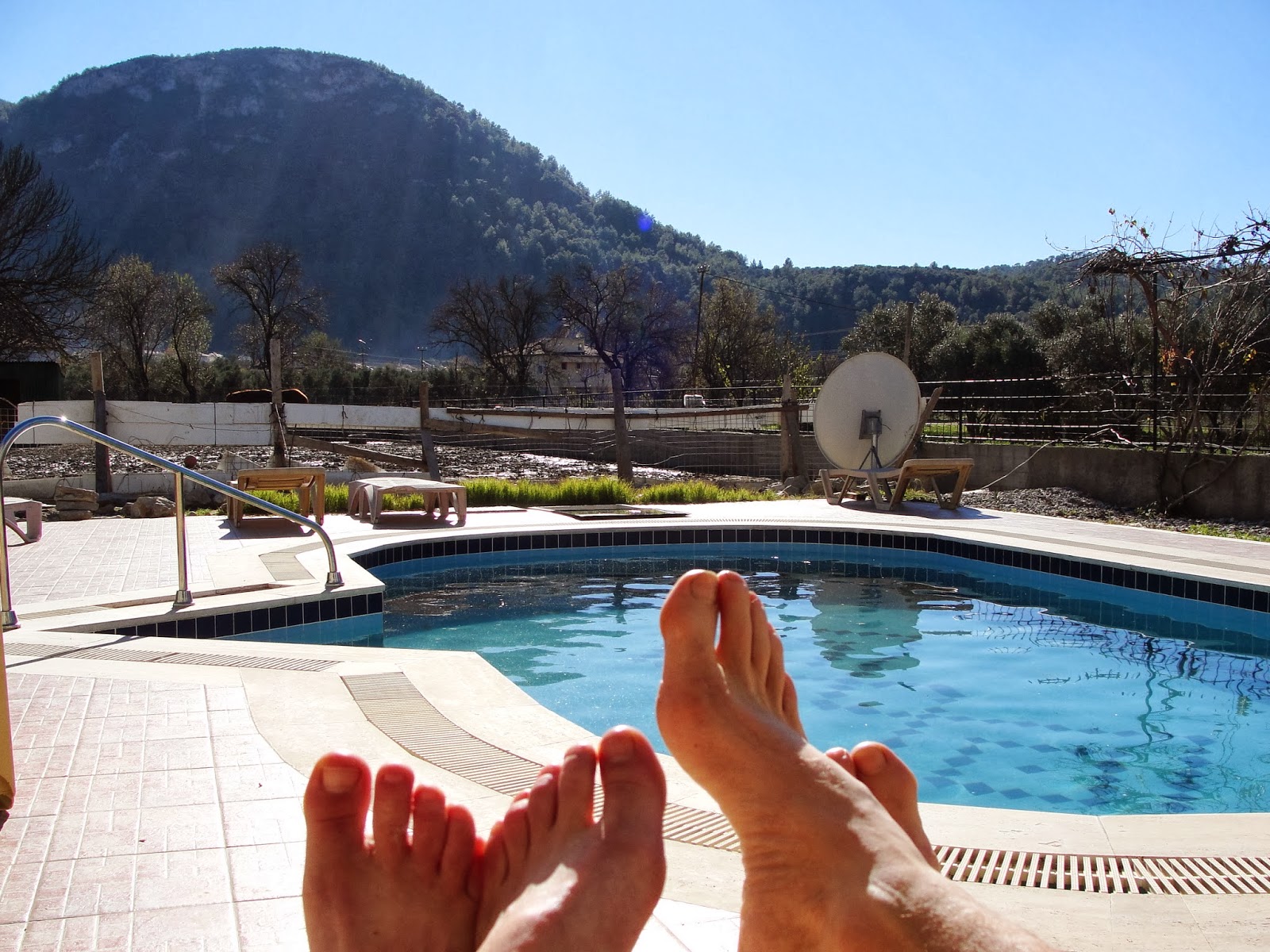 We're both on book #2 and our hosts have countless movies in regular rotation in the lounge. Patrick is halfway through the James Bond series and Jen has forced everyone to endure animal massacres in Watership Down and Ring of Bright Water.

We live communally with our hosts and their Help Exchange/WorkAway volunteers, and taking care of household chores is both expected and appreciated. Generally this just means keeping the place tidy (especially because our hosts are trying to sell their house) and helping with meals. Jen has had a great time cooking in our host's well-equipped kitchen, which means that Patrick is usually left with dish duty. 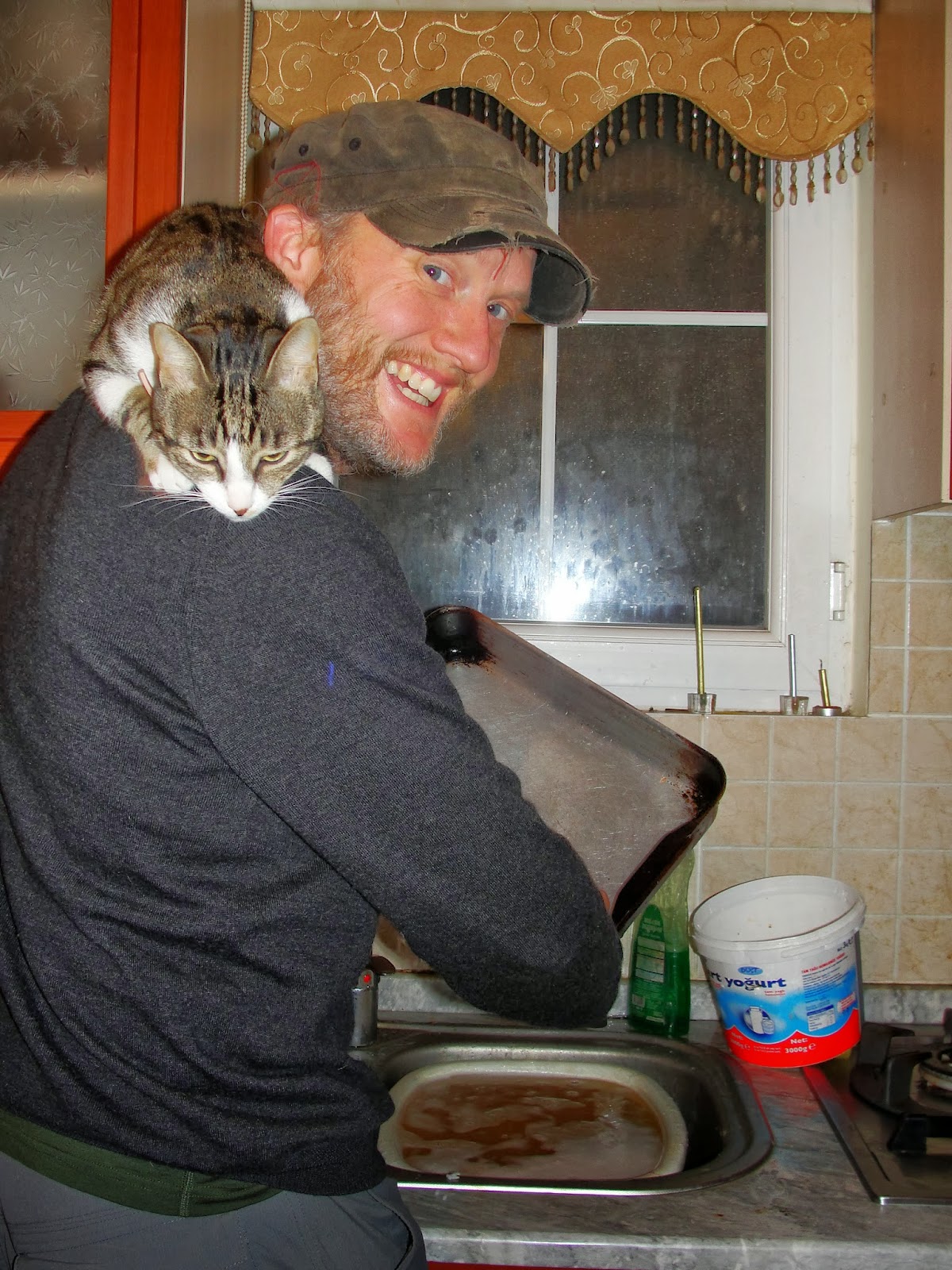 The house is surrounded by mountains and close to Fethiye. On days when we're on duty for all three shifts we tend to stick around the house and rest, read, write, cook, or help our hosts with house projects, but when we have shifts off we get out and explore.

More to come on that - it's really a beautiful area! In the meantime, back to mucking...
Posted by Slowly Global
Email ThisBlogThis!Share to TwitterShare to FacebookShare to Pinterest
Labels: turkey, voluntourism, WWOOFing etc