Jen has wanted to visit Toronto since forever ago (blame A Prayer for Owen Meany), and we'd been looking forward to the Toronto Urban Roots Festival ever since purchasing the tickets on March 26.  So crossing this milestone off the list was a pretty big deal.

We arrived on a Wednesday evening and left the following Monday morning just before the floods. The festival ran Thursday evening, Friday evening and all day Saturday and Sunday. While we don't regret the time we spent at the festival, we do wish we'd had more time to explore. We also wish we'd had more money to spend in the city and surrounding area - it could've easily eaten our entire budget for Canada.

But we didn't, so here are five ways we enjoyed Toronto with limited time and money, in no particular order: 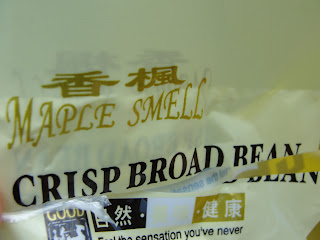 But it's not just Chinatown, it's Asiatown. I had the most amazing spring rolls from Ahn Dao on Spadina while Patrick enjoyed a feast of Vietnamese baked goods from Mashion, a new bakery. 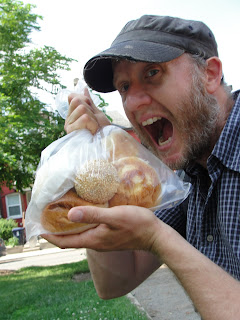 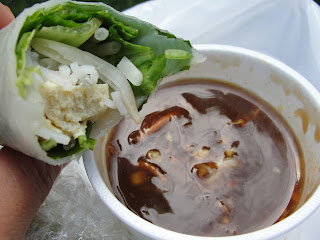 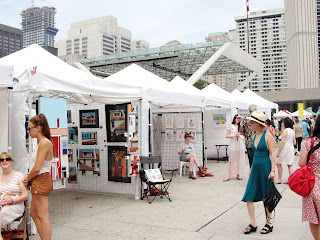 rows and rows of local aht 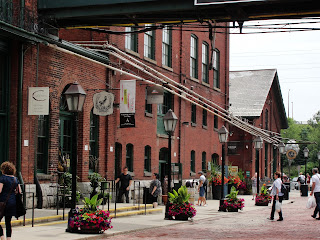 ... where they also have working artists' studios and a very nice coffee shop that was playing the Decemberists when we stopped in for a tasty beverage. Then there was the Hockey Hall of Fame, which we admired from outside - $17 each, really? - and windowshopped at the sports store next door. 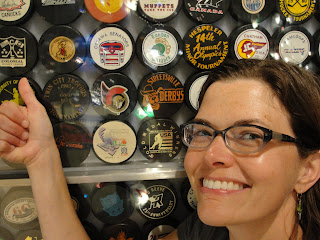 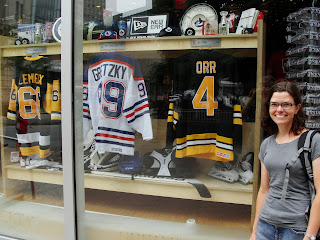 We also stumbled upon our future neighborhood just west of Chinatown. The street name is totally coincidental, we're quite sure of it. 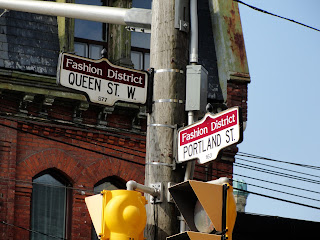 we could totally live here
(minus the fashion part)

And of course we meandered through downtown's skyscrapers and St Lawrence Market (aka Seattle's Pike Place Market, Baltimore's Lexington Market, etc). No pierogies were consumed though. Darn this potato intolerance! 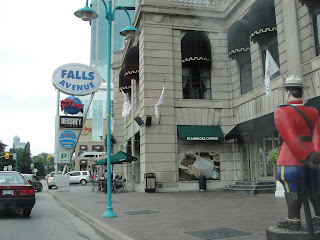 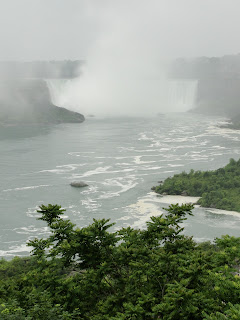 ...and spent our money on wine instead. The strip between Toronto and Niagara has some lovely vineyards. Once again time and budget limited our enjoyment, but enjoy we did. 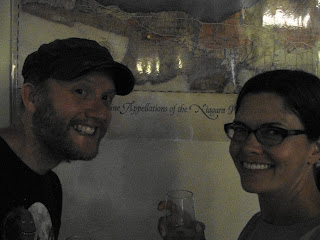 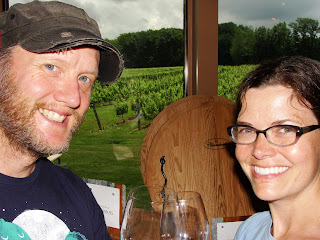 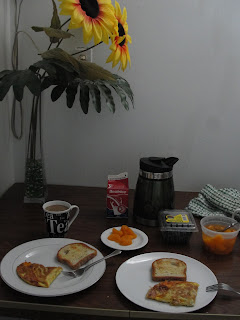 OK, he wasn't really our uncle, we found him on AirB&B. Five nights in Toronto cost us about $200; Erwin was super nice and offered us all kinds of assistance navigating the city. And while it really was a random room with a shared hotplate and a shared bathroom in a stranger's basement, it was no worse than any hostel I've ever booked.

Being in Toronto was a blessing and a curse. After more than a month of nature and beauty, it was nice to be among familiar city sights, smells, and tastes again. The city had a good feel to it, a comfortable San Francisco-Portland-wecouldtotallylivehere feel to it. And the music festival and free Frank Turner show Sunday night were amazing. Never could've seen all that music in just four days in a small town.

But after more than a month of nature and beauty - good lord, the traffic! The smog! The Starbucks! All those people! And the costs! 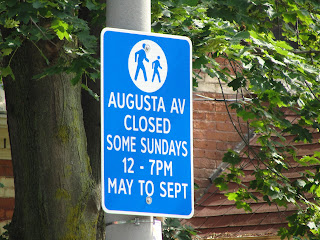 not to mention the parking regulations!

We even got a souvenir parking ticket!  Hopefully our first and last...

So it's back to small town farming we go. Two more weeks just south of Ottawa to learn about organic farming and pasture techniques - just enough time to mentally rest up for our next vacation in Quebec City, nous ne pouvons pas attendre!
Posted by Slowly Global
Email ThisBlogThis!Share to TwitterShare to FacebookShare to Pinterest
Labels: Friday five, music on the road