After the bison farm we started our two week "vacation" at Torrington's much-anticipated Gopher Hole Museum. 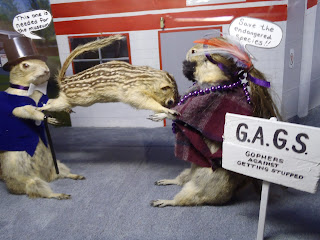 it was all that we dreamed... 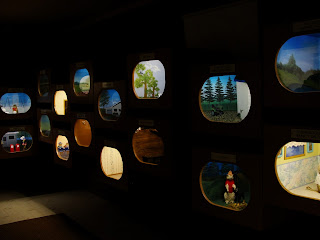 Next we headed south to Head-Smashed-In Buffalo Jump, a world heritage site near Calgary.  The museum is excellent - well worth the cost of admission even with our frugal budget.  After our bison ranch experience we had a lot more context for these amazing animals and the historical significance of their almost-extinction, and we appreciated the exhibits even more so than if we had just happened upon the museum. 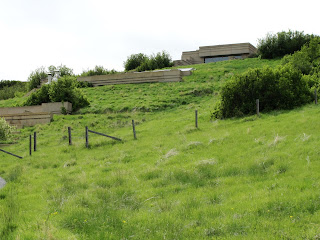 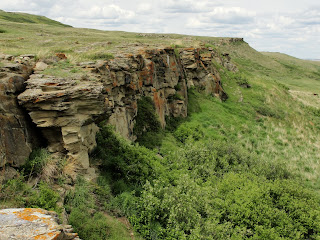 Our next stop was Waterton Lakes National Park, where we spent three (mostly) rainy nights and (mostly) overcast days exploring. The park was fairly empty, either because of the season, the weather, or both, and we were able to get in several peaceful hikes and restful yet raindrop-popcorn-on-tarp-induced sleeps.  Highlights included: 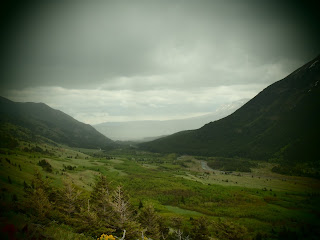 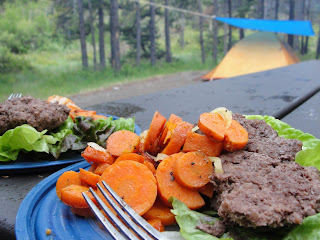 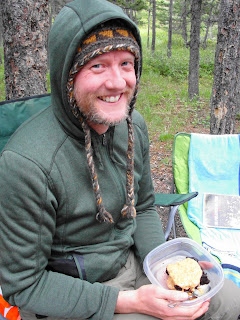 ... and quinoa chocolate cake (thanks Madeline!) 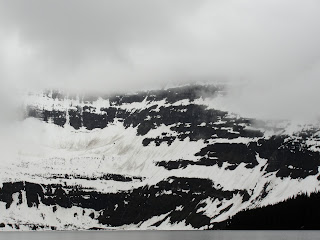 bears on the trail at Cameron Lake
(not pictured: bears) 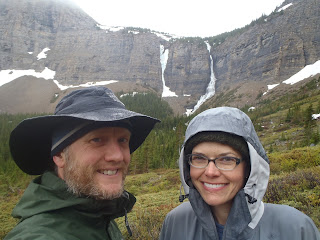 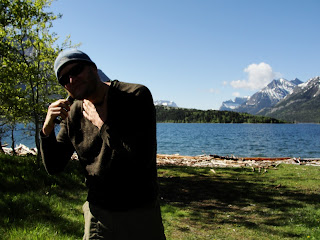 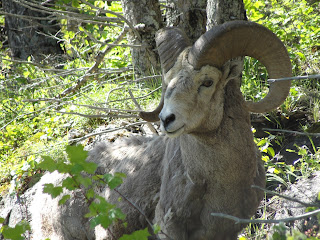 Tuesday morning we said goodbye to the Rockies for the last time (this round, anyway!) and headed to prairieland.

Our first stop was Cypress Hills Provincial Park, where the campground was a bit sketchy but the bacon was DElicious. 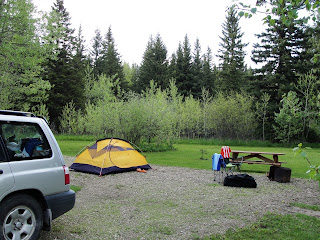 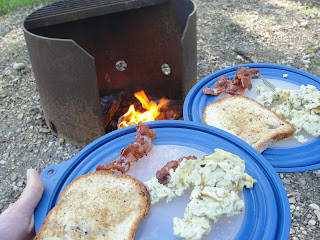 To be continued in Saskatchewan!
Posted by Slowly Global
Email ThisBlogThis!Share to TwitterShare to FacebookShare to Pinterest
Labels: camping, canada