"Let's take a road trip down the Pacific Northwest coastline and camp the whole way, even though it's winter and we have absolute minimum gear!"... said no sane person, ever.

We got pretty lucky with our overall post-Orcas Island road trip at the end of February, all things considered. One bummer was that due to our timing, we couldn't camp - or spend much time at all, really - in the northeastern areas of Olympic National Park.

Luckily, the park also includes stretches of beach and beautiful rain forest on the western side. Our national parks annual pass expires this month and we were determined to get one more use out of it, so we headed to Olympic's Hoh Rain Forest hoping for two rain-free nights. We got pretty lucky with that too, all things considered...

The hikes. There are three short loops near the visitor center that showcase some amazing trees. After setting up camp we meandered around the Hall of Mosses Trail and Mini-Trail-of-Informative-Signs (the Spruce Nature Trail was closed for maintenance while we were there). 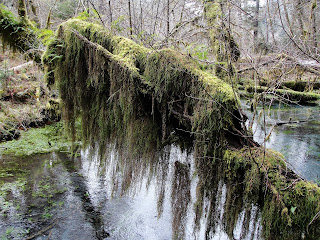 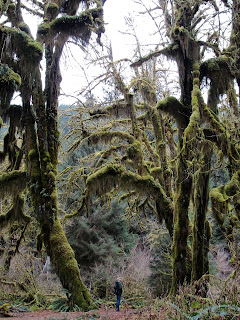 The next day we headed up the Hoh River Trail to Five Mile Island. "Stunning" doesn't even begin to describe this hike. The day was pretty overcast so many of our pictures don't do it an ounce of justice... Just trust us. 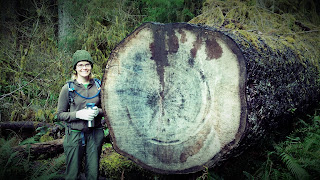 I didn't do it 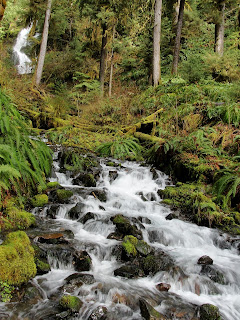 one of two beautiful waterfalls 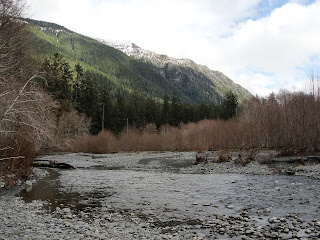 the "island" at 5 miles,
with a view of  Bogachiel Peak 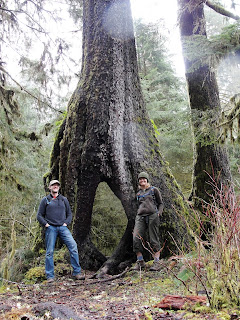 fun for kids of all ages 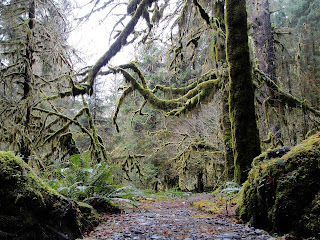 The Hoh River Trail goes on for about 18 miles and there are several backcountry campsites along the way... Also known as "our reason to go back to Hoh Rain Forest."

The campsite. After our national parks road trip last summer, we vowed to never camp in a national park again. We looked into other options but Hoh Rain Forest is pretty remote so it wasn't really practical to camp at a nearby state park. And although a younger neighbor at our Neah Bay campground had recommended several free primitive camping areas along the Hoh River, given our uncertainty about the weather and our lack of equipment on this trip (and - let's be honest here - the fact that we're getting soft in our old age), we begrudgingly opted for the Hoh campsite. 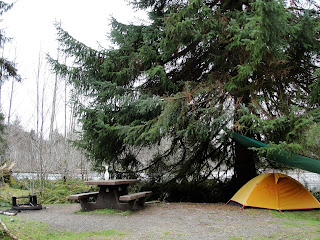 a river runs beside site #14

The site itself was perfect and we could walk right to the trails, but our string of luck with inconsiderate neighbors continued for 48 full hours. We will never camp in a national park again!

The food. It rained around dinnertime both nights and I only had a small propane stove and one tiny pot. We did the best we could under those circumstances (which meant lame food that we ate while sitting in the car). 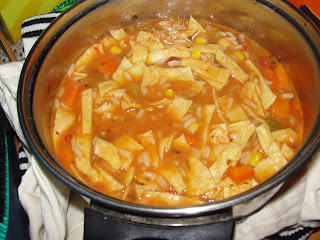 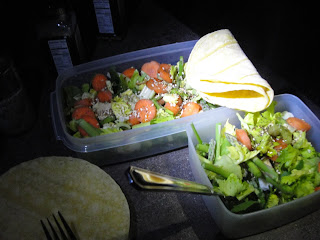 ... and leftover salad with cheese quesadillas 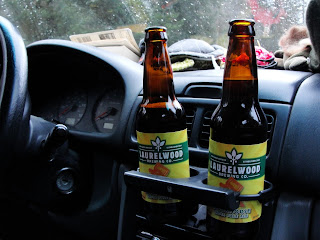 plus a little taste of home
(the rainstorm and the beer)

The summary. I'd visited this area of the park briefly several years ago. It was early summer and the short trail walks were nice, but the forest was pretty dry and the crowds were insane. This visit was completely the opposite - the trails and campsites were a little less maintained, but the lush forest moss and (general) lack of people more than made up for that. Off-season national park visits for the win! 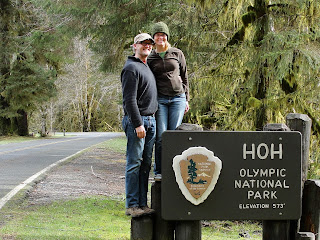 he wanted me to stand on the short pole -
very funny, dear

One year, 19 national parks, $80... I'd say we got our money's worth. Don't forget, 2016 is the centennial anniversary of the National Park Service. Get out there and explore!
Posted by Jen
Email ThisBlogThis!Share to TwitterShare to FacebookShare to Pinterest
Labels: camping, pacific northwest, united states, us national parks