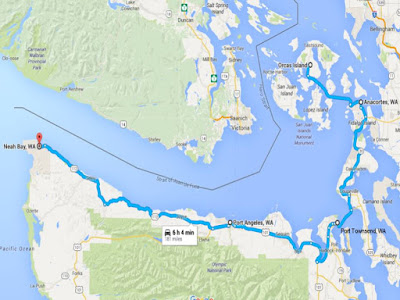 First stop: Port Townsend, where we picked up minor camping supplies we'd forgotten to pack back in November. You know, like a tarp, propane, a saucepot, a knife... Totally minor things like that.

We camped at Fort Flagler Historical State Park across the bay from Port Townsend that night. 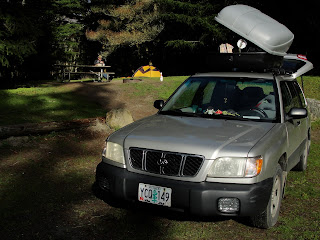 "Fort Flagler, along with the heavy batteries of Fort Worden and Fort Casey, once guarded the nautical entrance to Puget Sound. These posts, established in the late 1890s, became the first line of a fortification system designed to prevent a hostile fleet from reaching such targets as the Bremerton Naval Yard and the cities of Seattle, Tacoma, and Everett. Construction began in 1897 and continued in one form or another until the fort was closed in 1953." (Washington State Park web site) 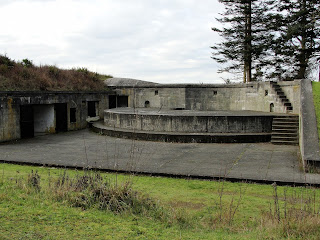 one of the many battalions

It was interesting to wander around the enormous hundred-year old battalions trying to figure out how they operated back in the day. In 1000 years, this will all be ancient history, just like the Asian temples and Roman ruins we visited over the last few years... Crazy.

Fort Flagler's campground offers beachfront sites but it was cold and windy during our stay so we opted for a quiet site tucked back in the trees. We did visit the beach for a few moments... 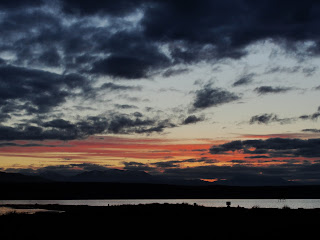 Not bad for a first stop.

Second stop: Dungeness National Wildlife Refuge near Port Angeles, featuring one of the world's longest sand spits. It was huge - five miles huge! You can walk or run the entire strip and tour the lighthouse at the end of the spit. We only had time for a quick walk, but it was a beautiful day and Mount Baker made a nice hazy backdrop for the lighthouse far, far away. 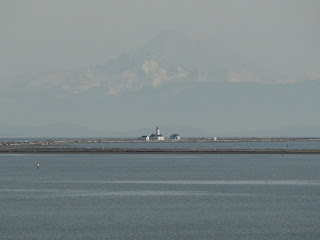 After our walk we revisited Port Angeles, which was a bit surreal - that's where we caught the ferry to Victoria almost three years ago. (But that definitely wasn't the most surreal part of this little road trip, which is coming up in Part Two.)

Third stop: Neah Bay, the northwesternmost point in the continental United States. Beautiful views, a quirky campground at the beach, and dozens of bald eagles along the winding drive to and from the bay. 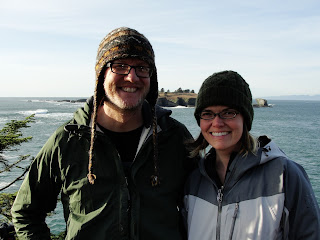 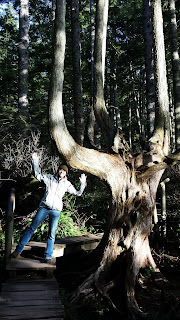 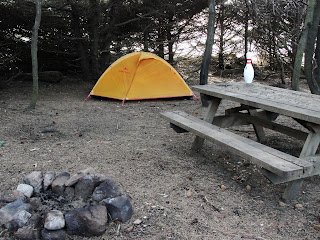 simple but functional choose-your-own campsite
right beside the beach 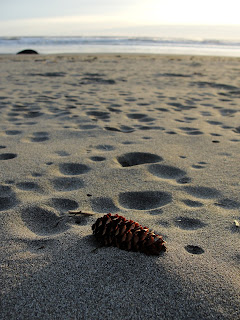 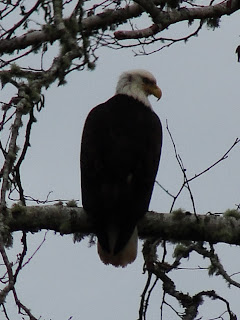 he really does look like a muppet...
or vice versa

The best thing about most of Part One was that we'd both explored the Pacific Northwest quite a bit (individually and together) but these stops were new to us. We enjoyed them all for very different reasons.

Not true for our fourth stop, which we passed briefly through in 2013 and didn't particularly enjoy that time either. We did the ridiculous photo op... and then got the heck out of there. 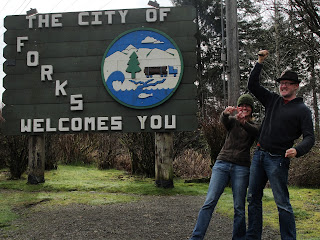 From here we hit Olympic National Park's Hoh Rain Forest for a few days, then continued with Part Two of our road trip... Trying to eek out every second of our last FUNemployed days before spending eight months in one place!
Posted by Jen
Email ThisBlogThis!Share to TwitterShare to FacebookShare to Pinterest
Labels: camping, pacific northwest, united states