Goin' north for the winter.

After our Corvallis housesit and a few days in Eugene taking care of some important business, we packed up the car (again) and headed north. 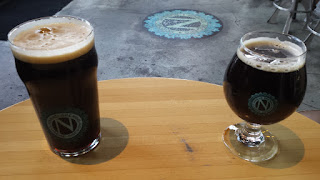 Because that's what normal people do, right - go north for the winter? (No, that joke is never going to get old.) 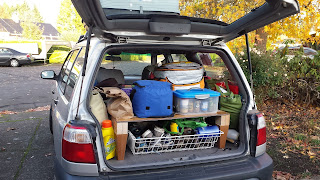 Day One: a quick overnight in Portland to catch up with a friend over delicious sushi at Yuki. 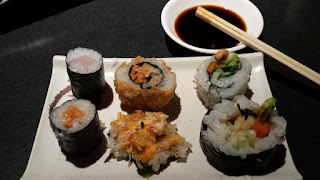 Day Two: a long drive day, especially after our morning appointment in Forest Grove. We rolled into our Spokane(ish) Airbnb later than expected but Steve and Jeff were gracious and welcoming nonetheless. We've loved all our AirB&B stays but this was definitely one of our favorites - we enjoyed great conversation with the guys that evening, they gave us recommendations on the following day's drive, the room was quirky and cozy, and we got breakfast the next morning. 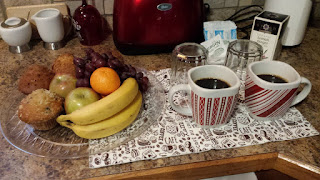 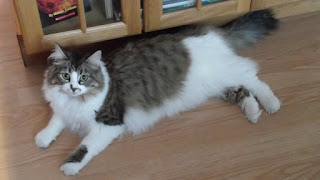 Simonette was pretty cute too,
and teeny tiny dogs Lily and Tuesday were hysterical

Day Three: the scenic drive through northern Idaho and northwest Montana. Another long drive day thanks in large part to the weather... 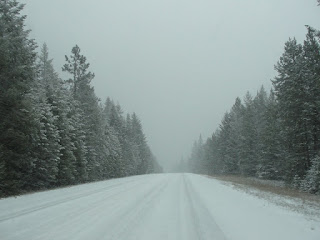 pretty, yes, but not quite the "scenic" we had in mind

We still got a stop at Kootenai Falls which also featured our first suspension bridge since Nepal. 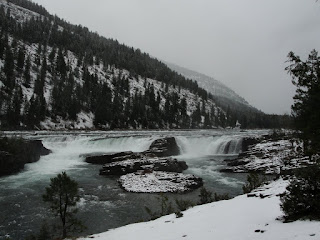 worth cold toes and frozen fingers 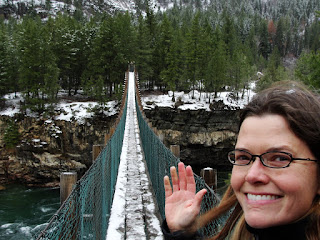 he's back there somewhere

And then came the border crossing. 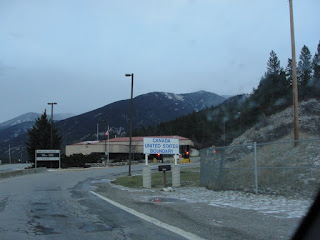 For our first Canadian border crossing back in April 2013, we had most of our possessions in our car and we went from Port Angeles, WA to Victoria, BC. The border services officer that day thought we were a little crazy, quitting our jobs to camp across Canada and then travel internationally, but after a few questions he waved us through and wished us luck.

This time we still had no jobs and most of our possessions in our car, but our experience was a bit different. We opted for the small border crossing at Roosville, MT where most people just cross for the day (which is apparently less suspicious than people crossing for extended holiday visits...? okay, whatever). After about 45 minutes of interrogation, both together and separately, and by three different officers, we finally managed to assure these fine Canadian officials that we did in fact have ample funds to survive two whole months in Canada, that we were in fact returning to the US for our late January housesit on Orcas Island, that our Canadian farm friends and housesit hosts were not in fact paying us for any services rendered, and that we most certainly did not want to do anything to jeopardize future re-entry into Canada.

It made sense in hindsight - Canada's foreign worker laws have gotten more stringent over the past few years and the officers just wanted to make sure we weren't planning to permanently set up camp with our meager possessions and find paid work. It did leave us rather unsettled and feeling for our Mexican neighbors who attempt to enter the US under perfectly legal circumstances, though.

Anyway! Just north of the border, Fernie was an awesome little ski town surrounded by some of the most beautiful mountains we've seen yet, and we enjoyed another nice AirB&B stay at Ryland's condo in town. 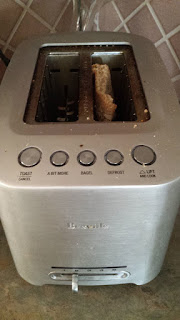 It was -8°C the morning of Day Four (which just sounds so much colder than 18°F, doesn't it?). The water bottles we accidentally left in the car overnight were frozen but the Subaru started just fine and the streets were plowed, so we made our way to Big Bang Bagels for some delicious local coffee and take-away bagels for lunchtime sandwiches. And then we were on our way... 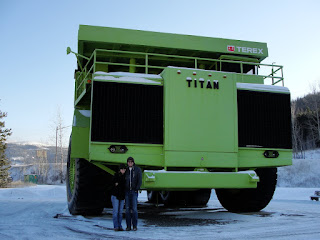 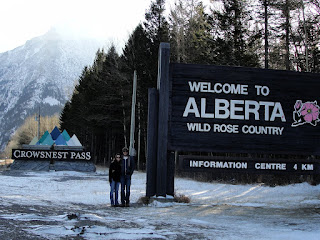 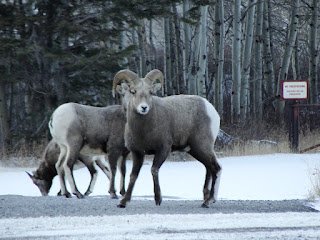 3 miles up from where the mountain lion crossed the road
(seriously!)

Our only other stop before Calgary was Frank Slide Interpretive Center, a really interesting look into the mining history in the area about 100 years ago. We figured we wouldn't be spending much money in Canada so we shelled out $12CAD each (about $9USD) for entry, and it was definitely worth it. Frank Slide remains the deadliest rockslide in Canadian history with nearby Hillcrest being the country's worst coal mining disaster. Solar power, people, solar power...

And finally - Calgary! During rush hour, which was, like, a million times less bad than any rush hour we've ever experienced!

O Canada, with your delicious Tim Horton's coffee, and your amazing hockey fans, and your uber nice citizens, and your lack of assault weapons, and your 2-3 month election cycles, and your funny money... 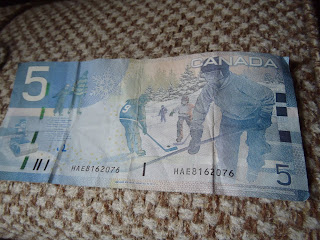 seriously -
what other country has a sport on their money? 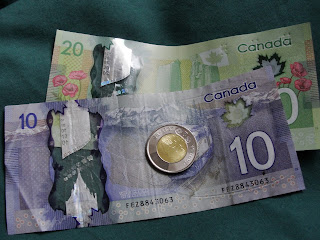 We sure have missed you, eh?
Posted by Jen
Email ThisBlogThis!Share to TwitterShare to FacebookShare to Pinterest
Labels: canada