Tourists for a day in DC.

Growing up about 15 minutes from our nation's capital, I spent a lot of time in DC on school field trips. Unlike most cities, I actually like this city, so I've also spent plenty of time there as an adult. I've visited most of the museums, monuments and federal buildings; eaten at amazing ethnic restaurants; watched July 4th fireworks on The Mall; even saw a few shows at the 9:30 Club back when it was still at 930 F St (and still technically called the 9:30 Club) and The Bayou (back when it still existed).

I'm really lucky - most people in the US don't get these opportunities, especially not on a fairly regular basis. Patrick also had the chance to visit some of the major sights a while back and he's lucky for that. But neither of us had seen the cherry blossoms in bloom and that just seemed wrong! With my parents moving, this would probably be our last chance to visit for the foreseeable future so it had to be done.

We planned our visit for the day after the Cherry Blossom Festival so the blossoms were still out in full force but the crowds were much tamer. 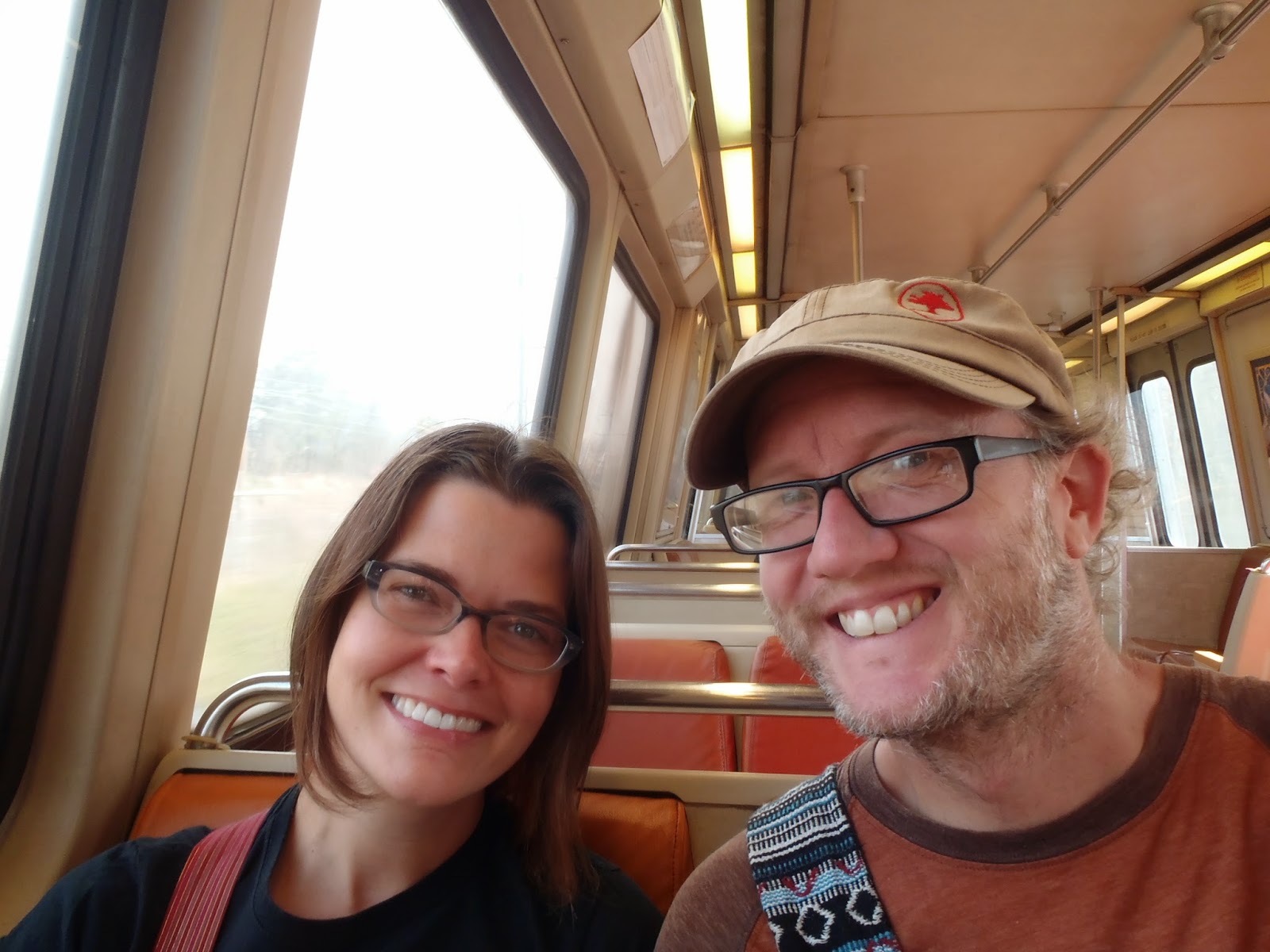 riding on the {empty} met-tro-woah-woah

The weather couldn't have been better... 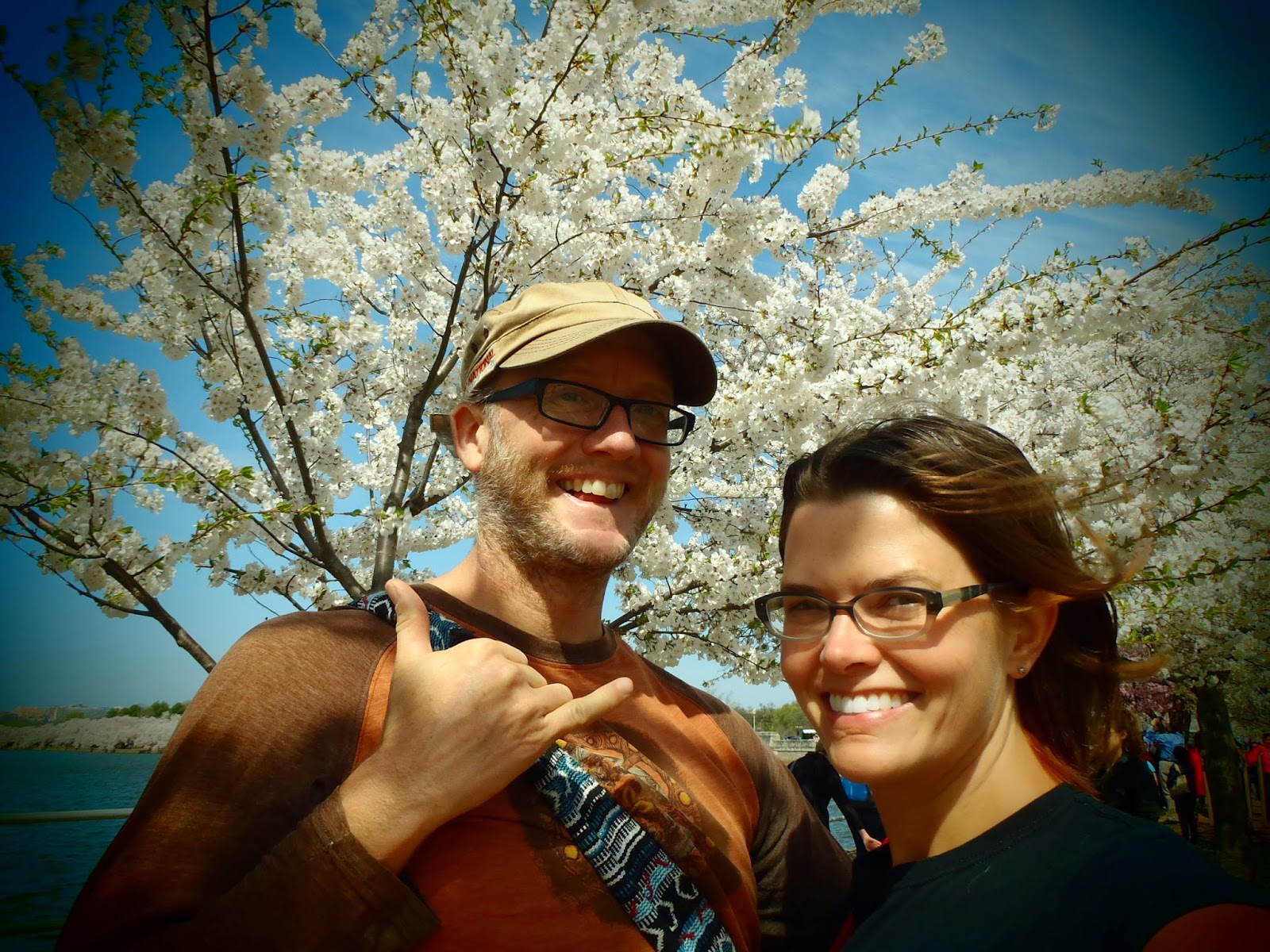 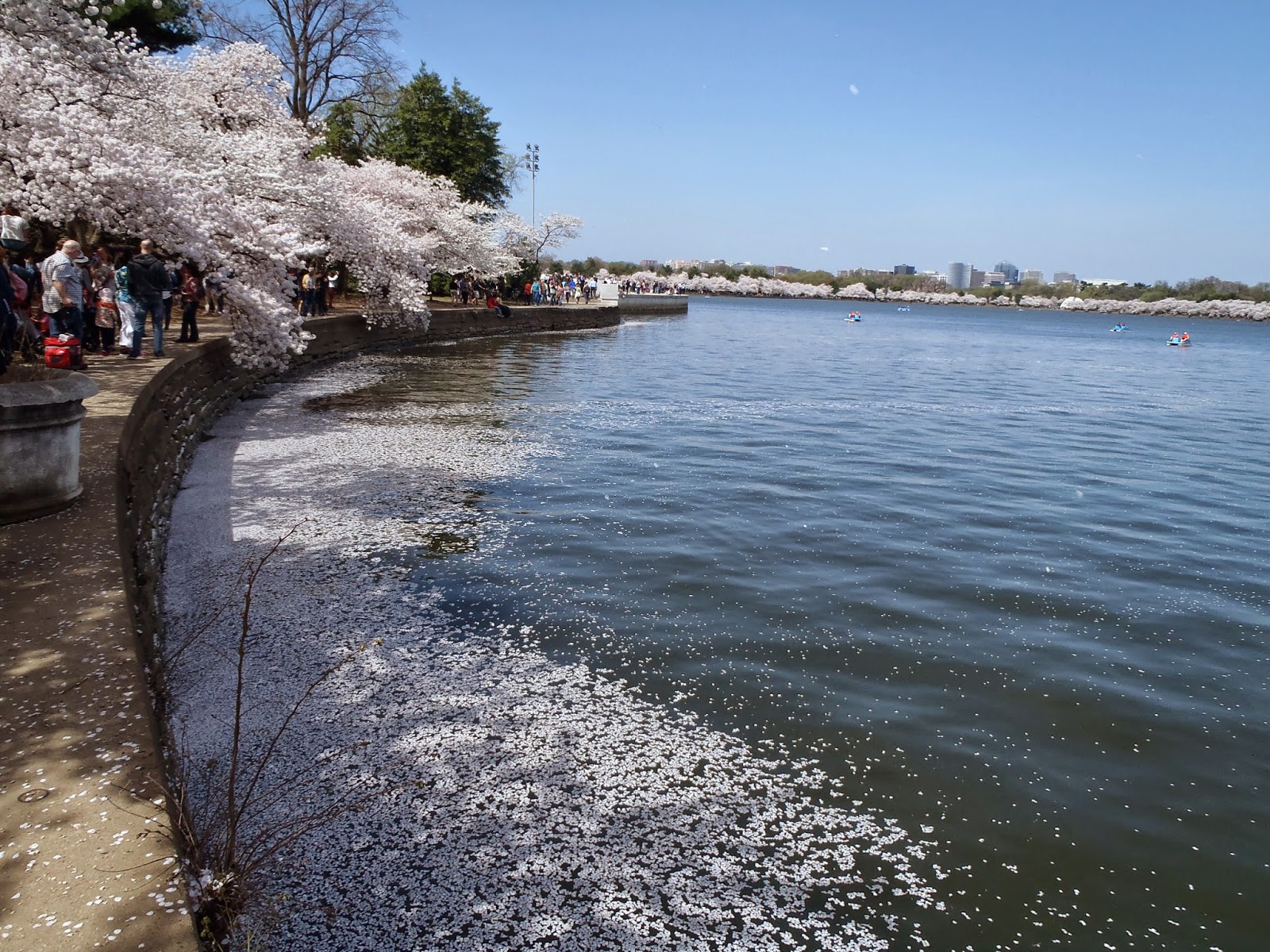 The walk around the Tidal Basin and surrounding blocks takes you to all sorts of monuments... 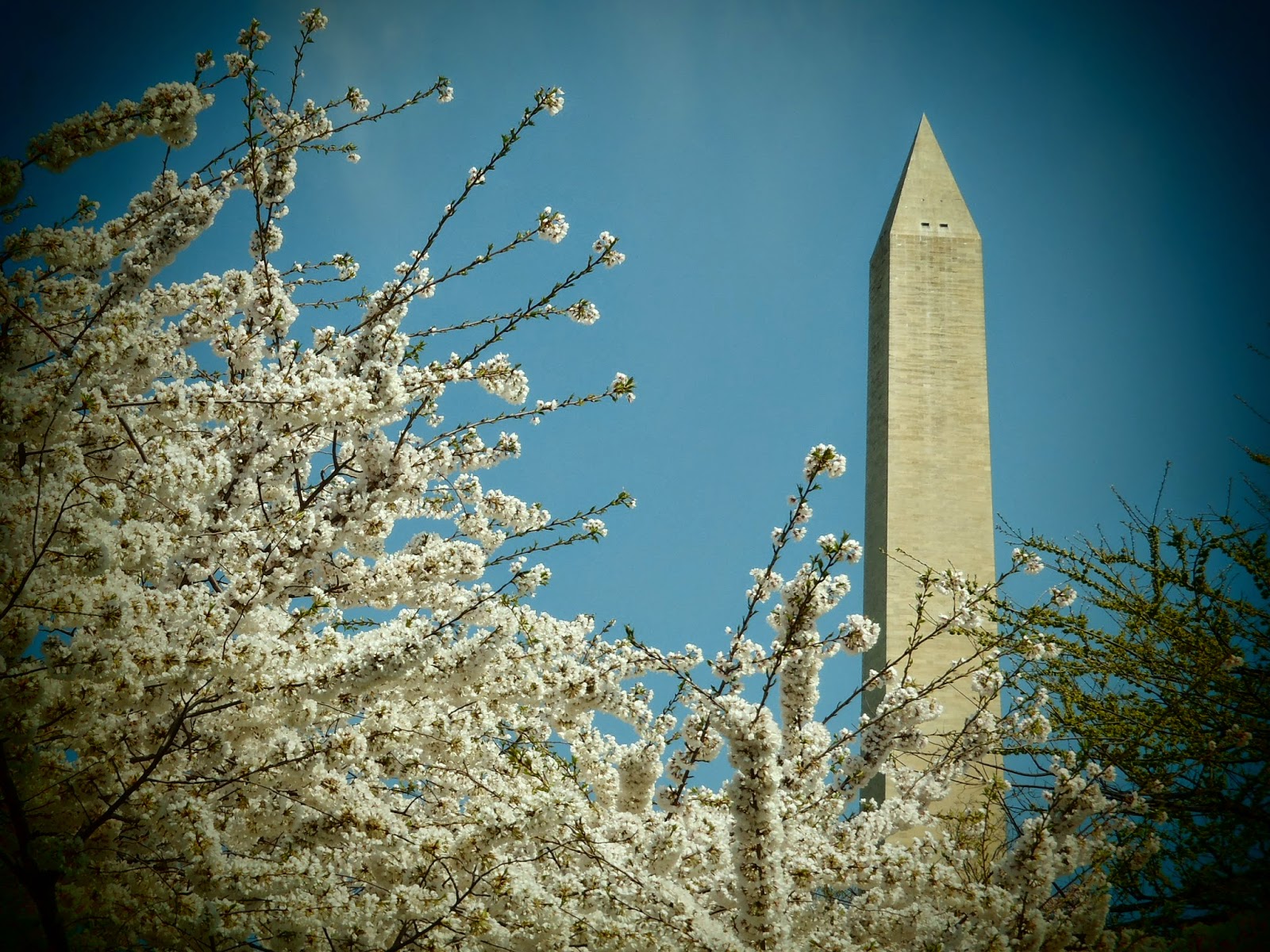 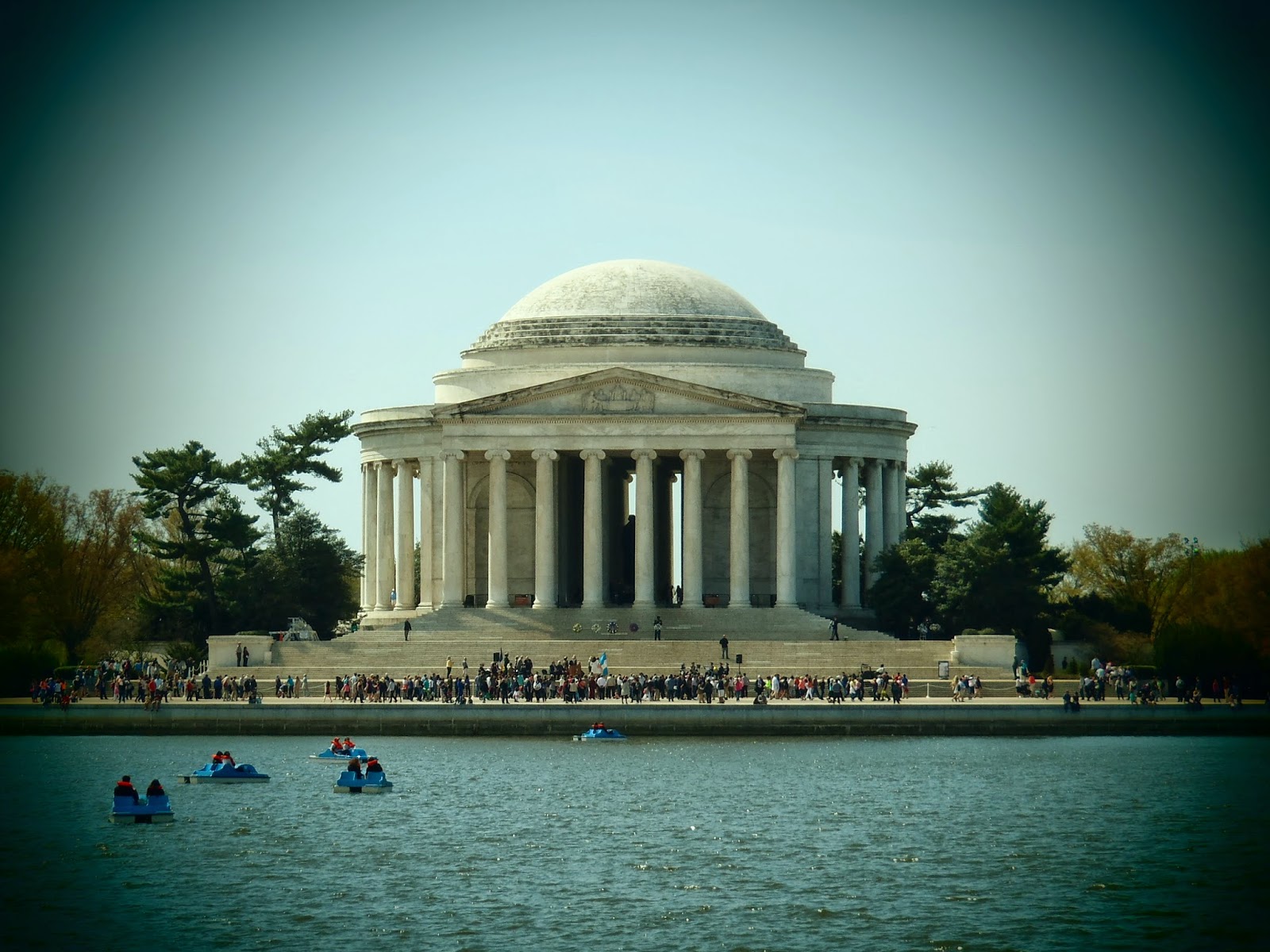 and the round Jefferson Memorial

... and the variously-shaped but similarly massive memorials to Lincoln, Roosevelt, those who served in WWII, Vietnam war veterans, Korean war veterans - all very beautiful and thought-provoking.

One we hadn't seen yet was the Martin Luther King, Jr memorial, an impressive sculpture surrounded by sixteen inspirational quotes. 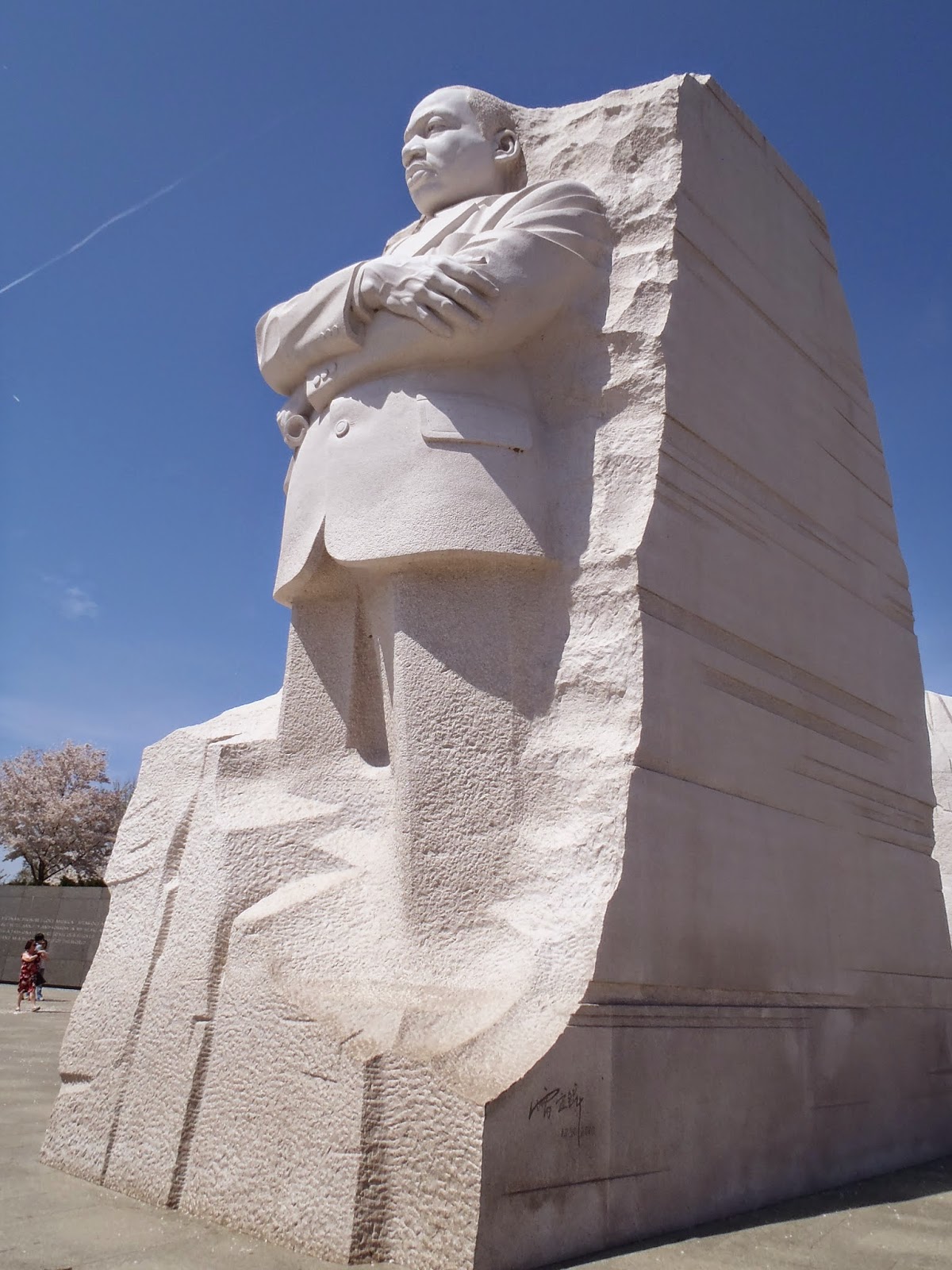 On the way back to The Mall we diverted to the White House to wave to the President's bees. 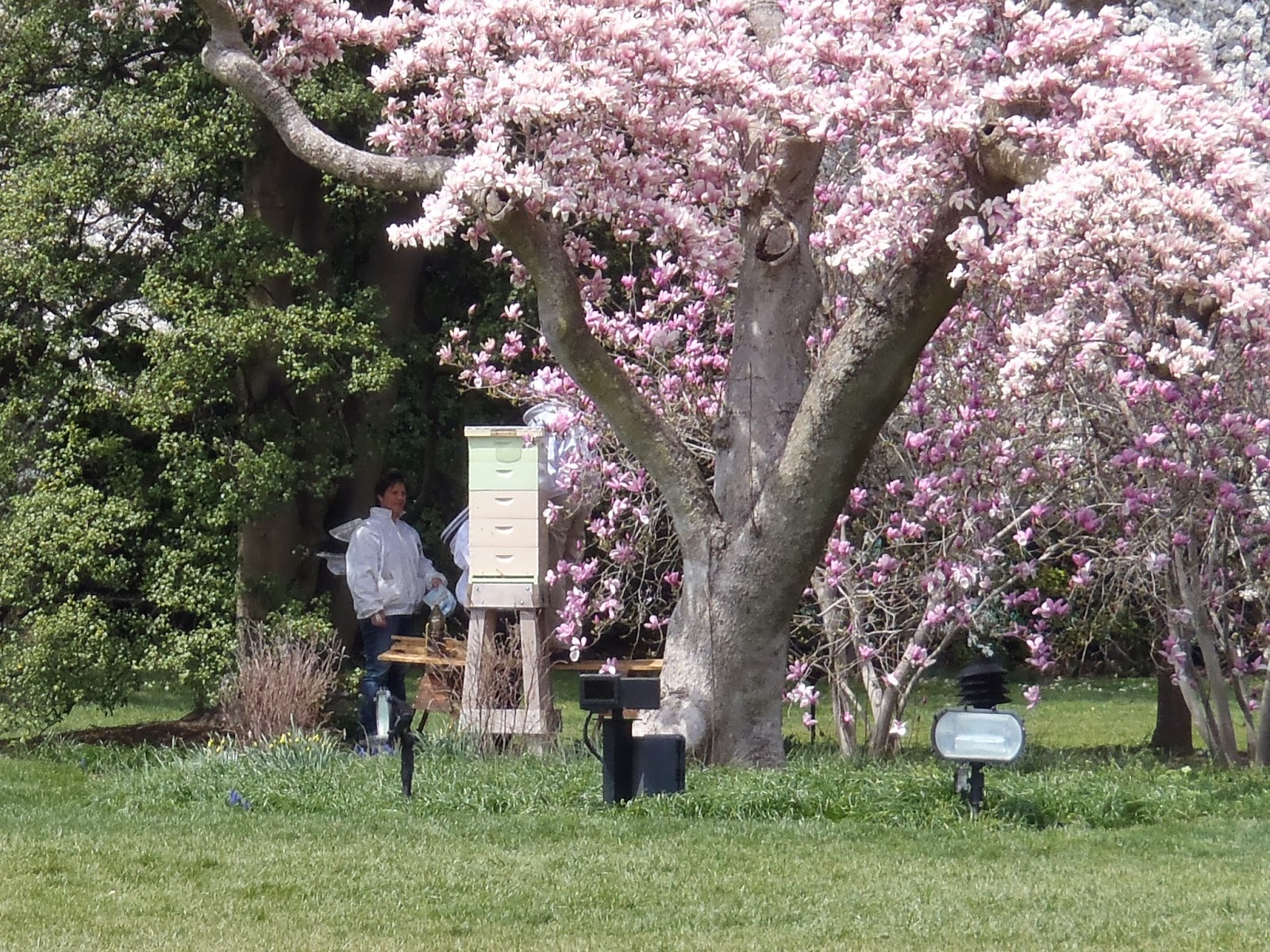 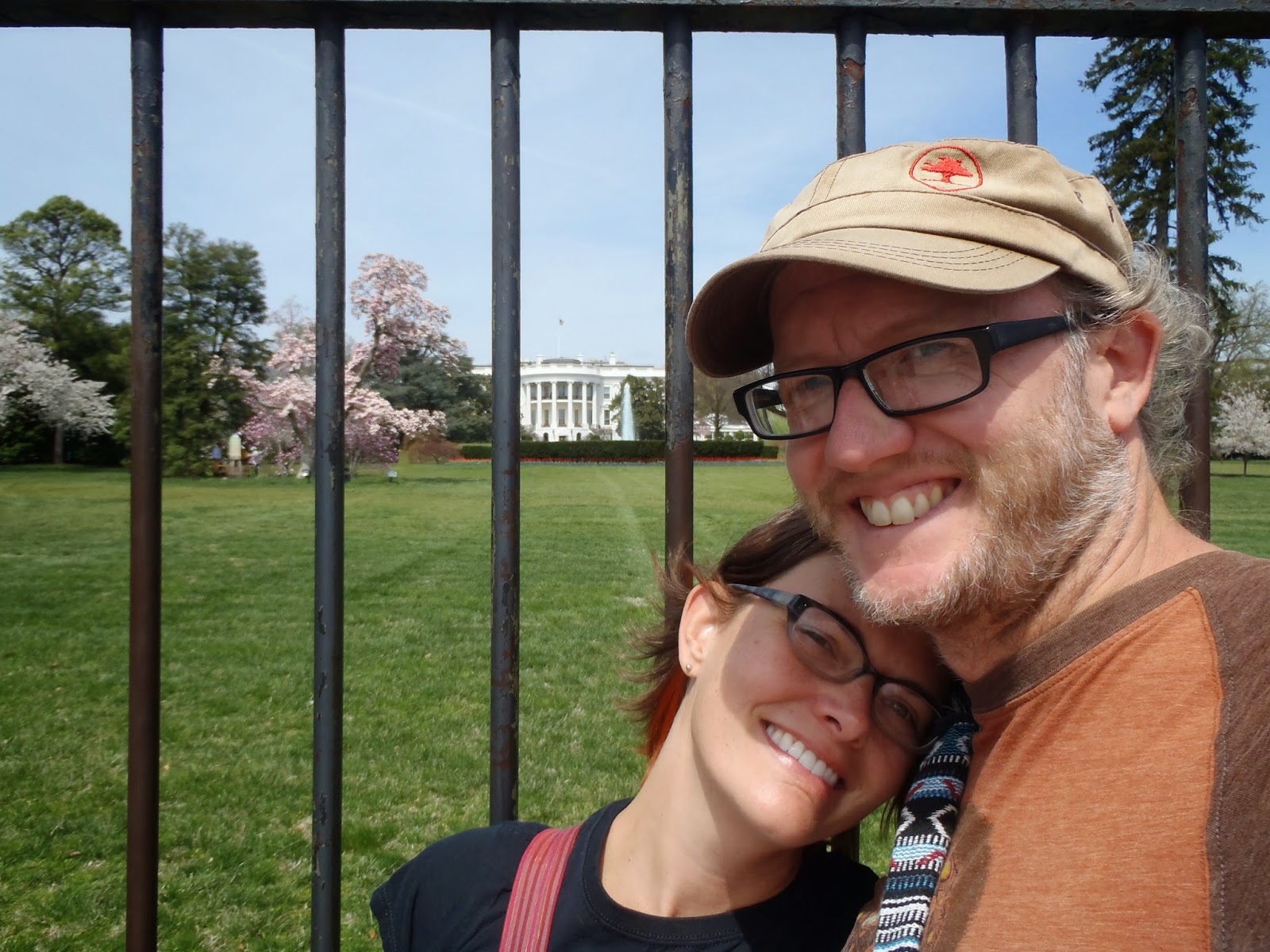 (we also waved to Mr. Obama)

And no visit to The Mall would be complete without a visit to the Smithsonian. Trouble is, each museum could easily take a full day. We opted for two short visits that afternoon - one based on nostalgia and the other on exploring new territory.

First, we stopped by the National Museum of Natural History to see the enormous elephant in the rotunda one last time and visit the always-impressive photography exhibit. This year's photos featured a shot from a wildlife photographer we'd seen speak at Portland's REI a few years ago - very exciting to recognize a name on the wall! 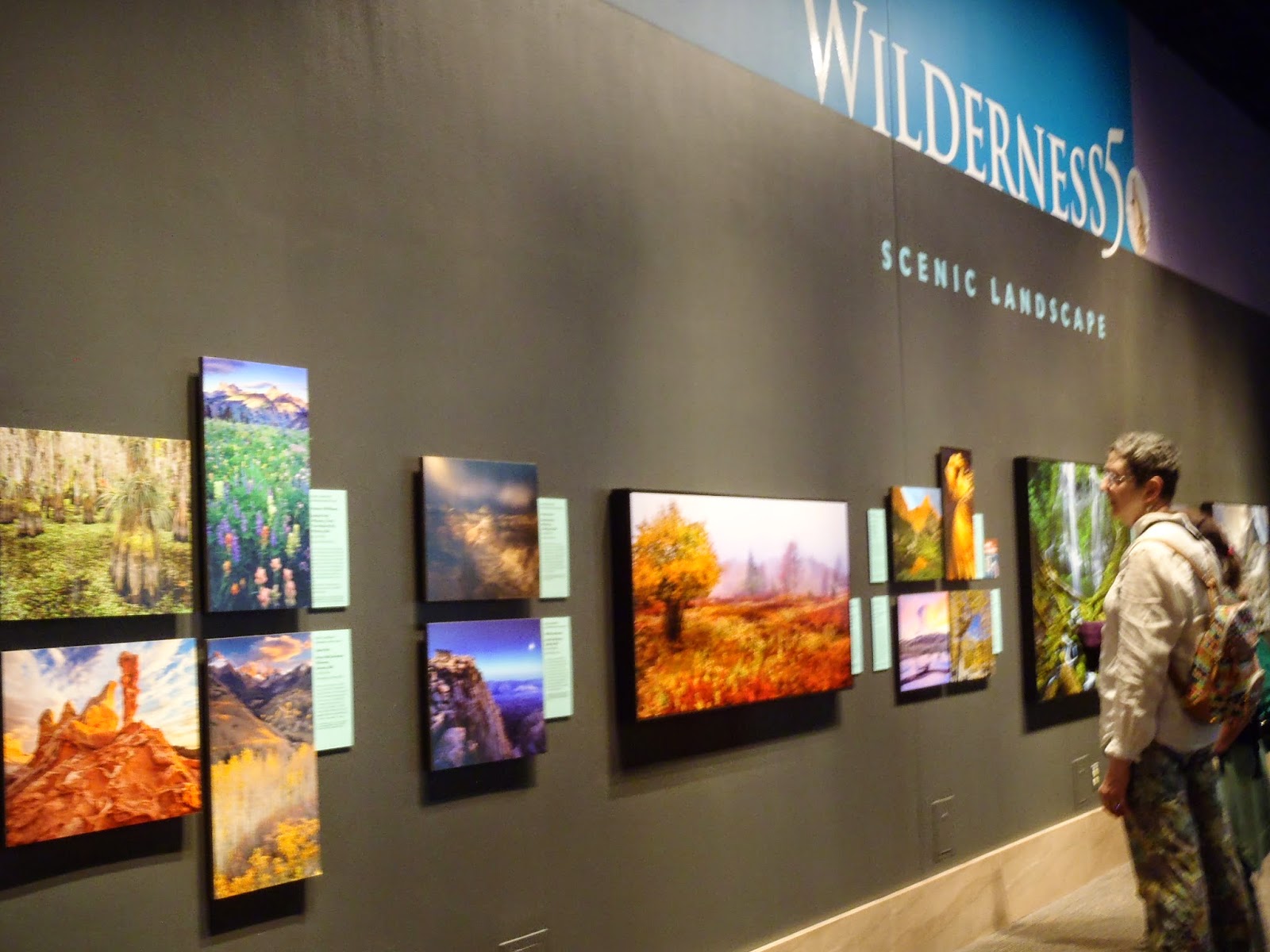 Our last stop before dinner was the National Museum of the American Indian, chosen based on a friend's recommendation (neither of us had really even heard of this one). The building was stunning, the exhibits were really interesting, and the amount of information presented was almost overwhelming. 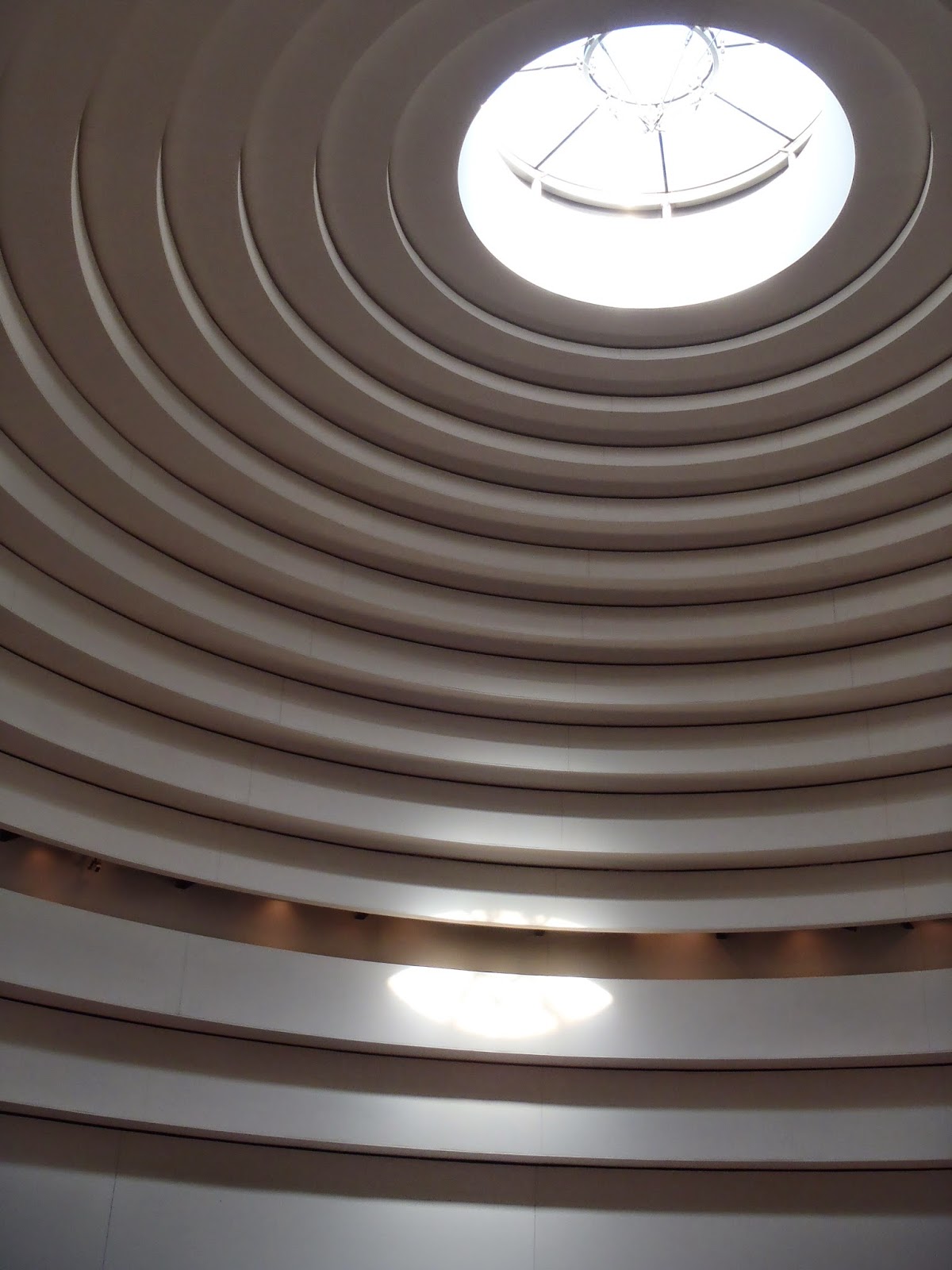 We definitely recommend a visit, but go early in the day after lots (and lots) of coffee and plan for several hours - many of the exhibits are really text-heavy.

Later we met up with friends who took us to Maketto, an amazing new Chinese Cambodian restaurant that also combines traditional Asian market features like shopping, coffee and a community space. 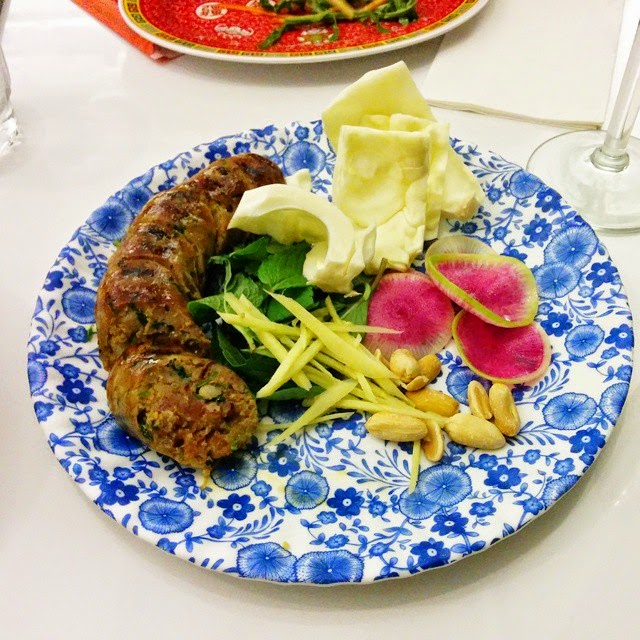 After several amazing dishes including pork buns, Khmer sausage pictured above, tamarind salad, oyster omelettes and chicken curry soup (so hot our eyes watered - Asian spices, how we've missed you!), we waddled back to their house for one of the most amazing whiskey flights we've had yet. 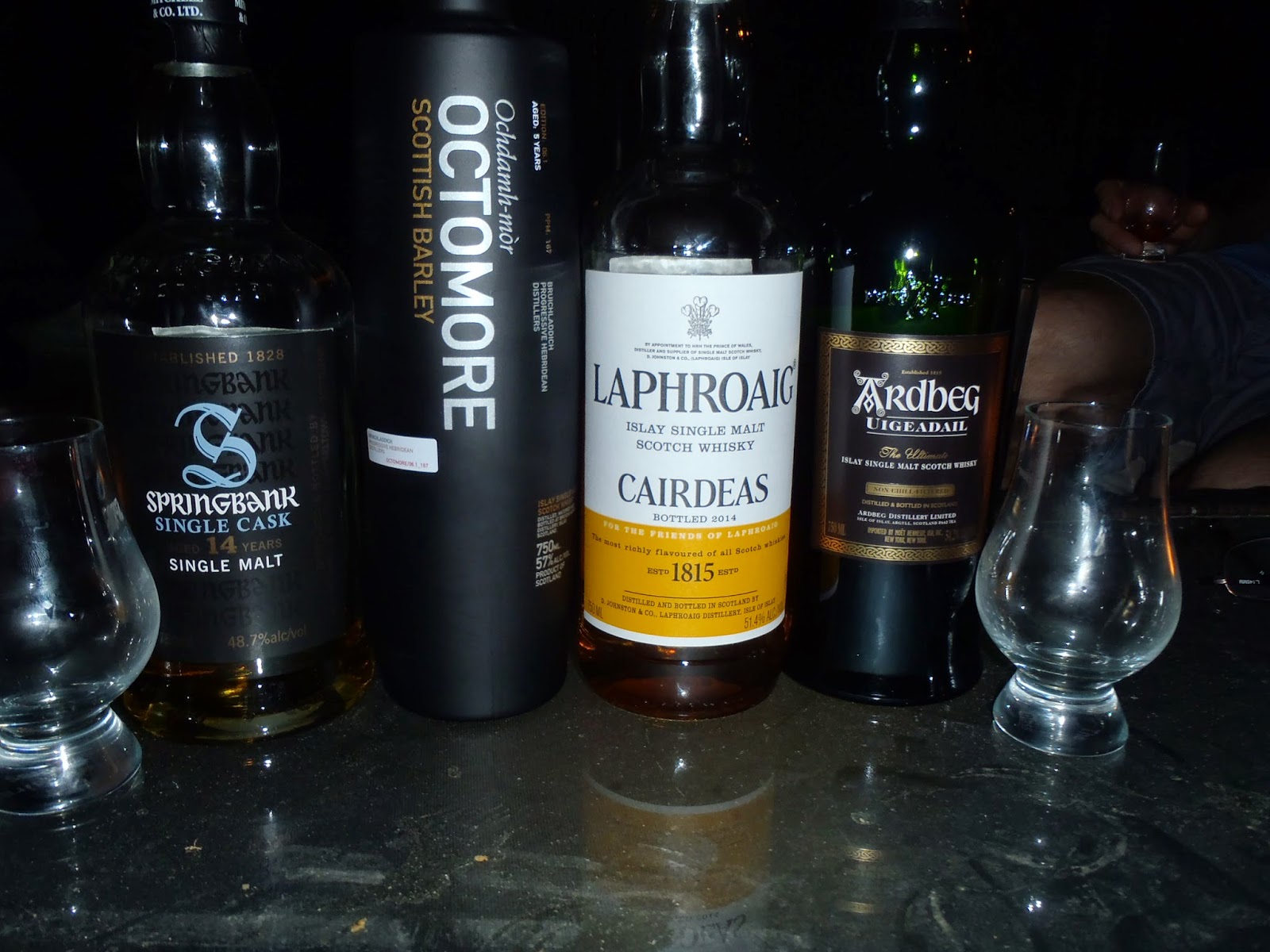 Our 5-mile wander around DC ended with one last trip on the Metro. I've been in many train stations on this journey (and in general) but none have ever felt as eerie as an empty underground Metro station in DC late at night. 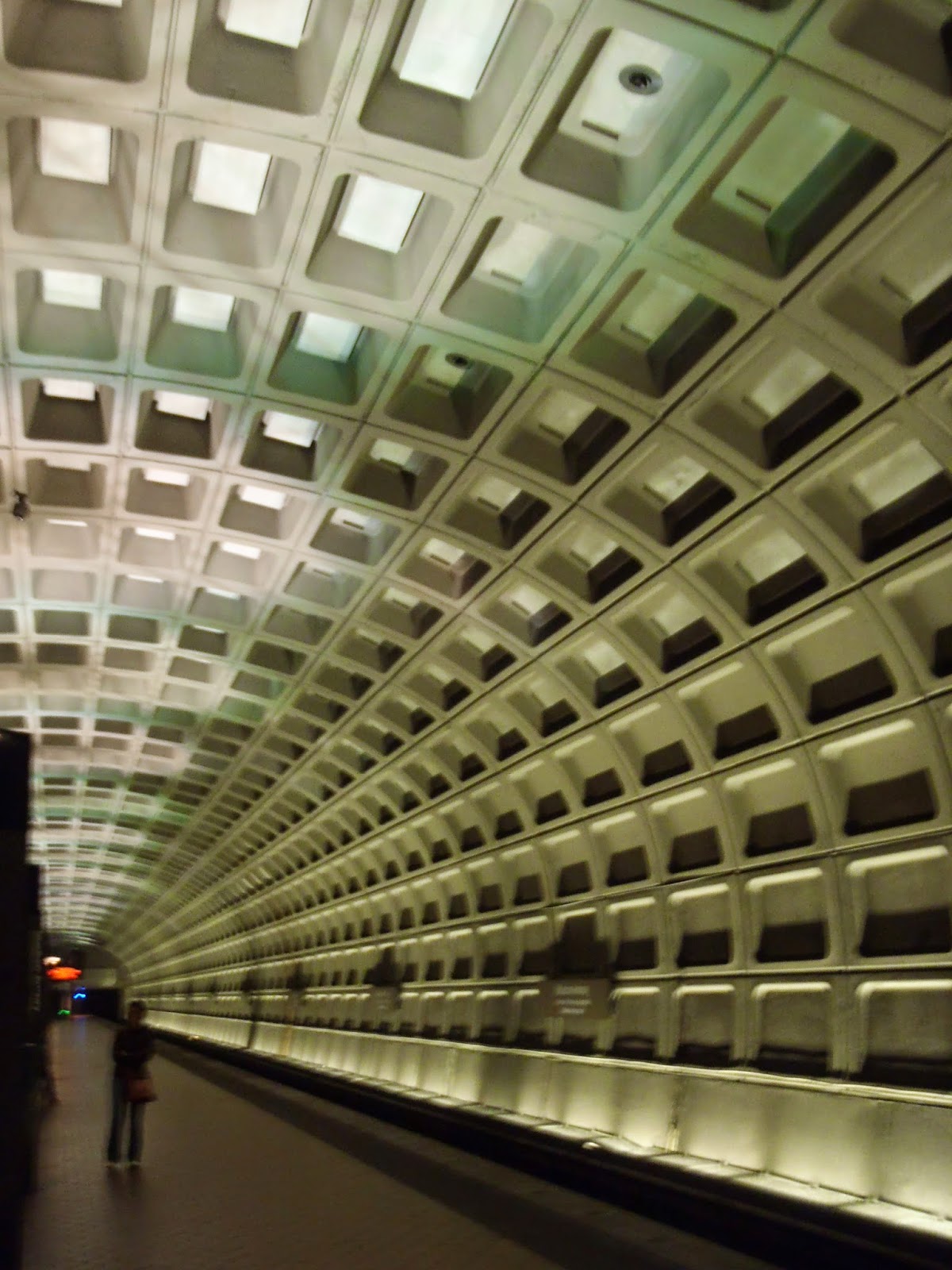 and oh, the echo!

Whether you're on a budget or not, with so many free things to do downtown there's no excuse not to pack a picnic and spend a day meandering. The people-watching can't be beat, and even if you were dragged downtown twice a year as a kid there's still something magical about that giant rotunda elephant and the inspiring quotes carved in the memorials... 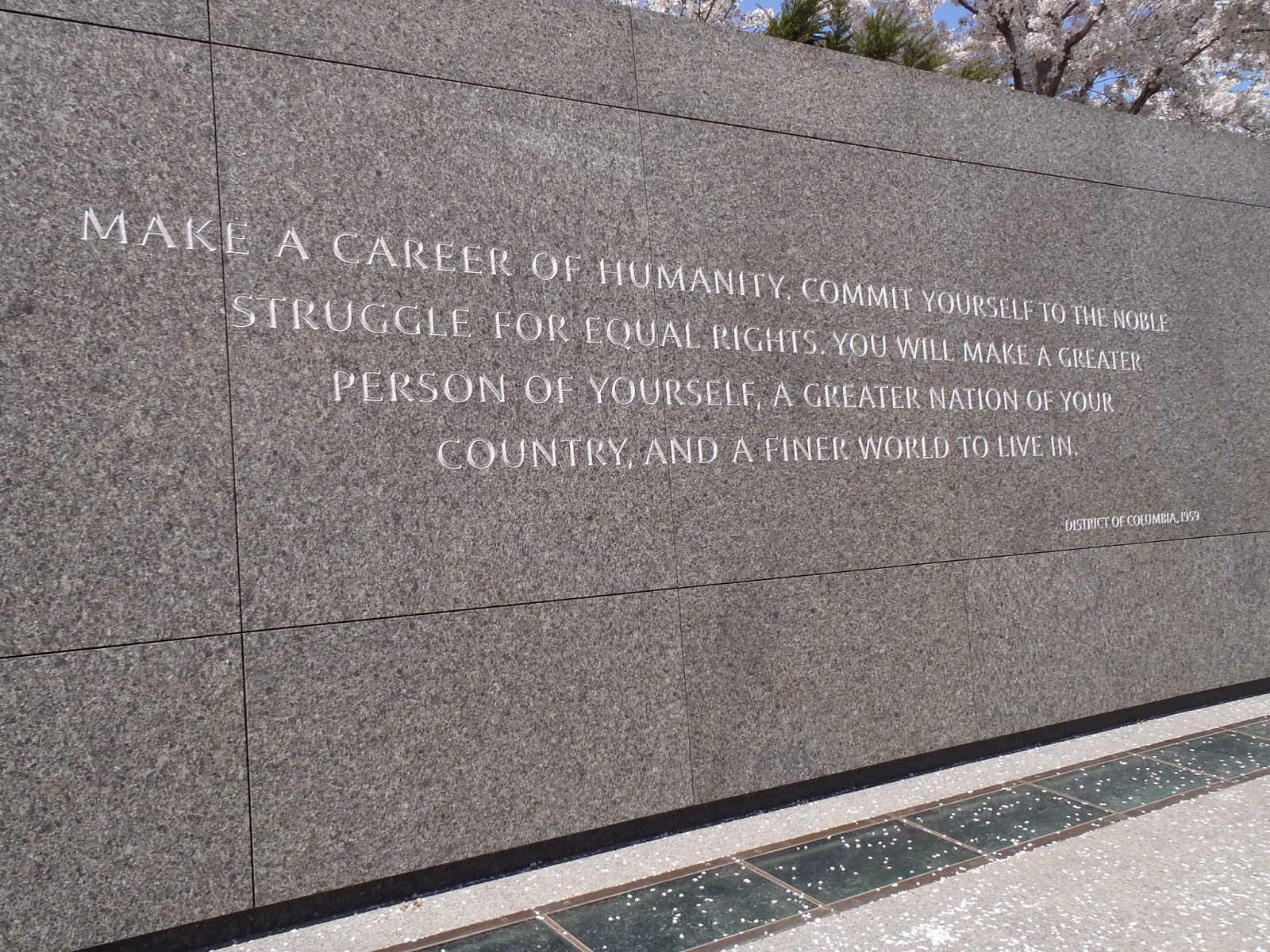 words to live by


(Speaking of budgets, we managed to get by on just $11 for our DC tourist day. Family and friends who helped sponsor this day - "thank you" doesn't really cover our gratitude. We'll repay you somehow, someday!)
Posted by Jen
Email ThisBlogThis!Share to TwitterShare to FacebookShare to Pinterest
Labels: gratitude, living like a local, united states