So long, BC - hello, Canadian Rockies!

The Vancouver ferry ride was uneventful and we made our way (quickly) through the city in search of dryer land.

No such luck.  But Rolley Lake Provincial Park was shelter enough for the night, so Patrick rigged a fairly solid setup and we hunkered down for another twelve hours of tent time and popcorn sounds on the tarp. 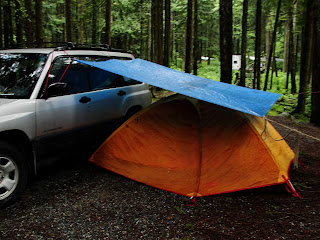 other than the rain, it was a lovely little park

Heading northeast in the morning, we enjoyed a blessedly dry drive through Sasquatch Provincial Park... 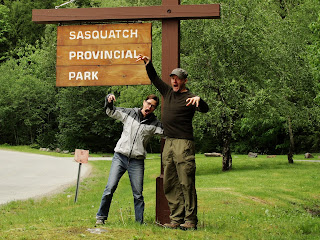 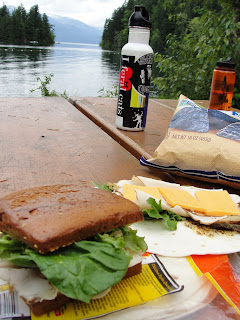 we have finally mastered lunch on the run

... and also through Hells Gate where we skipped the touristy airtram but definitely enjoyed the views. 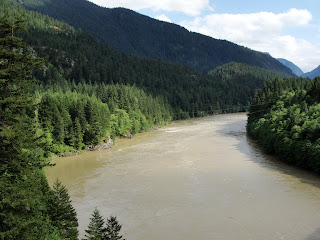 taken from a shaky bridge
not pictured: the gorgeous gorges we drove through on the southern end

We considered plowing onward but it had been a long day so we landed at Skihist Provincial Park for the evening.  It was dry.

The camp host was really friendly and gave us some great tips for the rest of our cross-Canada adventure.  Patrick begrudgingly joined me for a quick hike up the mountain for a view of the other mountain.  I had been sitting all day and wanted to walk, he wanted a campfire - but with at least three hours of daylight left we both got our way. 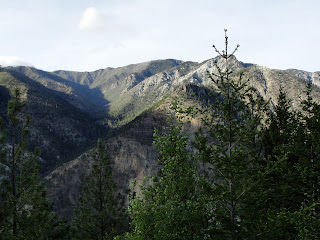 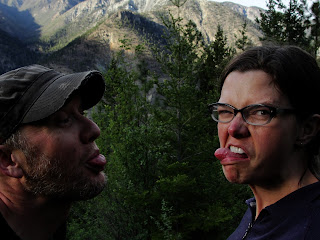 On the way back down to the campsite we saw what was either a black bear or a raven.  It all happened so fast, and it was in the bushes, so we can't be sure.  Other than that and the very loud campers nearby, we had a really peaceful night, a warm campfire, and a sky full of stars and a moon to enjoy.

The goal for the next day was Glacier National Park (Canadian style).  It was quite a slog and we pulled it off... but everything was still snowed under and camping was not a possibility. 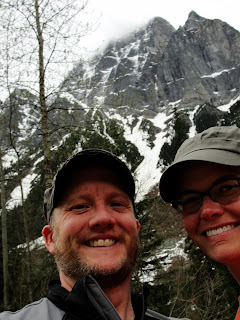 So we ended up in Golden, BC at the municipal campground next to the river and across from the train tracks.  It was warm, it was dry, it was fine... except for the trains.  Nothing but train after train after train.  The campground office even had t-shirts for sale, "Yes, it's the train."  Or something like that.  We only heard one or two train whistles, though, and the lovely views (and the celebratory wine in honor of an anniversary of sorts) helped us to not care about the noise. 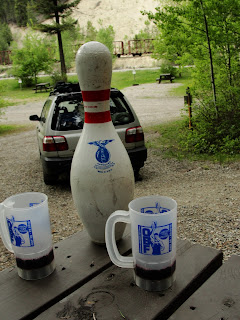 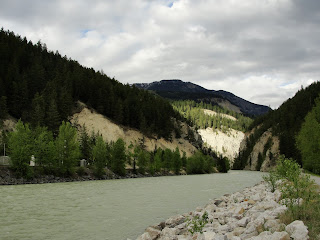 the river views really were quite lovely... 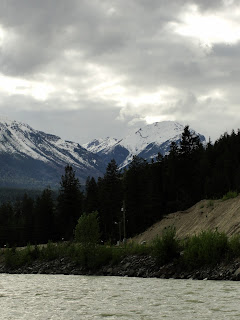 ... note the rare absence of trains

There wasn't a whole lot to do, so we took an evening walk by the river and through part of the town where we noticed a sign for a birdwatching gathering the next morning.  I love bird people - they're observant and quiet and interesting - so we decided to check it out.  The next morning at the marsh, also right by the train tracks, we chatted with one of the leaders of the bird outing and she also gave us some great tips for eastern Canada as well as Turkey (which we can't even begin to think about right now).

As an aside, all our interactions with locals have been so pleasant - they wave at you when you pass them on the road, they give you helpful and useful advice, they don't rag on you too much about the Bush eras (but they also don't hesitate to remind you that those years sucked for everyone outside of the US - yes, we know, they sucked for many of us in the US as well). 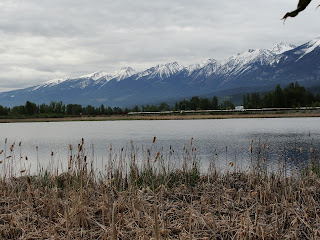 various ducks in the marshy distance 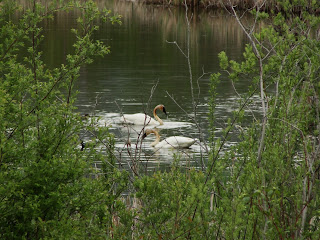 Yoho National Park was not too far from Golden so we were able to score a good campsite at the Monarch campground, and a killer spot at Kicking Horse which opened the next morning.

We opted for Yoho instead of Banff just to get a lesser traveled view of the Rockies, but we did spend some time in Banff too.  Here are a few highlights - the rest can be found on Flickr...  Suffice to say, we need another six months just in the Rockies. 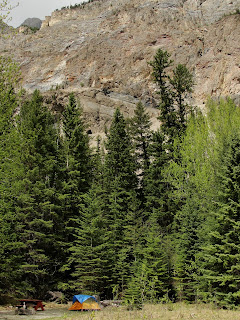 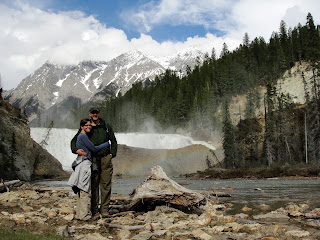 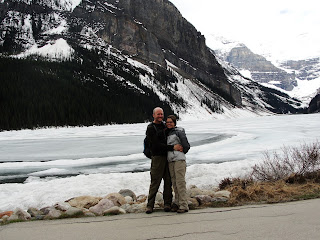 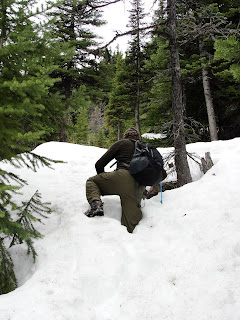 attempting - and eventually giving up on - Little Beehive lookout (Banff) 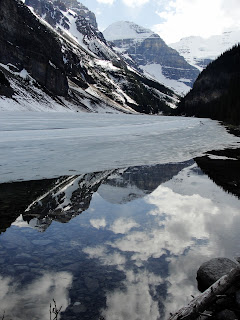 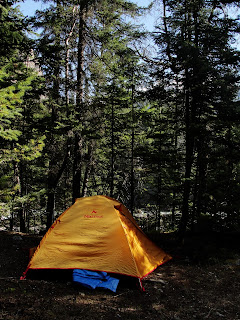 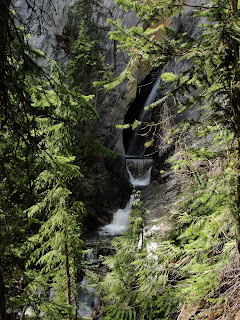 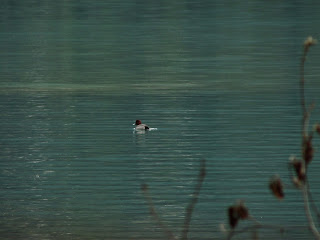 Emerald Lake just before we got rained out (Yoho) 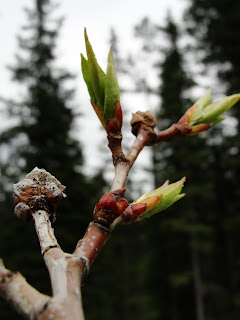 And now we are outside of Calgary helping a hard-working couple on their bison ranch.  Quite a drastic change from the farms on Gabriola Island and a week in the Canadian Rockies, but it's been great so far.  More to come on the ranch, but for now we're looking forward to seeing some old friends tomorrow and getting out to dinosaur land on Sunday!
Posted by Slowly Global
Email ThisBlogThis!Share to TwitterShare to FacebookShare to Pinterest
Labels: camping, canada