Over the last few months we visited our old stomping grounds twice - independently, and for work reasons. Conferences always seem to be hectic and stressful, and while we did see some friends and have some fun while we were in town, these were definitely not slow visits.

So when I saw that the Decemberists' Friday night Edgefield show hadn't sold out a few weeks ago, I immediately bought tickets. YAY! A whole weekend of fun!

Then I checked the calendar and realized we would be leaving Thursday late morning and returning early Saturday afternoon. YAY! A whole 50 hours of fun!

You can actually pack a lot of Rose City fun into 24 hours, especially during the summer months where festivals abound. Just ask our kind hosts for the weekend who recently published a compilation of 365 weird things to do in Portland, Oregon.

Or you can do what we did, and not do very much at all. 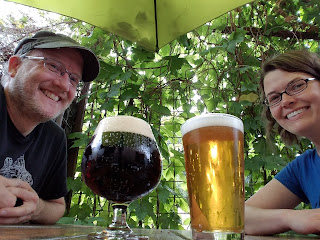 first stop: beer not made by 7 Devils Brewing Co...

Short visits are always a challenge because there are so many people we would love to see (and so many places where we would love to eat). That always ends up hectic and stressful too, so over the past few visits we've switched to quality over quantity. This time we were able to pull off a ¿Por Qué No? dinner reunion with Patrick's former co-workers, a true miracle! 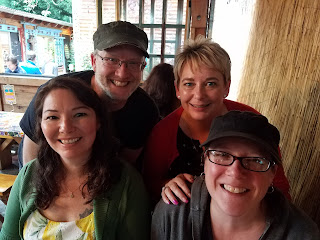 About halfway through dinner I realized that Governor Brown was sitting two tables away. We see our US Senators and Representative fairly regularly around Coos Bay, but we don't see the governor often (or ever, ahem, Kate) and I was a bit star-struck. I resisted taking an awkward photo, but as we were leaving I leaned over and said "Coos Bay says thank you!" I felt like a total hick saying it, but I said it anyway, and the big smile I got in return made me feel... well, even more like a hick.

When we weren't doing that stuff, we kept it simple.

We drove through some of the neighborhoods where we used to spend time. The phrases "WOW that's weird," "WOW that's new," and "WOW that's cool" were uttered quite a bit. 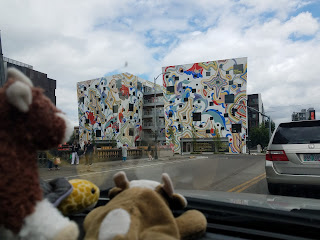 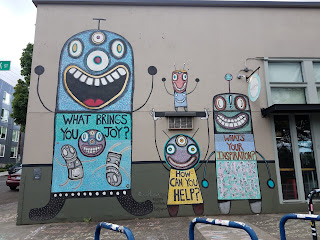 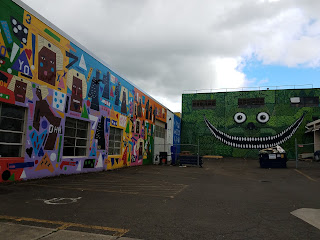 We did "big city" stuff like buy new running shoes and visit independent record stores. We enjoyed the diversity and all the progressive political signs around town. 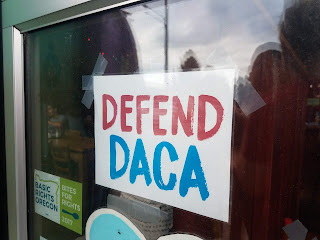 we all belong here®

We met one of our hosts for lunch at the PSU food cart pod Friday afternoon. Indian next to Mexican next to Thai next to Turkish next to sushi next to noodles? Heaven. 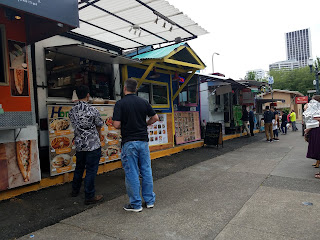 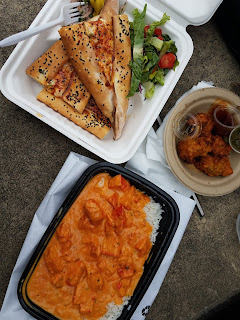 We had a few hours to kill after lunch before meeting our other host for a pre-show beer. There were many, many hour-killing options available so we did what any former SE'ers would do - we avoided any further decision-making and wandered around Laurelhurst Park. 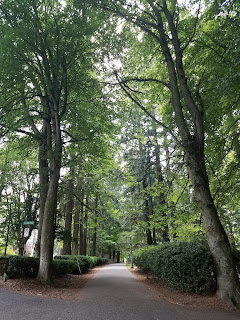 Laurelhurst Park was the spot of our second date; it's where we ran trails in prep for half-marathons; it was 3 blocks from our old apartment so it's where we headed whenever we needed a little nature. Nice to know that some things about Portland haven't changed.

Speaking of change, we knew the beer scene had multiplied like a wet mogwai since our last extended stay, but holy crap! We further avoided any decision-making and deferred to our host to choose. His recommendation was quick and wise: Ex Novo, where all profits go to charities, where the motto is "We gather, we volunteer, we drink beer! Drink Beer. Do Good. Be Awesome!" 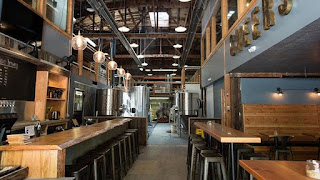 photo courtesy pdx.eater.com
(was so excited to help local charities that I forgot to take a picture)

The band was great, scratchy lead voice notwithstanding... 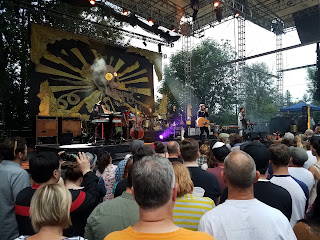 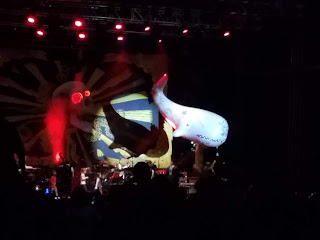 upping the whale game this year

But in keeping with the catchiest tune off their latest album, the crowd was (mostly) awful. Walking to the "restrooms" I followed a drunk man weaving on the path, passed a drunk woman who fell while leaning against a tree, and waded twice through a lawn of drunk people talking through the entire show. We also sat behind a drunk guy wearing the shirt pictured below (I'm pretty sure Colin Meloy would've refunded this man's ticket price and - politely - asked him to leave if he'd seen that shirt). 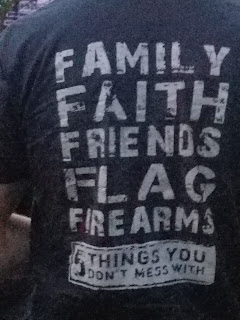 what is this, the Coos??

When did you become a frat party, Edgefield? I got so annoyed that I went to the front to stand with the people who actually cared that there was a band on stage, and as we were leaving we decided that would be our last show there. At least we went out on a low note (Colin can't hit the high notes right now).

All in all, though, it was a great 24 hours. We were happy to visit, and we've already decided to return for several days this fall without any plans.

But we were also happy to get back to little old Coos Bay. We have our challenges here, but we're definitely more comfortable in this rural coastal town than any big city. We're grateful for our experiences over the years that got us here, and we're looking forward to what's next. 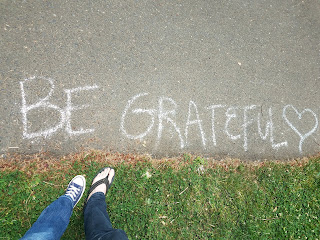 paying attention to signs
Posted by Jen
Email ThisBlogThis!Share to TwitterShare to FacebookShare to Pinterest
Labels: explOregon, gratitude, living like a local, music on the road, pacific northwest, united states