My first text to Patrick when I arrived in Grants Pass for a recent work trip: "Man, I do not miss this area of the world..."

Grants Pass is just up the highway from our short-lived 2016 farm internship, the experience that kind of ruined Southern Oregon for us. We didn't spend much time in Grants Pass last year but we liked what it had to offer - cool food co-ops, decent venues for bands, a small but thriving farmer's market... stores other than Ray's and Dollar General. You know, all the important stuff.

That was still true last week when I visited. Unlike last year, this time I also saw meth addicts, independent-to-the-point-of-obnoxious-obstructionist characters, Trump fanatics... and occasional rays of hope. 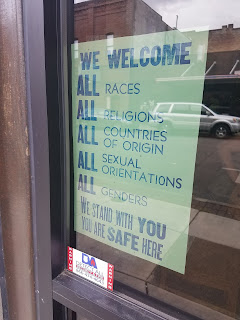 The Haul -
the only place I saw one of these

For those reasons, it reminded me a lot of Coos Bay.

But Coos Bay doesn't have bears.

My second text to Patrick that afternoon included the picture below and the message, "I kinda forgot about (blocked out??) the GP bears." 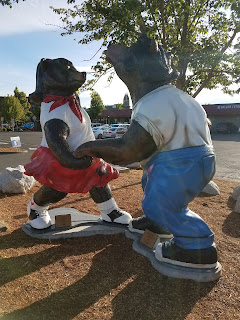 He didn't seem to remember them either. It seemed odd that we would've not remembered such a quirky feature of the city.

I had a few hours between appointments Thursday afternoon so I paid a visit to the visitor's center, where a young woman sat behind the desk engrossed in her laptop. "Hi," I said. "I have a question. What's the deal with the bears?" She handed me a "Bear Fest 2017" map showing the locations of all 53 bears around town. "Okay, thanks, but what's the deal? Are they new?" Five cub statues were new, the rest were here last year. "Okay, thanks, but what's up with them? I spent some time here last spring and I don't remember bears." They bring them out on Memorial Day and they're displayed until Labor Day. "Ohhhh, okay thanks, that makes sense, we didn't visit after Memorial Day. But... why are they here?" She gave me a blank stare.

So I did my own research. The story goes that in 2003, either former mayor/senator Brady Adams or Evergreen Federal Bank (depending on whose interview you read) asked a local artist to produce 20 bear sculptures to stimulate tourism. Since then over 180 bear sculptures have been produced, half of which have been auctioned off to raise over $250K for local nonprofits, the rest of which are now part of the sponsor's permanent art collection. They're displayed around town during the summer and they "hibernate" at Evergreen's Bear Hotel for the winter. Visitors can tour the Bear Hotel for free (reservation required).

That afternoon I played tourist, map in hand, taking photos of every bear I encountered during my 30 minute walk. I didn't get to all 53 of them, obviously, but I managed to collect quite a few photos. Some, like "Carmen Bearanda," were a little offensive and others, like "Circus Performer" and "Circus Ringmaster," were in poor taste (in my opinion). Others, like "Root Bearly-A-Float" and "Beary Potter," were just silly.

Here are my five favorites, in no particular order... except for maybe the first and the last: 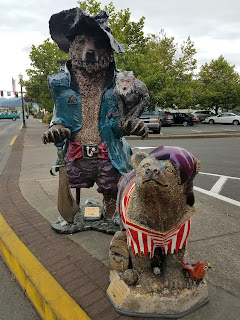 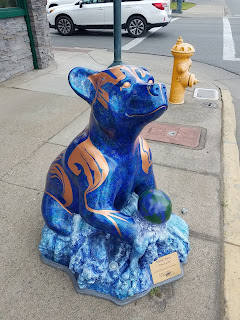 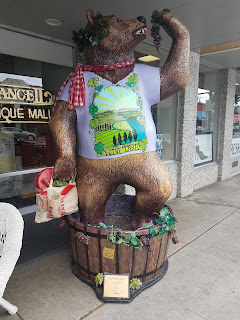 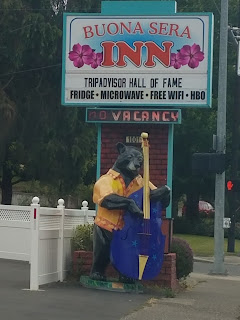 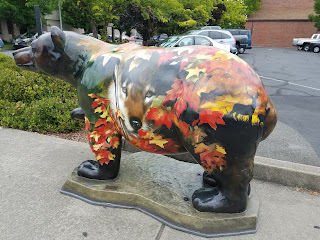 Supporting local artists and supporting local nonprofits in this unique approach to promoting tourism - other coastal towns in Oregon could learn a lot from this approach, instead of just aiming for straight tourist dollars via pricey waterfront hotels, restaurants, and events. (Ahem, Coos Bay.)

Thanks for the fun walk down memory lane, Grants Pass! See you in August for the Decemberists show...
Posted by Slowly Global
Email ThisBlogThis!Share to TwitterShare to FacebookShare to Pinterest
Labels: explOregon, pacific northwest, united states