I had this idea to do a Friday Five featuring five things we learned during our recent WWOOF gig near Myrtle Point, Oregon. As I sat down to make the list, though, I realized that five things wouldn't cut it - even with 16 farms and homesteads already under our belts, we still learned a surprising number of new things during our 5-week stay at this beautiful garden and orchard! 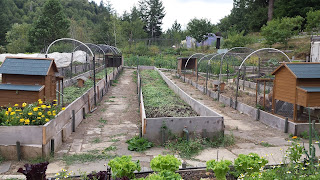 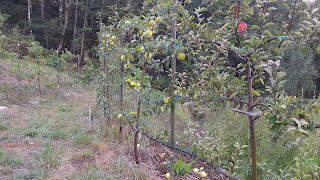 For example, we learned how to harvest watercress, lemon verbena, and chamomile. 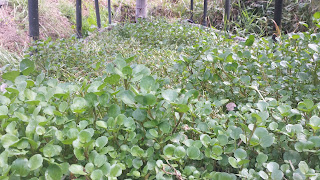 watercress: cut the tips for salads,
then give it all a good haircut to promote growth 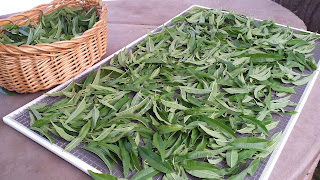 As for chamomile... It's complicated. Next time I see you, I'll explain.

We learned that edible flowers like calendula, nasturtium, and borage make a good salad great. 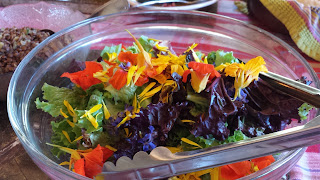 almost too pretty to eat... almost

We learned about the espalier method of fruit tree training, which saves space, is much easier to manage, and (if done corrrectly) should result in a better harvest yield year-to-year. 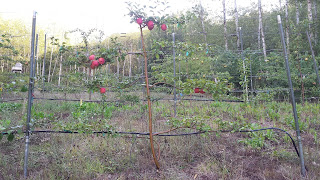 espalier: French for Italian for
"something to rest the shoulder against"

We learned new methods of composting and mulching, including scattering coffee grounds around roses and blueberries; improving orchards with taproot plants that are cultivated as mulch for trees; and using biochar as a soil amendment. 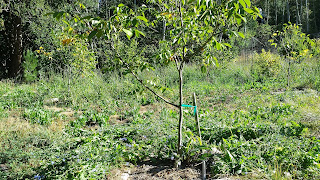 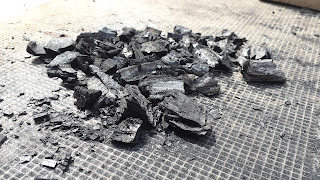 Oh, and we learned how biochar is made - in fact, we saw it firsthand! 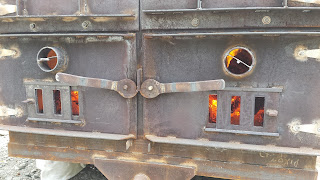 fire in the hole

I learned how to drive a Mule (correctly) and use a riding lawnmower... both of which rank right up there with leafblowing and weed-whacking in my book. But thanks to my Mule training, I finally understand differential locking. So there's that.

We learned that it's okay to plant cover crops with vegetable crops. 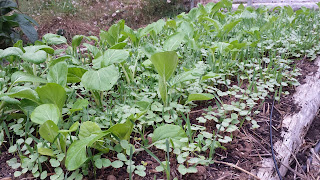 I learned how to can peaches and pears... 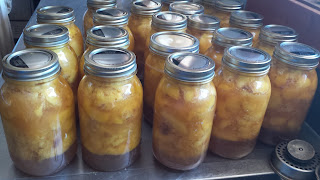 ... and I finally, FINALLY got some practice making cheese - in this case, chevre made from raw cow's milk and kefir grains. 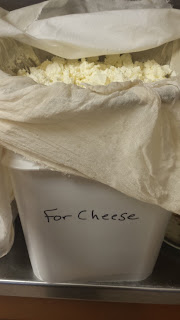 recipe here - who knew it was so easy?

They also make their own brie, gorgonzola, feta, parmesan, and cheddar. And they make their own butter, buttermilk, yogurt, and of course kefir. And a whole lot of other things. (Like bread. Lots and lots of bread. Which we did not enjoy one bit.)

We learned that you CAN grow kiwi in the Pacific Northwest. Maybe bananas too - the jury is still out on that one... 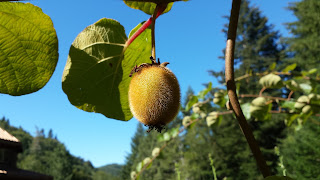 We learned that bugs are doing their part to keep Oregon weird. 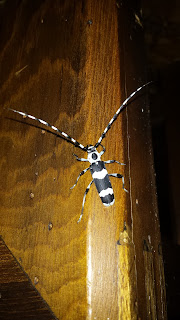 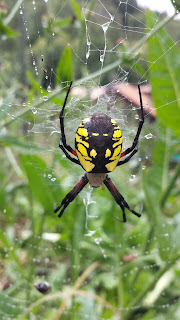 "black and yellow garden spider"
(dear bug namers, could you be a little more original?)

We learned that there really is something to herbal remedies. One of the daily routines was "infusion" tea, which supposedly reduces allergies and respiratory issues, and also improves skin, hair, and general health. 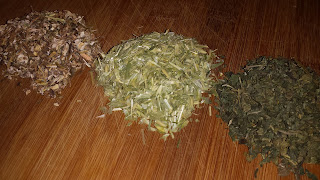 Daily gardening and living in a cabin with a wood stove can sometimes lead to a stuffy nose. We definitely noticed a breathing improvement on the days we drank our "infusion," so we're continuing the practice at our coastal housesit. I also learned the hard way, that arnica salve helps to reduce swelling and pain in tweaked tendons. (And I learned not to cut buckwheat with scissors. Ouch.) 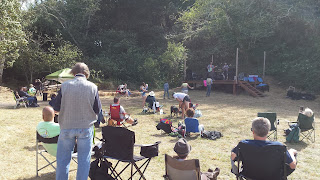 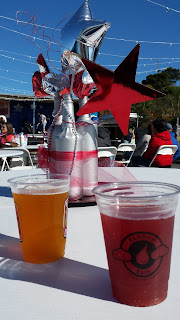 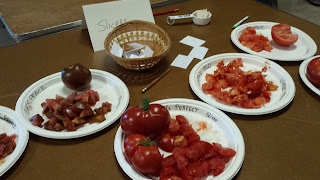 We learned that kittens are AH-DOR-AH-ABLE. 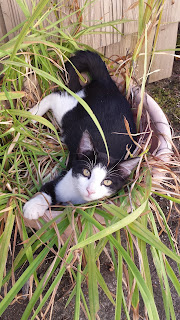 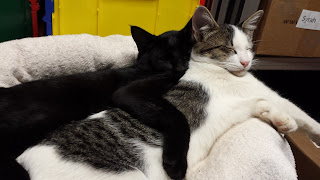 You knew that already, though. 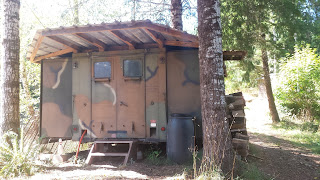 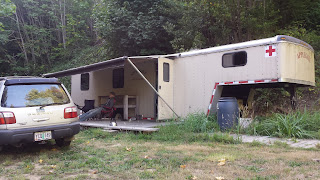 But the most important thing we learned, we actually re-learned. See, we specifically chose this WWOOF experience because of the intentional community aspect. This is definitely something we want to explore as we think about our farm future - assuming you find the right mix of people, it's a great way to share the burdens of cost and labor, and there is much to be said for being surrounded by "your people." (There is also much to be said when things don't go as planned and you find yourself not surrounded by "your people." Exhibit A: Slowly Global's Farm Internship 2016.)

During this WWOOF stint, we spent five weeks with 11 friends who, over the past 25(ish) years, have created a shared space, a shared business, and a shared life together. The only way for this to be successful is to set aside egos, actively listen, and make time for each other. Common sense for any relationship - friends, family, significant other, business partner - right? Well, after the stressful year we'd had to date, let's just say that we really needed this reminder for us. And surely it will pay off if we do go the communal farm route.

This was our first local WWOOF gig, and now that we're housesitting 20 miles away over the winter, we're happy to say that we're walking away without actually walking away. In addition to introducing us to numerous people in the community, our new friends have hired Patrick at their business. I'll be visiting the garden now and then, and we both look forward to continuing to socialize in the coming months. It's pretty unusual to be able to move into a new community having already made a solid group of friends, and we're really grateful that these folks opened their doors and their lives to us.

But first things first! Our Coos Bay housesit runs through February, which gives us just enough time to save up some money, figure out Operation Five Year Plan (catchy acronym pending), and set it in motion... Stay tuned - we may be standing still, but exciting things are coming soon! 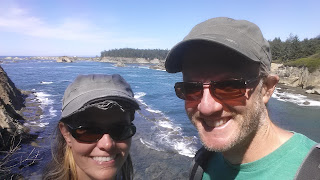 in the meantime, can't complain about our new backyard playground...
Posted by Jen
Email ThisBlogThis!Share to TwitterShare to FacebookShare to Pinterest
Labels: explOregon, health and well-being, living like a local, united states, WWOOFing etc