Back in September, after spending a year traveling through countries where English was not the common language (or barely even spoken at all) we found ourselves in comfortable, familiar Perth.

It was almost too easy.

But over the next three months we were reminded of how difficult it must be to learn English as a second language!

See, Australian English follows standard British English for the most part, which meant that we American English speakers had to mentally translate at least one word per conversation. The most obvious example we noted was their rampant use of "fortnight," which we finally understood to mean "every two weeks." We also had to remove those pesky extra "u's" when reading newspapers. 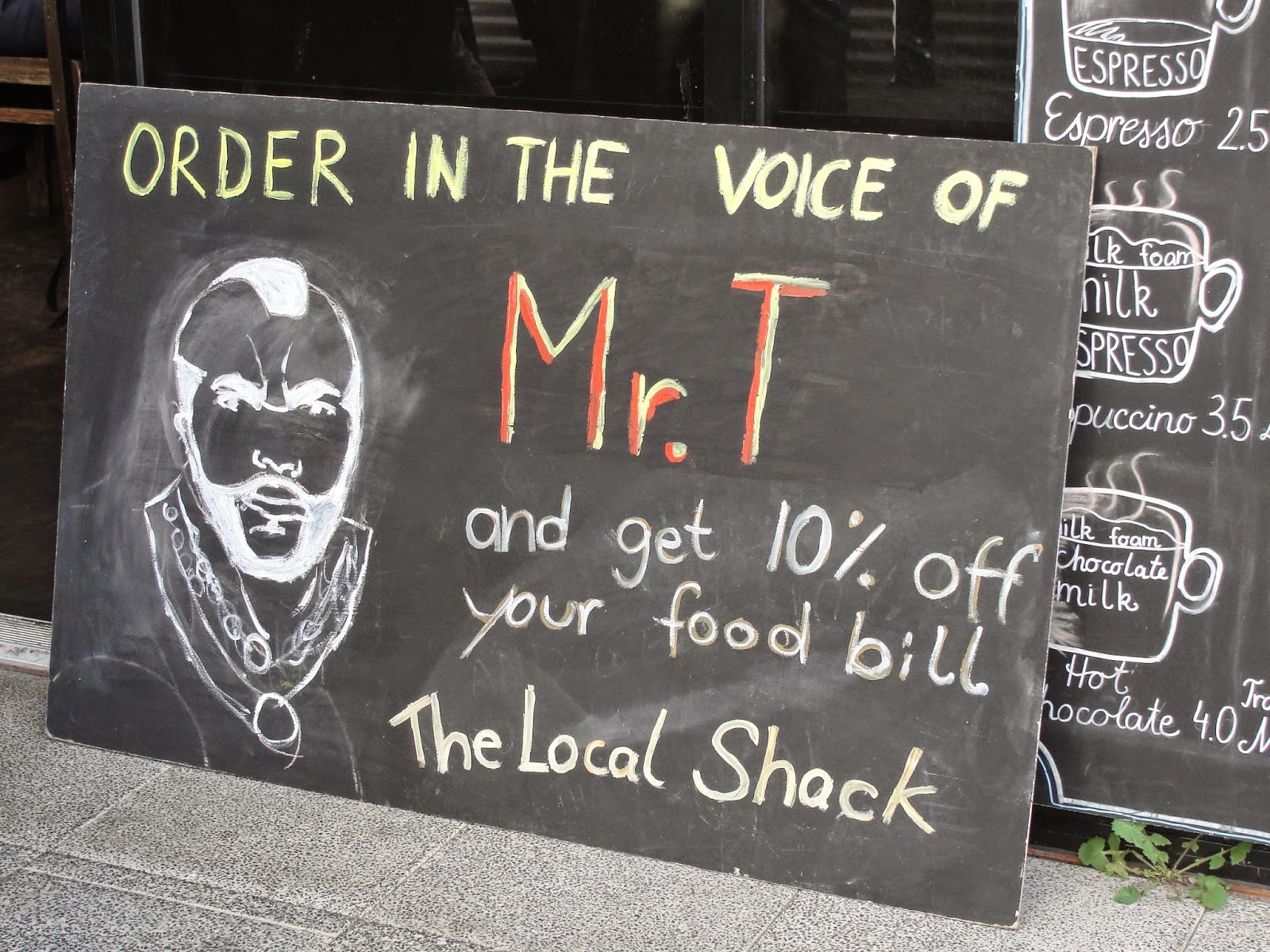 the language of humor (errr...  "humour") is universal though

But unlike the British, the Aussies shorten everything - so "mosquitos" are "mozzys," "breakfast" is "brekky," "spaghetti bolognese" is "spag bol"... and of course "Patrick" was "Pat" for three months.

And on top of this, like any country, each region within Australia also has its own accents and slang. It was fun hearing different dialects and learning new words as we traveled from Perth to Adelaide, then north to Darwin, and finally south to Melbourne and Tasmania (err... "Tassie").

Food words were the most challenging at first. We'd watched enough Wallace and Gromit episodes to know that "biscuits" were cookies. But because we worked on farms, we quickly had to learn that to pick some "silverbeet" for dinner meant to cut some chard. "Coriander" translated to cilantro, a "capsicum" is a red pepper, those "rockmelon seeds" we planted in Swan Valley would turn into cantaloupe, "aubergines" are eggplants, and our first WWOOF host's favorite food was "sultanas," also known as raisins. (Oh, don't forget to use a "serviette" to wipe your mouth while you eat!) 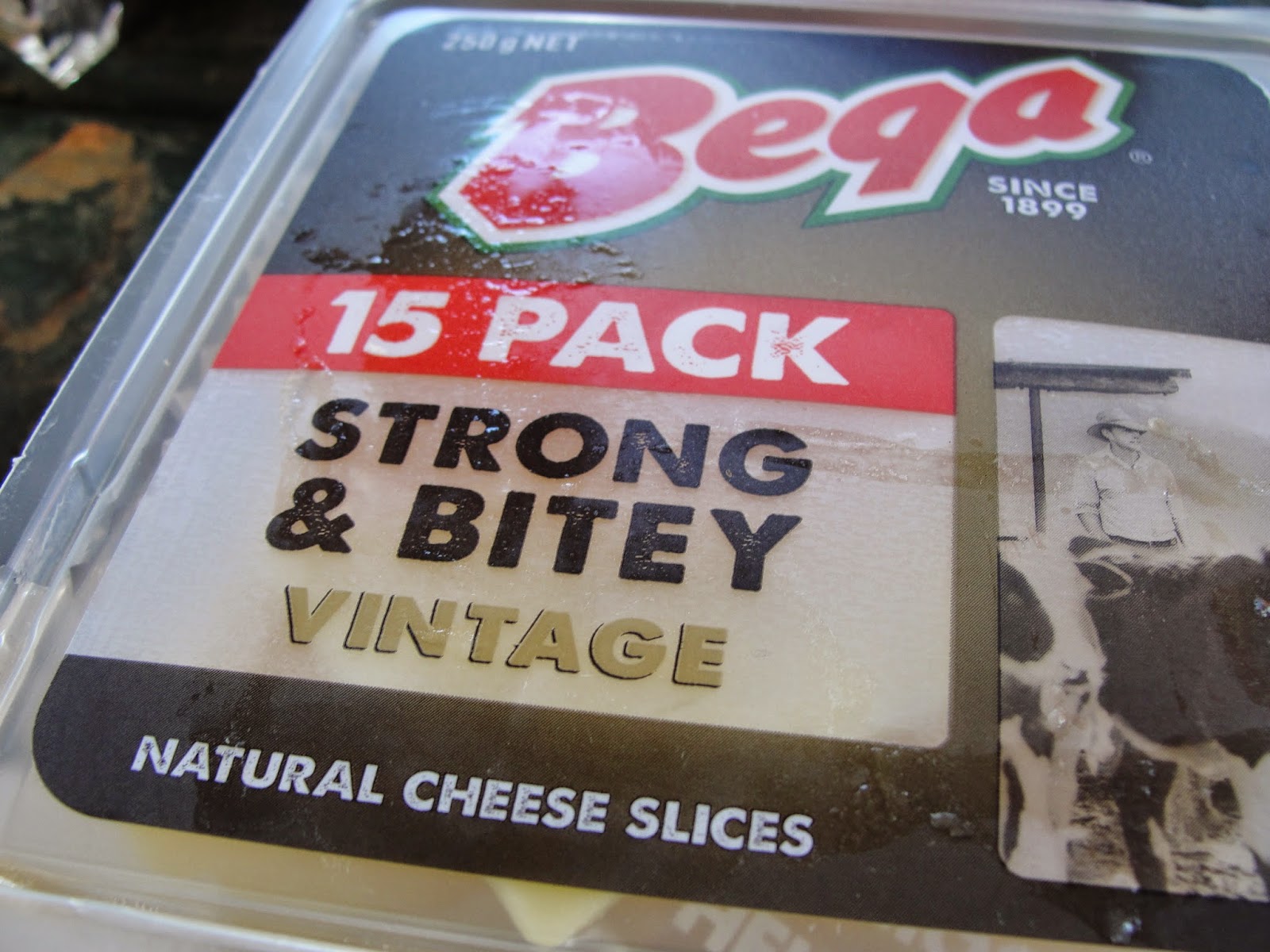 Speaking of farms, "chooks" are chickens. Ever seen a chicken in real life? "Chook" is so much more descriptive! (However, if you go out at night to check on the chooks, don't forget your "jumper" (sweatshirt/sweater), and never wear "thongs" (flip-flops) into the "bush" (forest) where the chooks roam!)

For the record, it's "prawns on the barbie..." Never, ever call them "shrimp." Them's fighting words.

Oh, and apropos of nothing (particularly not farms), "fairyfloss" is cotton candy - it's so perfect!

While we were learning this new language we also learned that Aussies love to imbibe. So if you visit, don't ask for a "beer," ask for a "Stubby" - a 375ml bottle of beer (much, much on beer here). 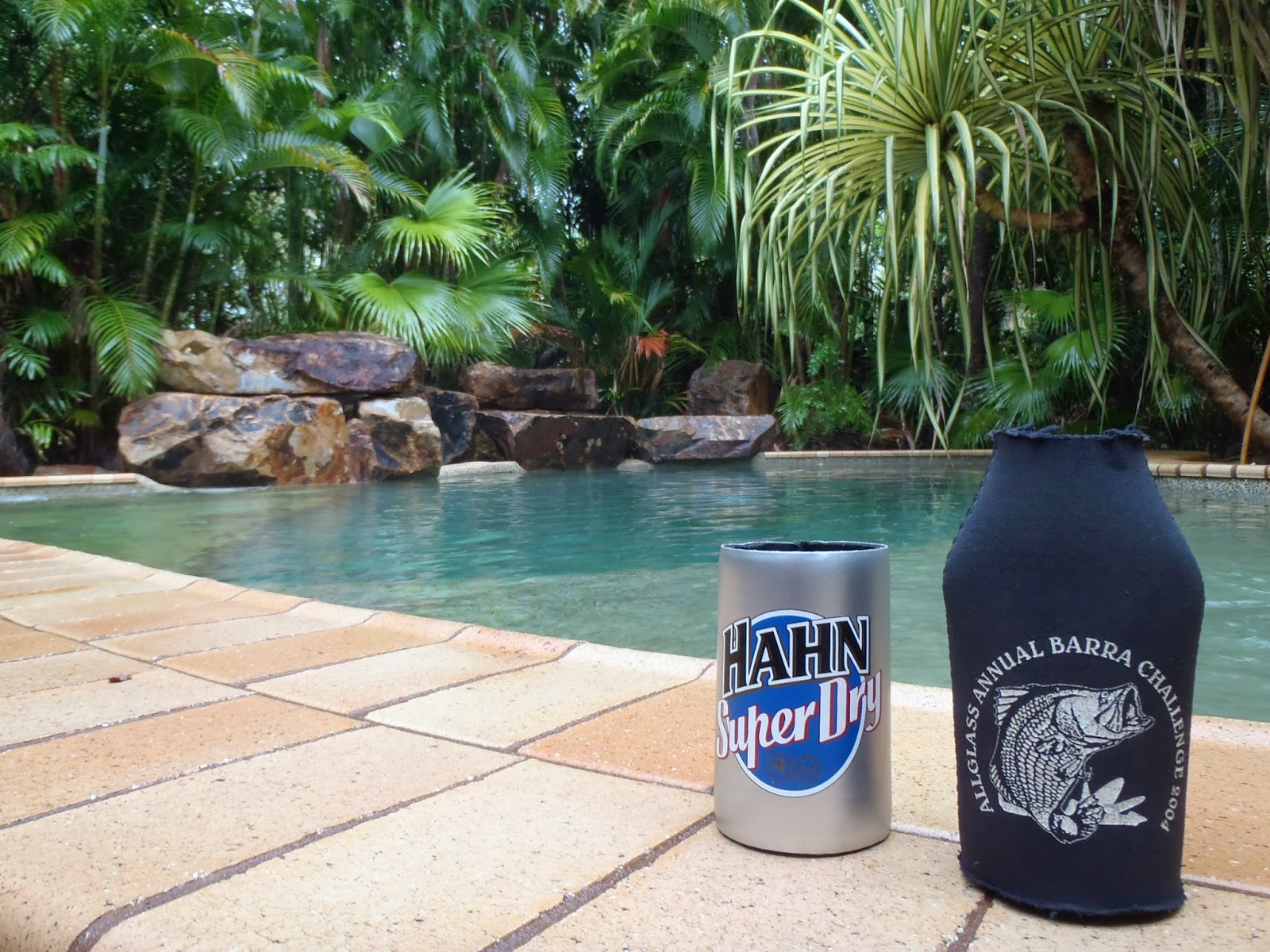 (and make sure it's served in a "Stubby holder")

And if you're on a budget, which we were, expect to drink a lot of "plonk" (cheap wine)... which we did. 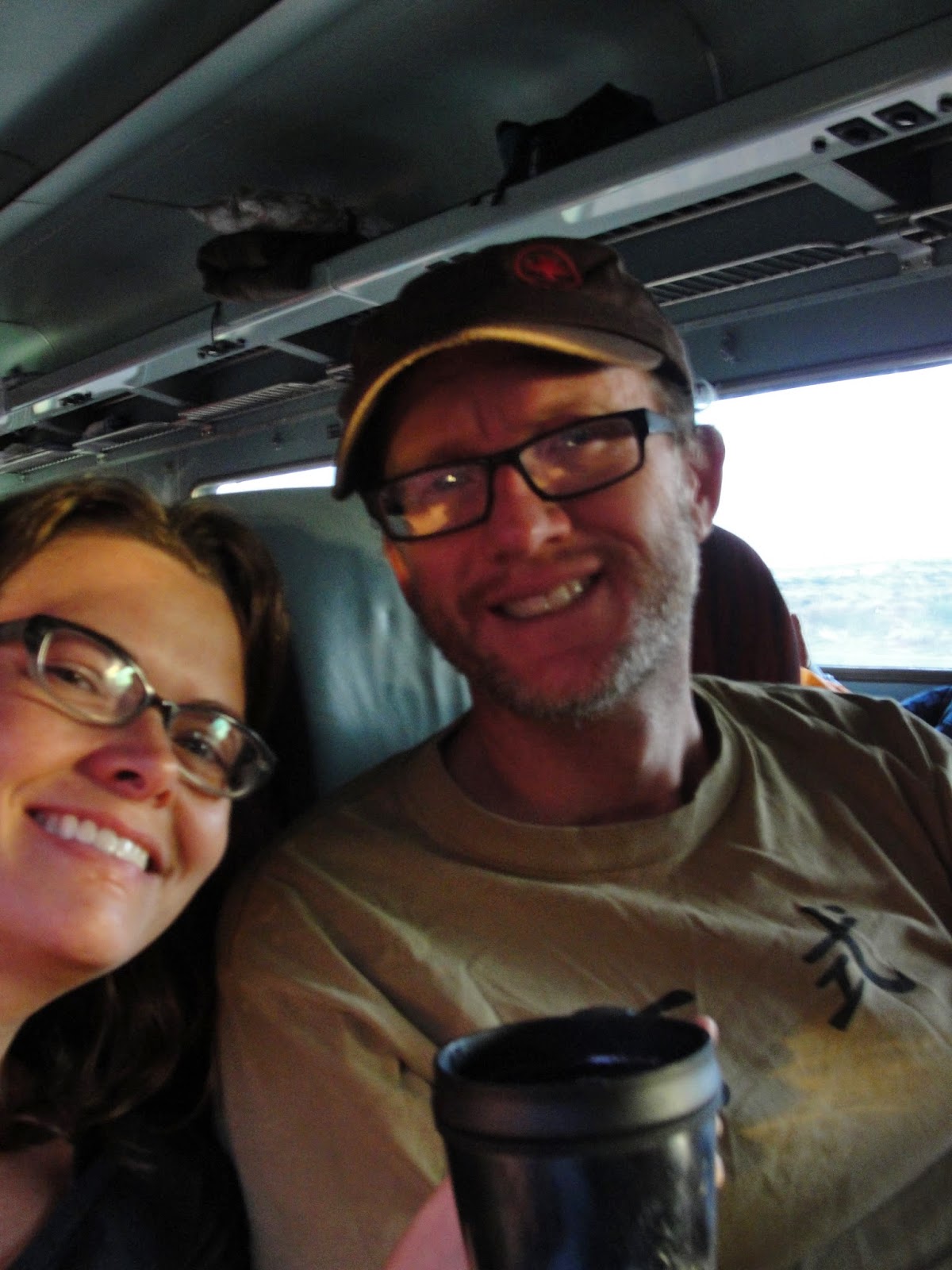 (especially on those three-day train trips)

Slang was the most fun to learn. If you "stuffed {something} up" you $%&*ed it up; if you were "stuffed" you were $%&*ed. "Check ya's" meant "see you later," and "good on ya" either meant "good job" or "thanks" for doing something (for example, pouring more wine... err, I mean coffee... for someone). "Chalk and cheese" was like "oil and water," as in "Sue and her brother are chalk and cheese - Sue drives a '75 Ford F250 and her brother drives a brand new townie ute."

Many more differences between Australian English and American English are explained in this short video. We still use a lot of these words in our daily conversations, even as we start to learn Hawaiian slang, even as we try desperately to hold onto our Canadian accents, even as we occasionally throw out a "namaste" or a "sabaidee" because they are so fun to say. Foreign words, even when poorly pronounced on our part, remind us of good times in great places.

'K den (our Hawaiian slang word of the day), enough for now. To our Australia family - what words are missing from our list? To our fellow travelers - what's your favorite word or phrase that you picked up in another country?
Posted by Slowly Global
Email ThisBlogThis!Share to TwitterShare to FacebookShare to Pinterest
Labels: australia, life on the road