A few Mondays ago we crossed the border back into the US. The border patrol gave us the same funny look as the one in Victoria - "you just did what? where are you headed now? um... what exactly do you guys do for work?" - but thankfully he let us in. And that's when THE CRAZY began.

Actually, Monday night wasn't so crazy. We found Lamoine State Park, a nice state park in northeast Maine, and enjoyed some horsing around and a lovely sunrise. 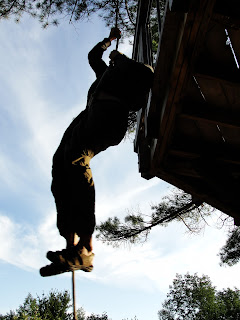 gotta love a campground with a treehouse 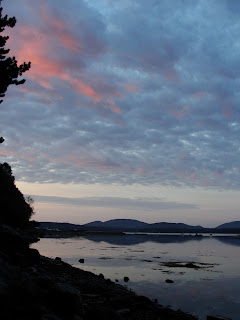 Maine in the morning

Tuesday morning we headed south to Boothbay Harbor for a puffin tour on Eastern Island - a recommendation from one of our WWOOF hosts (actually, she recommended the one off Grand Manan Island but we opted to save several hours and $60 each and go for the Maine tour instead). 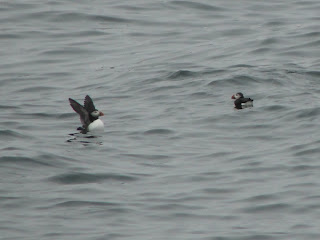 totally worth the time 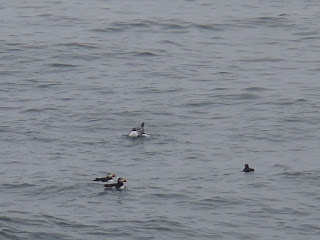 totally worth the money

We only had a few hours in our home city's doppelgänger Wednesday so we headed south (a recurring theme this week) and stayed at a nice motel just north of town. The next morning we checked off the essential Portland, ME to-do list: 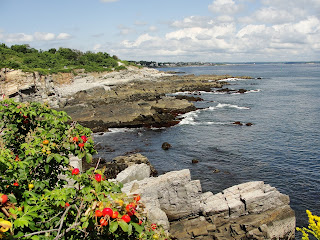 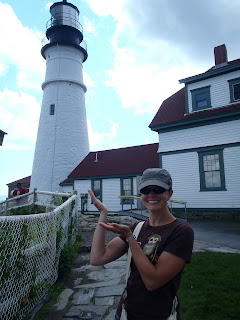 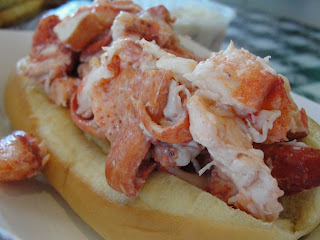 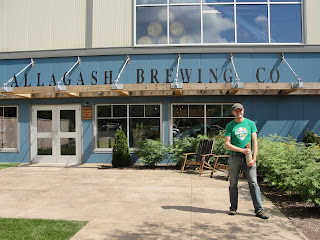 A series of unfortunate technology fails caused us to miss Boston and Jen's cousin, so Plan B ended up being Hartford, CT. Here are the only five things we remember about Hartford, CT: 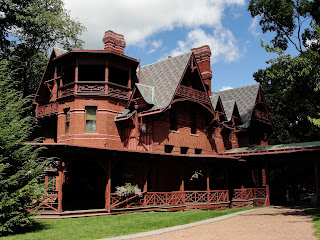 not pictured: Mark Twain
(yes, we know his real name)

So... Thursday we got out of Hartford as soon as possible.

We spent several hours on pretty but tedious highways on our way to Maywood, NJ for Jen's other attempt at a family reunion this week. Ten miles before our destination, traffic came to a screeching halt and we spent the next three hours missing the 30 million residents of Canada and cursing the 30 million residents of NJ/NY who sat in traffic with us.

But! The family reunion happened, and the laughter during those hours almost counterbalanced the traffic jam frustration.

Almost. From Maywood we made our way to Brooklyn. Twenty miles but at least an hour, a traffic-and-INSANE-driver-filled ride, and $20 in tolls later, we were kindly escorted to an awesome Polish pub (in honor of our impending flight) where we ate delicious food and swapped travel stories with Jen's high school friend and his wife. 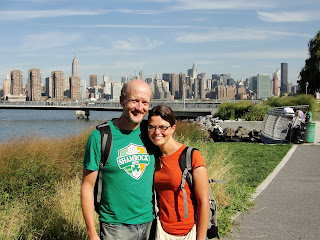 More catching up, a good night's sleep, a quick tour of Brooklyn, and delicious coffee and macaroons later, we were off to Philadelphia for the final stop.

But first, another traffic jam. Natch. 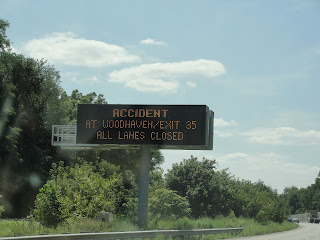 really - I-95 CLOSED?
how can an interstate be CLOSED?

We'd both been to Philly before so exploration was limited to: 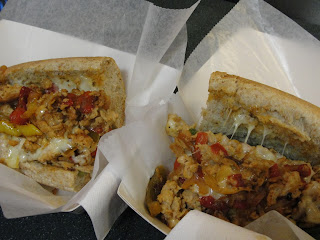 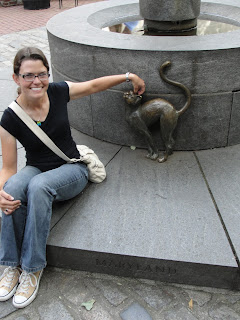 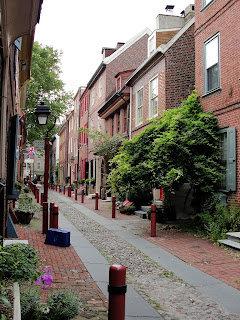 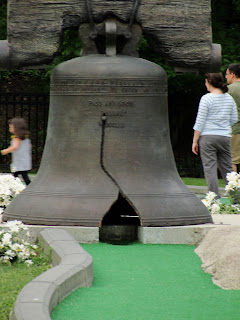 Franklin Square for a round of mini-golf (not really) 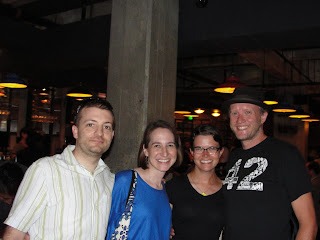 Seven states and four days later, we arrived at our destination and gave the car a much-needed, well-deserved break.  (And cleanse.) 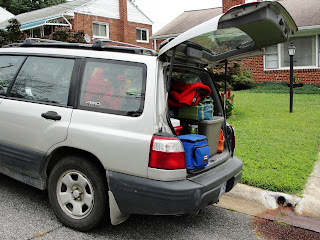 rest for the weary

One more night on the air mattress in Jen's parents' basement and we're on to Phase Two. An amazing journey so far - can't wait to see what the rest holds! 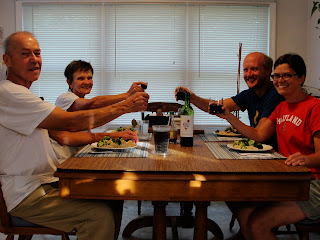